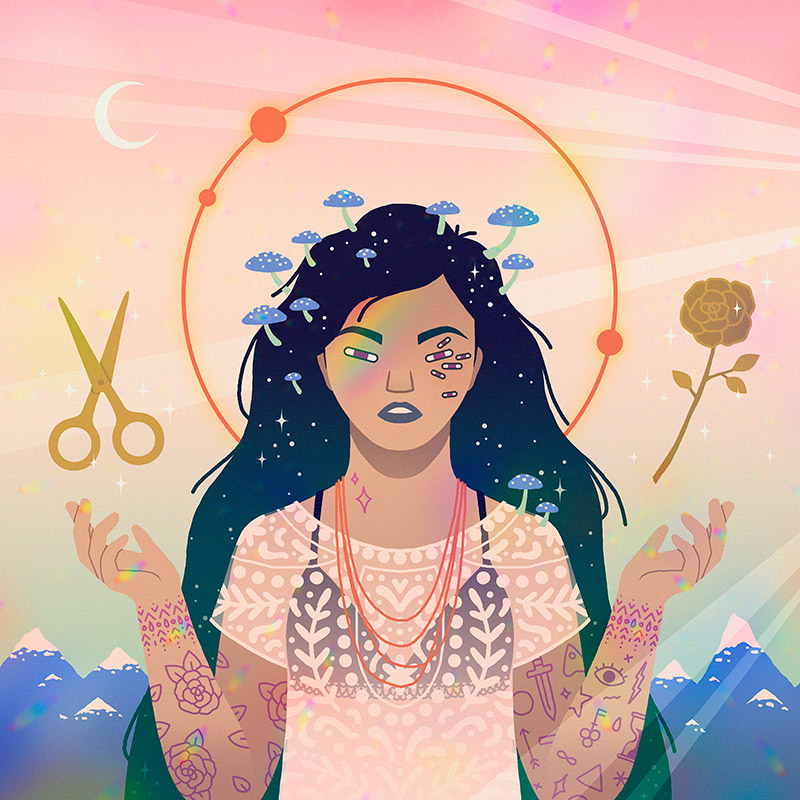 Through both traditional printmaking and contemporary digital techniques, Ithaca based artist Camille Chew (Lord of Masks), leads us into her fantastical universe filled with a cast of masked witches, demons and deities, and a whole host of celestial curiosities. Inspired by mythology, the occult and all things magical, Camille conjures up intriguing images which instantly cast their spell on us, and have us searching for hidden meanings within their abundance of signs and symbols.

Camille is a graduate of Alfred University and based in Ithaca, NY.

“When I was little I really enjoyed fairy tales, fables, and mythology, and I read a lot of fantasy. I think my work has always reflected this, often having whimsical and magical elements in it. I had a great book of Greek myths and a collection of Aesop’s fables – back in high school I did a series illustrating several stories from it. In my junior year of college I took a Pre-Columbian art history course that influenced my work at the time – that’s when I began trying to build my own mythology through my art. During the past two years I’ve started using more occult themes in my work. I think of my interest in the occult in the same way as my interest in fantasy and mythology; there are a lot of great stories, ideas, and imagery that I can draw from and reinterpret to make my own.” – Camille Chew (Society6) 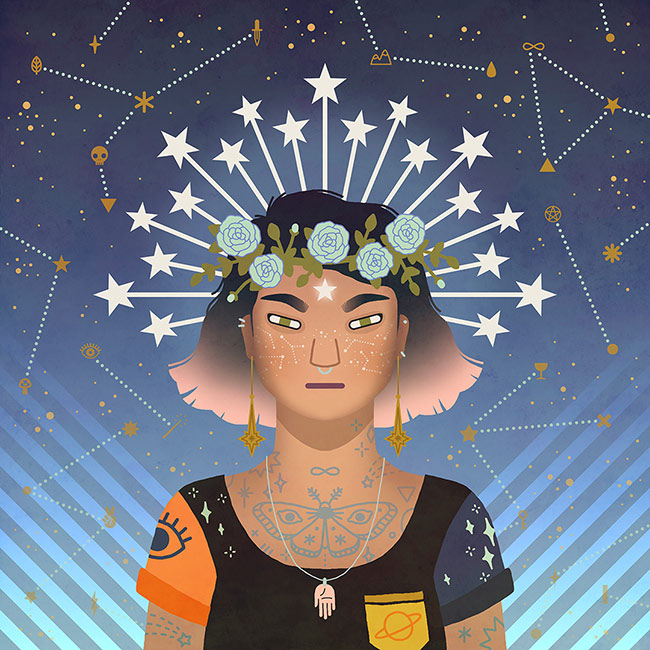 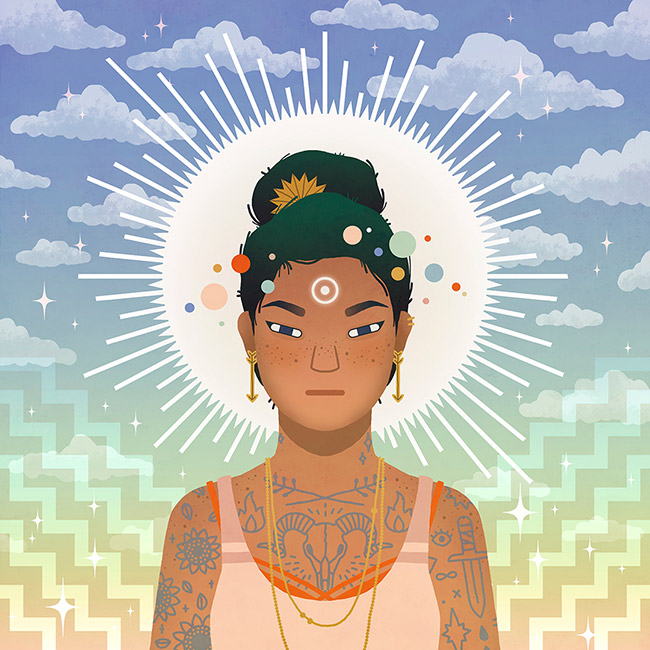 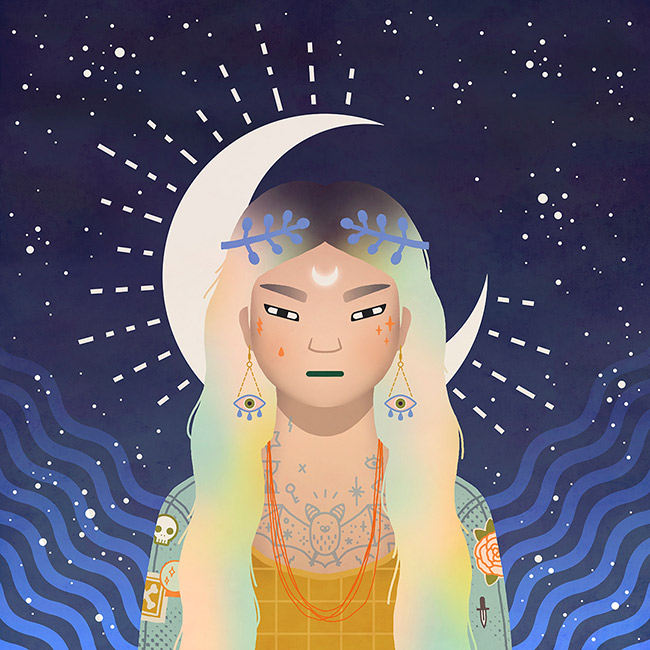 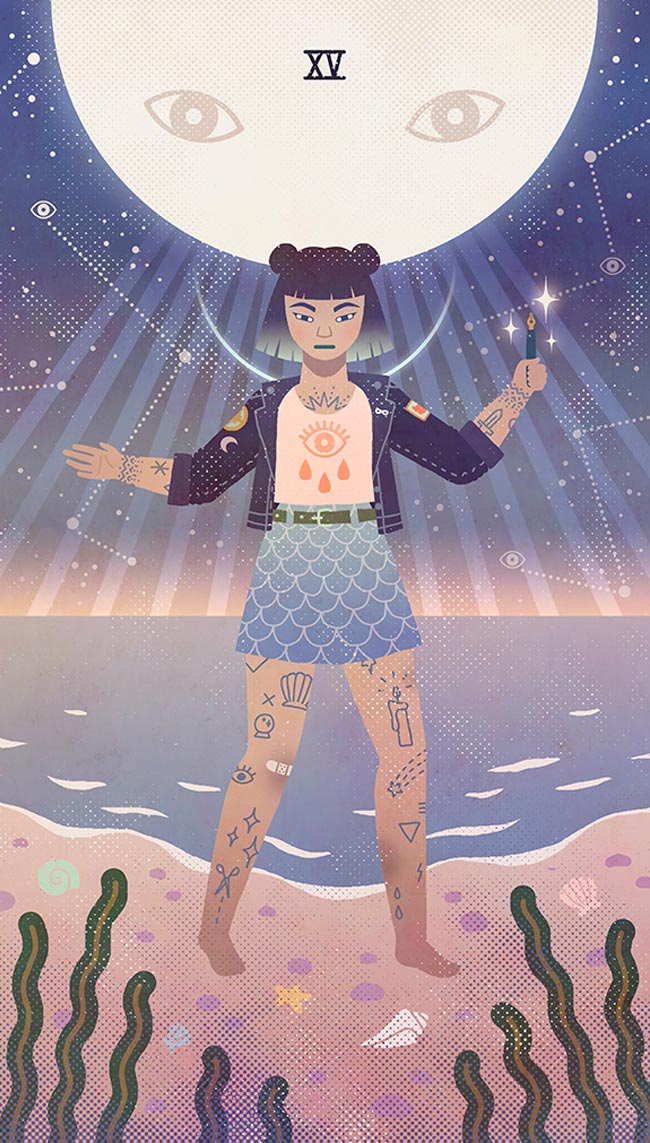 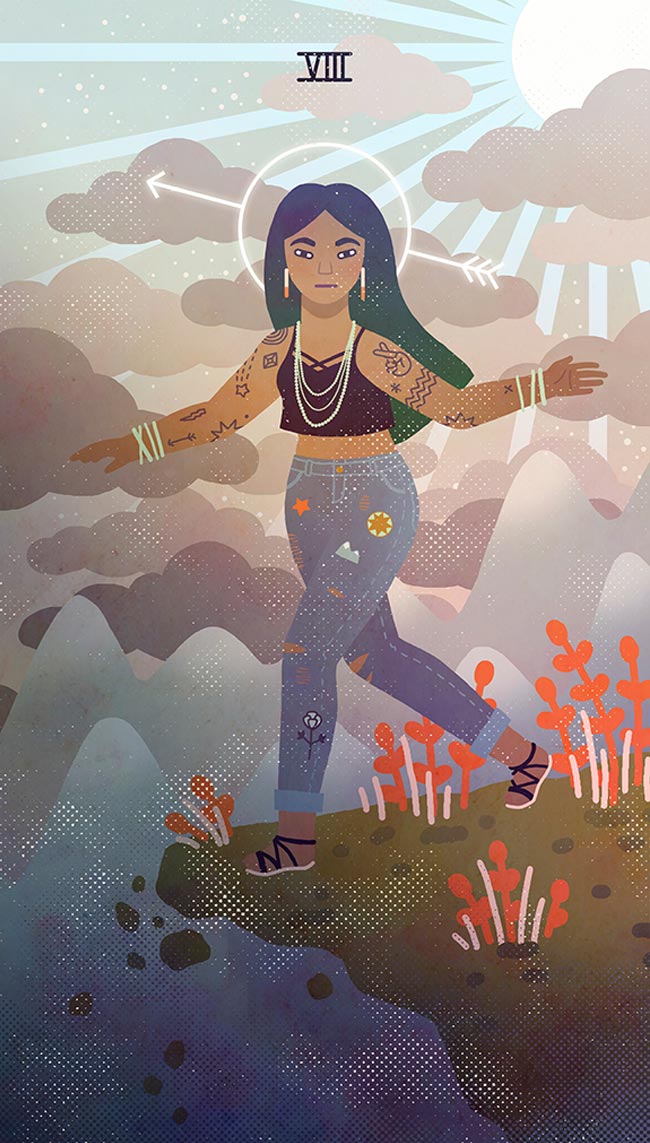 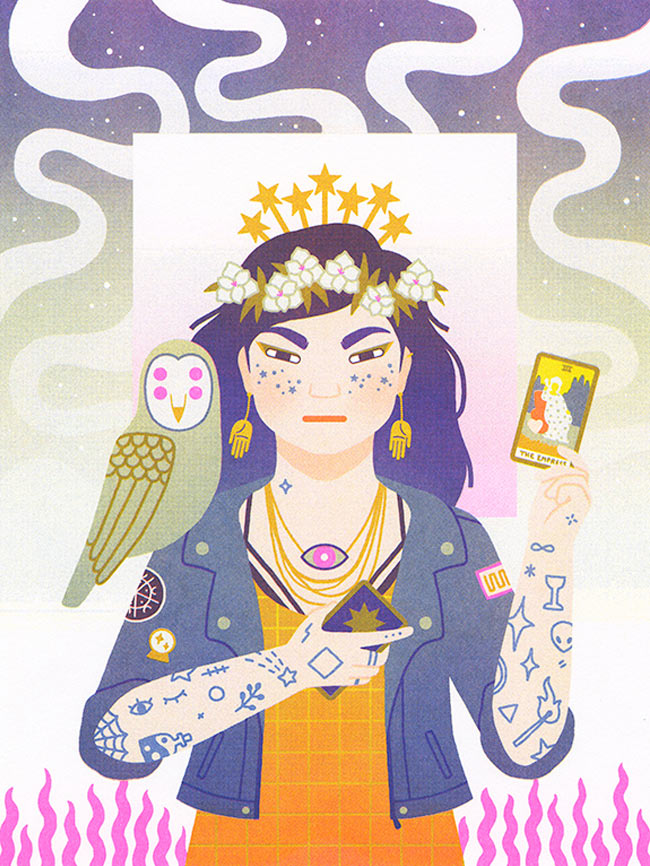 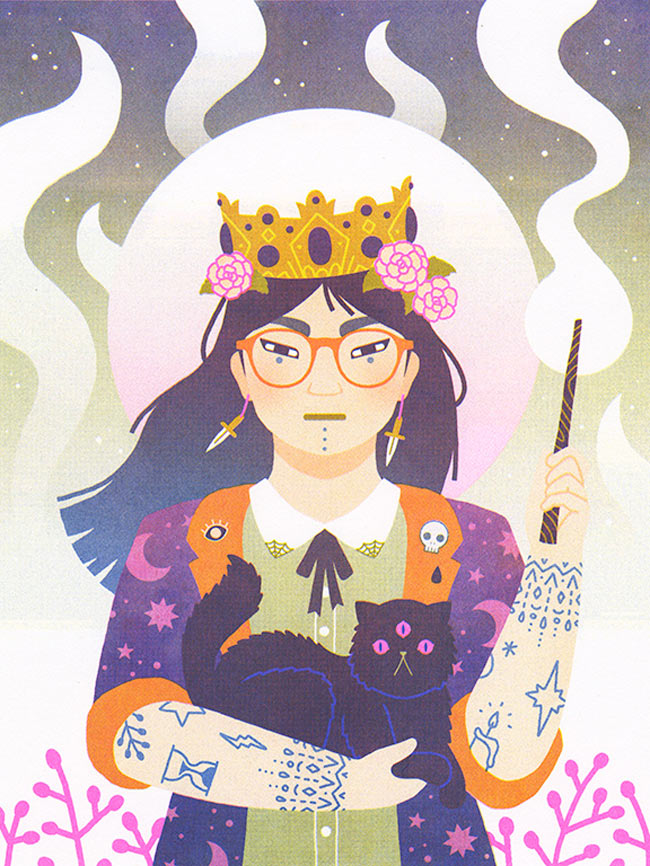 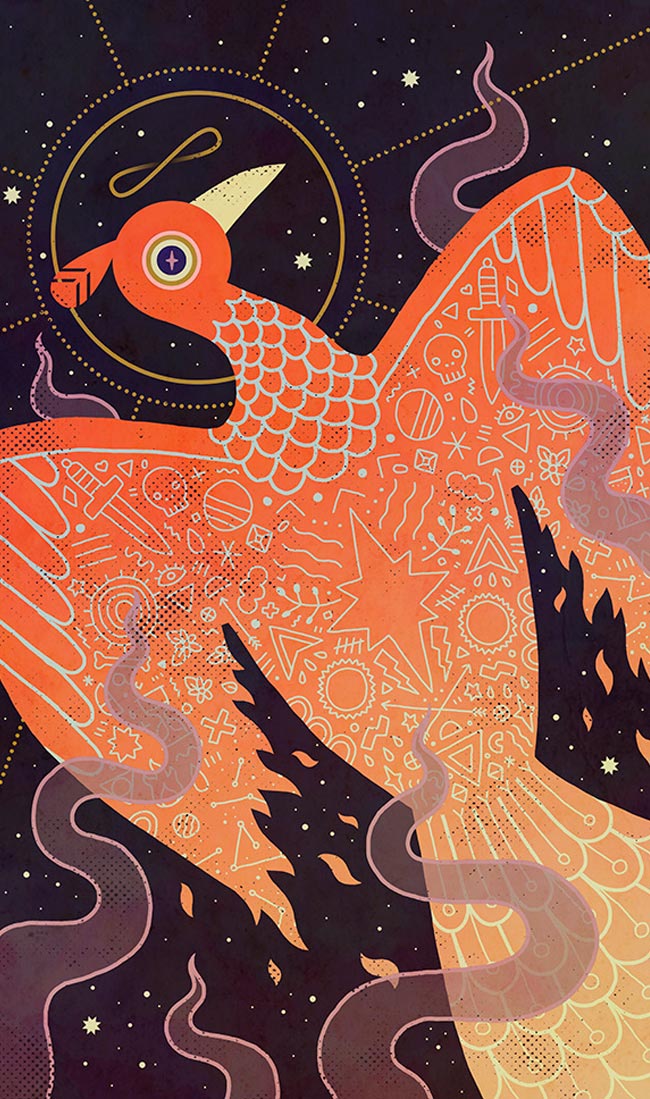 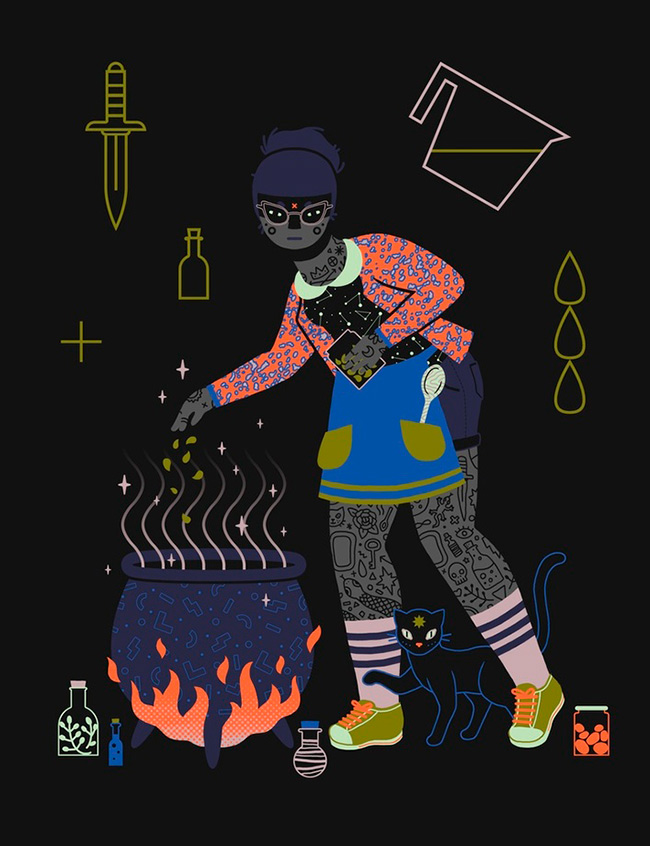 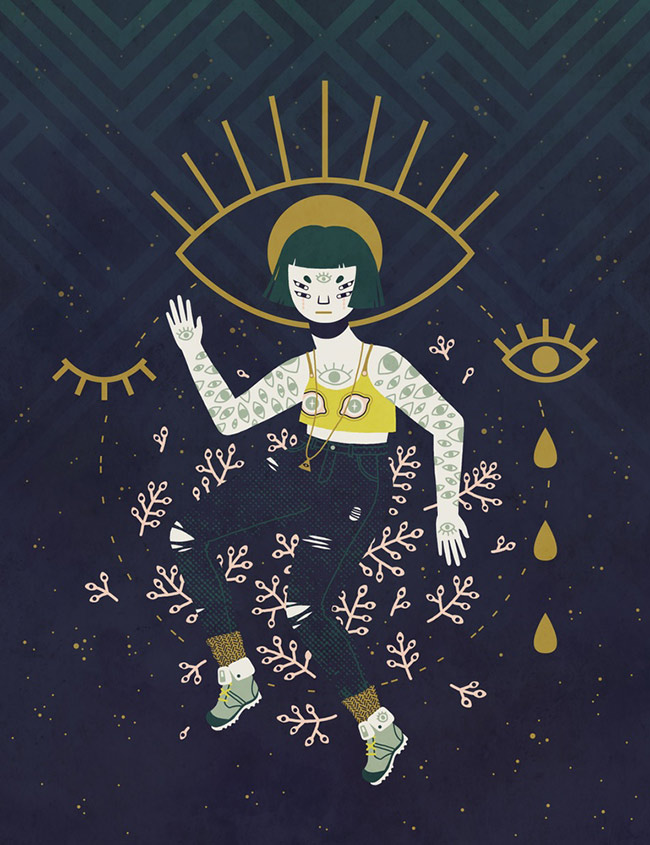