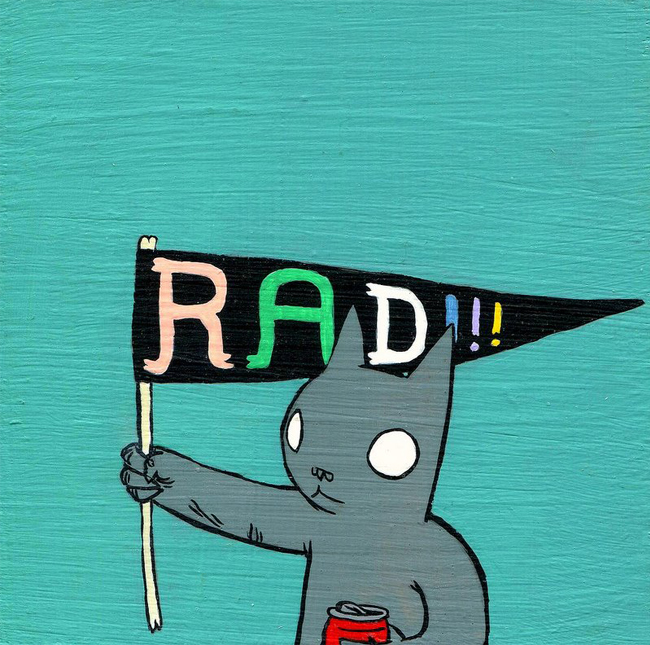 Deth P. Sun is a painter/illustrator currently residing in beautiful Berkeley, California. Originally from San Diego, California, he studied for two years at San Francisco State University, until he transferred to the California College of Arts and Crafts, where he received his BFA in Painting and Drawing in 2002.

Deth exhibits his work about ten to twelve times a year, usually in group shows, but sometimes he’ll produce work for a solo exhibition. His work has been shown throughout the U.S. and abroad (Los Angeles, San Francisco, Austin, Seattle, Detroit, Portland, New York) for the past few years. Deth has also created illustrations or has contributed stuff to (among other things): Chronicle Books, Giant Robot, Tiny Showcase, Urban Outfitters, Fantagraphics, Poketo, Park Life, The Exploratorium, The Howard Hugh’s Medical Institute, The LA Weekly, and Nylon Magazine.

“The cat is more of a stand-in for whoever is viewing it in a painting. It’s not a specifically defined character, so any viewer can slip in and identify with it. So it can be me if you choose it to be, or it can be whoever. But the cat being me is not my intention. As opposed to a human, the cat character is easier to identify with for me. It was a way of creating a genderless, non-race character.” – Deth P. Sun (LA Weekly) 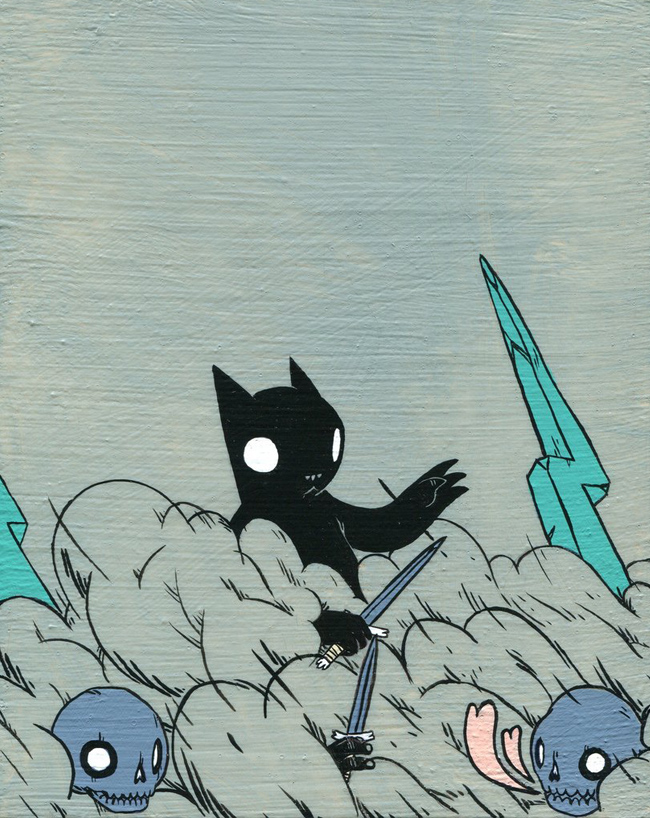 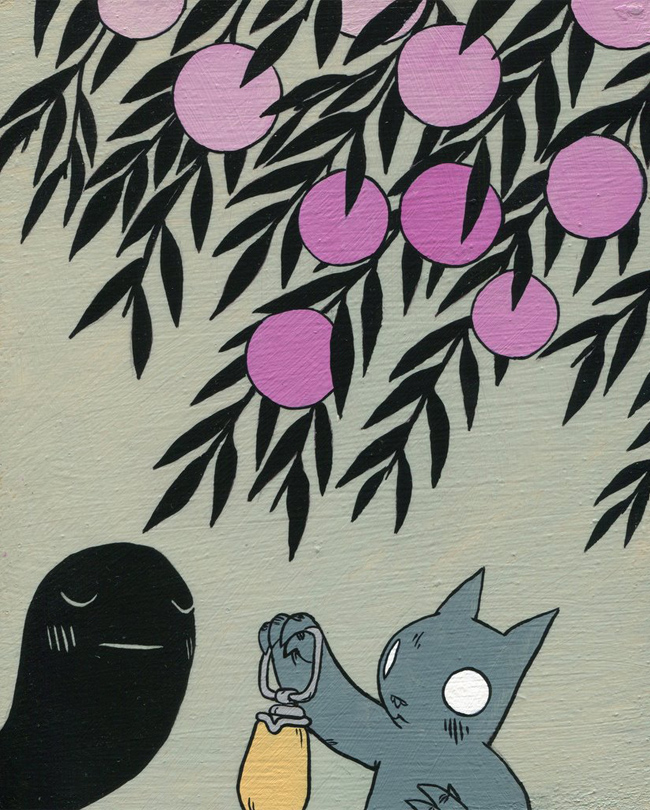 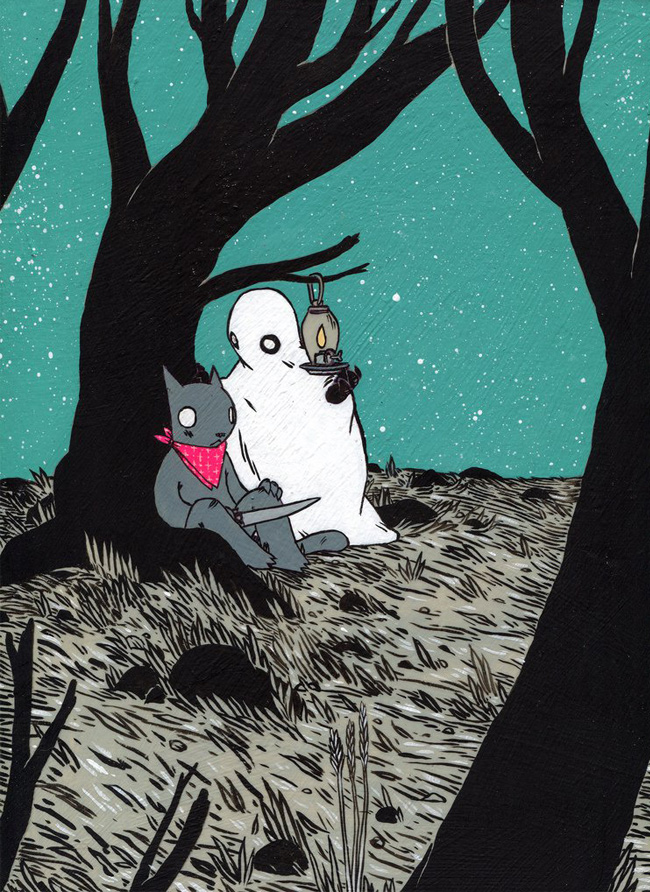 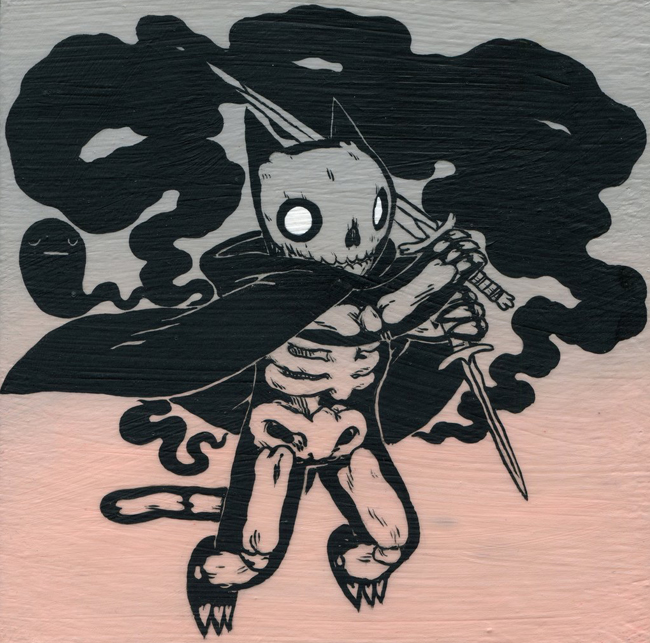 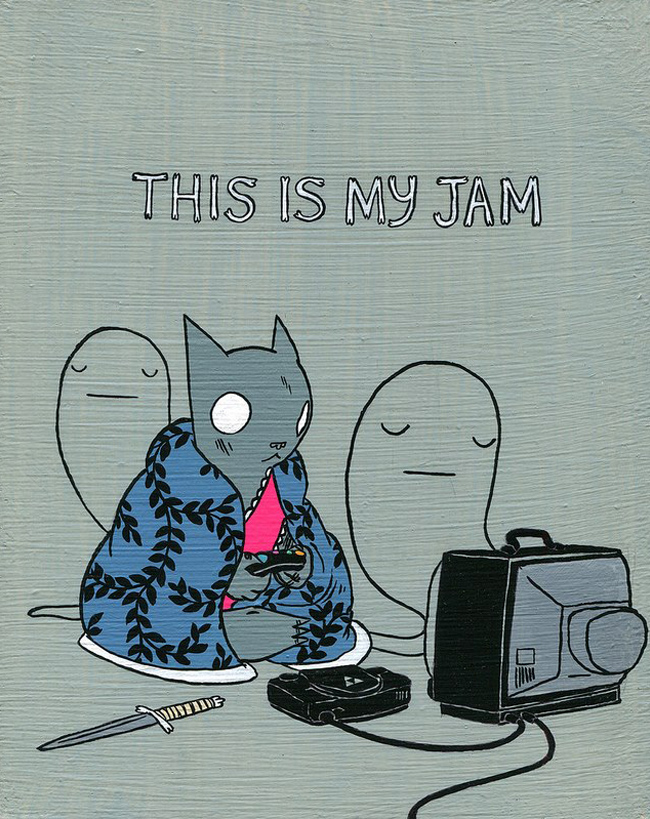 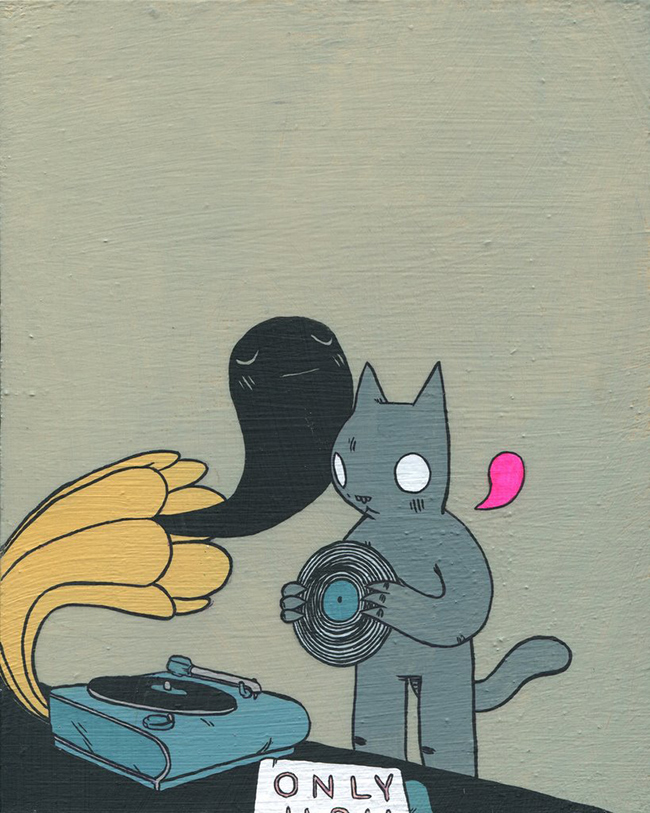 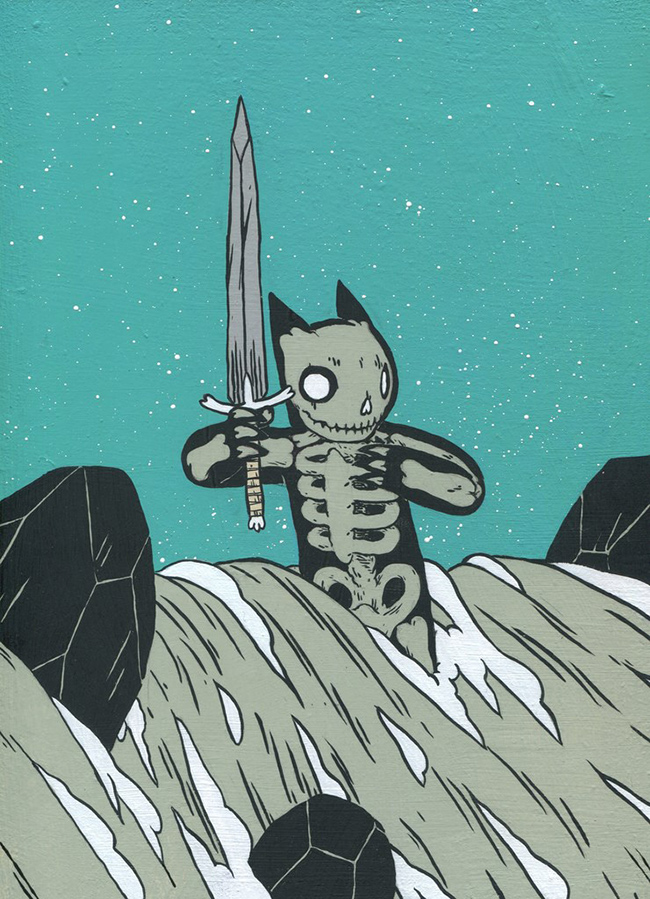 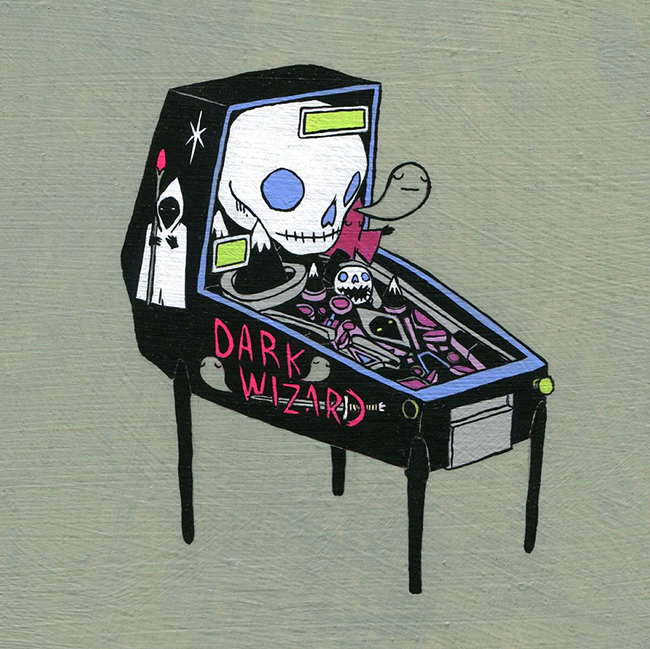 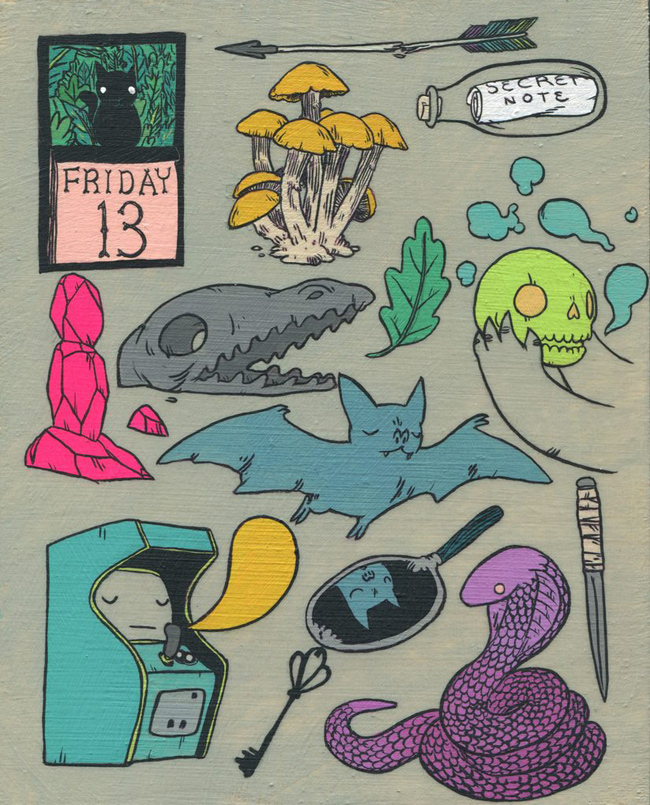 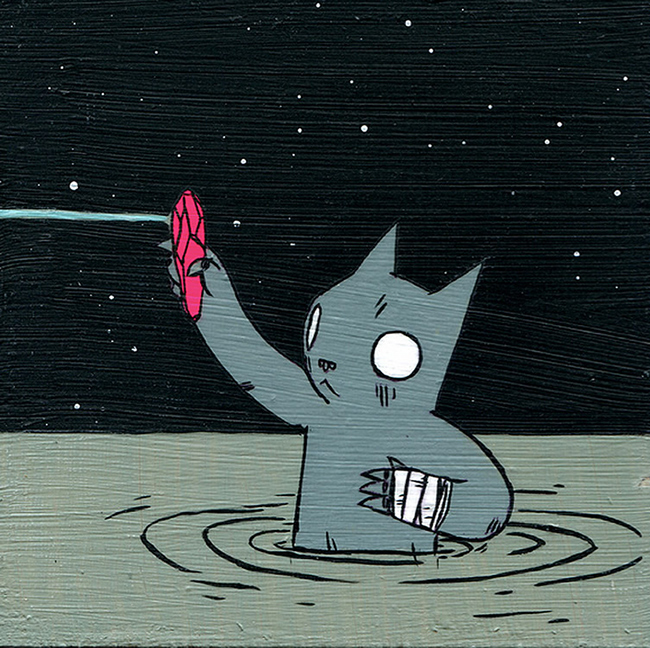 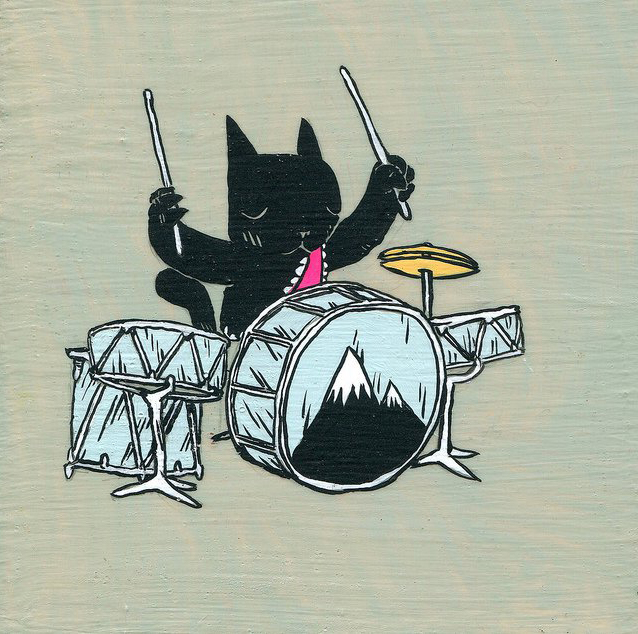 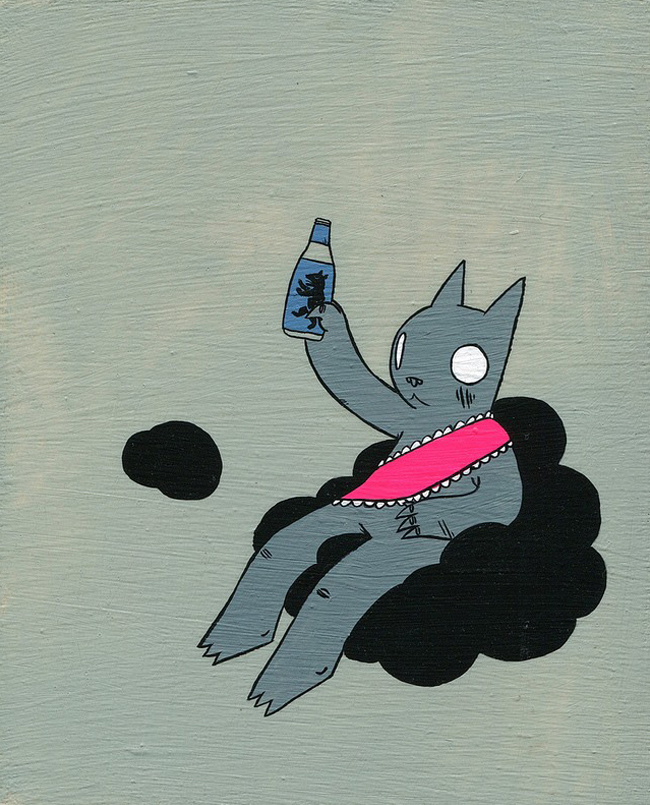 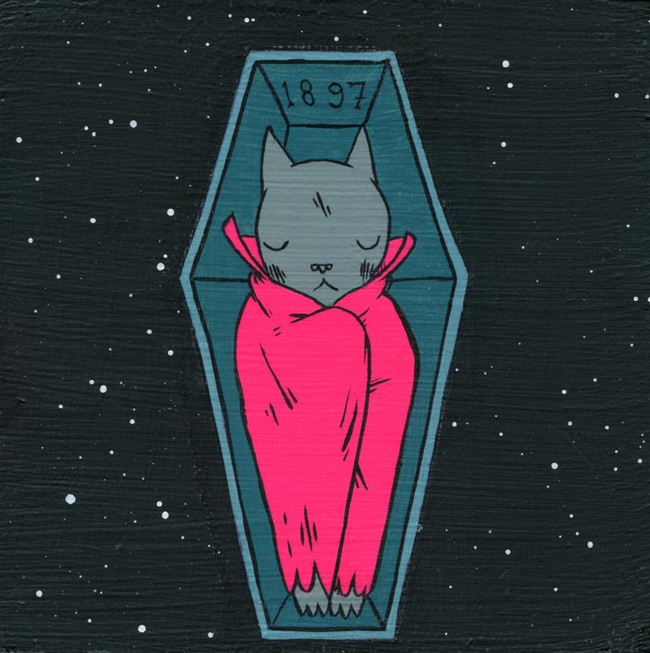 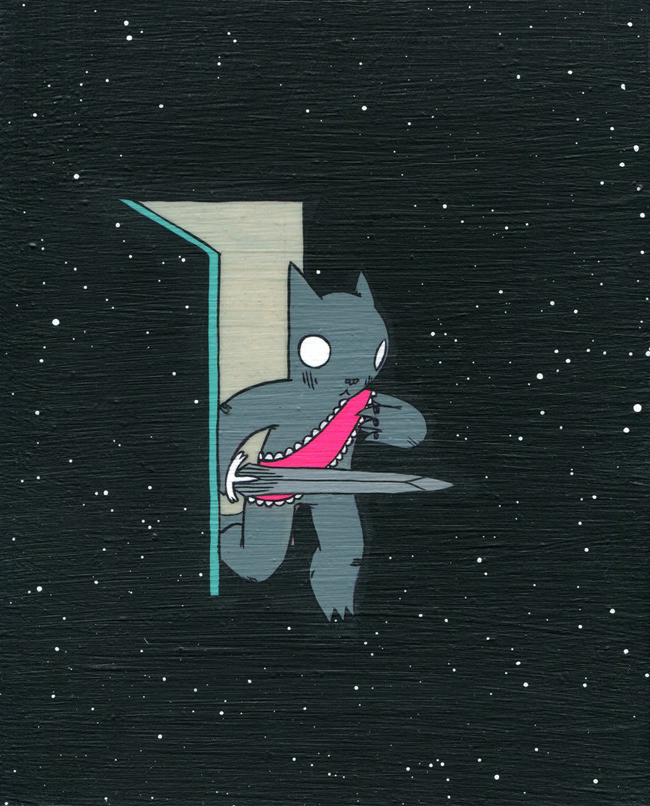 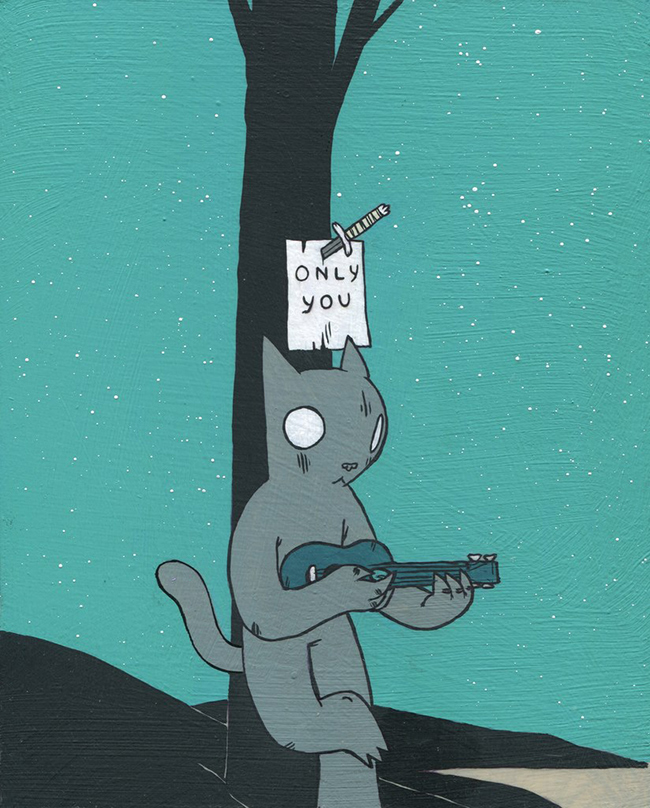 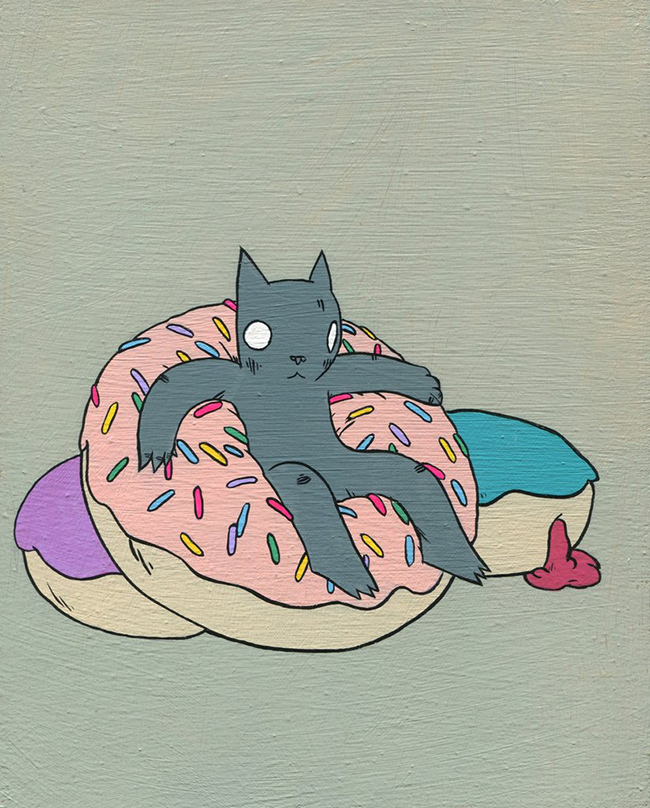