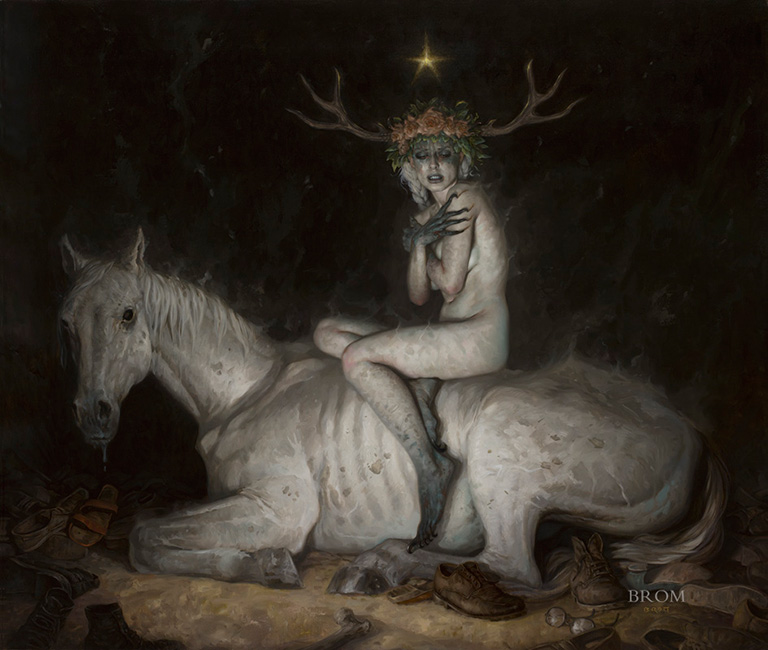 Born in the deep dark south in the mid-sixties, Gerald Brom, an army brat, spent his entire youth on the move and unabashedly blames living in such places as Japan, Hawaii, Germany, and Alabama for all his afflictions. From his earliest memories Brom has been obsessed with the creation of the weird, the monstrous, and the beautiful.

He has since gone on to lend his distinctive vision to all facets of the creative industries, from novels and games, to comics and film. Most recently he’s created a series of award winning horror novels that he both writes and illustrates: ‘The Plucker’, an adult children’s book, ‘The Devil’s Rose’, a modern western set in Hell, ‘The Child Thief’, a gritty, nightmarish retelling of the Peter Pan myth, and his latest concoction, ‘Krampus, the Yule Lord’, a tale of revenge between Krampus and Santa set in rural West Virginia.

Brom is currently kept in a dank cellar somewhere in the drizzly Northwest. There he subsists on poison spiders, centipedes, and bad kung-fu flicks. When not eating bugs, he is ever writing, painting, and trying to reach a happy sing-a-long with the many demons dancing about in his head.

“I simply love monsters, love the macabre, it is my youth, it is who I am, so it makes me happy to play there, it is how I satiate my inner demons. Also, if you look closer you might find for the most part I seek beauty in the darker side of things, I am drawn more to the romantic gothic side of evil even in it’s more grotesque forms, the aesthetics of tragedy and death.” – Gerald Brom (io9) 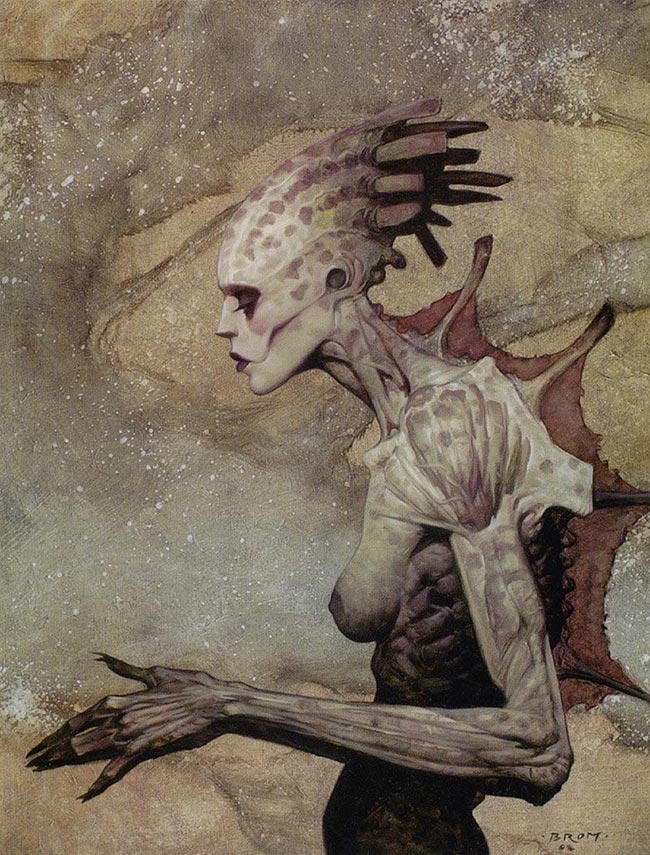 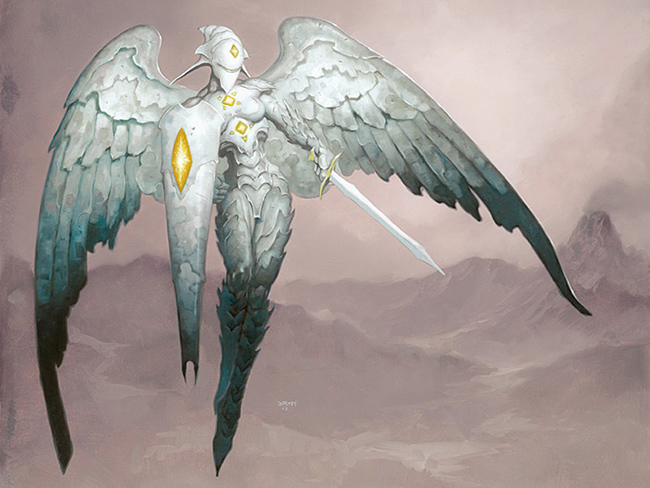 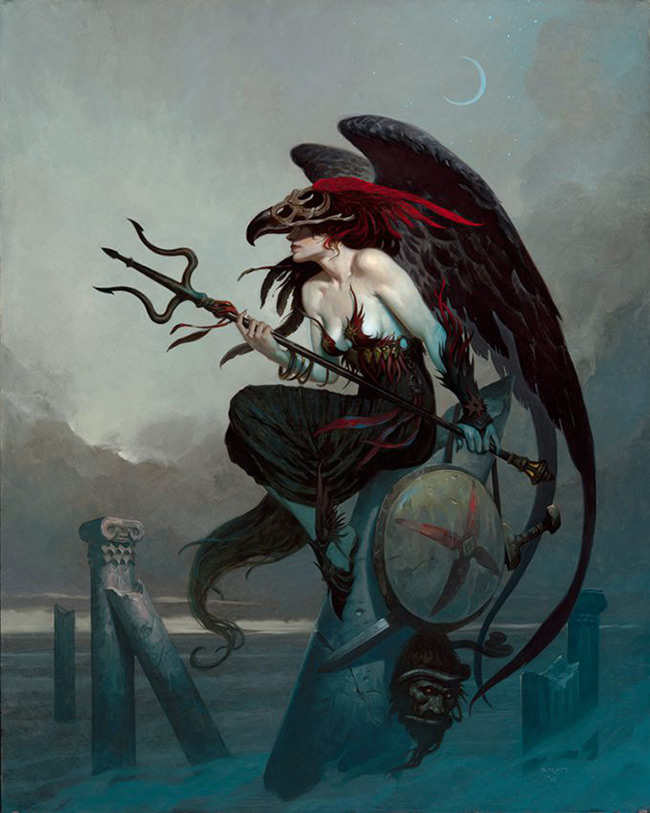 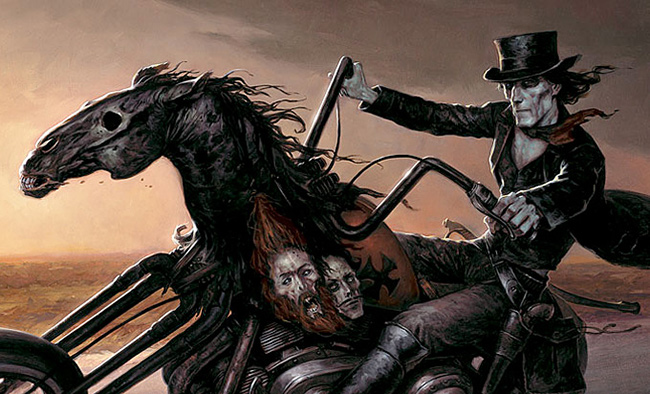 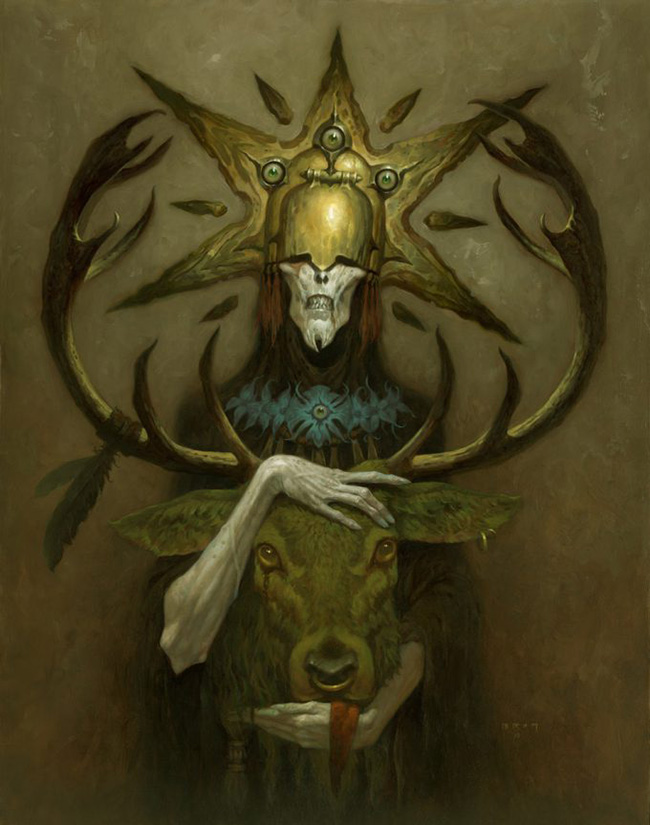 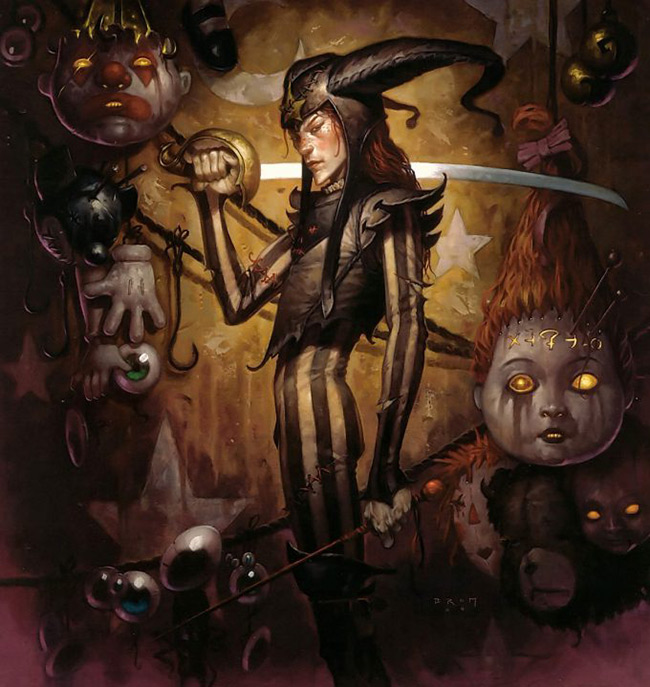 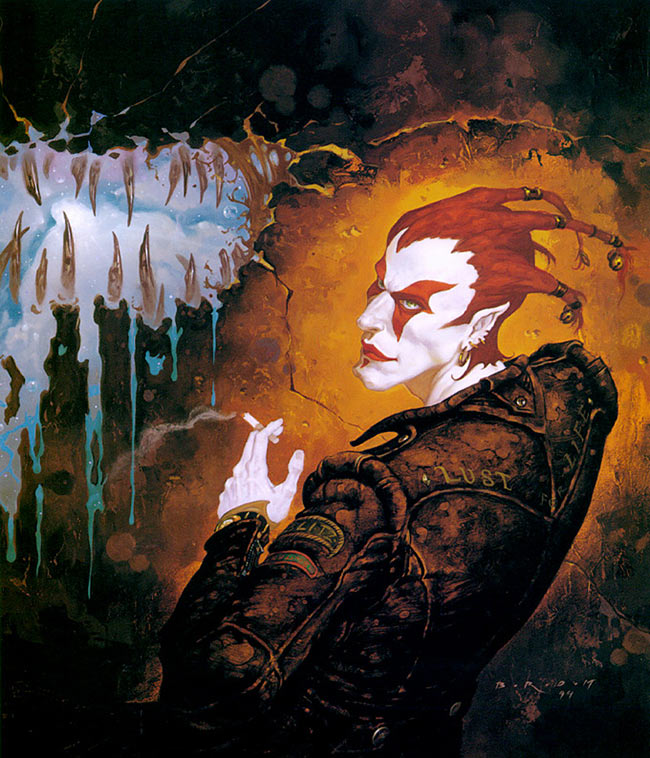 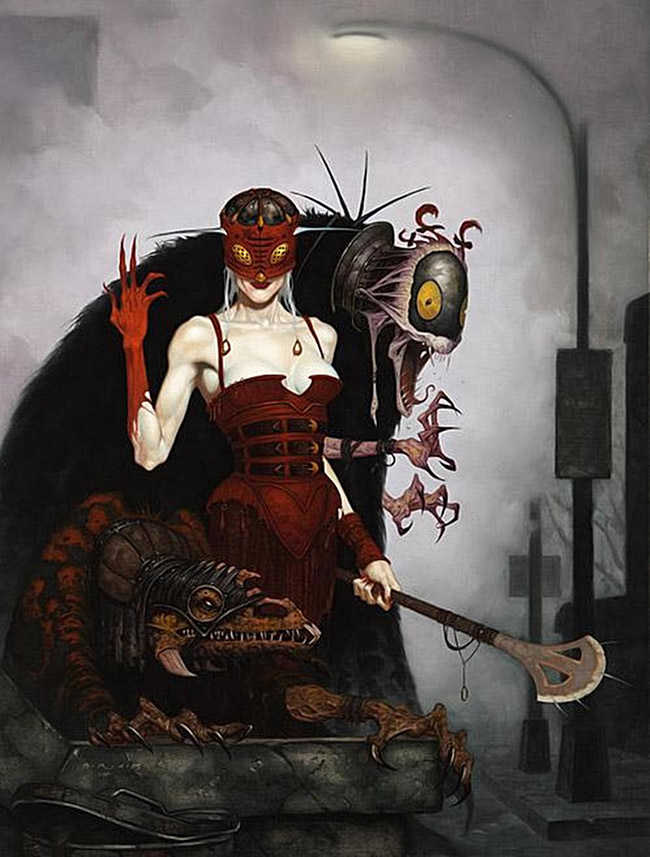 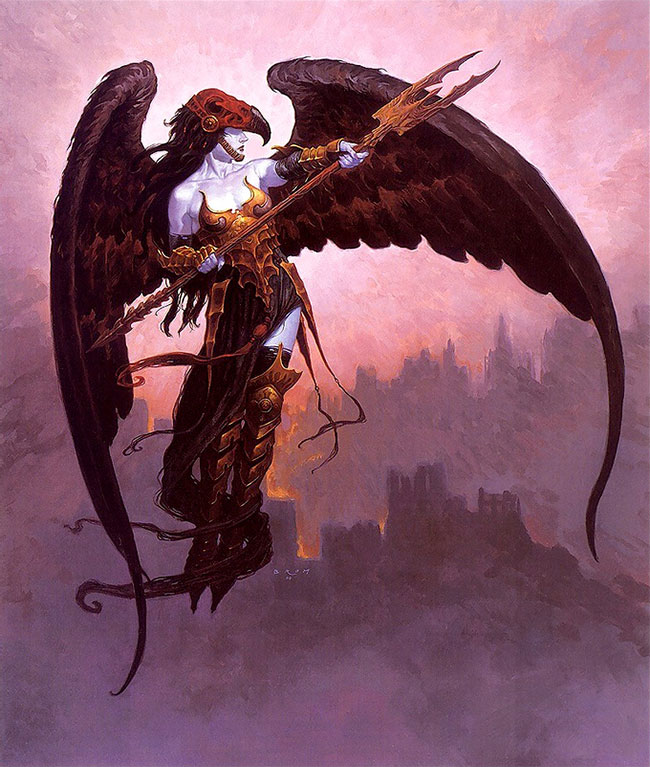 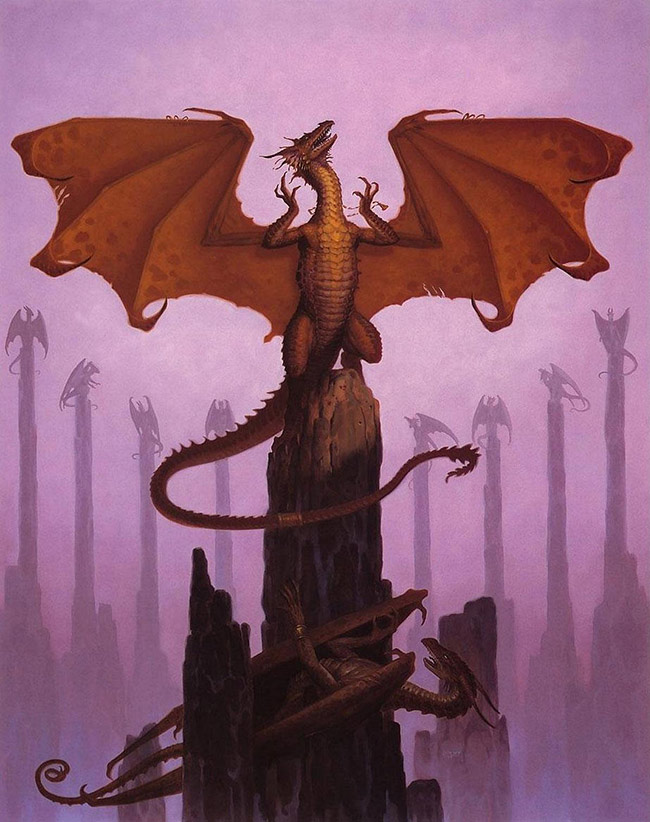