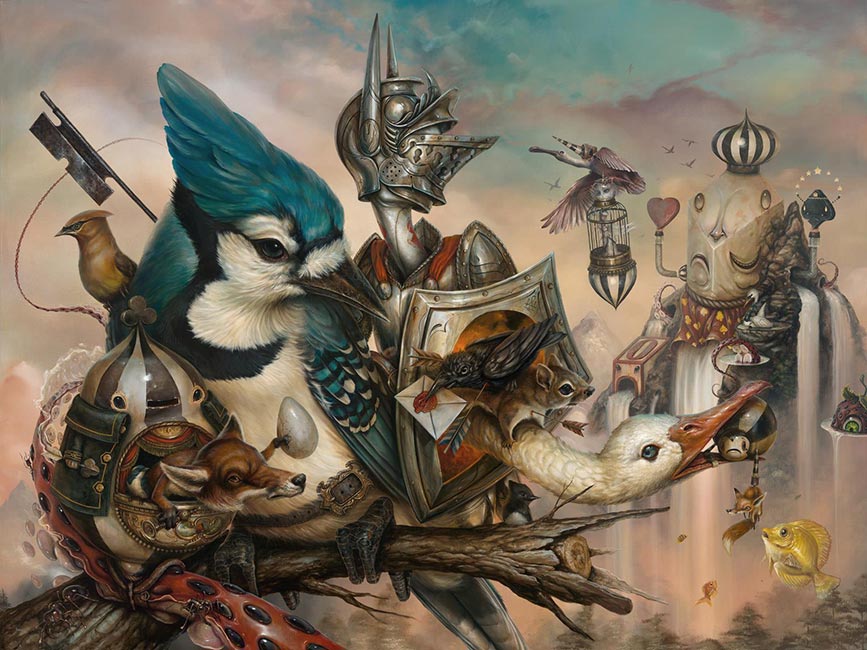 Greg ‘Craola’ Simkins was born in 1975 in Torrance California, just south of Los Angeles. He grew up with a menagerie of animals including a number of rabbits, which often emerge in his paintings. He began drawing at the early age of three and was inspired by various cartoons and books. Some standout books that still find their way into his art are Watership Down by Richard Adams, The Chronicles of Narnia by C.S. Lewis and The Phantom Tollbooth by Norton Juster.

Simkins’ art continued to progress to the age of 18, when he started doing graffiti under the name ‘CRAOLA’. Graffiti art became his impetus for creating and gave him the confidence to paint large works. In addition it taught him perspective, color theory and further developed artistic skills, which later translated into his work with acrylics.

After receiving his Bachelor’s Degree in Studio Art from California State University of Long Beach in 1999, Simkins worked as an illustrator for various clothing companies and bands. He later moved on to Treyarch/Activision where he worked on video games including Tony Hawk 2X, Spiderman 2 and Ultimate Spiderman while attempting to paint with every free moment he had.

In 2005, Simkins pursued his desire to paint as a full-time artist. Since then, he has been featured in numerous group exhibitions and had successfully sold out solo exhibitions.

It is his careful weaving of pop culture, the old masters, nature, carnival kitsch, and (most importantly) his warped imagination, that makes Greg Simkins a sought-after surrealist painter today. Simkins’ artwork has appeared in galleries throughout the world.

“My creative demands are self imposed and my frustrations are my limitations. I sketch a lot and plan many pieces that I never get to paint. It kills me, there are so many things I want to paint and find the ticking of the clock to be deafening. Most of the time it is too many ideas and a lot get shelved or pop up in future shows. It is also a blessing sometimes because I get to revisit these ideas and tinker with them a bit and watch them blossom into something far greater than my original vision. It is as if the technique catches up with the idea over that time span, and I am thankful for it.” – Greg ‘Craola’ Simkins (Empty Lighthouse Magazine) 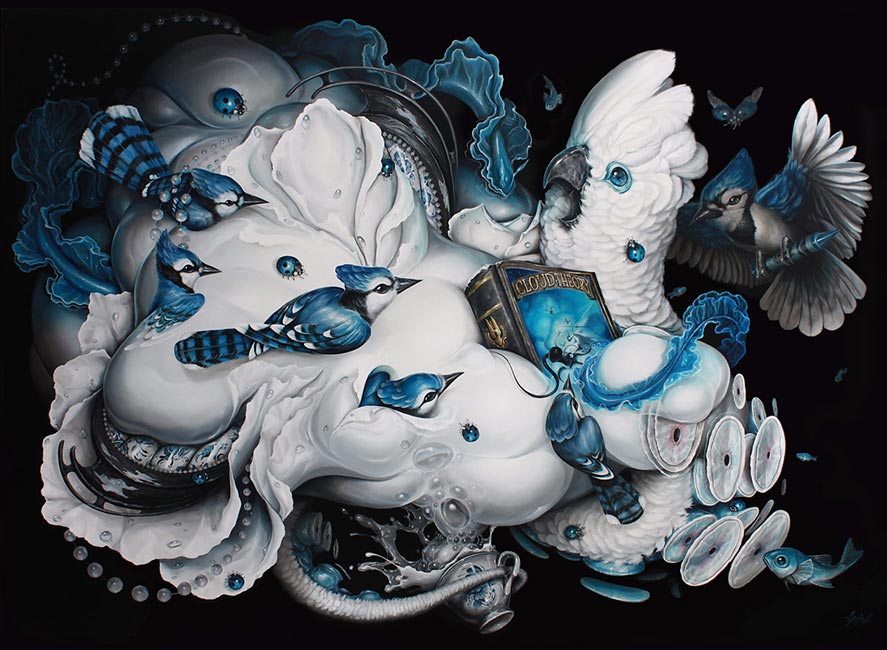 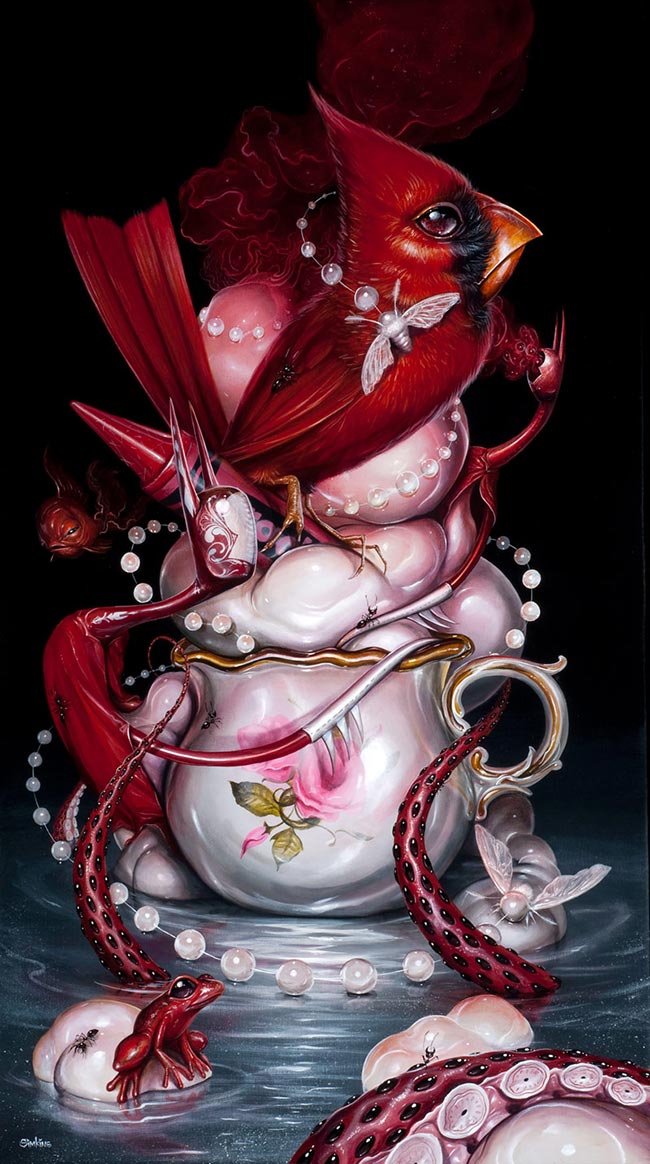 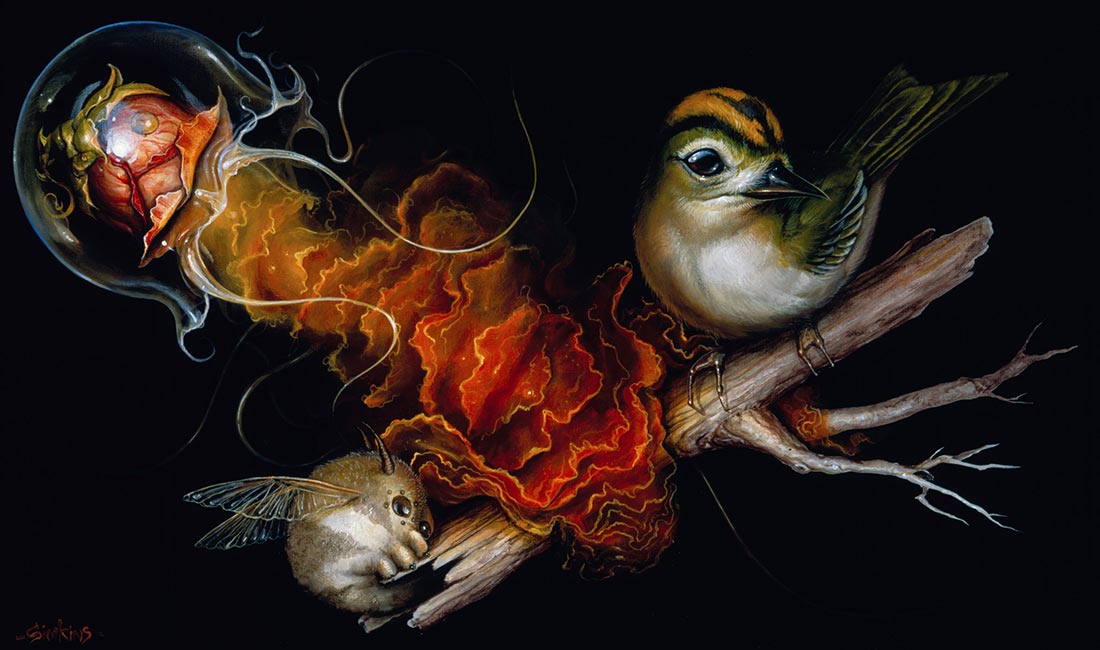 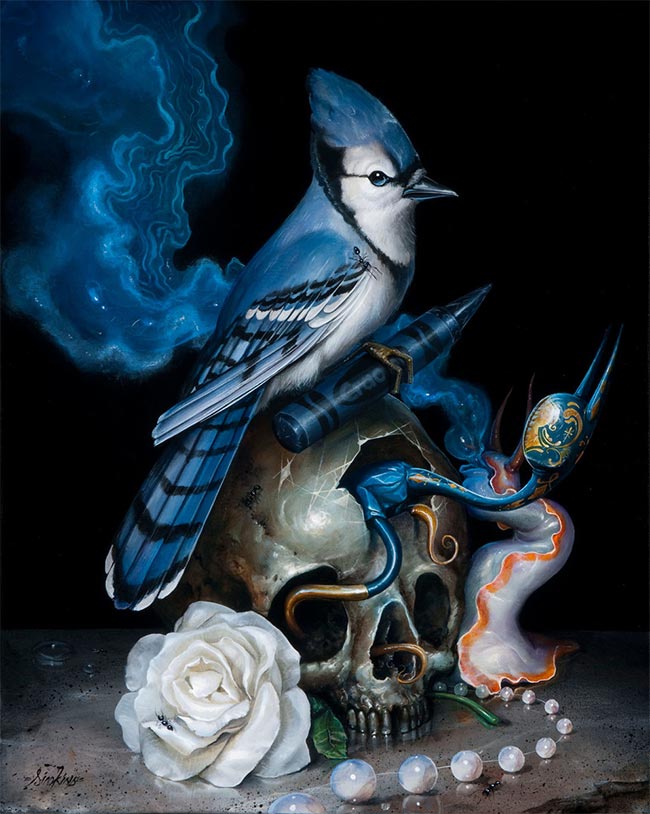 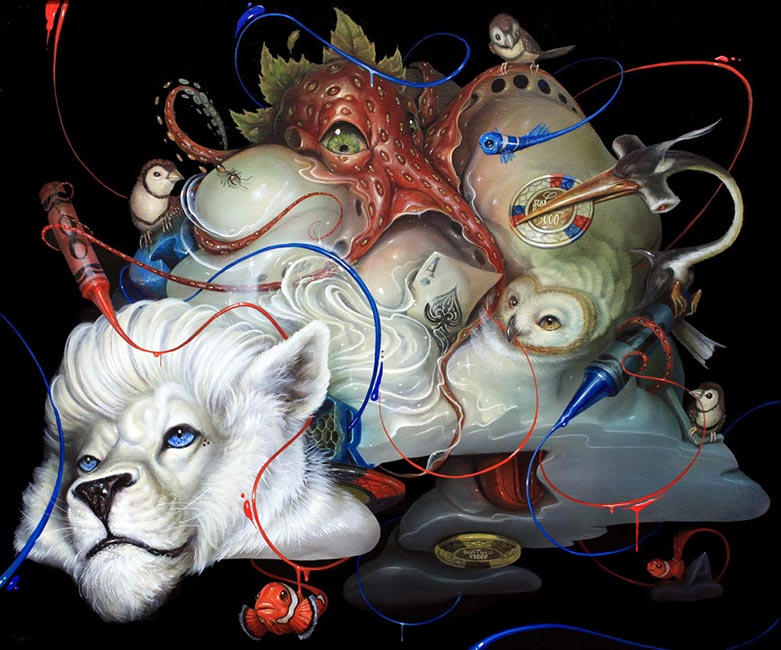 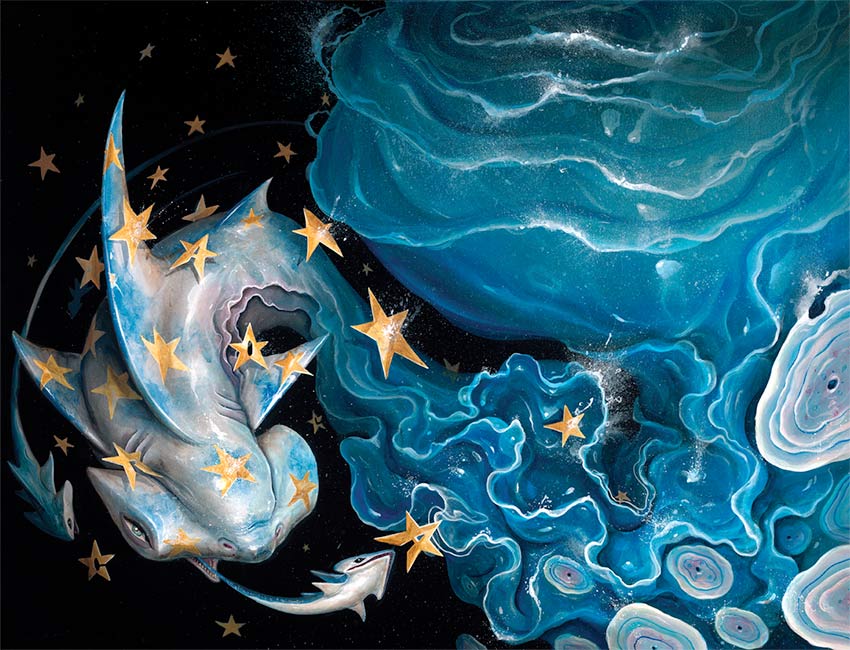 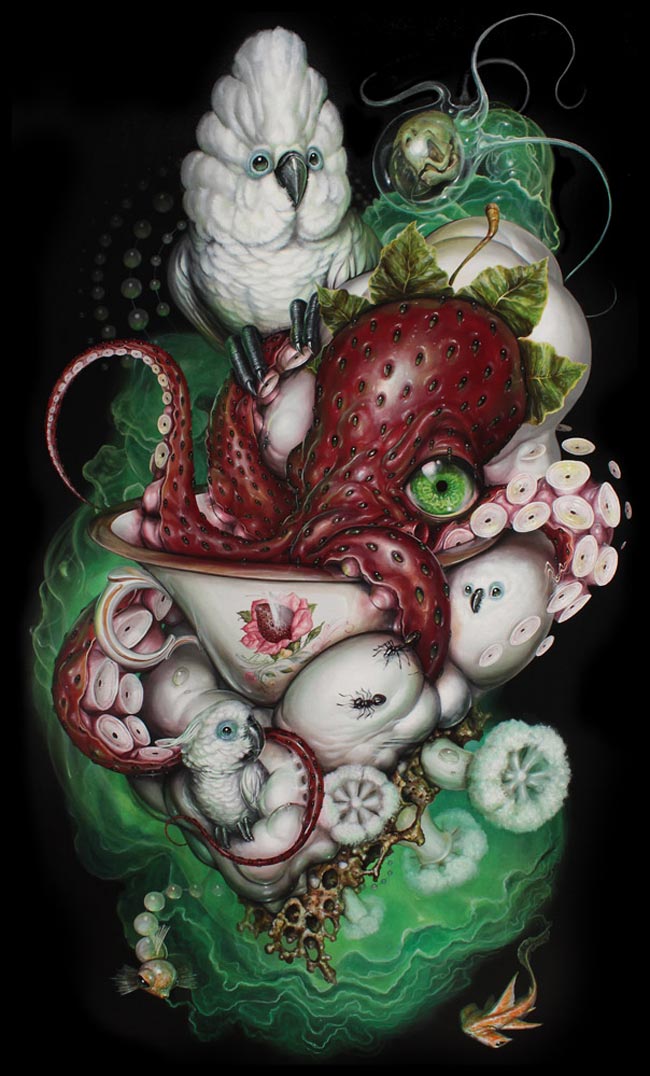 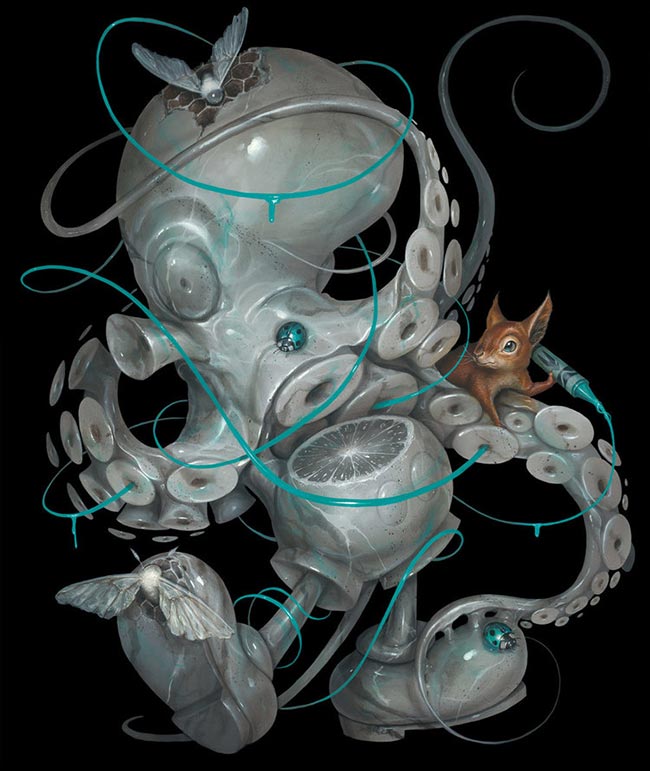 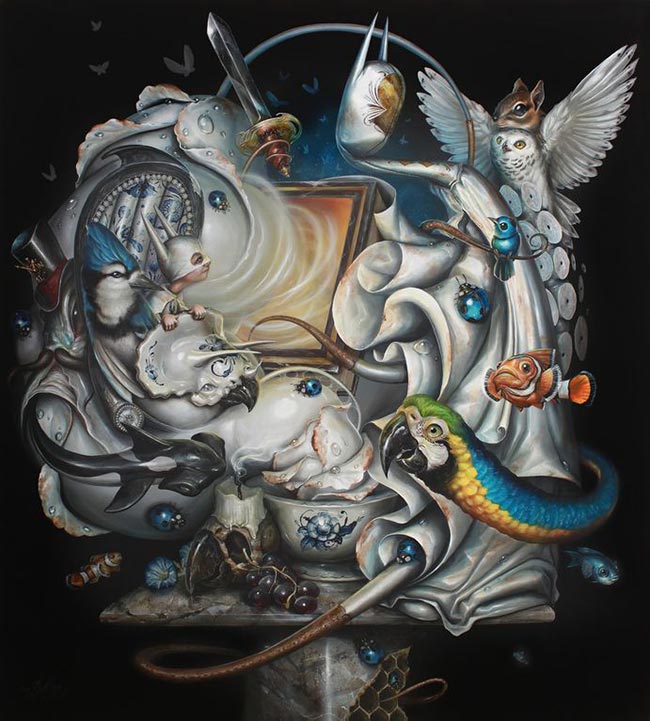 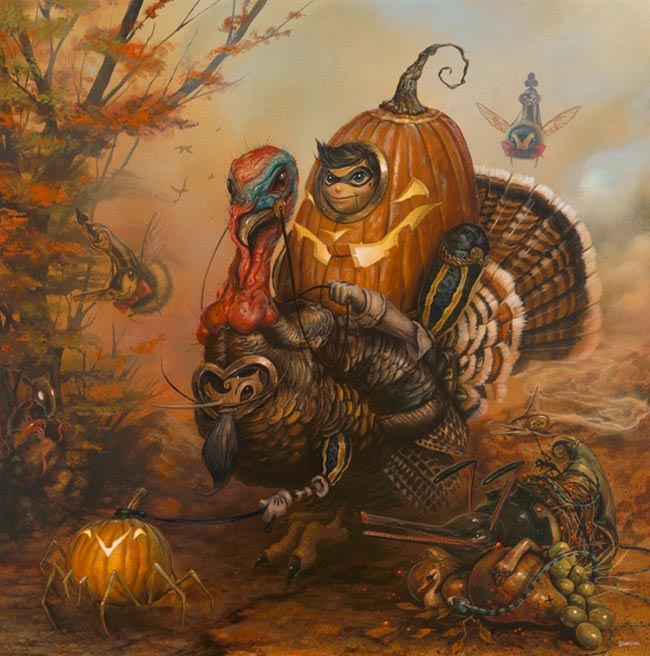