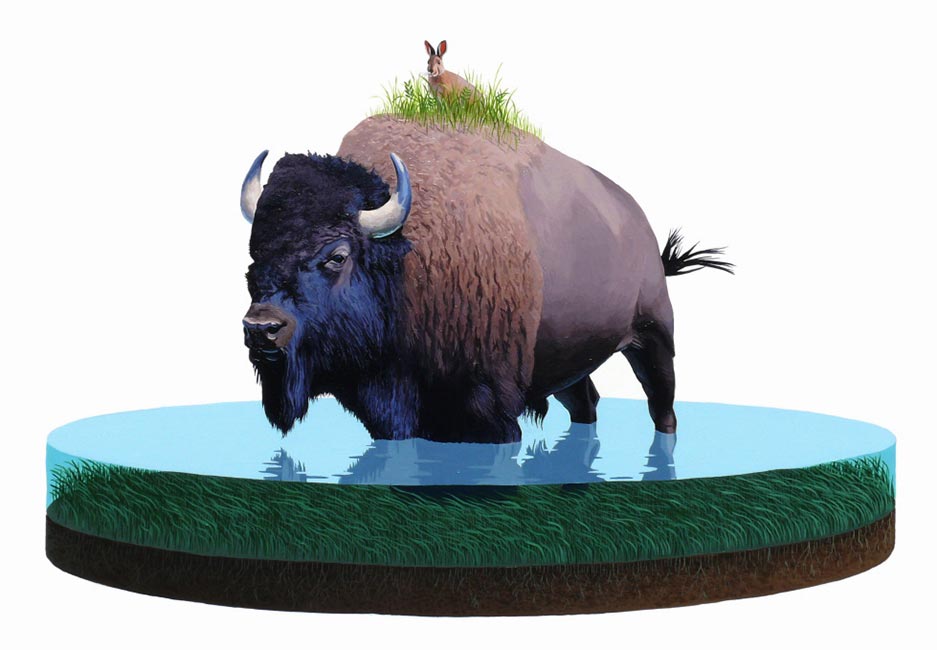 Born in 1969 in Tacoma Washington, Josh Keyes received his BFA in 1992 from the School of the Art Institute of Chicago and an MFA in 1998 from Yale University School of Art. He has exhibited his work nationally and internationally and has work in private and public collections. Keyes currently lives and works in Portland Oregon with his wife and artist Lisa Ericson.

Inspired by 18th and 19th-century aesthetics and philosophy, Josh Keyes paints animals in a style reminiscent of anatomical diagrams. His work is characterized by an attention to detail and to physiological accuracy. Keyes, however, does not place his animal subjects in their natural settings; rather, they are often in peril, displaced from their natural ecosystems into dioramic fantastical situations. These landscapes are frequently isolated and contain an incompatible mix of the natural and manmade. Keyes acknowledges that themes of migration and displacement frequently feature into his work as a form of his preoccupation with global climate change and the human impact on nature.

“My work is stark. I think it is a result of looking at so much Baroque painting, and minimalist sculpture, with a little Samuel Beckett to top it off. You might not think of Baroque painting as stark, it seems full, full of space and atmosphere, but if you look, there is hardly anything there. I am thinking of Caravaggio, if you see a negative image of a painting of his, all the black dark areas become white. I think it is interesting to think of space, full and empty in relation to color and information. I think of the recent maps of the universe, how much of it is empty. It is a psychological issue and in the end comes down to personal interpretation. I feel that my work is full and complete, though many feel it is empty and should be filled. I feel that I have a long road of work ahead of me so I may investigate other options, if I do fill the space or change the structure or dynamic in my work it will come out of necessity and will only serve to add expression and meaning to the concepts and ideas. I feel that if I were to extend the imagery to the edge of the canvas, it would be a conformation that this is an alternative world, a window of escape, and a believable world that one could step into. The tension between what is real and what is fictitious is very important to the work. I feel that the clinical, white space helps to objectify the subject matter, to release it from conventional storytelling and calls attention not only to the subject matter but also to the way in which we perceive and think about objects and the world around us. Perception itself becomes an active character in the work.” Josh Keyes (The Brilliance) 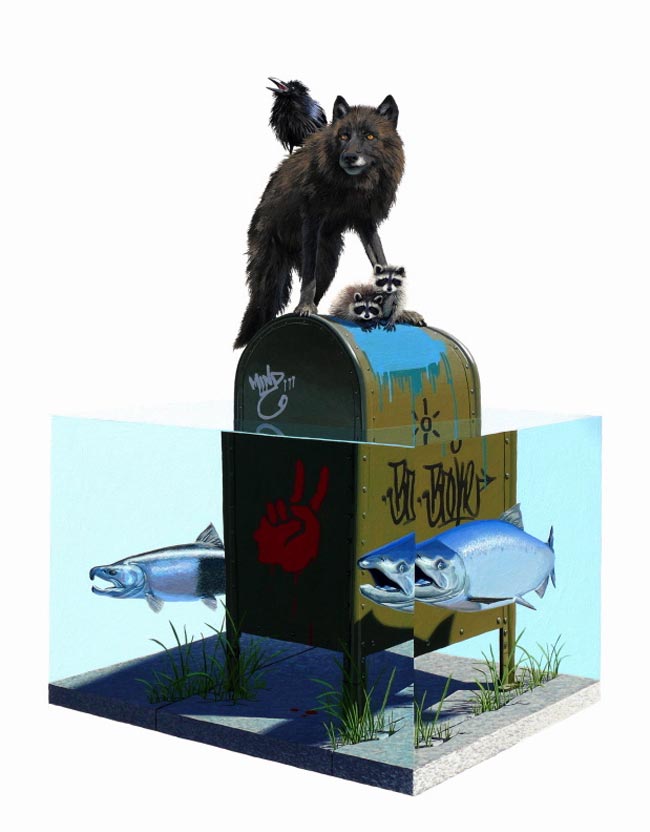 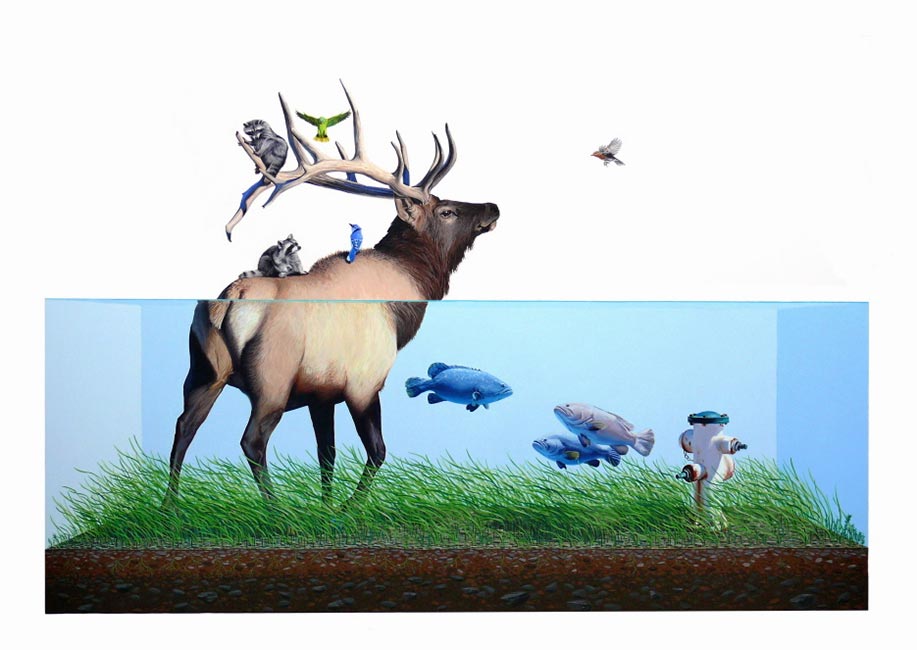 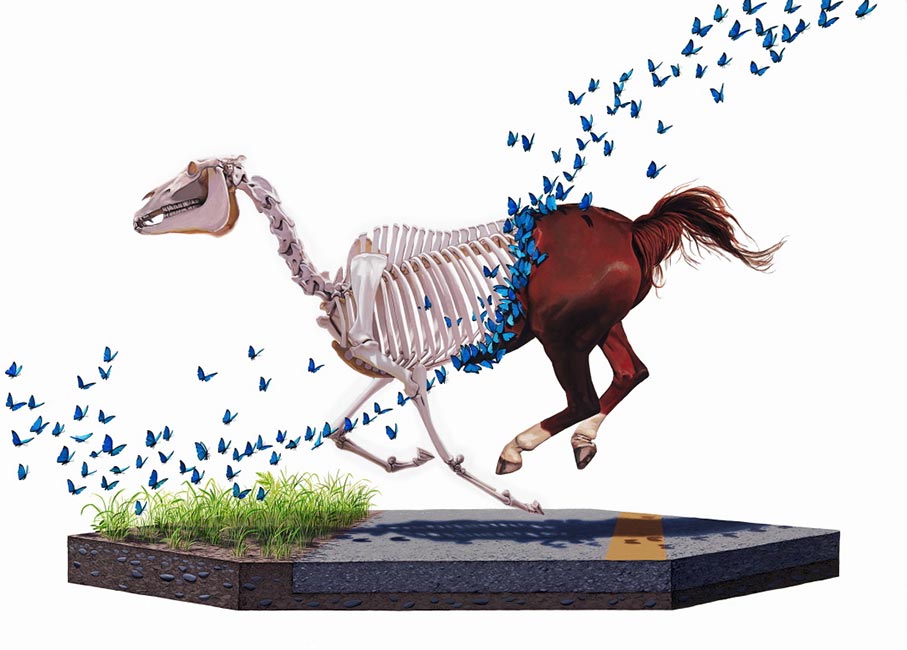 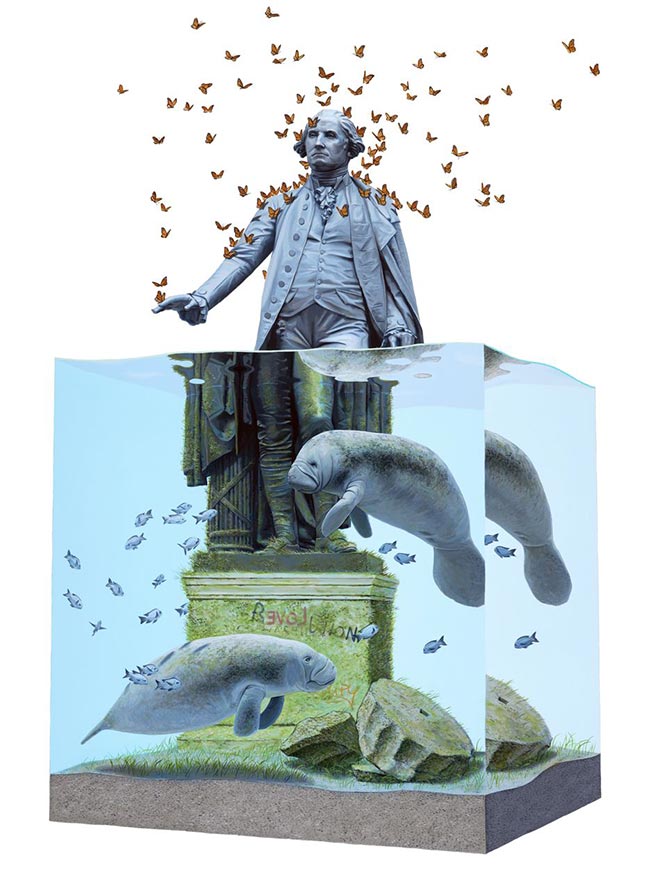 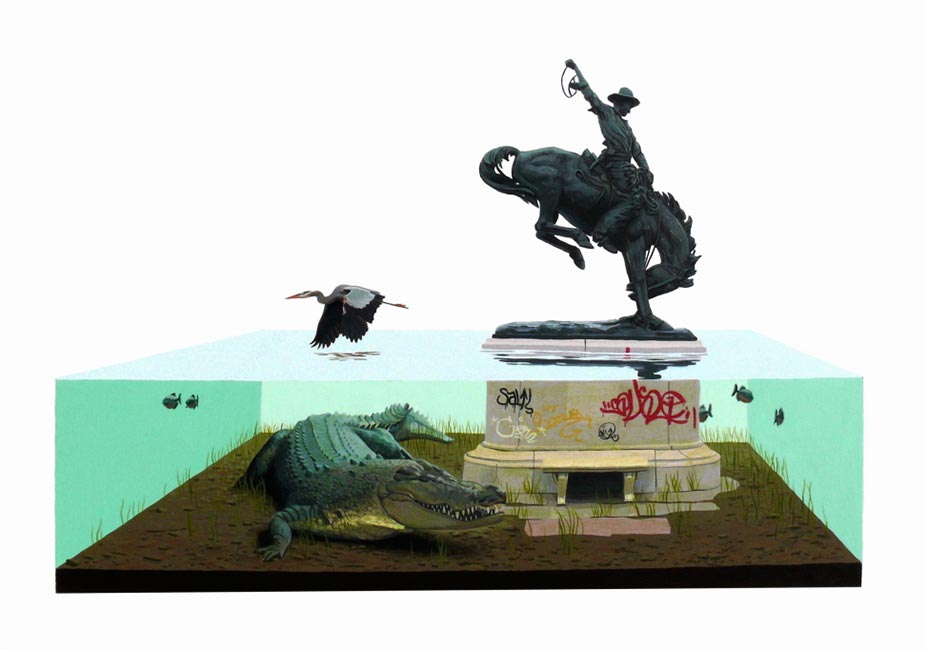 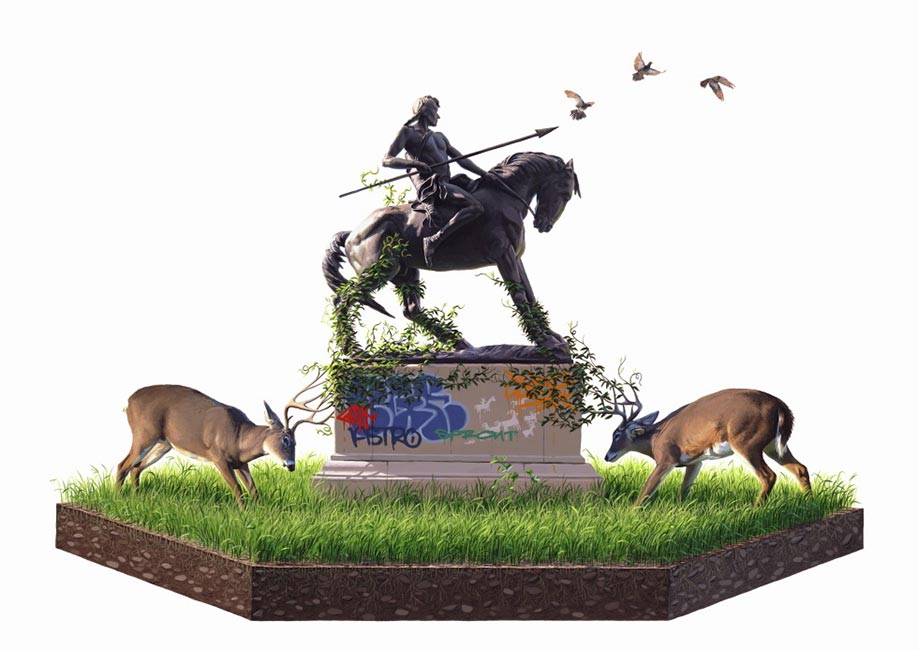 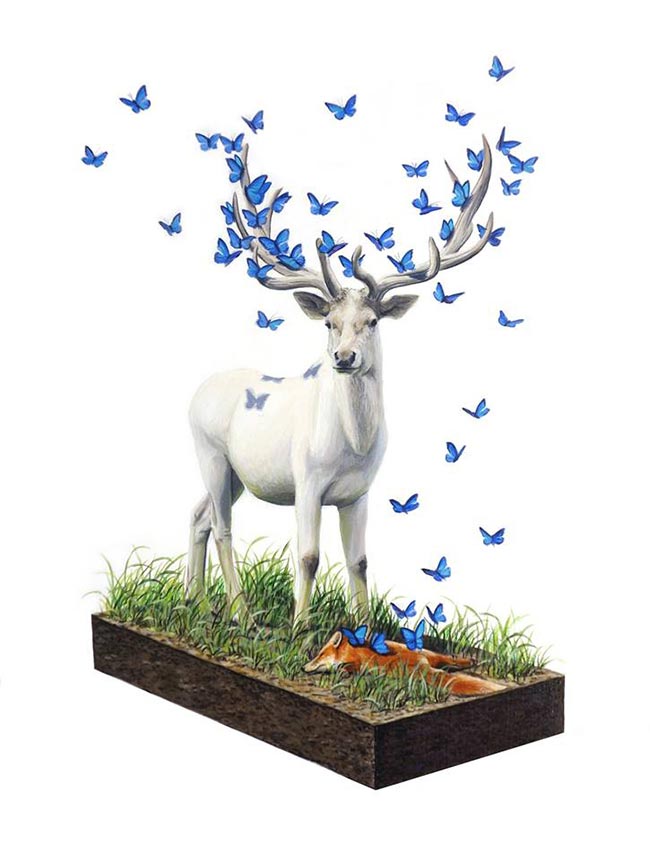 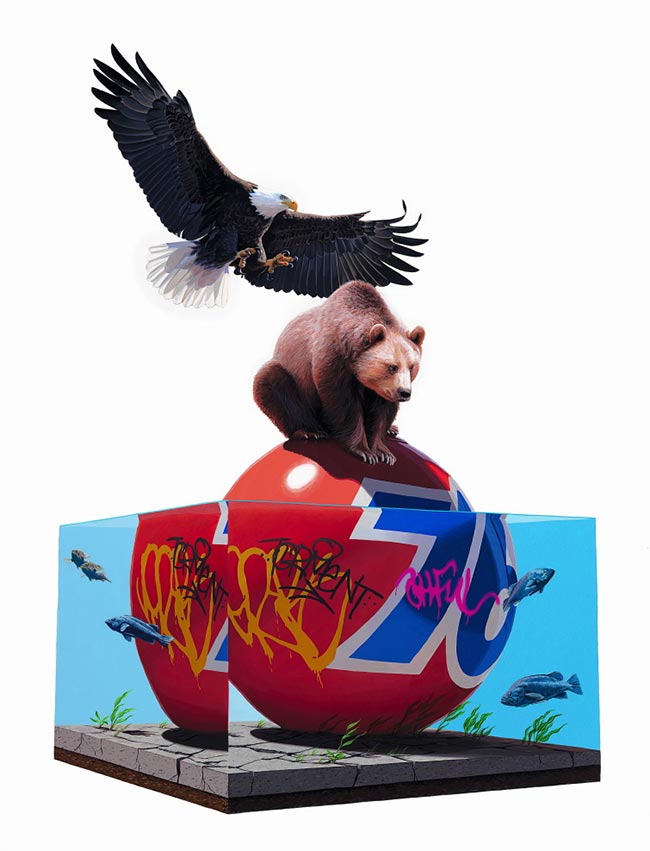 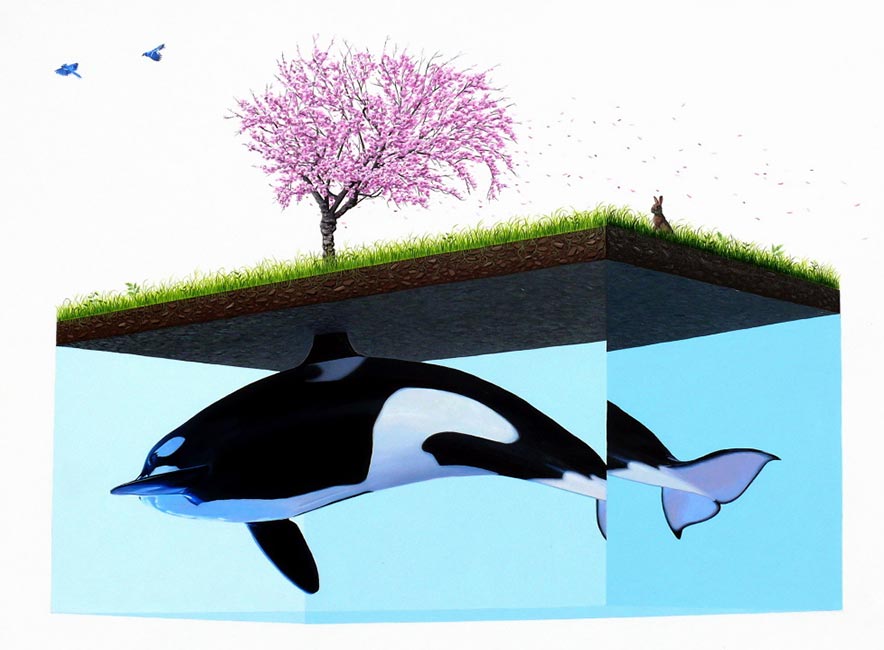 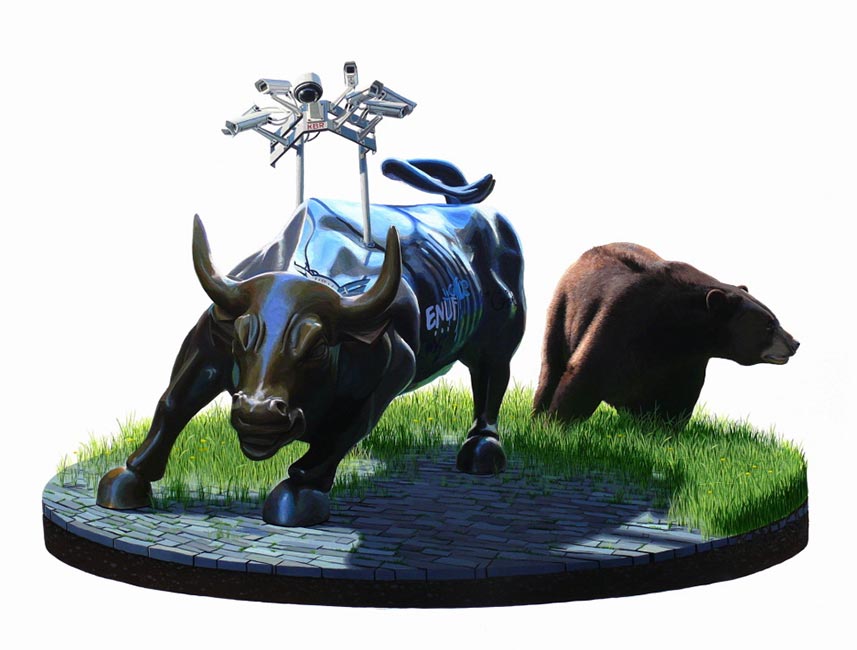 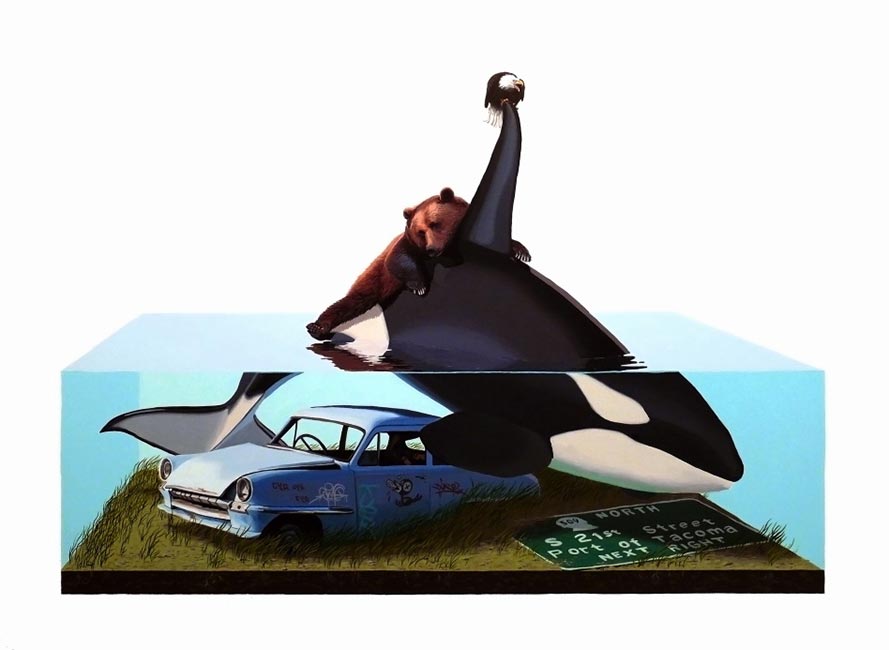 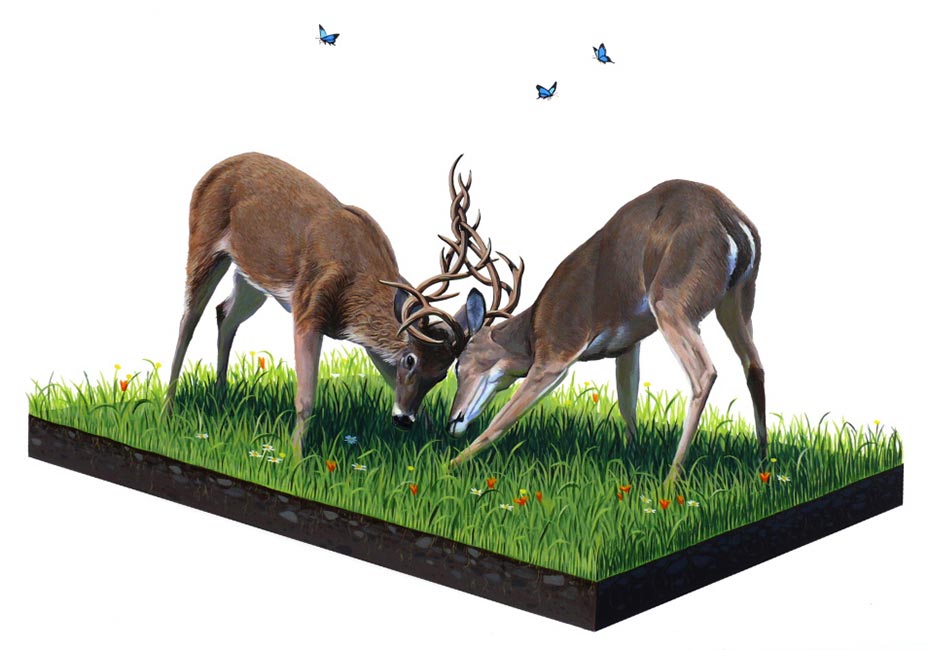 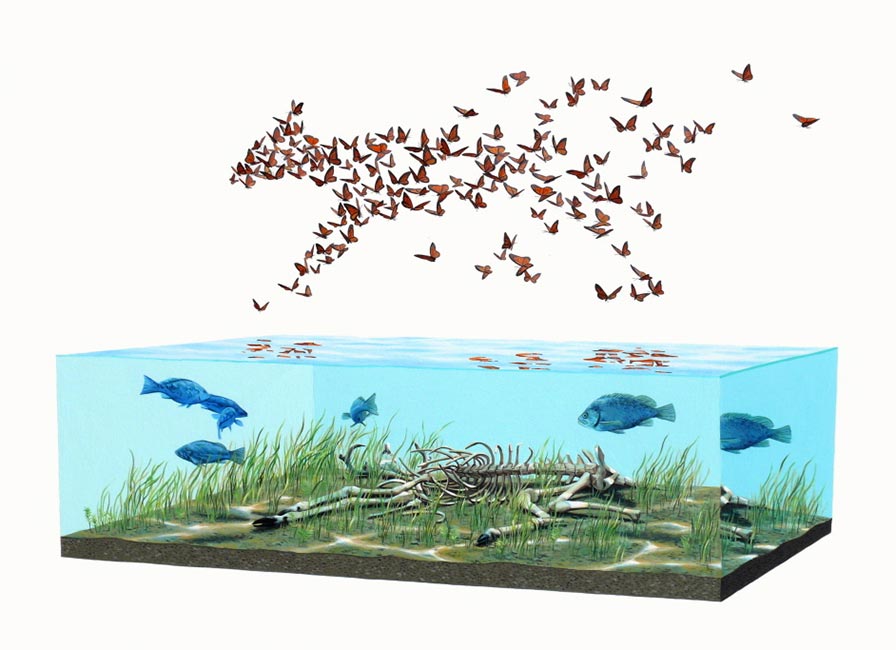 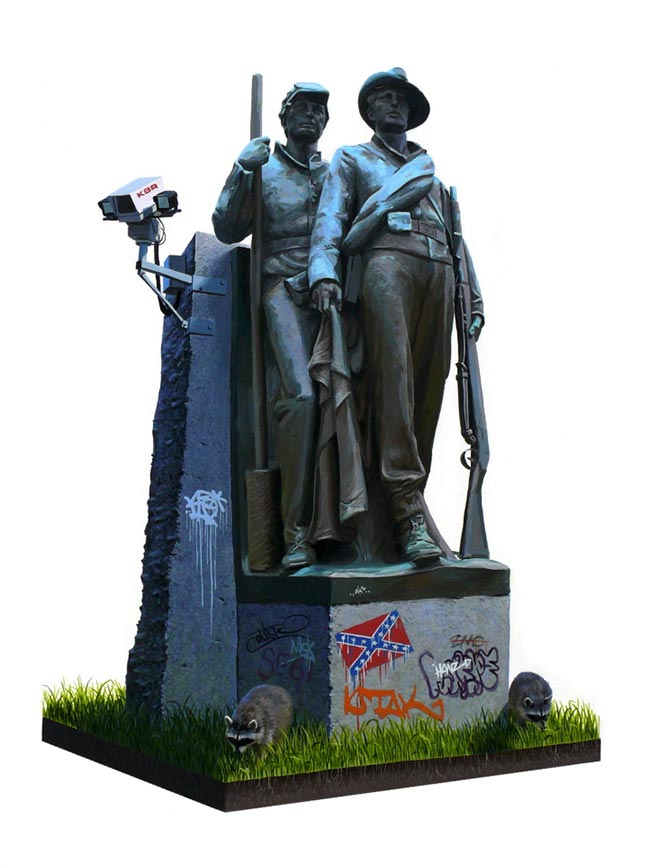 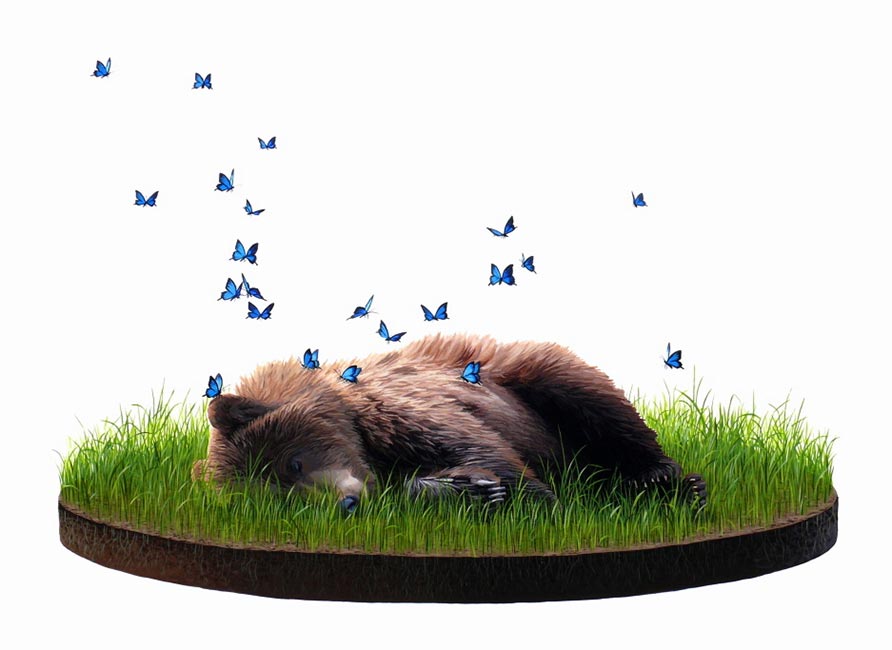 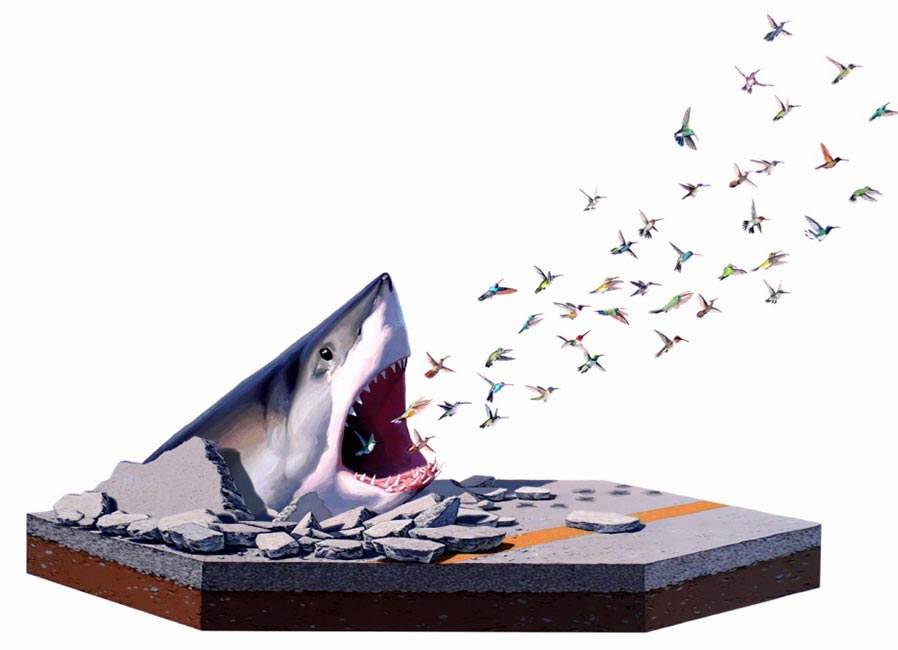