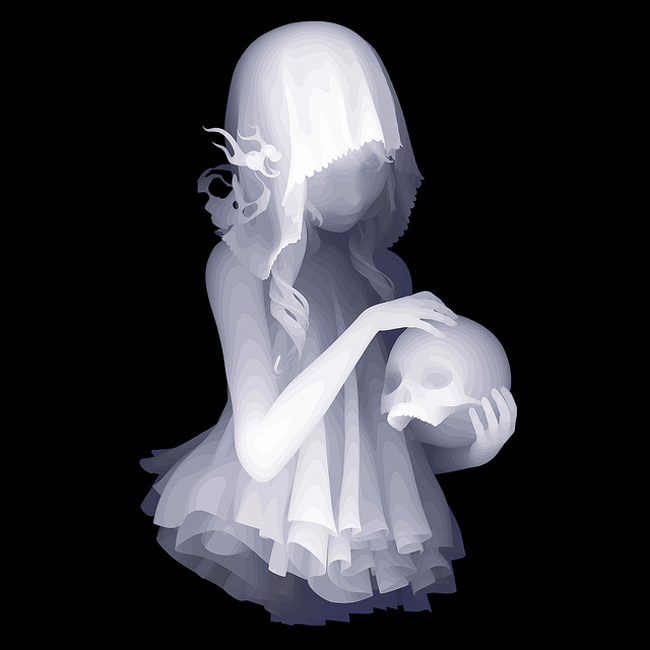 Kazuki Takamatsu was born in Sendai, Miyagi Prefecture, Japan in 1978. Influenced by media and subculture growing up, he attended the Department of Oil Painting at Tohoku University of Art & Design and graduated in 2001. Takamatsu’s haunting black and white imagery explores narratives of death and society, through a unique depth-mapping technique that he developed, in which classic mediums such as drawing, airbrush and gouache painting are combined with computer graphics.

“In the world, depressed people get hurt, even by themselves. Always putting themselves down and insulting themselves. In my paintings people kill their feelings, thus becoming inanimate dolls. But the message I want to convey, is that even for people living with negative feelings, there is the possibility of ‘rebirth’. Even a person who suffers inside can save other people.” – Kazuki Takamatsu (Dorothy Circus Gallery) 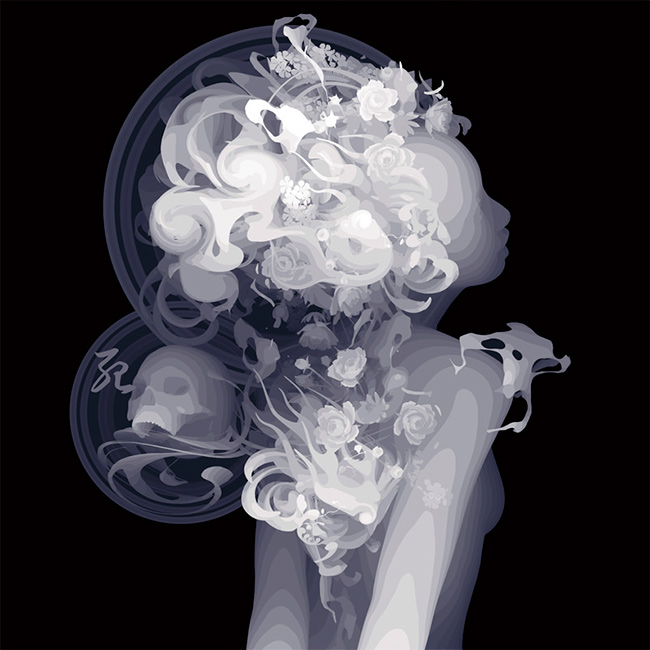 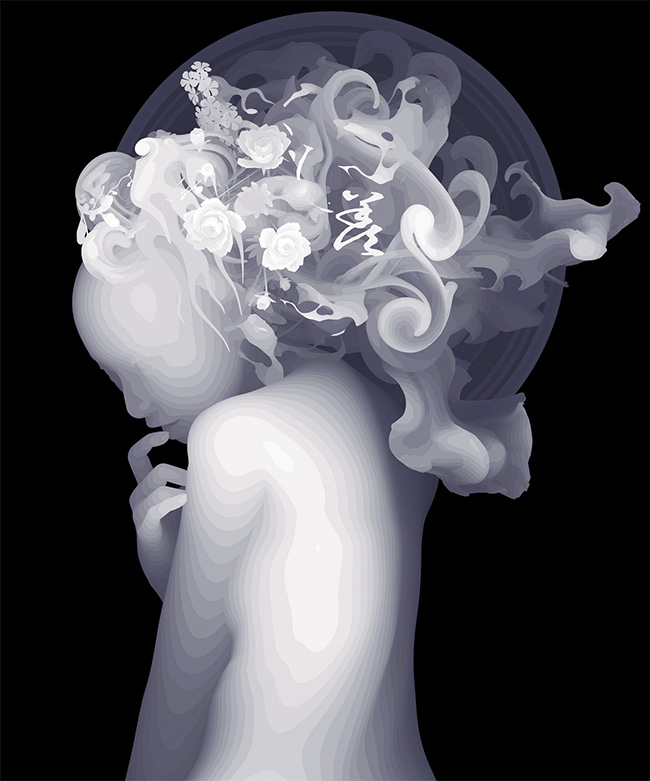 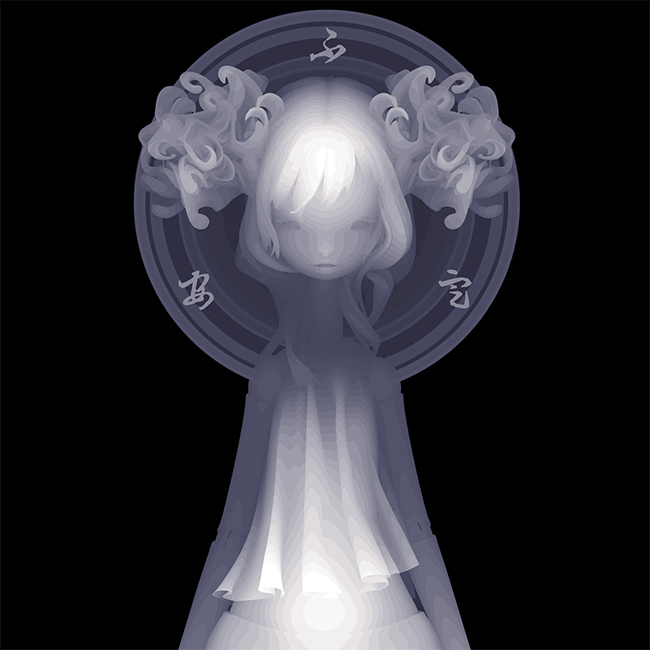 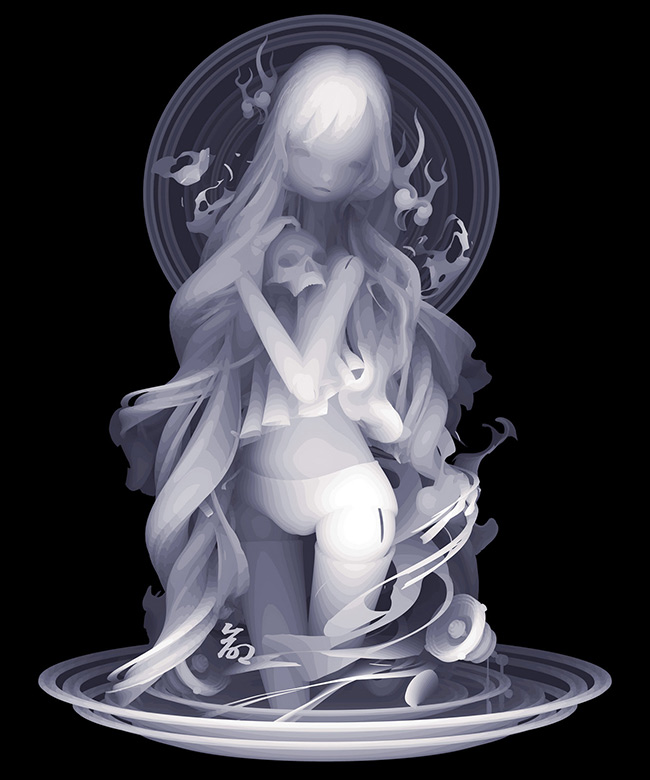 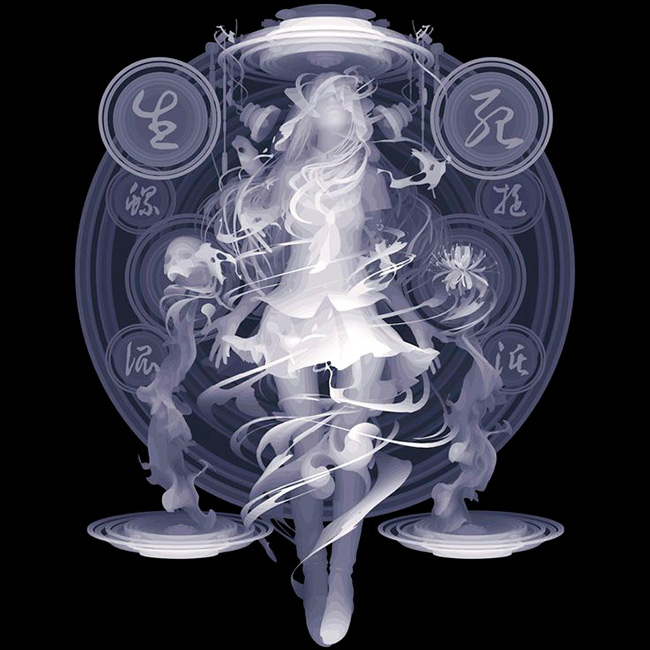 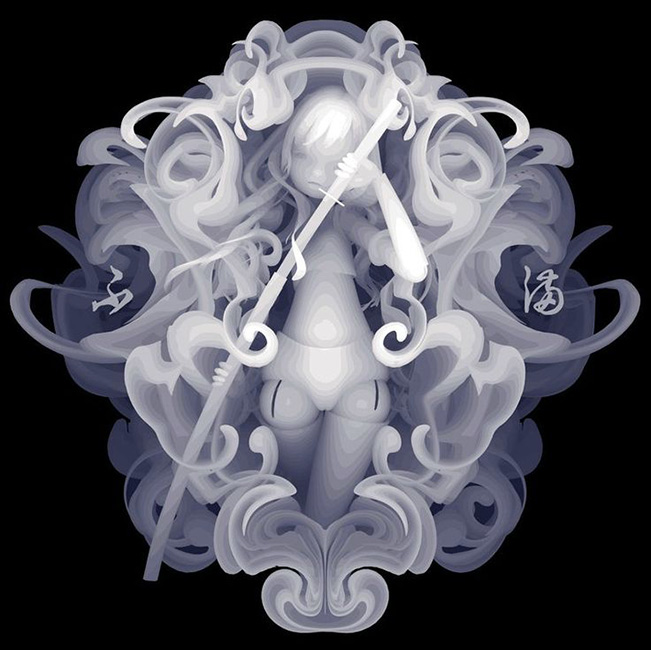 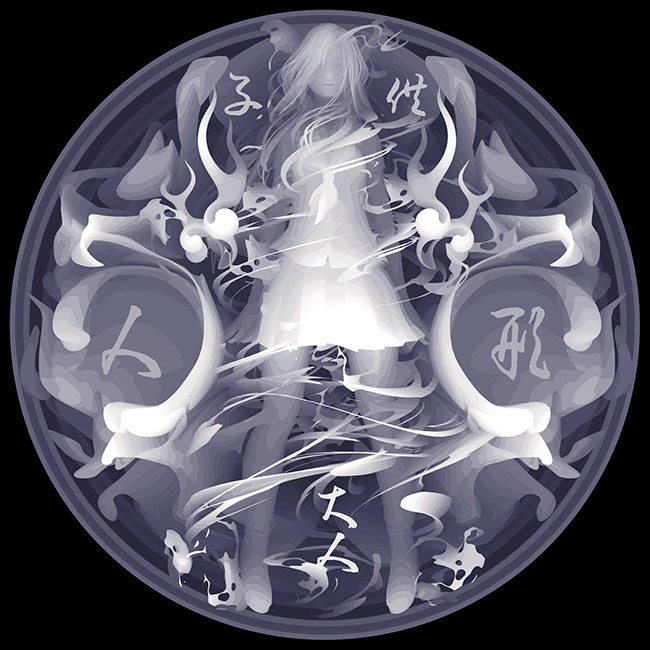 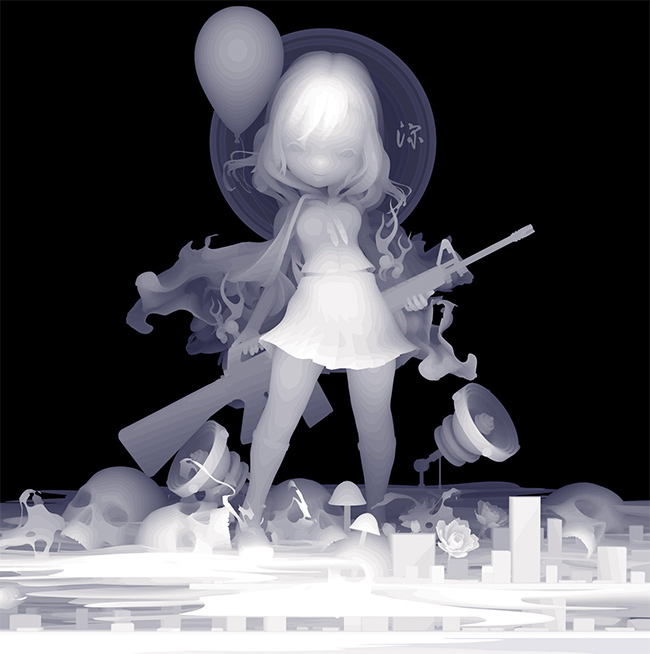 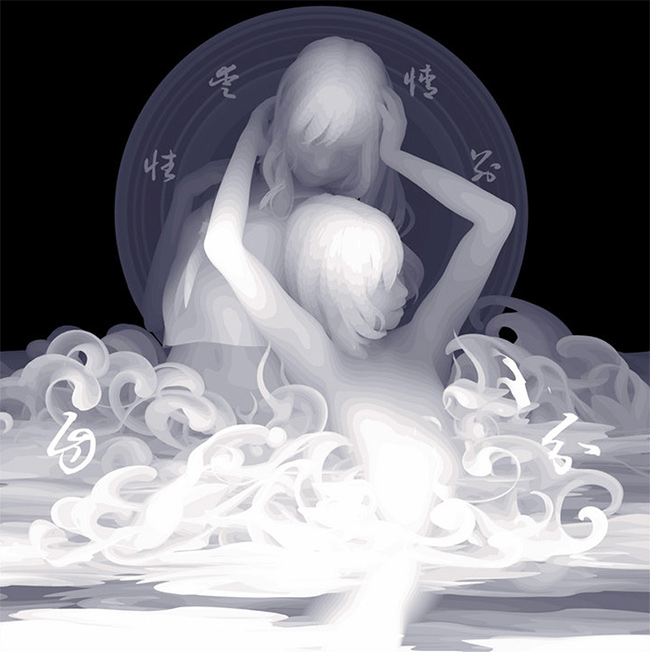 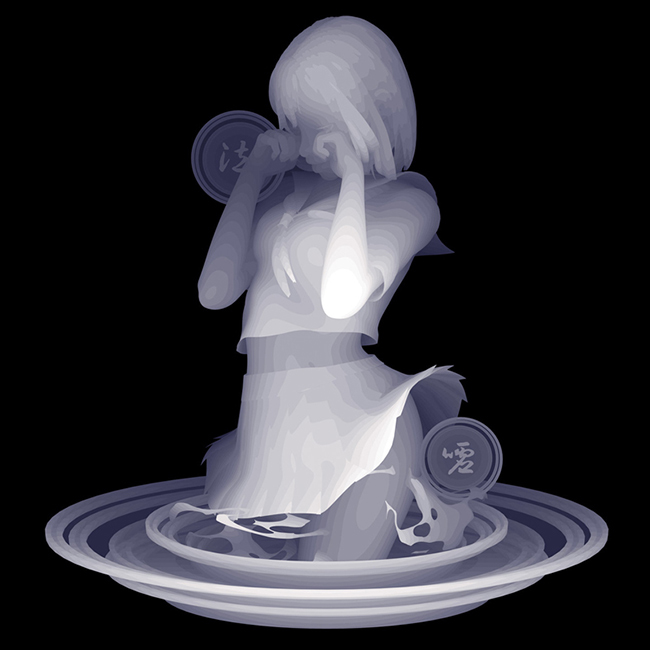 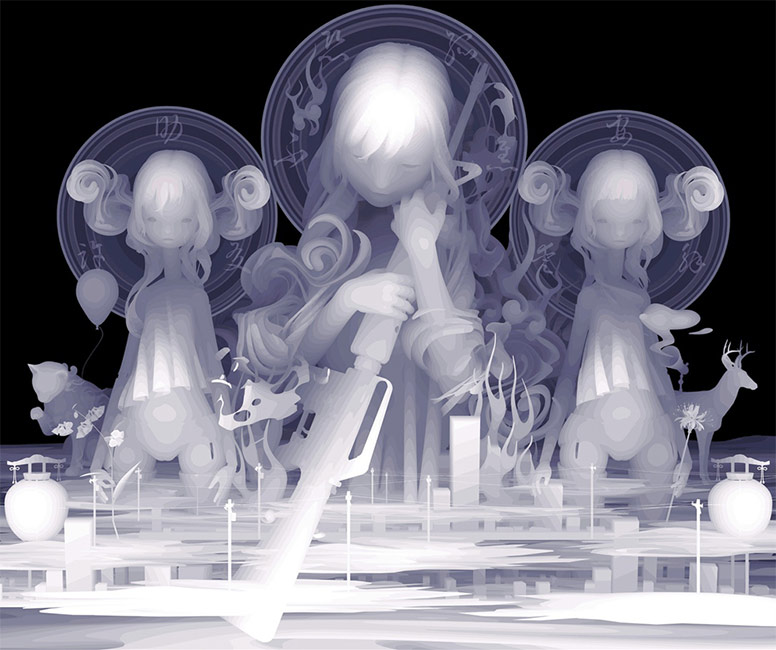