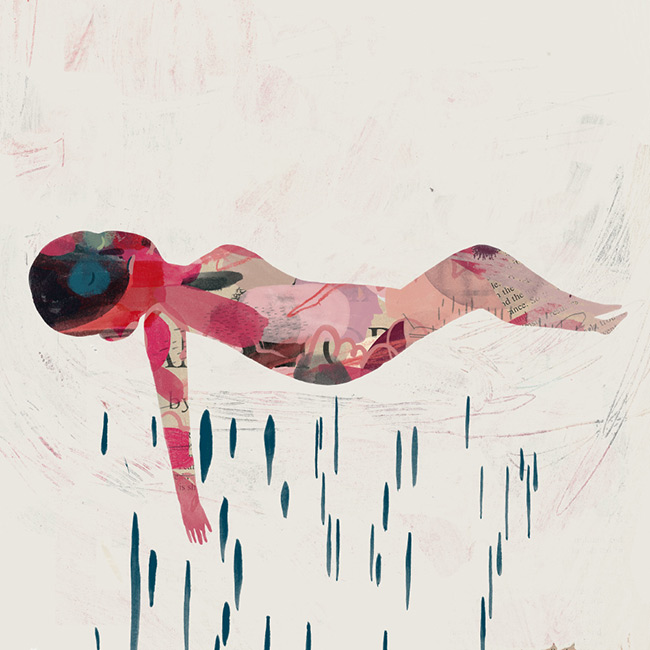 Keith Negley is an nationally recognized illustrator with over fifteen years experience working for major newspapers and national magazines. His work has appeared on book covers, children’s books, t-shirts, album covers, posters, skateboard decks, watches and he is a frequent contributor to The New York Times and New Yorker. He received his BFA from the Milwaukee Institute of Art and Design in 2000, and his MFA from The School of Visual Arts in New York city in 2013. He’s been honored with recognition from the Society of Illustrators with gold and silver medals in addition to being a jury member, as well as bronze medals from 3X3, and a bronze medal from the Society of Illustrators Los Angeles, featured in American Illustration, Communication Arts and listed in the New York Times ‘Best of OpEd Art’. His debut self-authored children’s book Tough Guys (Have Feelings Too) by Flying Eye Books has received glowing reviews from critics and is available wherever books are sold. Keith also teaches as an adjunct professor at Emily Carr University in Vancouver BC, and resides in the mountains of Bellingham, Washington with his wife and seven year-old hellspawn.

“A lot of my inspiration comes from my daily life. I consider much of the work I’ve done lately for clients as self portraits. My favorite assignments are the ones I can visualize myself in, the book reviews, and narrative pieces where I can put myself in the position of who the story is about and imagine what they’re going through.

I ask myself how I would feel in that person’s situation and try to tap into their struggle. How would I react, sit, stand, hold my head, what would I do with my hands, etc. At that point it stops being about coming up with a unique metaphor, but capturing the emotion, using mood as the concept. I want the audience to connect to the content in my work on an emotional level, not just understand the meanings of the symbols I’m using.” – Keith Negley (Ape on the Moon) 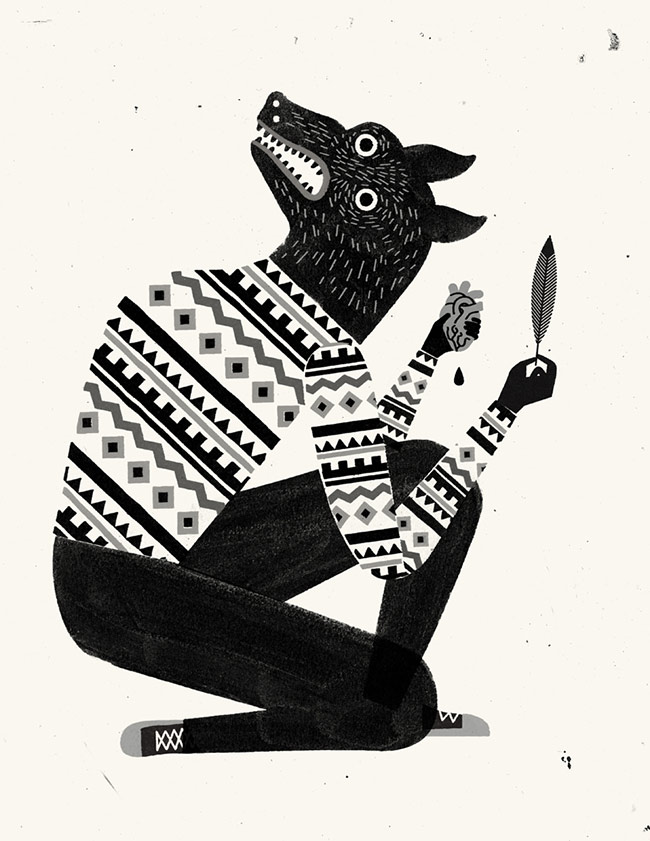 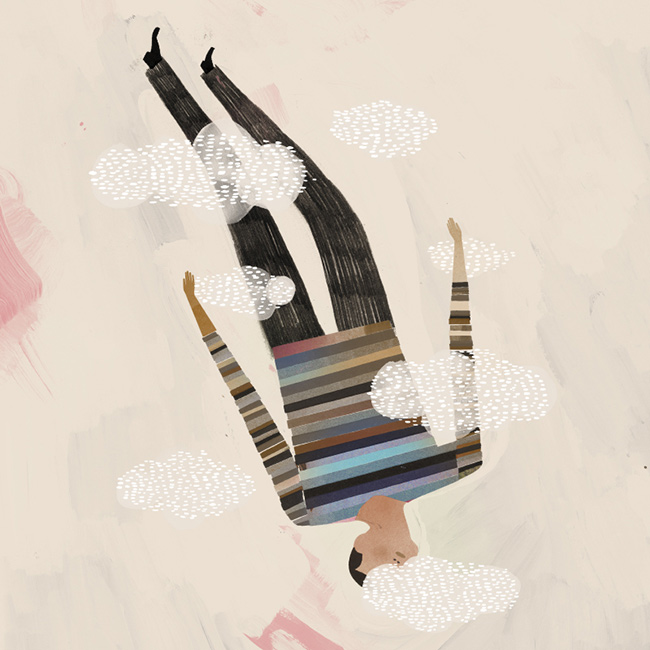 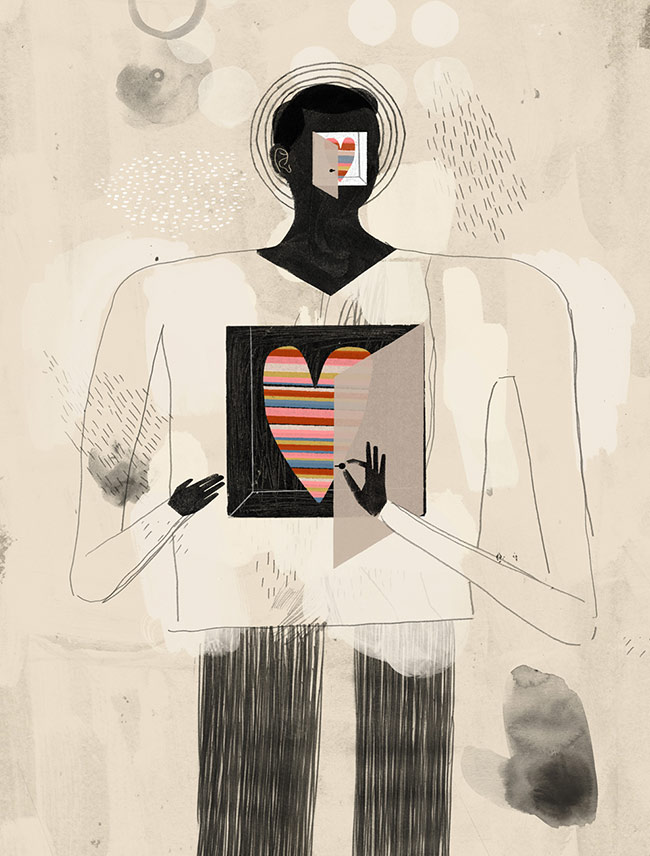 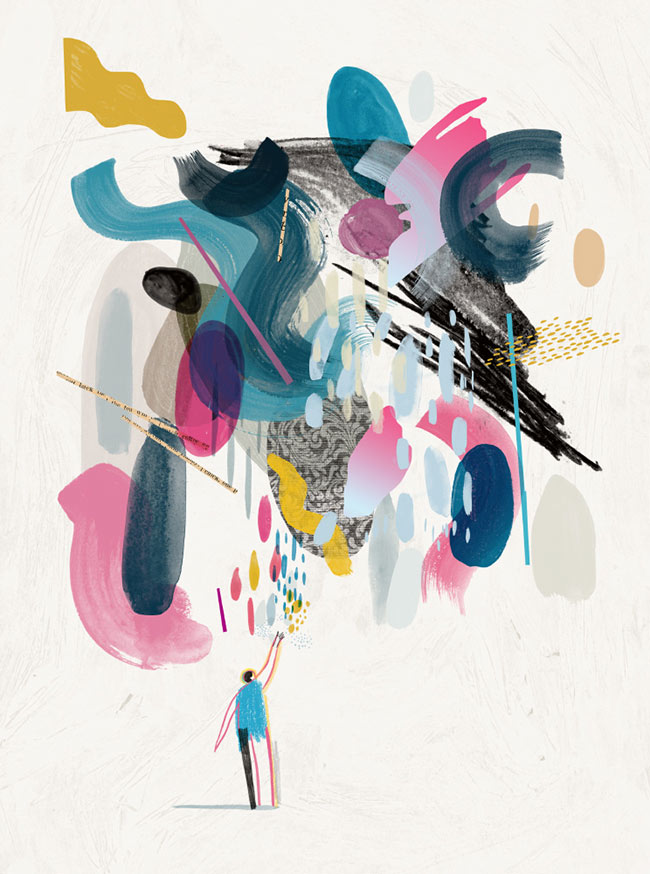 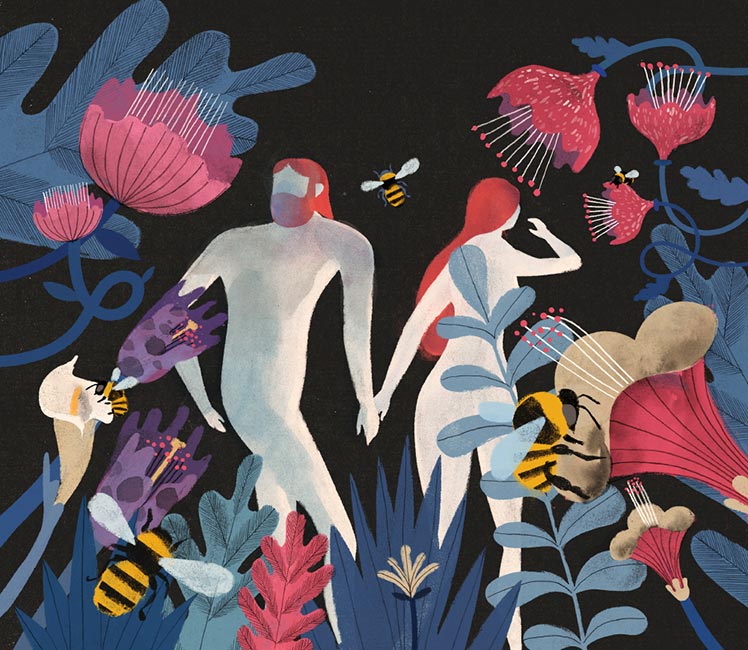 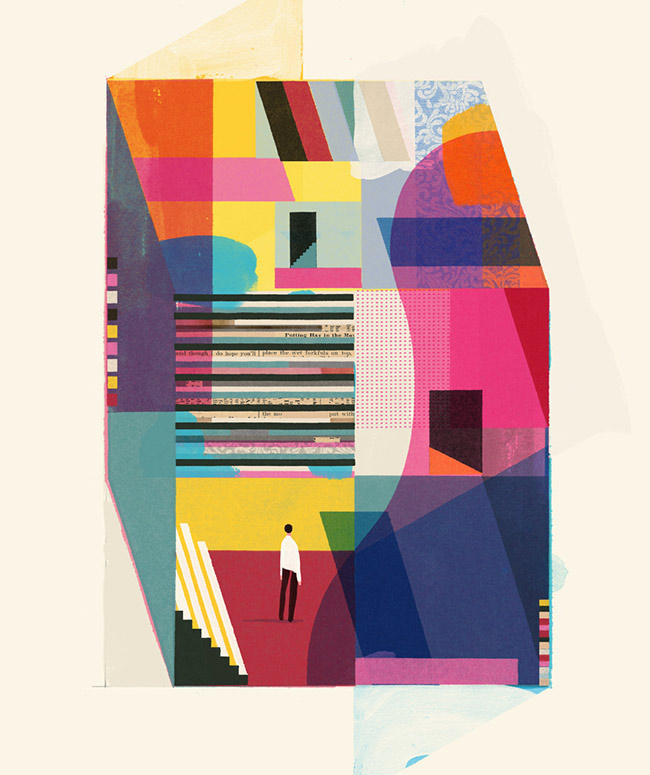 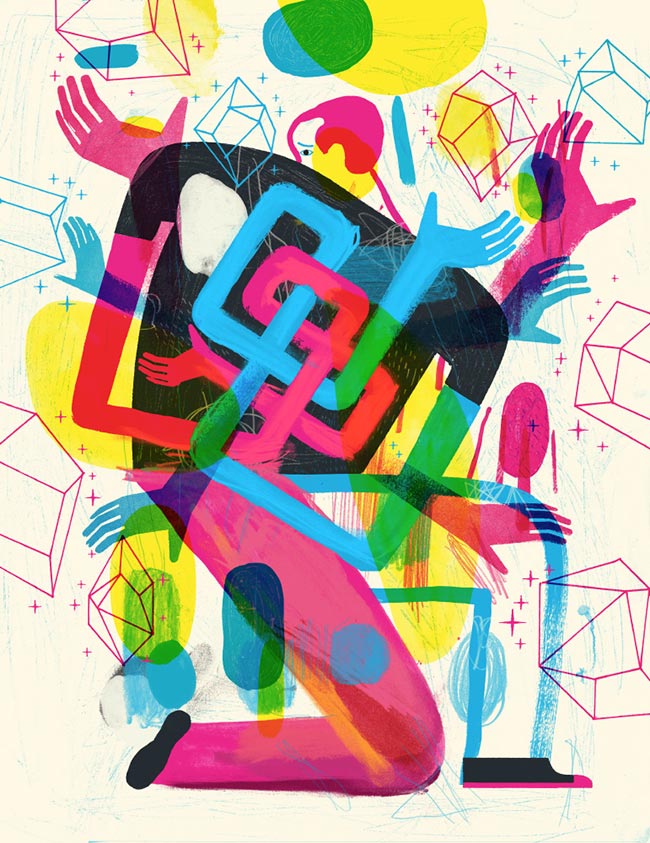 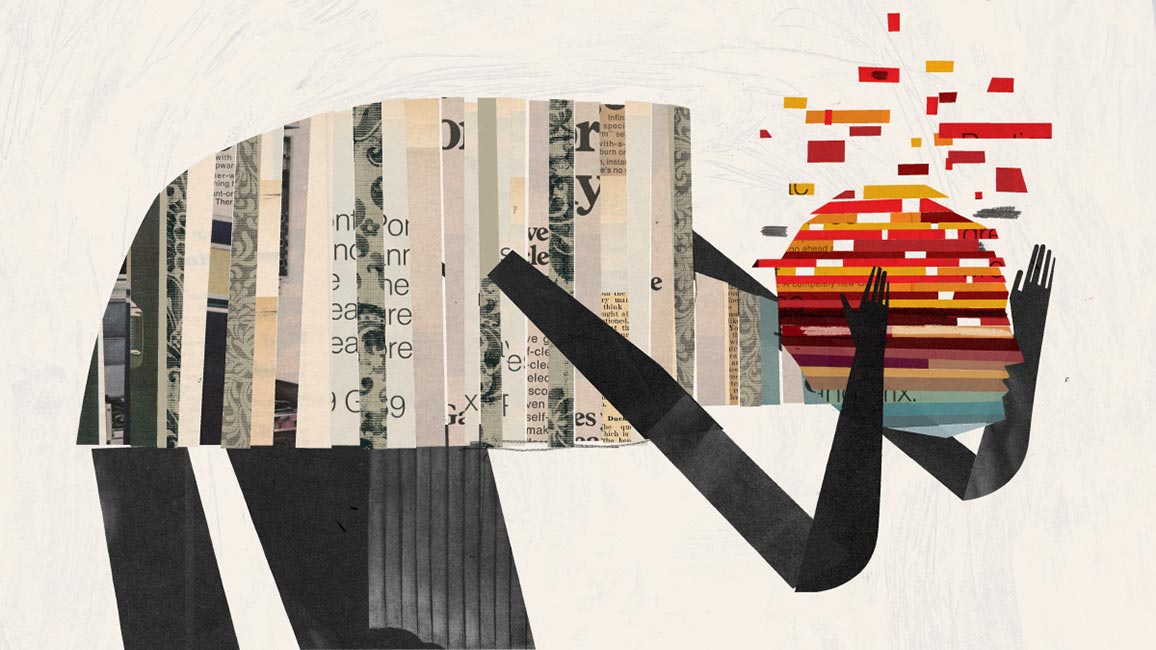 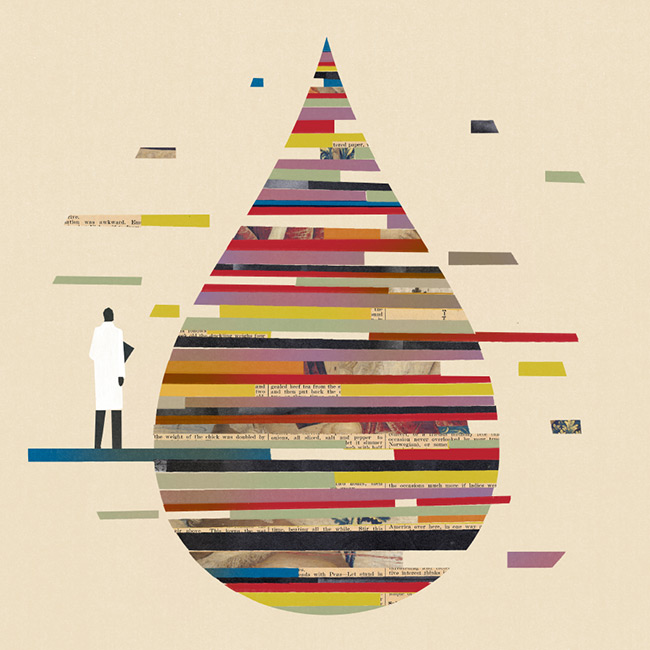 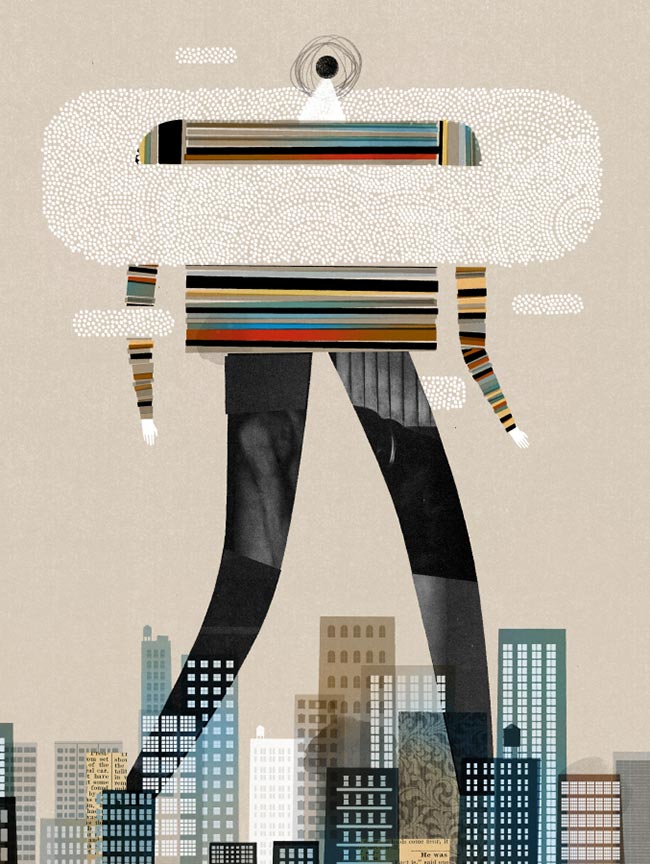 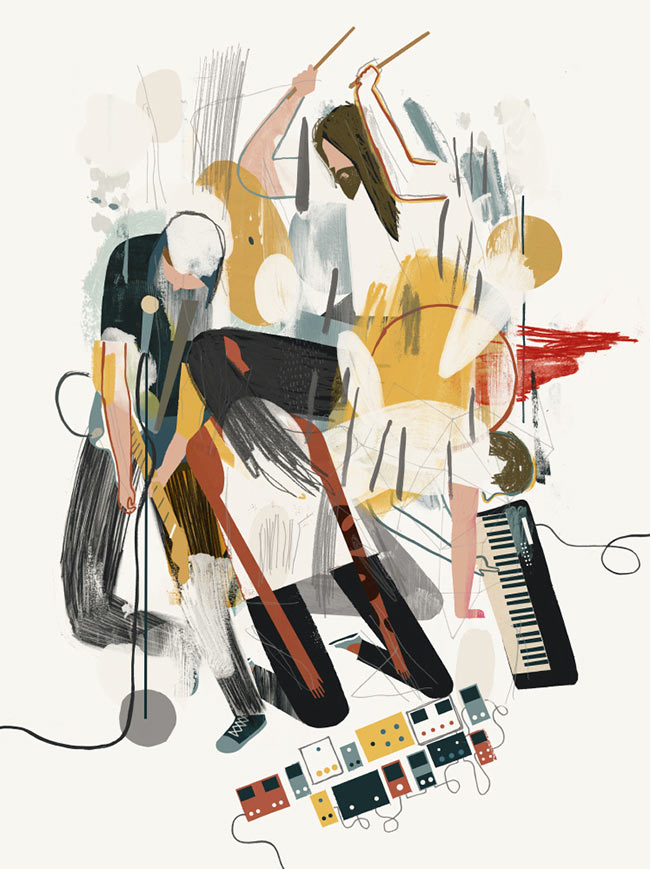 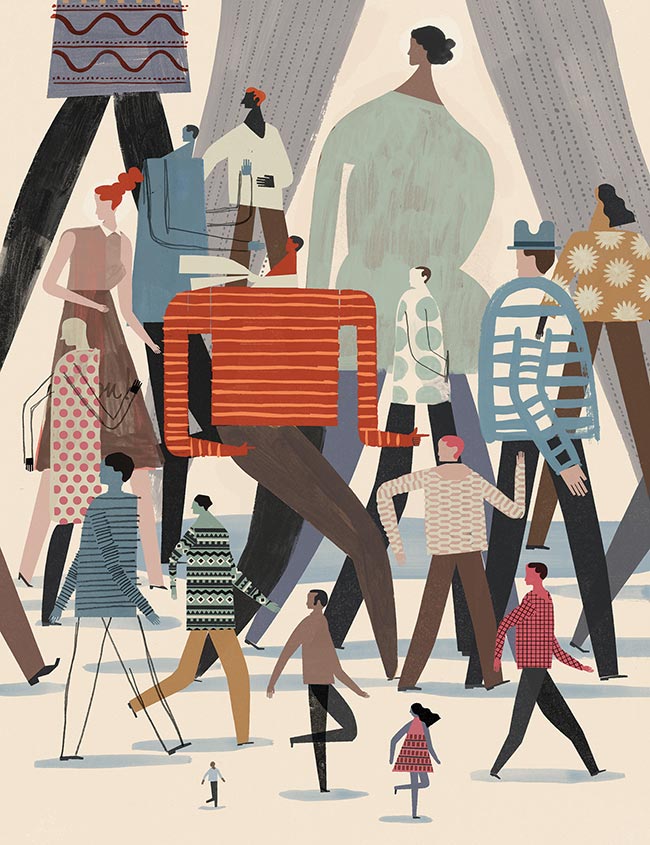