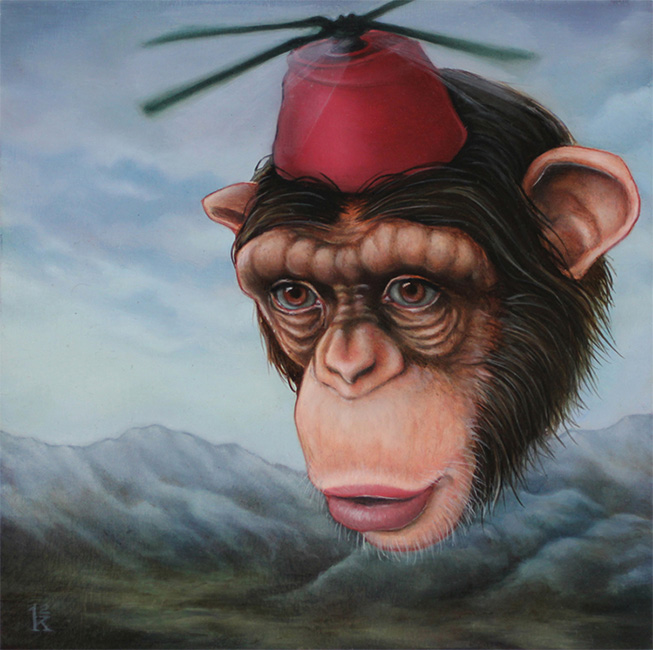 Ken Keirns is a Midwestern oil painter. After spending the last decade living in Chicago and California, he recently settled in Colorado where he paints full time and looks forward to the winter. While his primary medium is oil, he also enjoys creating sculptures and mixed-media pieces. His subject matter includes female portraiture and anthropomorphic creatures interlaced with personal experiences, dreams, and the occasional bad pun. Ken’s formal education is in graphic design and, while he has taken a few formal painting classes, is mostly self-taught. Ken’s artwork has been acquired by collectors across the U.S., Europe and Asia, and has been featured in publications including Spectrum, Catapult, and Hi-Fructose.

“My creative process is kind of messy. It begins with an idea, like a memory with potential or a fun play on words. Then I scribble it onto a piece of typing paper. If it has a tricky composition I will draw a rough version and transfer it to hardboard, otherwise I will draw directly on the surface. I prefer using loose paper, instead of a proper sketch book. I have several folders of rough sketches and ideas filed away. No magnifying glass, just a lot of squinting. I came to settle on oil paint because I really like the depth that I can get from building the layers. Also, I love the longer drying time that oil offers. I have a tendency to rework things, so this is very helpful. I have wiped away many a head. I also love sculpting and mixed-media assemblage. I hope to get back to spending more time on that at some point. I worked with airbrush and acrylic for many years. I still occasionally use acrylics for time sensitive projects, but I prefer oil. I haven’t used my airbrush in years. I’ve been reading up on resin toy making, so hopefully something will come of that shortly.” – Ken Keirns (Creep Machine) 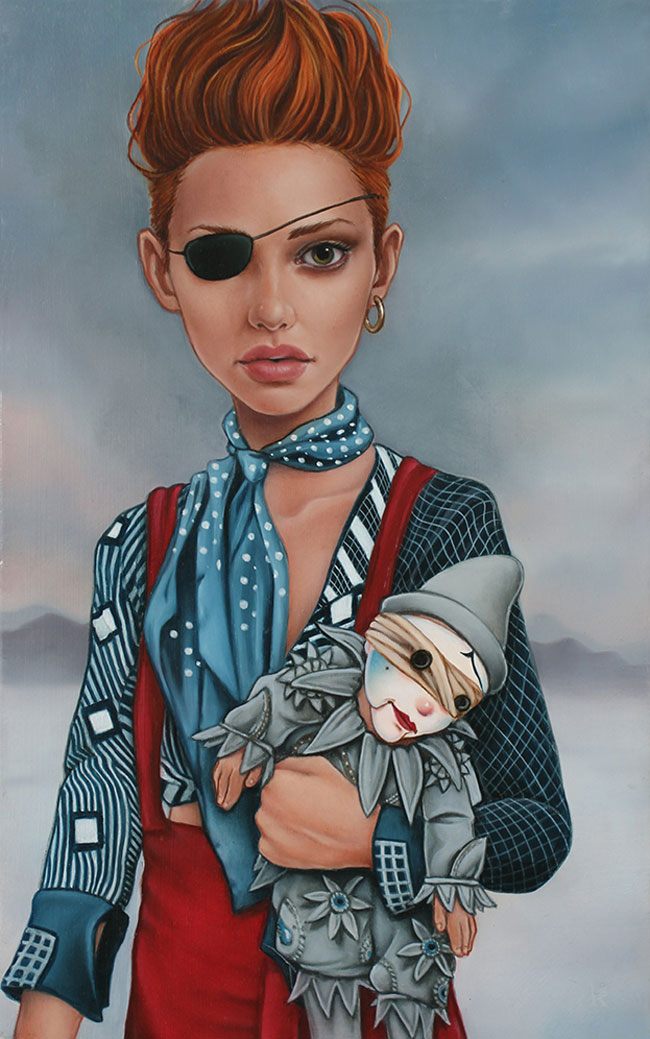 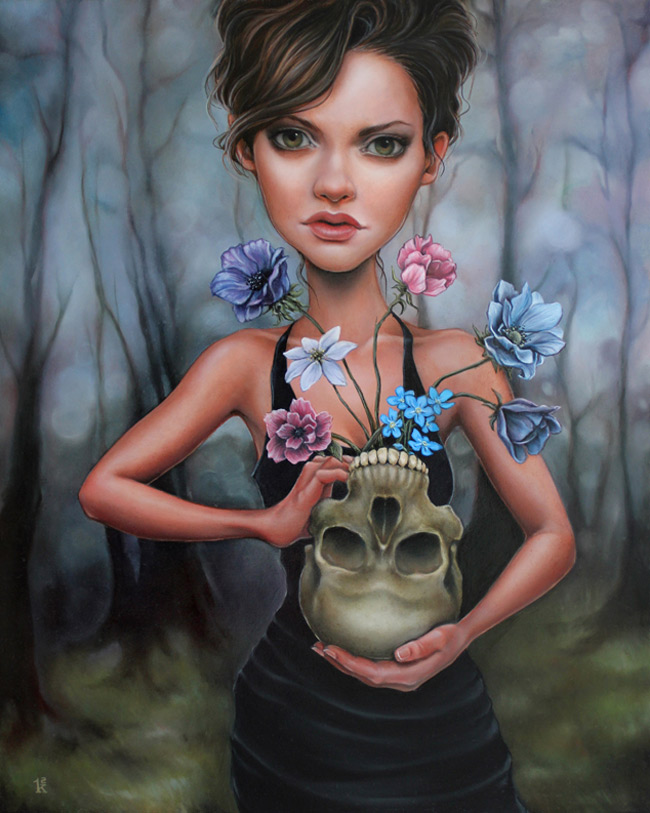 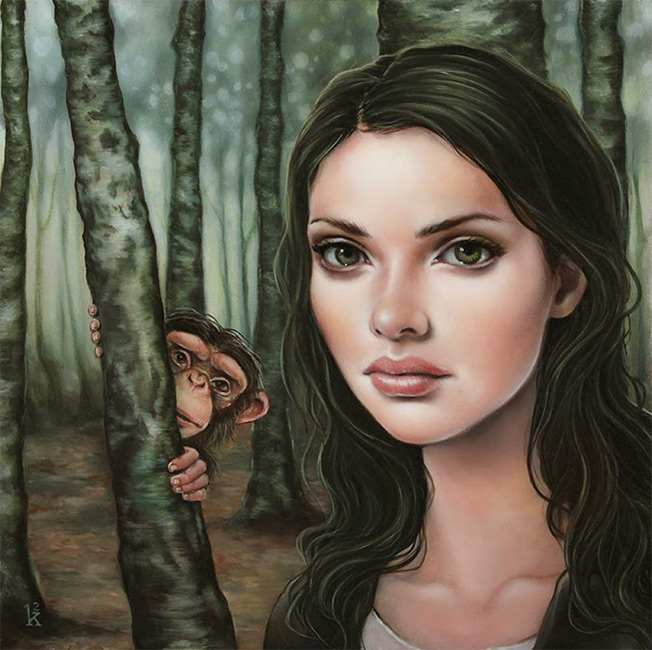 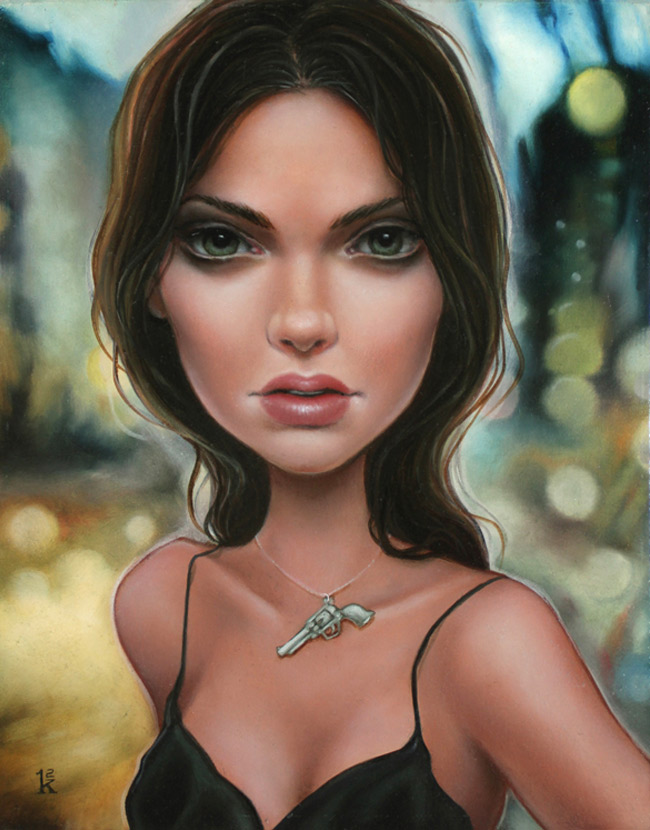 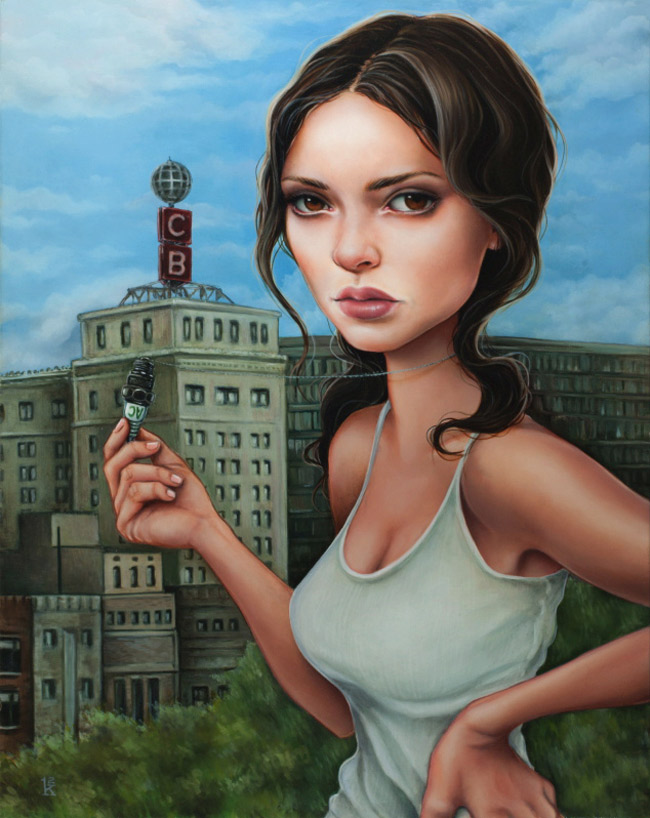 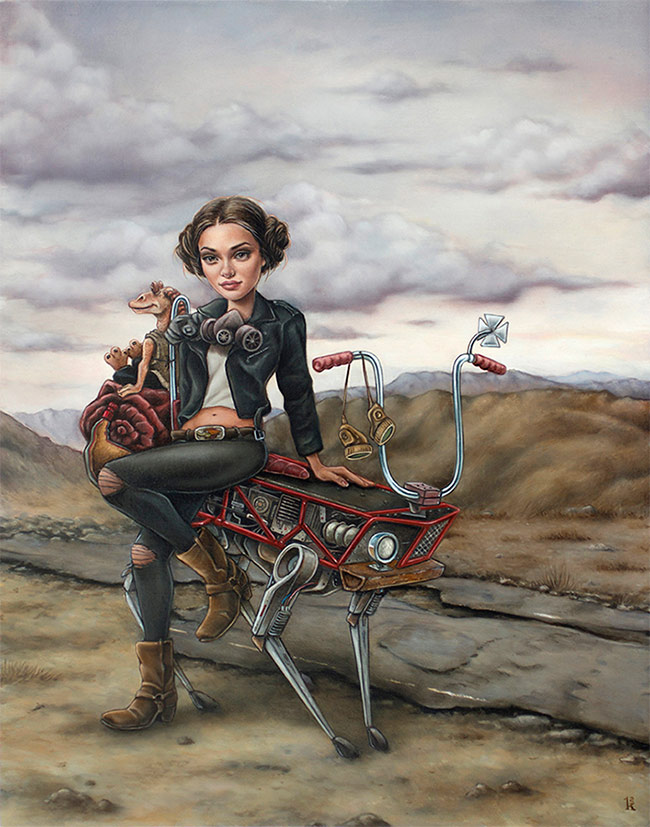 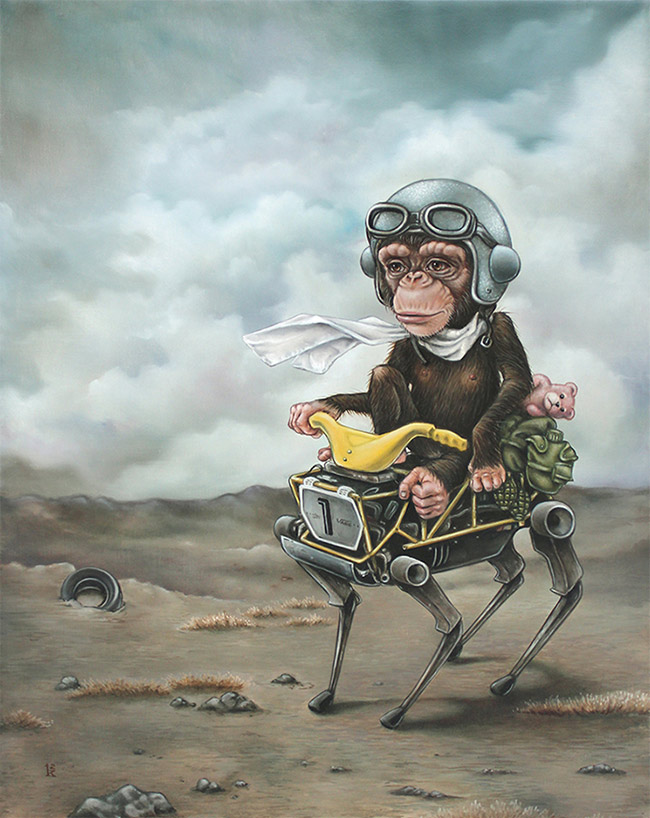 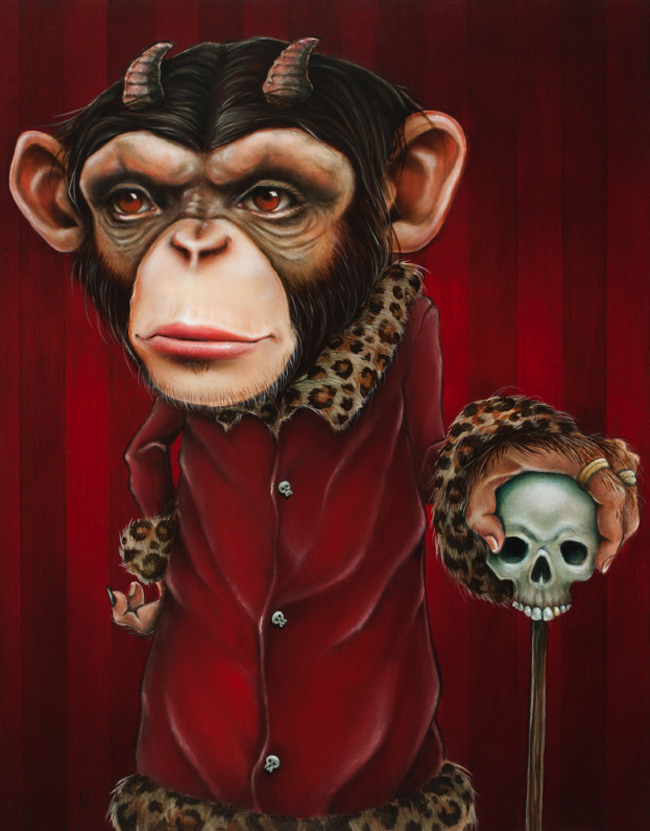 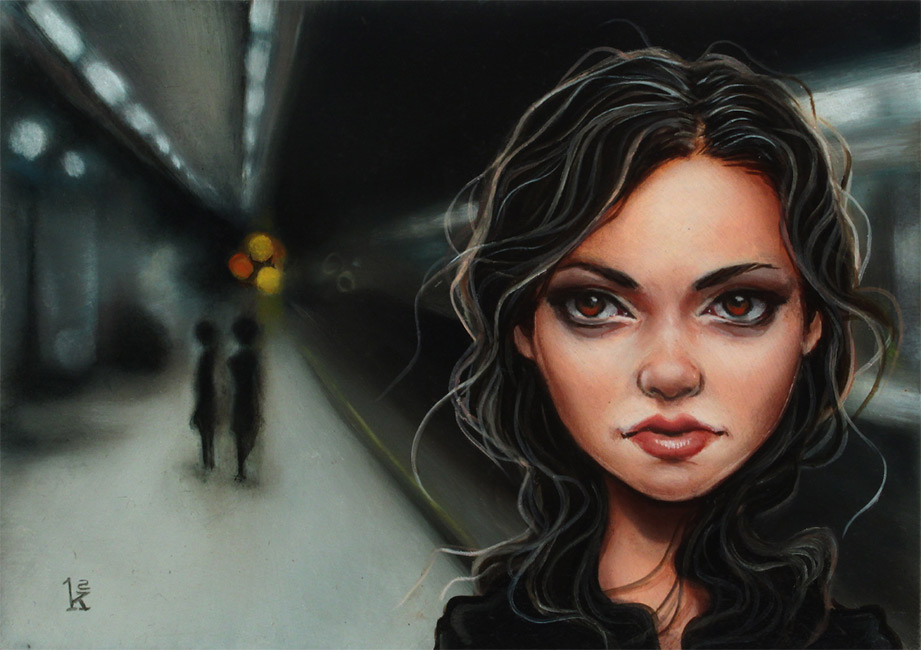 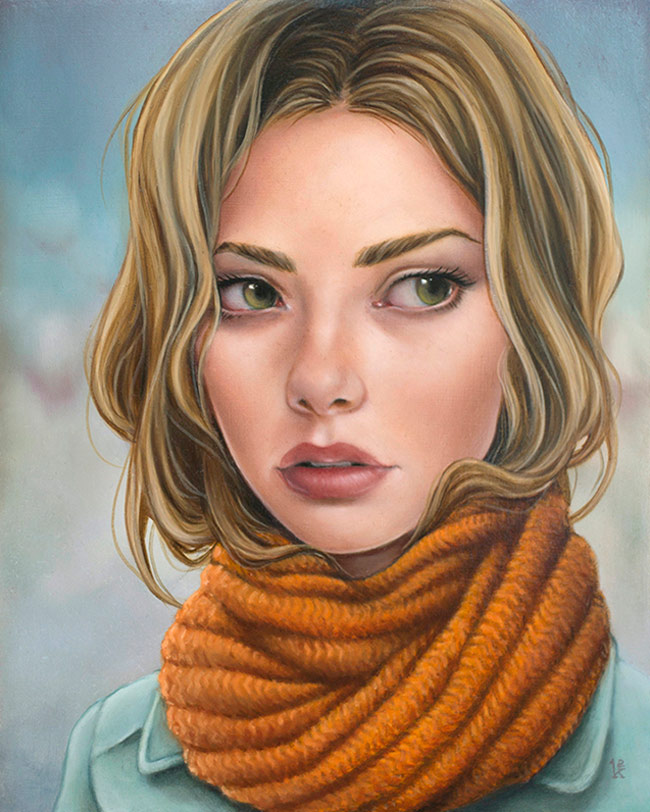 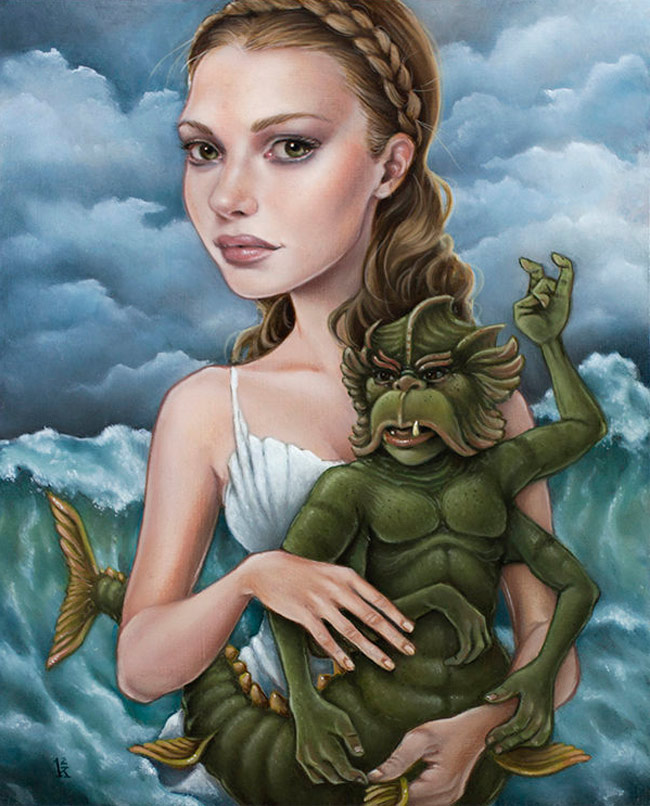 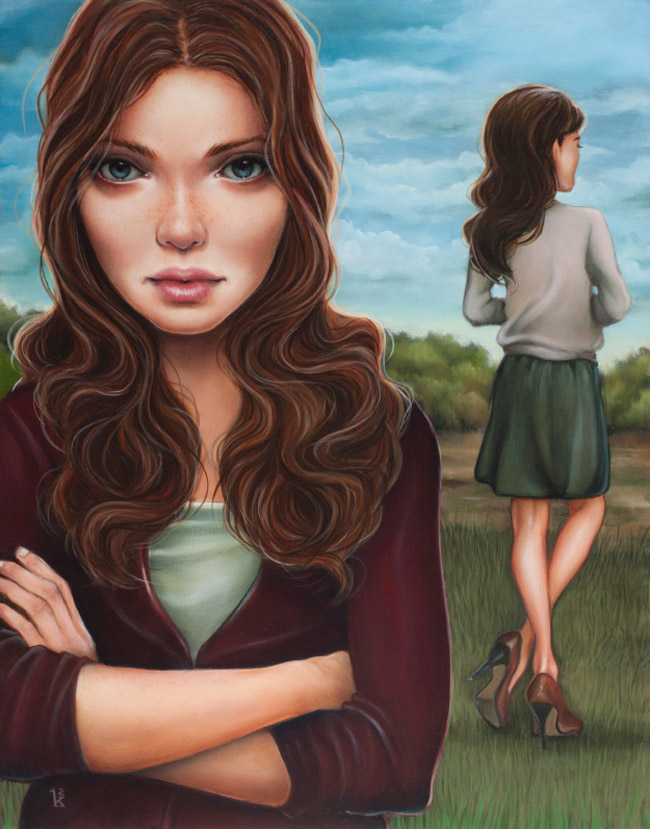 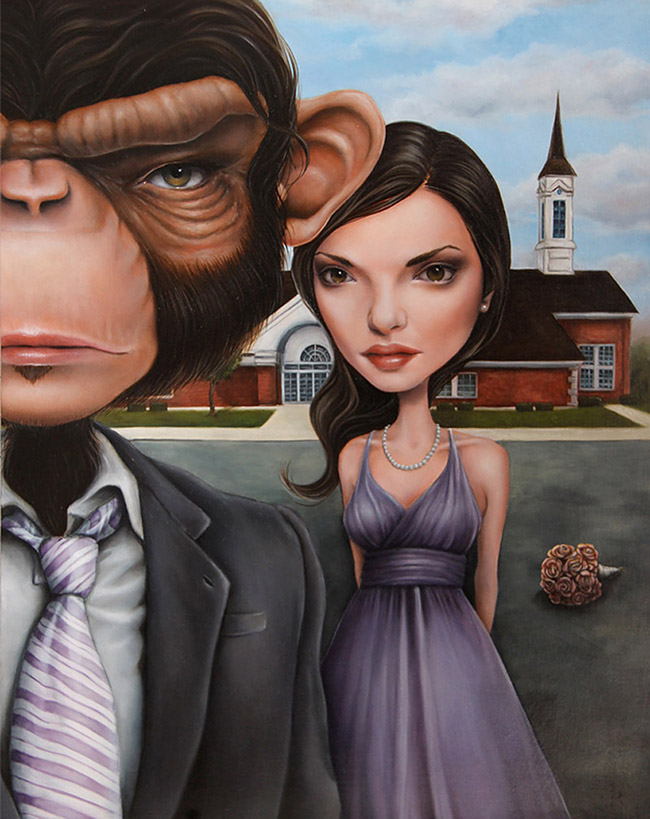