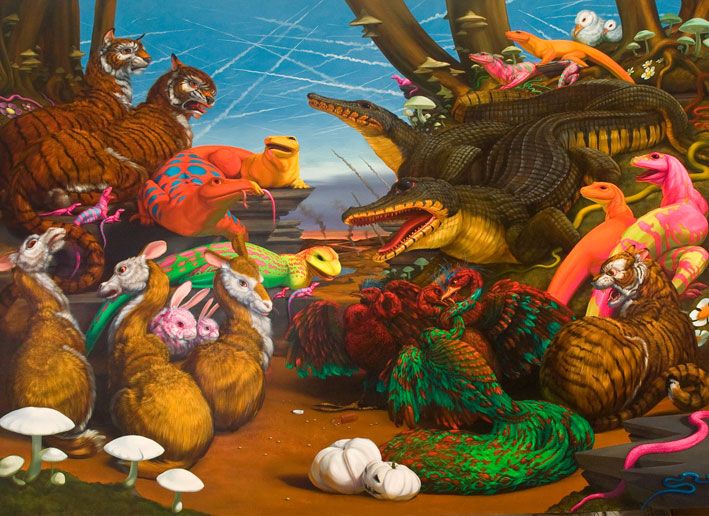 For the past 20 years, the work of Laurie Hogin has consisted primarily of allegorical paintings of mutant plants and animals in languishing, overgrown landscape settings or posed as though for classical still life or portraiture. Her current interests include examining human impulses, desires, and needs, including pleasure, intoxication, addiction, the erotic, totem, violence, greed, grief, and love. These aspects of human experience and identity, resultant of the interplay of evolutionary biology and culture, find expression in the history of visual culture as well as in the nearly schizoid array of cultural material and commodity in contemporary consumer capital. Hogin combines various tropes from the history of painting, natural history and scientific display, pornography, fashion photography and retail display with narrative allegory, often describing political, social, economic, and emotional phenomena.

Narratives and stories – from fiction, myth, doctrine, and propaganda, to news items, ad slogans and song lyrics – articulate human experiences. Our current cultural context is one in which free markets promise stories, experiences, images and commodities to fill every conceivable human need and desire, from the most basic to the weirdest and darkest. Recent works are a combination of personal narrative and cultural comment that describe how Hogin views herself as an example of a contemporary individual negotiating the world as she recognizes and copes with the impulses inherent in her own humanity.

Laurie Hogin’s paintings range in size from the near-heroic to the diminutive. They take their window-like compositions from natural history dioramas and Western landscape, still life, and portraiture, combining visual strategies from the history of painting with contemporary visual conventions. Species are chosen for their allegorical associations in Western culture, but are depicted as degraded or mutant versions: They are the day-glo colors of contemporary media landscapes; their morphology resembles toys and cartoons as much as naturalistic specimens. The plants, animals, and objects depicted are the colors of our globalized economy, from the day-glo hues of big-box store commodities to the pixilated palettes of television and the internet, as well as the colors of nationalist identity and political affiliation. Plant vines sprout berries that arrange themselves as psychoactive molecules and mushroom caps display emotional slogans; the landscape becomes an imagined nature’s literal embodiment of contemporary expressions of human desire and need.

As a painter, Hogin values the visual, tactile and poetic pleasures of what paint can do and what it’s for: it’s formal and material qualities, it’s plasticity, and it’s usefulness in appropriating languages from the history of its use to certain semiotic purposes. Her color palette has acquired the day-glo intensity of contemporary media landscapes; I revel in its visuality and vulgar seductiveness as much as cast a critical eye. Hogin’s animals remain allegories of culture as much as avatars of her own psyche, whose expressions engage with the emotionality of daily fears, joys, pleasures, desires and outrages, and whose furs and skins are both tactile and toxic.

“Every artist channels the sum total of their biology and experience, a unique subjecthood at a specific point in history. I am certainly conscious of and interested in this phenomenon, and think my best work synthesizes my favorite aesthetic histories and languages with my thoughts and experiences as a contemporary person.” – Laurie Hogin (PROGRAPHICA) 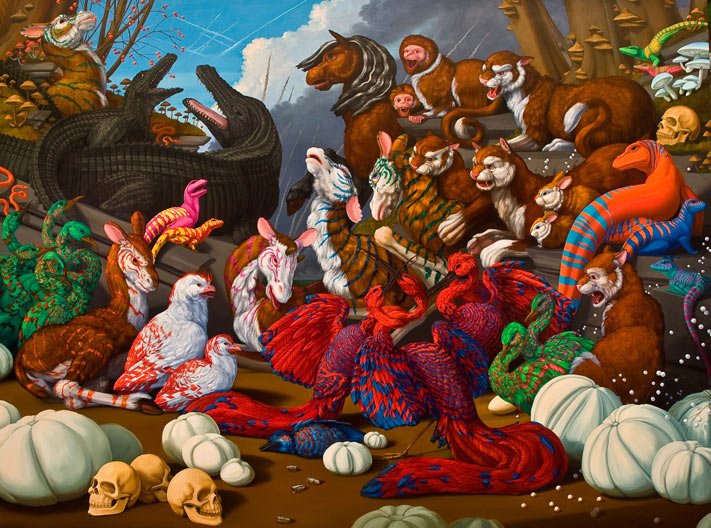 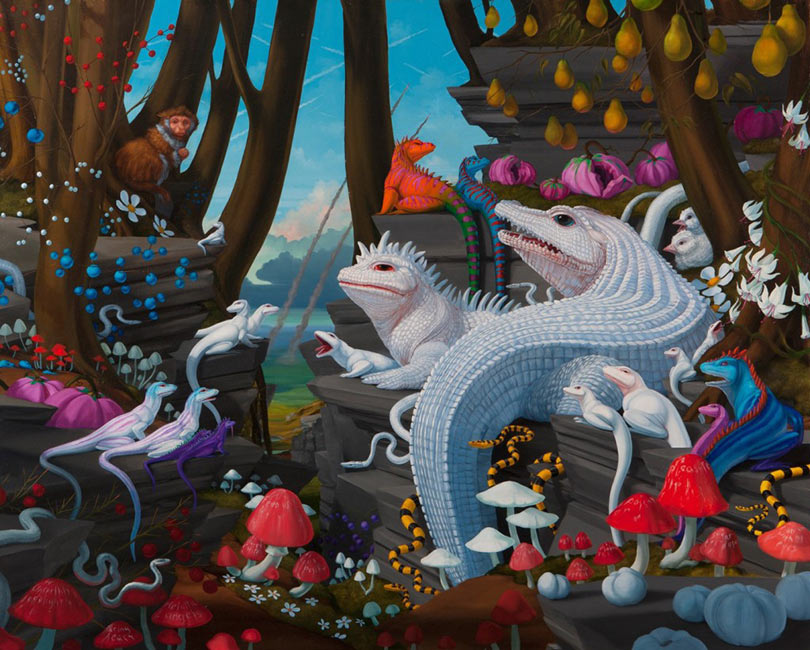 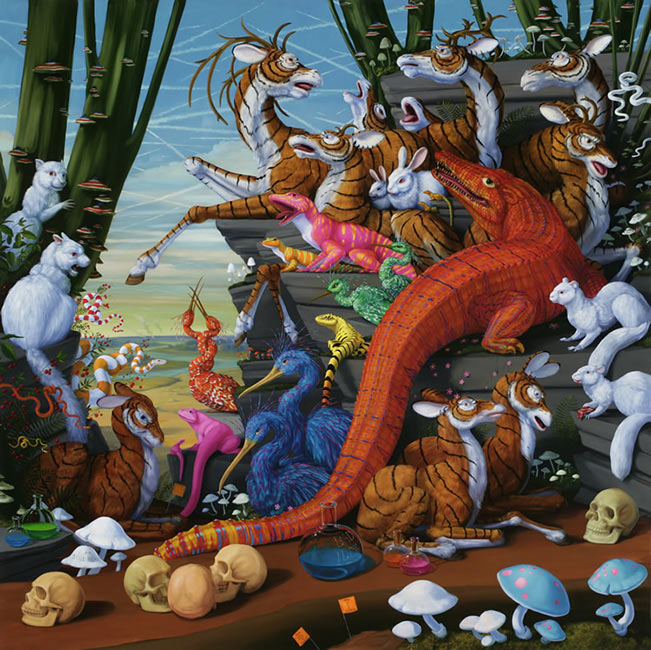 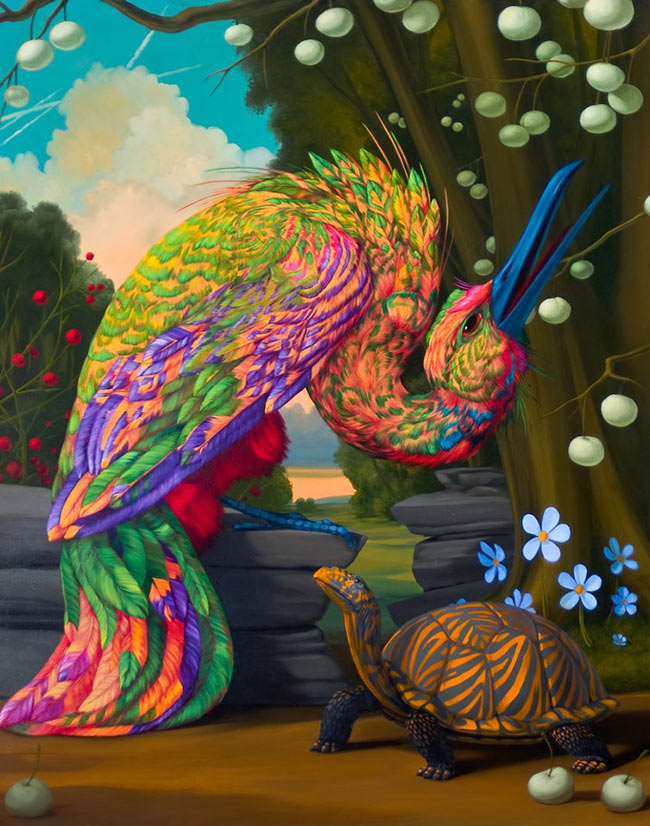 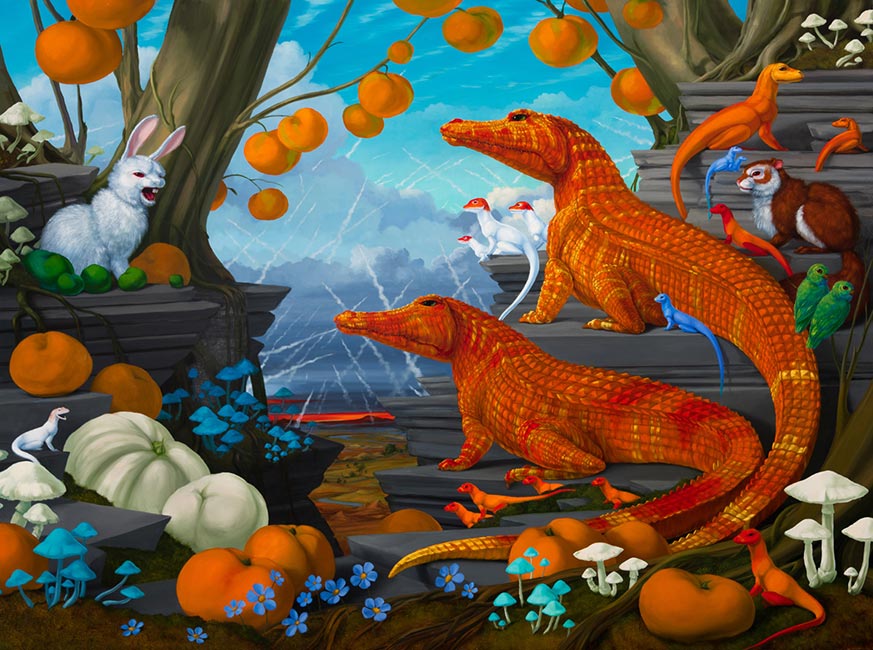 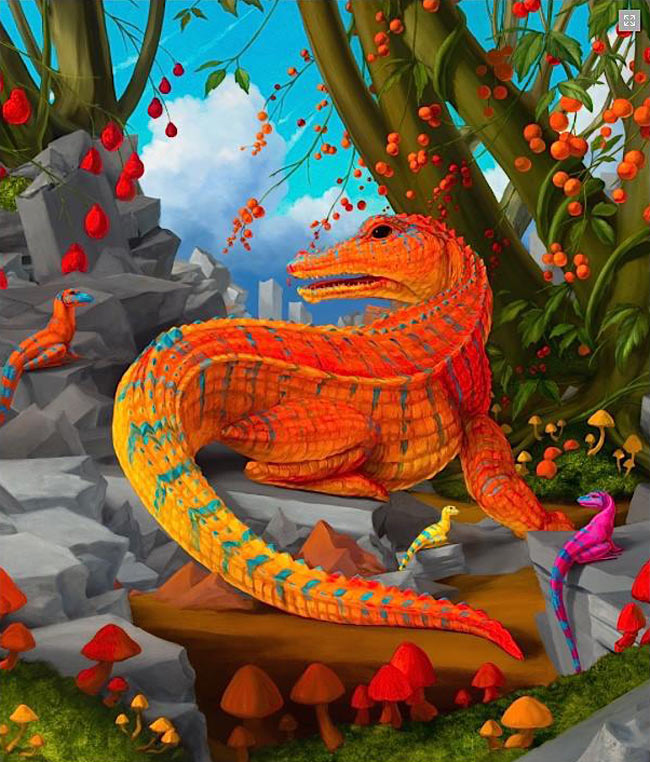 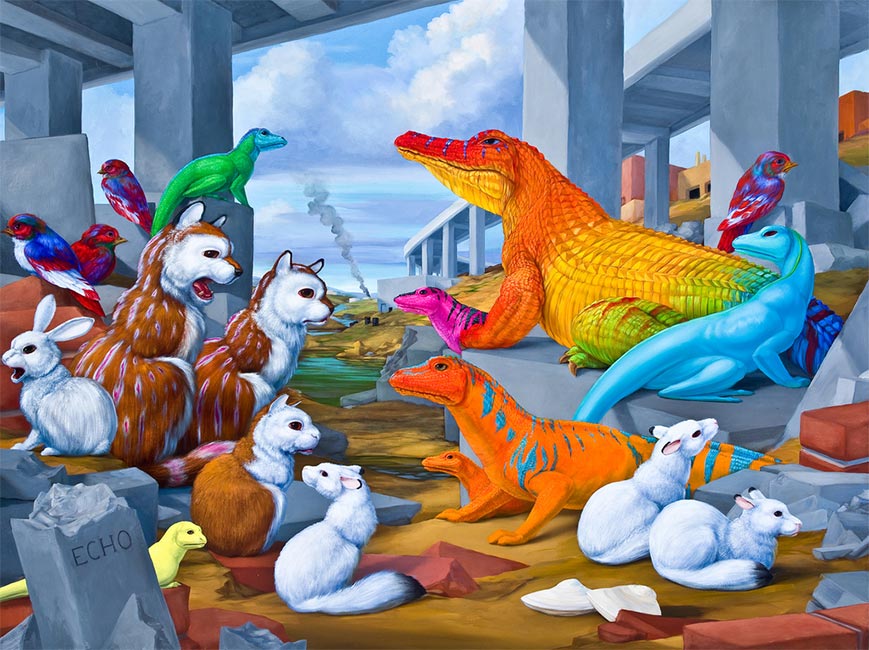 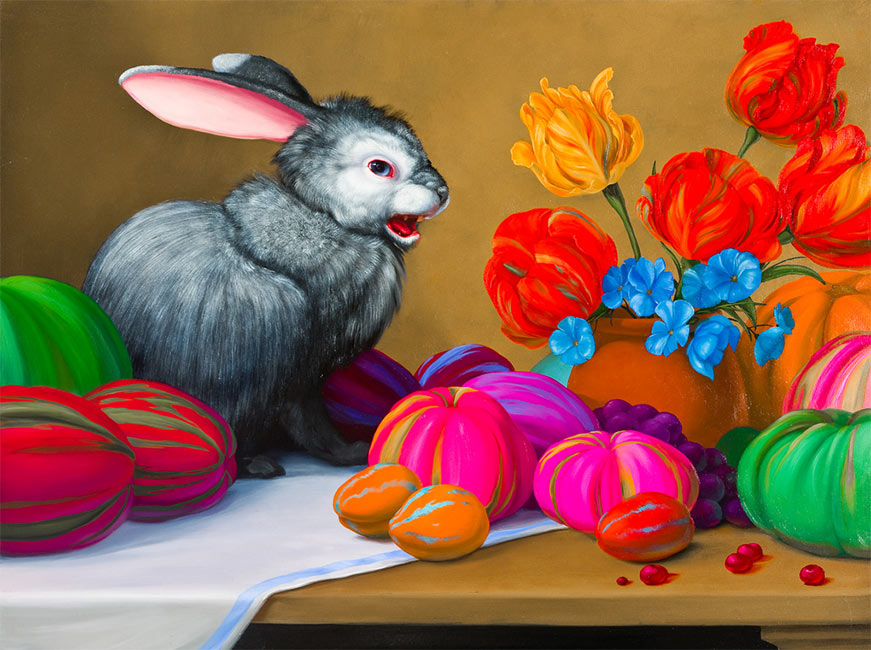 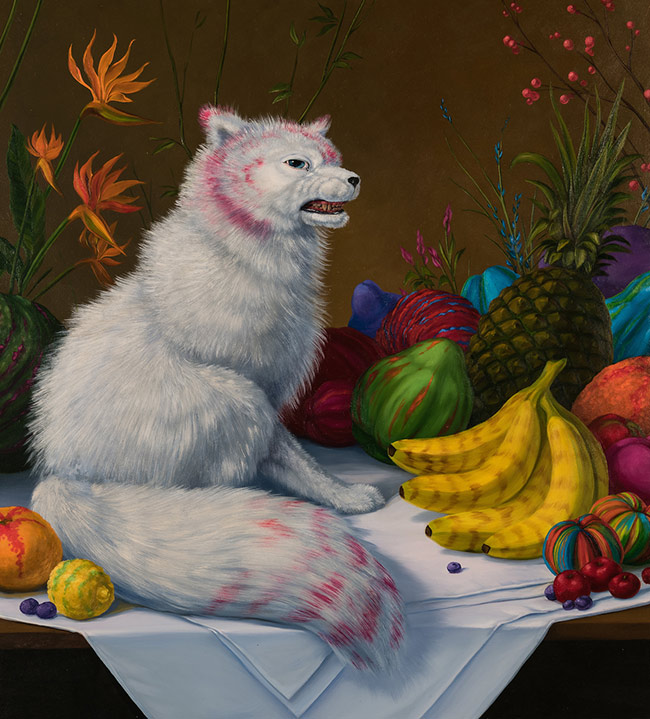 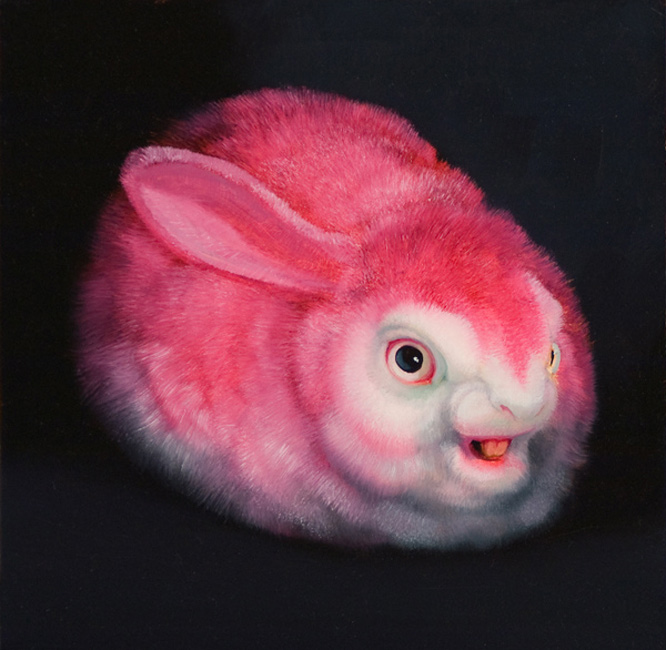 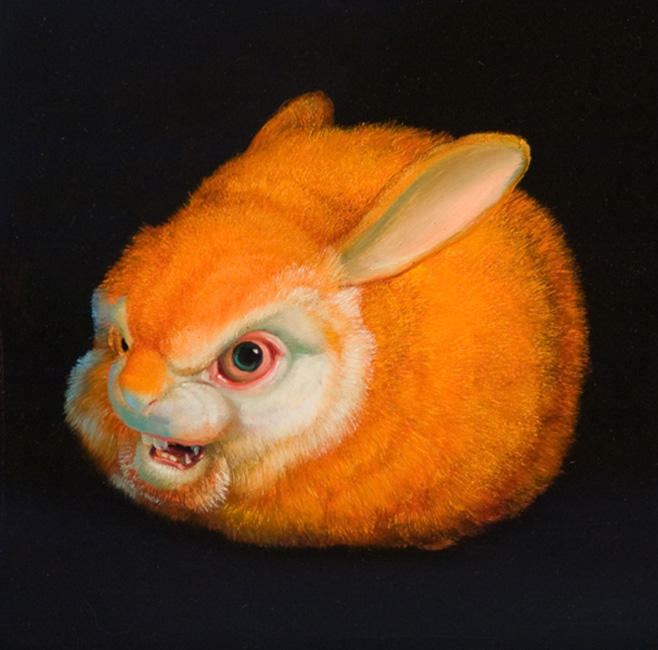 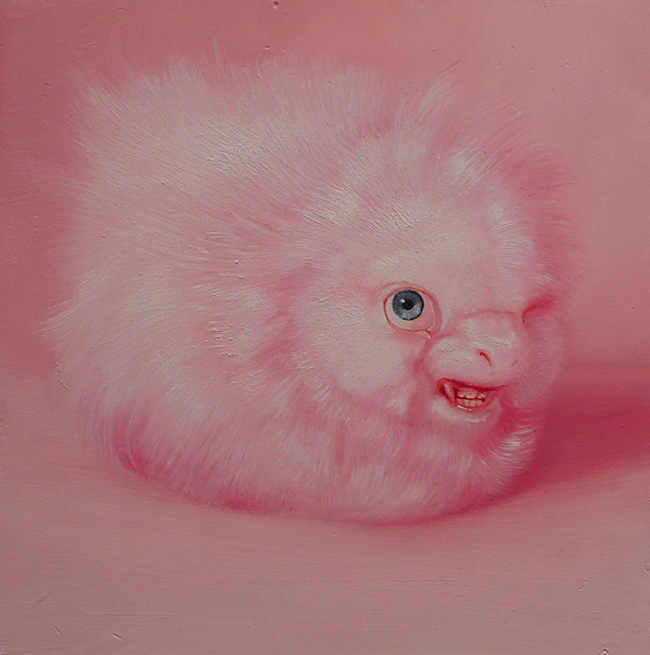 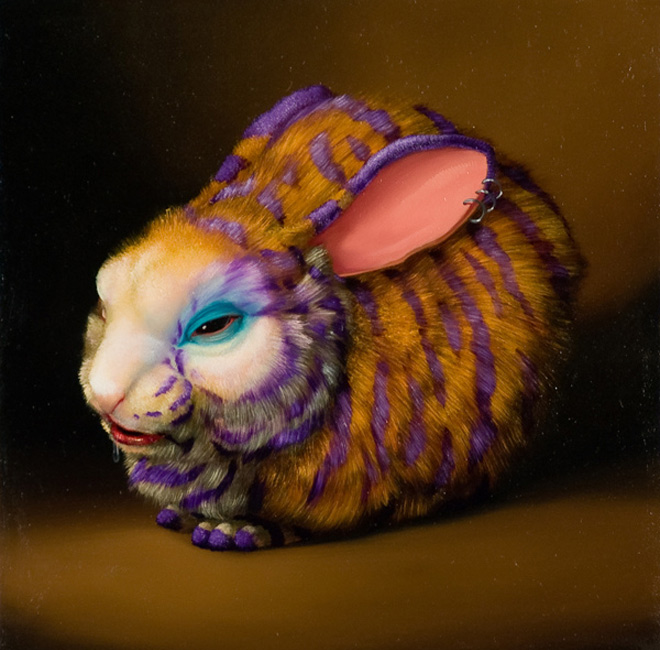 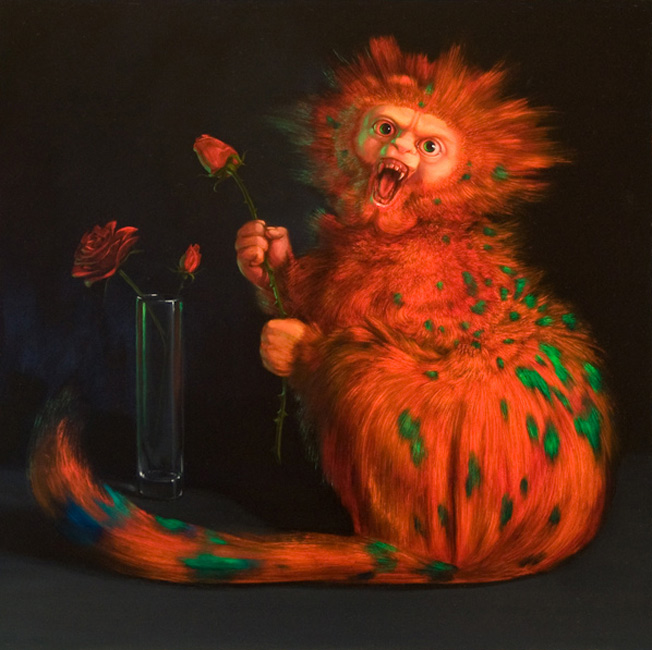 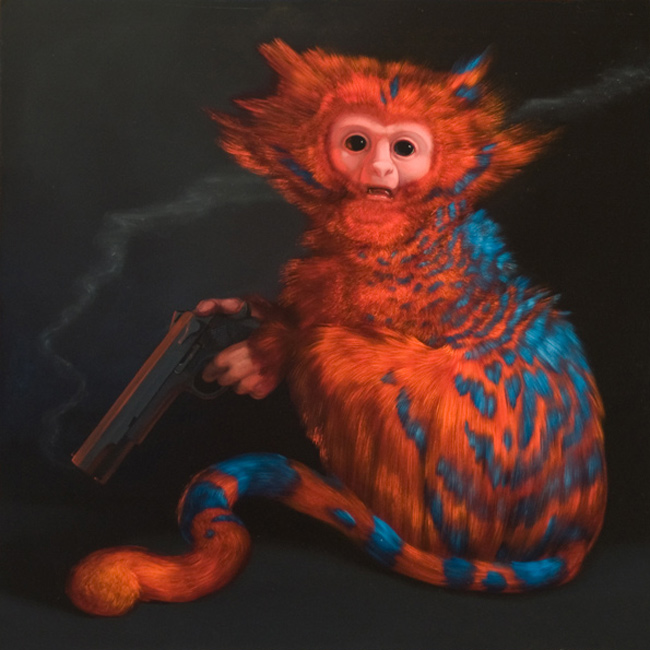