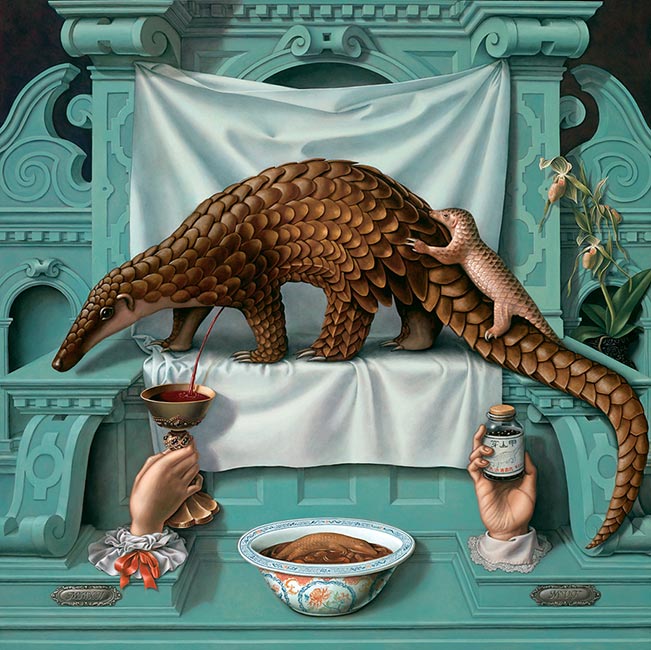 To create her unusual paintings, Madeline von Foerster uses a five century-old mixed technique of oil and egg tempera, developed by the Flemish Renaissance Masters. Although linked stylistically to the past, her paintings are passionately relevant to the present, as such timely themes as deforestation, endangered species, and war find expression in her work.

Von Foerster’s artworks are in collections around the world and have been featured in numerous publications, including a recent cover feature for Orion Magazine. She was named as one of the “Top Contemporary Surrealists” by Art and Antiques Magazine. Born in San Francisco, von Foerster studied art in California, Germany and Austria, and currently resides in New York City.

“I’m really fascinated by the human/nature conundrum. We are part of nature, created from it, yet there is this undeniable separation. Partly it seems due to the Promethean gift of language, and the resulting brain that squawks and chatters and evaluates relentlessly. It is only too easy to be alienated from the physical world and the occurring moment – our brains are simply magnificent, overachieving factories of meaning-making and abstraction. I used to have a great poster on my wall, many years ago, torn from a punk zine. It read: ‘my brain thinks that it can kill my body, and go on living.’ Isn’t that just profound? Our consciousness really is that narcissistic, and if you extrapolate it to humanity (brain) relating to the planet (body) it’s true on that level as well.” – Madeline von Foerster (Hi-Fructose) 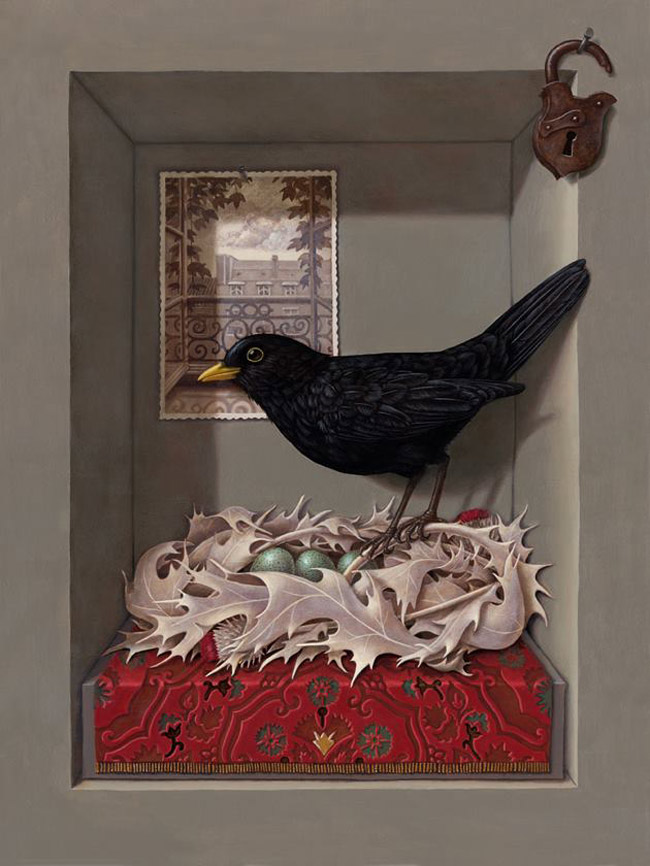 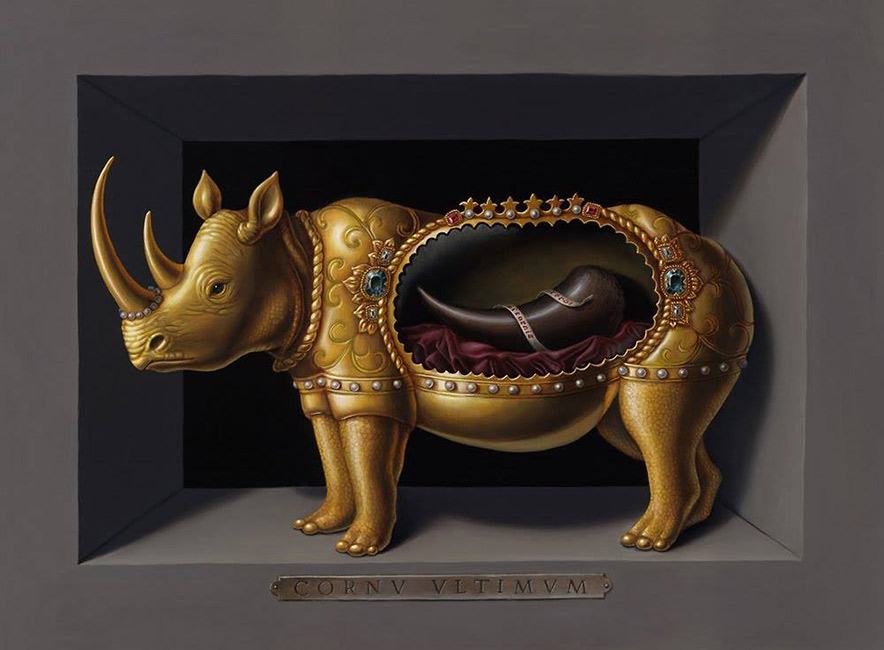 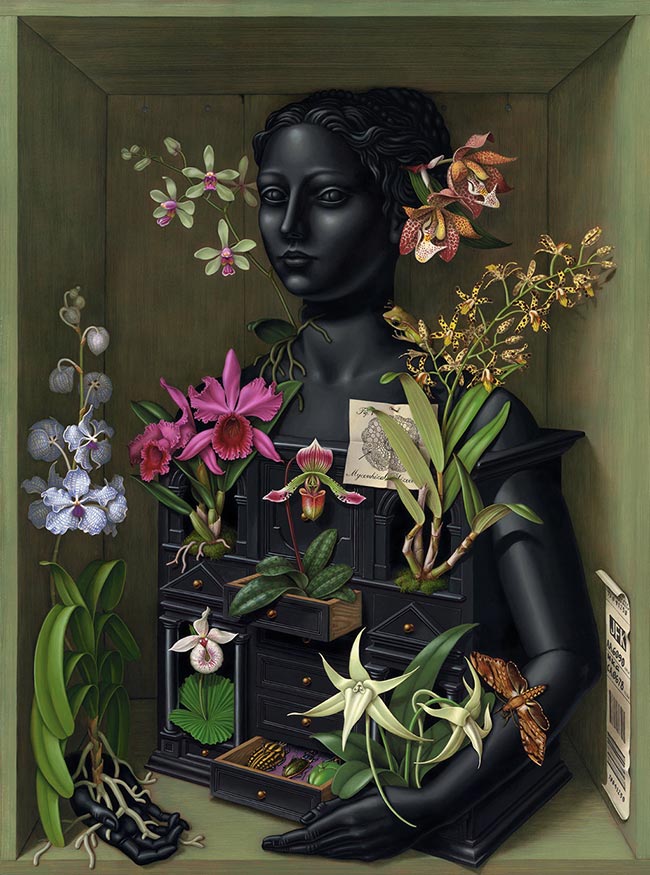 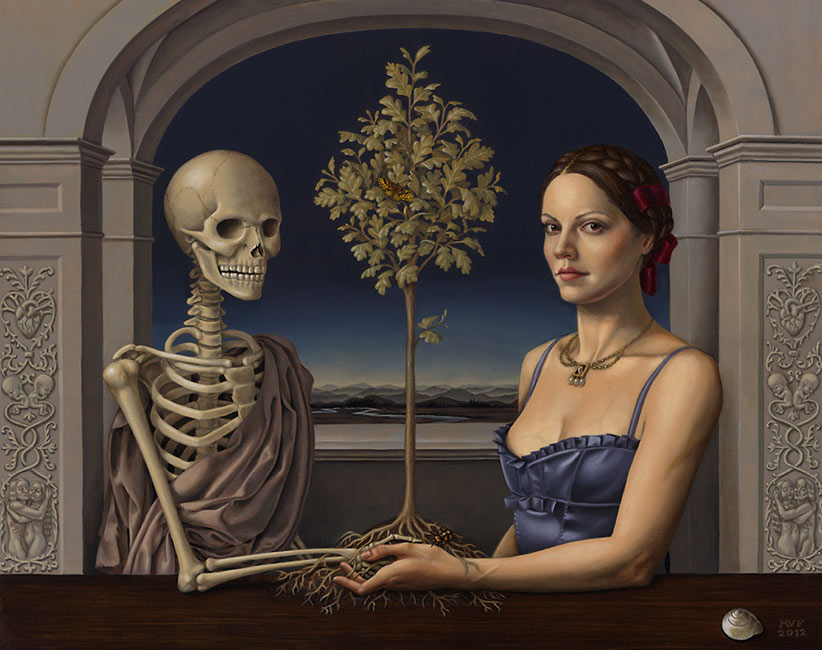 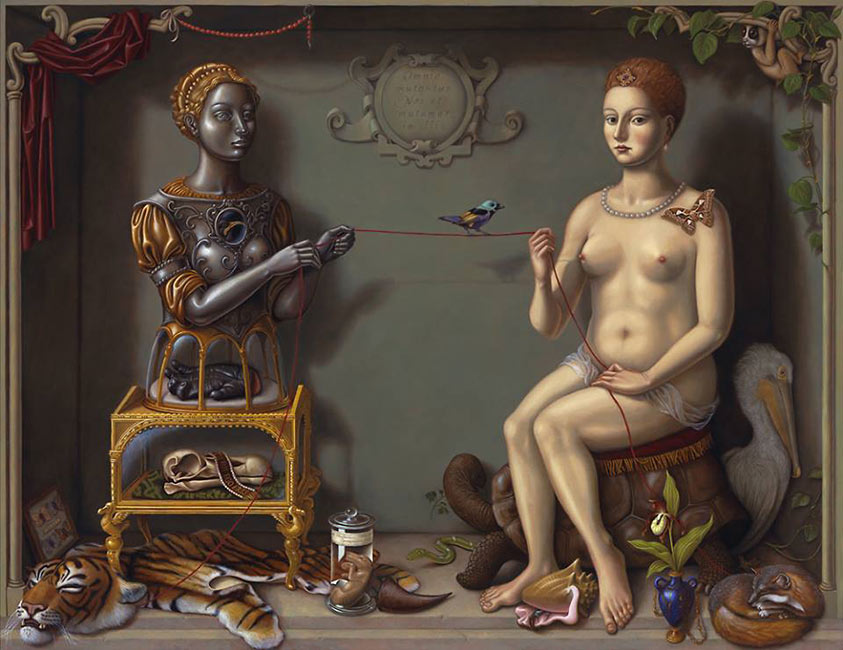 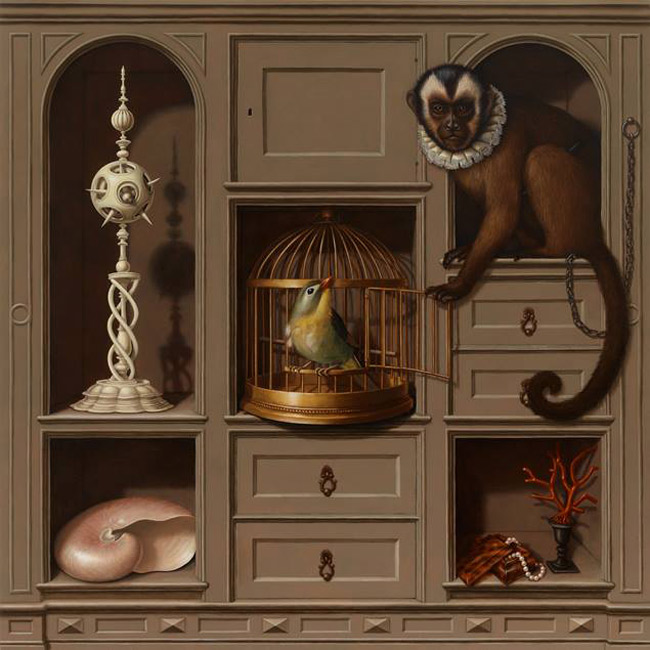 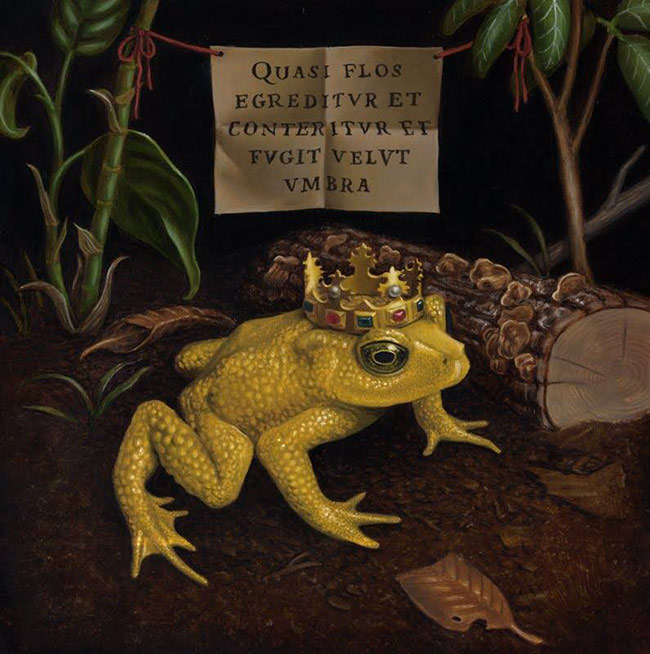 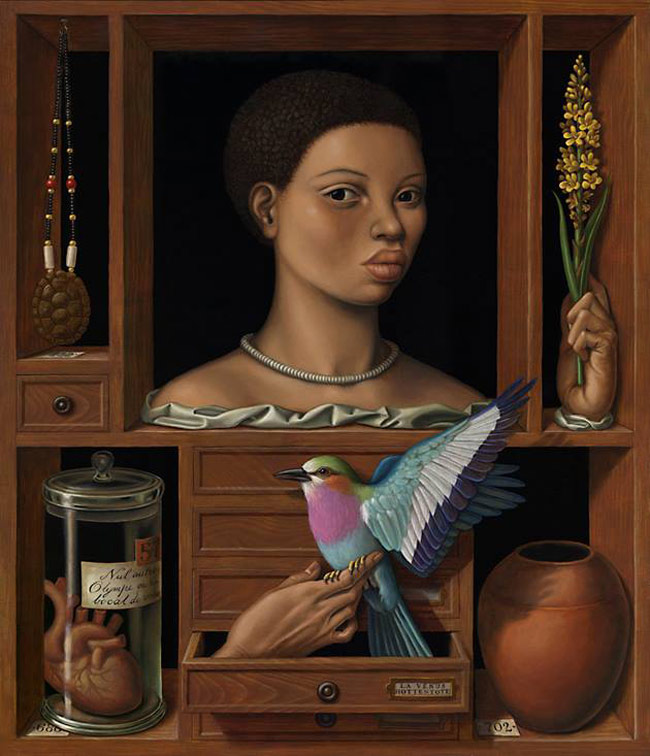