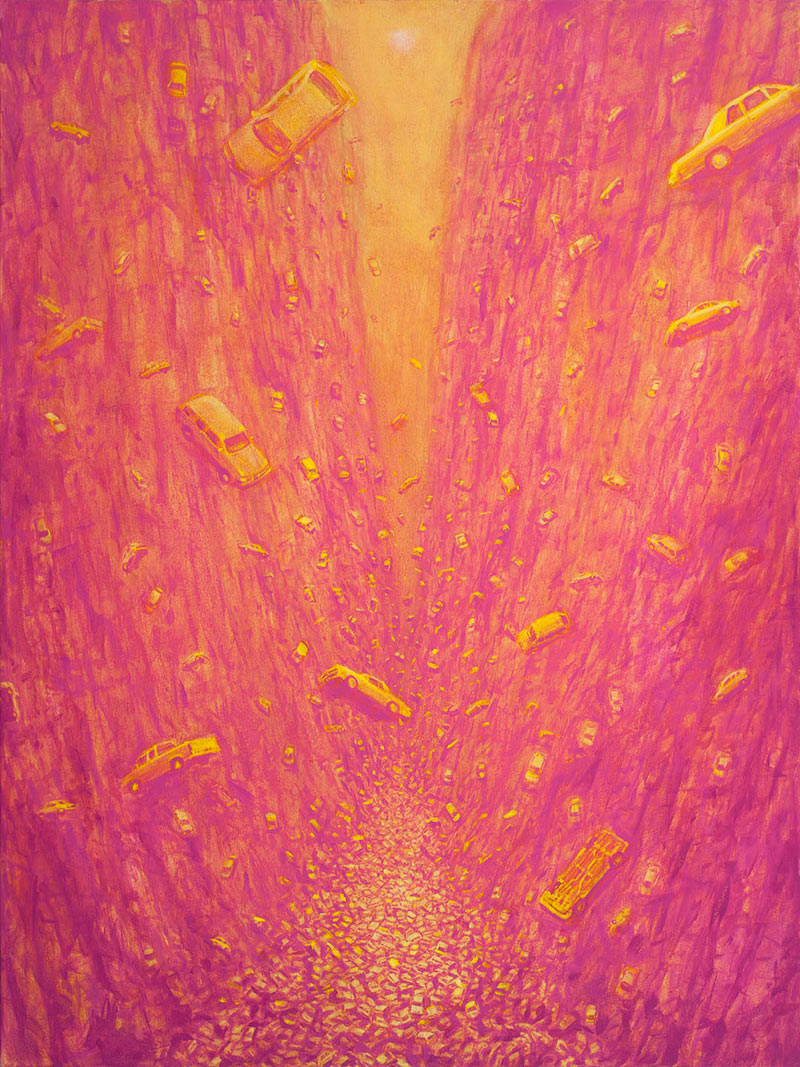 Michael Kerbow is a San Francisco-based artist who works in a variety of media including painting, drawing, assemblage, and digitally-manipulated photography. He received his MFA from Pratt Institute in New York. His work has been exhibited nationally and internationally and has appeared in multiple publications.

Michael explains his work by saying, “My work explores the way in which we engage with our surroundings and the possible consequences our actions have upon the world in which we live. Through my work I attempt to question the rationale of our choices, and try to reveal the dichotomy that may exist between what we desire and what we manifest. Recently my work has focused upon the mechanisms that power our society and examines how they may influence the construct for a possible future.”

“I try to work in my studio every day. I tend to work on several paintings simultaneously, rather than one at a time. This allows me the opportunity to move from one painting to another, depending on the mood I am in. Some paintings may done quickly, taking only a day to finish. But more often, I will work on a painting over several days, weeks, or maybe months. Things are always fluid. I might have an initial idea for a painting, but I try to stay receptive to what happens during the painting process so that I can respond. In other words, I don’t force a painting to become exactly as my initial mental image. I try to allow the image to evolve as it is being painted and respond to what it reveals to me as it is being created.” – Michael Kerbow (Techietonics)

WOW x WOW is honoured to have two new paintings by Michael Kerbow in ‘ROOM OF A THOUSAND DOORS’, our current online group exhibition. The paintings, ‘Imminent Gifts’ and ‘Sunken Dreams’ are part of Michael’s ongoing series of works. 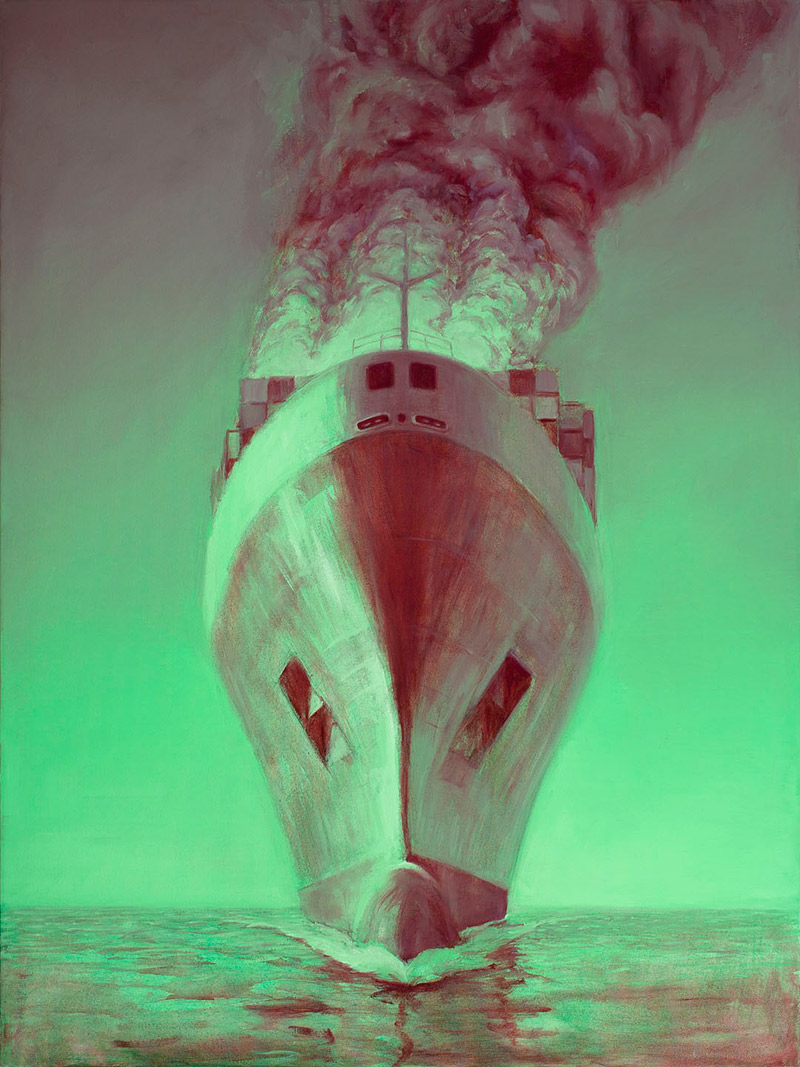 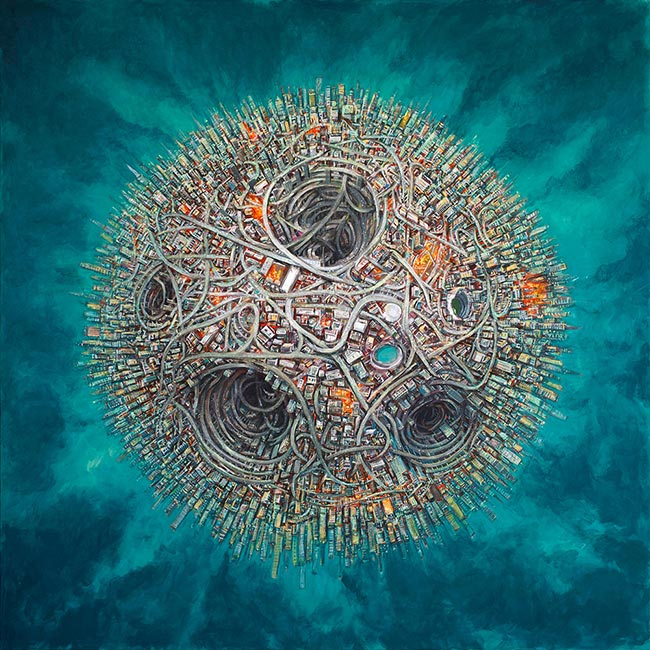 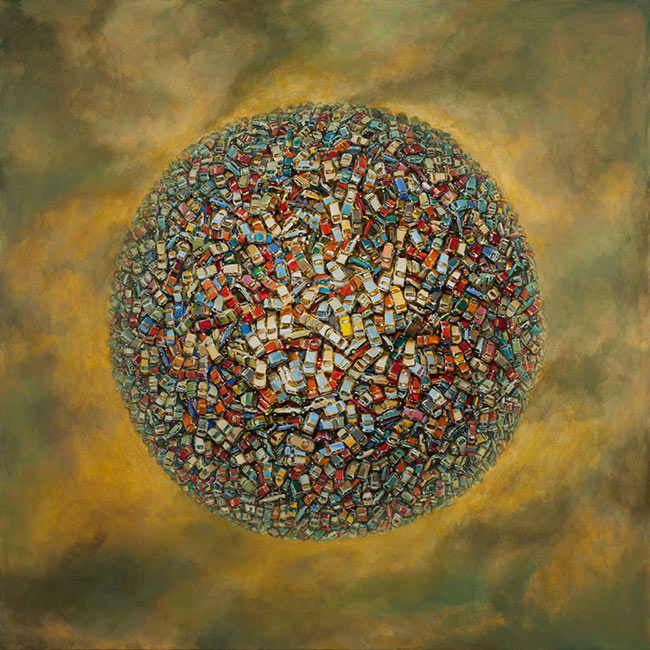 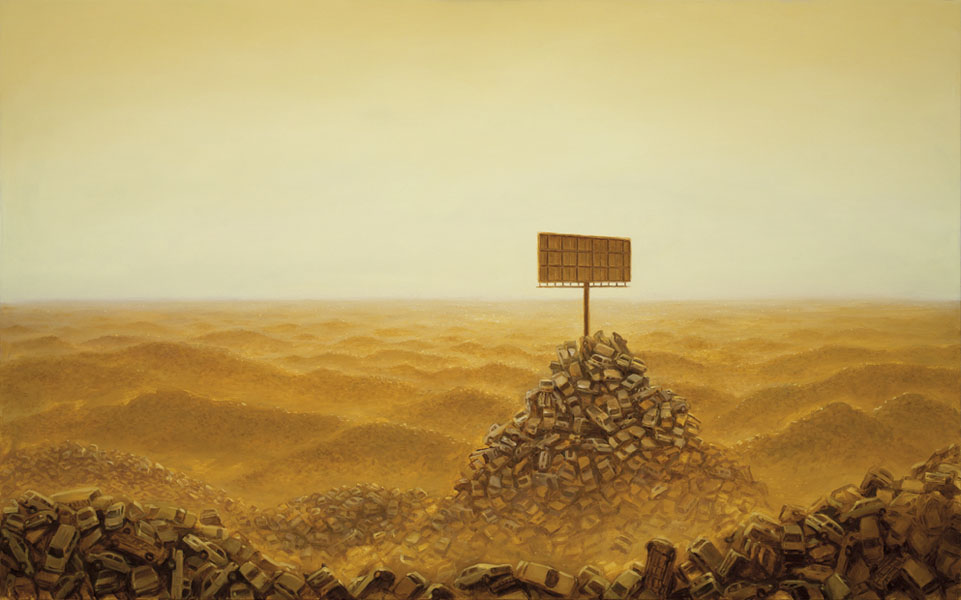 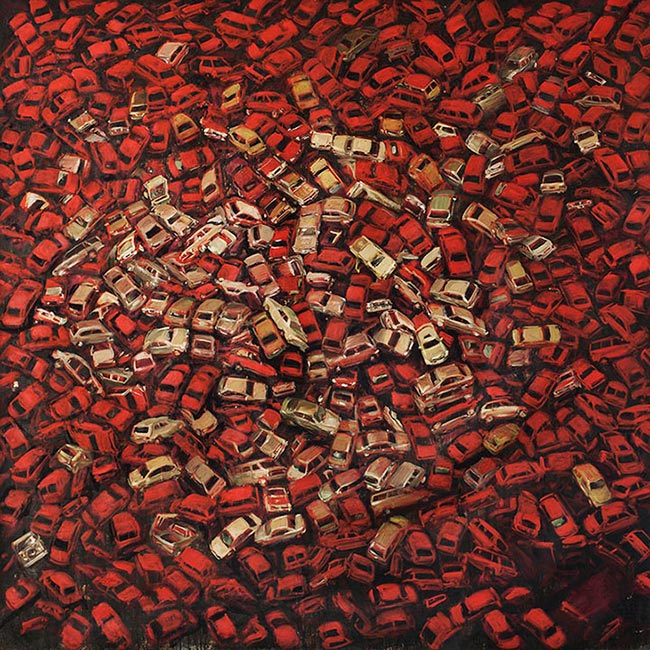 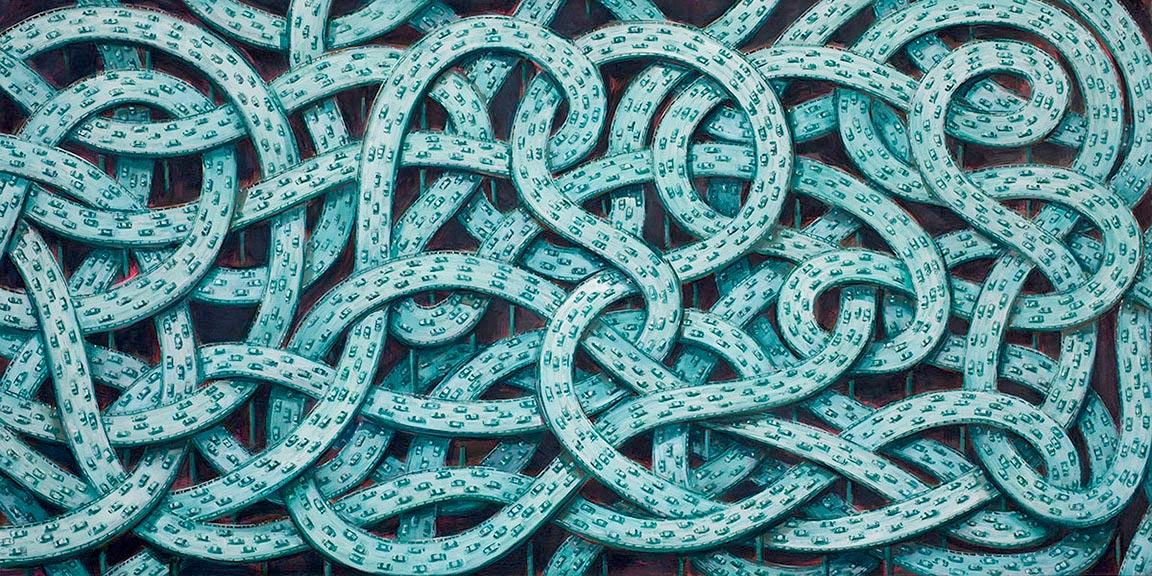 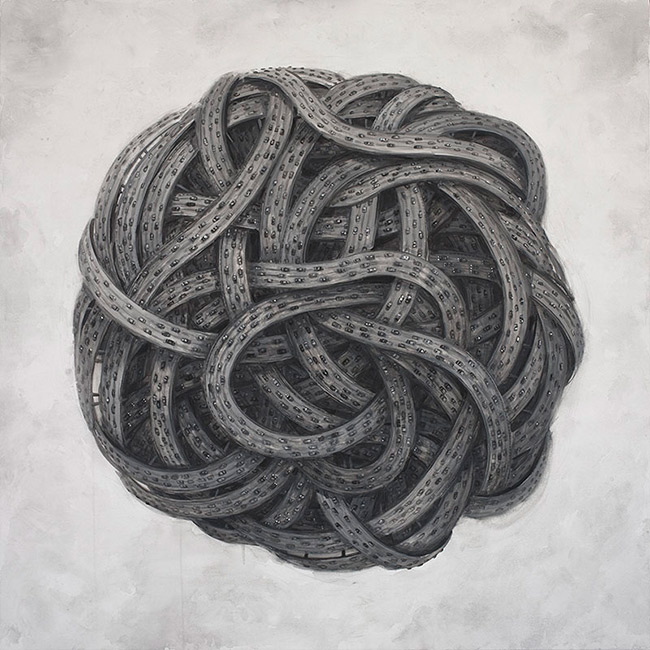 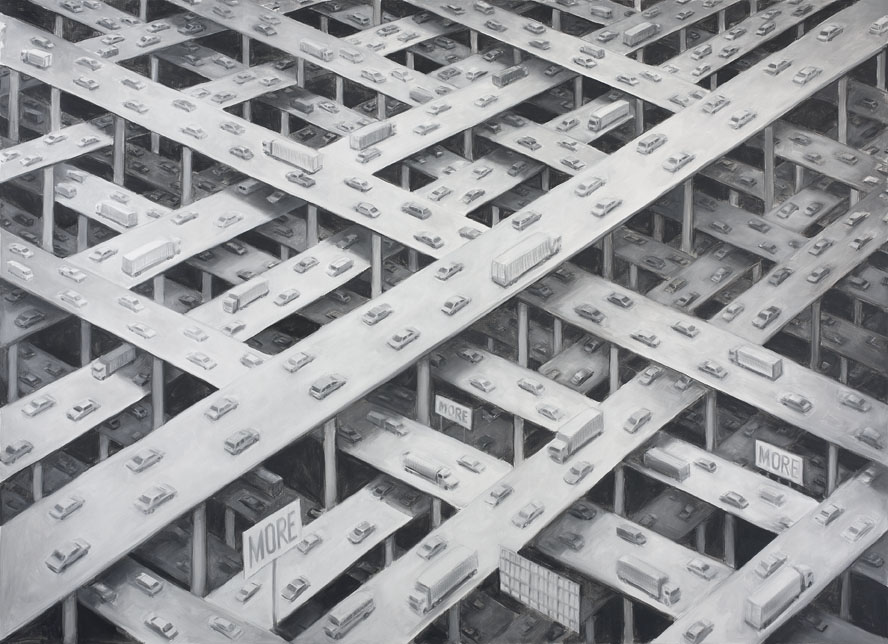 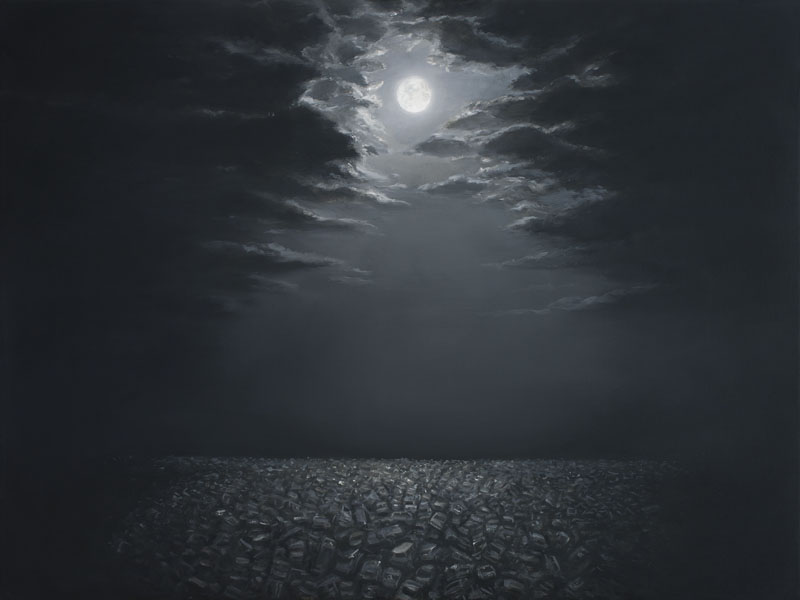 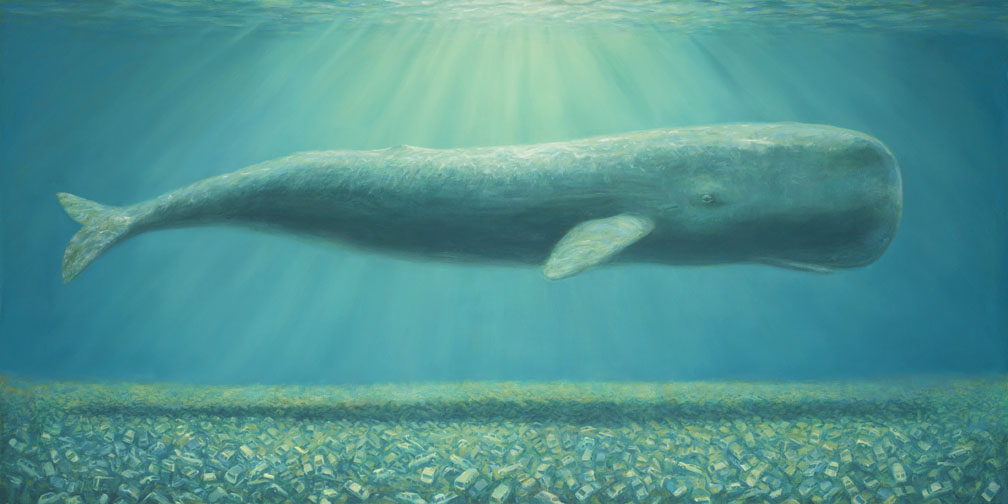 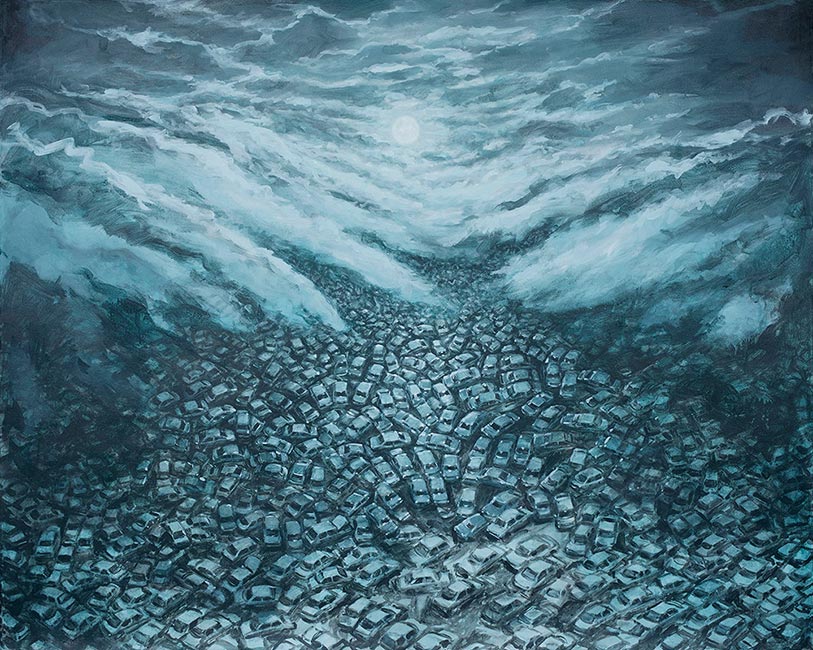 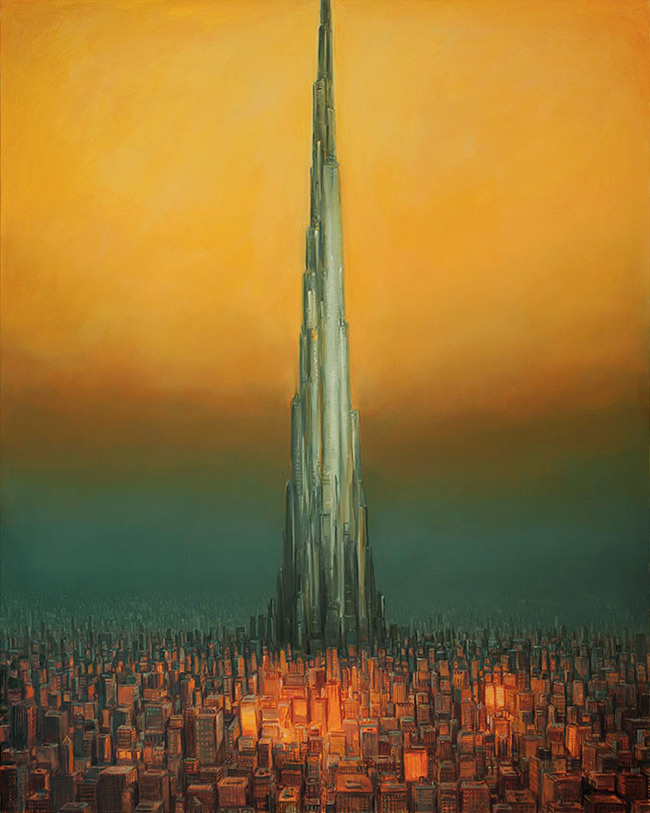 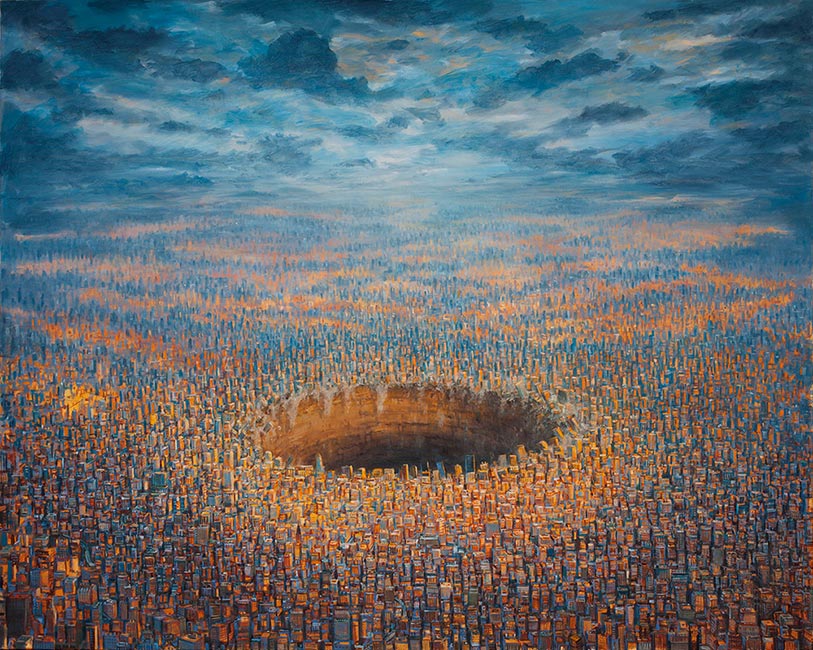 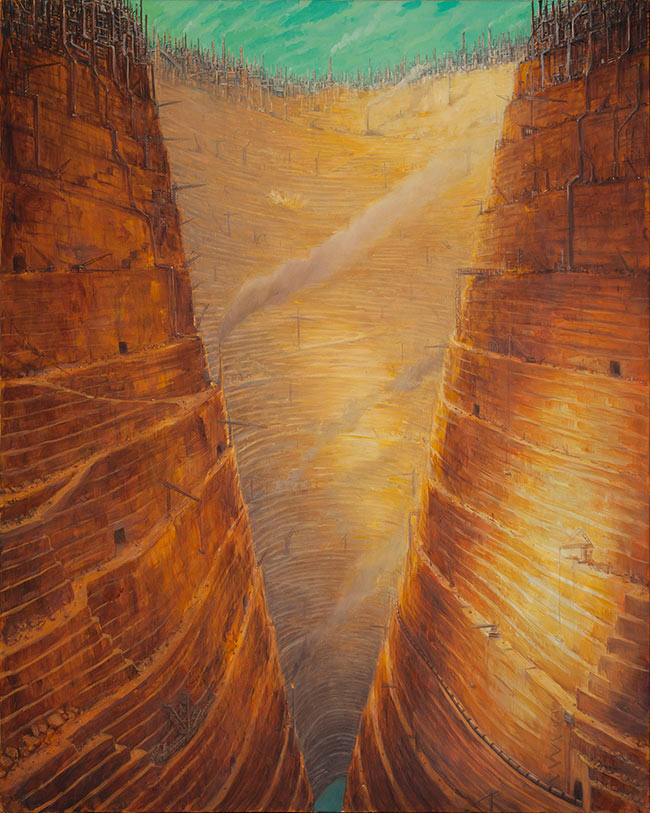