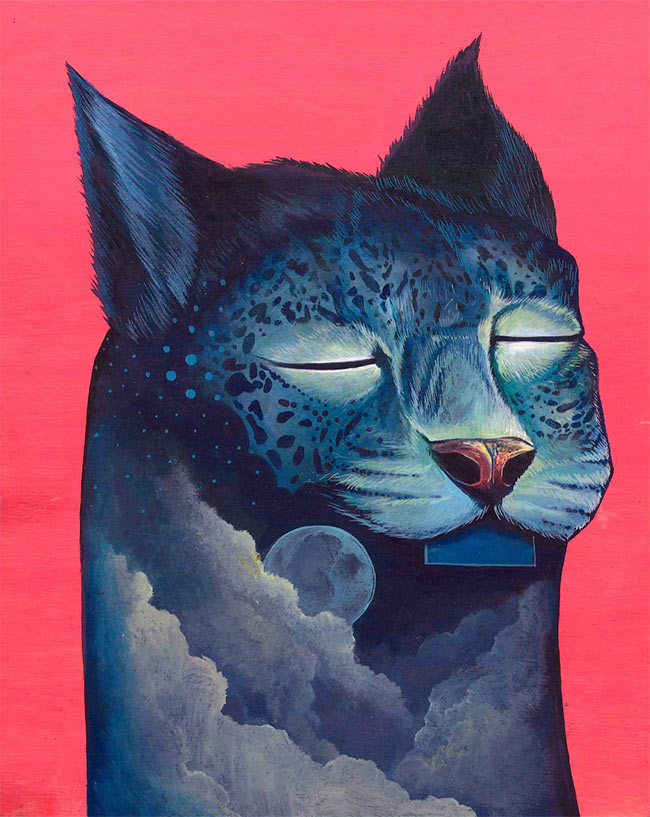 Philadelphia based artist Yis Goodwin, aka NoseGo, delves into the undivided creativity of his subconscious for inspiration. Unrestrained by the limitations of reality, his imagination is given free reign throughout his creative process. NoseGo’s works host a wealth of quasi-mythological characters often in varying degrees animal, humanoid and object. By de-familiarizing the known objects of the world through the absurdist reconstitution of their parts, NoseGo’s works are like Frankenstein aberrations: beautiful, odd and entirely unknown. Childlike and unerringly spontaneous, the artist’s creatures are whimsically grotesque and captivating; culled intuitively from images or themes that resonate and linger in the recesses of the artist’s imagination. With the skill of an accomplished illustrator and graphic artist, NoseGo’s images are concise and graphically powerful, expressing the pure unadulterated enjoyment in the creative play of their making. They are equal parts fantasy and technique, and reveal the impressive breadth of NoseGo’s uncensored vision.

NoseGo’s artistic career started in 2004, during the last year of high school. In the previous years he followed traditional painting lessons that allowed him to immediately combine murals and graffiti.

Lately he has participated to important festivals such as Scope, Art Basel in Miami and POW! WOW! Hawaii.

NoseGo has created walls in Europe but especially in America, coast to coast.

“I’ve always wanted to be an artist of some sort. Creative in any way. My BFA is in film and digital video, but I think ultimately I’ve always wanted to be more of a visual, illustrative type artist, and throughout college even through film classes, I was still doing the type of work that I’m doing now, it’s just grown a little bit from then. I went to CAPA (Philadelphia High School for the Creative and Performing Arts) and CAPA was wonderful. I had a brilliant teacher named Miss Kunin and at the time I wasn’t the biggest fan because she was really hard on us, but I appreciate it because she instilled a lot of the foundation that I use today; like only painting with primary colors and you know, not using black – even though I use black sometimes now. But I still hold on to lot of her principles to this day and I really appreciate her for that.” – NoseGo (Mural Arts Program) 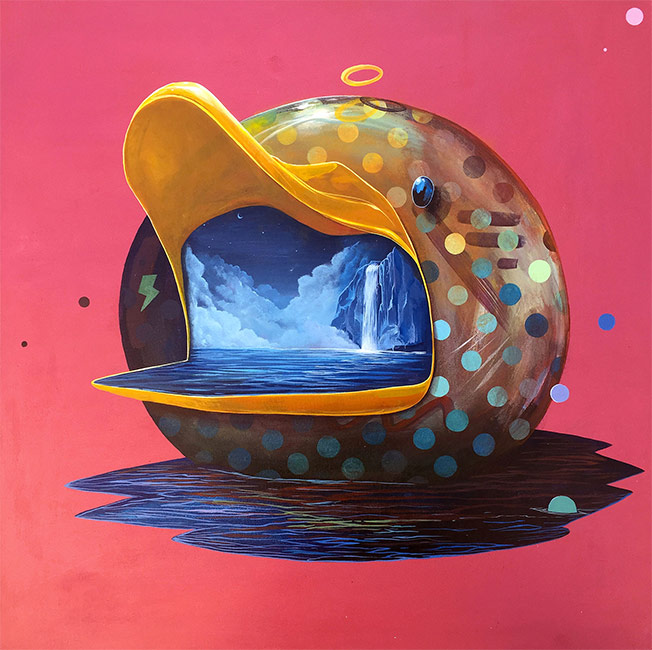 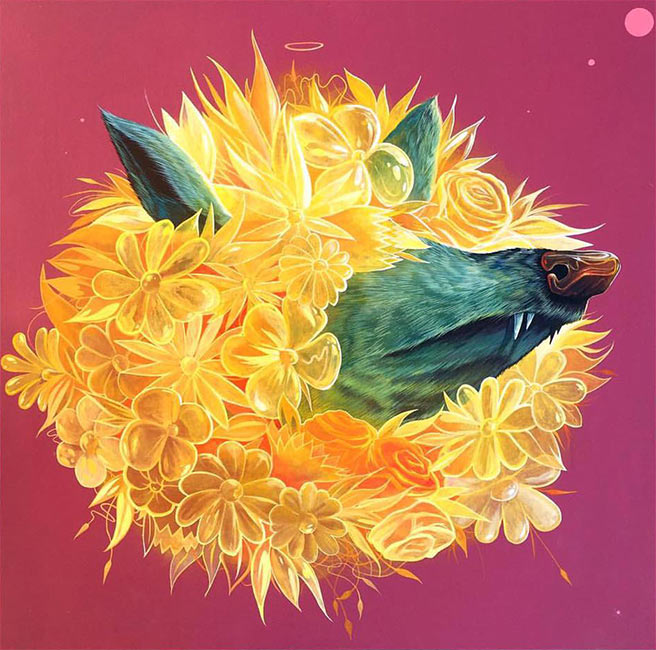 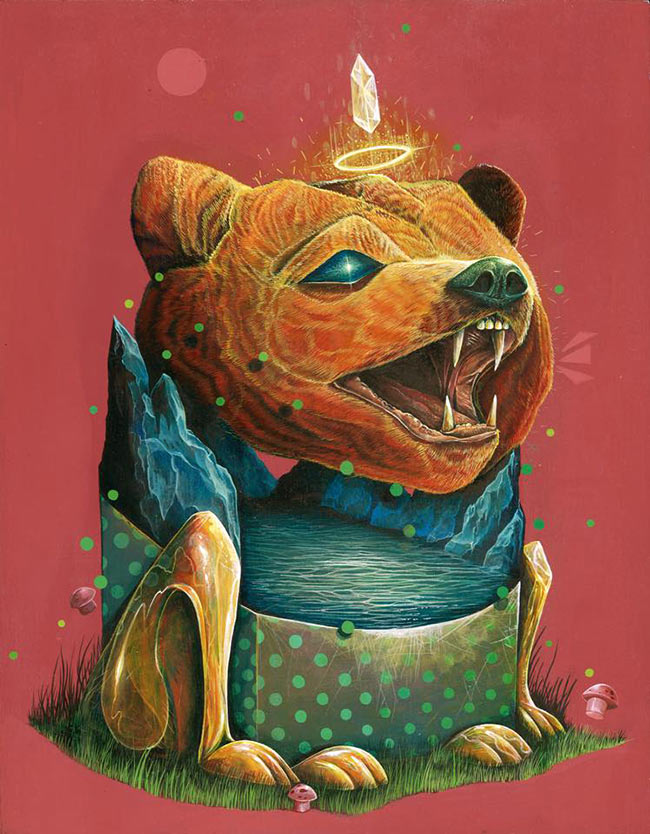 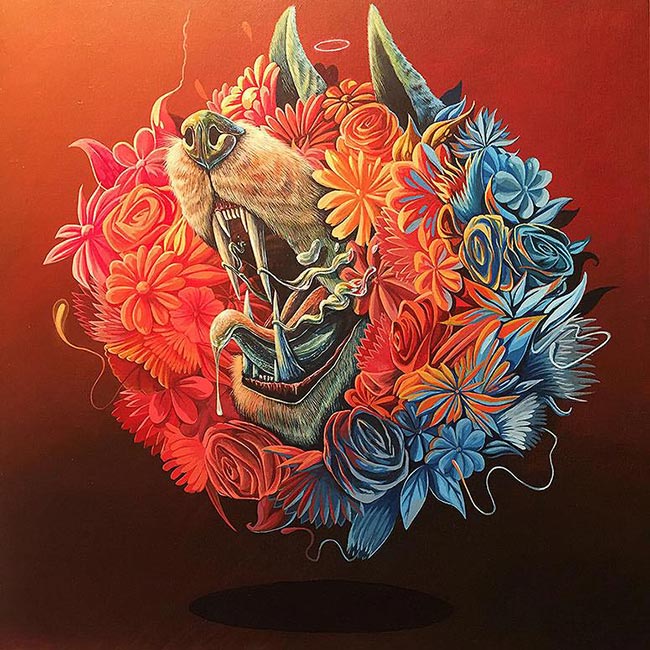 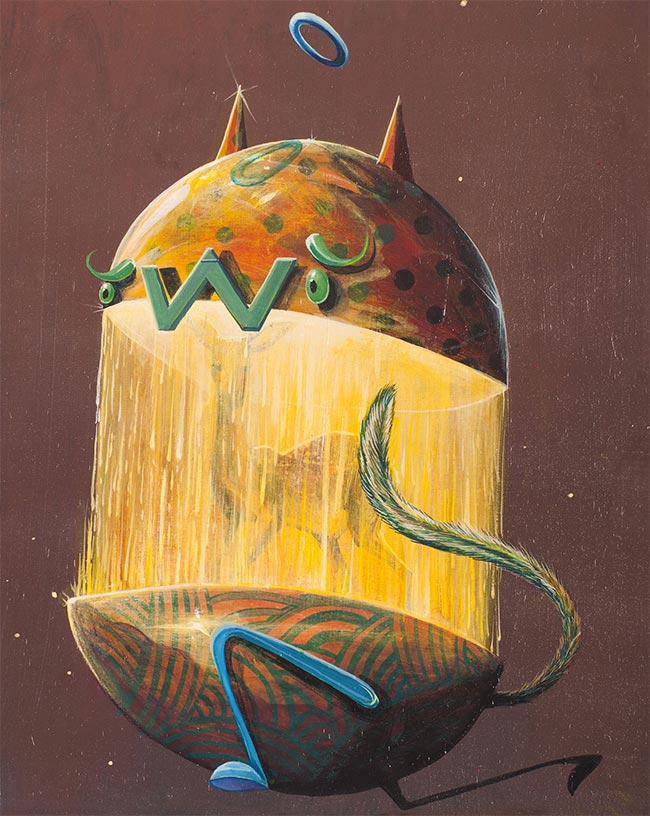 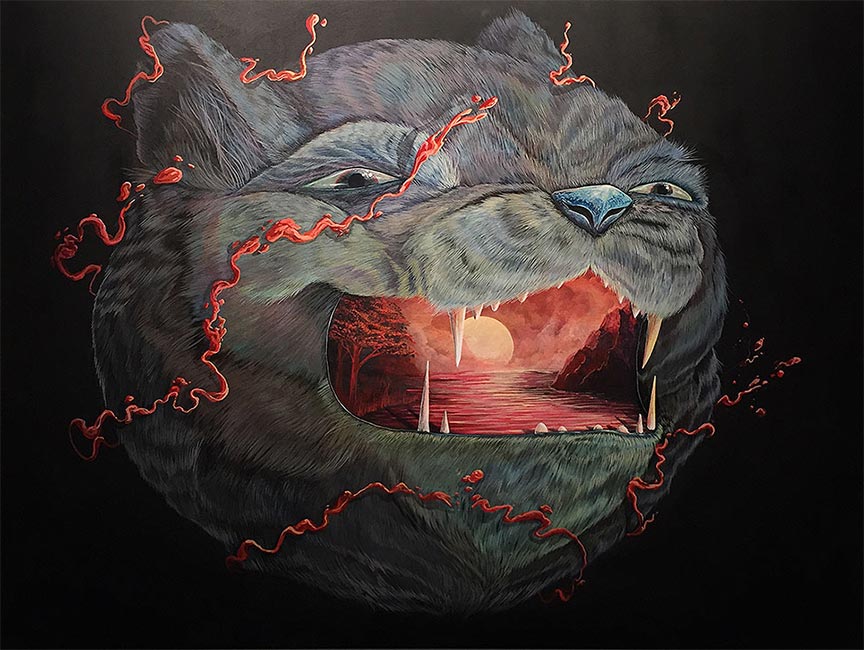 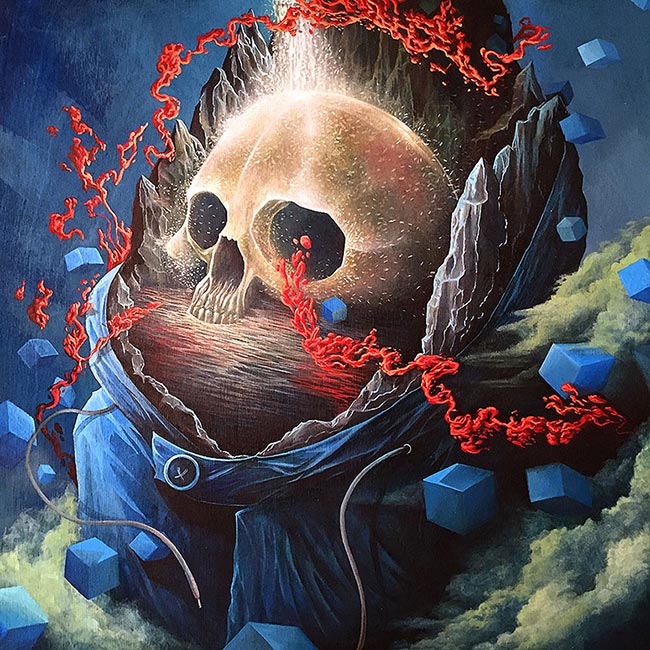 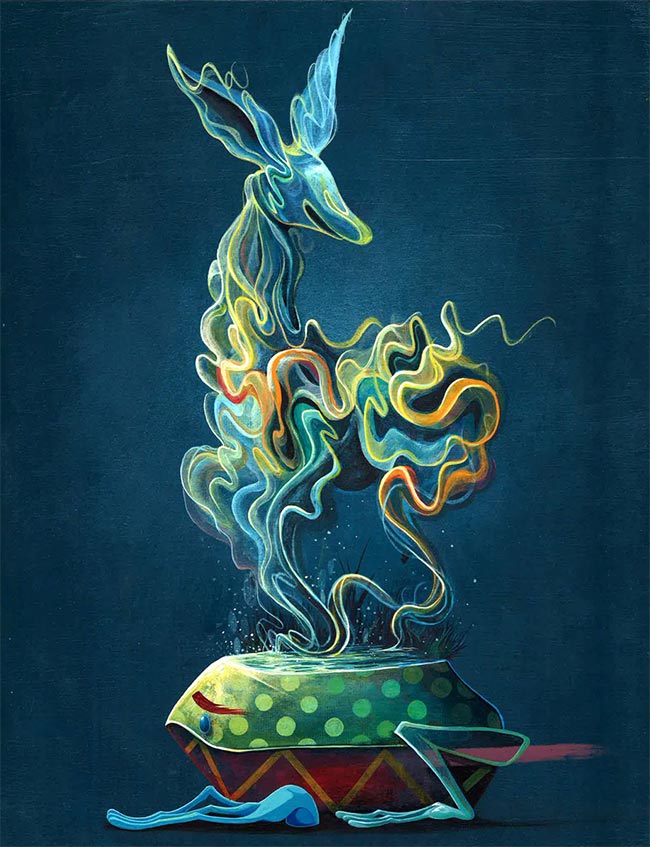 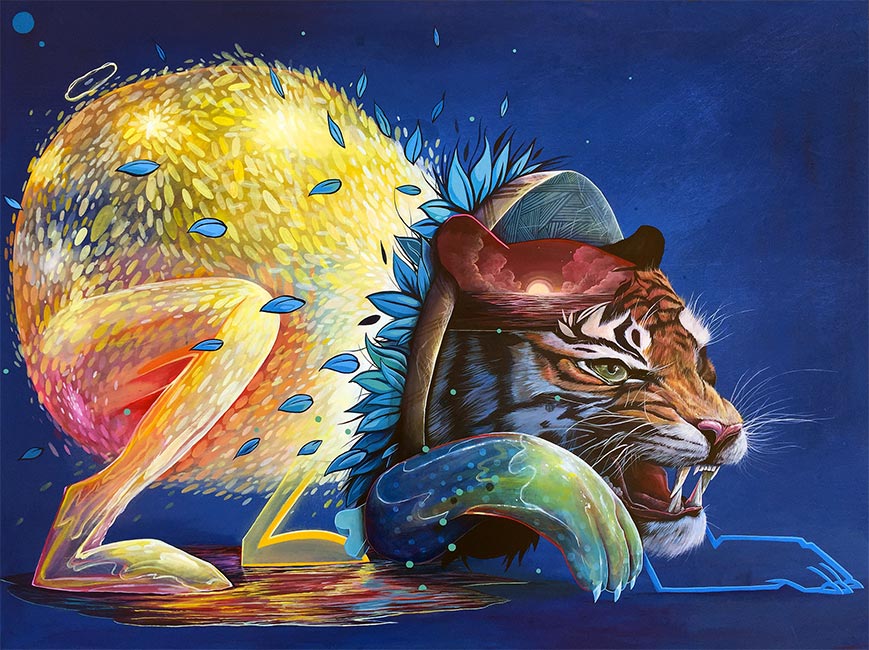 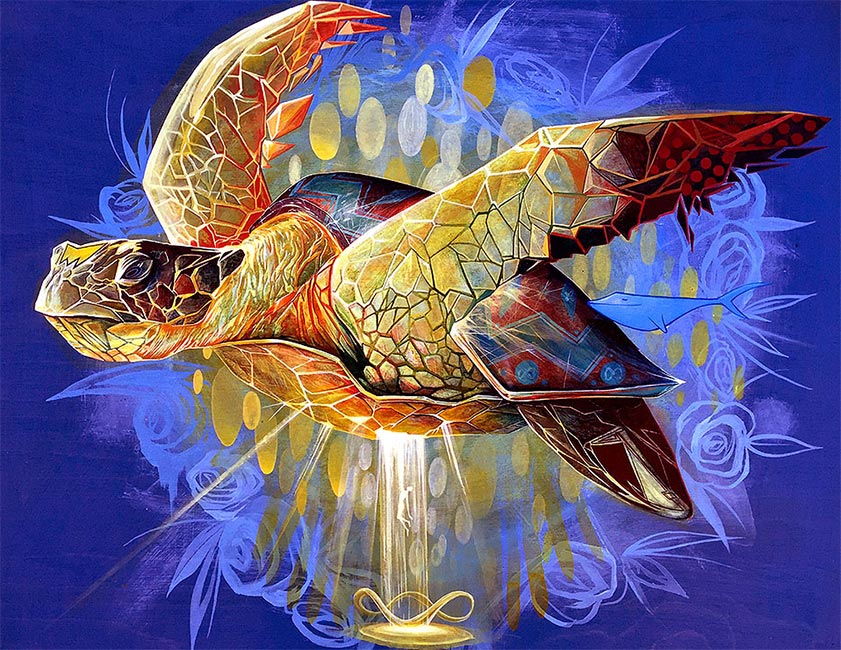 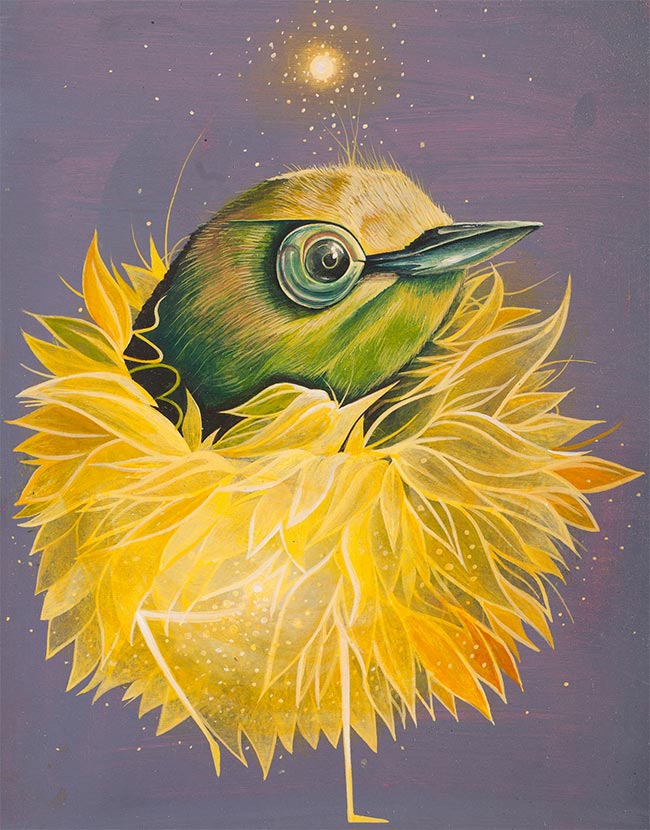