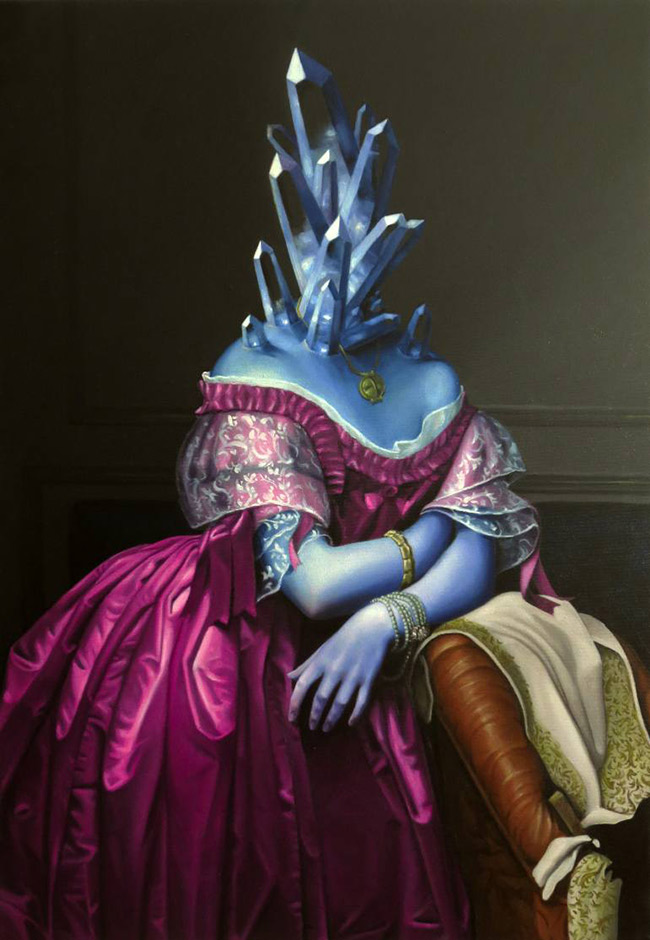 Patrick Henne adopts the motifs of old masters such as Guido Reni, Caravaggio and Jacques-Louis David. Through the expressive and surreal colouring, along with the alteration of some details and titles, which have nothing to do with the original context, like ‘Joker, old, unemployed, desperate and fucked up by Batman’, Henne transforms the paintings into grotesque, partly blasphemous and whimsical picture worlds. There, Jesus assures the doubting Thomas that he has really become a zombie (“Yes, I became a zombie, really!”) Or Mother Mary becomes a bloody spurned wife (‘Mother Mary, punched in her face by her husband after he Found out that she was pregnant’). The paintings are the result of a lengthy process: the work of the artist and his study of art history and the examination of the respective documents form the foundation of his work. By sketching and editing the selected templates in Photoshop, he slowly approaches the desired results; color, contrast, details and background are greatly altered, varied or removed.

The autodidact Patrick Henne, was born in 1985 and grew up in the south of Germany, painting excesively as a child. In his early youth he began to take inspiration from the various trends within the history of art (Impressionism, Surrealism, Dadaism, etc.) and has continually expanded his artistic abilities. He has been living and working in Berlin since 2012.

“I painted a still life with skulls and called ‘Selfie Massacre’, regarding the many self-esteems that are currently on the internet. Recently a picture was created for a group exhibition in Hamburg dedicated to the internet phenomenon ‘Cats’, for this I painted Hello Kitty’s on the clothes of a lady from the Renaissance, as a small commentary on the subject. But basically, the present time is irrelevant to me. Much more important to my painting is my inner attitude towards certain things such as death or transience. Often the pictures are also biographically colored.” – Patrick Henne (Art Vergnuegen) 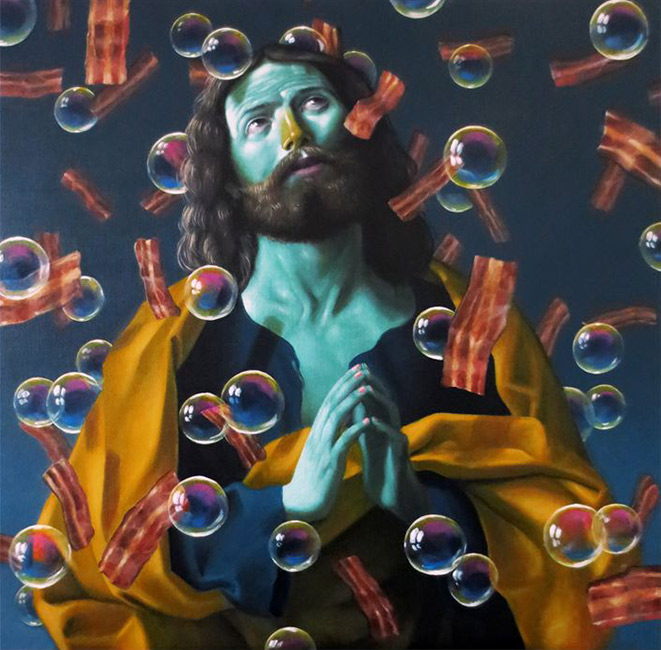 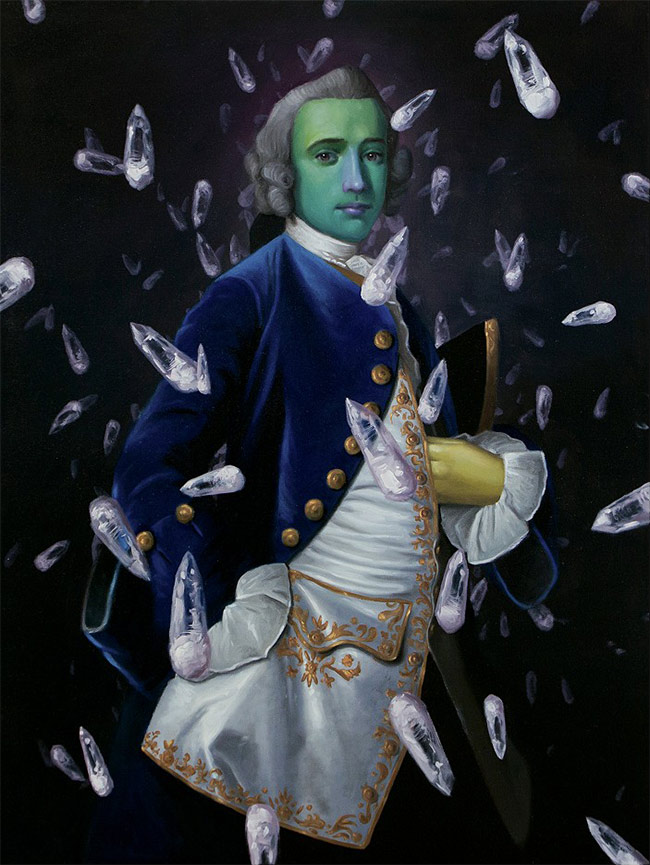 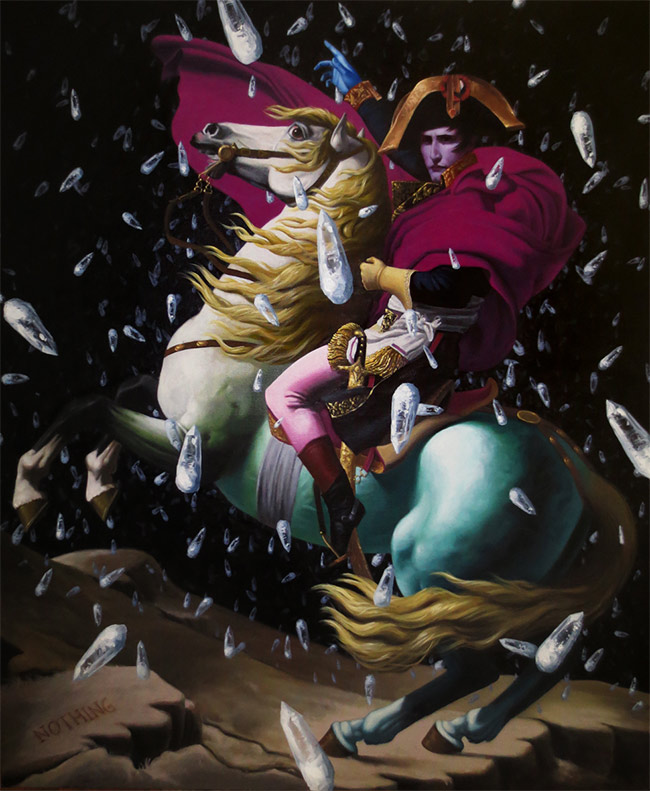 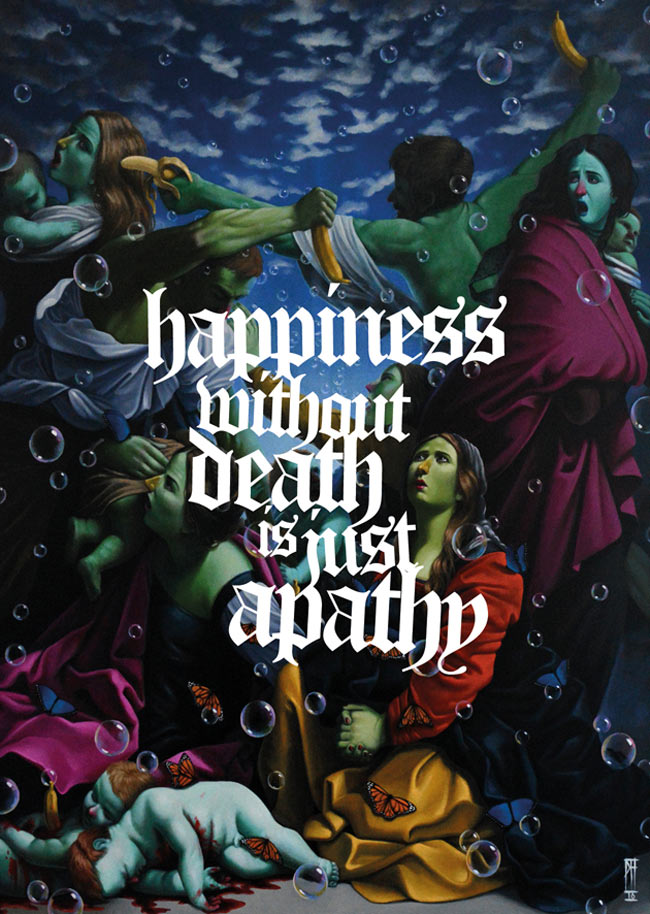 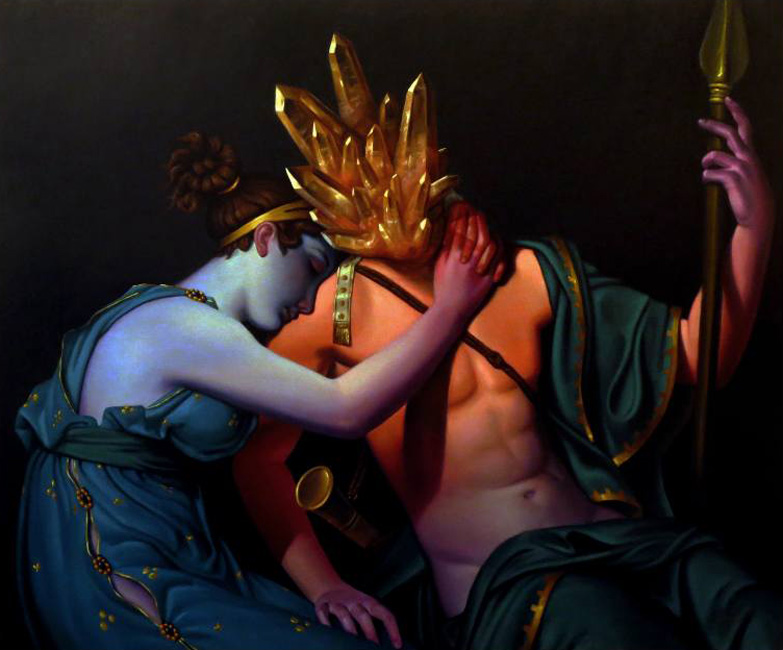 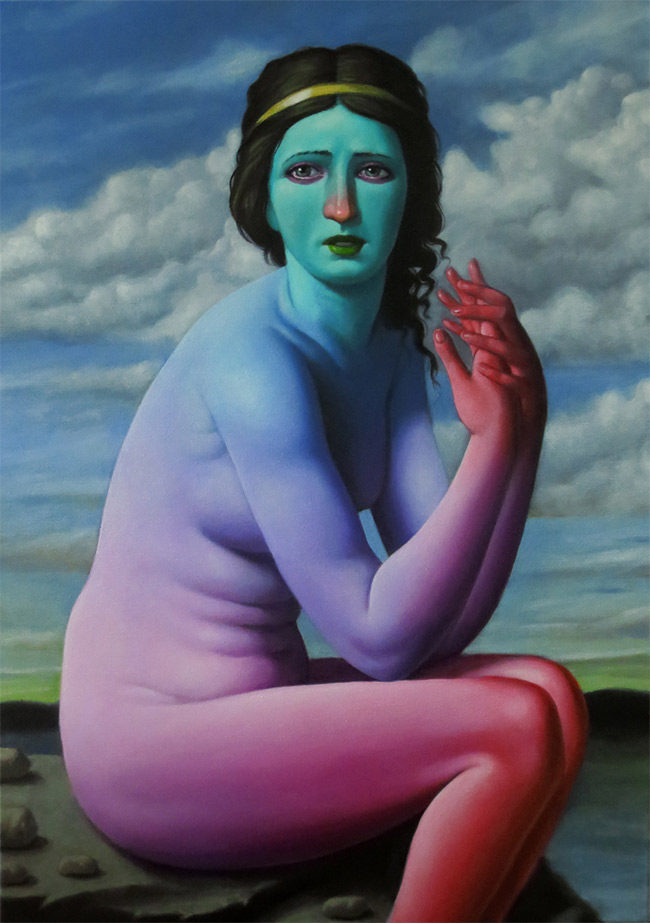 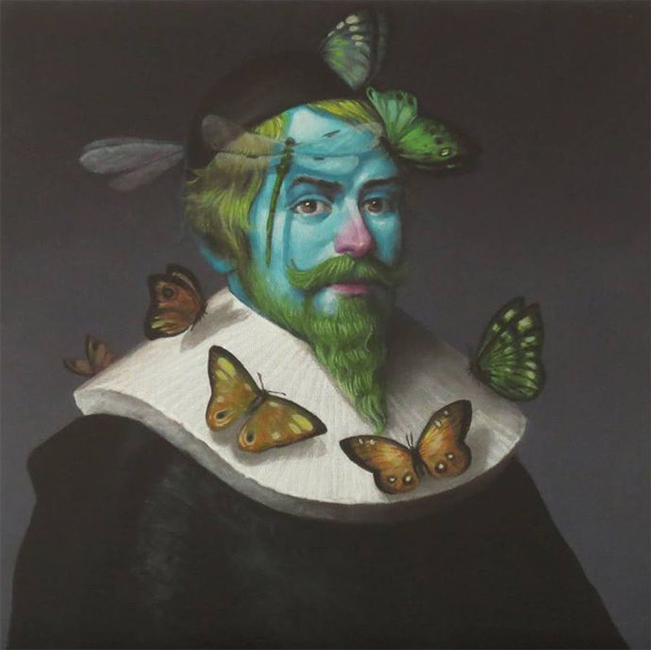 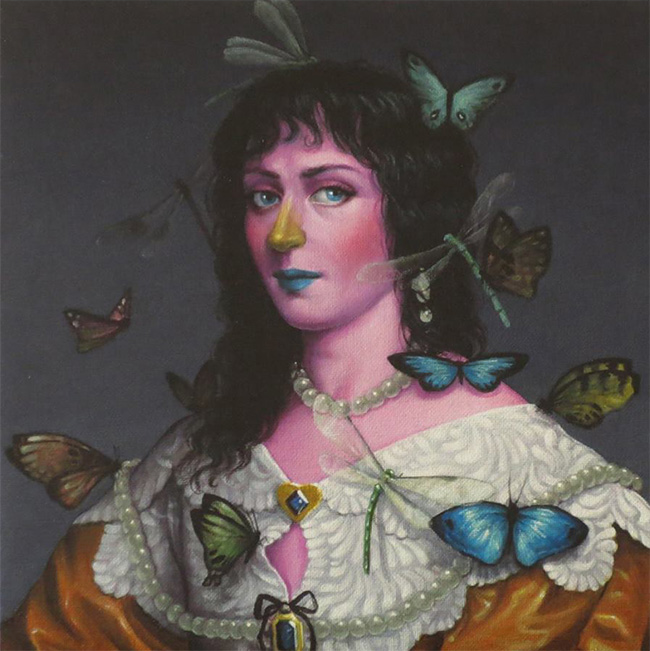 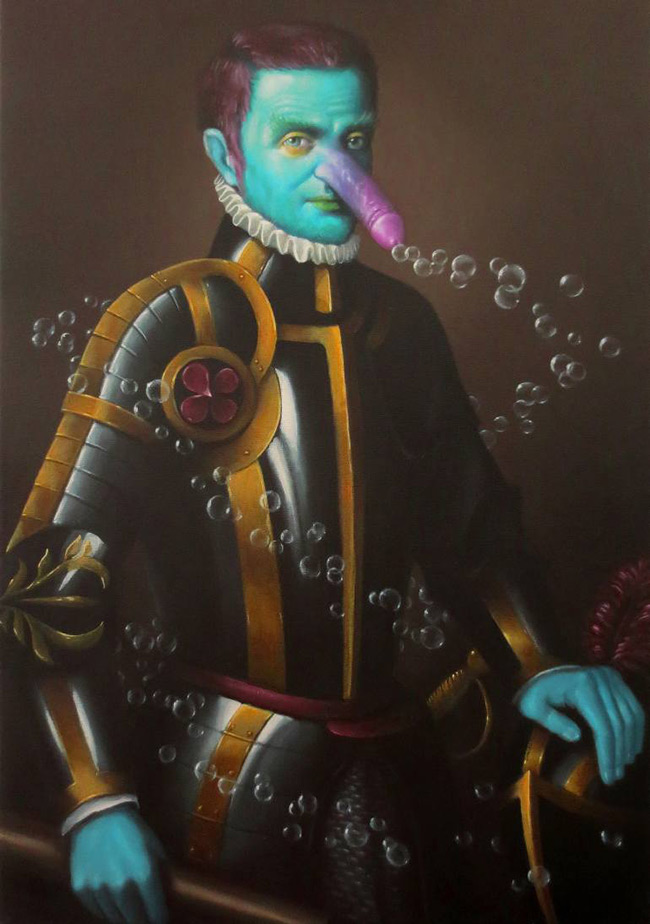 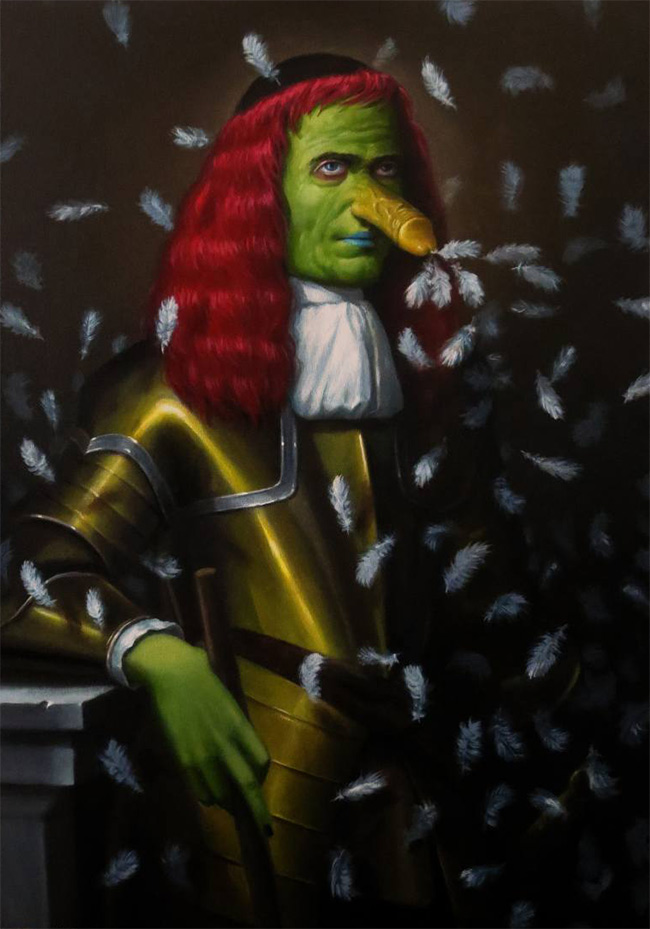 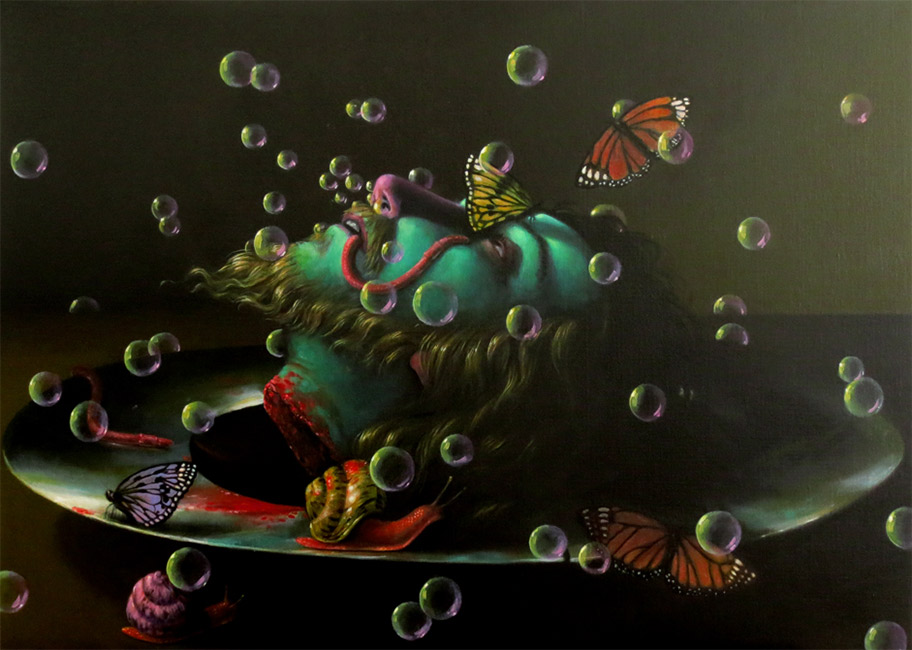 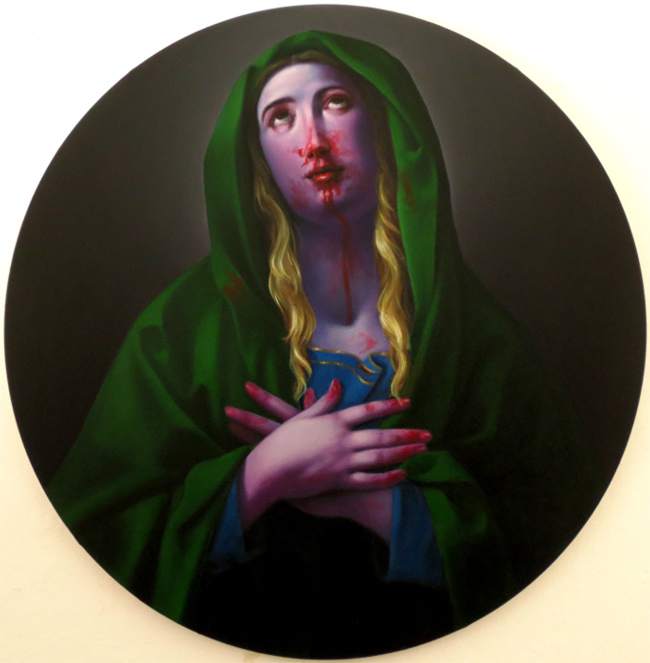