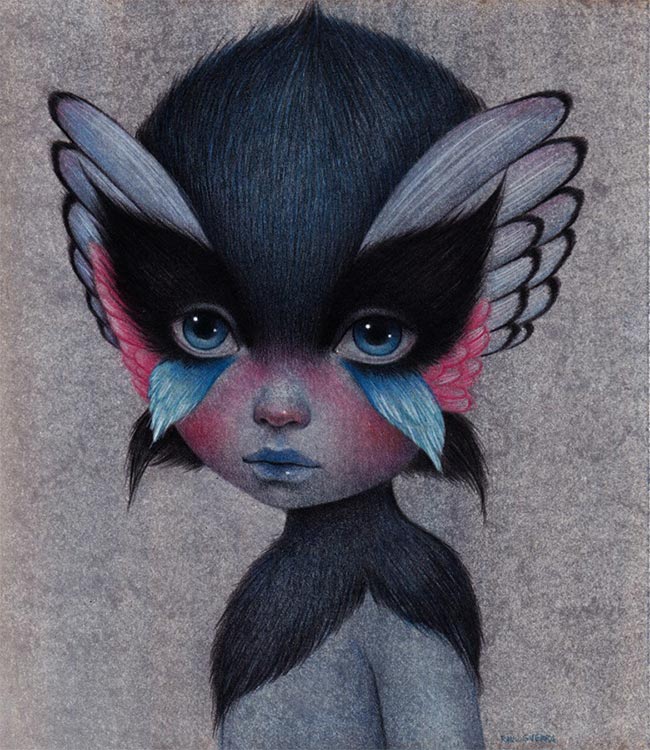 Graphic narrator of journeys across the enchanted world of legends and mythology, Raúl Guerra is an artist in possession of an insatiable curiosity, which gives rise to his prolific body of alluring work.

Known simply as Raúl Guerra in the art world, Raúl Jiménez Guerra is a Spanish painter and illustrator from Andalusia (Ronda, Malaga). He graduated from the University of Granada with a degree in fine arts, majoring in painting and graphic arts. He subsequently undertook a kind of personal pilgrimage that would see him watching, learning, listening, absorbing & living in Belfast, Paris & London, on a perpetual quest for ‘beauty extreme’. The siphoning of all his accumulated sensory influences (with Celtic folklore and English carrot cake not being the least of them) would become the subtle recurring forms that now define his illustrations and paintings.

Speaking more specifically on a visual art level, the influence of heroic fantasy themes exercises itself most evidently in his more recent works, made undoubtedly manifest by his passion for illustration. The female subjects can at times resemble water-nymphs or other evanescent fairy creatures. This particular pictorial style is underpinned by the multiple mythologies of times past and times yet to pass. Contrary to many for whose work is steeped in sensuality, Guerra’s feminine evocations hold distinct notes of demureness & delicacy.

His appreciation for feminine beauty extends wide and eclectic, and can be seen in highly urban contexts, such as the aforementioned album cover for Rachel Claudio’s ‘Claudiography’ or his ‘An African Woman’ series, one of which was recently featured on a 12-metre-high wall in Shanghai on the South African pavillion of the 2010 International Expo.

“I try to represent all that is pure and innocent. I use the combo of beauty & truth as a kind of banner when I speak about my role in the art bussiness and my ideals about it. I find innocence and fragility fascinating matters to explore. Ultimately, art for me is a healing medium, so everything I create follows this direction. I help myself (and hopefully others too) to maintain a vivid aspect of the magic world around us, the cultivation of imagination and romanticism, might it be through the representation of little innocent girls or fantastic creatures.” – Raúl Guerra (ohsosurreal.com) 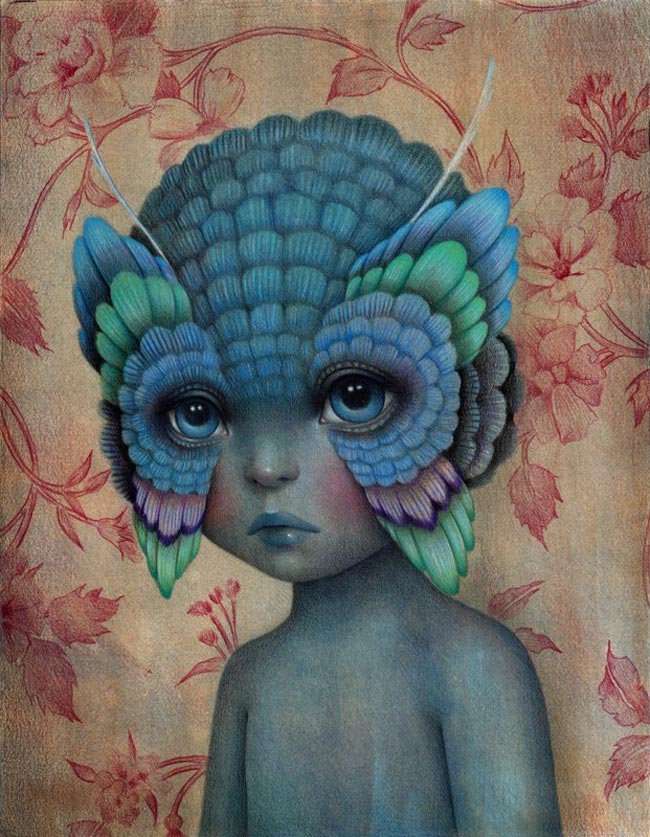 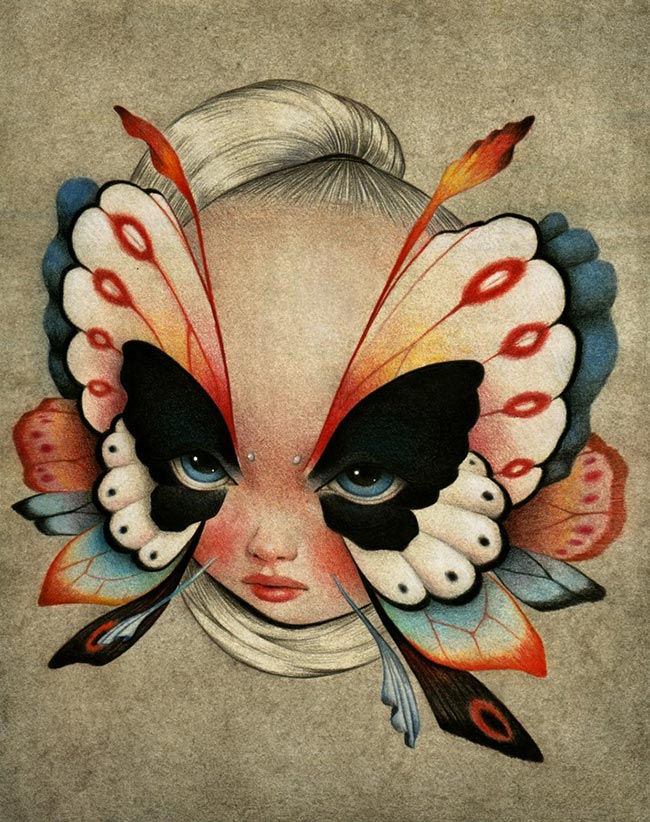 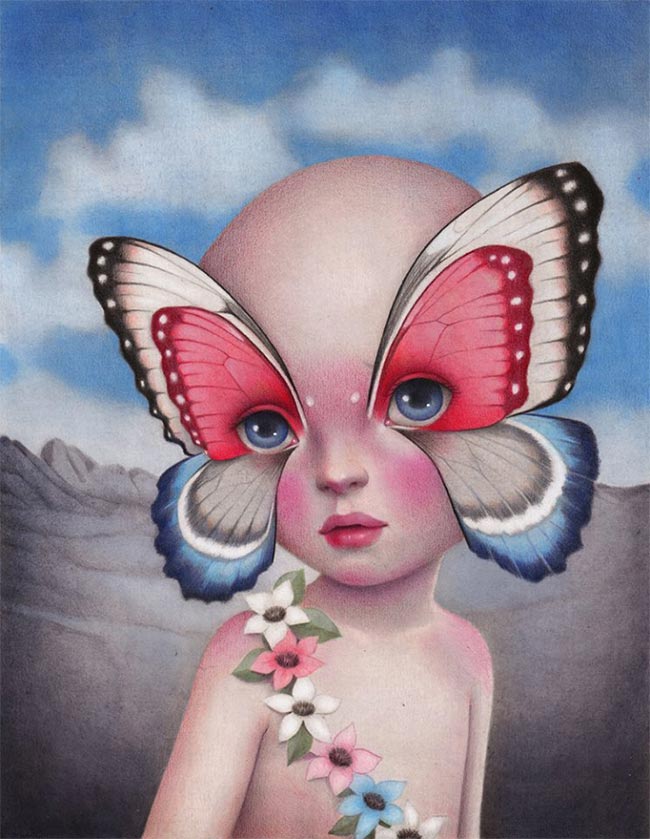 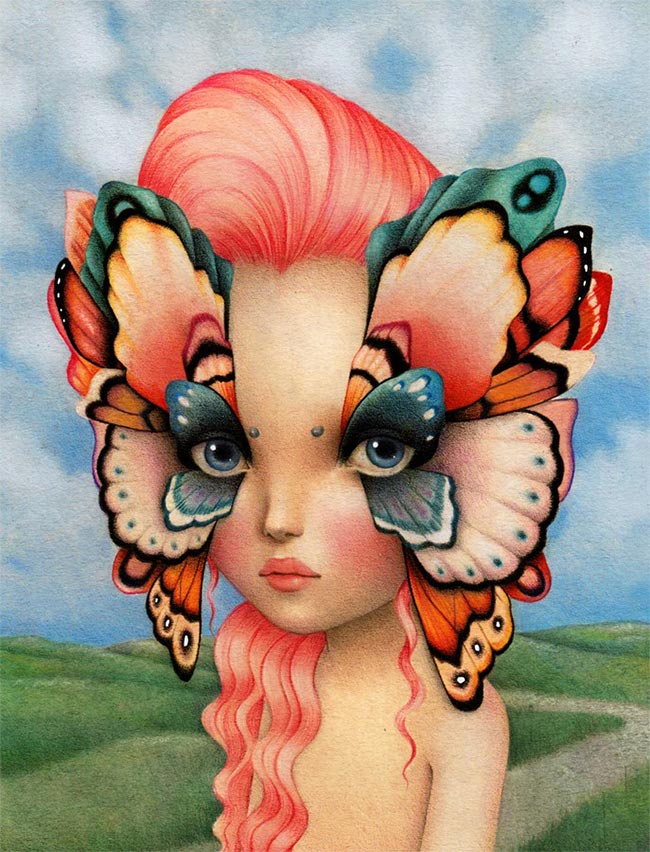 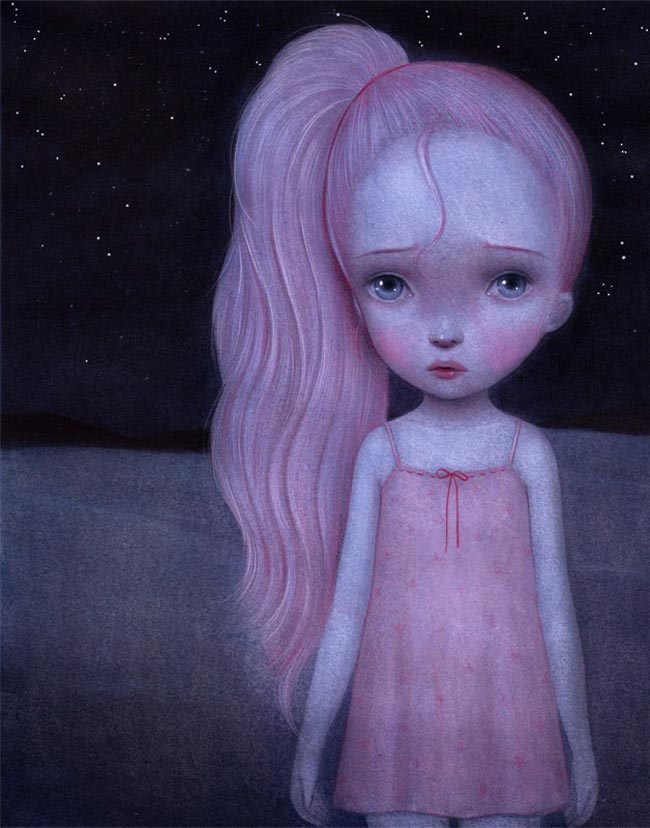 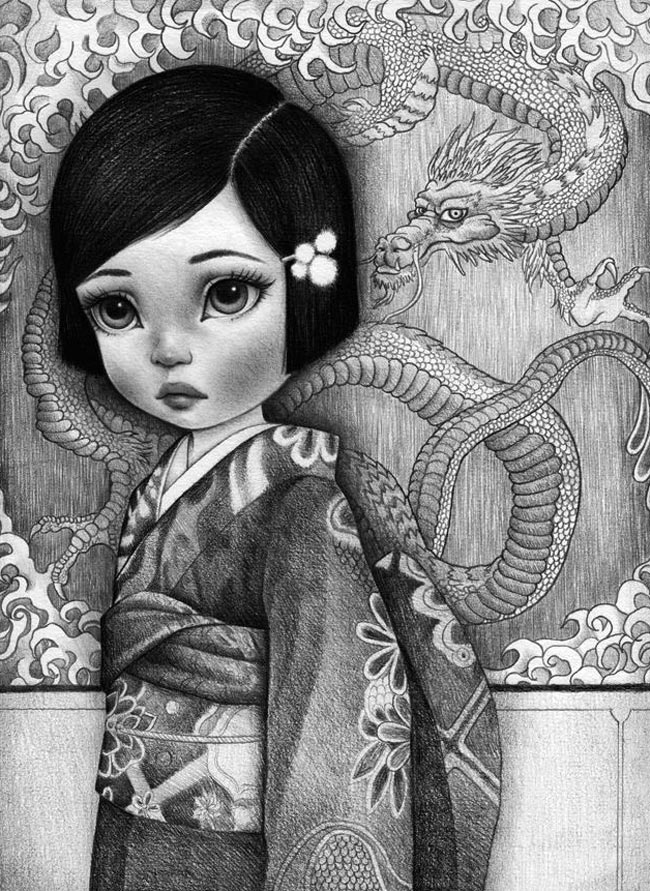 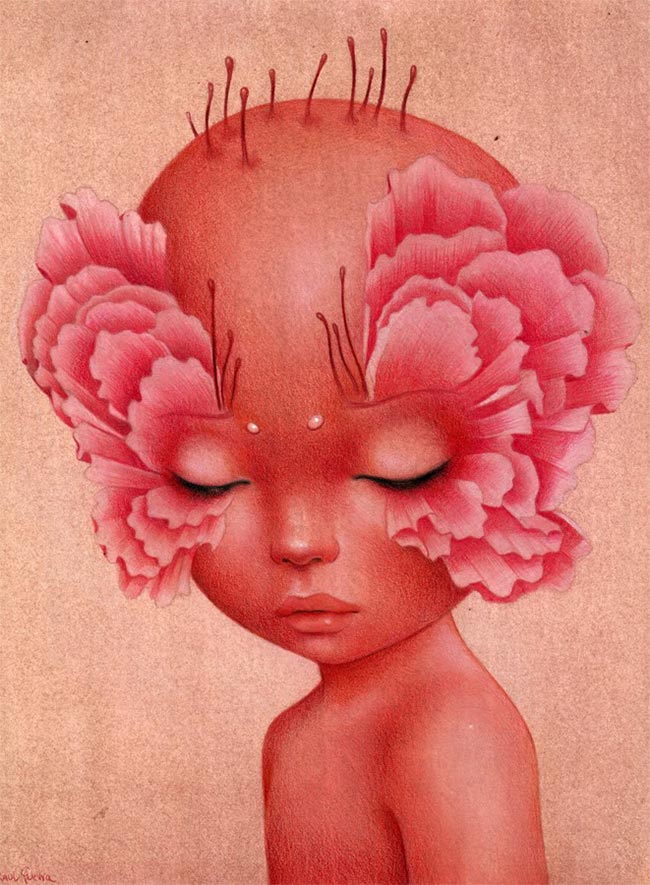 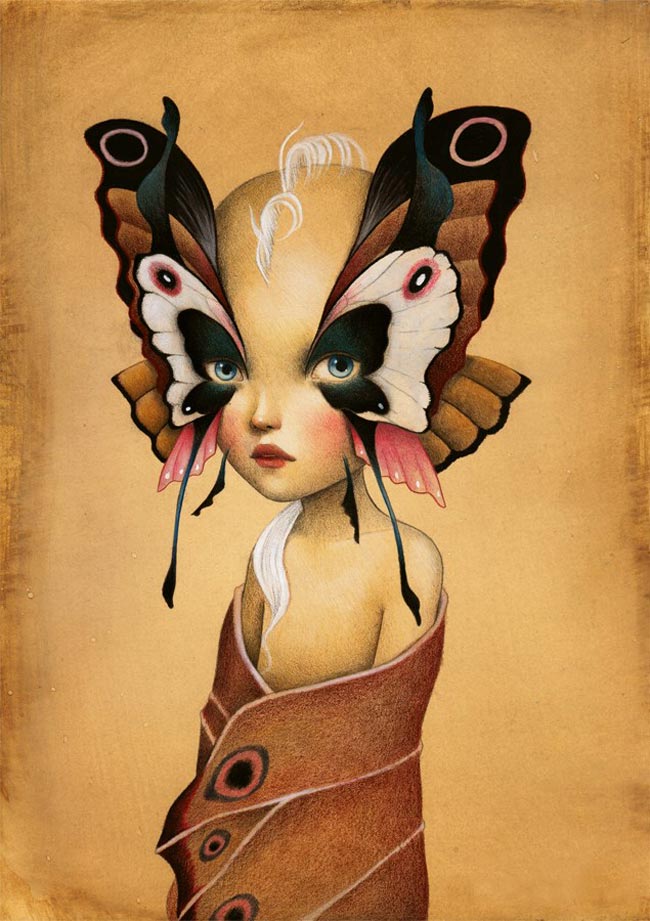 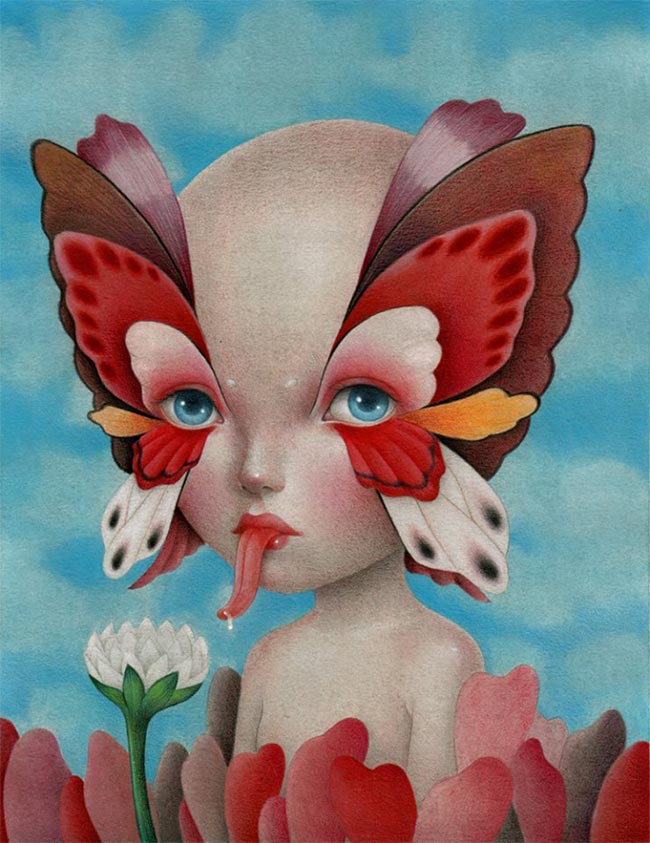 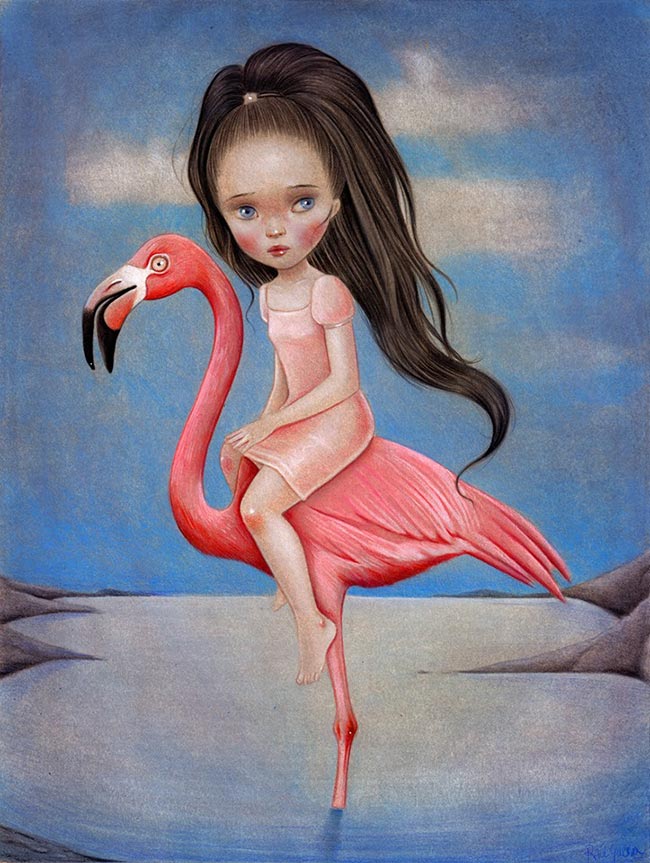 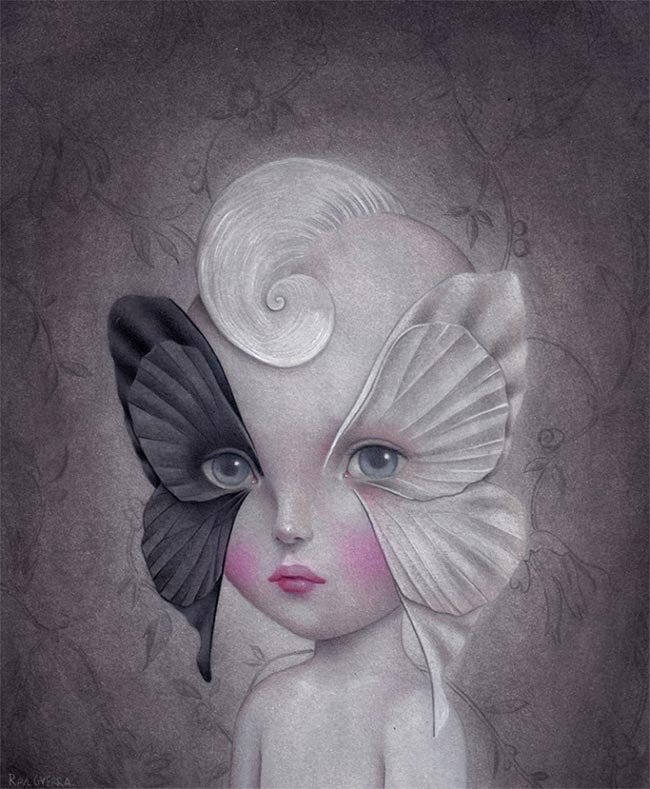 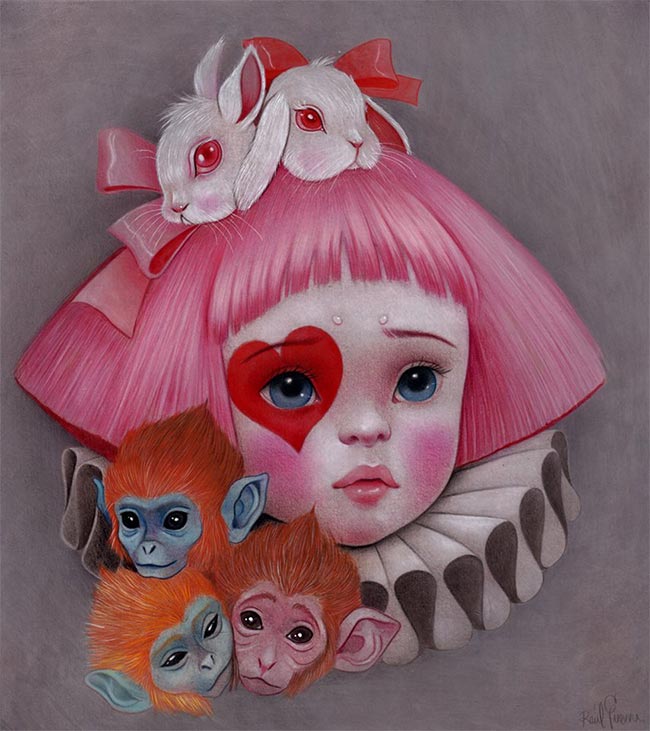 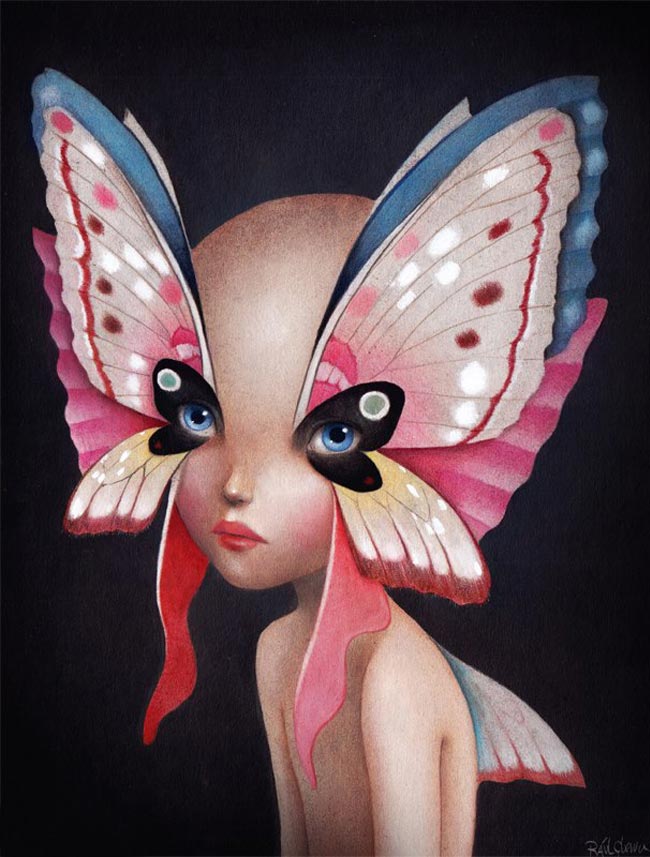