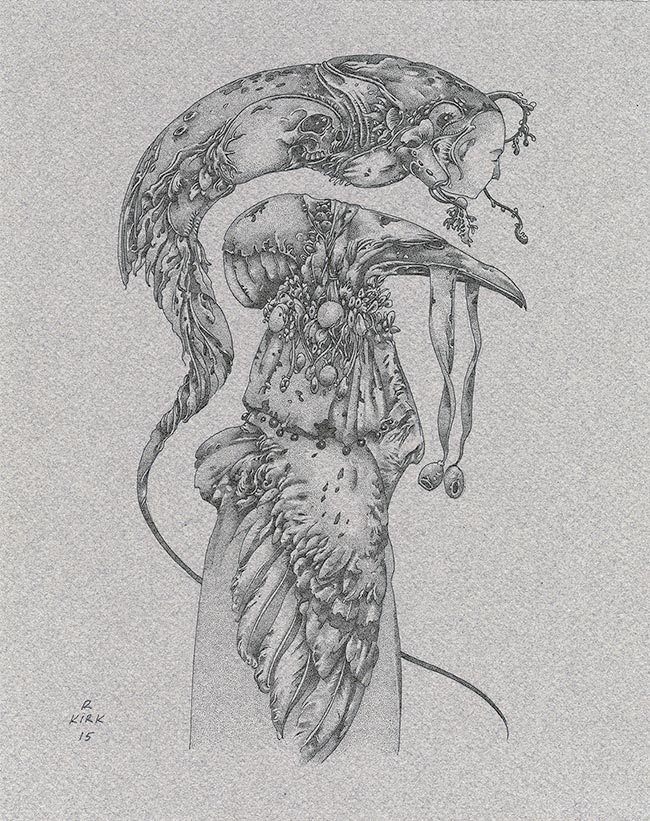 Richard A. Kirk is a visual artist, illustrator, and author. He exhibits internationally. Richard has illustrated works by Clive Barker, Caitlin R. Kiernan, Christopher Golden, China Miéville, the rock band Korn and others.

Richard’s work is drawn from an interest in the forms and processes of the natural world. He explores these themes through the creation of meticulous drawings, which often depict chimerical creatures and protean landscapes. Metamorphosis is an underlying narrative in all of Richard’s work.

“Growing up I always spent a lot of time in libraries and my early introduction to art came through books. That is where I discovered Beardsley, Mervyn Peake, Odilon Redon and many of the other illustrators from the late 19th and early to mid 20th century. I’ve always been drawn to the fantastic in art and literature. Those early illustrators really enthralled me with their imaginations and their beautiful lines. Because of the deceptive simplicity, it looked like something I could do. Of course I came to realize that what they had done was anything but simple but by then I was hooked. I started by looking closely at their work and trying to emulate their effects. I am still constantly surprised by what can be achieved with a point on a piece of paper. It can open up worlds. Like a lot of artists of my generation, in high school I discovered many artists through Heavy Metal magazine and even Omni. Chief among these was Jean Giraud (Moebius). When I saw his work it was like my brain exploded. Here was a guy that could work with the simplest lines or the most complex compositions while bringing in humor, intelligence and vision. To this day he remains on of my favorite artists. I was very sad when he died, and sorry that I never got to meet him in person.” – Richard A. Kirk (Dark Scribe) 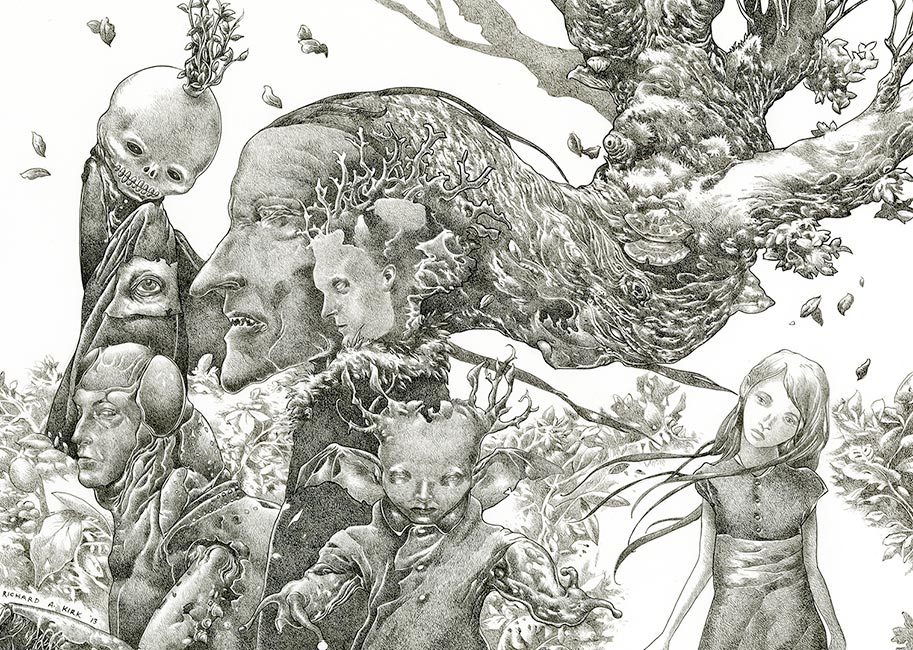 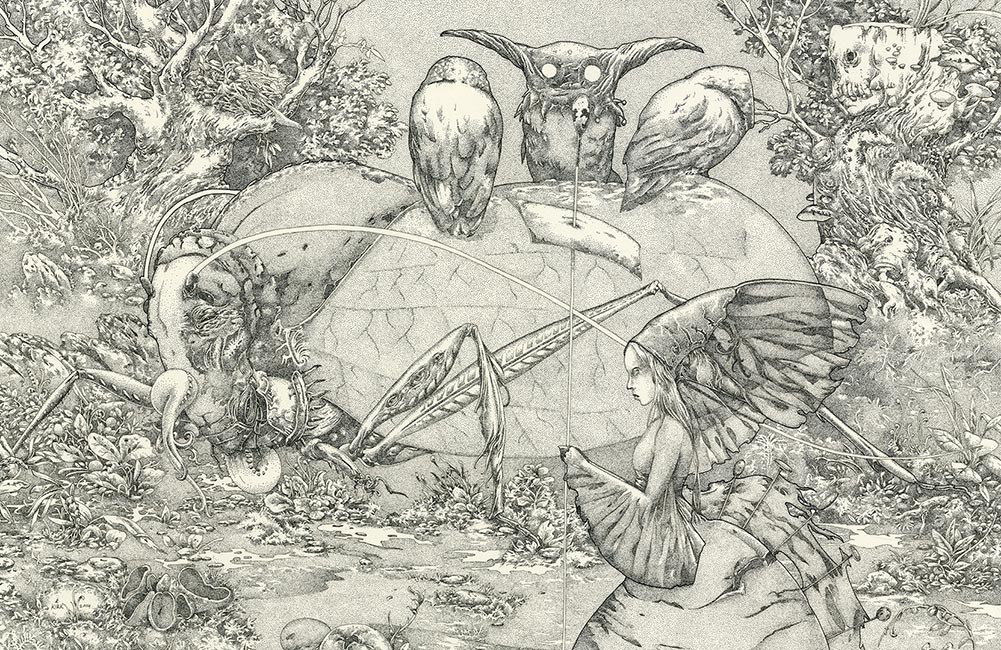 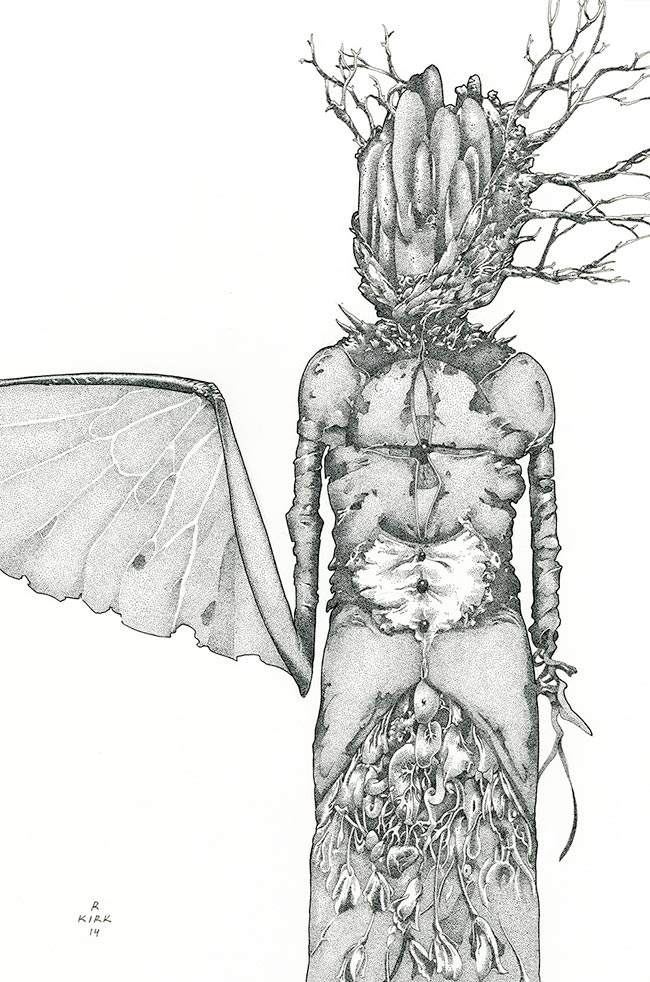 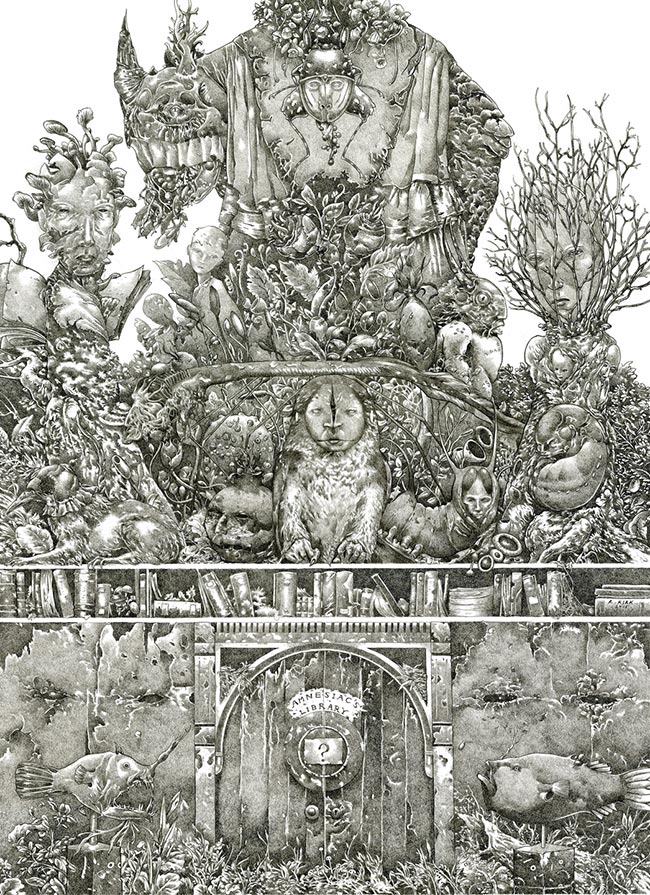 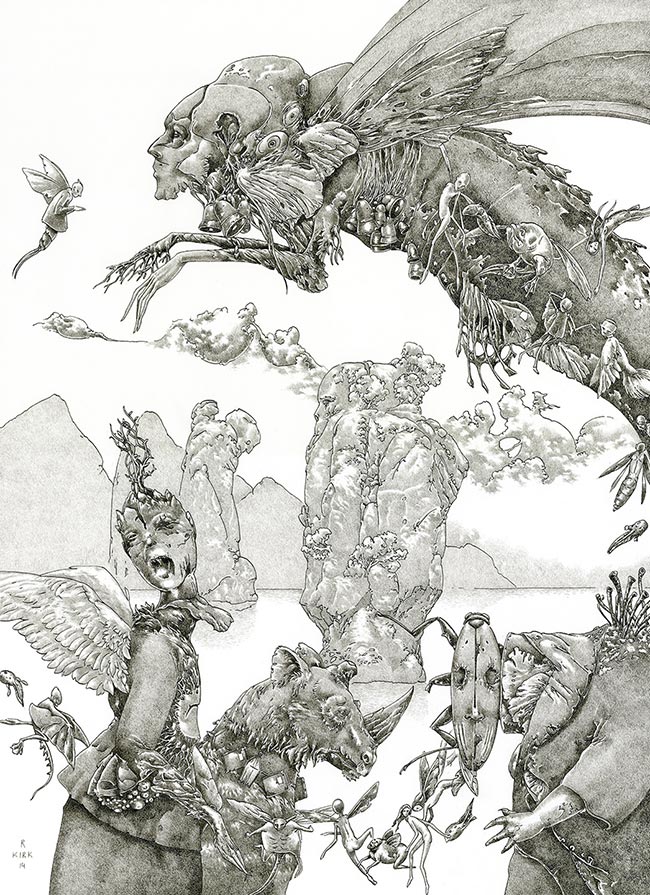 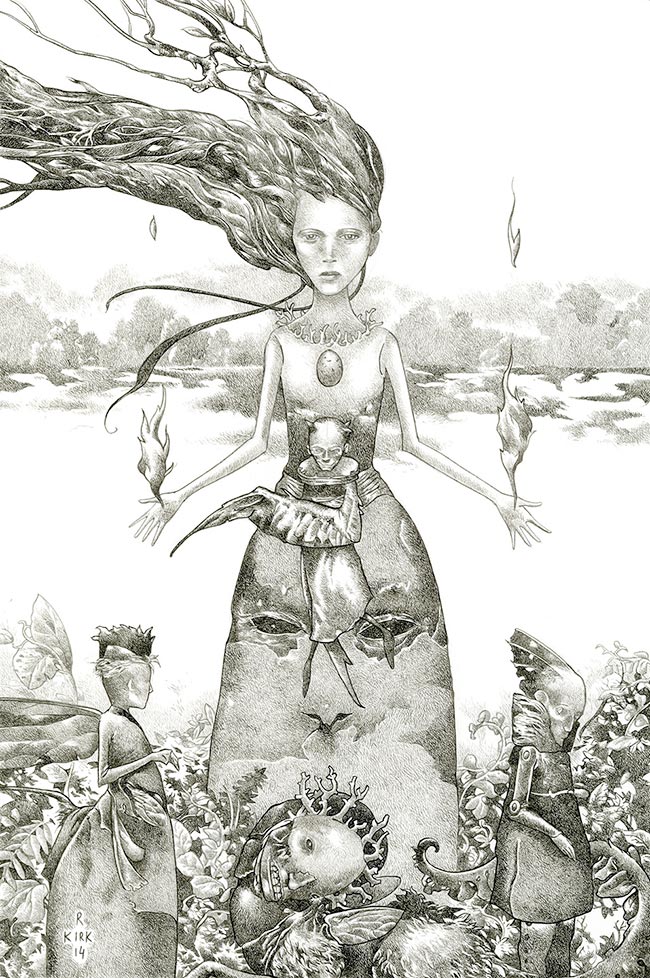 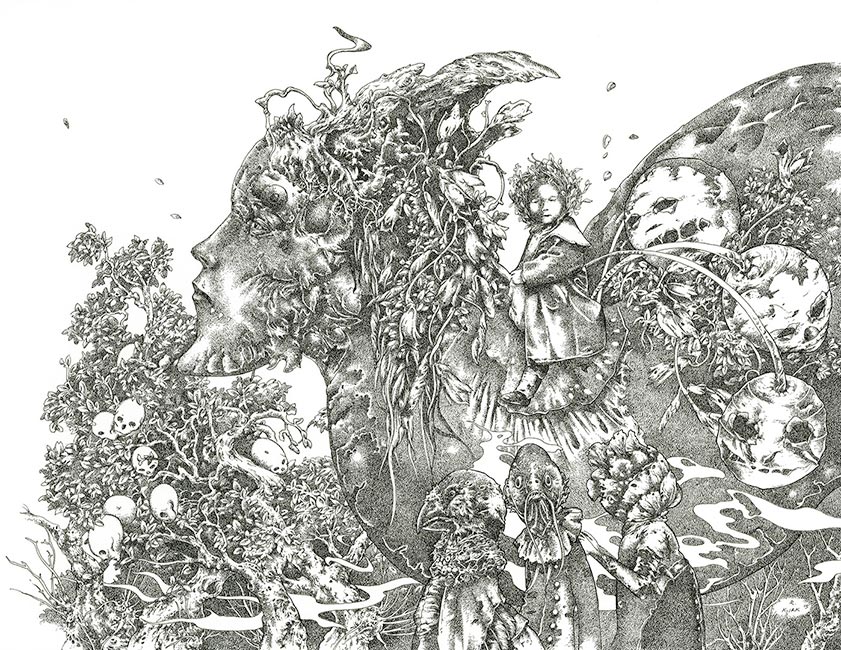 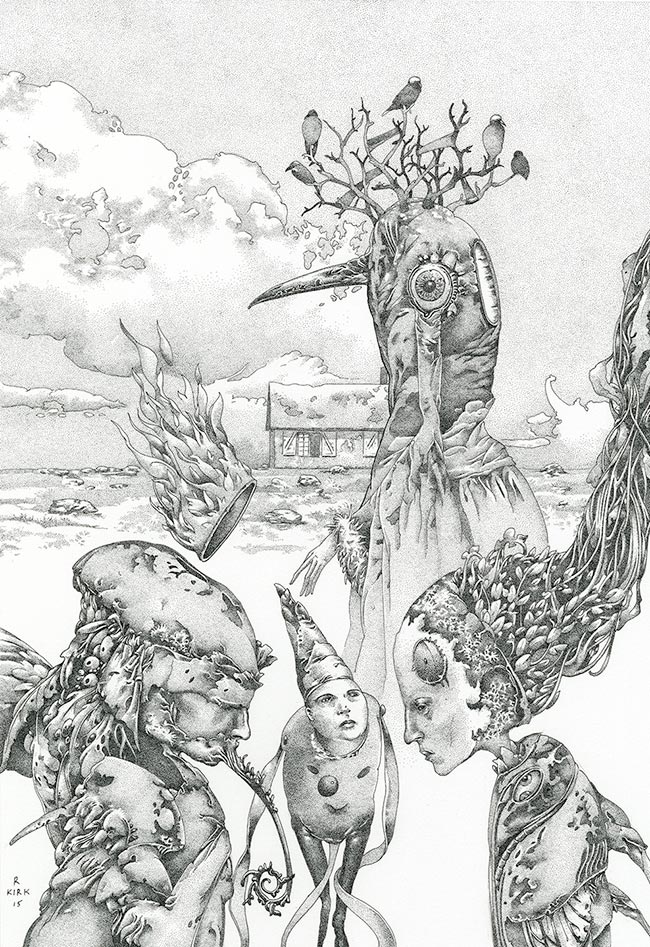 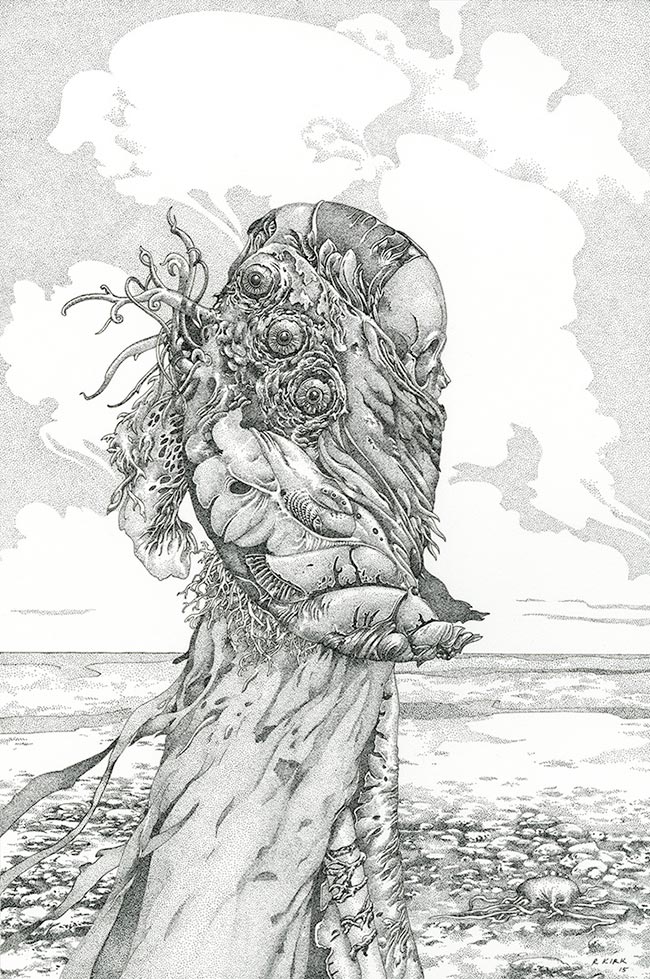 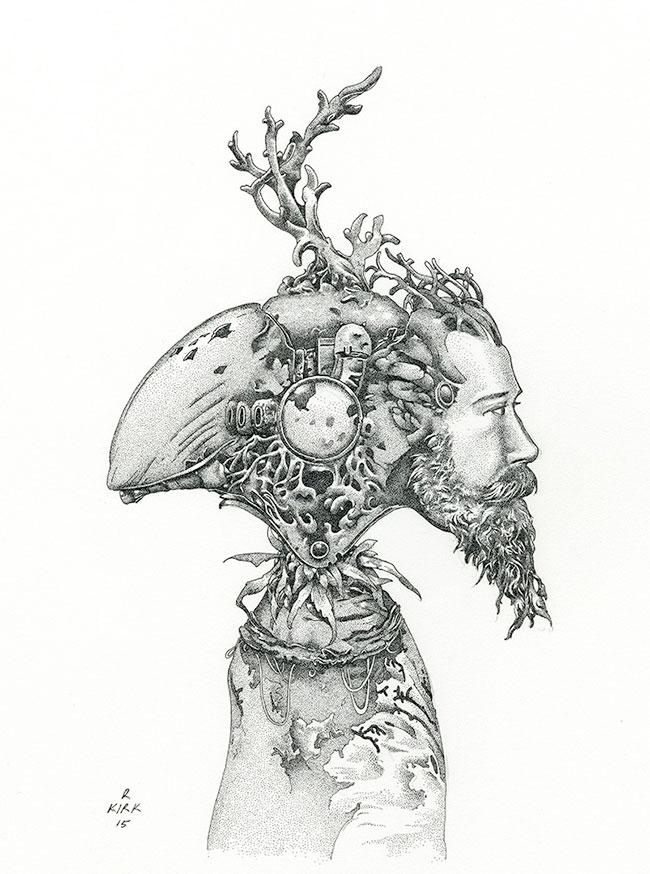 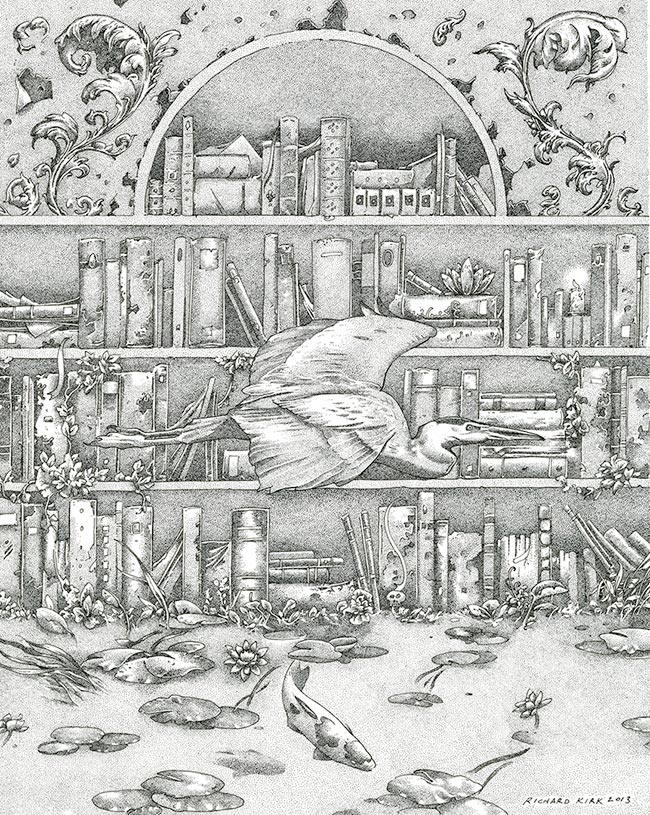 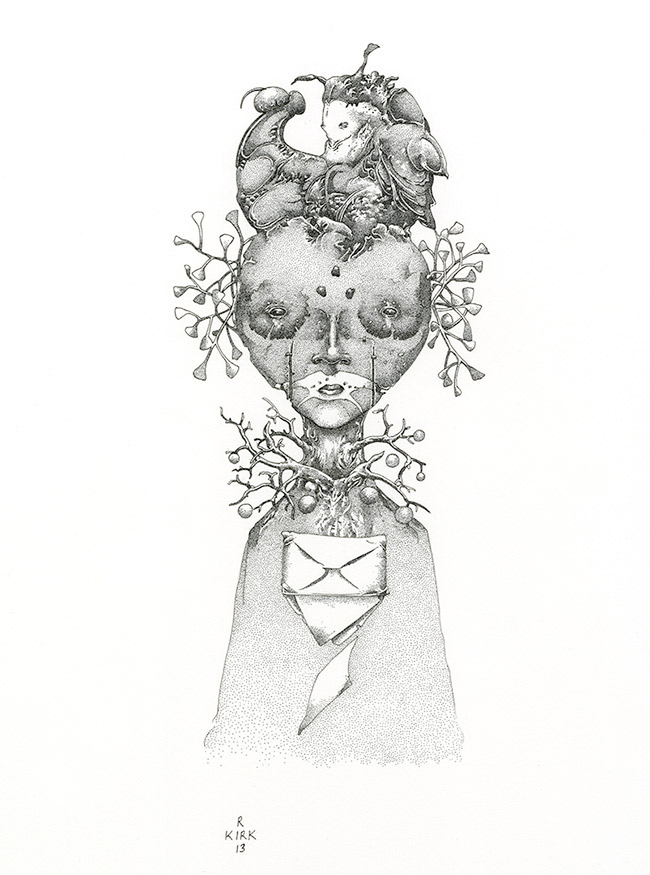