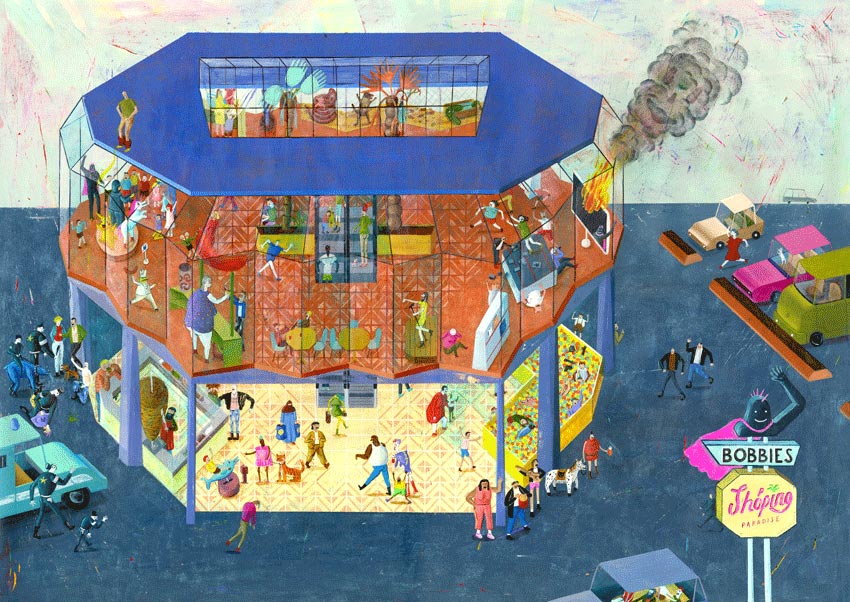 Robert Deutsch is a German illustrator who creates fanciful, pop, colorful and fantastic universes in spaces composed of ill-defined plans, between those of Francis Bacon and Giorgio De Chirico. As with Motohiro Hayakawa we find in Deutsch these slightly wobbly cavalier perspectives and sparse spaces, each containing a particular universe echoing the different levels of a video game.

“Sarcasm is the kind of humor I like most. To me, humor is important because it allows you to get people’s attention. I mean, I barely know anyone who doesn’t want to laugh. In addition, satire also has great power. Just a few lines can have a great influence.

I use contemporary themes now and then in my pictures or comic strips. My favorite protagonist is a character I created called Bobby Feucht. He’s kind of my alter-ego. During my work, I slip into his role and live through his absurd stories, like in “The Big Bank Bobbery”, where he enables a kind of backstage-access that we merely imagine. Or the visit in “Bobbies Shopping Paradise”, the symbol of capitalism. He’s poking fun at people’s blind consumption and their behaviours at places like malls. I created a place with an “I-spy-like” overcrowded, strange atmosphere and the disgusting aesthetics of shopping malls are taken to their extremes. In that way, I lampoon people by enabling them to finally laugh about themselves.” – Robert Deutsch (Society6) 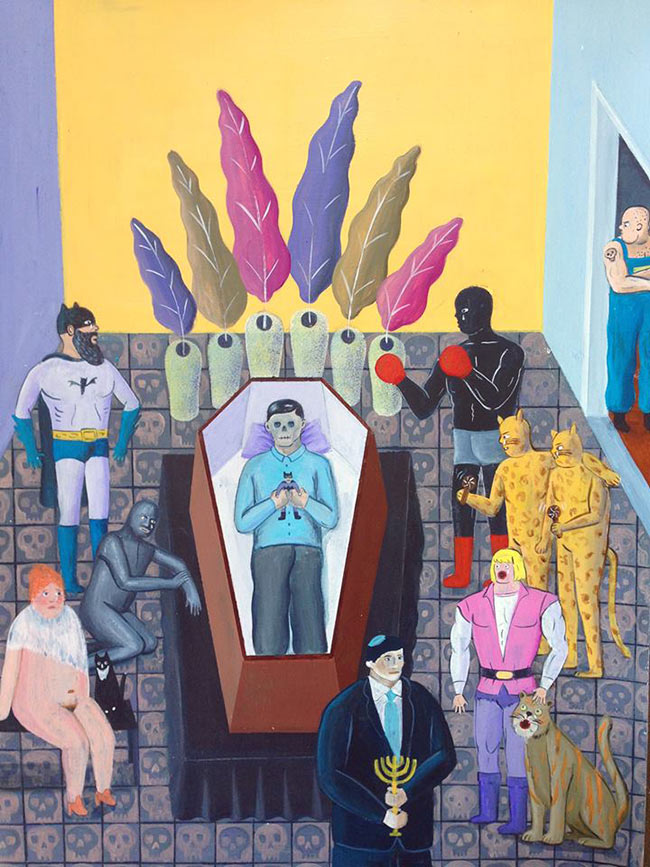 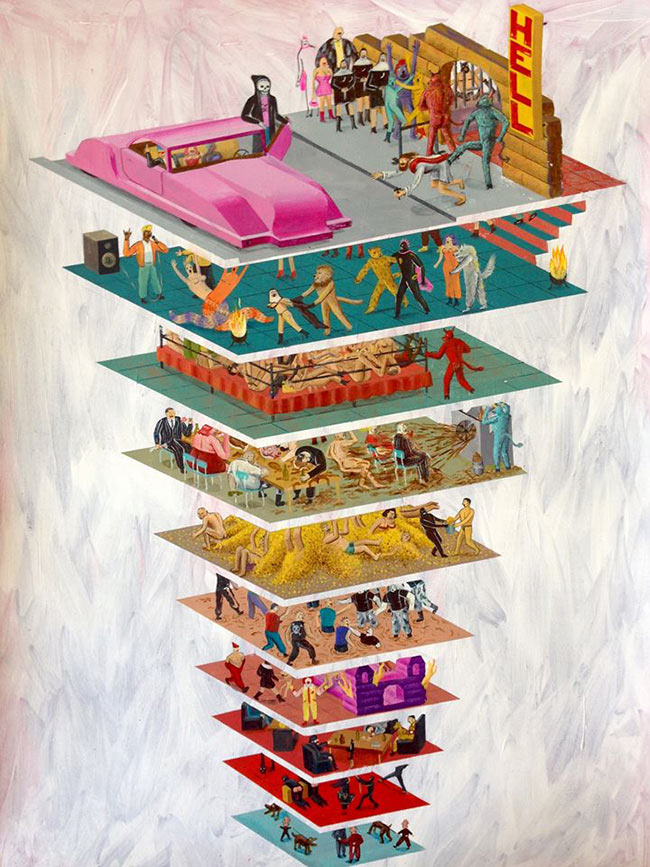 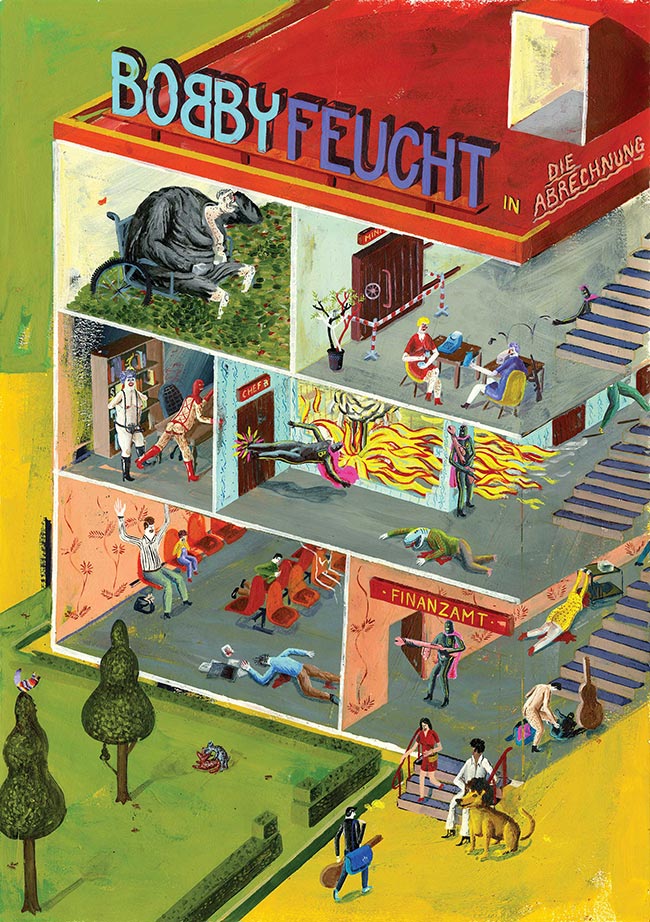 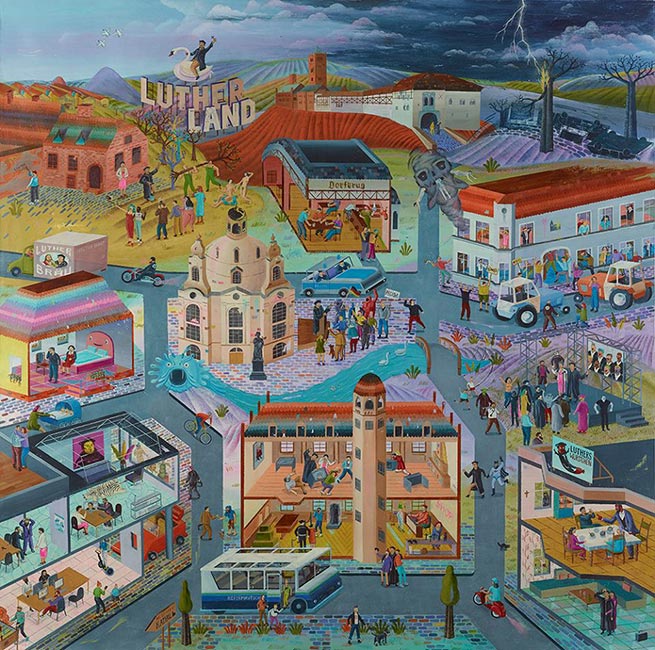 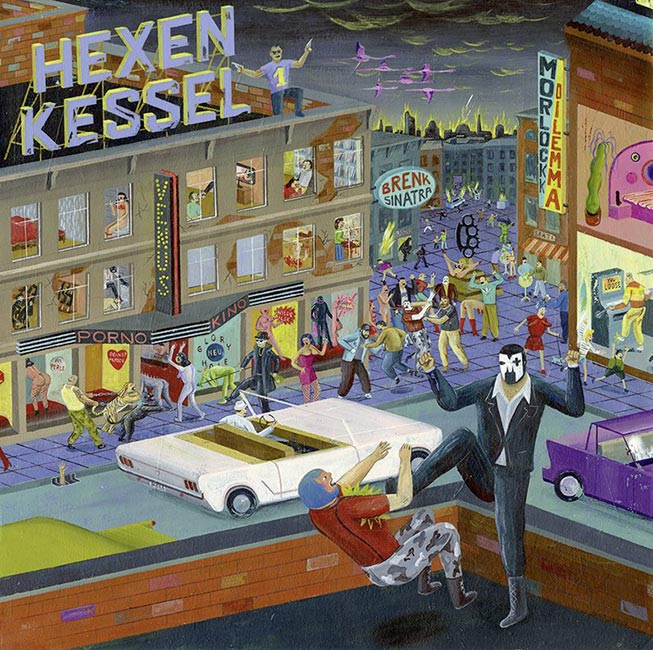 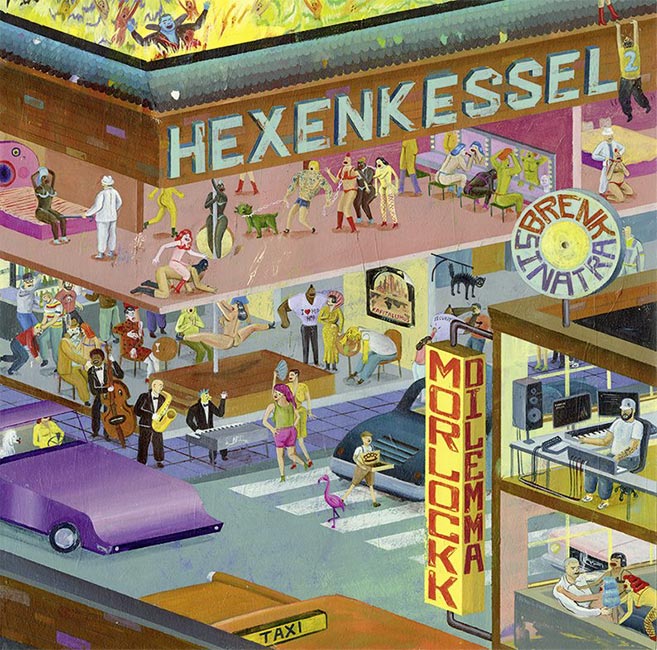 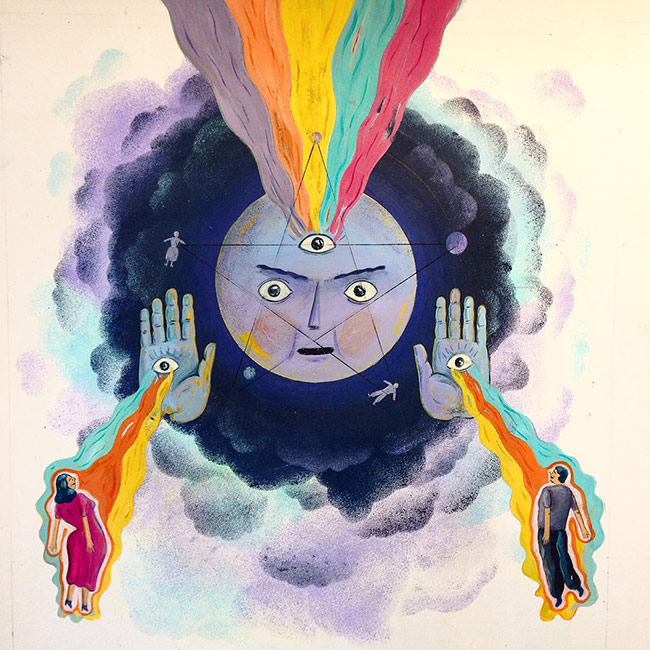 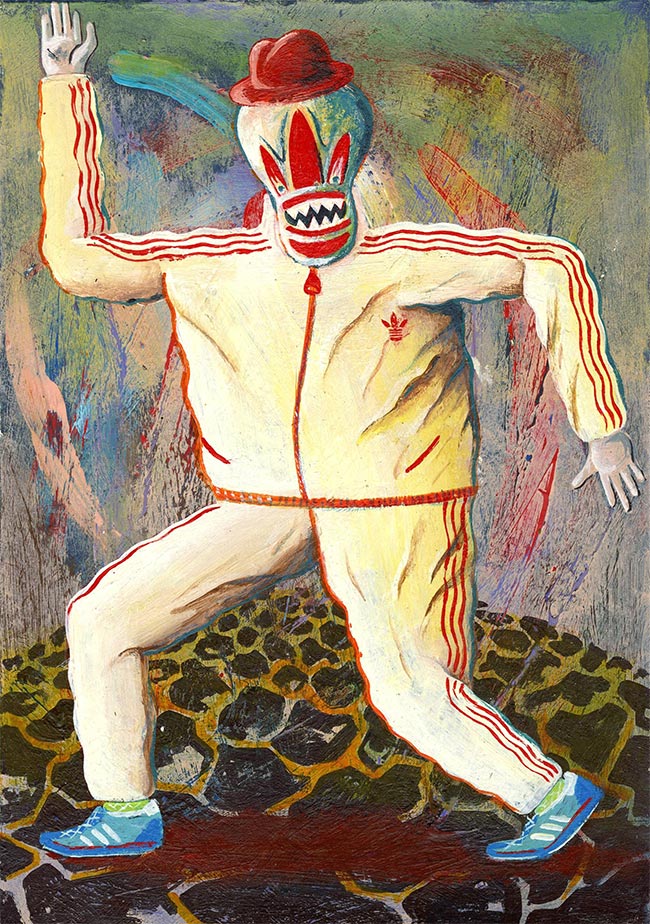 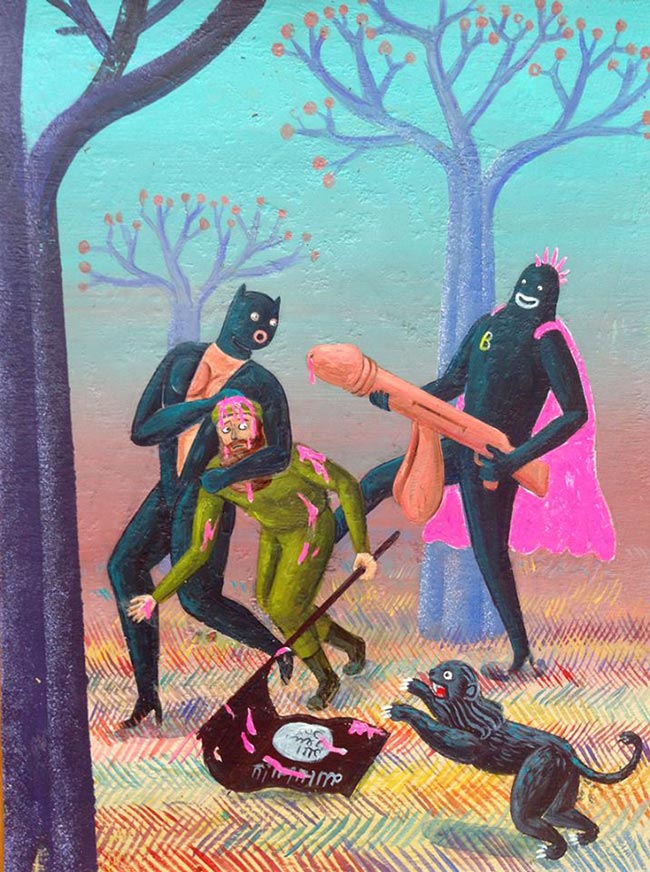 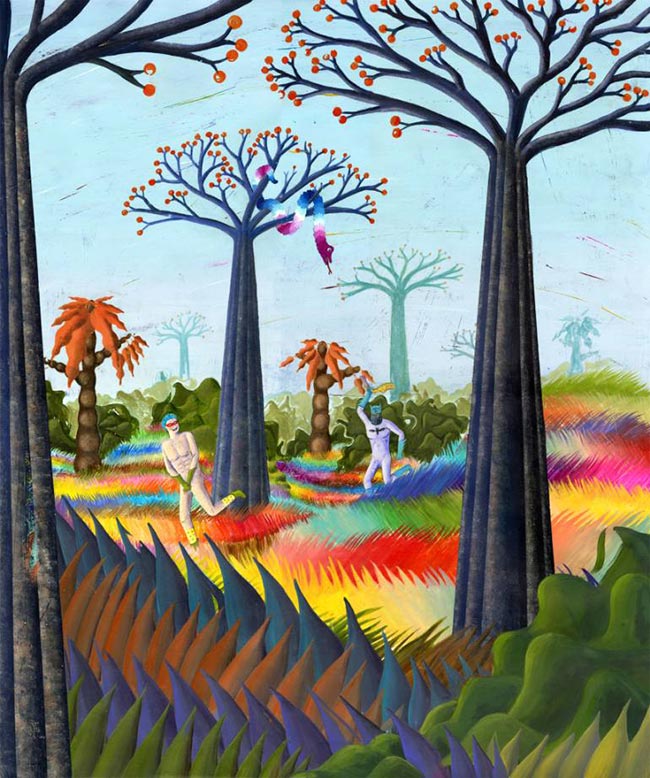 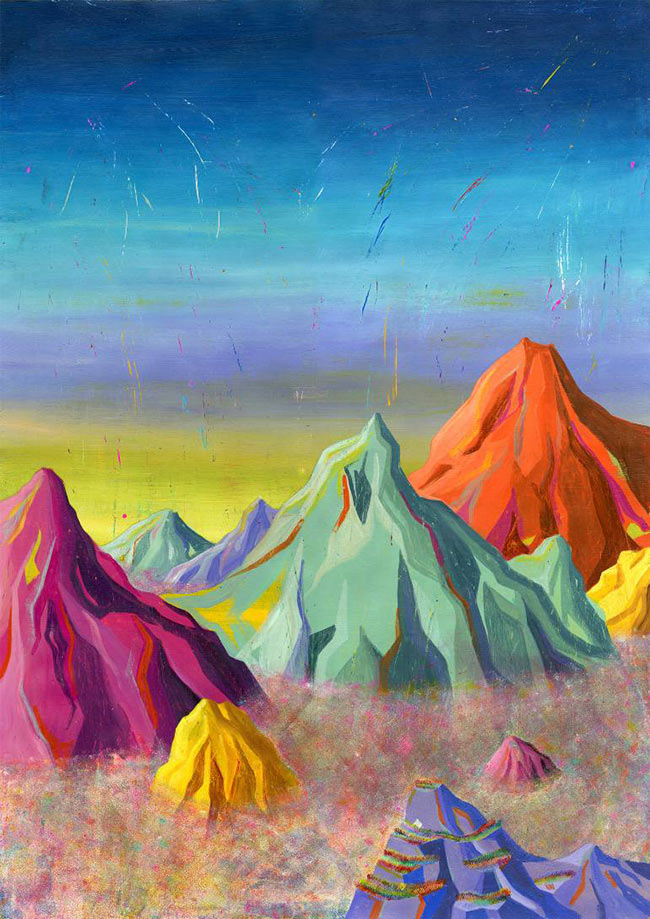 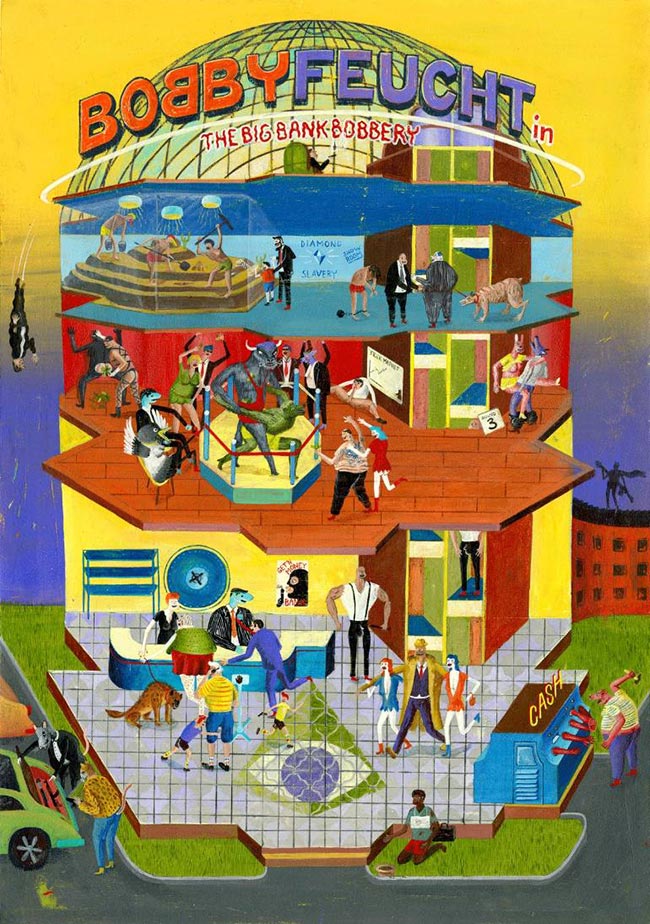