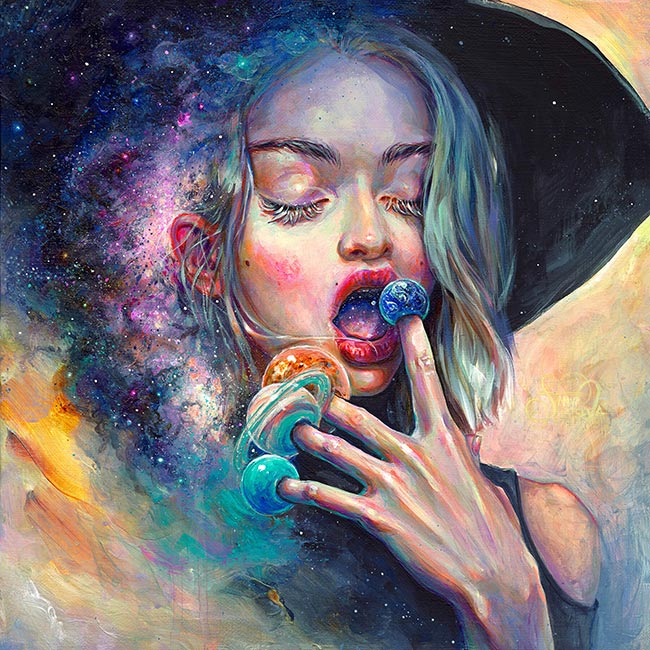 Tanya Shatseva is a traditional artist, born in Russia in 1990. Currently residing in Saint Petersburg, creating acrylic paintings and illustrations in the genre of pop surrealism.

As a child, Tanya had been moving all around the country with her family which caused a borderline mental state; feelings of alienation and endless freedom. She grew up in the environment of intellectual values, interest in esotericism and love of nature. Despite her passion to relieve emotional tension by drawing, Tanya had never considered choosing art as a career. She was constantly exploring the precious world and her own boundaries, collecting knowledge and experiences. Tanya has been modeling internationally, has performed as a show-girl in Turkey and US, practiced Buddhism in Korean temple, studied foreign languages and eventually got the clear awareness of her destiny. In 2010 she took the path of being a full-time freelance self-educated painter, developed a unique style and gained a wide audience through social media. Now her works are shown in various galleries and held in private collections around the world.

“The majority of my works depict subjects in metaphysical scenes and dreamlike states of shifted perception. Themes of tricky human mind, one’s connection with nature and the supernatural, vulnerability to the mysterious forces, mythology and biology have always been intriguing to me. This obsession combined with personal esoteric experiences led me to create illusory images that visualise my ideas of a subtle world filled with phenomenal interconnections and repetitions. Each piece I paint tells a fairytale based on a true story and gives breath to new concepts that I transfer to my next canvas.” – Tanya Shatseva 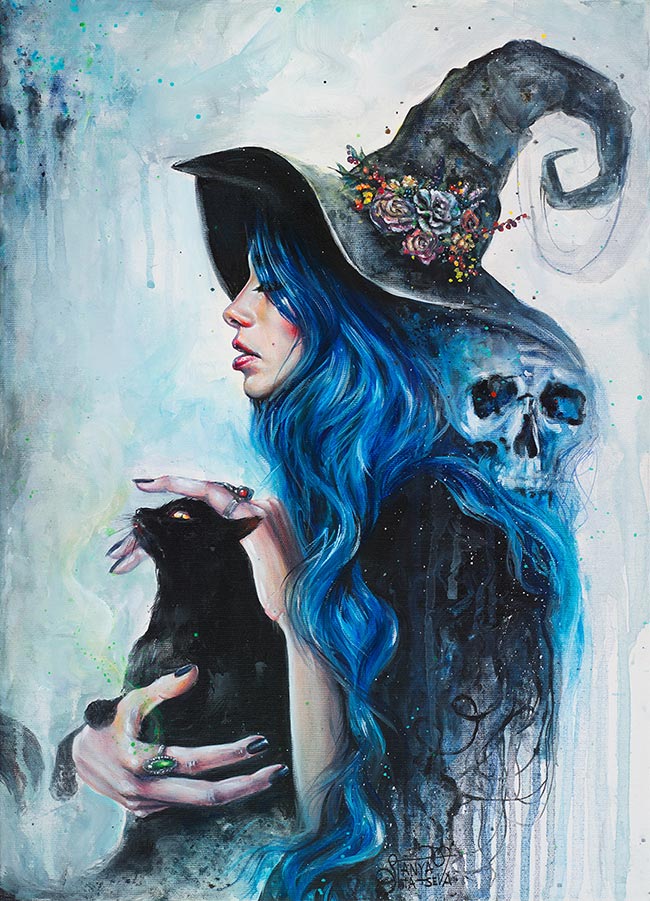 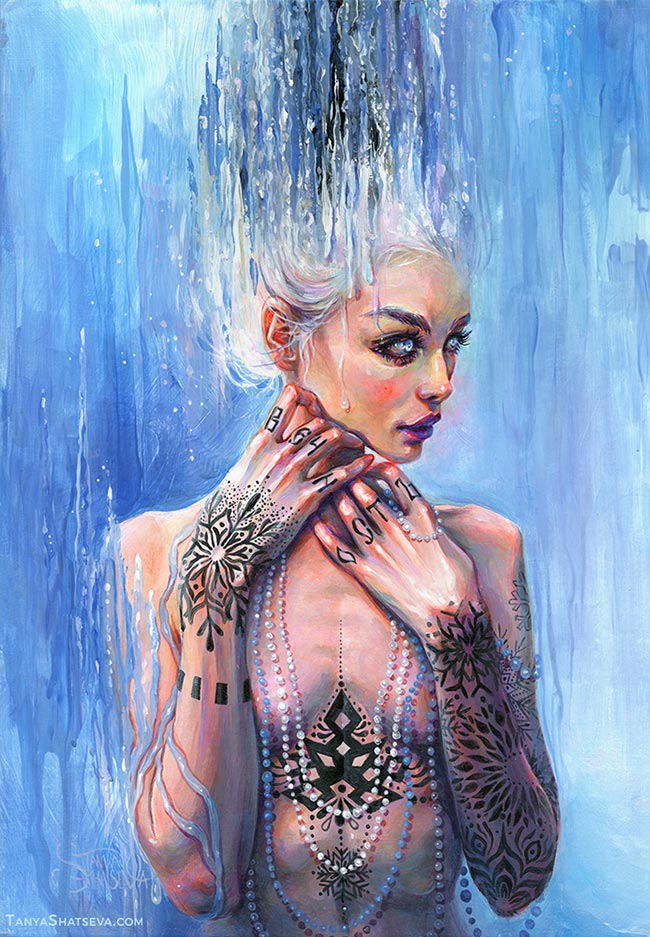 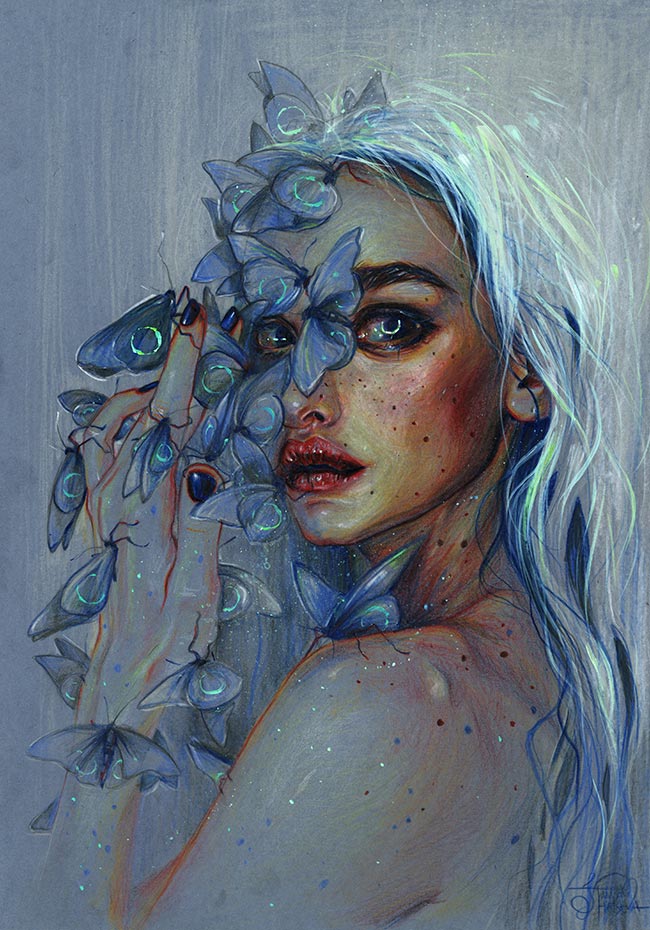 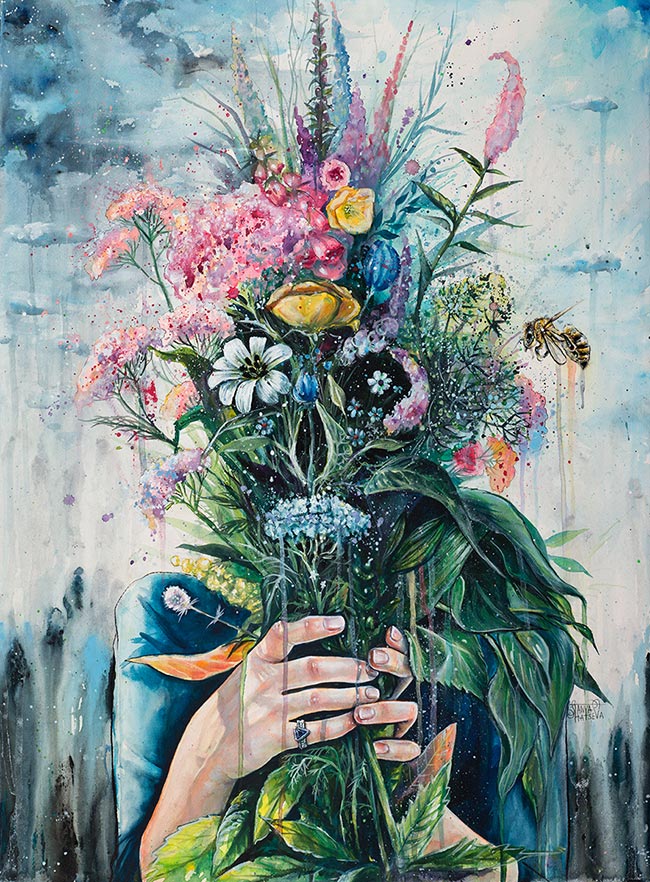 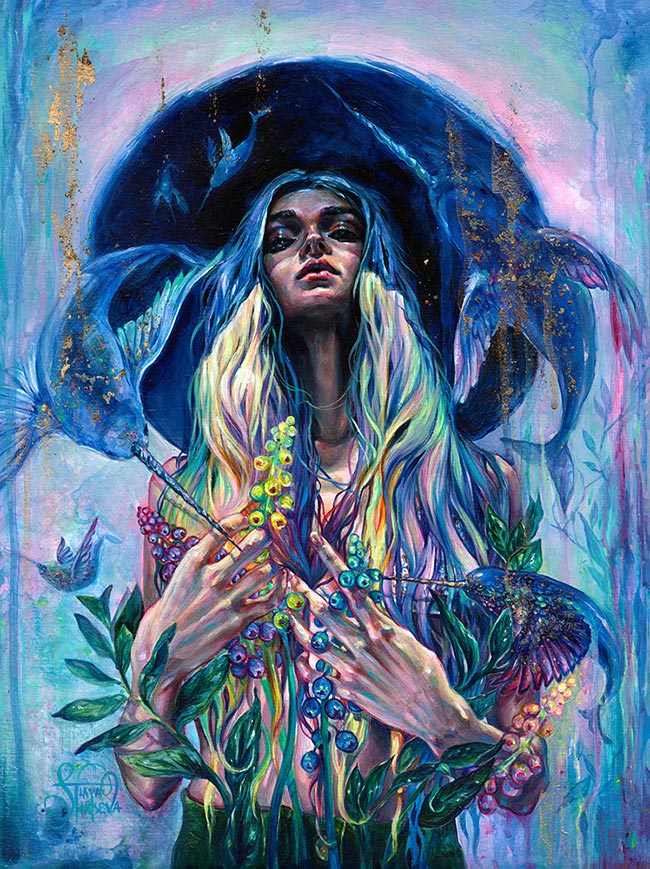 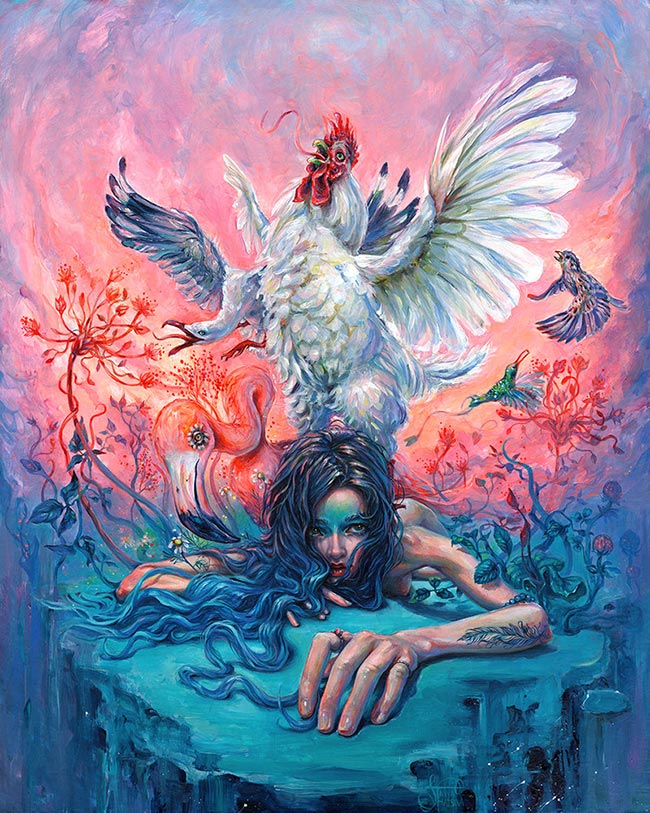 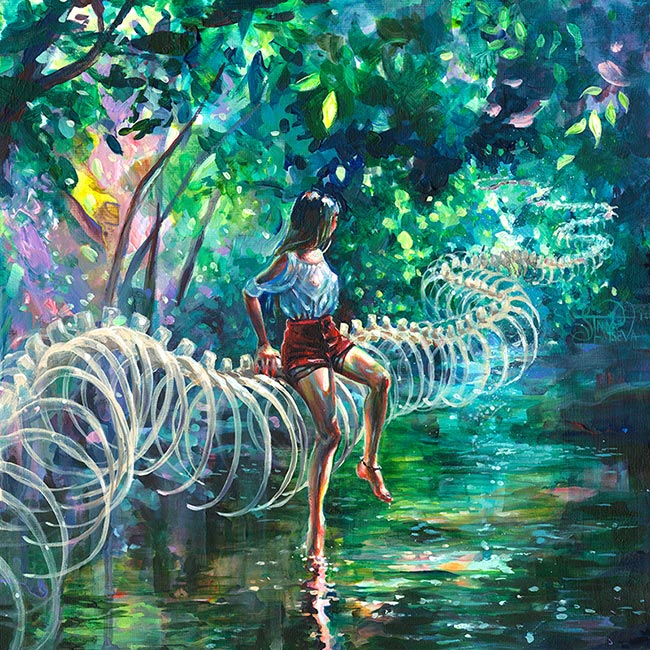 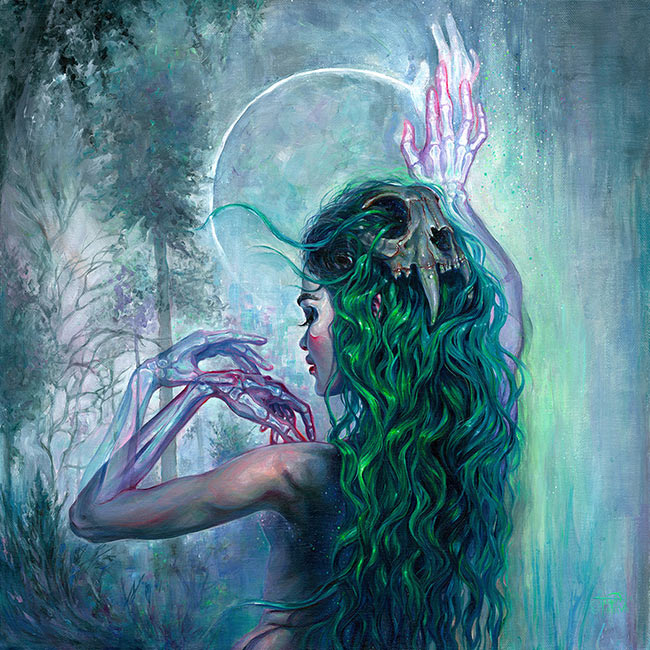 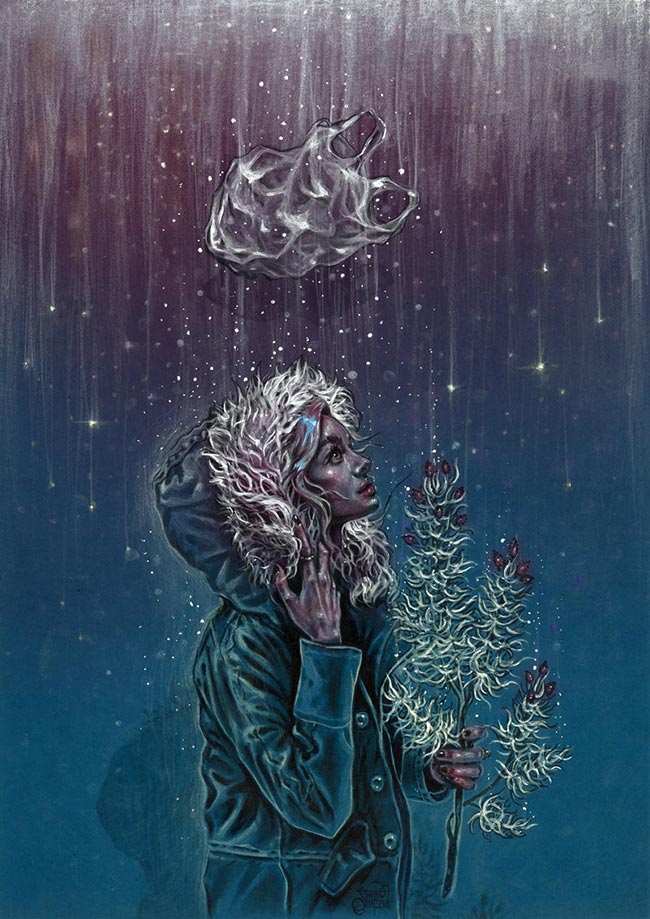 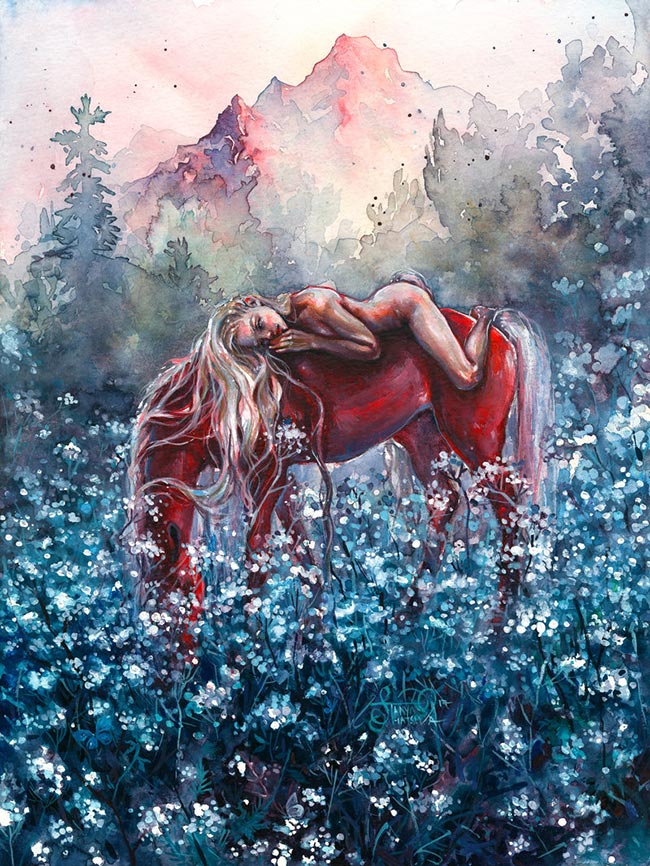 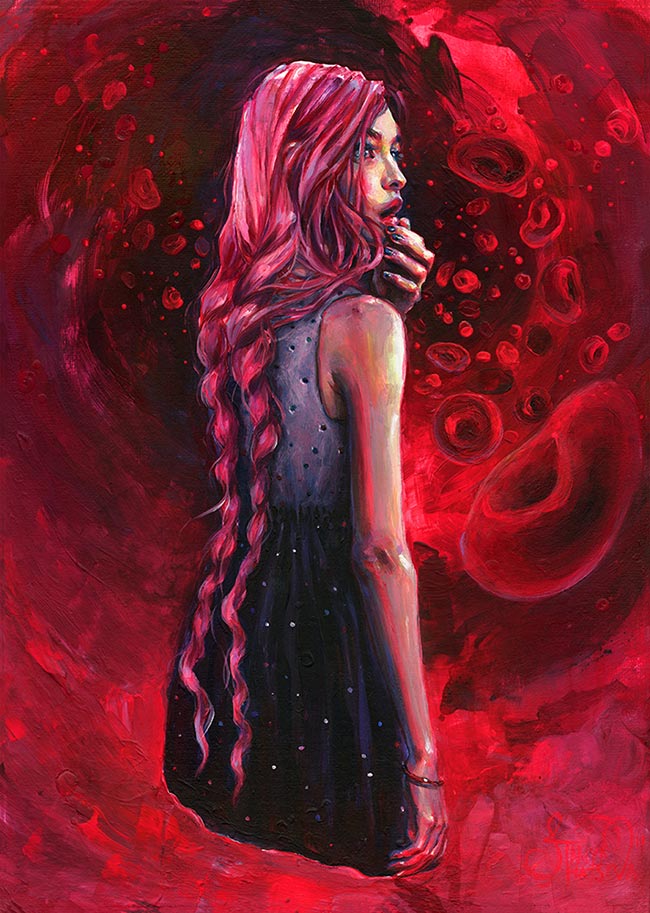