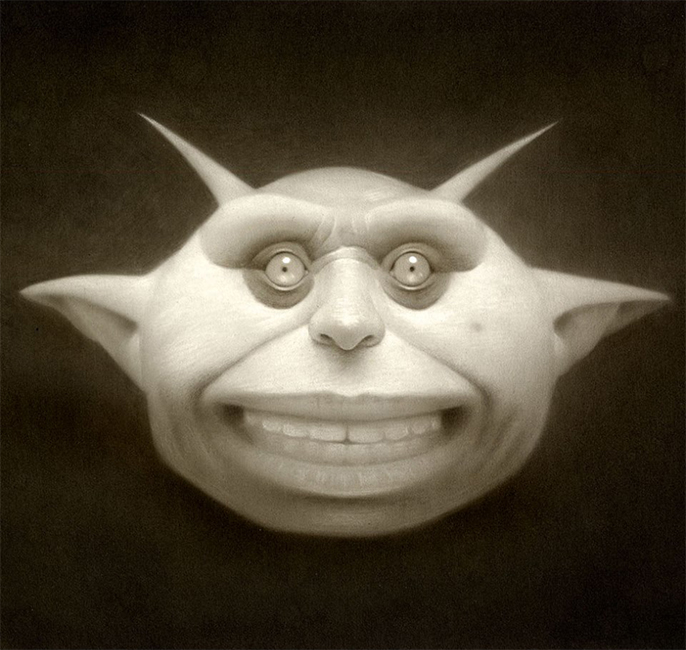 Travis Louie’s paintings come from the tiny little drawings and many writings in his journals. He has created his own imaginary world that is grounded in Victorian and Edwardian times. It is inhabited by human oddities, mythical beings, and otherworldly characters who appear to have had their formal portraits taken to mark their existence and place in society. The underlying thread that connects all these characters is the unusual circumstances that shape who they were and how they lived. Some of their origins are a complete mystery while others are hinted at. A man is cursed by a goat, a strange furry being is discovered sleeping in a hedge, an engine driver can’t seem to stop vibrating in his sleep, a man overcomes his phobia of spiders, etc. Using inventive techniques of painting with acrylic washes and simple textures on smooth boards, he has created portraits from an alternative universe that seemingly may or may not have existed.

“Growing up, I used to go to my friends’ and neighbors’ houses. Their families had these great old photographs. I thought, “What’s going on that they had these things?” The reason why we didn’t have any in our family was that Chinese people are very superstitious and did not like having their pictures taken, especially in the 1890s. I don’t know if many cameras were that available. I have not seen that many photos of older Chinese people from that era. I think there was a little bit of envy. So now with my work it’s almost like I am making my own ancestors. They just happen to be monsters.” – Travis Louie (Cool Hunting) 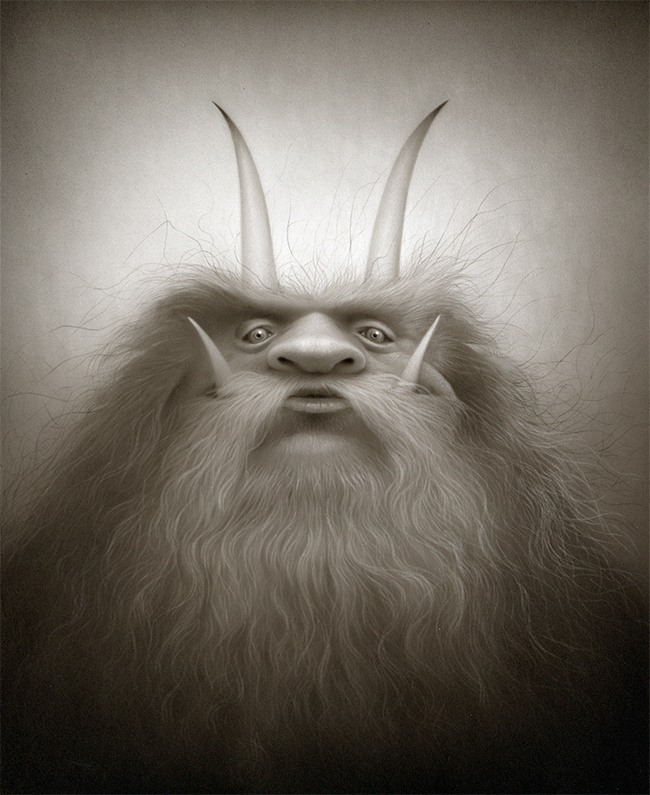 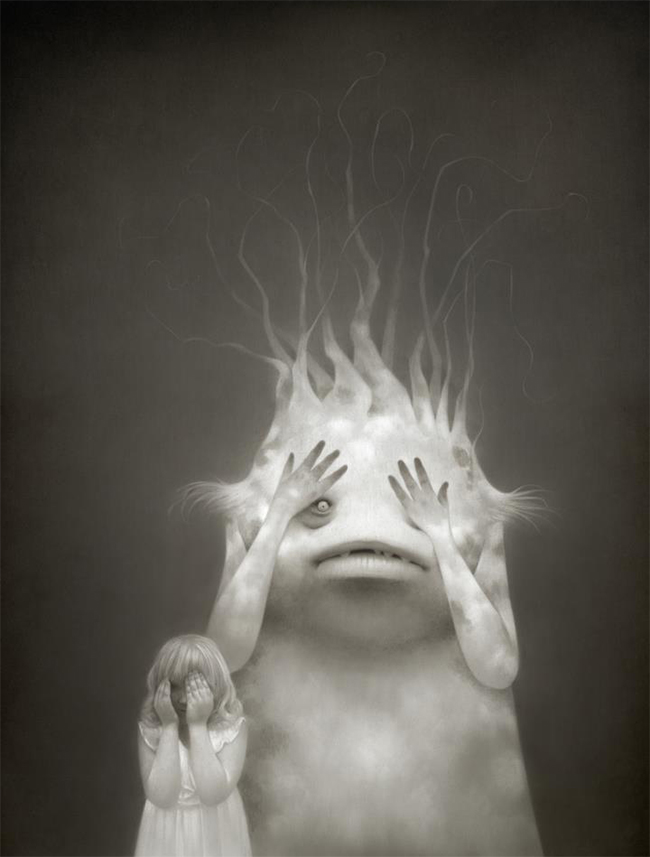 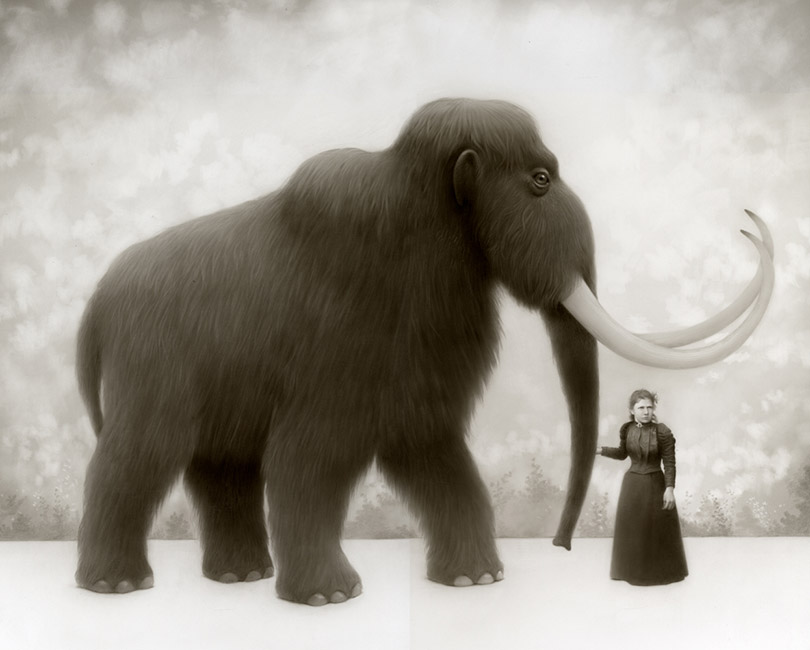 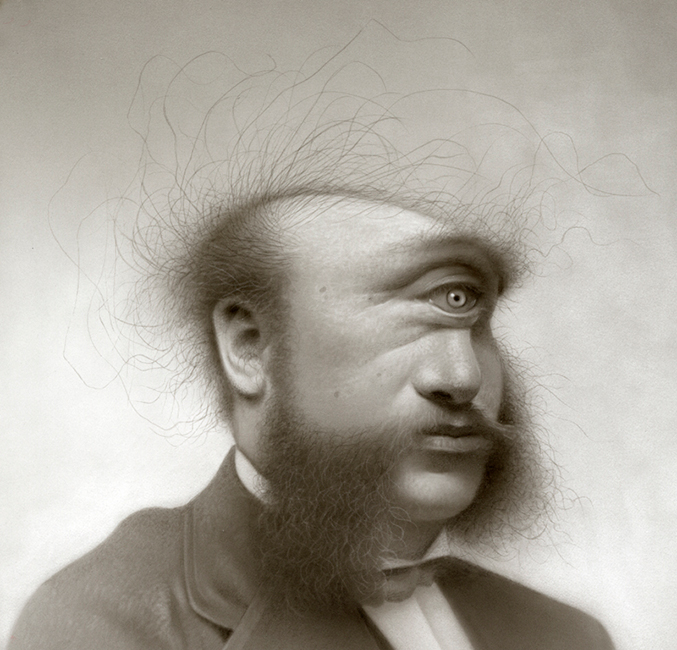 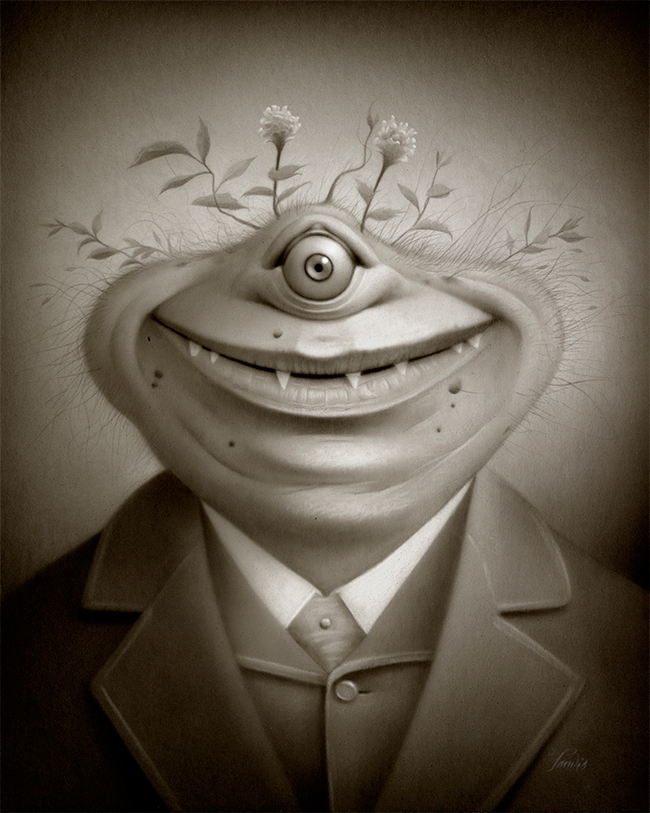 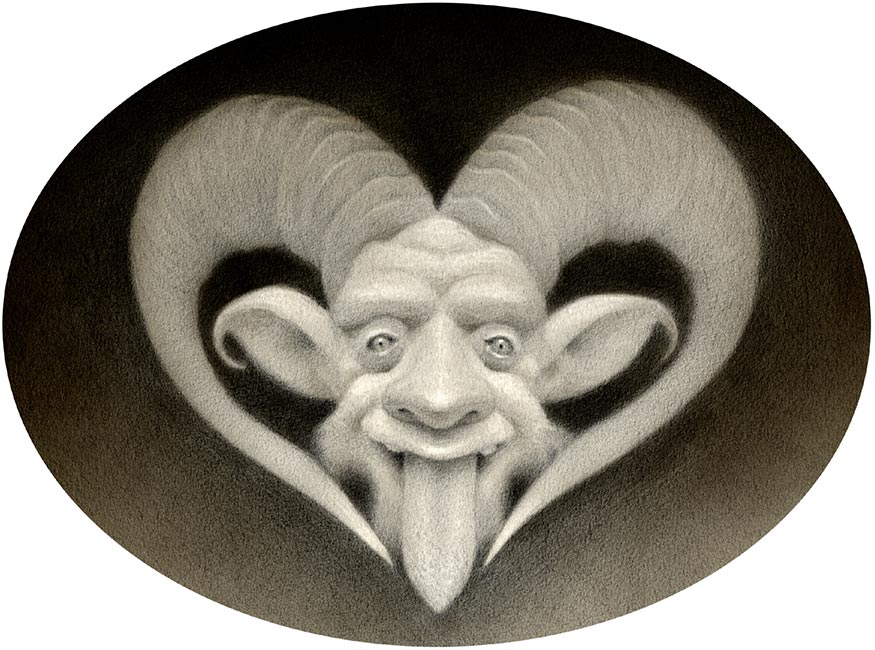 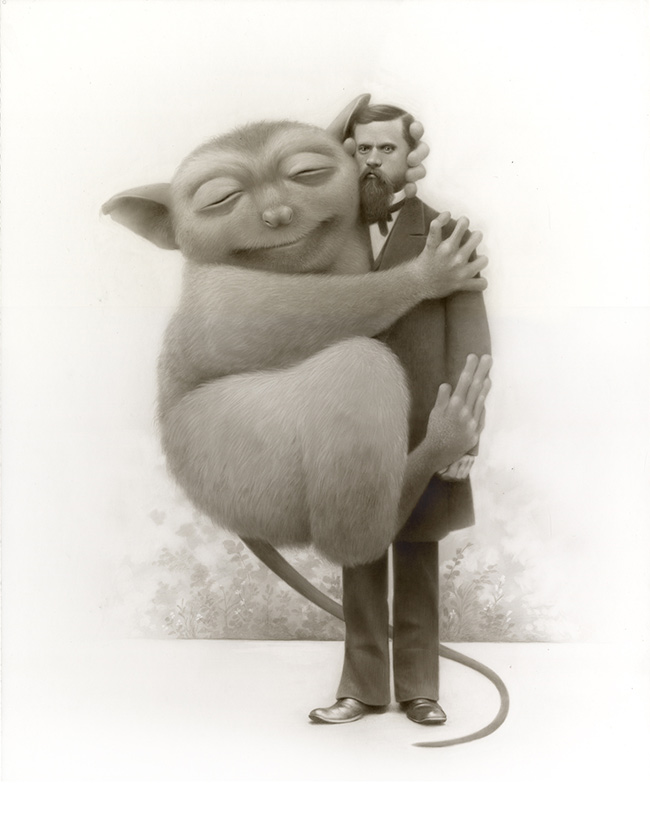 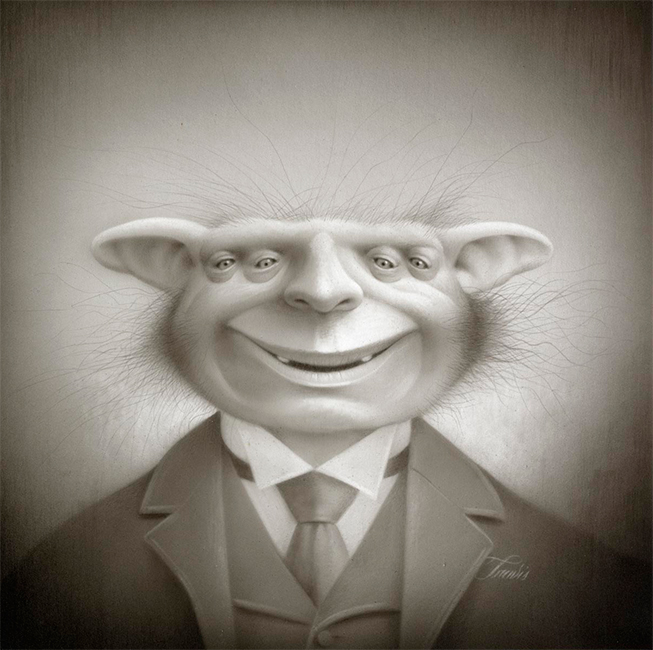 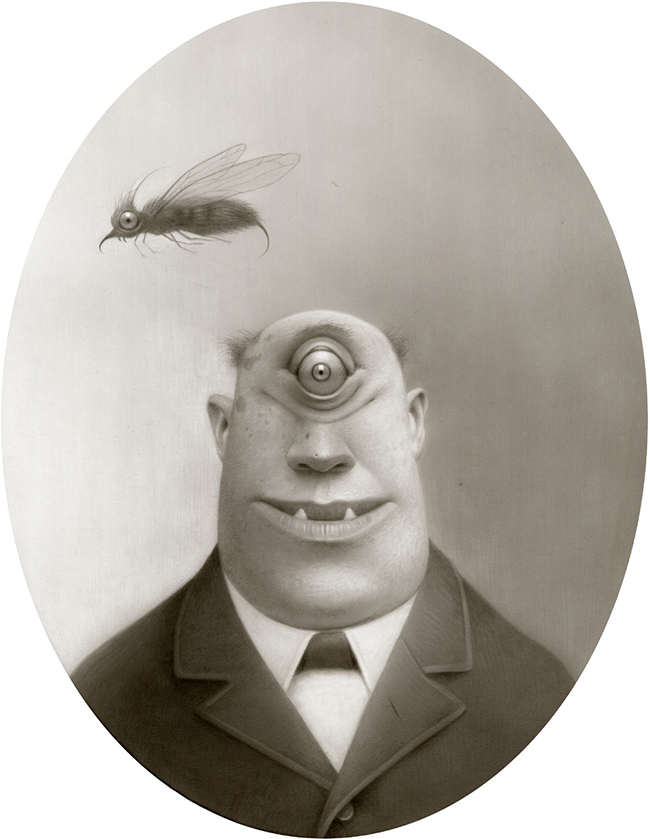 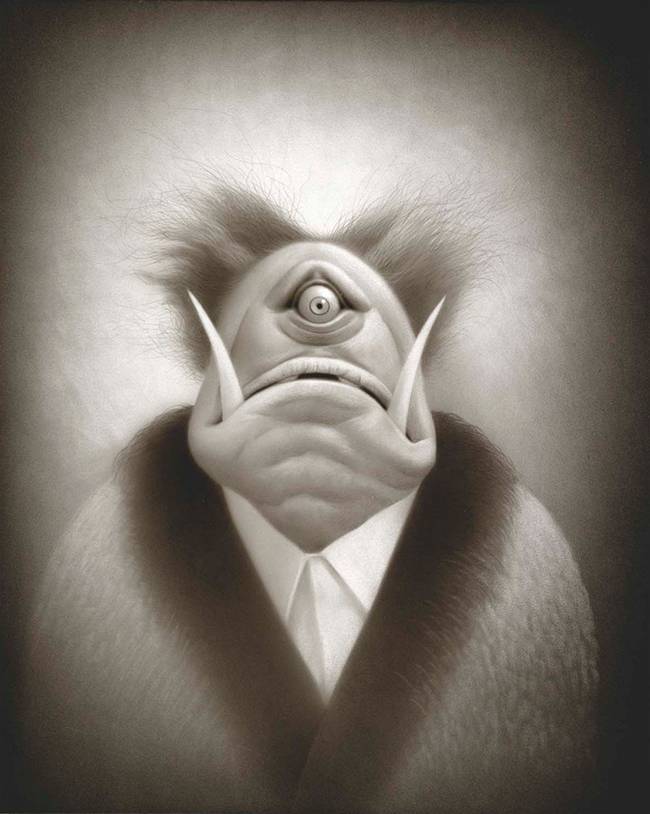 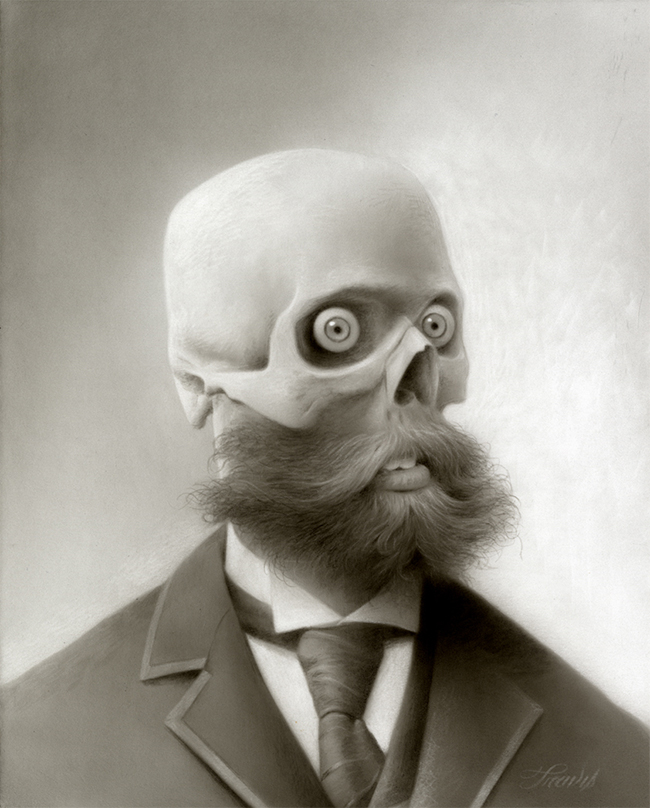 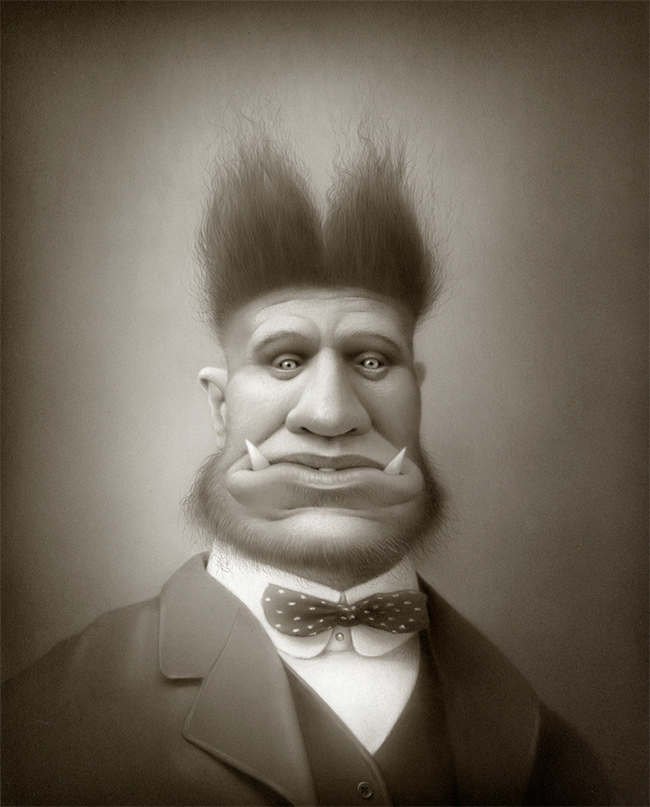