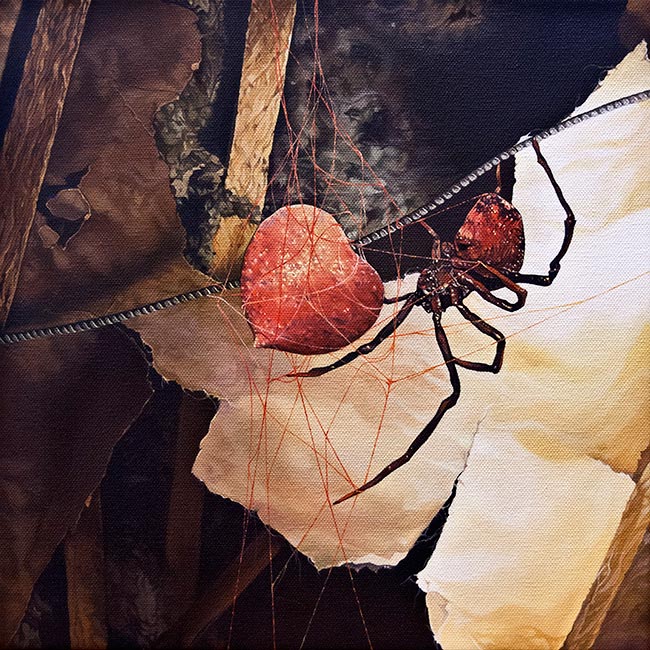 I’m going to be totally honest and admit that spiders freak me out. Venomous fangs aside, I think the sensation of eight spiny little scrawny legs running against my skin gives me nothing but frightening chills. However, if given a safe proximity from these creepy crawlies, I will tell you that I can sit for hours just staring at them and observing their magic. 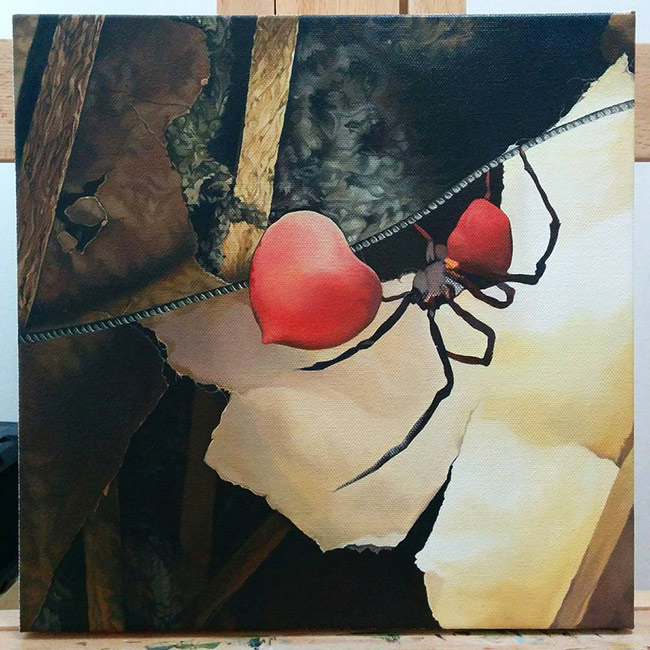 I remember as a child, collecting and rearing ‘living organisms’ in a glass jar (which consisted mostly of found garden friendlies such as itsy bitsy snails, caterpillars and earthworms). I did not keep any spiders in my glass habitat, but I used to carefully pick up scampering ants and attempt to flick them into a spider’s web. Watching the almost motionless spider at the corner of its nest all of a sudden spring into action, candidly clamber towards the source of the vibration, and then spin its prey up with its web, was rather fascinating to me at that young age. 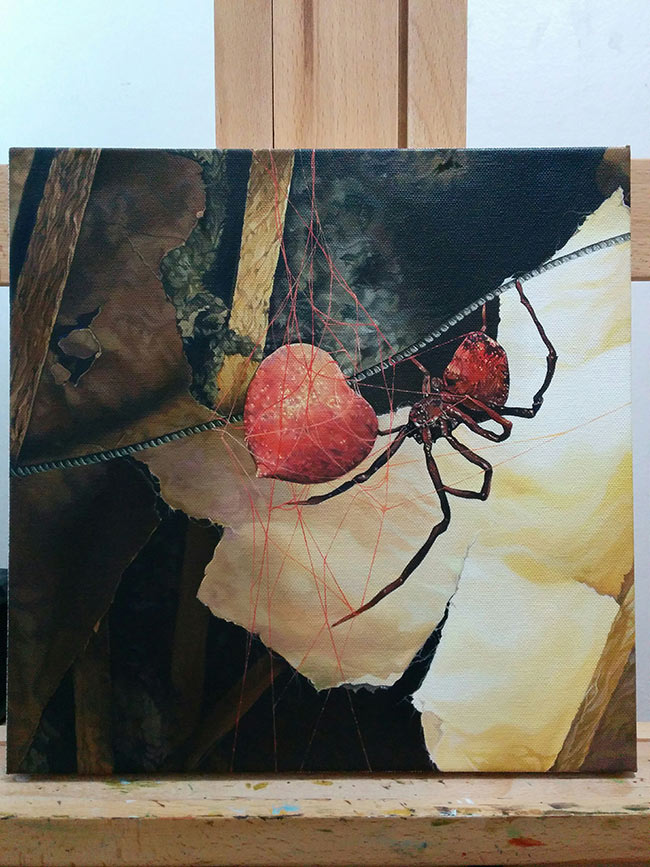 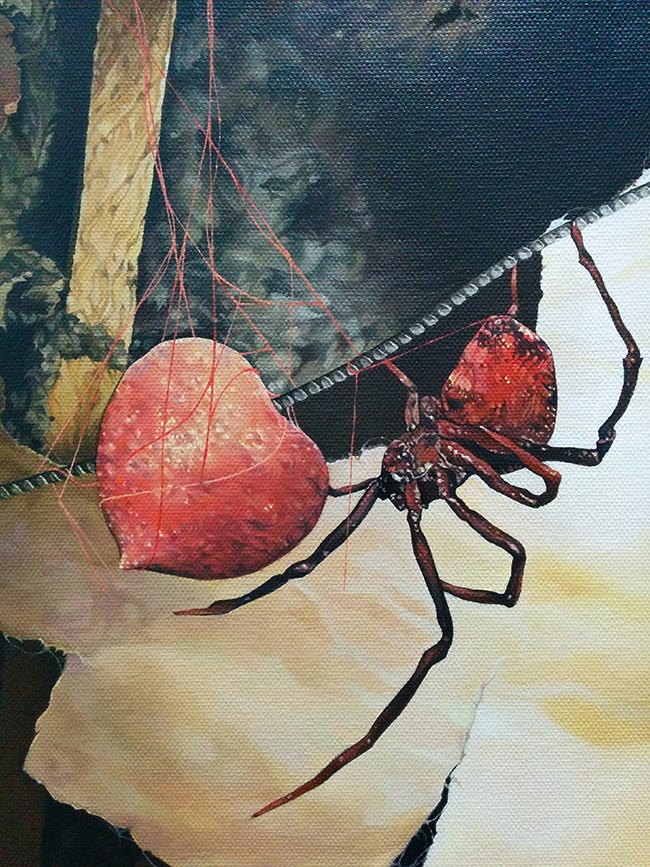 Then there was a period of my life where I documented images of cobwebs that I would come across. I love the way the silvery tacky threads would reflect sun rays when observed at an angle, and then almost seemingly appear to be non-existent from a different perspective. Some webs sway like a slow motion of water ripples as the breeze lightly passes through, with spider still intact and positioned at the center of it all. Other webs that are ruins of a once upon a time beautiful construction hang abandoned, dreary and gray. 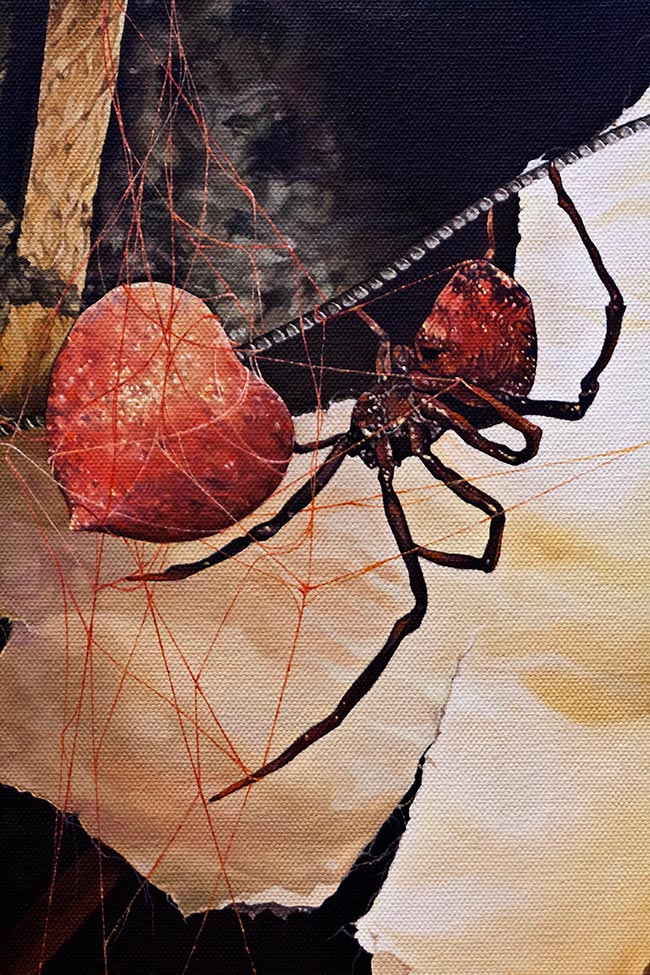 The process of creating this new painting titled ‘Nesting Place’ allowed me to revisit all these nostalgic memories I would not have otherwise thought to recall. ‘Nesting Place’ is a whimsical little oil and acrylic on canvas artwork that partially references the redback spider species. It is a painting that revisits and pays tributes to all the spiders, cocoons and webs that I have stumbled upon. It is particularly dedicated to that tiny friend whom I fear and adore that lives in the corner of the ceiling of my attic.

‘Nesting Place will be on view as part of WOW x WOW’s ‘Room of a Thousand Doors’ group exhibition, which opens on 1st September and runs through until 22nd September. 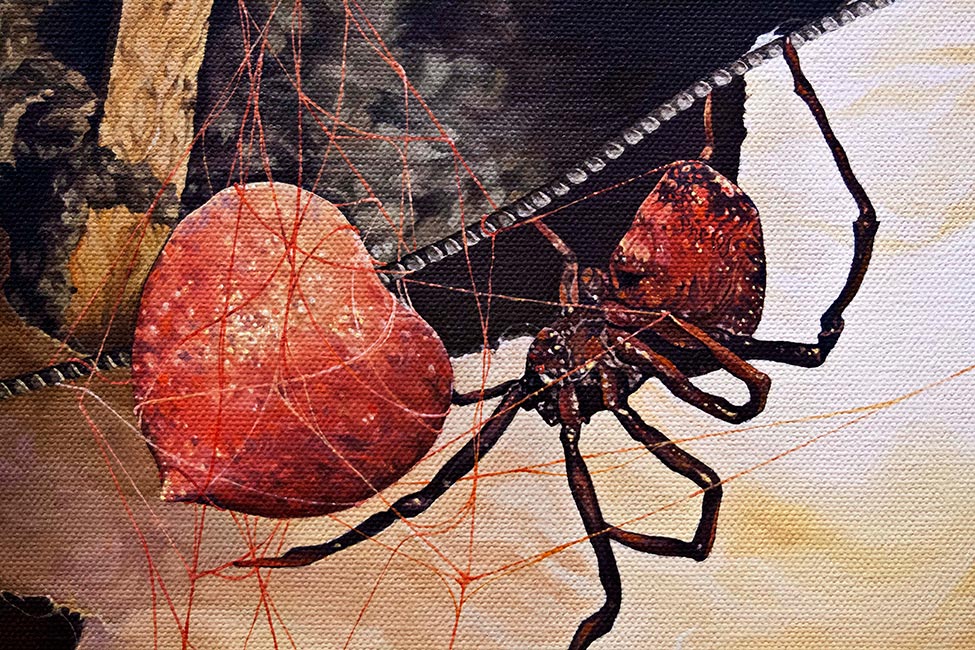