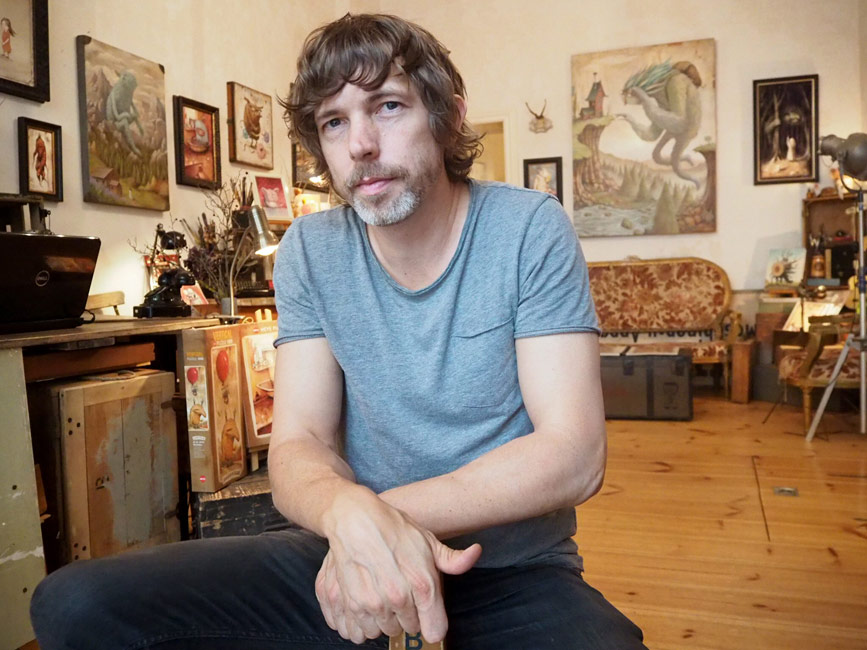 ‘The Disciplined Slacker’ by Mateo Dineen

Dear reader…I paint monsters for a living. It’s my job, and my passion, and it’s remarkable to me that I ever ended up doing this with my life.

I often get asked how I managed to make it to where I am now. Admittedly it seems like an unlikely place to end up. Looking back, the inclination, talent, and interests were there early on. Those traits helped get me here, but I’m certain they wouldn’t have been enough. I lacked a necessary skill. Namely, discipline. Thankfully, I’ve since found it, and I want to share with you how. 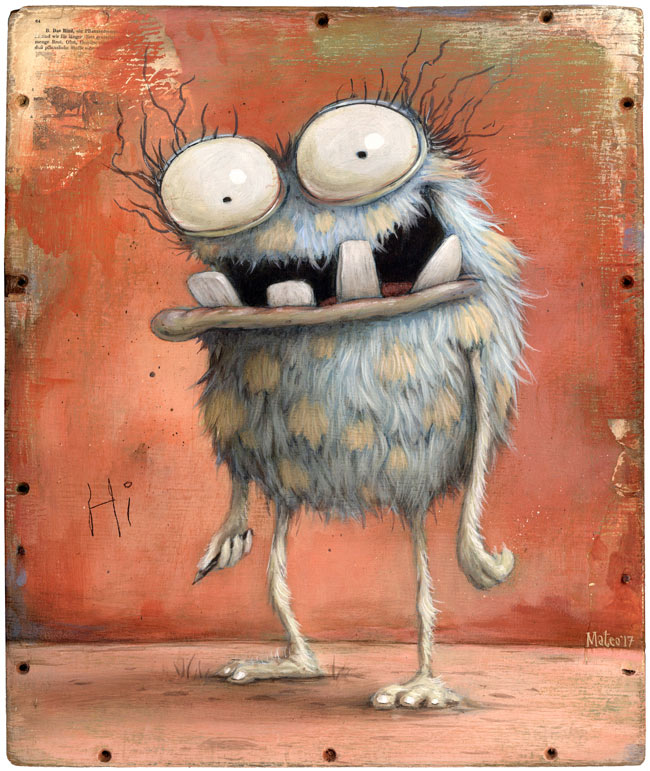 As a kid, I didn’t see the need for discipline. I would spend long hours drawing. It was a form of play. I’d completely lose myself in the world I was creating, but as soon as it was no longer fun, or easy, or interesting, I would stop. Or sometimes a distraction would pull me away, or I’d feel hungry, or a responsibility would demand my attention. Nowadays I’m still beset by the distractions of daily life – more than ever actually. But now, when I need to, I can tap into my reserves of discipline to get things done. 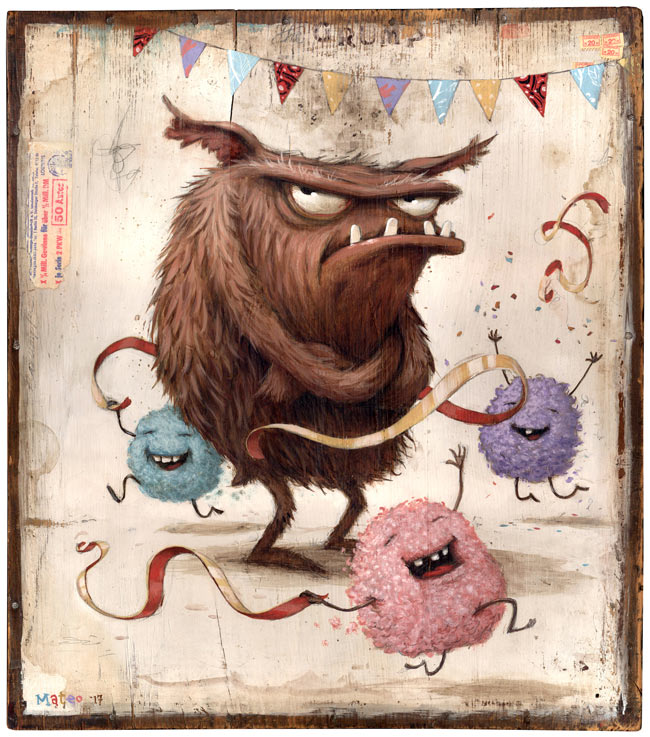 So what changed? How did I learn discipline? One pivotal moment occurred after the summer break at the start of my second year of art school. Up until that point I wasn’t very good at applying myself. I was a bit lazy and would only study or practice when I was forced to do so via homework or classes. It was the first day of figure drawing class and I was preparing to draw the model. I should point out that my drawing ability at this point was fairly average – good enough to get by, but not outstanding. Sitting next to me was a student whom I knew from the previous year. He and I were equally matched in drawing skill (or so I thought). The model struck a pose, and we began drawing. Suddenly, this guy of “equal skill” was running circles around me, drawing beautifully and with ease. Meanwhile I was feeling very rusty and clumsy in my attempts to capture the model on paper. I asked my classmate what the hell had happened. He said simply, “I’ve been practicing all summer.” 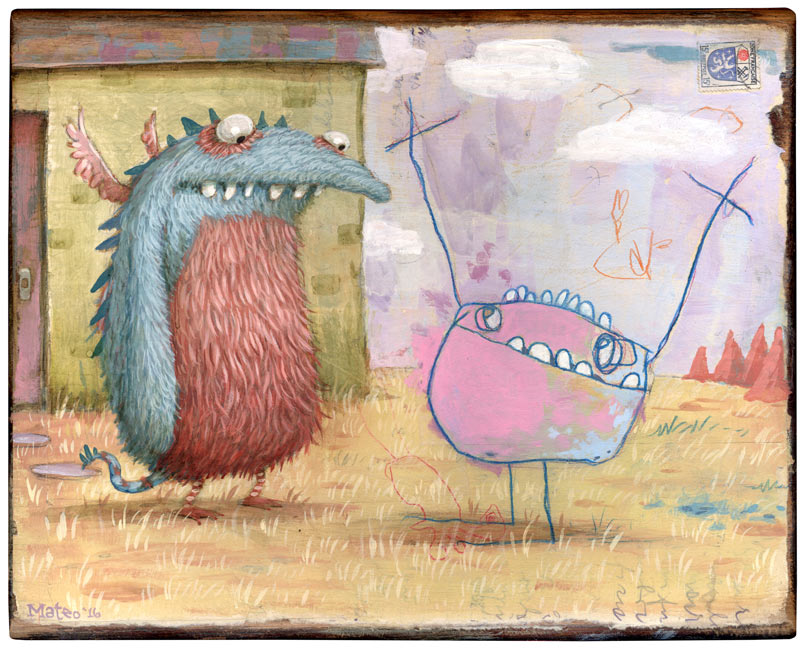 Of course, I also wanted to get better at drawing. But it was hard for me to imagine that much practicing, especially during summer break! I mean, drawing is fun, but practice feels like work. And I tended to avoid anything that felt too much like work.

After this experience I started to think more about embracing some sort of regular practice, but I still wasn’t convinced I needed to. In general I did okay with my sloppy style – it wasn’t so bad – and I was slowly improving with the help of teachers and regular drawing classes. I had one teacher who would reiterate, like a broken record, “You have to draw every single day. If you can find five minutes every day for doing dishes, or sitting on the toilet, then you can certainly find the time for doing some drawing; even if it’s only five minutes.” The point being that it didn’t need to be a huge commitment, but it had to be a daily activity. I took his advice to heart and began to weave drawing into my daily life. I tried to make it less of something that I did, and more of something that I was. Despite this, I was still a bit of a slacker, and hadn’t yet tapped into my full potential. 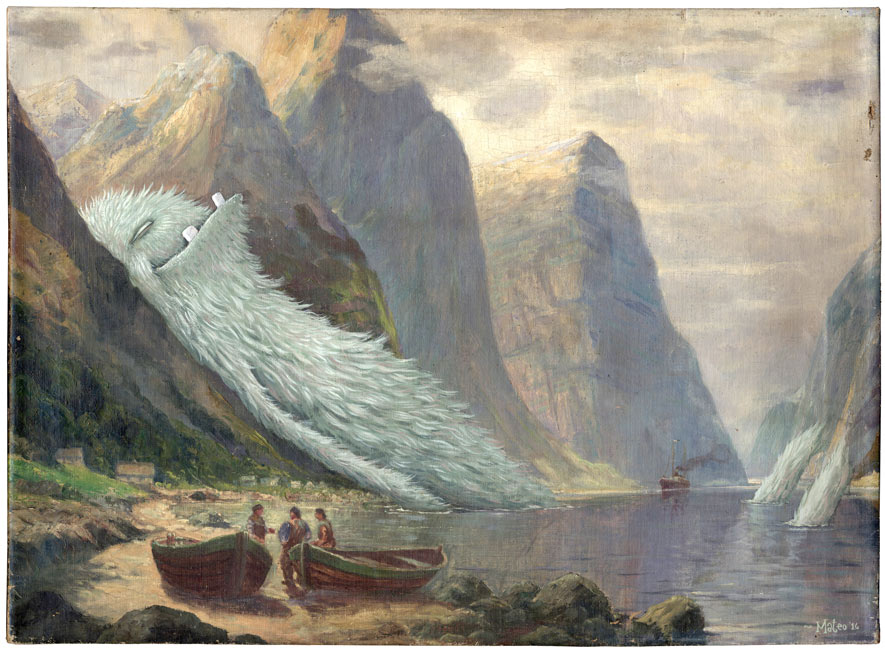 Another teacher had a different approach. He was probably in his forties, but he dressed like a cocky teenager. He talked a big talk. He was arrogant and contemptuous – a bit like a drill sergeant trying to break down his recruits. His approach infuriated me. None of the art we created impressed him. Indeed he once pointed out that we would be competing with the likes of him once we graduated, and that the illustrations we made simply wouldn’t cut it. 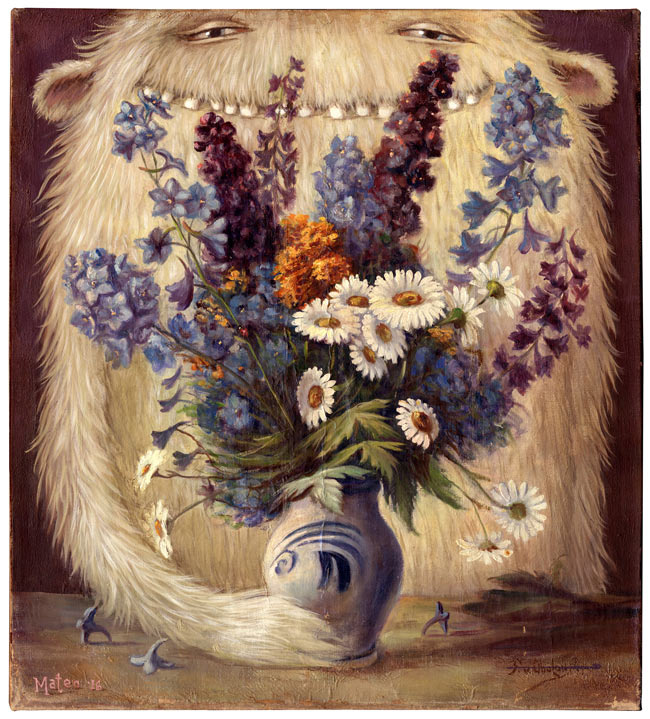 A few months later, I had a chance to visit his atelier during Open Studios. I finally saw his artwork, and guess what? I wasn’t impressed. Well, not really. I mean, he was a proper draftsman, making detailed and precise illustrations of complex geometric structures. That was impressive. However, the result was, in my opinion, boring and soulless. Despite my general dislike for his work, I had to admit that I lacked the skill to execute that level of precision. My competitive nature kicked in and I thought, “If I could just focus more, I’m sure I could create something that would put this guy in his place.” 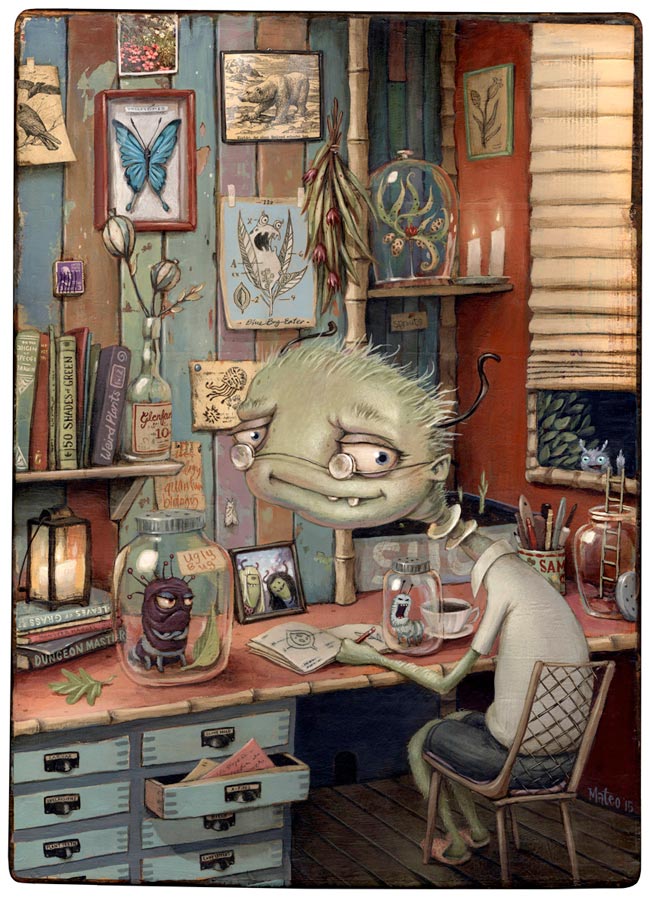 He also once said to the 25 of us in his class “Statistically only three or four of you will ever go on to make a living as an artist.” I found that hard to believe, but then he continued, “You know what the difference between failure and success [in the arts] is? It’s not the most talented who will succeed, but the ones who want it the most. It’s the ones who go the extra mile, the ones that hustle and push that will make it.” I hate to admit it, but his dismissive attitude toward us had a lasting effect on me. I left that class saying to myself, “I want it, I want it, I want it.” And I meant it. Indeed I feel now like it was spite towards that teacher that drove me in that moment, but really all I did was prove him right – haha! 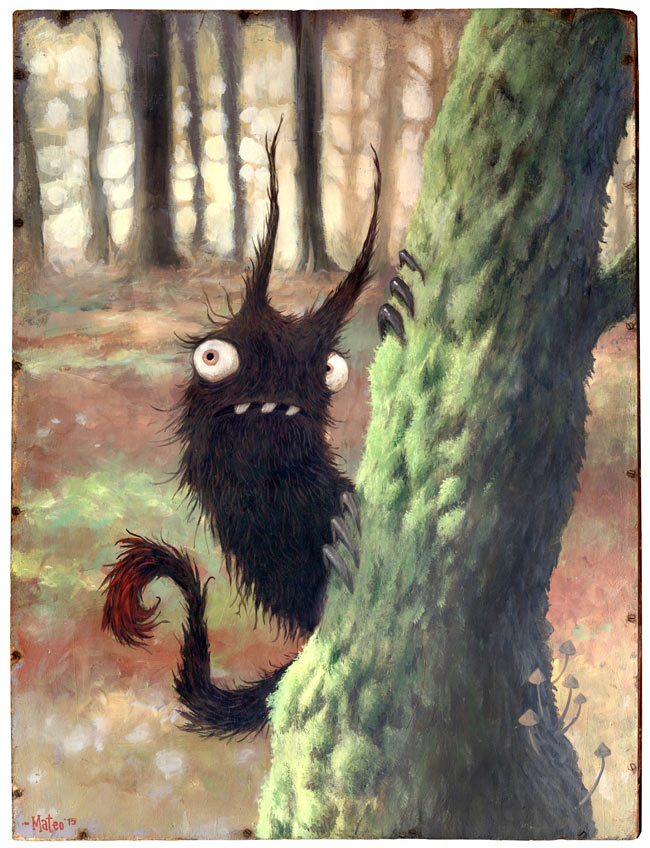 However, I still didn’t have true discipline. I didn’t yet know what it really looked like in myself. I decided to do an experiment: For two weeks I would strictly avoid distractions, try my hardest to practice, and work harder than I ever had. I guess I didn’t really expect much to happen, but I figured that after two weeks of behaving in this “unusual” way, I’d finally see what all the fuss was about in regards to discipline – or I would see that it’s all a sham and only fools work themselves that hard. I gave it a shot. I set my mind to a new level of focus and determination, one that I wasn’t used to. I turned down all invitations to go out with friends; I ate short meals; and fully immersed myself in my various homework assignments. I secretly hoped it wouldn’t amount to much so I could return to my low-effort ways. However the opposite was true. After two weeks my classmates started to notice and ask me what had changed to make my work improve so much. Even to me the results were undeniable. I began to create work that looked more finished and professional than ever before. I was hooked. It felt like I had a super power, like I’d discovered a tool that I never knew I had in my toolbox. And all it took was deciding to focus and work hard. 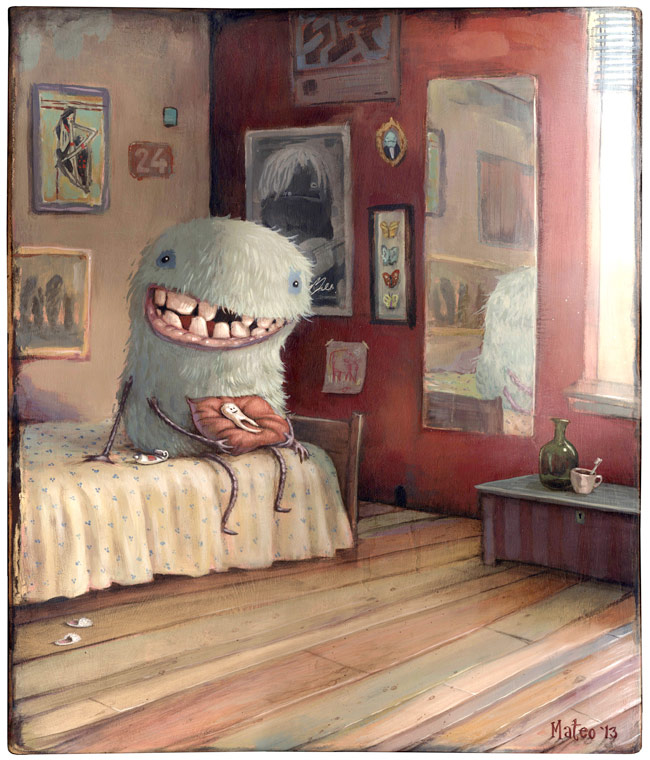 It seems so obvious to me now. If I want to see results, all I need to do is make time for some focused hard work. The term “hard work” used to send me running in the other direction. But you know what the funny thing is? I’ve learned that as soon as I get lost in this “hard work”, I usually enjoy it way more than I imagined I would.

So, dear reader, if you too are feeling chronically distracted, lazy, or ineffectual; there is hope! Tap into your determination and passion. Prove the naysayers wrong! Try it! Be super disciplined for two weeks and maybe you’ll unlock some unknown potential. Or not. But you won’t know unless you try. 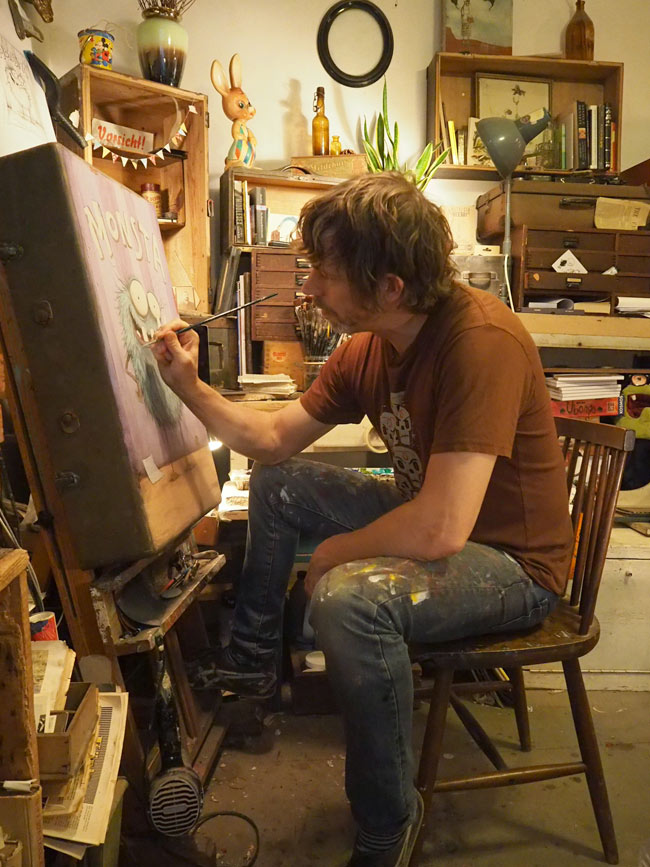 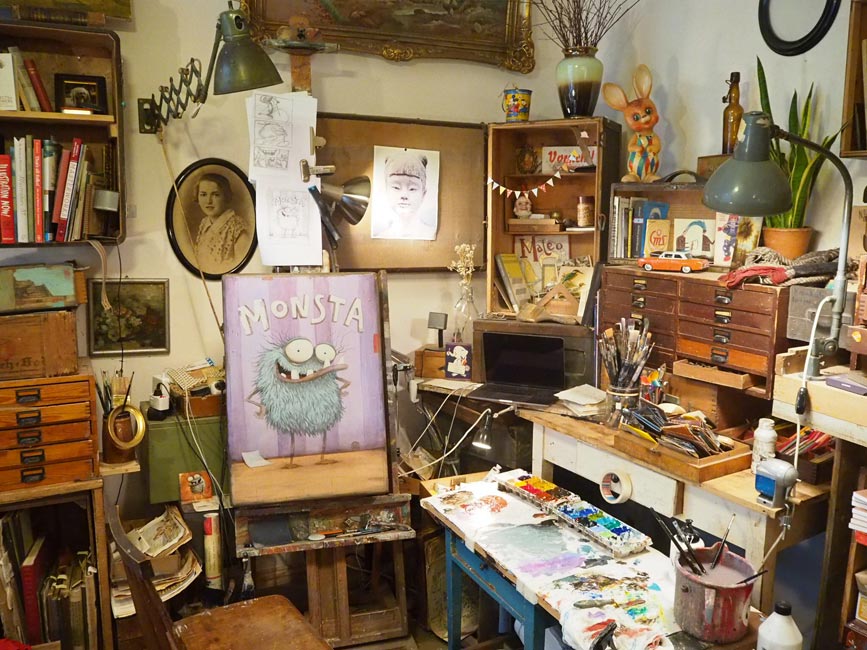 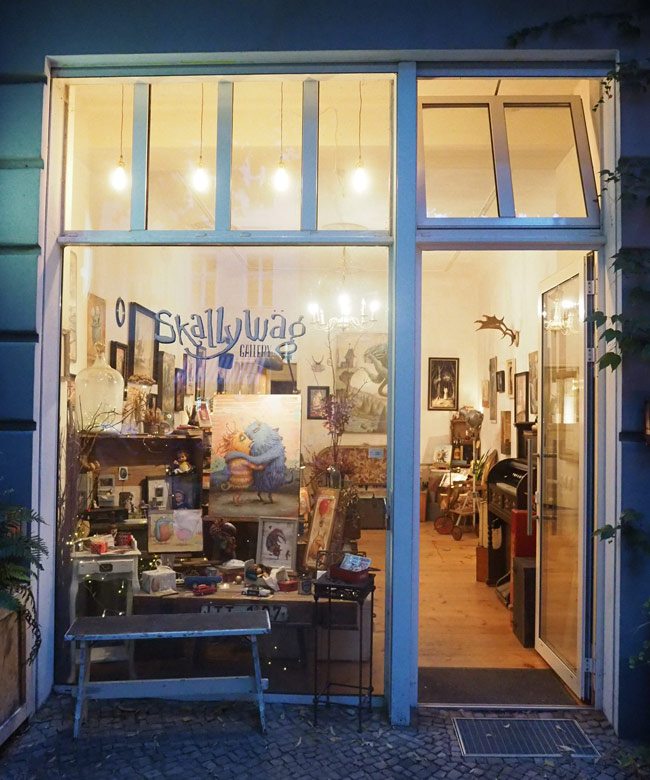 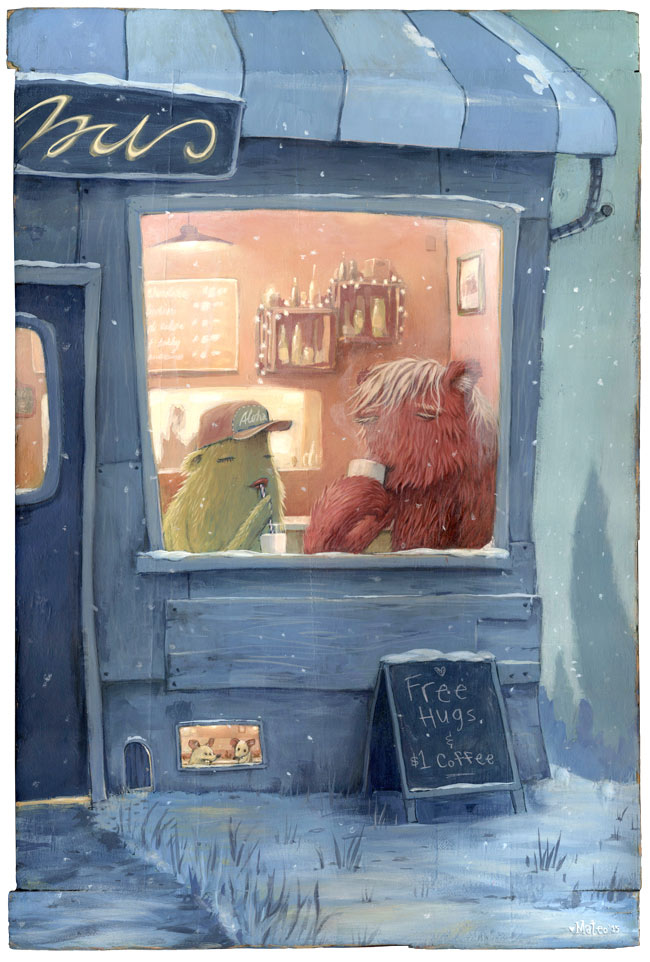 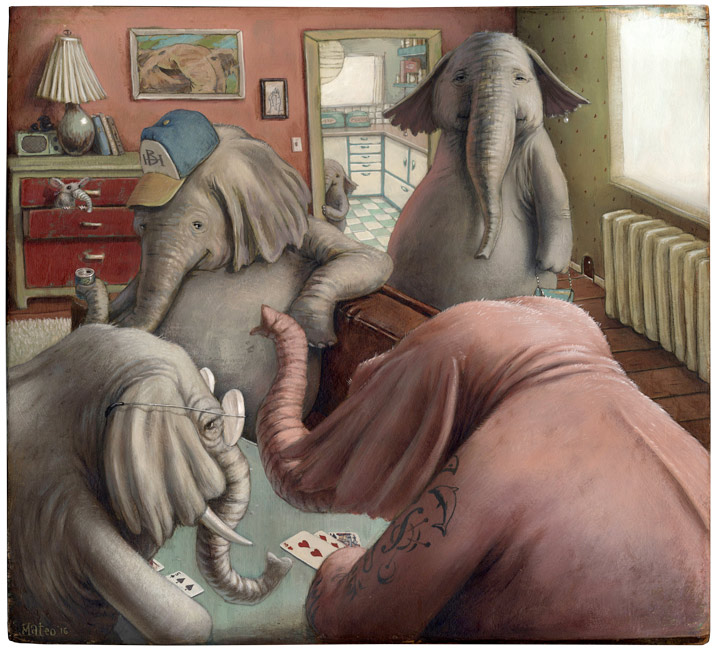 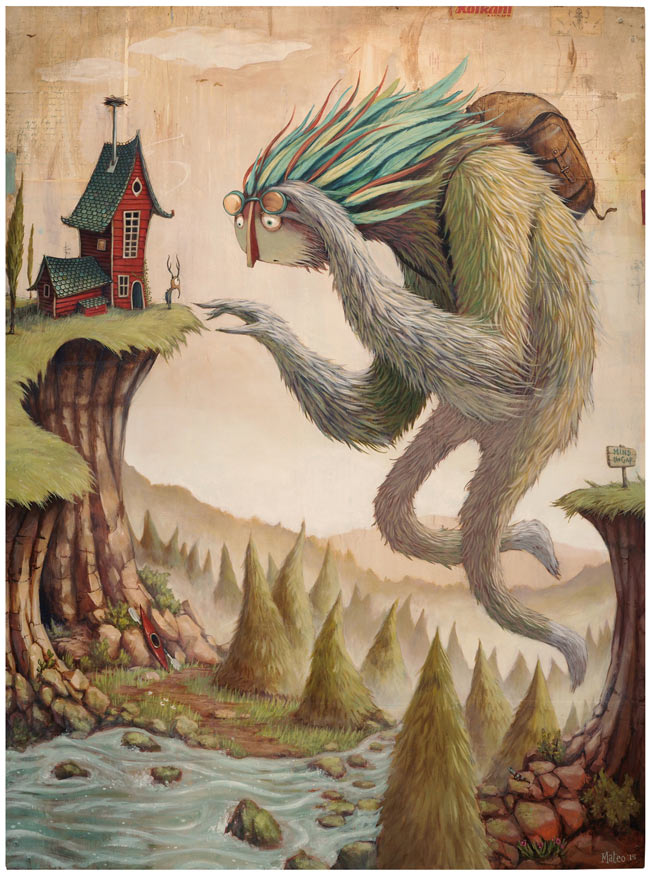 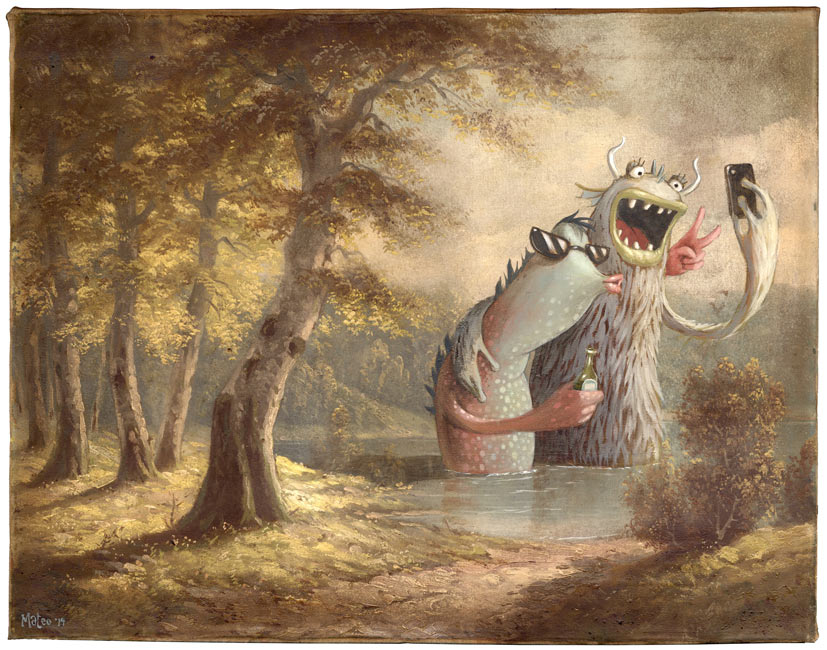 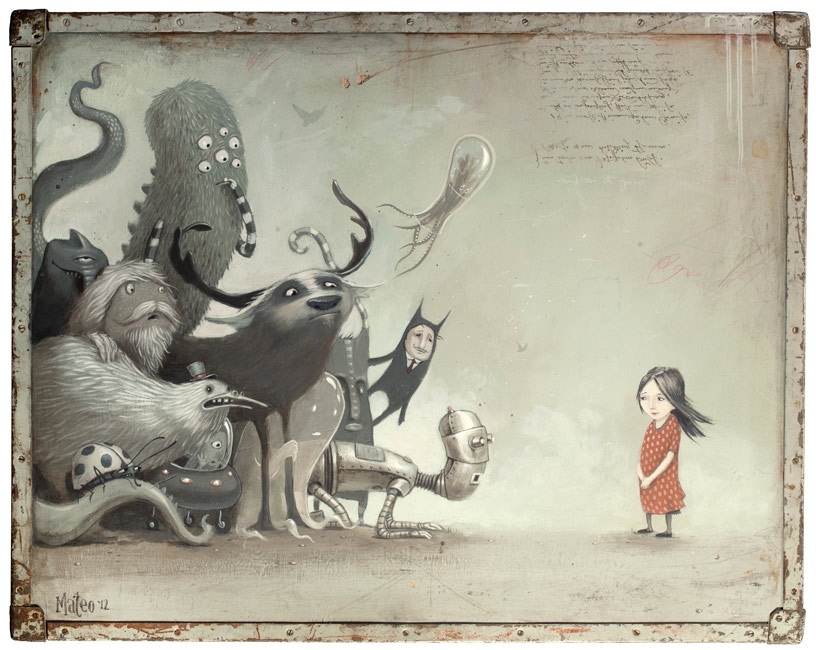 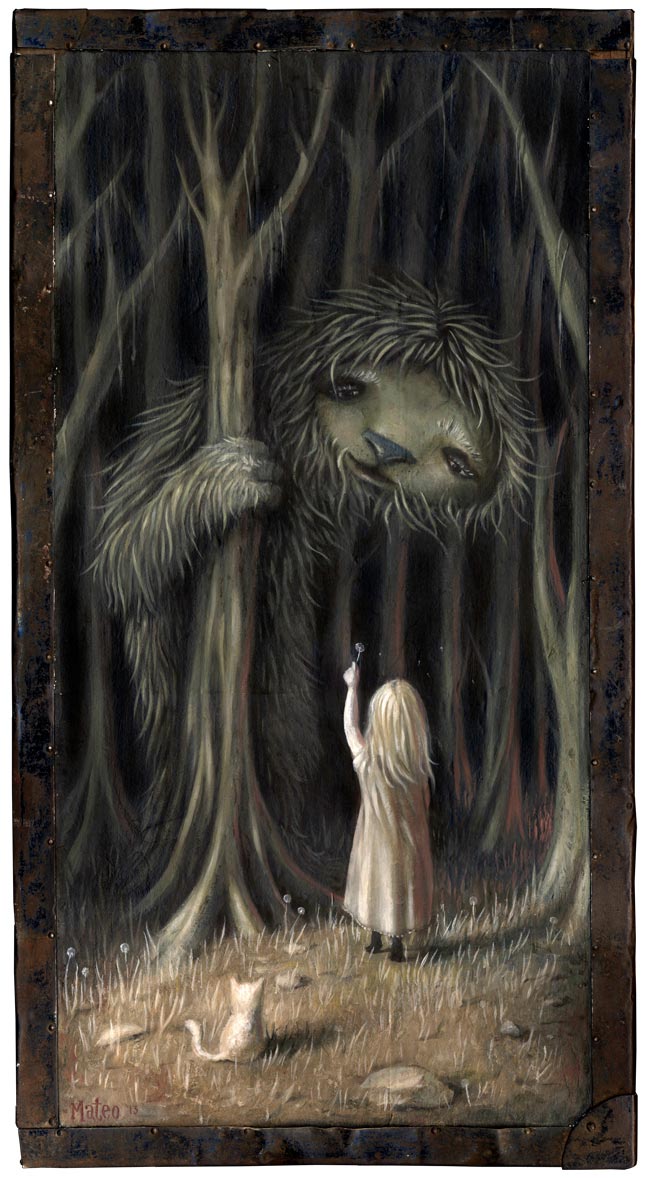 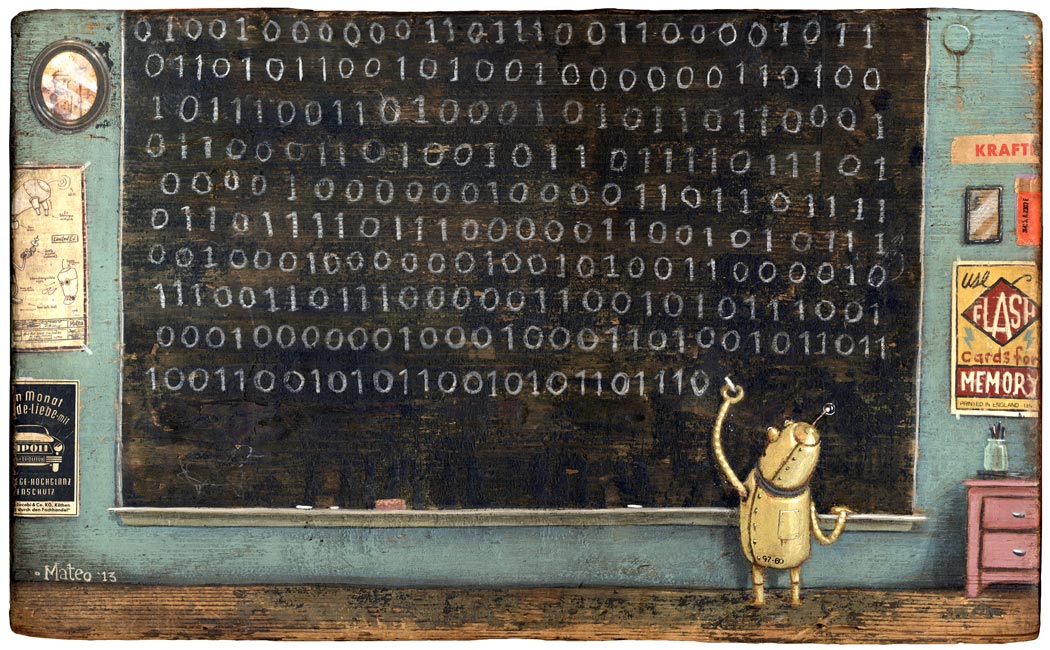