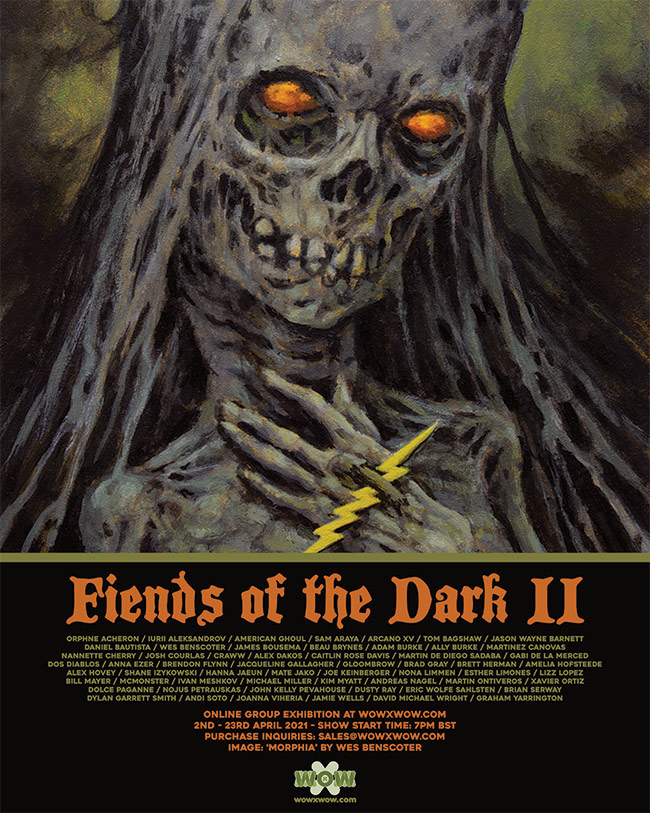 WOW x WOW Gallery proudly presents Fiends of the Dark II, our second annual group exhibition dedicated to the Dark Art movement. Opening on wowxwow.com at 7pm BST on 2nd April and running until 23th April, the exhibition features over 50 incredible international artists and consists of more than 60 fabulous artworks.

Whether offering a means of fantastical escapism, providing forms of cathartic expression, or reflecting personal and societal concerns, Dark Artists get right to the heart of issues which tap into those innate feelings and base emotions that connect humanity as a whole. With these assets at its core, Dark Art has the power to resonate, comfort, stimulate and challenge during even the most difficult times. WOW x WOW invites you to join us, as we commune with ‘Fiends of the Dark’.

As always, we’d really appreciate you spreading the word to anyone that you think might be interested in the exhibition. We’re super excited about the work we’ve received for Fiends of the Dark II, and we hope that you enjoy the show!