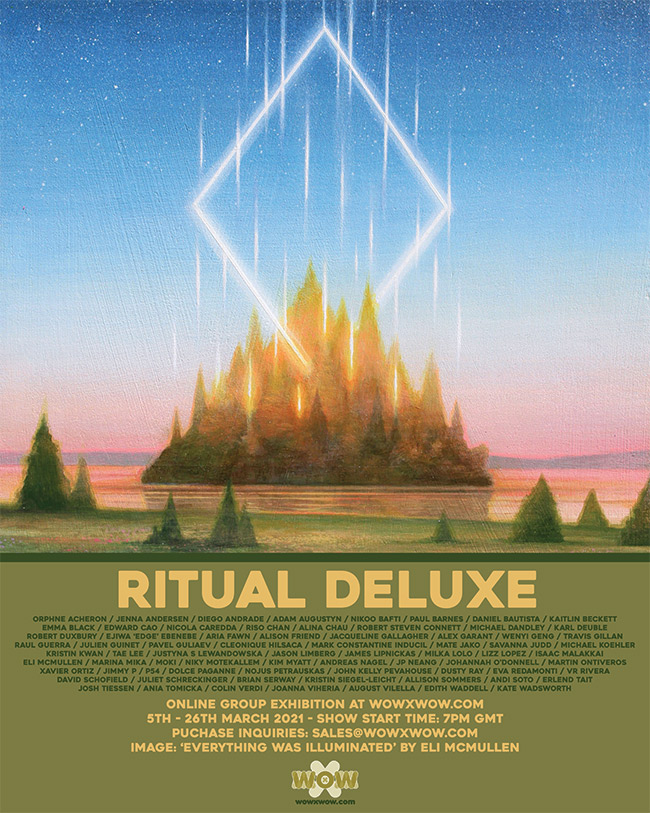 The majority of creatives develop aspects of ritualistic behaviour in their daily lives. Creativity, like most human endeavours, requires development and nurturing, so in order to gain the skills and expertise to push forward, practice becomes paramount. And, for those creatives dedicated to their craft, practice becomes a habitual enterprise. Many creative pursuits also have the tendency to become messy, so a supportive structure is usually a necessity required to prevent everything spiralling into chaos. These supportive systems often involve carefully executed organisation and preparation, which can become their own deeply rewarding rituals, as the states of immersion that result from habit truly assist the flow of creativity. And, while the ideal balance between repetition and spontaneity will be different for everyone, through keen listening and refinement, we can achieve the ‘Ritual Deluxe’.

As always, we’d really appreciate you spreading the word to anyone that you think might be interested in the exhibition. We’re super excited about the work we’ve received for Ritual Deluxe, and we hope that you enjoy the show!

Flyer image: ‘Everything was Illuminated’ by Eli McMullen.