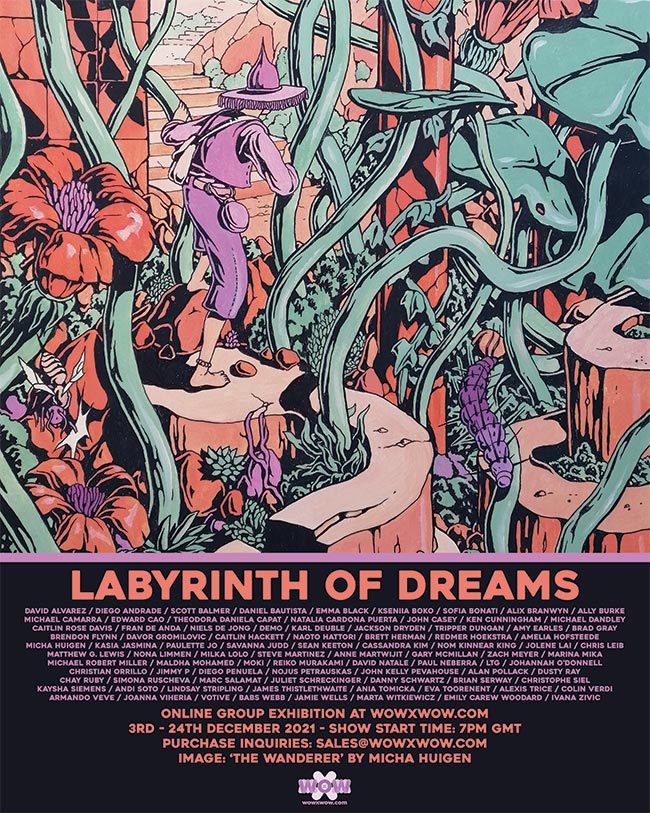 The creation of a work of art very rarely occurs in a straight line. The path is often a labyrinthine journey of tangled thoughts, decisions and emotions that frequently arrive at dead ends, leaving the creator with the only option of backing up and trying again. The final destination of the creative process is one that culminates in the creation of a piece, that the artist can call finished and be proud of. It must measure up to the internal image that projects itself on the mind’s eye, as clear and as vivid as those of our dreams. However, once fully realised and the artwork complete, taking pleasure from the journey and utilising what has been learned along the way, are equally important aspects of the endeavour as basking in the glory and satisfaction of reaching the finish line. There is wealth of riches to be earned from the trials and tribulations of navigating the ‘Labyrinth of Dreams’.

As always, we’d really appreciate you spreading the word to anyone that you think might be interested in the exhibition. We’re super excited about the work we’ve received for Labyrinth of Dreams, and we hope that you enjoy the show!