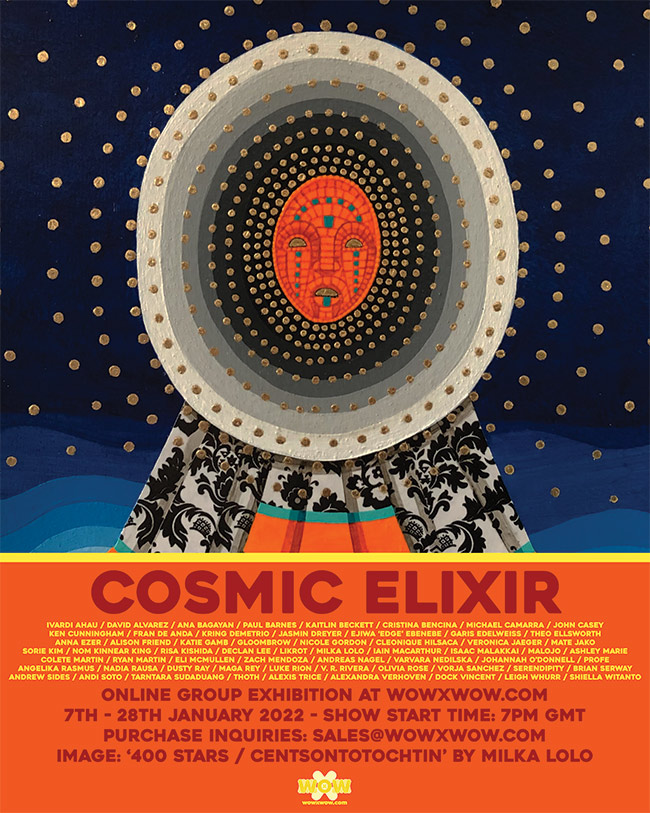 Cosmic: [adjective] of or relating to the cosmos rather than to the earth alone.

Elixir: [noun] a substance, with a magical power to cure, improve, or preserve something.

During productive periods, the inspiration required for creativity is often in abundance, while at other, more challenging times, can be utterly elusive. It is of vital importance for an artist to engage in stimulating pursuits, the kind that encourage and develop inspiring thoughts and ideas. Imposing limitations on the creative process might suit some individuals, however, when it comes to setting oneself up for the reception of inspiration, it would be safe to say that limitations are barriers, not passageways. Therefore, we must remain open to everything the universe has to offer, and whenever possible, tap into the power and wonder of the ‘Cosmic Elixir’.

As always, we’d really appreciate you spreading the word to anyone that you think might be interested in the exhibition. We’re super excited about the work we’ve received for Cosmic Elixir, and we hope that you enjoy the show!