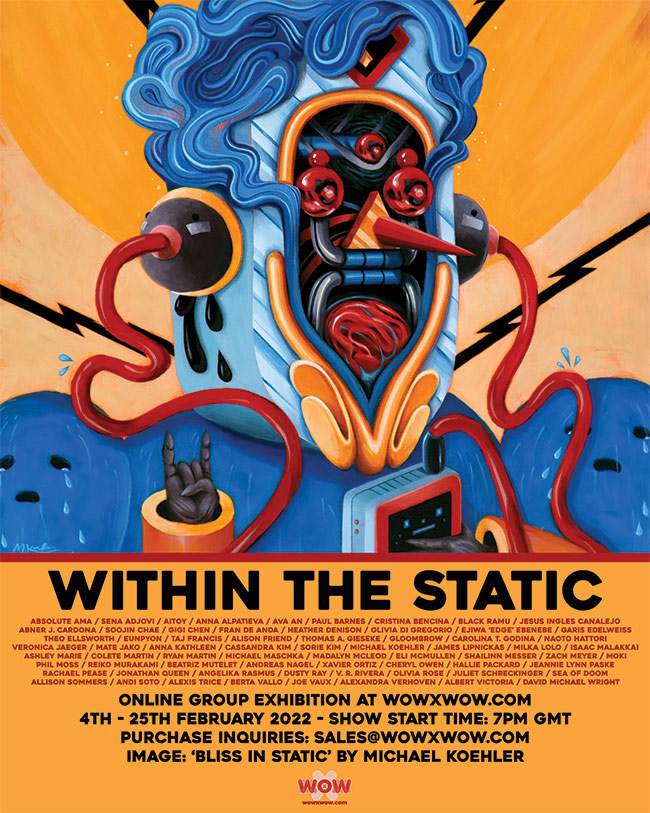 We live in an age of increasingly pervasive technology, where many of us spend our waking lives plugged into one device or another. An almost infinite volume of information and entertainment is constantly available at our fingertips. This staggering plethora of media may sound like a never-ending source of inspiration and the answer to all of an artist’s prayers. However, the sheer profusion of stimuli and everything continually competing for our time and attention, can lead to over stimulation, which can actually hinder creativity. It takes discipline and focus to cut through the relentless bombardment and zero in on what truly fires up our imaginations. We must prioritise our own thoughts, tune into our own frequencies and listen out for those most inspiring signals from ‘Within the Static’.

As always, we’d really appreciate you spreading the word to anyone that you think might be interested in the exhibition. We’re super excited about the work we’ve received for Within the Static, and we hope that you enjoy the show!