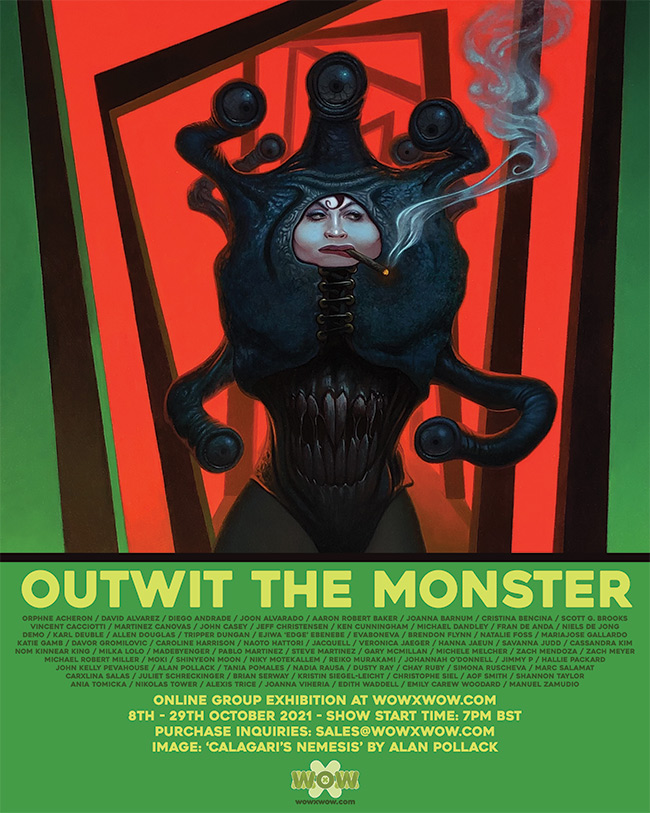 One of the biggest fears and challenges that faces every creative at one time or another, is the creative block. Reasons for the rising of these barriers to inspiration are numerous and include the fear of imperfection; physical and mental exhaustion; the pressures of a deadline; an existential crisis; etc. Diagnosing the cause of a creative slump may make it easier to break through it, however, building up an arsenal of techniques to combat or prevent this dreaded condition is well worth the effort. What works best for each individual on each separate occasion is going to be entirely personal and tailored to the circumstances, although some tried and tested jump starts are, changing routines; getting outdoors; engaging in monotonous tasks; allowing yourself to fail; talking to other creatives; just turning up (in other words, not waiting for inspiration to strike before starting work). This exhibition is in honour of every creative who has battled with the wild beast and managed to ‘Outwit the Monster’.

As always, we’d really appreciate you spreading the word to anyone that you think might be interested in the exhibition. We’re super excited about the work we’ve received for Outwit the Monster, and we hope that you enjoy the show!