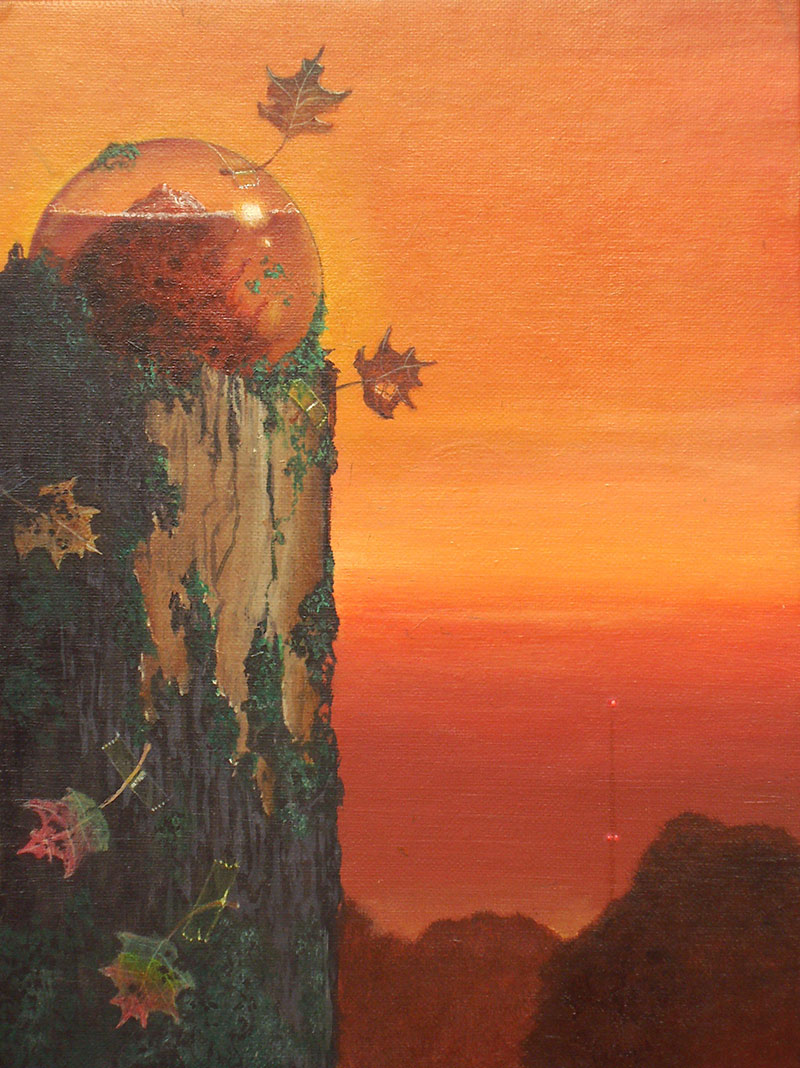 When viewing the poignant and evocative surrealistic imagery of artist Danny Malboeuf, we are encouraged to leave rational thought outside the frame and immerse ourselves fully in the mysterious beauty that unfolds within it. Siting music and literature as his most important sources of inspiration, Malboeuf’s dreamlike imaginings capture the essence of the greatest examples of these genres, in that they carry us away to lands unknown and provide the wherewithal that enables us to make those lands our own. Enveloped in ambiguity, the profoundly symbolic narratives Malboeuf enjoys exploring are not often on the brighter side of the spectrum, as he traverses treacherous themes involving horror, religion, sexuality, technology and the future of humanity; this however does not preclude him from imbuing his creations with such incredible intelligence and sensitivity, that allows them to transcend the decaying darkness and occupy the realms of enchanting and timeless visions.

Danny Malboeuf was born in 1960. He is a self-taught visual artist and musician from Statesville, North Carolina and often works under the pseudonym ‘kolaboy’. Danny’s work became widely appreciated online via his profile on the DeviantArt website, where he now holds Senior Member status. He has exhibited his art far and wide.

WOW x WOW is both humbled and honoured to be featuring two fantastic works by Danny in our current ‘Lightning Bolts & Little Sparks’ show. ‘The Inmost Light’ and ‘Molech’ are prime examples of Danny’s captivating drawing and painting skills. Read the following exclusive interview to get a deeper insight into artist behind the imagery. 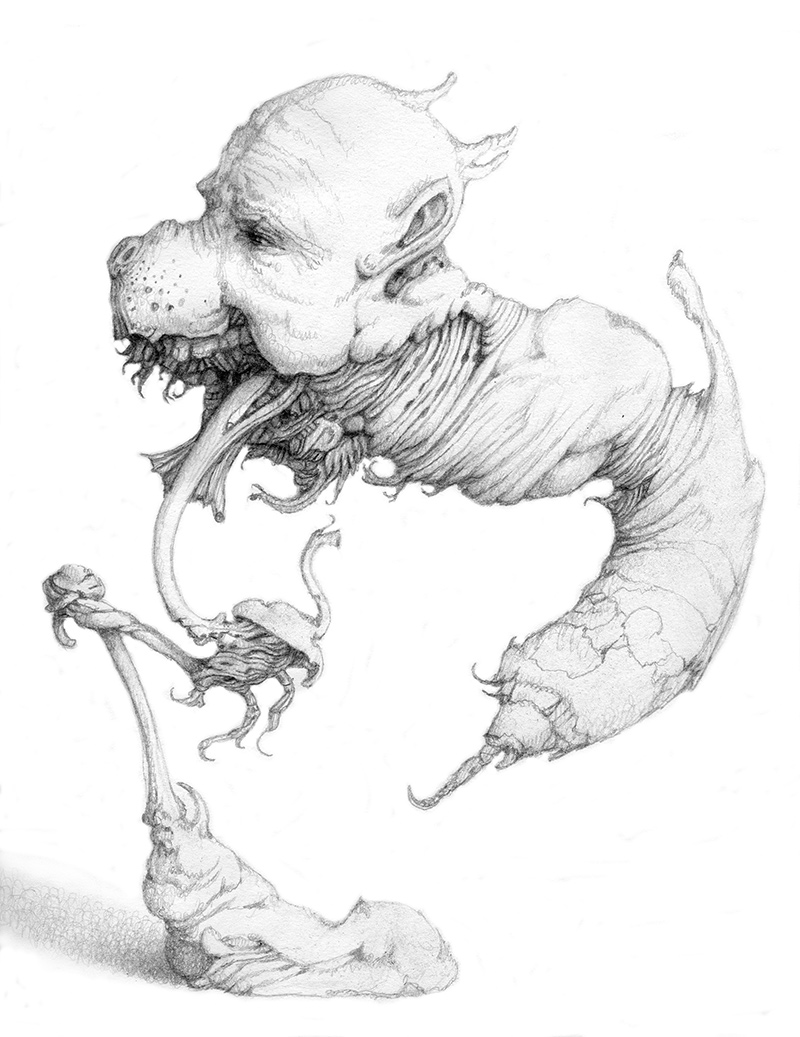 Hi Danny, thanks very much for making the time to have a chat, we really appreciate it. To get us started, can you give us some background on what has lead you to this point in your professional life, be it your formal training, hard work, serendipity, etc.?

Well thank you for asking me to participate. No formal training; plenty of hard work. I had always felt ‘it’ inside of me, but getting to the point where you can begin to express adequately what you feel is a never ending journey.

My father was a musician and my mother painted, so it was definitely an environment where creativity and individuality were encouraged. My allergies kept me indoors a great deal of the time so I tended to gravitate toward solitary pursuits. There were always books, and music; and when the pollen permitted I enjoyed long walks in the forest. There was a cemetery near my grandparents house where I would spend hours reading the inscriptions and wondering about the lives that were led by the people who were buried there. I still remember a child’s stone – white marble with a lamb carved on the top – with the inscription “Darling, we miss thee…”

I’ve always loved the atmosphere of a small cemetery. Not because of any death – obsession or ‘Gothic’ associations, but rather the melancholy of realizing one’s own end. In this world, at any rate. 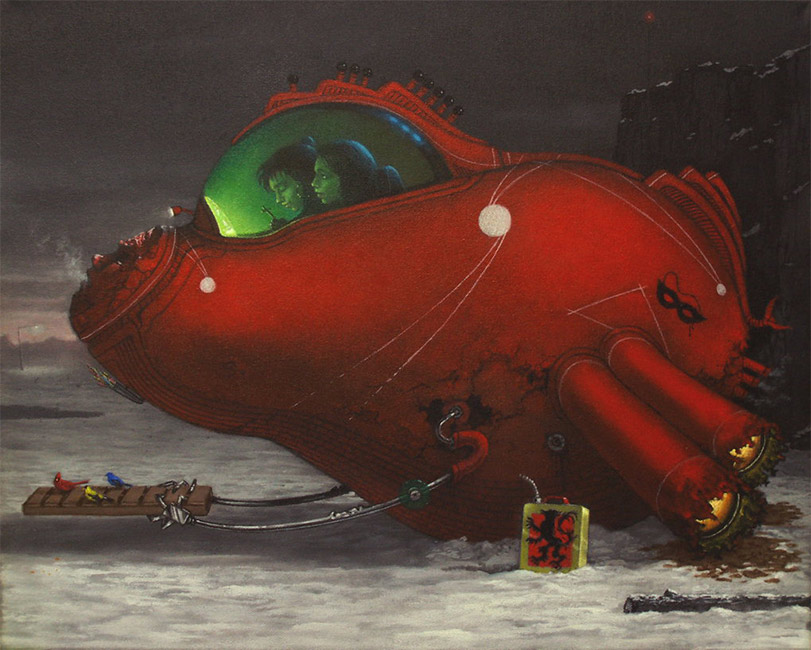 You have stated that literature and music are largely responsible for your greatest inspirations. With words and sound both being non visual, your imagination is the vital medium through which the thoughts triggered by these stimuli become a tangible, visual image. Firstly, could you talk to us about your imagination, its role in your art and how you’ve nurtured and developed it through the years? Secondly, we’d love to hear you discuss a couple of your favourite texts or albums; those which you’ve returned too many times and that keep on giving.

Imagination has to be taken to the point where it can function independently of rational thought. I learned this at an early age, flipping though the pages of books and magazines while listening to music. I found that different types of music seemed to infuse the images on the page with very different meaning. I am blessed in that I never allowed rationality to interfere with whatever meaning was conjured up in that manner. When it comes to creative pursuits music has always been the primary instigator with me. Literature also, but to a slightly lesser degree (it’s effect being for the most part cumulative rather than immediate). 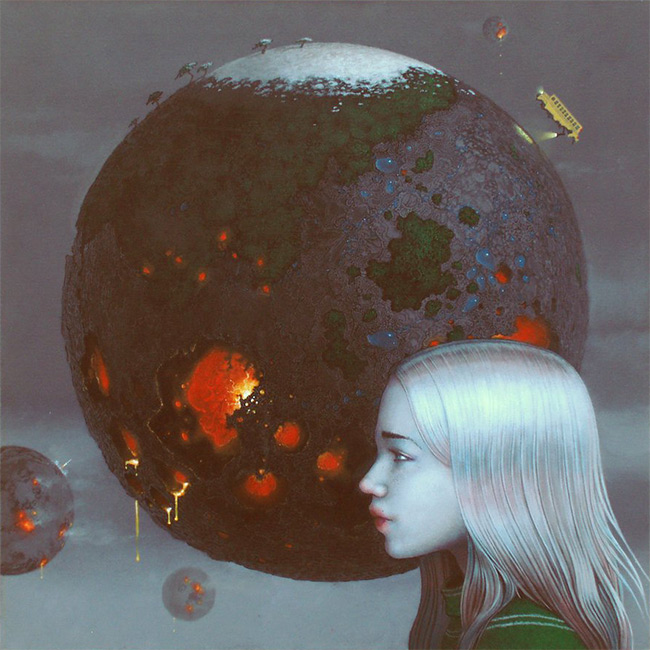 As far as particulars go, I could list many…

I’ve no idea what the composer’s intent was, but I find these pieces evocative of a childhood that seemed to exist on the periphery of my own. Can’t really explain it any more clearly than that.

At the time I purchased this album I’d been reading a great deal about the Marquis De Sade, and the 15th century monk Girolamo Savonarola. The album – for me – seemed to be a meeting of the two. Of good and evil coexisting. Beauty and ugliness that orbit one another, pivoting round an uneasy handclasp.

When I was between the ages of 3 and 5 I would ‘see’ things that I only have the vaguest memory of now. This novella by Machen seemed to bring back the outlines of those visions (for want of a better term) to my consciousness. Or at least the feelings that they impressed upon me.

Our journey is solitary and nothing is as it appears to be. I would also cite HPL’s ‘The Tomb’ (first Lovecraft story I ever read). I felt some kinship with that story’s protagonist. 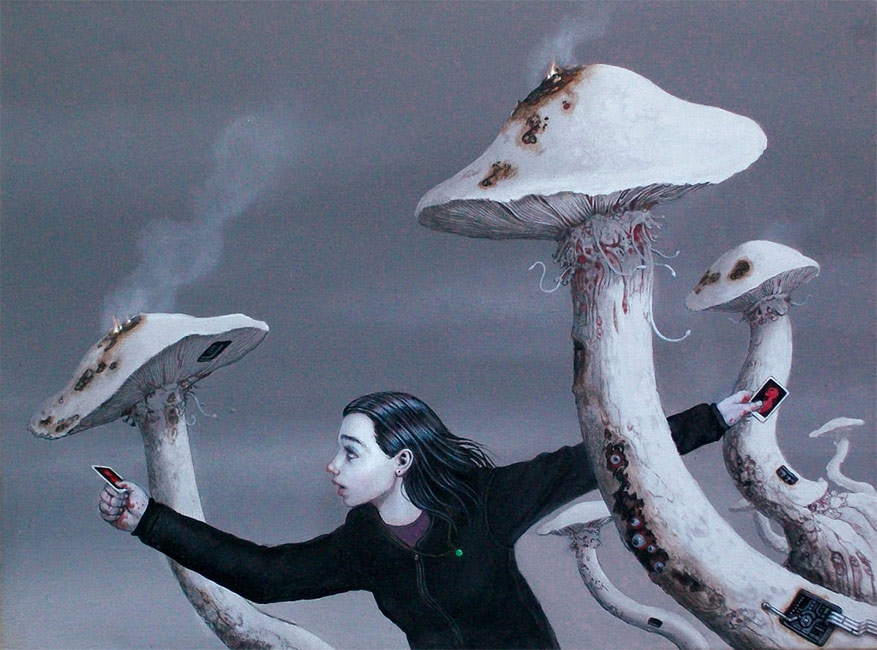 Your imagery consists of a combination of surreal and symbolic narratives which point towards the darker side of the human condition. Please talk to us about the themes which are currently of most interest to you and which you find yourself returning to the exploration of through your painting.

I love imagery that is evocative without being definitive. In a cursed world, beauty is the most fragile thing. That it can exist – even if only for a moment – is a miracle in itself. I’m also fascinated with humanity’s conception of itself as basically good, when in fact it’s nothing of the sort. Generally speaking we’re good when it’s convenient, not because we naturally gravitate towards virtue.

That aside, whatever is conjured by the impressions of music or any other influence, can undergo radical change before a piece is finished. I never know how it will end. It would be pointless if I did. 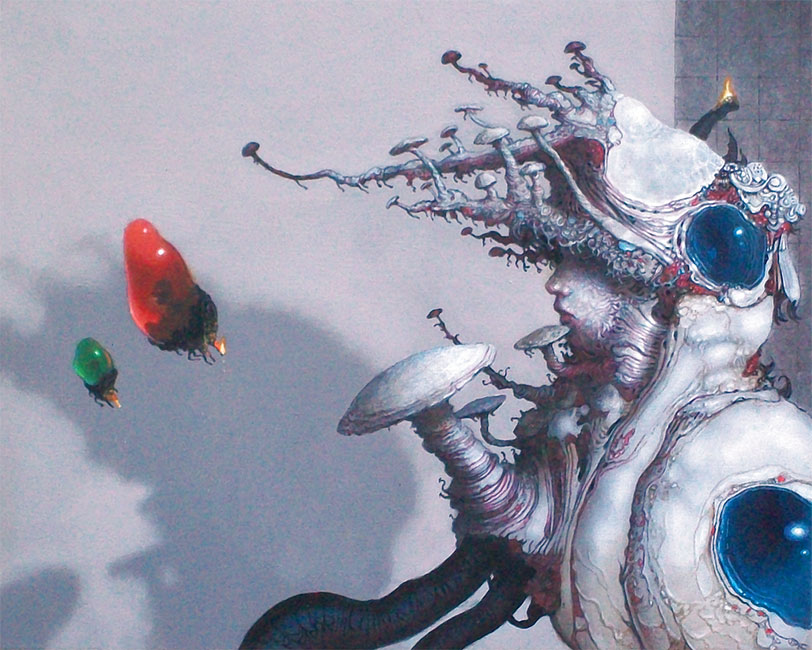 What role does history play in your art making? You can take that to mean both personal and learned.

Personal history is everything. Learned history is there, but ideally of little consequence. If I have to reinvent the wheel I suppose I will. It may turn out square, but there you are.

There have been several things/images (recurring) that some years later revealed themselves to me in their true guise and I was surprised to say the least. However I’d rather not reveal anything regarding that, and must offer up my apologies for not doing so. I think definitive statements detract from the universality of an image, while the mystery of the unknown certainly does not. I’m still learning as I go; the problem being that there are more ideas than there are years. 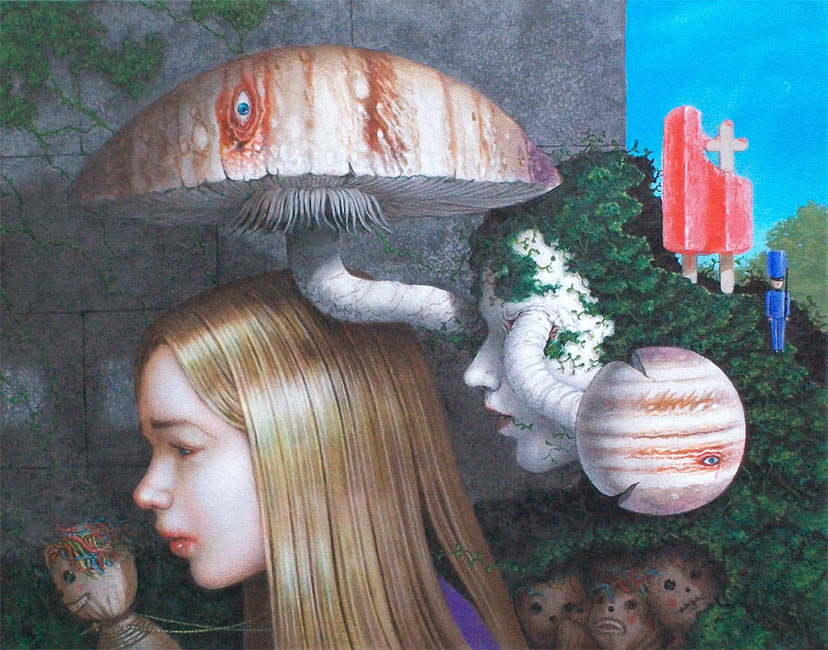 Where does your focus lie when you’re painting?

There’s not really a conscious focus. The mind rests and intuition takes the lead.

What is your relationship with art history? Do you feel that it’s important for an artist to have an understanding of what has gone before them?

It’s vastly important. It’s a huge shadow that one never extricates oneself from completely. I love whom I love and hate whom I hate. There is no middle ground. Raphael, Caravaggio, Ingres, Moreau, Böcklin, Delville are among the immortals. Those like cezanne are fit for nothing but the dunghill, and should be forgotten. 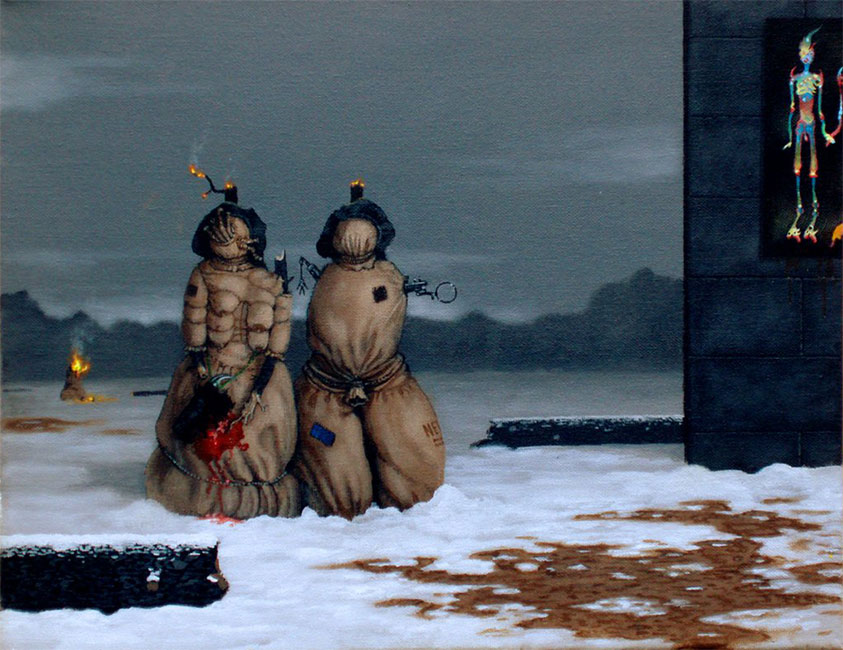 What do you believe your role is as a contemporary artist?

Waking up on a summer morning when I was about 6 and hearing the wind in a poplar tree outside my window, and thinking how it sounded like waves crashing on a beach. I had been dreaming of an ocean in the field next to our house; an ocean whose waters were violent at noon and peaceful at midnight… 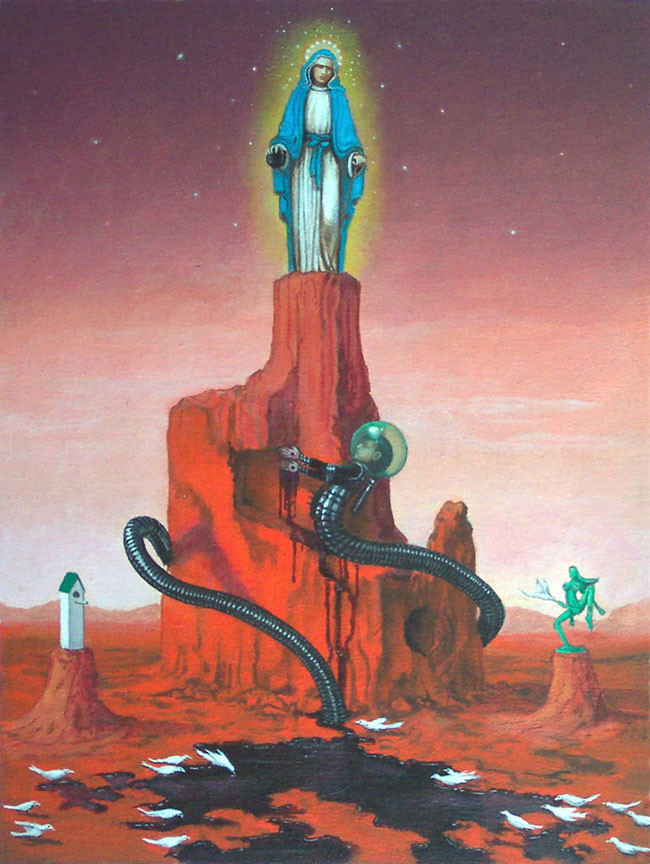 What do you regard as the biggest motivator for you to get up every day and make art and has this changed in any way over the years?

It’s what I was created to do. The same way an orange tree make oranges. It only changes when you die.

Generally speaking I wouldn’t. I’d be too worried about it being stolen or damaged. That said, I’d love to own Caravaggio’s painting ‘Saint Matthew and the Angel’ – which was unfortunately destroyed during World War II. The angel is beautiful, especially her right hand…

What’s next for Danny Malboeuf?

The same – except more of it. 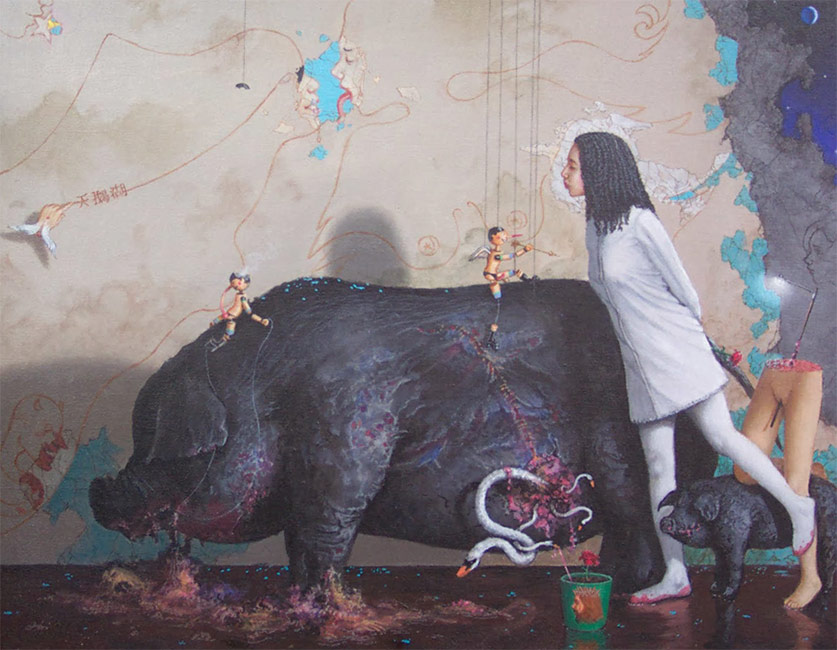 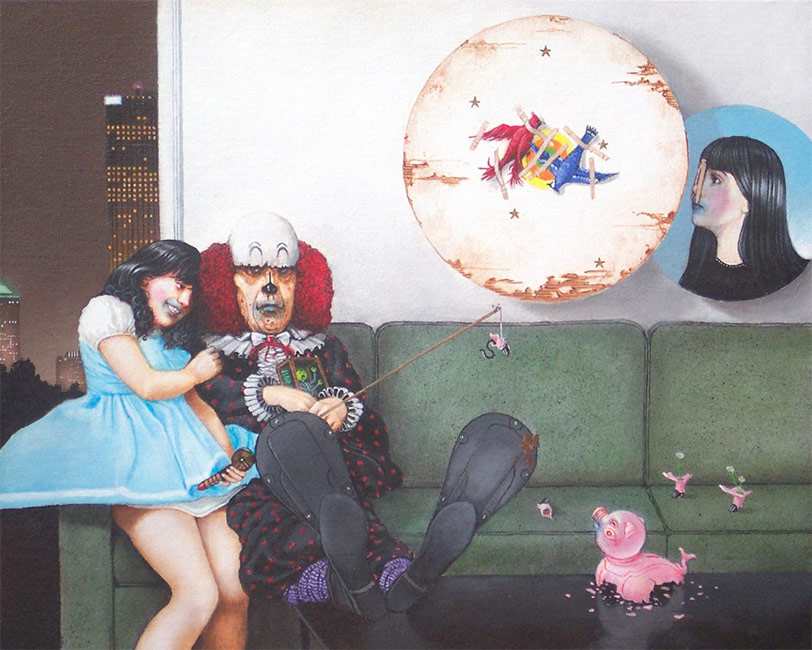 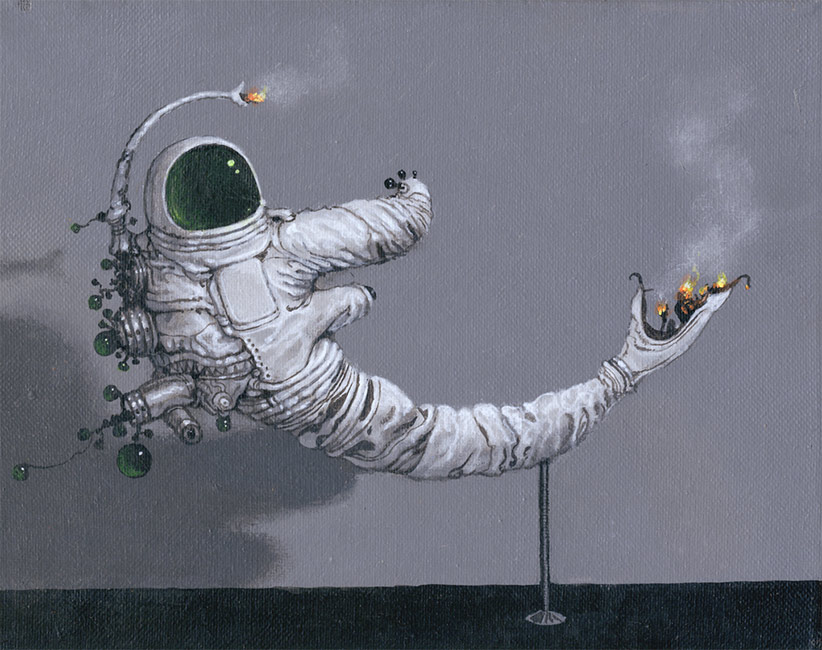 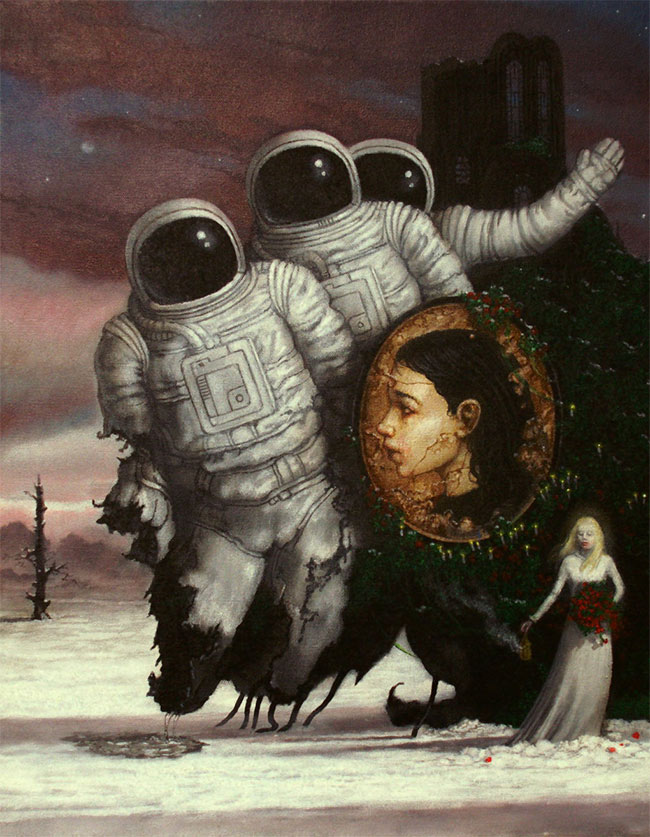 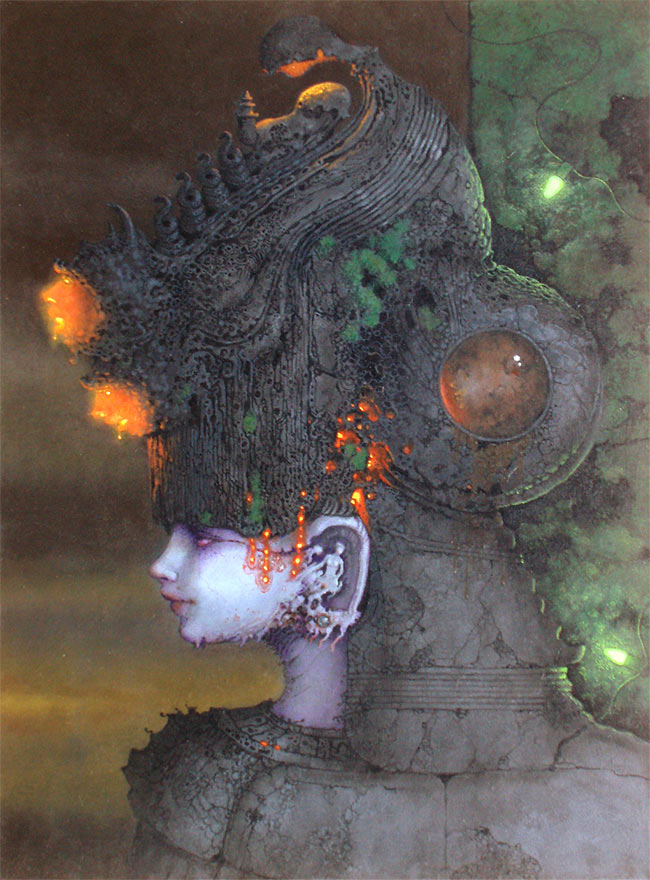 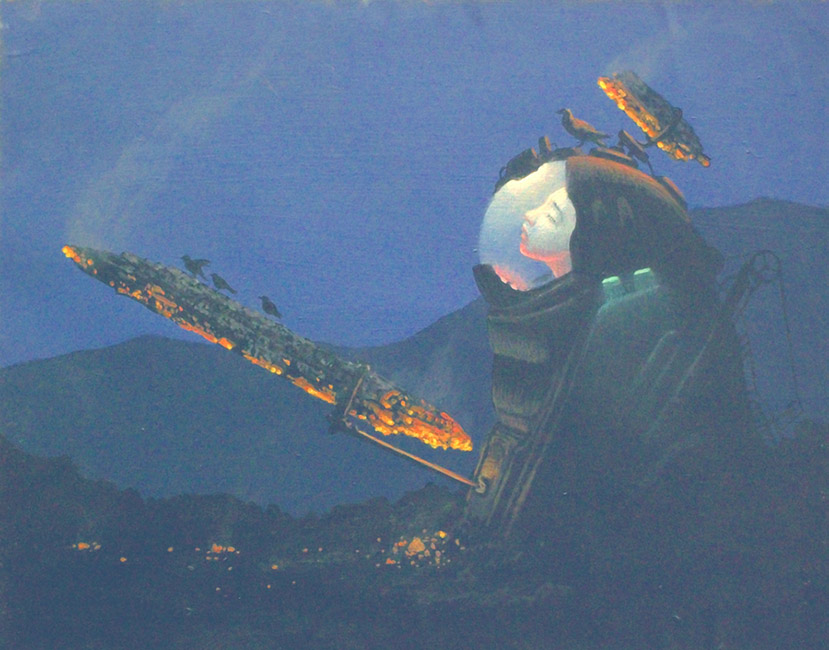 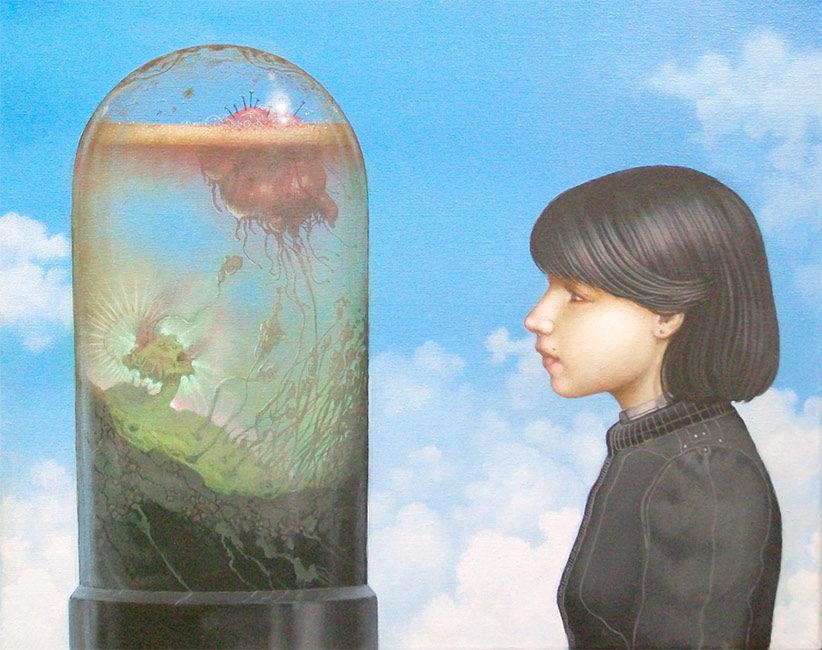 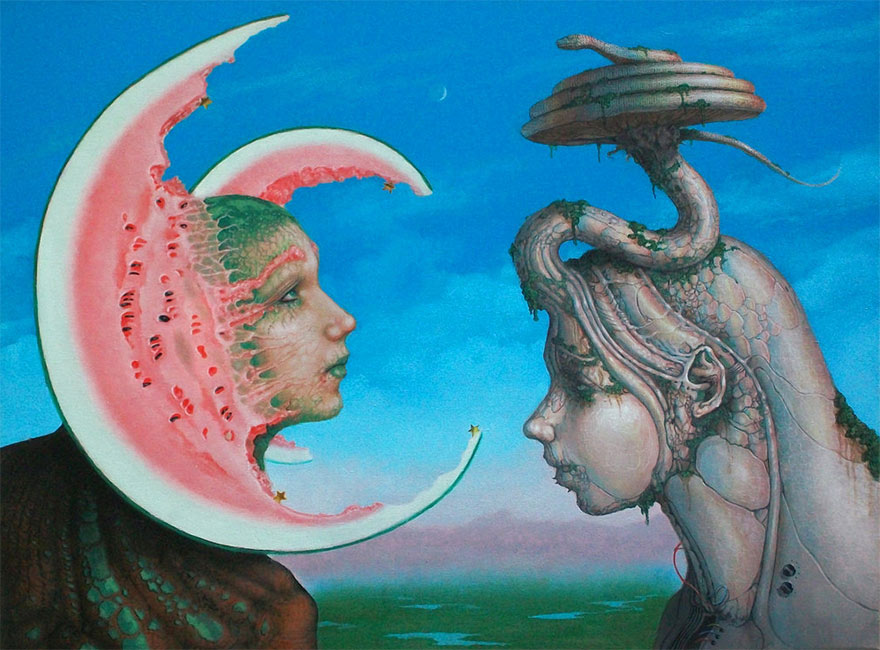 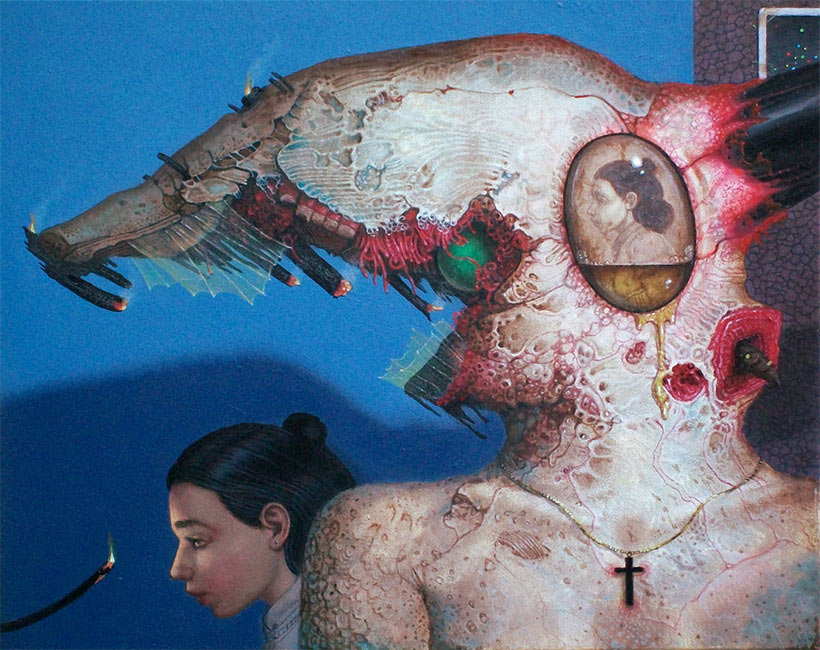 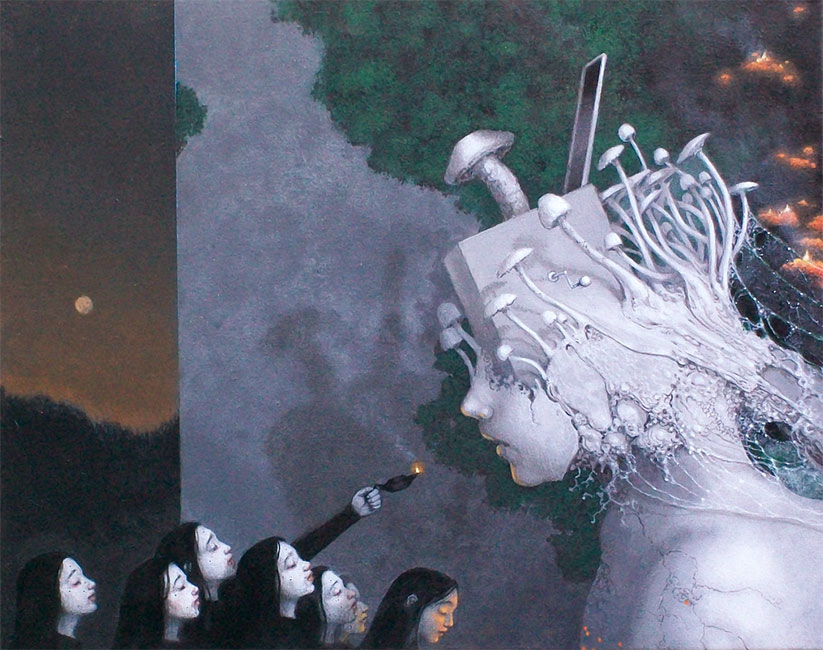 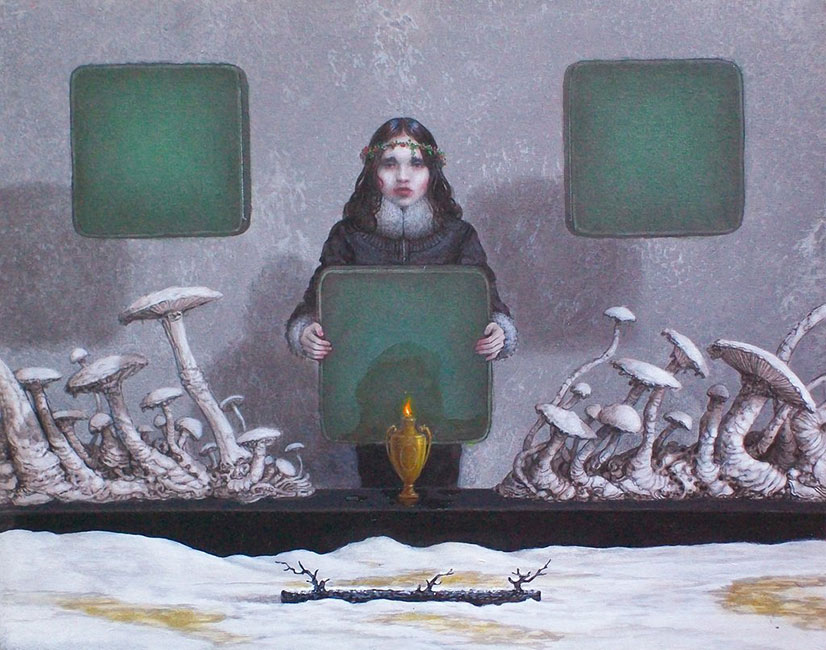 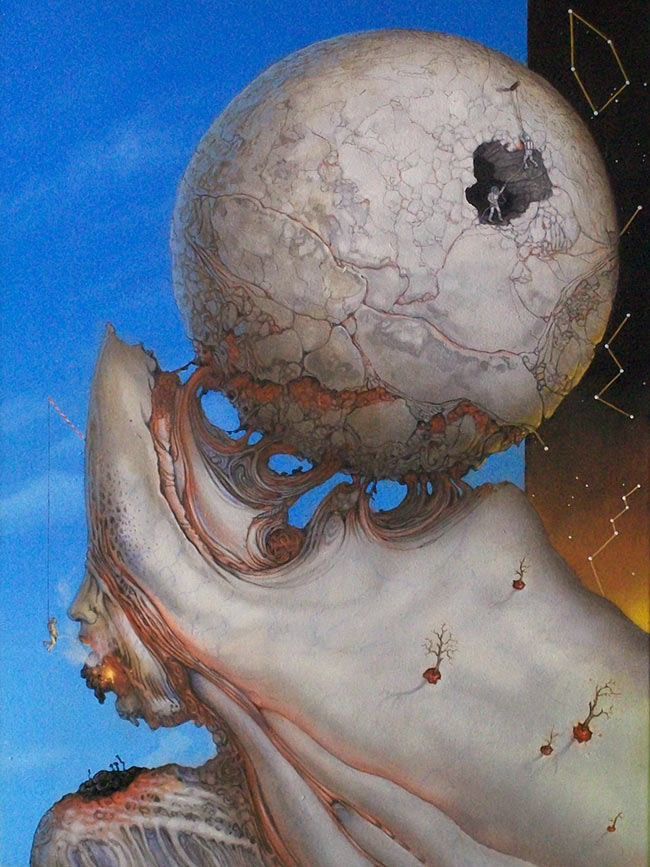 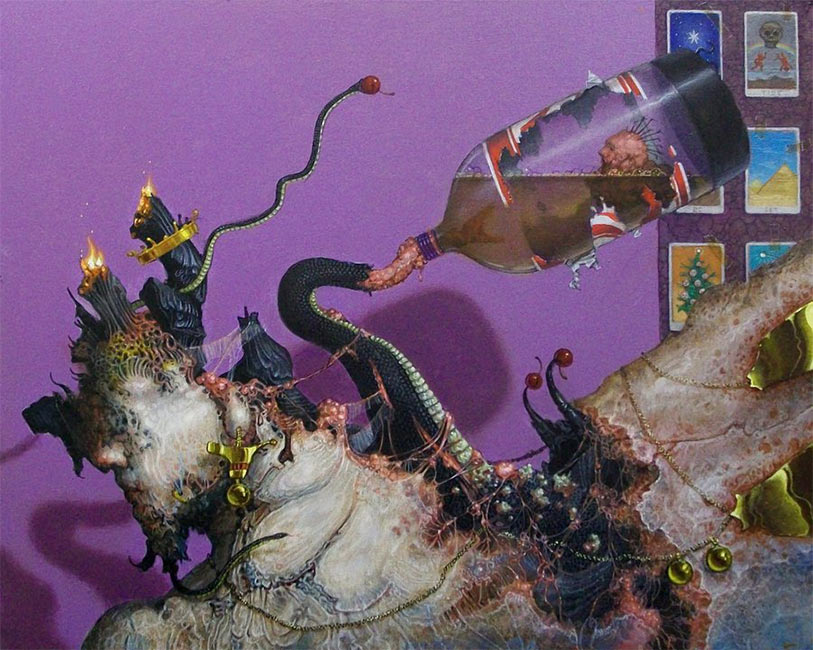 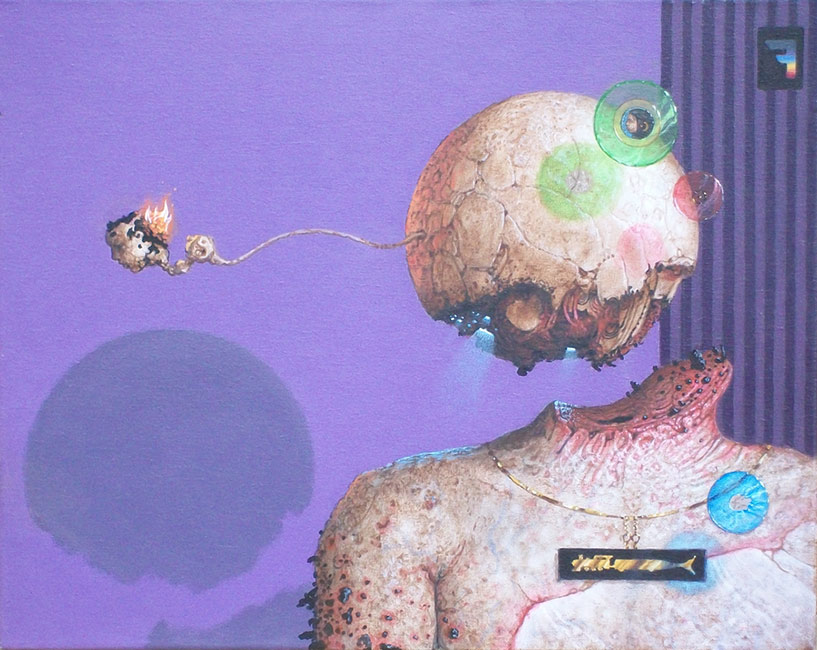 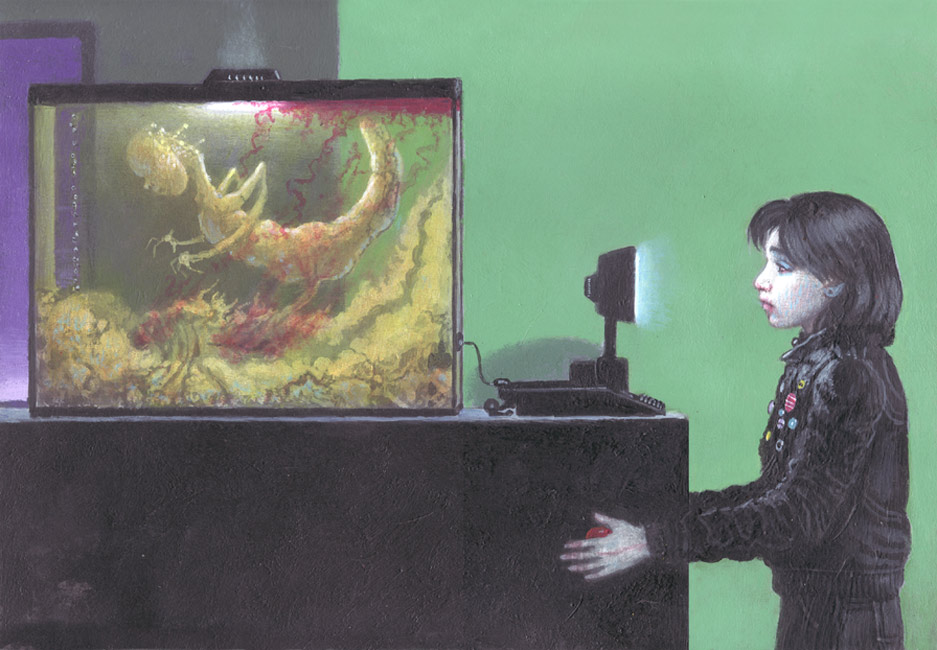 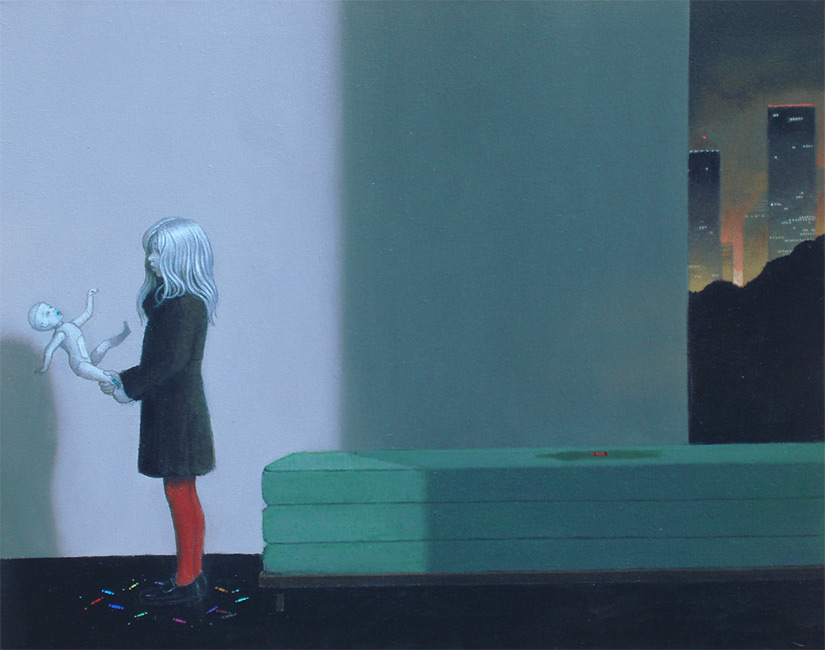