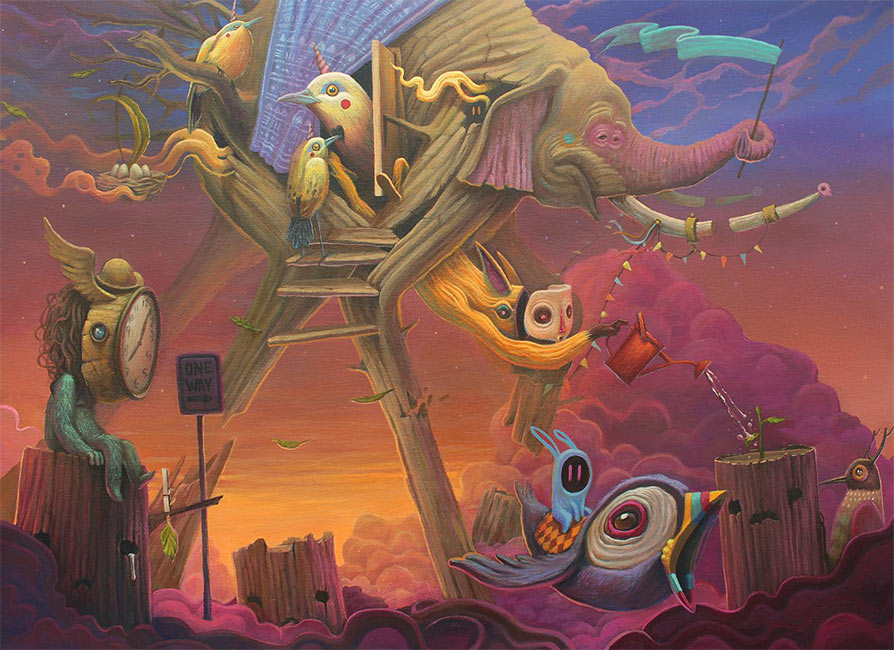 As a child, Antonio Segura Donat (Dulk) helped his father to feed the birds they reared at their home. He loved watching the fledglings and seeing them grow, as well as the fish, dogs, and horses that lived on the property. When he wasn’t out and about, he copied illustrations of exotic animals that he found in his parents’ collection of old encyclopedias. And he took his sketchbook with him everywhere from then on. At the age of eighteen, a close friend persuaded him to tackle the walls of the city and suggested he take the pseudonym of Dulk. He then started a diploma in economics, but dropped out in the first year to study illustration then graphic design at the University of Valencia. Today, Dulk is an all-purpose artist. Between urban art, drawing, painting, sculpture or advertisement, each medium is a challenge that he takes up with pleasure and determination. He has participated in a lot of group shows around the world in cities such as Vancouver, Miami, New York, Brussels, Paris or Chicago. Always looking at things from the same innocent viewpoint that he is so fond of – that of a child – the artist creates tragi-comic animal themed works in organic colours. His world is a surrealistic landscape full of imaginary details, rising up in factions against humans. Maybe they are wanting to warn us of Earth’s bleak future following an environmental catastrophe.

“I have always focused my work on the analysis of the conceptual development of the morphology of the wildlife. Right now I find myself in a stage where I am analyzing the situation in which these inhabitants of the planet are found, of whom we feel owners for no reason at all. I am not focused 100 percent on being an environmental advocate, it simply arises from within me, but not as a manifestation, it is simply a subliminal message within my work.

The constant environmental threat is present in my work. The representation of threatened animals and alteration of climate change in their natural habitats is something that fascinates me, and studying that could happen in the future works as an advertisement of something that is on the way. I recognize that my works are not made for a purpose, but if they can work as a critic to a very near future that we can still retouch, then it’s better for everyone.” – Dulk (Street Art United States) 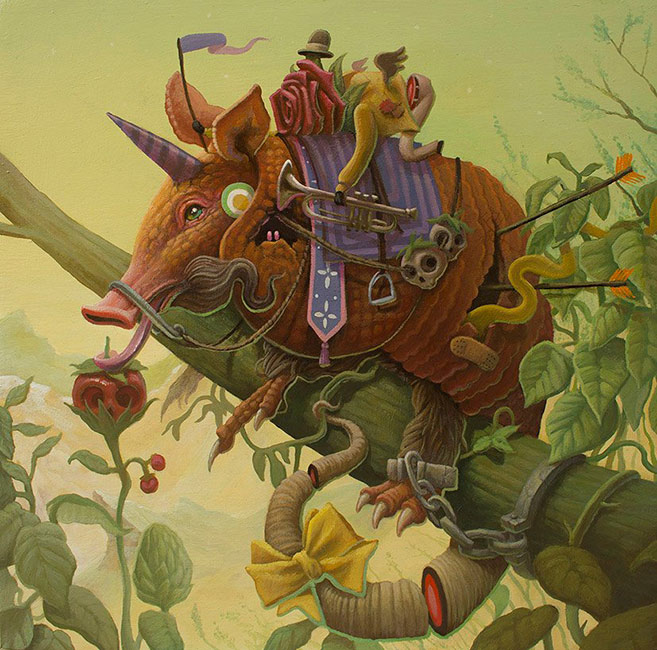 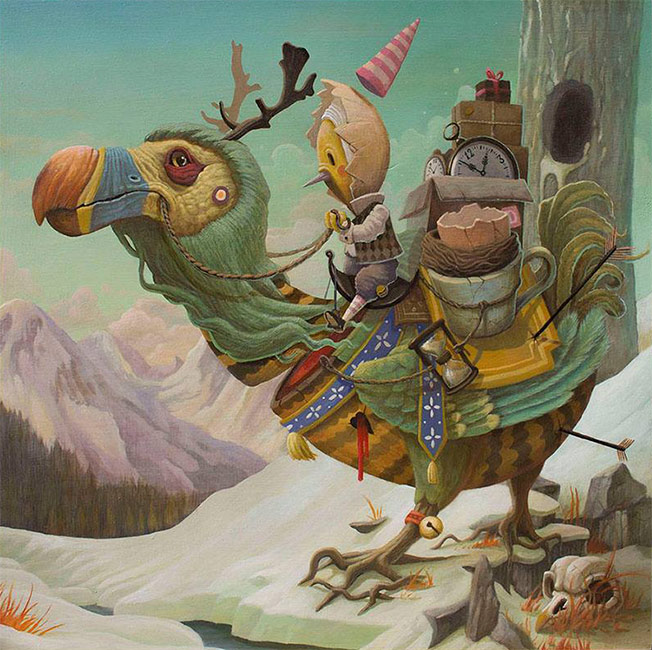 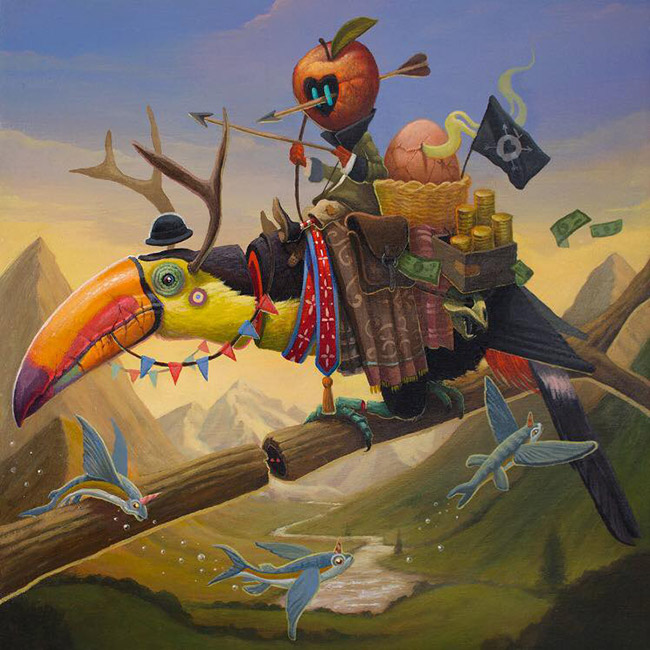 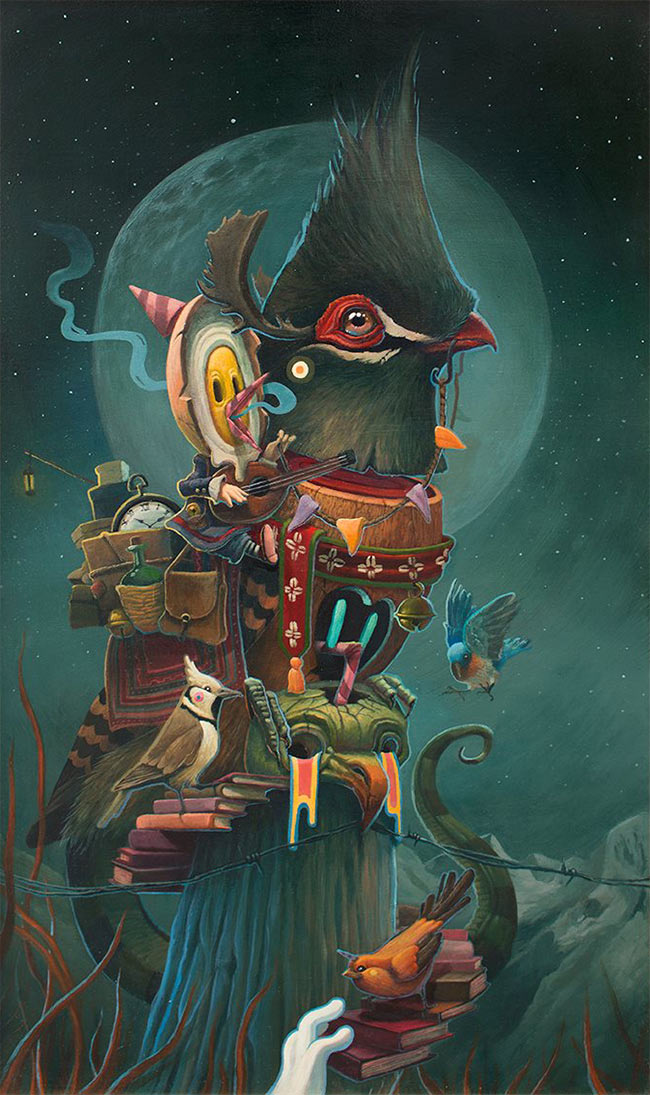 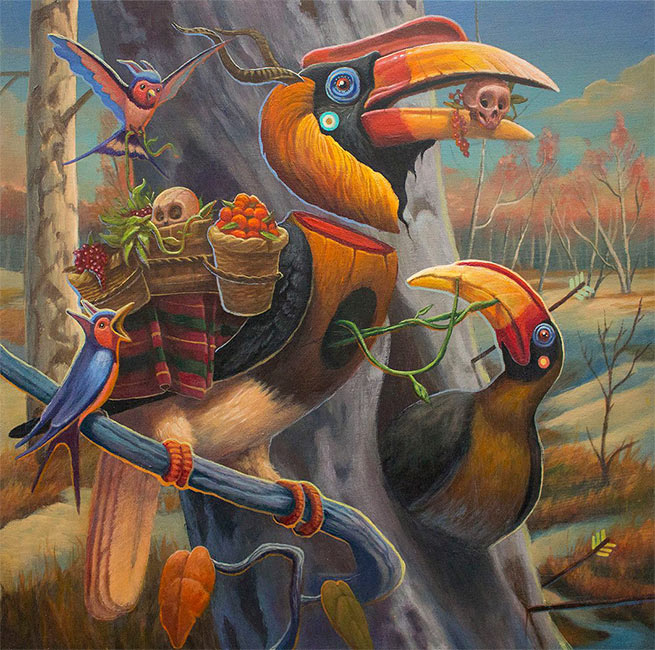 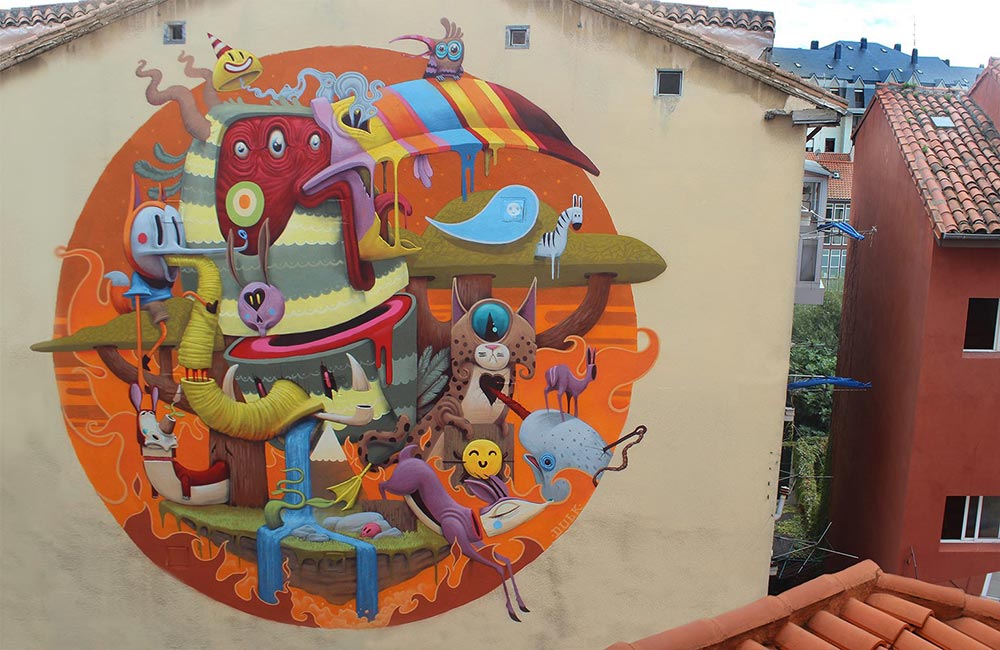 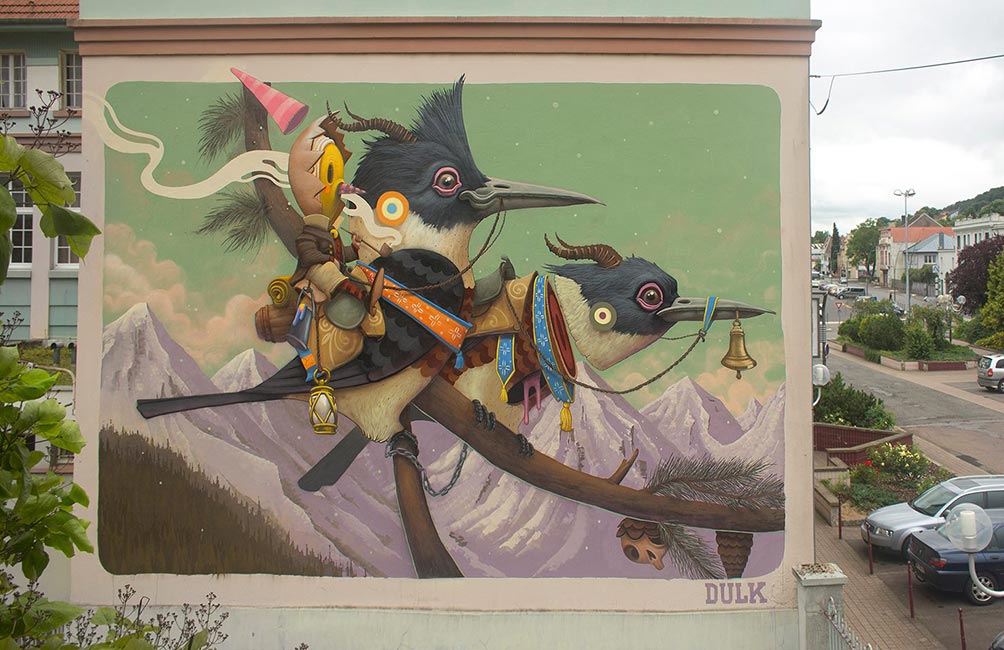 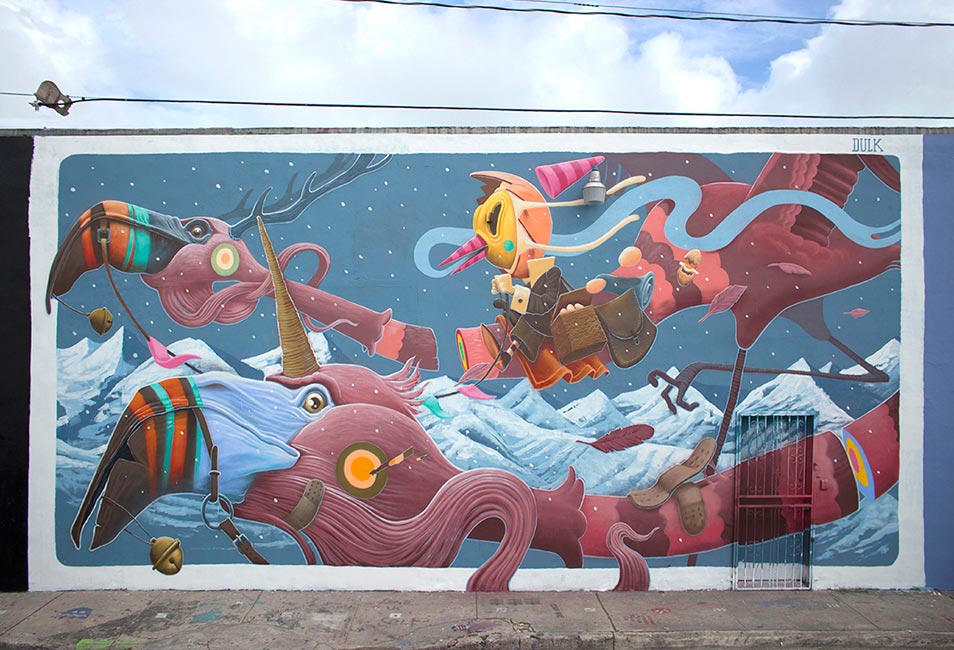 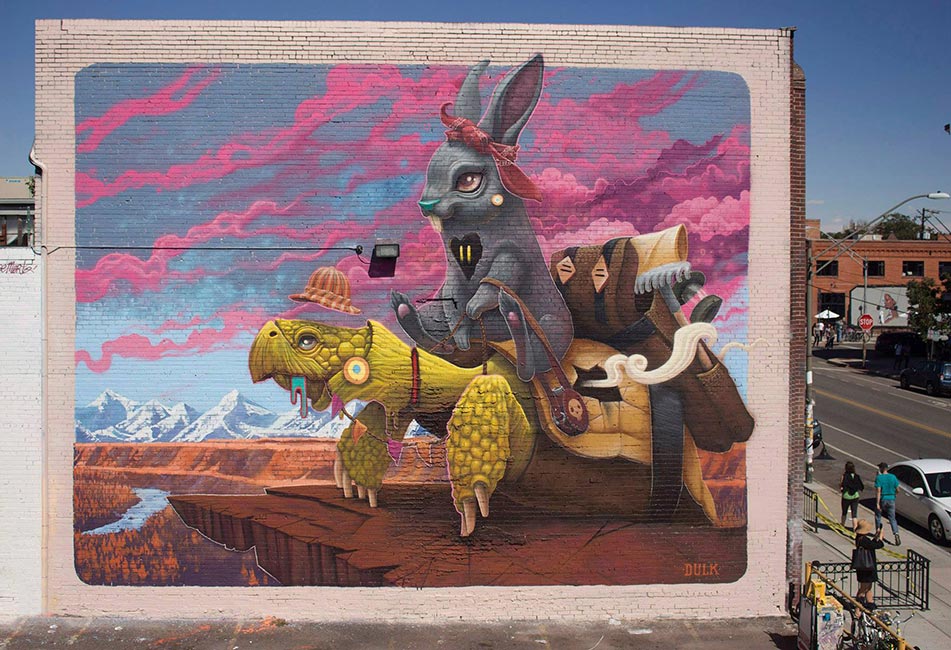 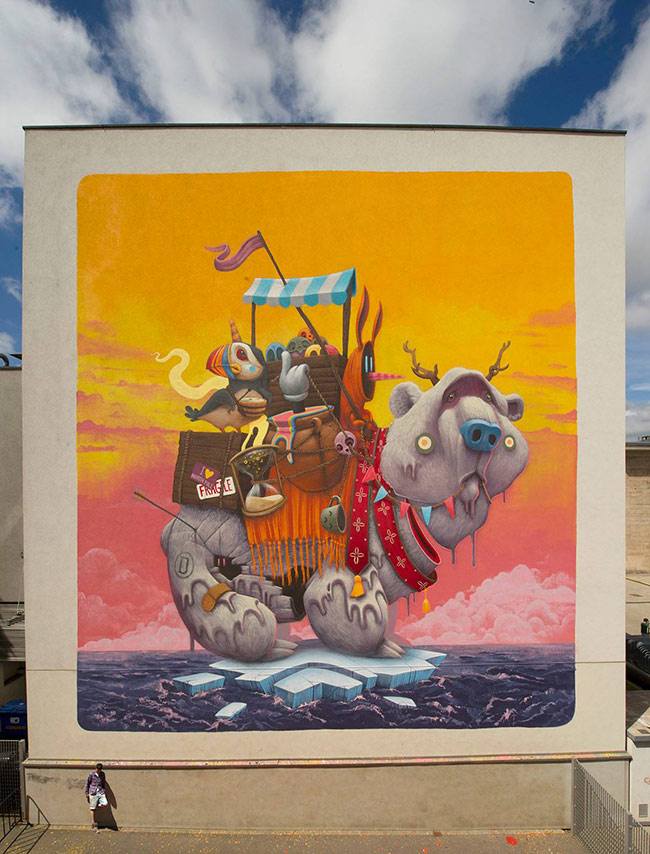 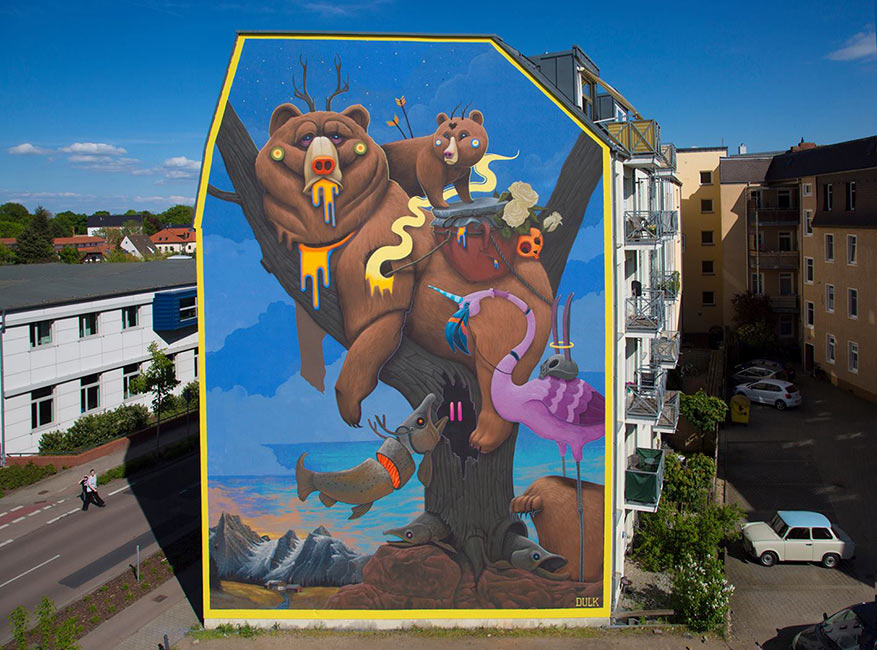 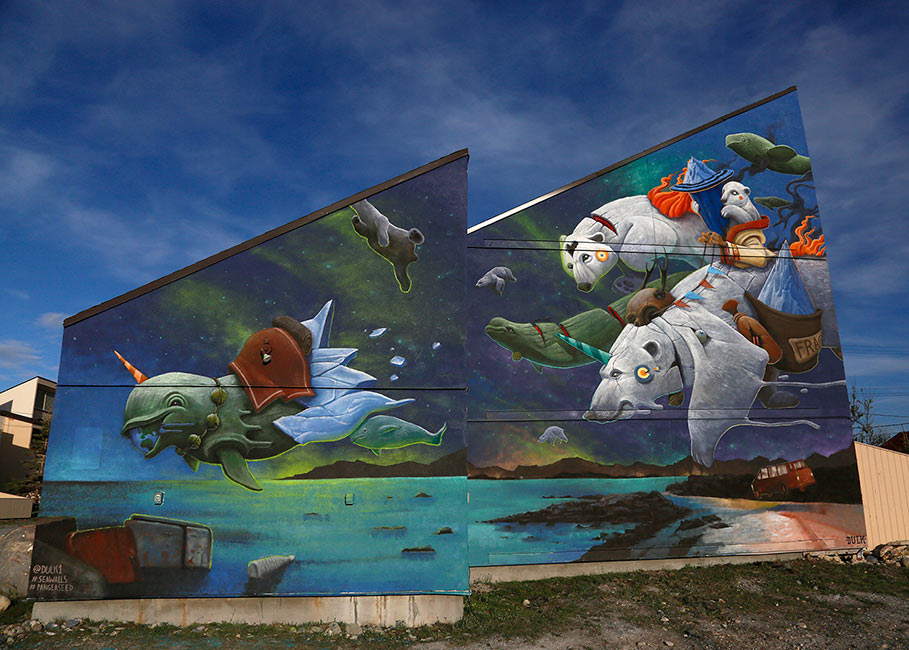