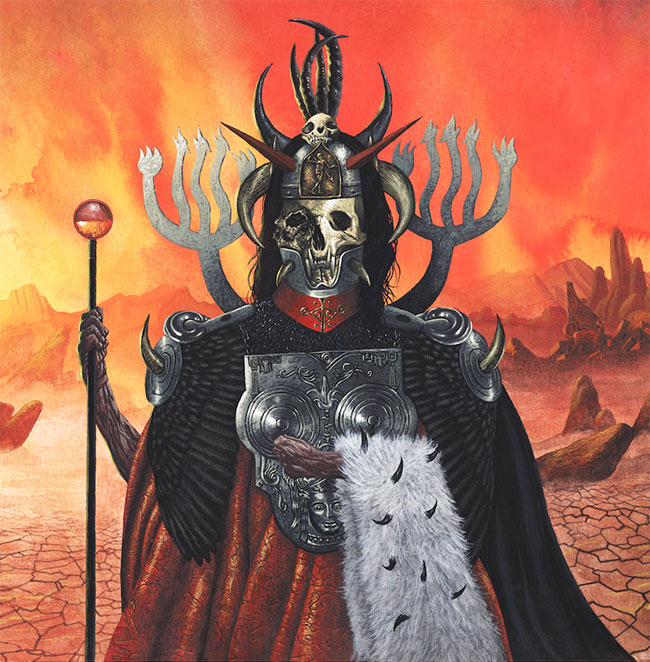 Alan Brown is an illustrator living in Philadelphia, PA. He graduated from Delaware College of Art and Design in 2004.

Alan (aka ‘Medusawolf’) uses watercolour and gouache for his paintings. He also makes comics, toys, masks and lots of other fun things.

Brown’s first comic, Ovoyyamar, began in September, 2012 and is an ongoing fantasy adventure series following the trials and troubles of several bizarre races of beings embroiled in a cycle of revenge, violence and chaos. His next ongoing series Azzuldekkon debuted at the 2015 Small Press Expo. In late 2016 he illustrated the cover for Grammy nominated heavy metal band Mastodon’s album ‘Emperor of Sand’. I’m currently working on the upcoming comics series release ‘Dark Mountain’ for Floating World Comics.

Brown’s work has been featured in print in CMYK magazine and online at Great Big Iceberg, Juxtapoz, the Huffington Post, Beautiful Decay, Design Sponge, Design Lovefest, Buy Some Damn Art, and many more.

“I never approach a painting with the intent to express any specific thing. There are these things that don’t exist anywhere in the universe except in my mind and I want to see them more clearly – and along the way I make choices that, inevitably, express something of myself. In art, I like the idea that anyone can look at a painting and it can mean something completely different from anyone else’s view, yet it is always the right interpretation. It belongs to that individual’s experience of the world. Whether it be that you simply like it visually or are touched by it in some quiet or loud way.” – Alan Brown (Beautiful Decay) 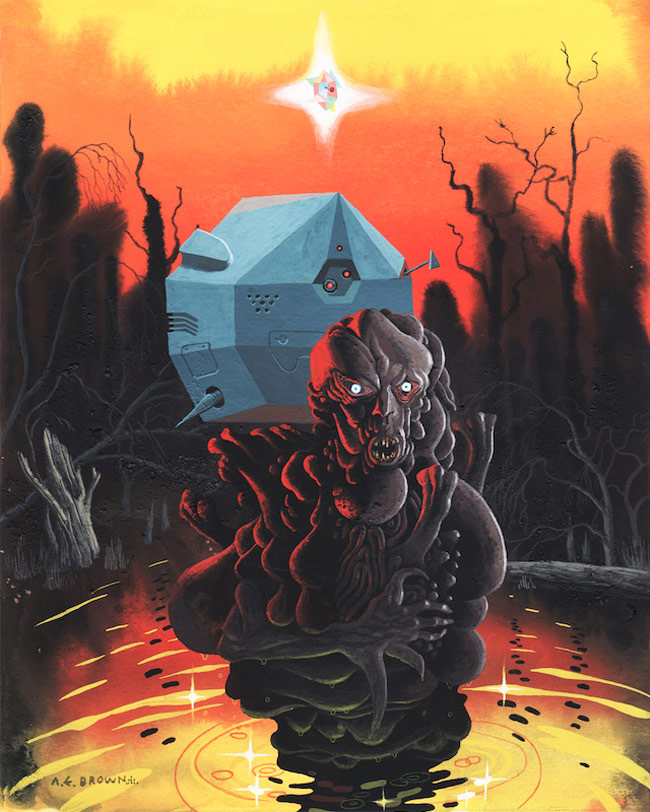 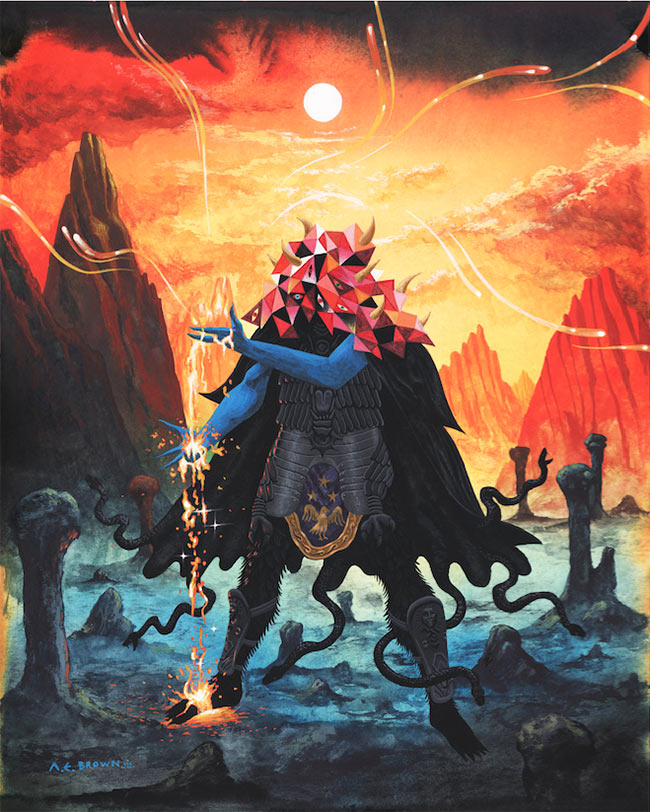 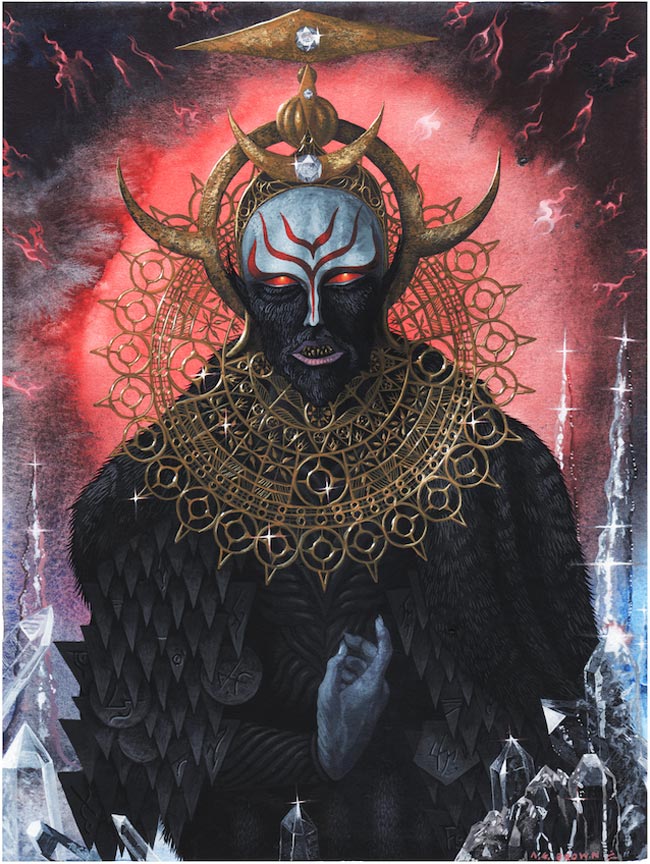 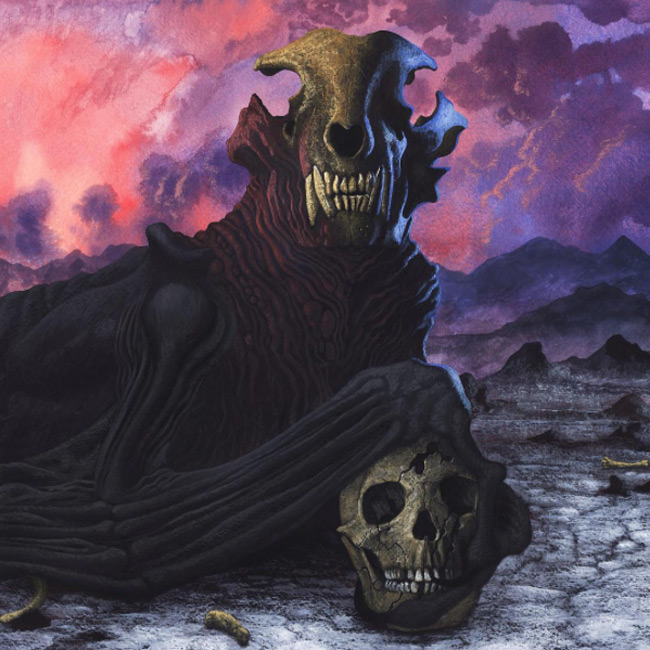 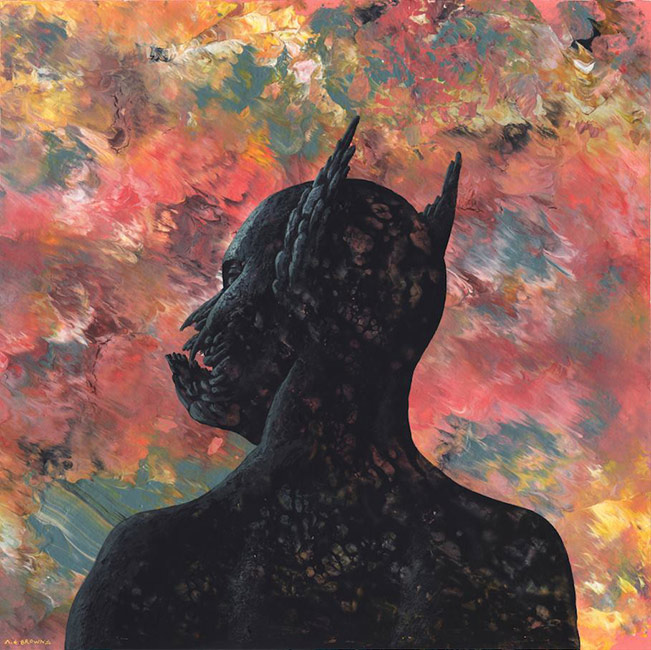 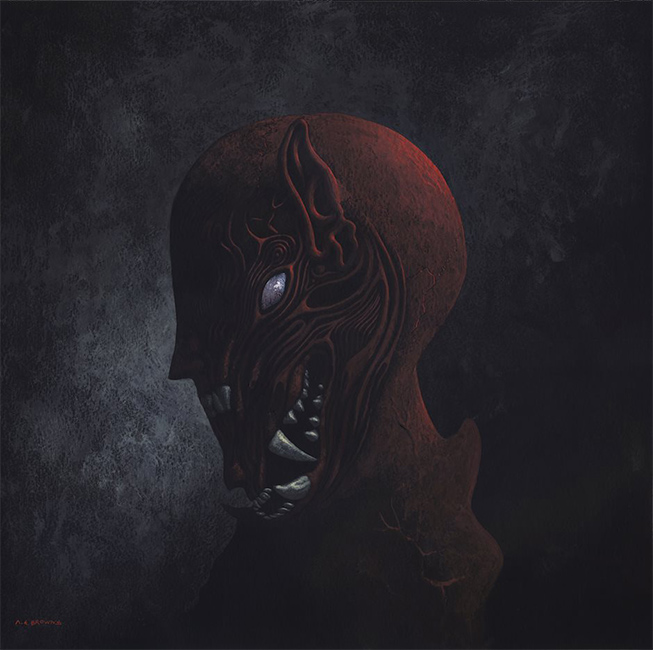 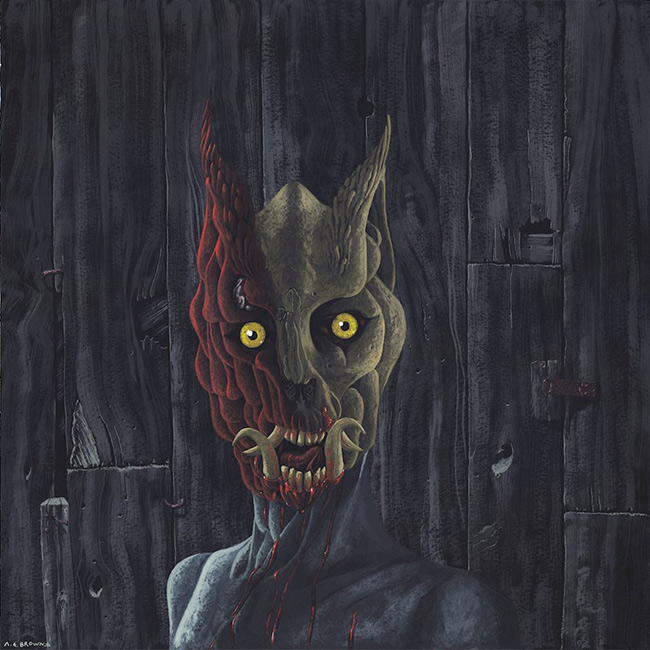 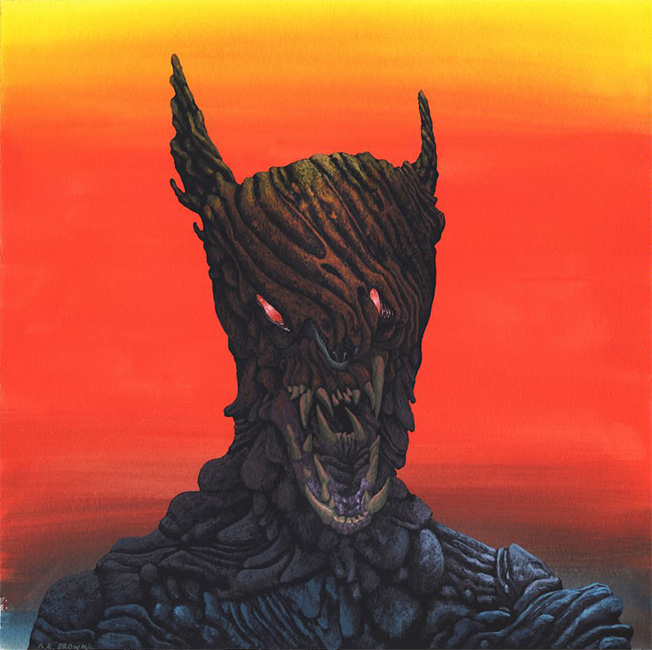 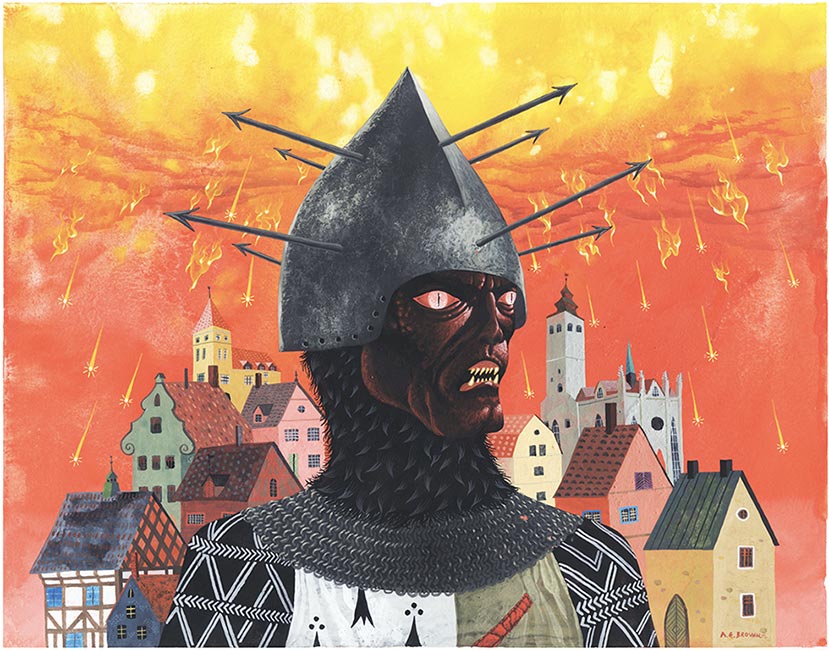 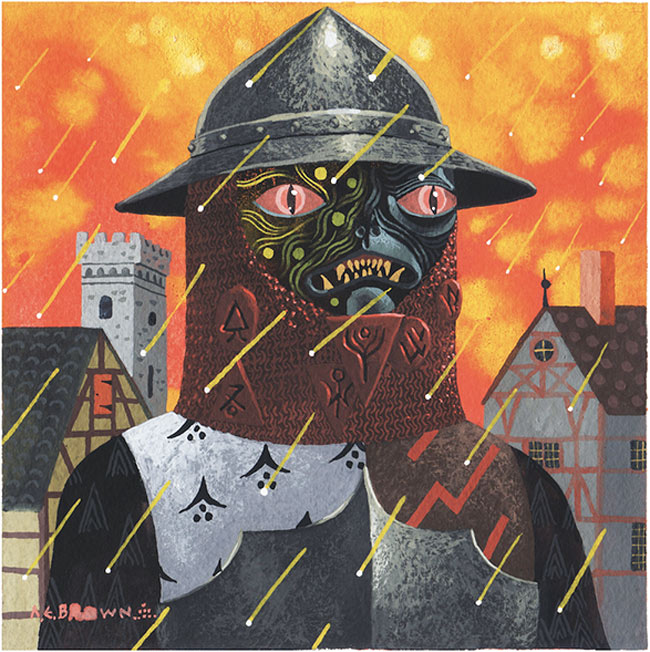 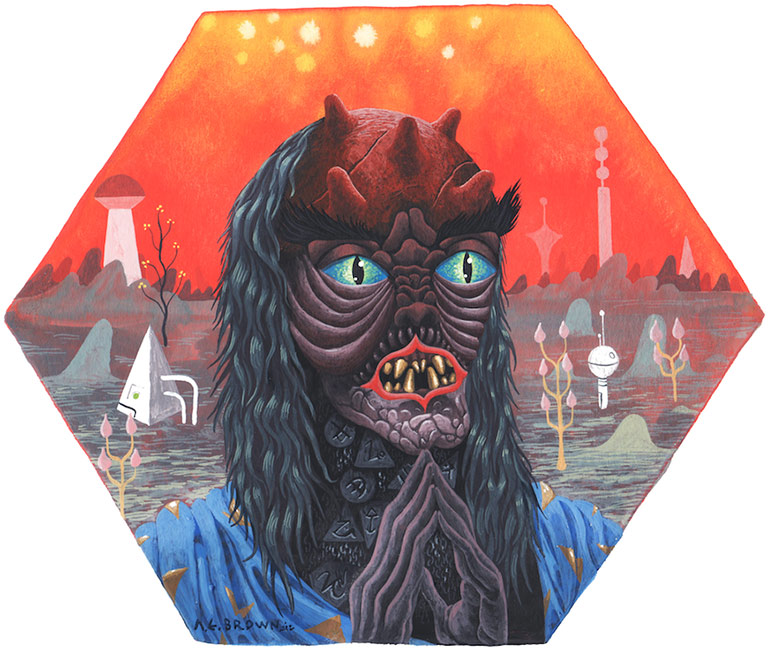 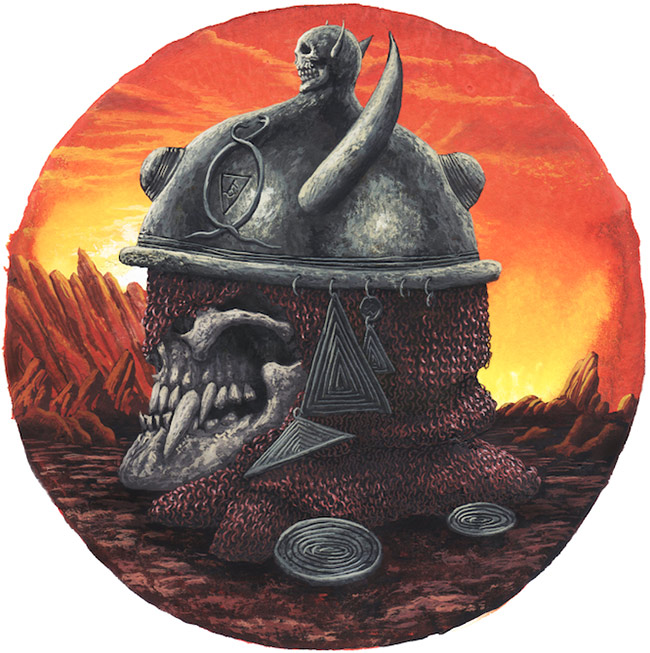