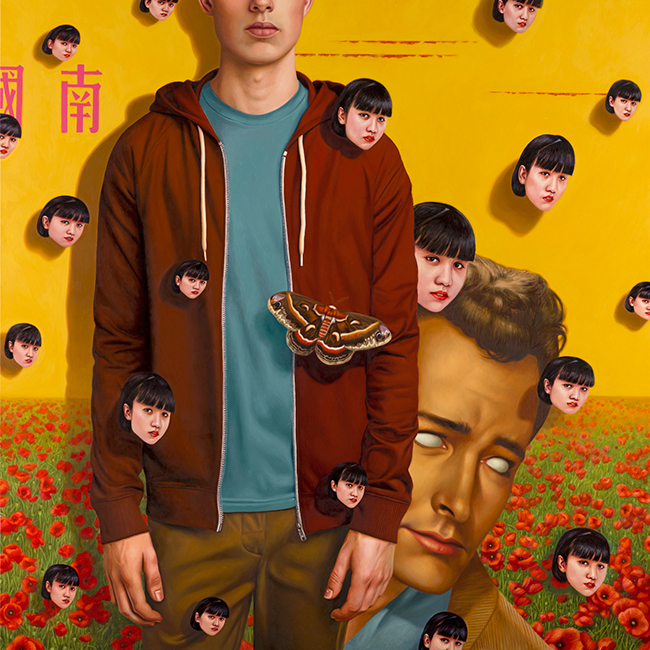 Alex Gross was born in 1968 in Roslyn Heights, New York and is currently based in Los Angeles, California. In 1990, he received a BFA with honors from the Art Center College of Design in Pasadena. In 2007, Gross’ work was the subject of a solo exhibition at the Grand Central Art Center in Santa Ana, California. Gross is a recipient of the prestigious Artist’s Fellowship from the Japan Foundation, and several faculty grants from Art Center College of Design. In 2007, Chronicle Books published his first monograph, The Art of Alex Gross. Gingko published his second monograph, Discrepancies, in 2010 and a collection of his cabinet card series in 2012, called Now and Then: The Cabinet Card Paintings of Alex Gross.

“It is easy to parody expensive fashion brands, and I have done it in many pieces. But, when I think about it, I am actually trying to talk about the larger concept of branding in my work, not just fashion branding, or only mocking brands that I personally think are silly. The entire idea of branding is what I am addressing in my work. What, ultimately, is the difference between RVCA and Gucci? When you think about it, the only real difference is the target audience: a hip, (or wannabe hip, like myself) 20-35 year old urban skater type, versus a rich, more fashion-oriented guy or gal who may be a jetsetter, or just wants to look like one. My point is, it’s all branding, which really means it’s ultimately bullshit. I’m not a skater. I’m not even in that age demographic. But I have always liked to dress that way, and many of my friends do too. So, I like a lot of RVCA’s stuff, but it’s only because their branding has been so successful that the look of their stuff connotes all of these other things—an attitude about life, what music you like, etc. When you really are honest with yourself, a RVCA hat is just a hat, just like a Gucci purse is just a purse. So, I think it’s important, if I’m being honest as a creator, to look more deeply into what I am talking about and to not spare any particular brand just because it might seem cooler than some others. That really is the whole point—getting people to think about how branding affects their lives and their decision-making process.” – Alex Gross (Juxtapoz) 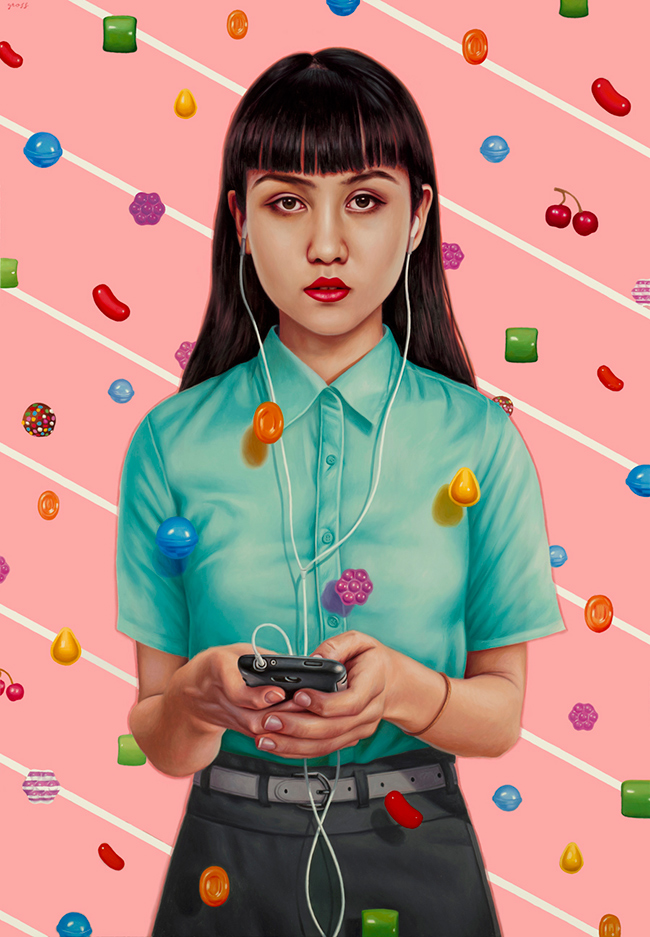 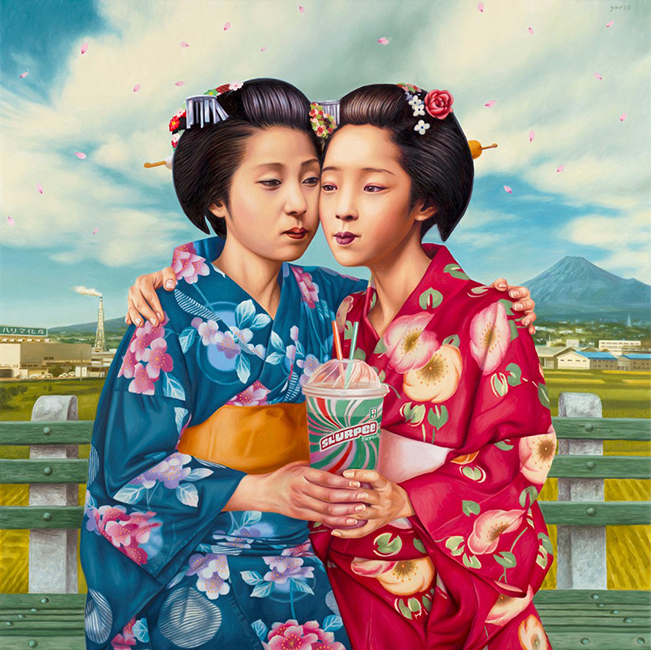 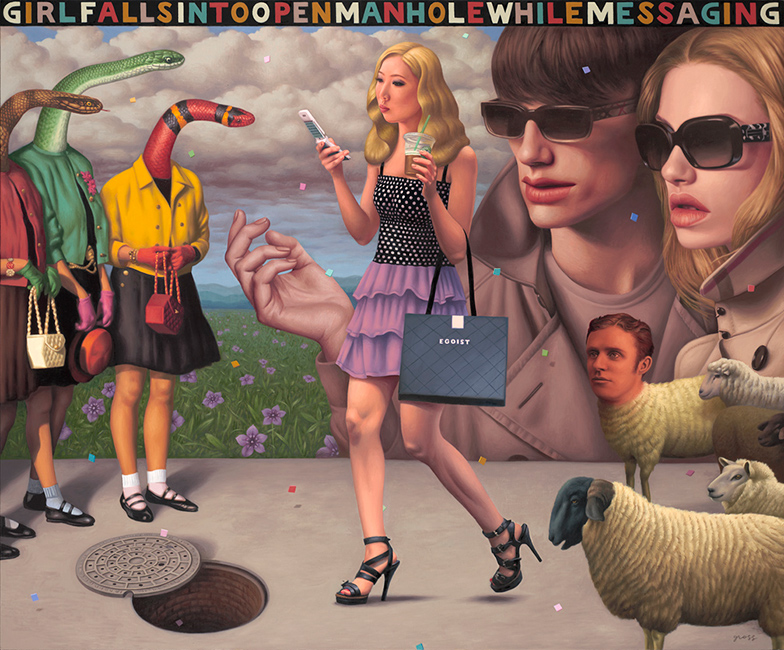 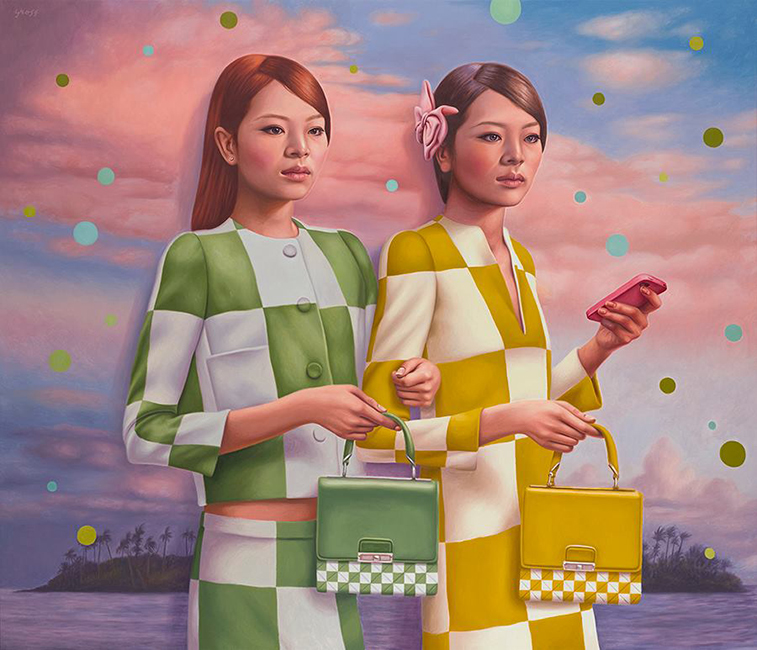 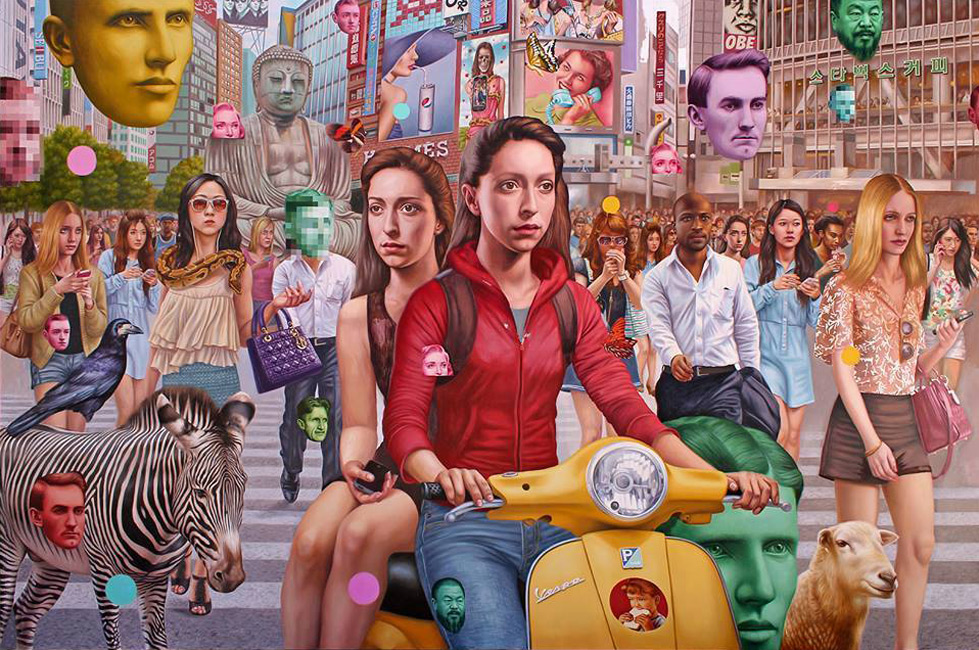 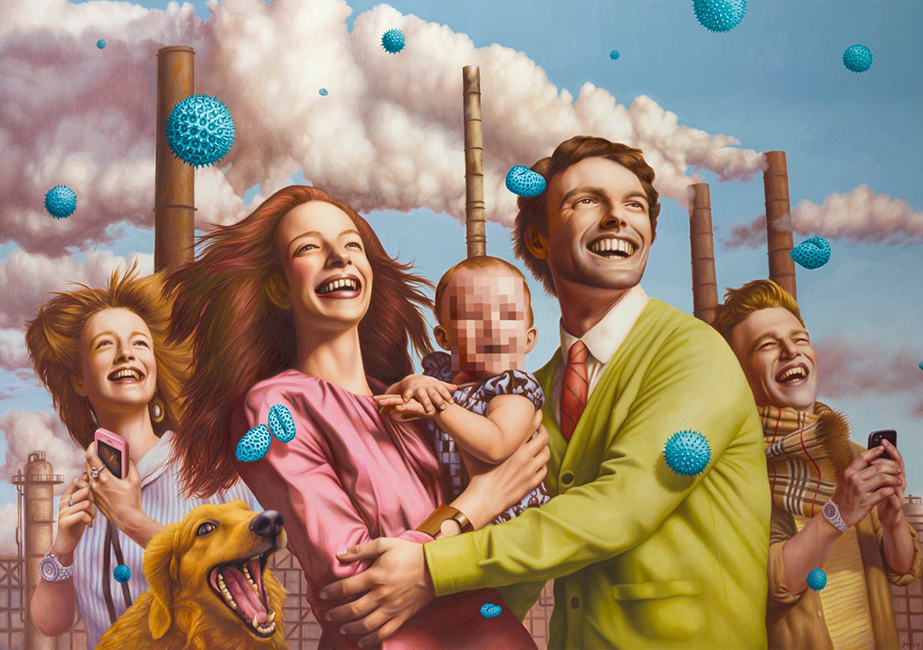 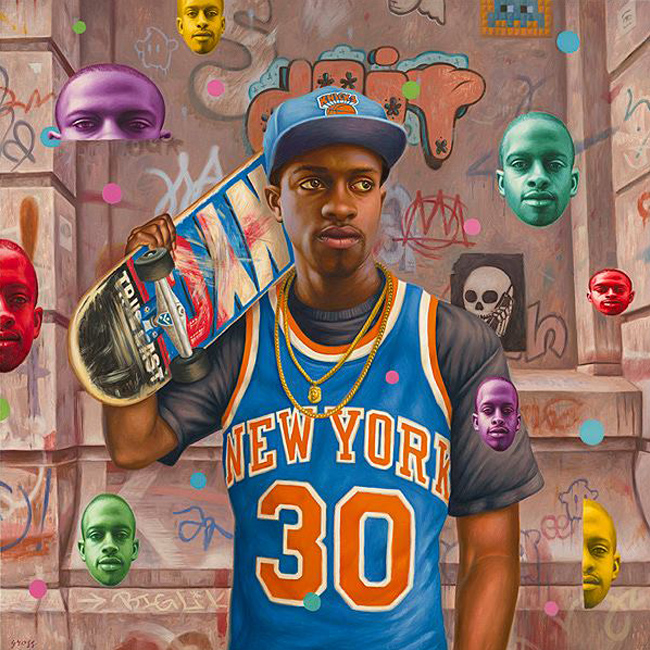 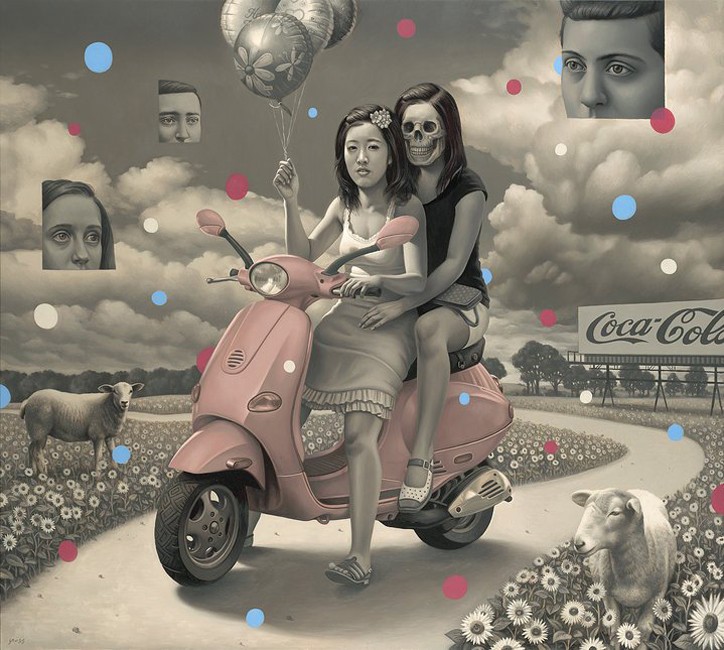 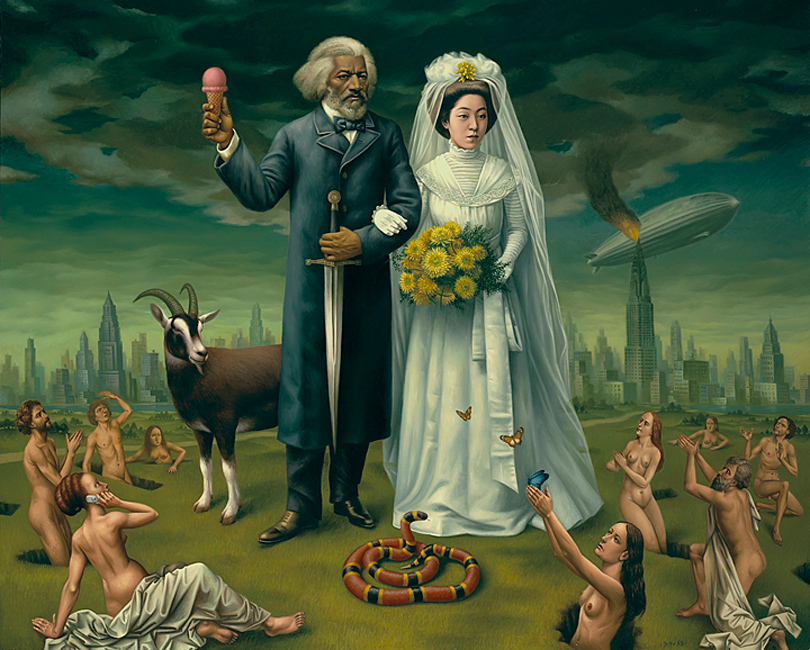 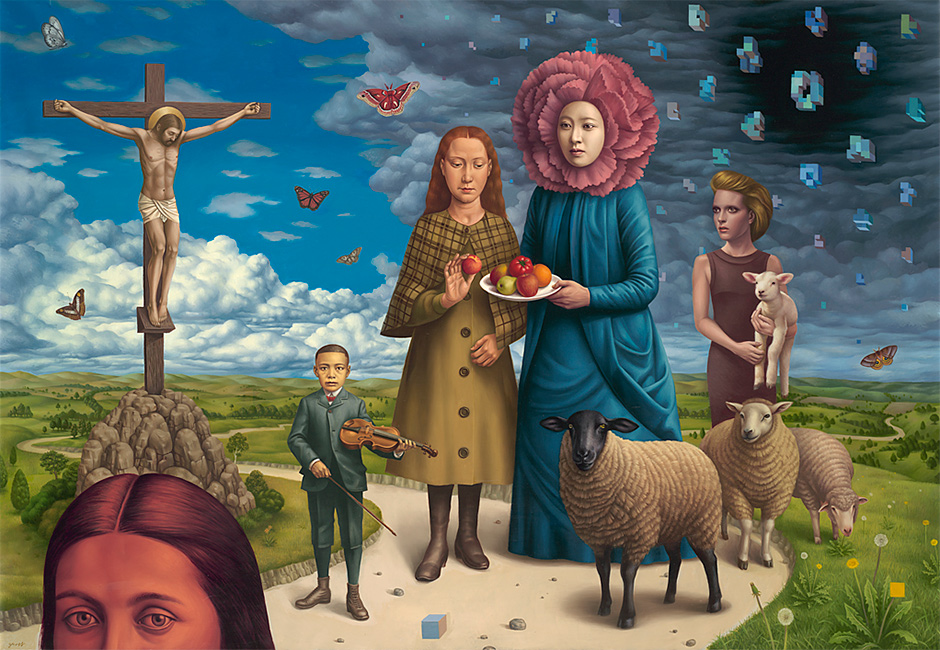