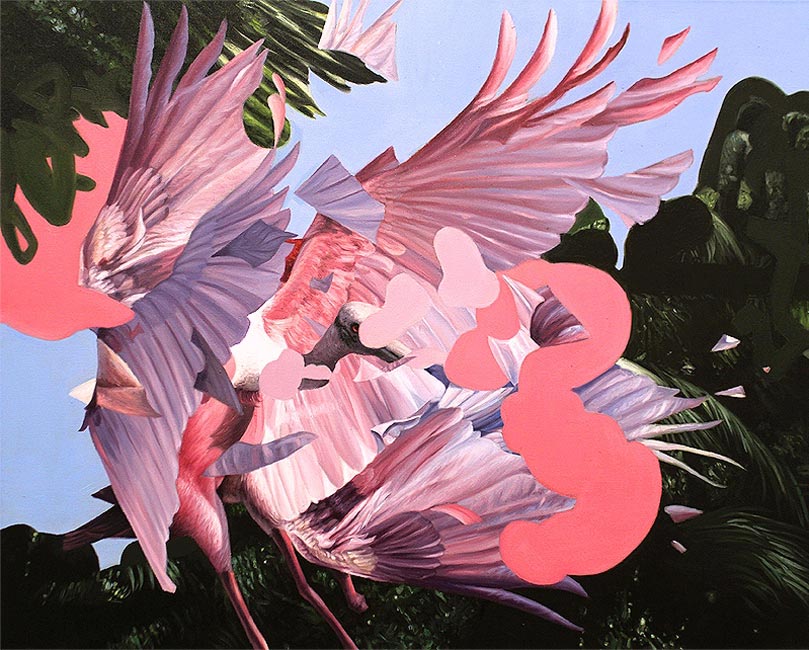 Angela Gram received her BFA from Rhode Island School of Design and her MFA from the New York Academy of Art. Angela has been accepted as an artist in residence by the Terra Foundation for American Art in Giverny France and by the Eileen Kaminsky Family Foundation at Mana Contemporary in NJ. Her work has been shown in New York and extensively throughout the east coast. Her paintings exist in many private collections and have recently been published by Skira Rizzoli in “The Figure: Painting, Drawing, and Sculpture” a book showcasing figurative art by established and emerging artists. She is also co-founder of the blog Quantumartreview.com, a source for contemporary art criticism, essays, and interviews. Angela currently lives and works in New Jersey.

“The new series of fragmented animal bodies is directly informed by my previous work in a reactionary sense. I’ve decided to embrace the contemporary discourse on animals instead of challenging it as a hierarchy between humanity and nature that can be reversed. The reality of Western society (where physically experiencing the natural world has become completely irrelevant), is that animals have lost any ingrained societal context or meaning beyond the pulse of environmentalism. Animals have come to exist merely in the modern imagination, and the realm of the mind distorts and allegorizes and projects onto them. This is why I think current animal imagery has such a discordant tension to it. The subject is physically absent, and therefore culturally meaningless. There’s this kind of irksome reaction when we see something and can’t place it.

Being the formalist that I am, I’ve chosen to represent this by deconstructing the animal body. They are fractured, irrational, chaotic and completely lacking an identity. I’m still developing the basic structure of these paintings and need to resolve several issues such as the tactility of paint, and what to do with the background. I would like to eventually have a more narrative space where the animal is still fragmented but directly placed in it’s actual environment, and perhaps exhibiting a certain behavior or interacting with its own species. This could ground the work with a sense of spatial realism while the animals themselves in contrast disperse into nothingness.” – Angela Gram (Venison) 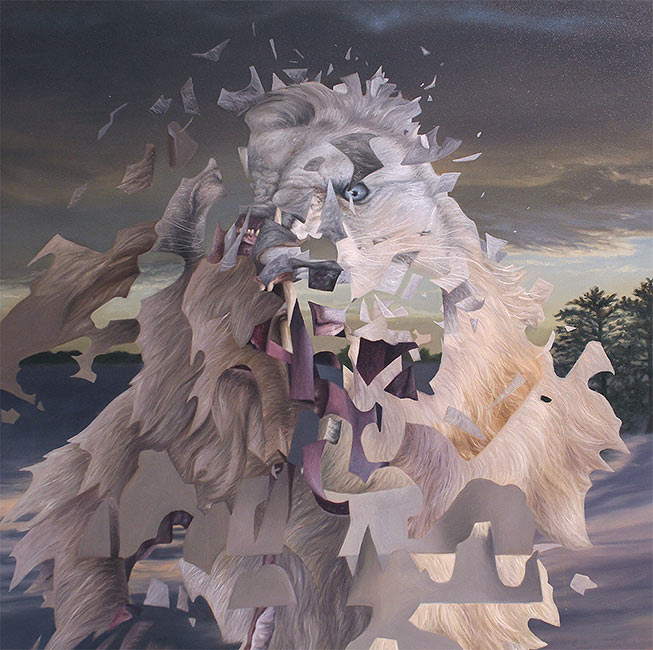 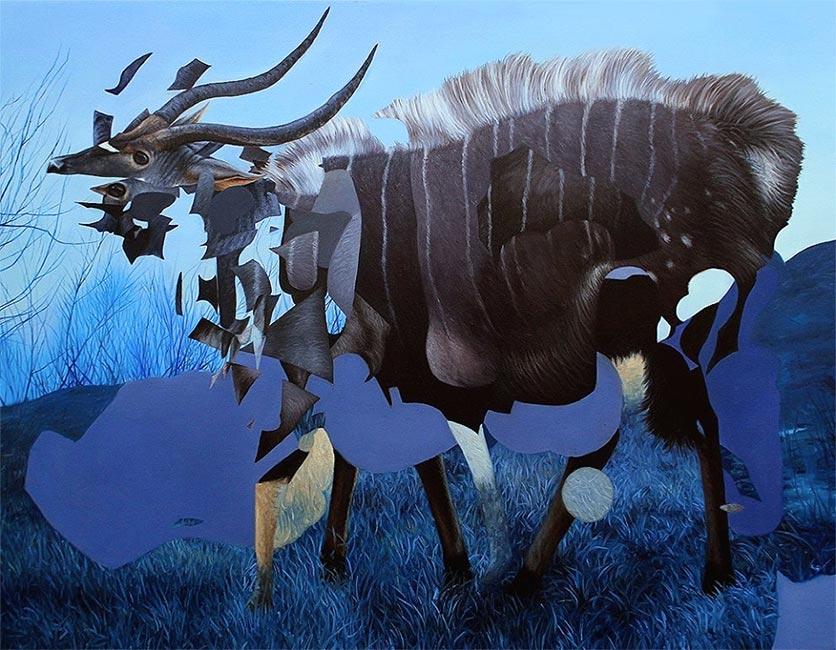 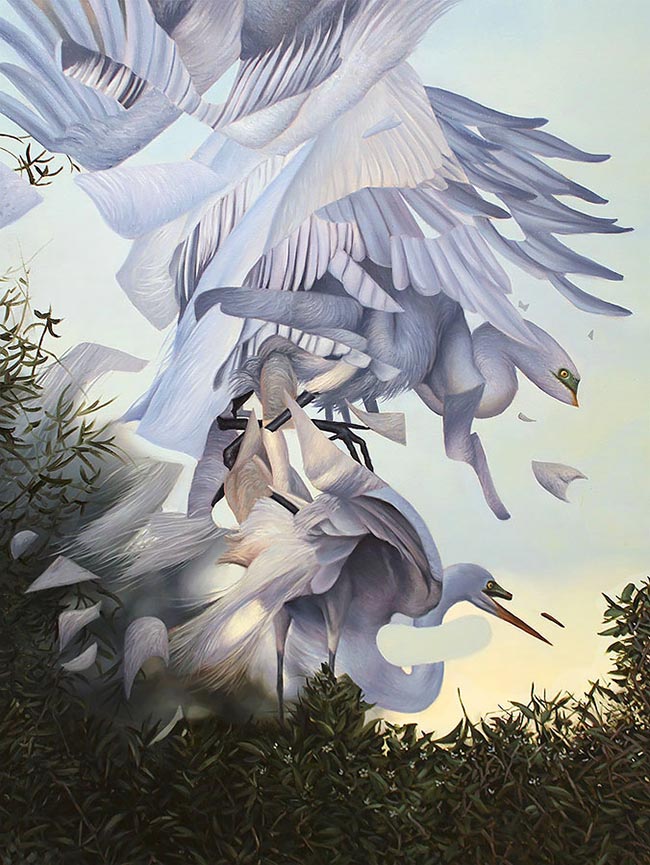 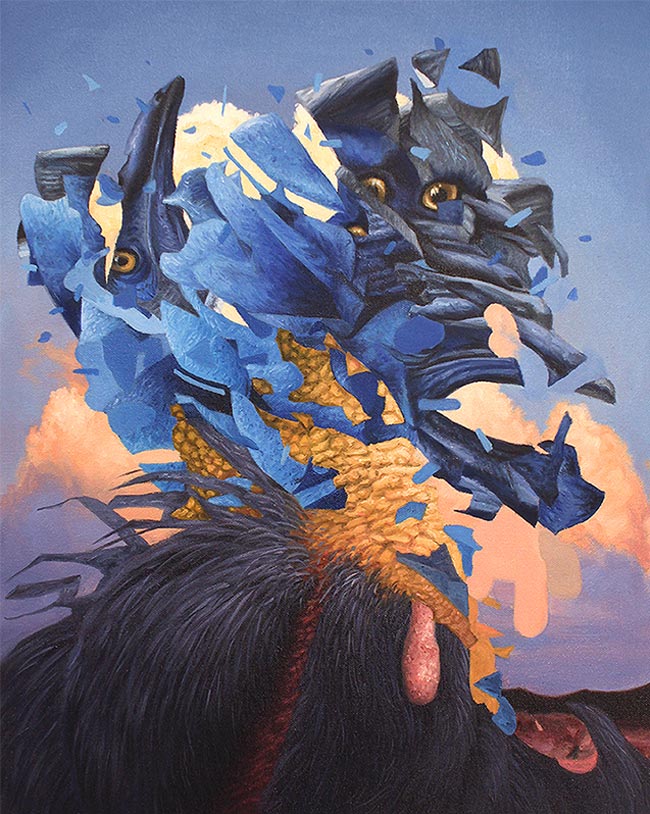 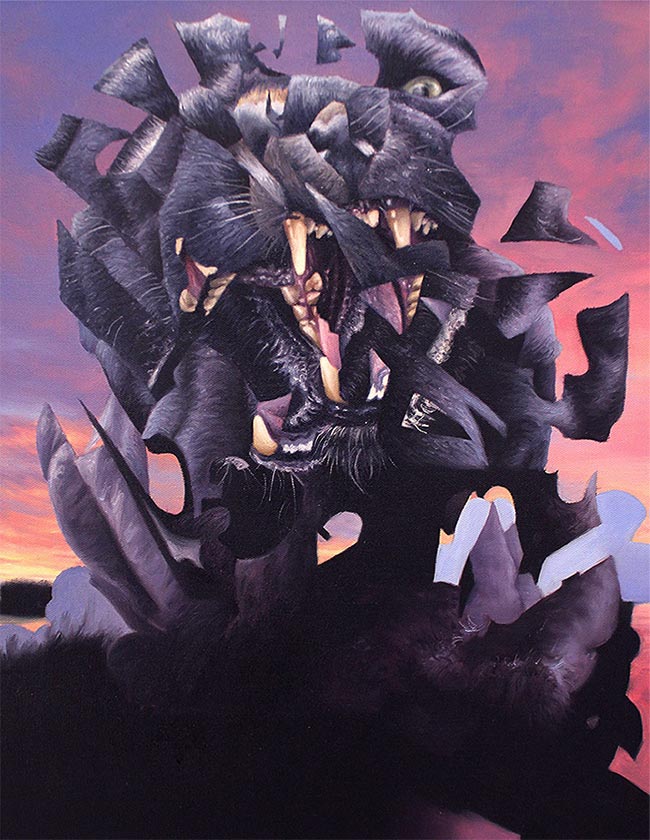 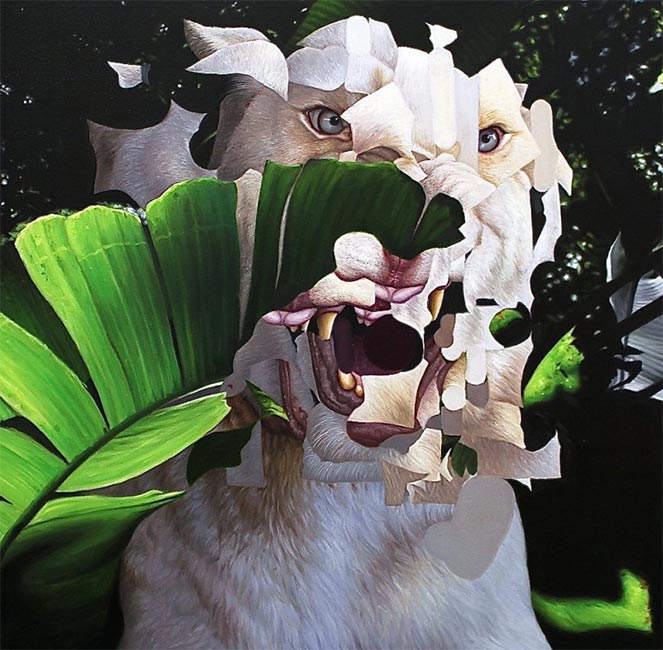 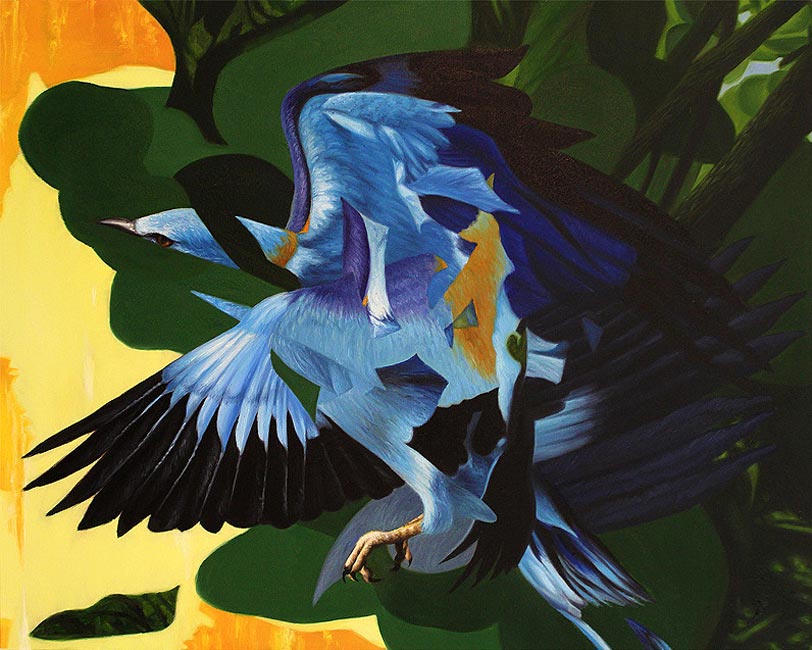