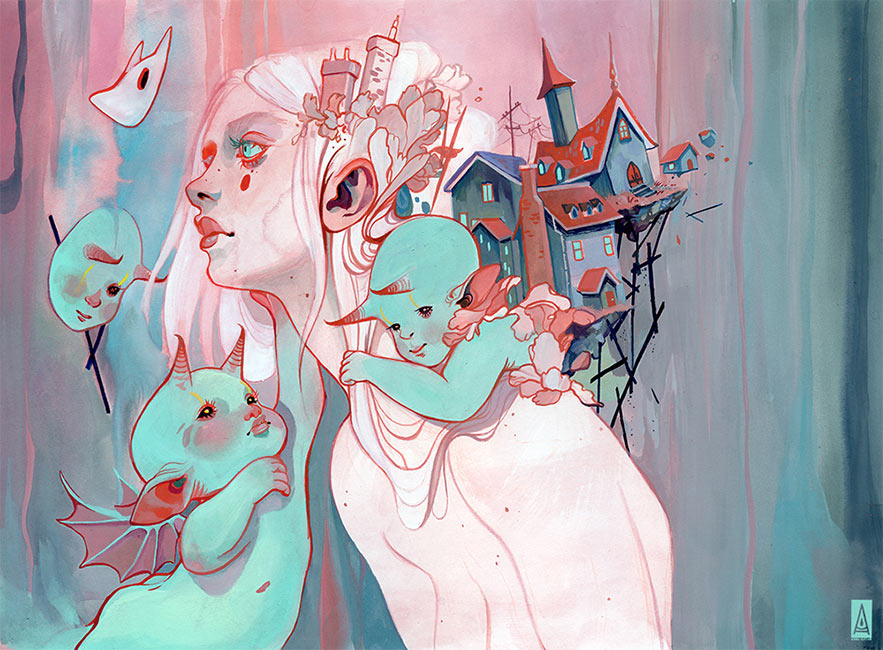 Audra Auclair is a Canadian artist whose work has spanned across many mediums. She has been exhibited both locally, as well as internationally in Australia and America. Although she has achieved a Graphic Design degree, graduating with honours, she instead specializes in exploring the surreal and beautiful female form with her transcendent fusion of fine art and illustration. She is praised for bringing awareness to current issues through a blend of pop art and fantasy. In he spare time she livestreams her art process on Twitch and also makes YouTube videos that focus on art, mentality and life, with a very honest and calm atmosphere.

For the past four years Audra has been working with her partner, Lopi, on developing an imaginative fantastical world and characters for their upcoming graphic novels, Chiara and Nen.

“People tend to focus a lot on style, and personally, it’s something that has caused me a lot of frustration in my career. I was taught that it was good to be diverse but I later found that it could actually be a problem to not have a ‘style’. This led me to doing some traveling and self-discovery so I could somehow create this thing that would make me different among the sea of artists. It wasn’t until I stopped thinking about having a style that I could actually start developing one. I’m still not sure I have one because I love experimentation too much, but if I do have one, my best advice for artists would be to not focus on it. Experiment with different mediums and make sure you have the basics down pat. If you practice everyday and get good at the fundamentals, the rest should come with time.” – Audra Auclair (Redbubble) 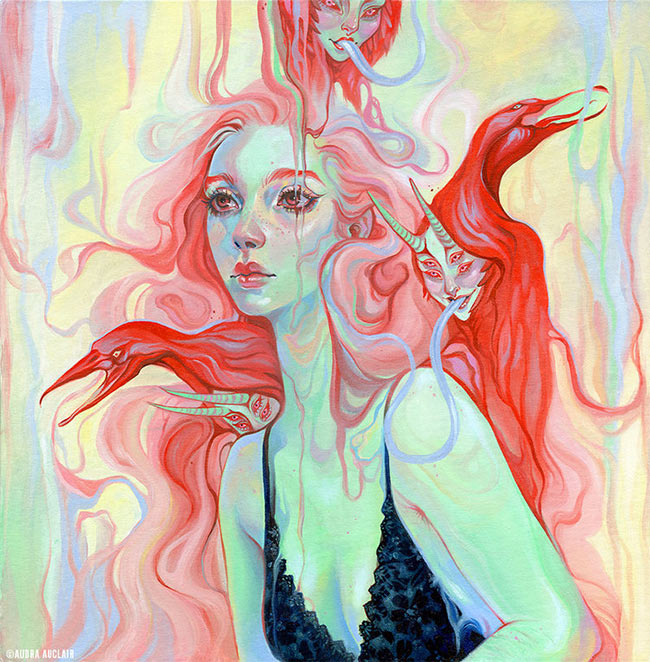 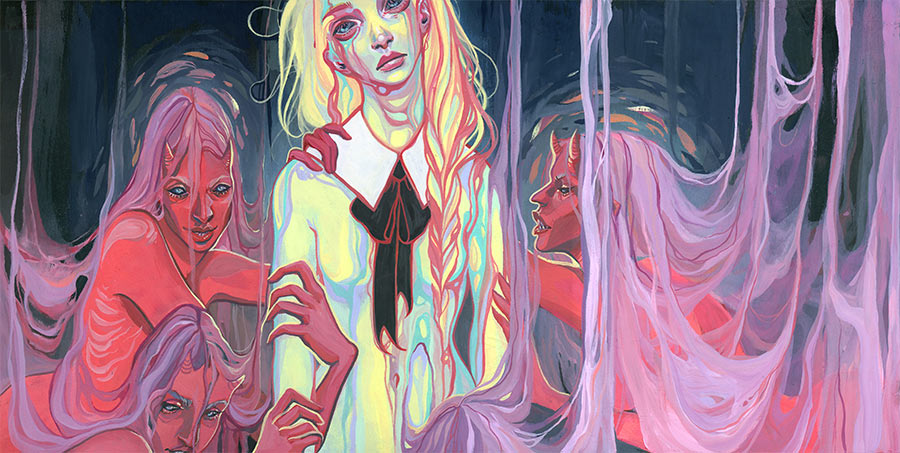 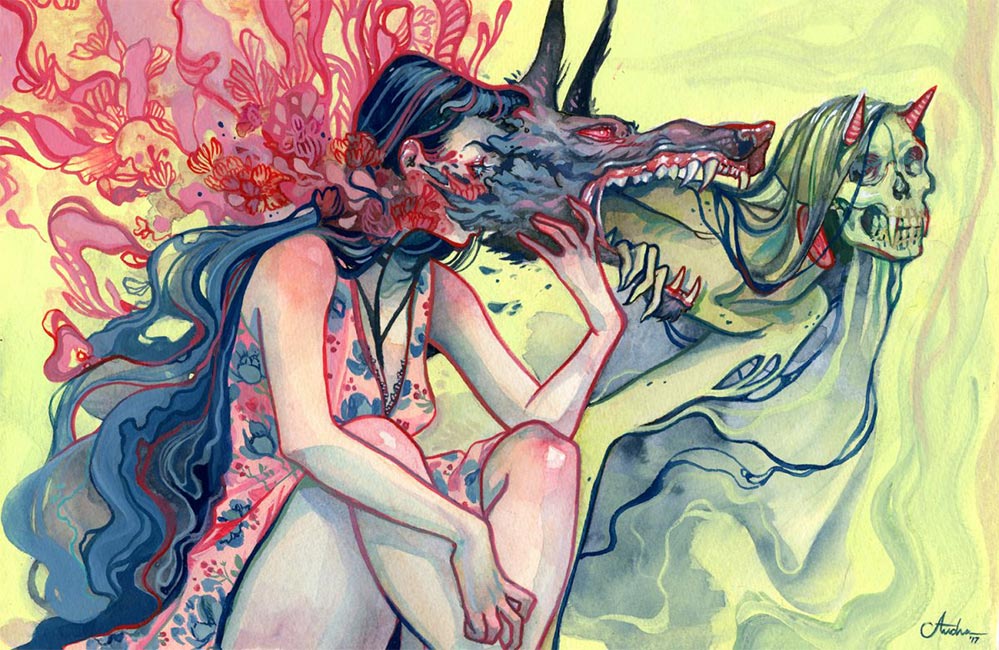 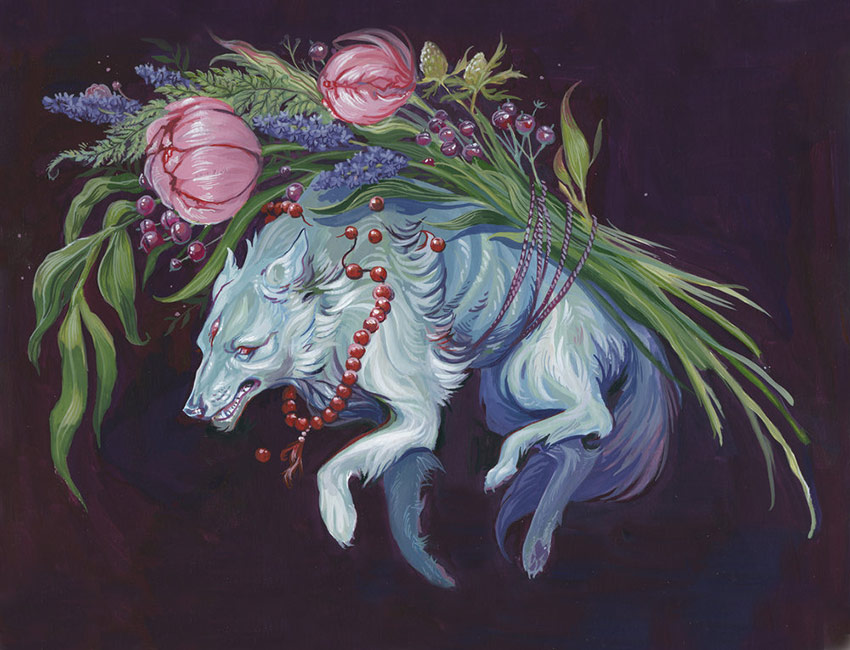 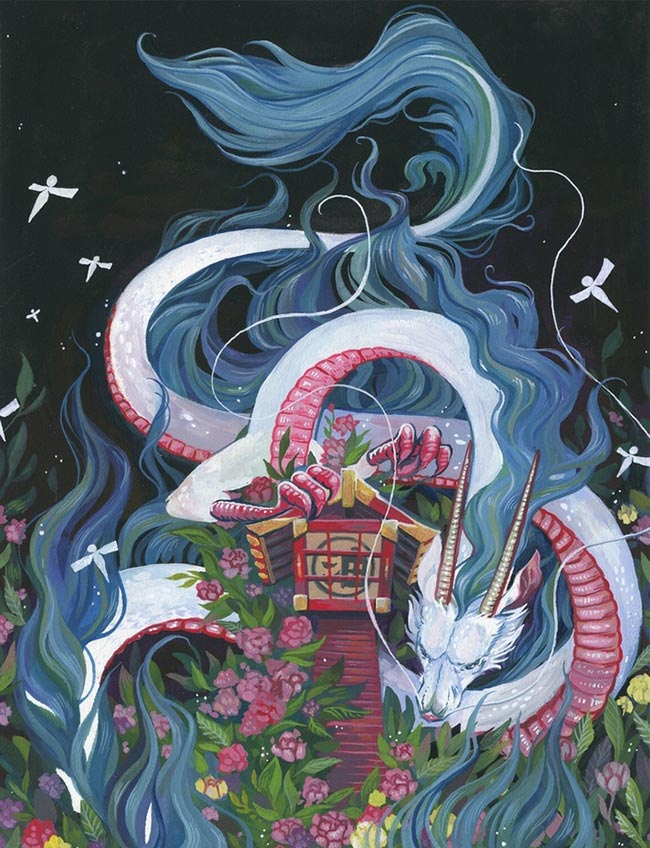 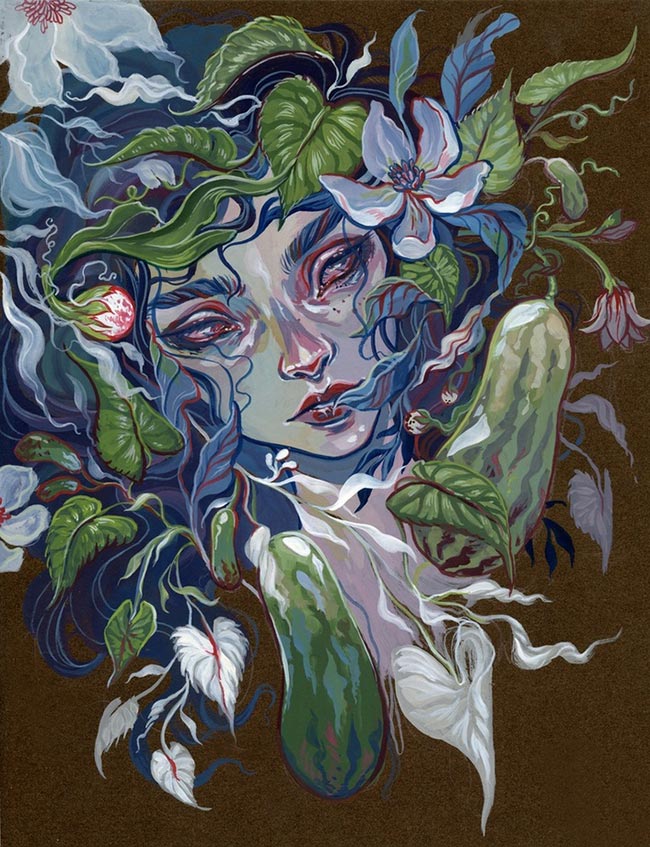 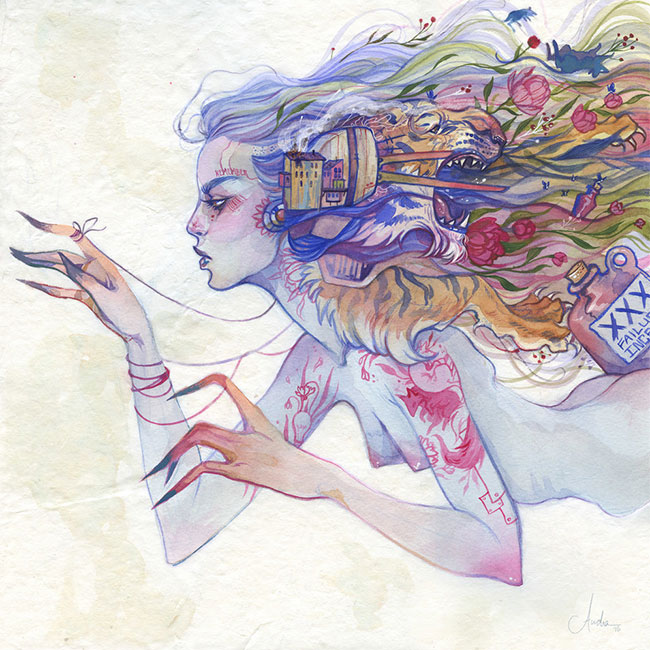 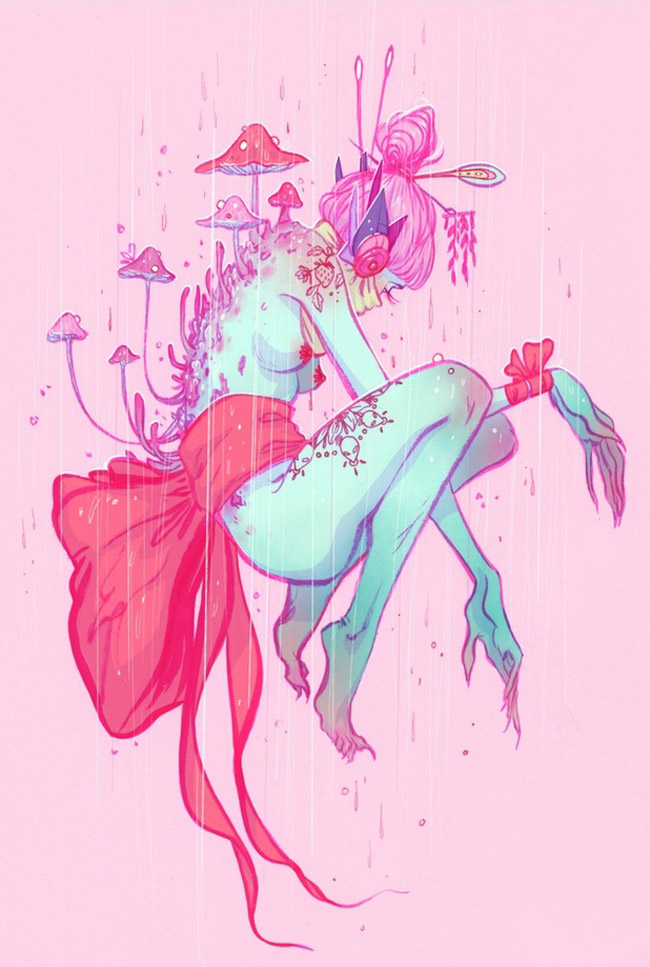 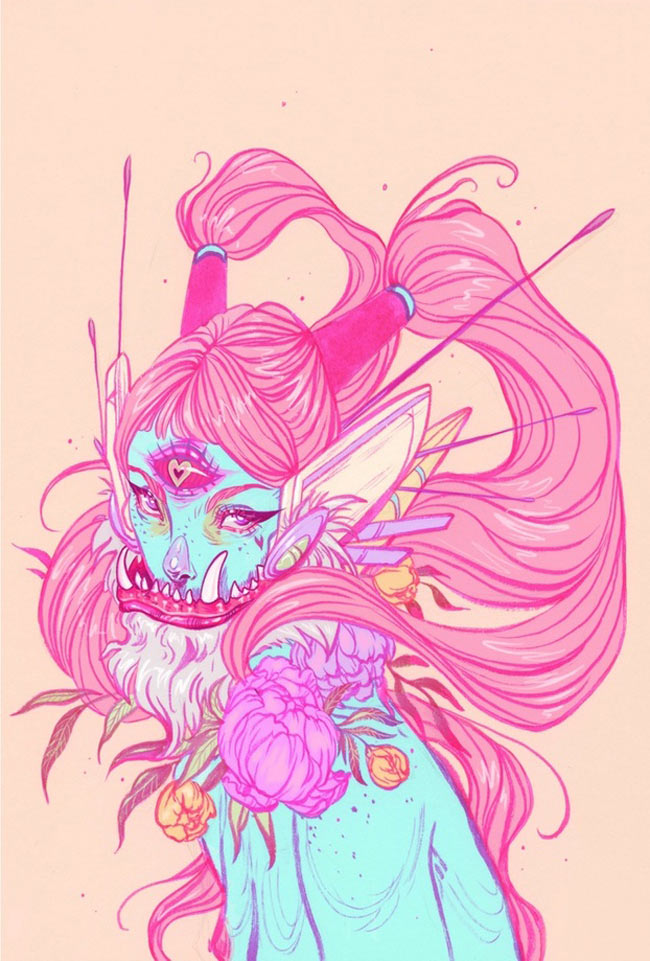 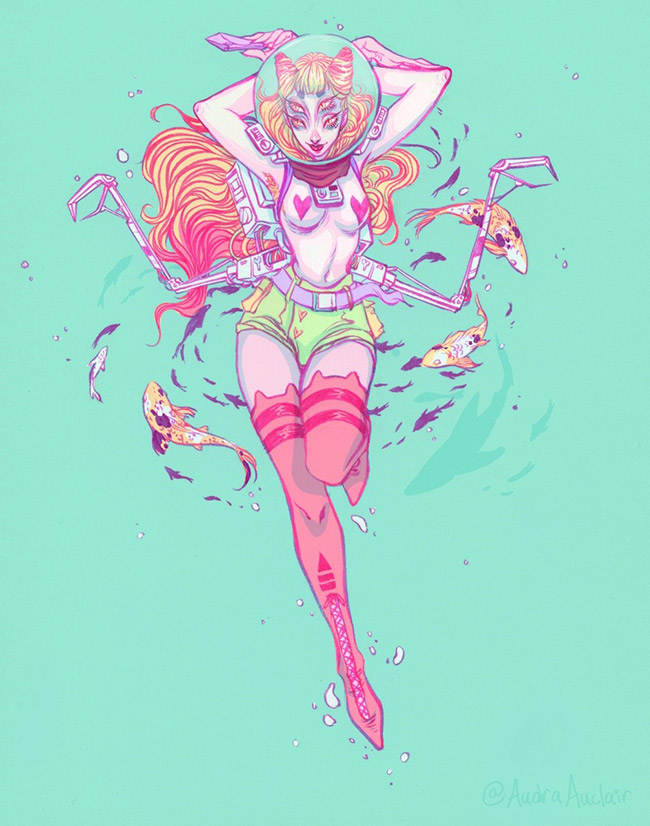 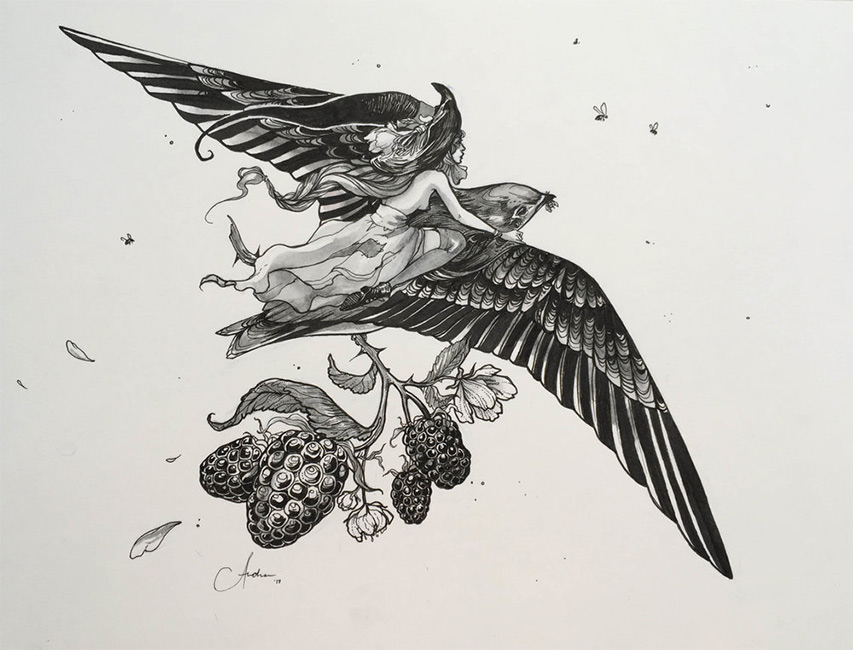 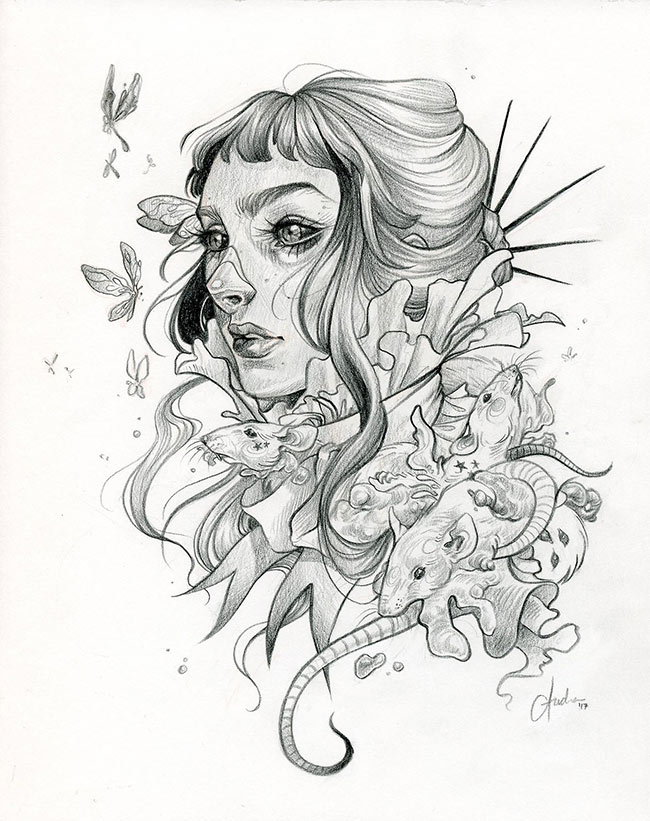 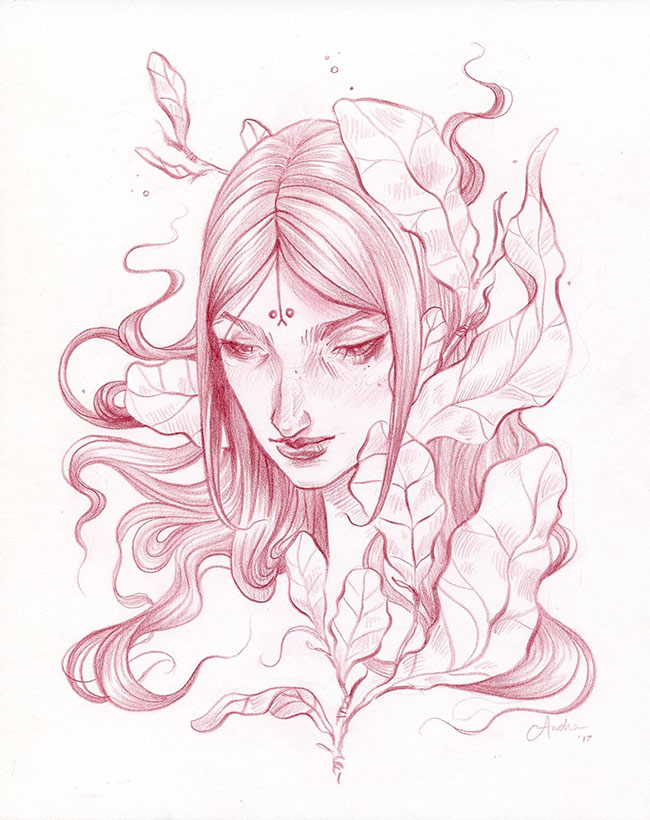