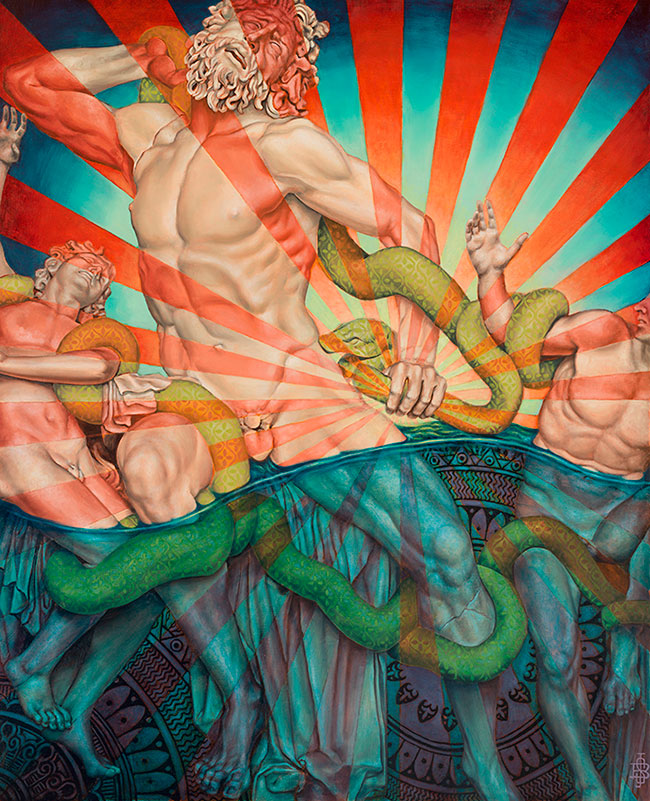 Stanton is originally from California where he studied Illustration at Laguna College of Art and Design. He relocated to New York after graduating in 2008 where continues to live and work in Red Hook, Brooklyn constantly drawing inspiration from local nautical history. His work has recently been shown in a 12th Century crypt, on the Berlin Wall, on a Fiat 500, and in galleries worldwide.

“I started creating images that combine graphic ornamentation with realist painting after I first moved to New York City in 2008. I’ve always had a strong interest in referencing history in my work but was instantly influenced by the 19th Century architecture, Victorian ephemera, and old ships that one can find around Brooklyn. The work continually evolves, growing in complexity by layering visual symbols, graphic ornaments, and artifacts as I collect them.” – Beau Stanton (Very Nearly Almost) 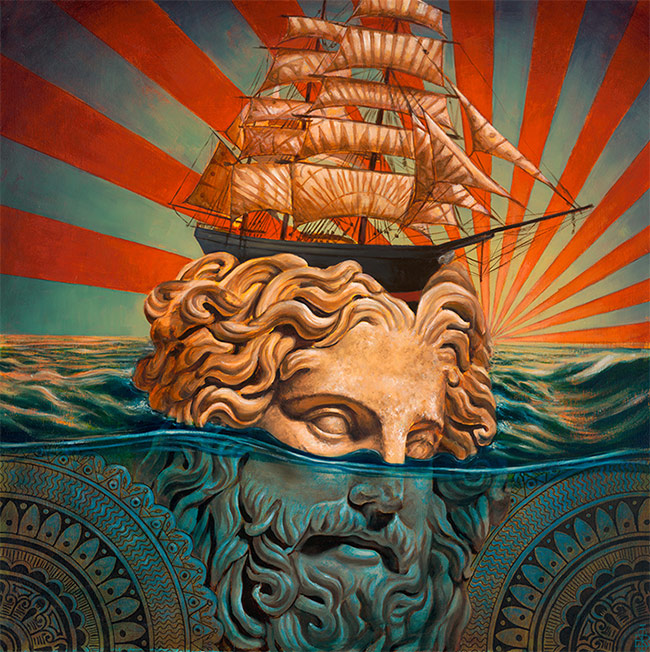 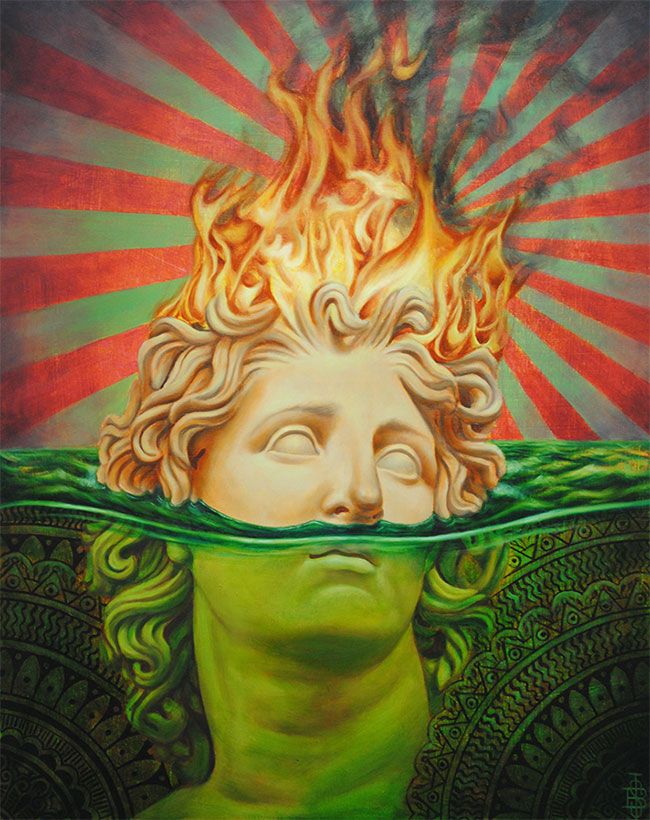 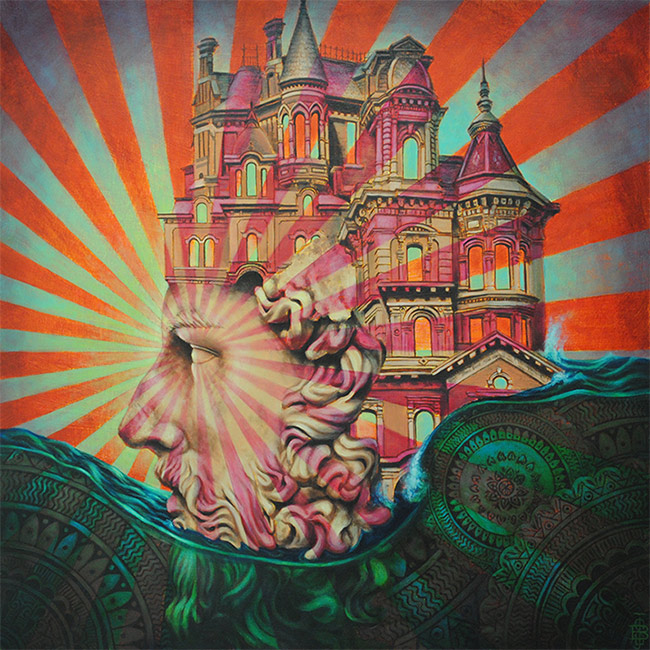 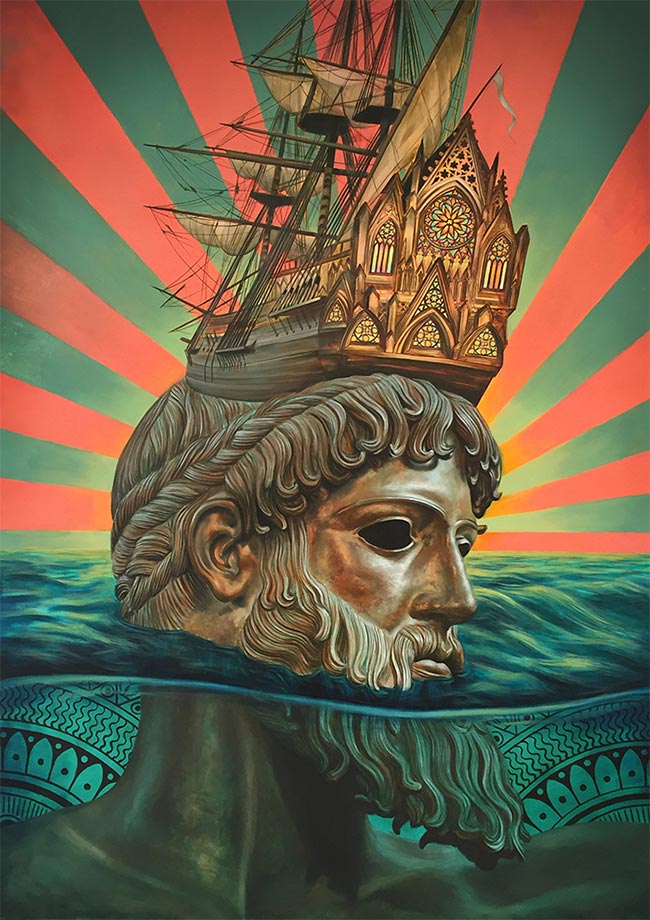 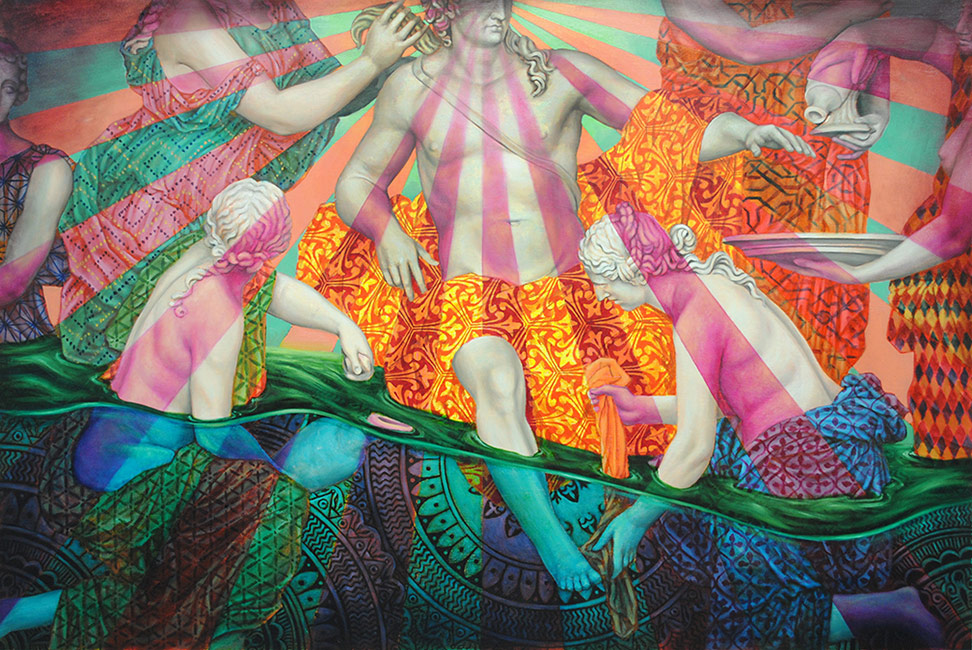 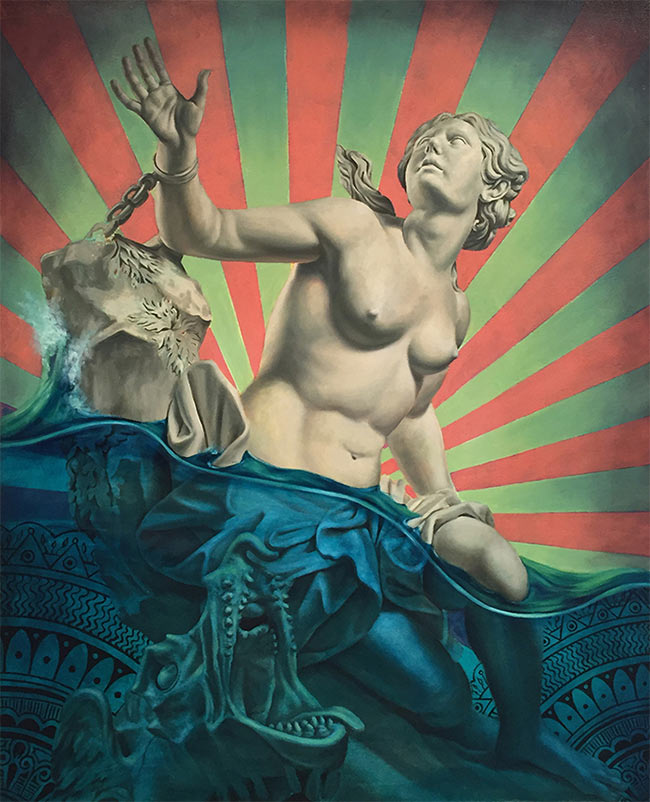 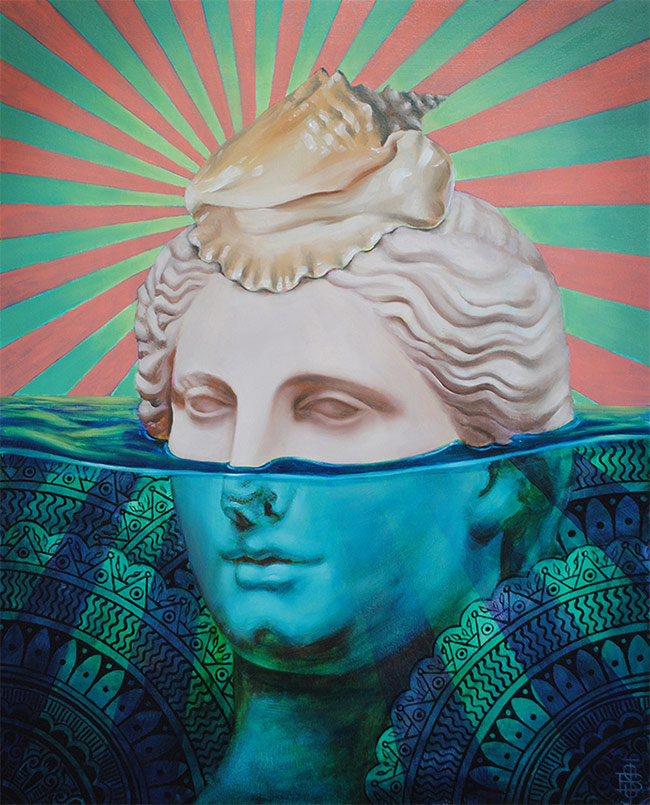 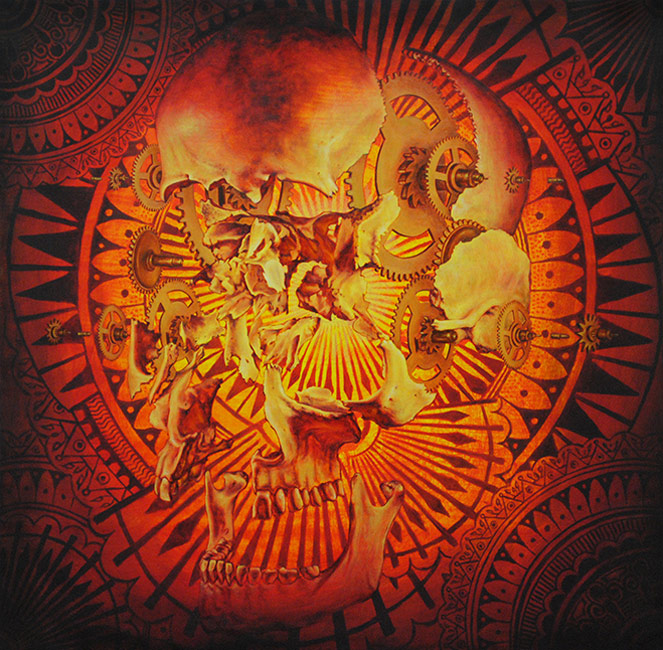 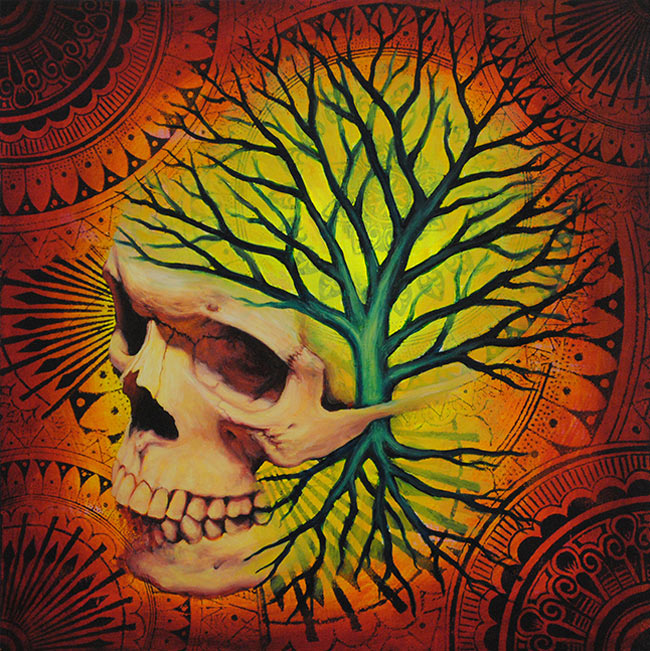 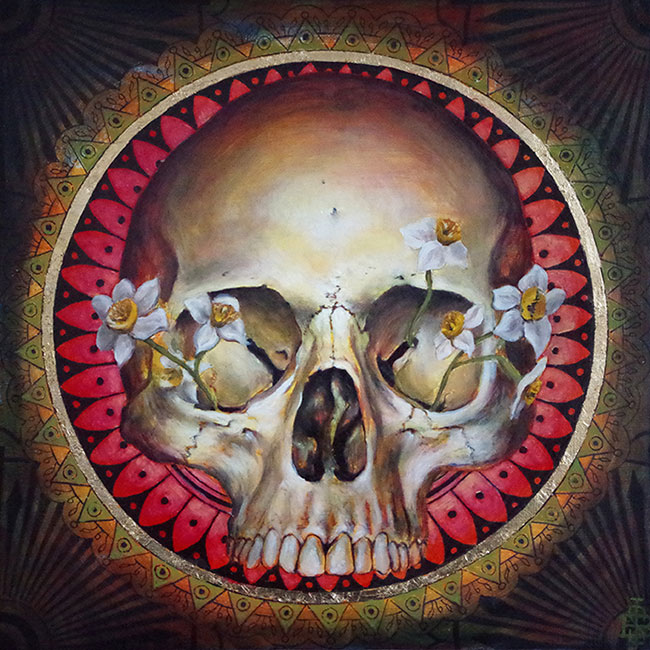