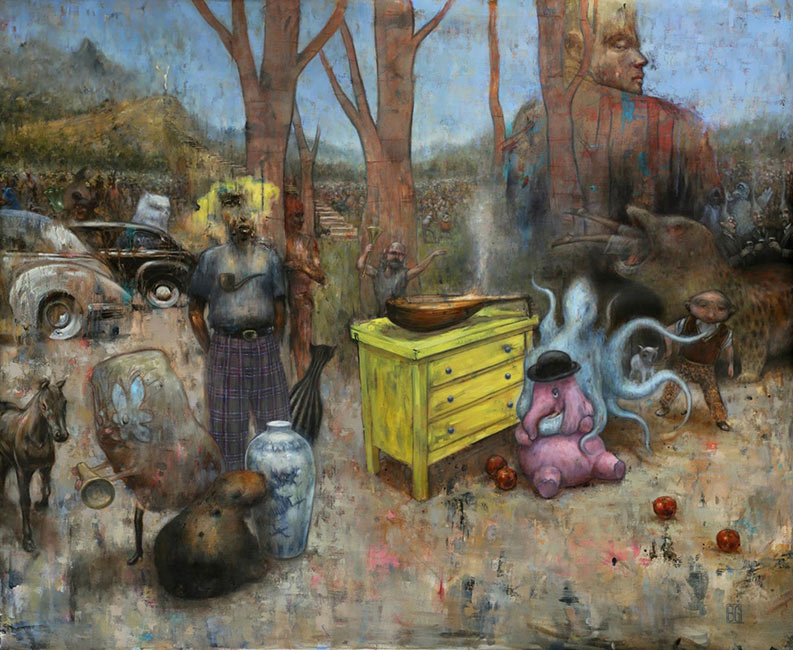 Born in Germany to English parents in 1971, Brad Gray has travelled widely, living and working in Ireland, England, Saudi Arabia, Borneo, Colorado, Sardinia, Vietnam, South Africa, and China. After two years serving in the Marines, Brad enrolled in Illustration at Bristol Technical College before studying at the Falmouth School of Art in Cornwall until 1994. The artist had a successful career as an illustrator in London until his move to Saudi Arabia in 1999, where he worked for six years as an art teacher alongside his wife. Later settling in South Africa, Brad established himself as a full-time artist, earning a reputation for his theatrical and richly symbolic scenes. After undertaking the Swatch residency in Shanghai, China, Brad has since returned to Ireland with his wife and three children. He has recently completed an artist’s residency at Cill Rialiag (West of Ireland) after a three-month residency in Bavaria, Germany.

“My works range from small, atmospheric oils to large, more complex compositions. The smaller pieces focus primarily on texture, creating mood and movement through the use of strong tonal ranges and loose brushstrokes. The larger works are often theatrical in nature depicting an array of peculiar characters thrown together in a world not entirely of our own. Influences of Bosch, Bruegel and Neo Rauch are evident in their compositional arrangements. I employ fantasy and satire to unravel the complexities of the human story. The works are rich in symbolism, reflecting life experience and issues of a wider nature. The paintings are often deeply personal that mirror contradictions within all of us-light and dark, peace and violence, life and death. Such dualities fill our lives. Despite having a conflicted outlook I weave humour through the narratives of my work, conveying the absurdity and pathos of a situation.” – Brad Gray 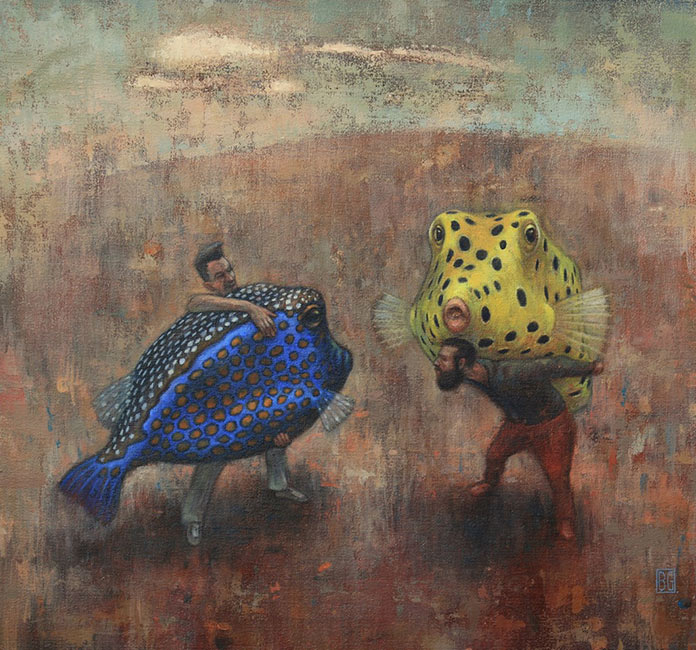 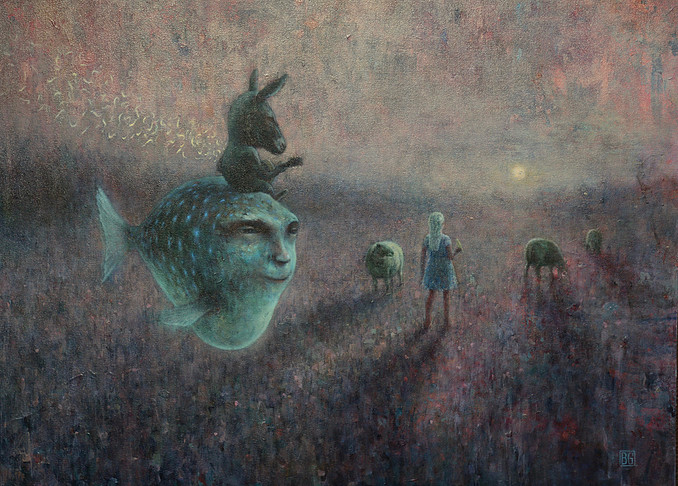 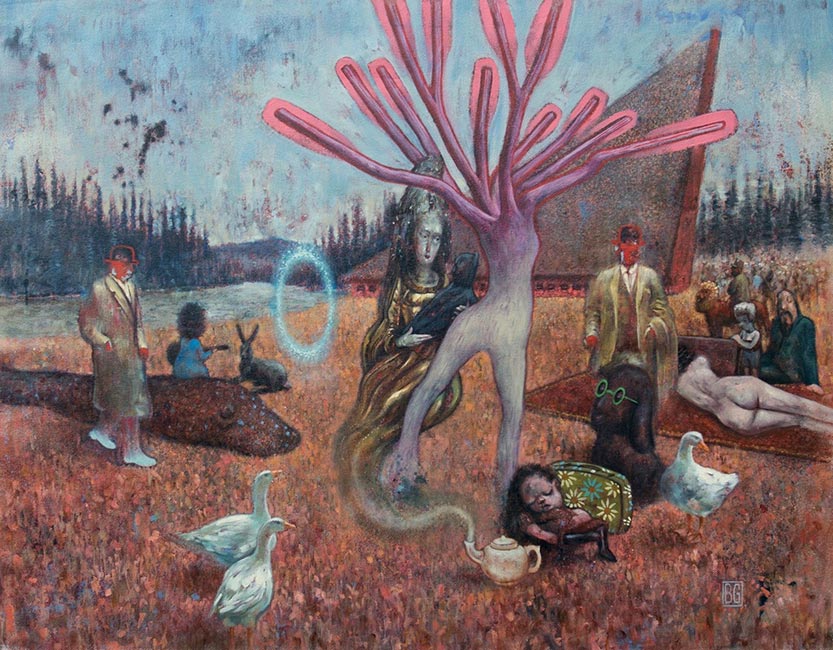 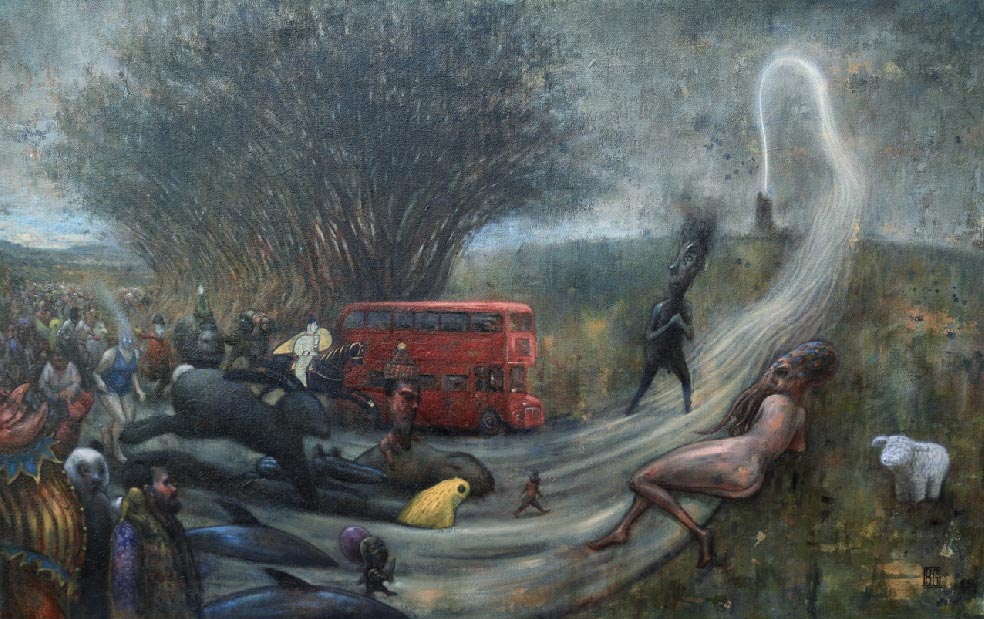 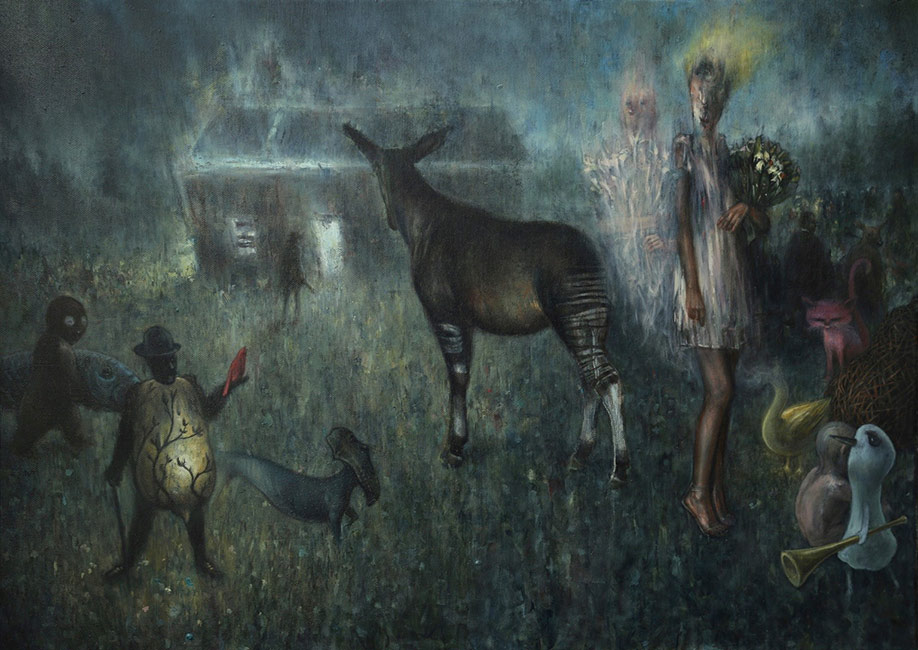 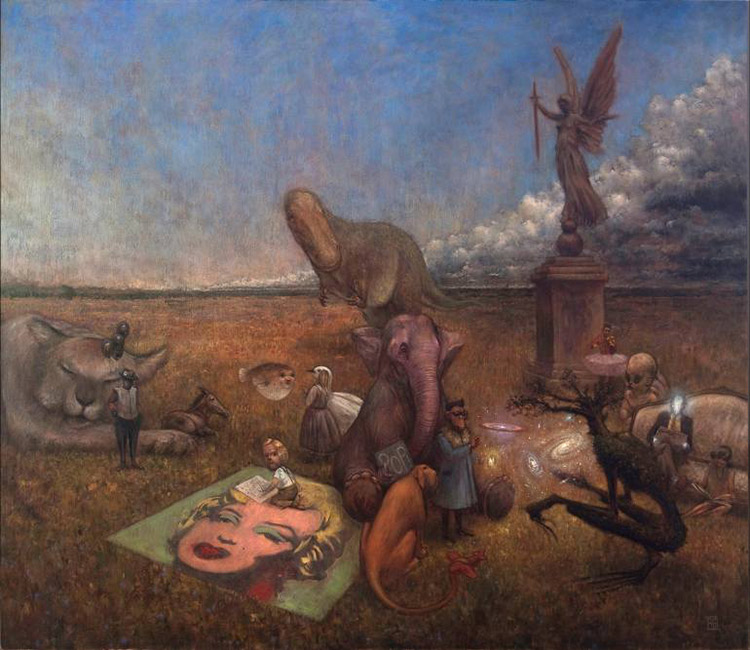 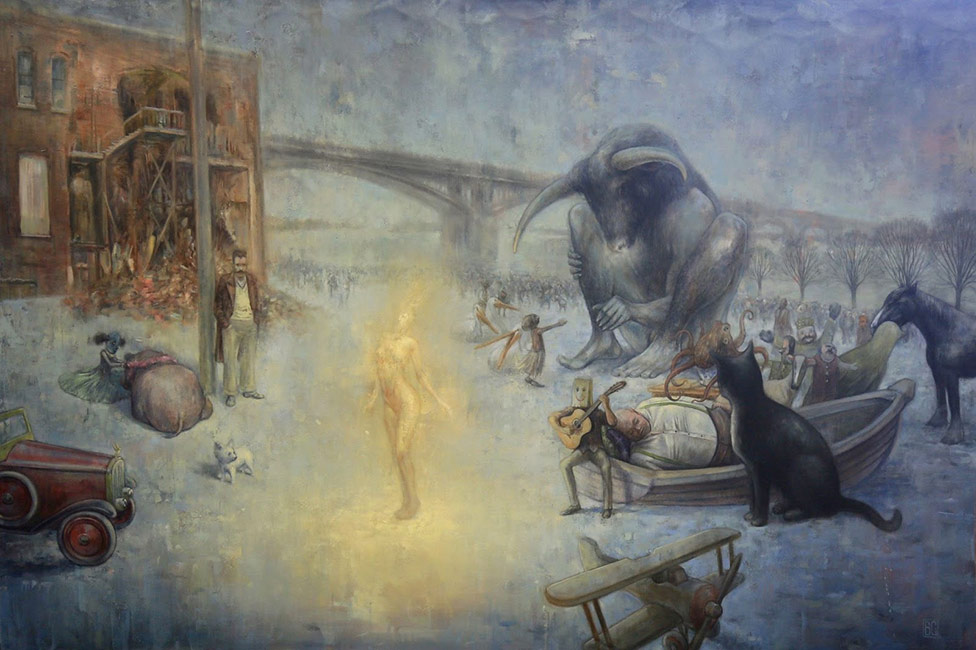 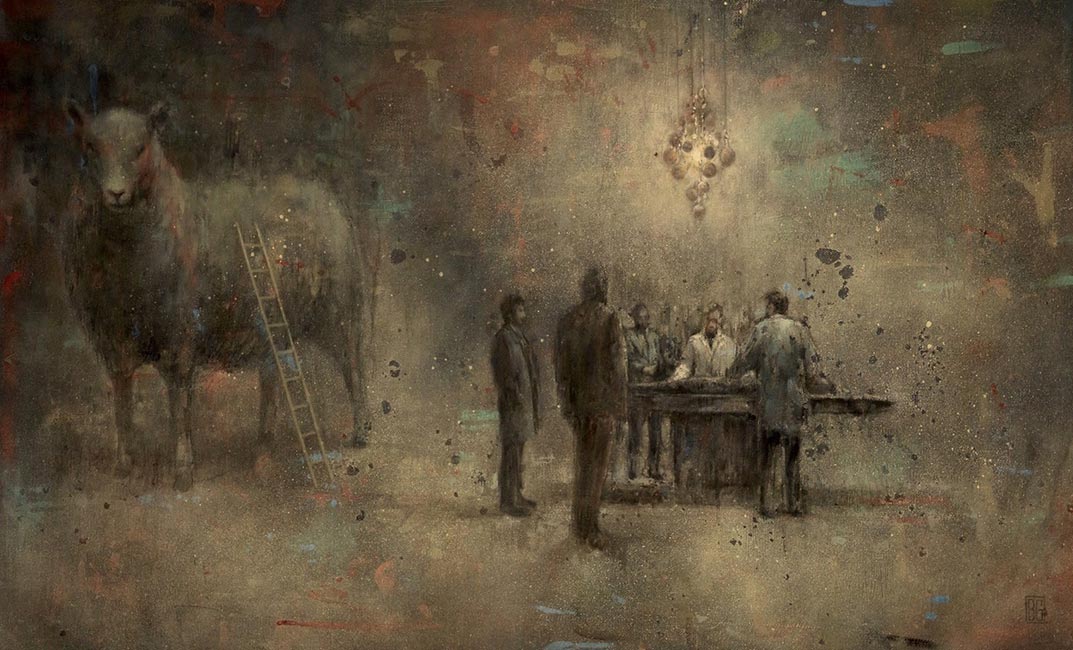 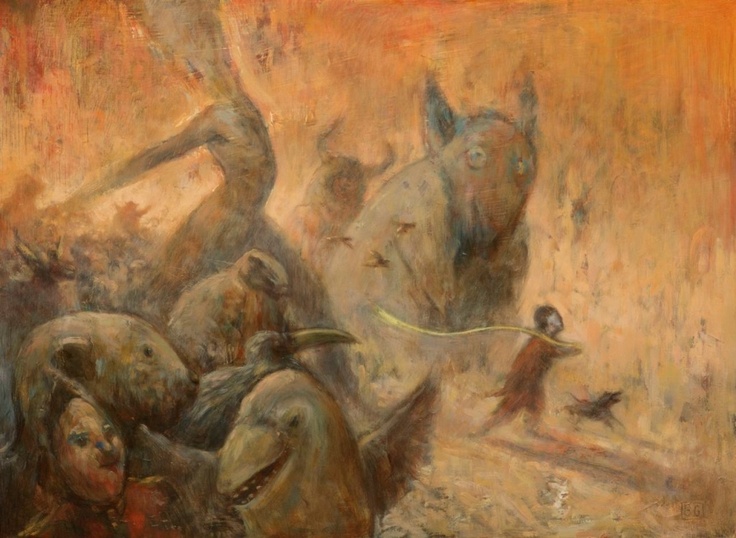 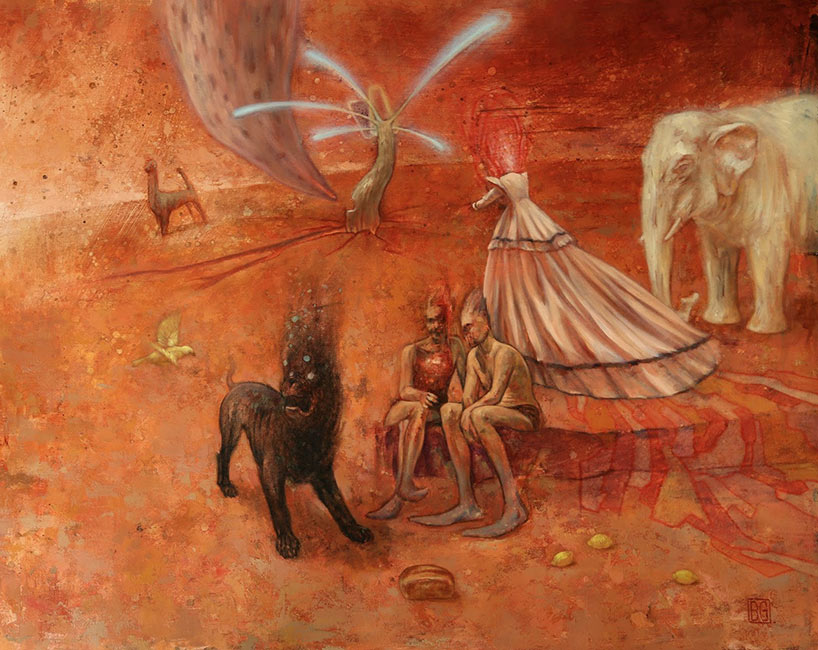 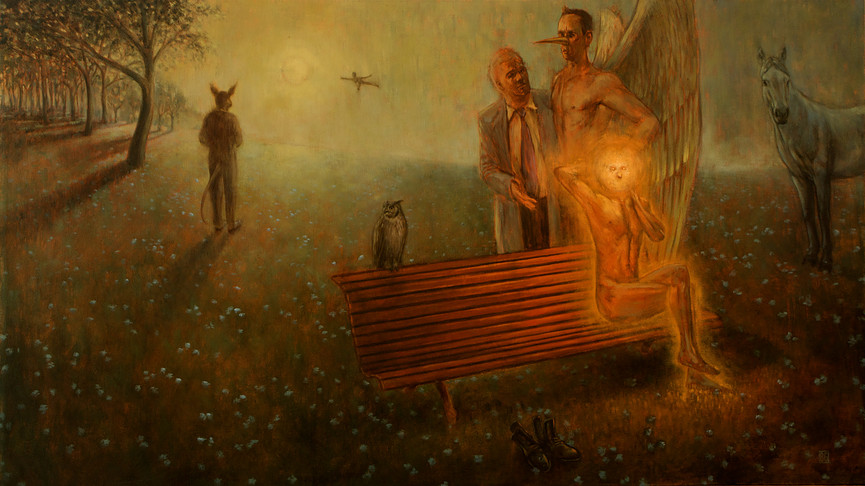 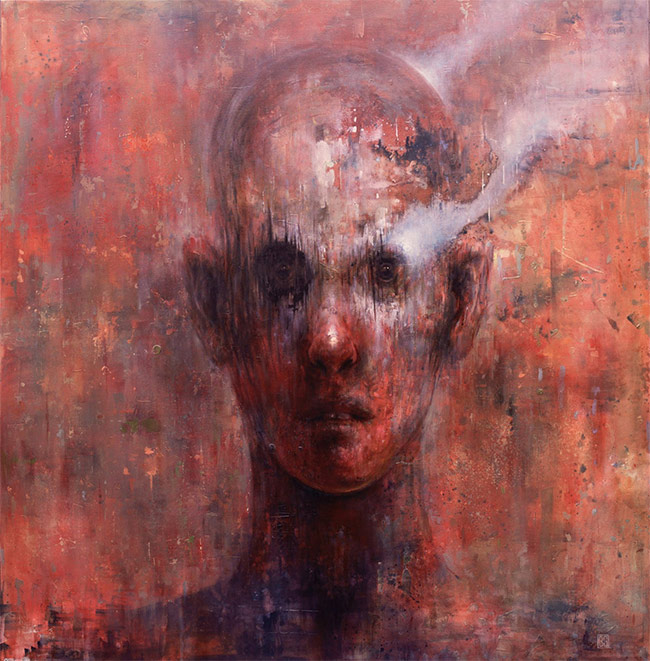