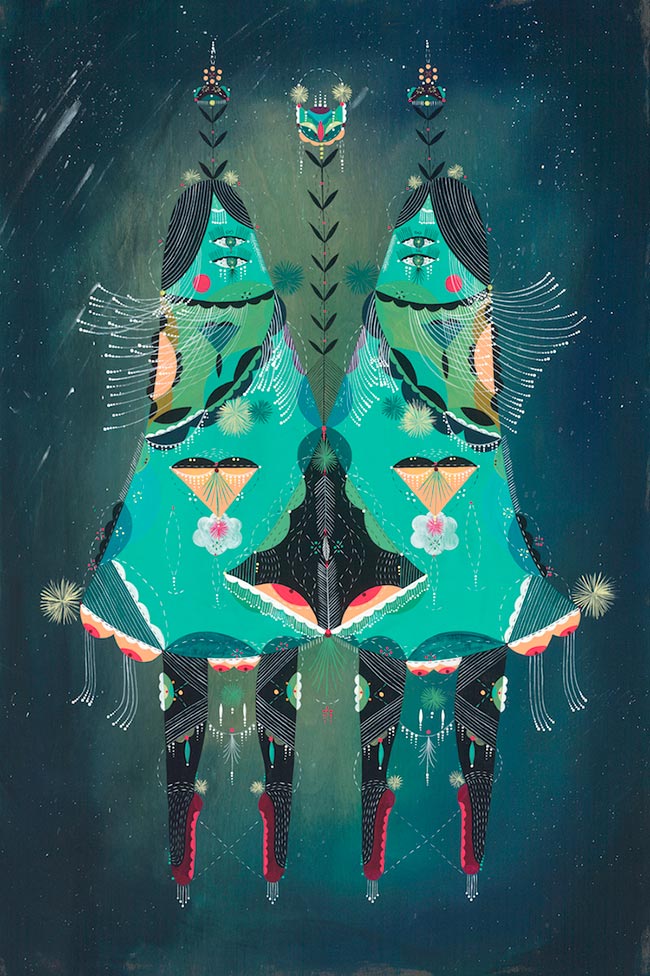 Bunnie Reiss was born in Maryland, but raised mostly with the wide-blue sky’s of Colorado. Having come from a large Polish/Russian family, eating, loud talking and community shaped her life. She was a tiny rebel with a large imagination, knowing at a young age that she quite didn’t fit in and the world was a much bigger place than quiet suburban landscape that seemed to endlessly surround her.

She moved to rural Colorado, studied literature, and worked for NPR and other various publications, while quietly painting on the side. Magic, mysticism and the stars slowly crept into her conscious, and she began almost obsessively studying anything she could get her hands on. With her need to travel slowly pushing her all over the world, she eventually left Colorado and relocated to San Francisco, which at the time was a hub for creativity and guerrilla art. Her almost 15-year life their included an MFA from San Francisco Arts Institute and years of creative incubation in wild streets full of weird art and people painting everywhere. She became herself here, found her community of artists that she would spend many years building, living and creating many things together.

After a small stint in France, and a few other areas around the US, Bunnie relocated to Los Angeles several years ago to pursue larger mural and installation based projects. Her work is heavily influenced by her Eastern European background, with its tradition of folk art, bright colors and community engagement. Her extensive travels have also added an extra layer of conversation, which make her creations unique. She has shown extensively in both the United States and around the world, in galleries, alternative spaces, bookstores, abandoned buildings, fields and forests, or any place that seems to need a little extra magic. Her brightly colored folk murals decorate many countries and can be found all over the world. Los Angeles, Mexico, Italy, Paris, India, Philippines, Detroit, Milwaukee, New York, San Francisco are just a few places you would likely stumble upon one.

“There’s always a commentary about environment in my work… it’s infuriating that people don’t believe that climate change is real. Looking at the evidence, if you’re not paying attention climate then you have a big, big issue going on. It’s always a major theme in my work that our answers will lie in our respect for mother nature. And things will change in a way that could be catastrophic or it could be beautiful, we just have to pay more attention and get back to our selves.

I’m not saying to give up on the internet or future or robots, but we have to figure out where the two worlds meet. We’ve gone way too fast. In the world of my paintings, there isn’t a lot of hard floor to stand on. This island is floating, this crashed into something and now it’s collecting other things that are floating. It’s building itself.” – Bunnue Reiss (Juxtapoz) 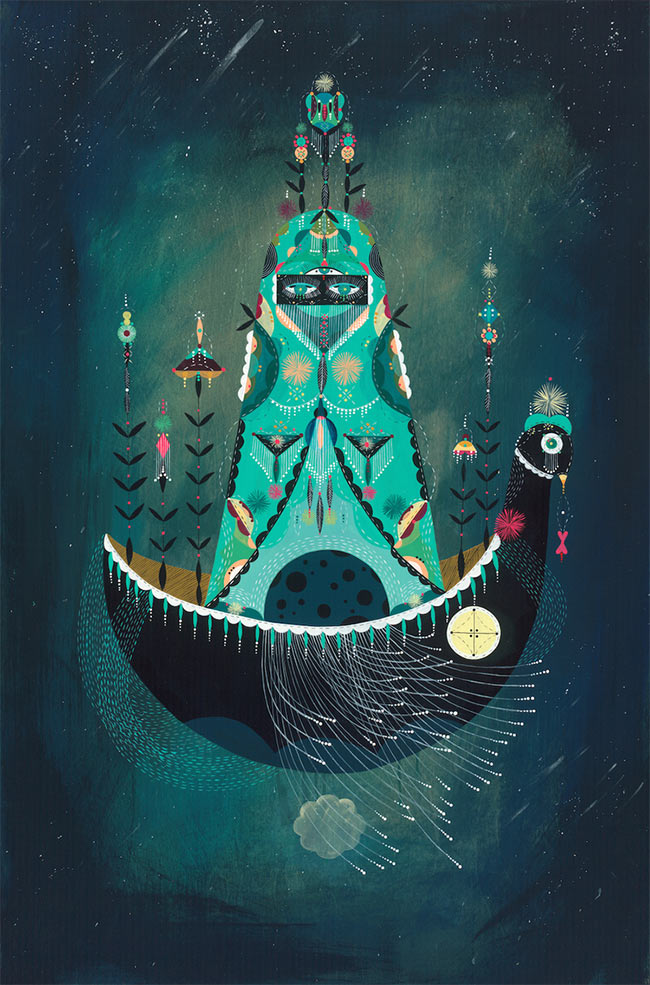 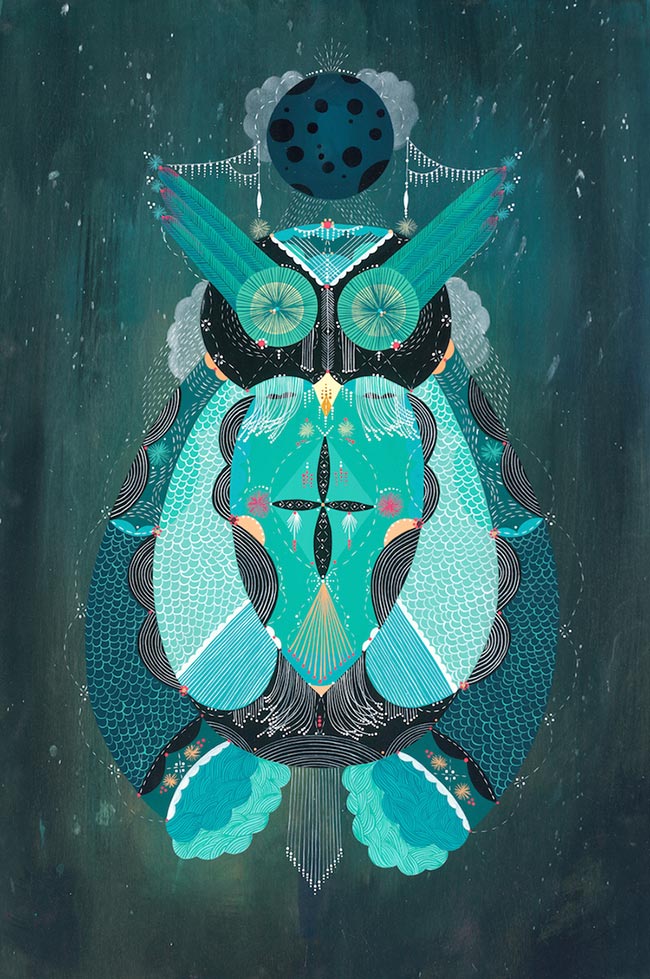 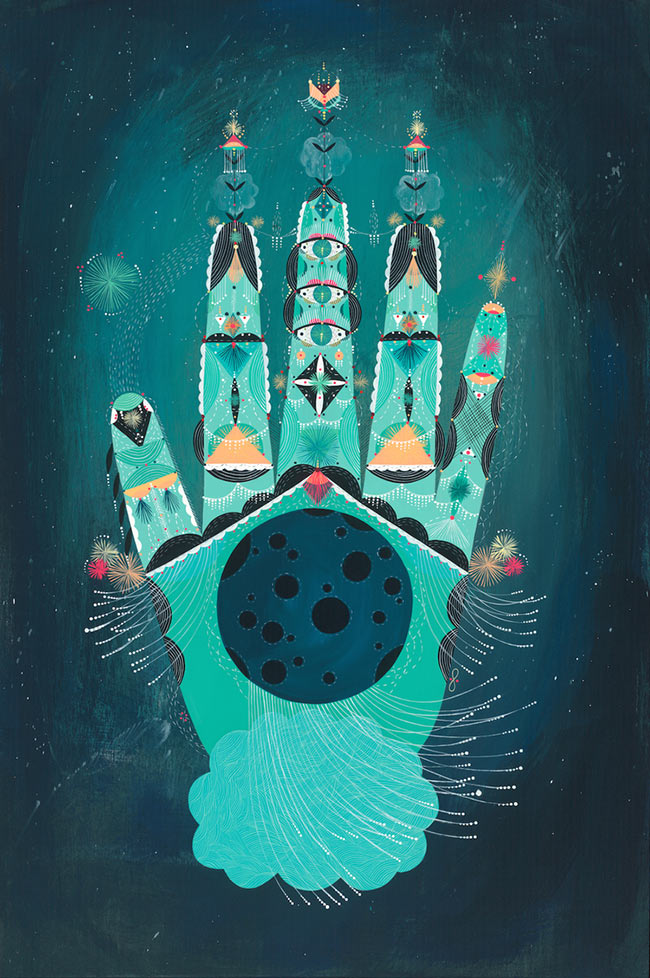 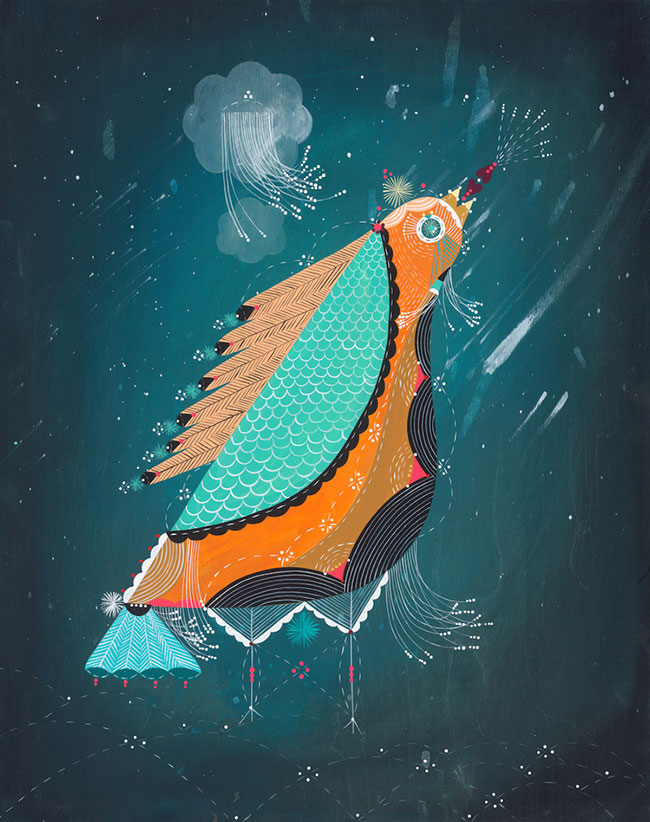 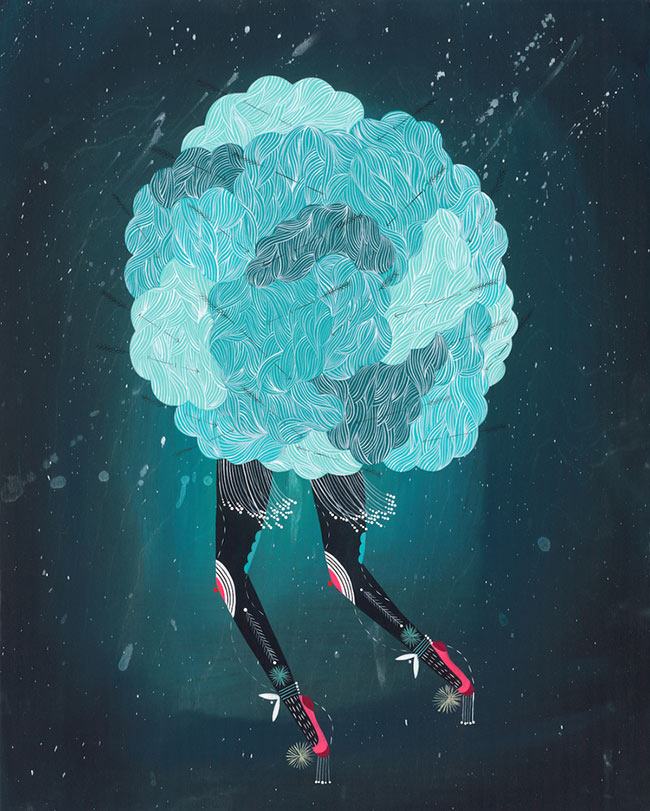 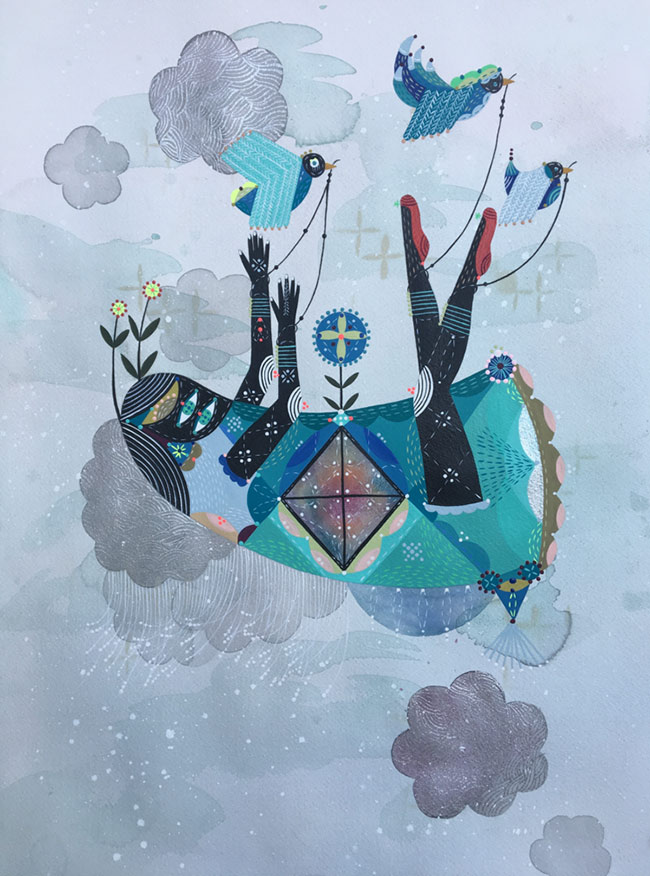 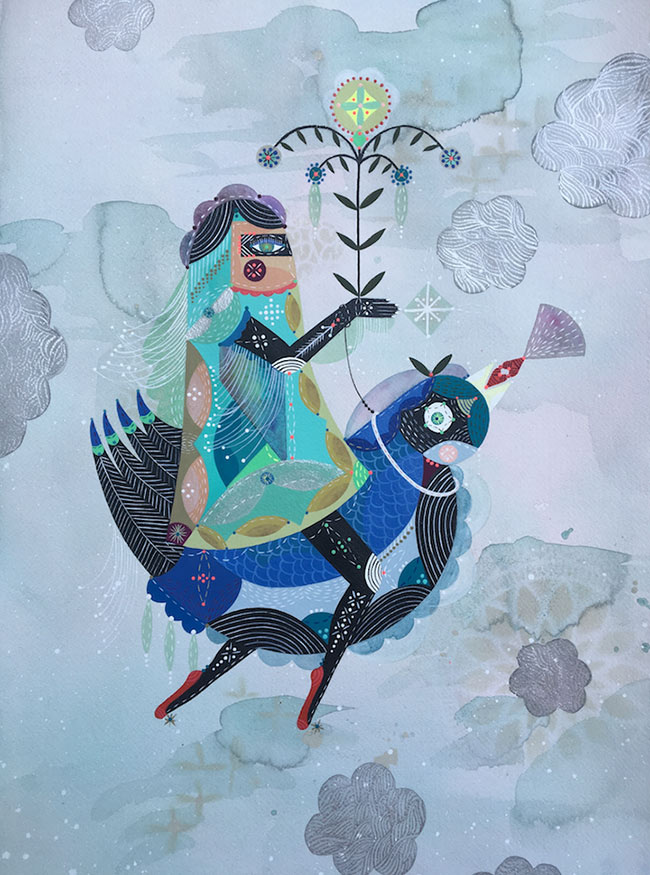 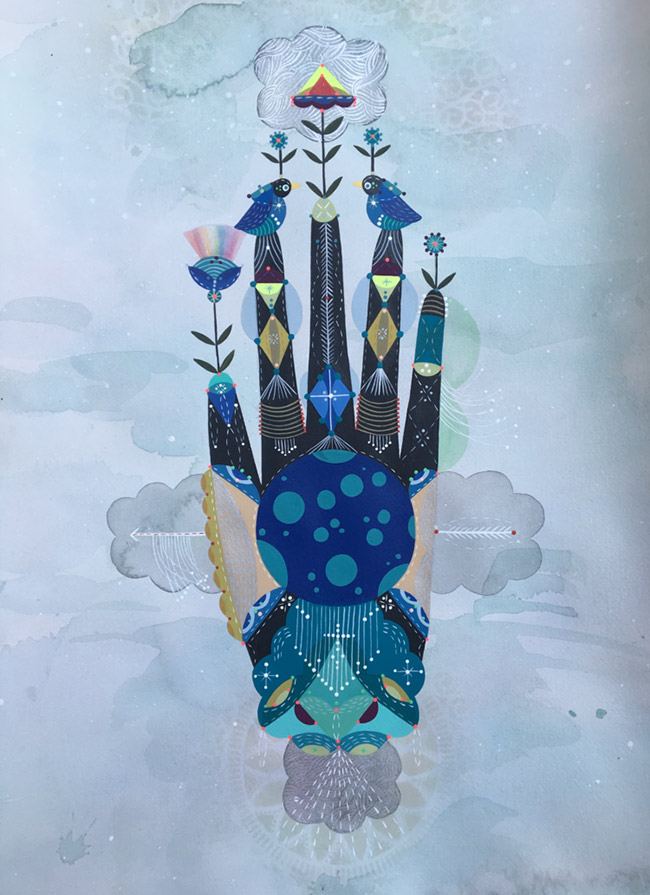 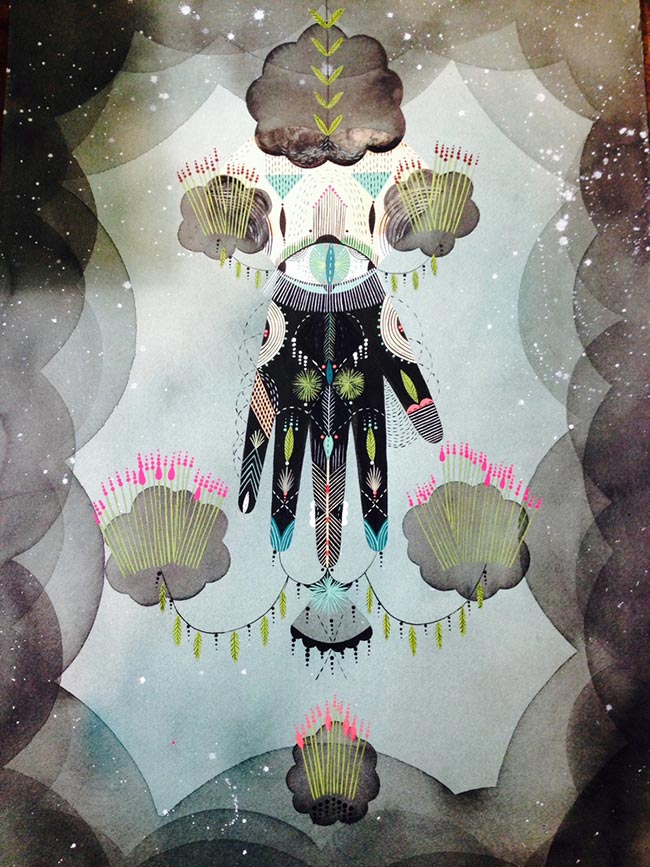 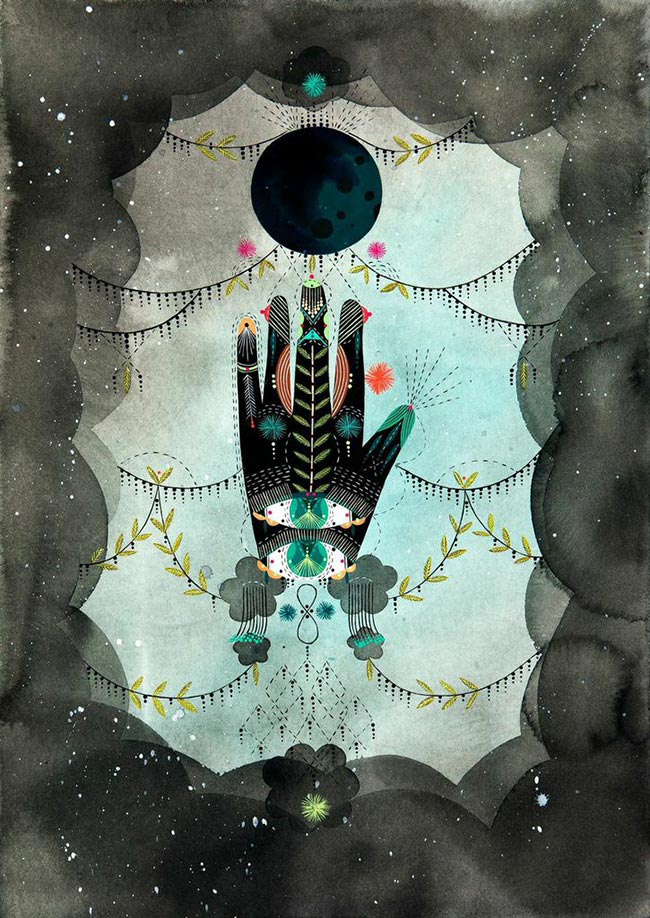 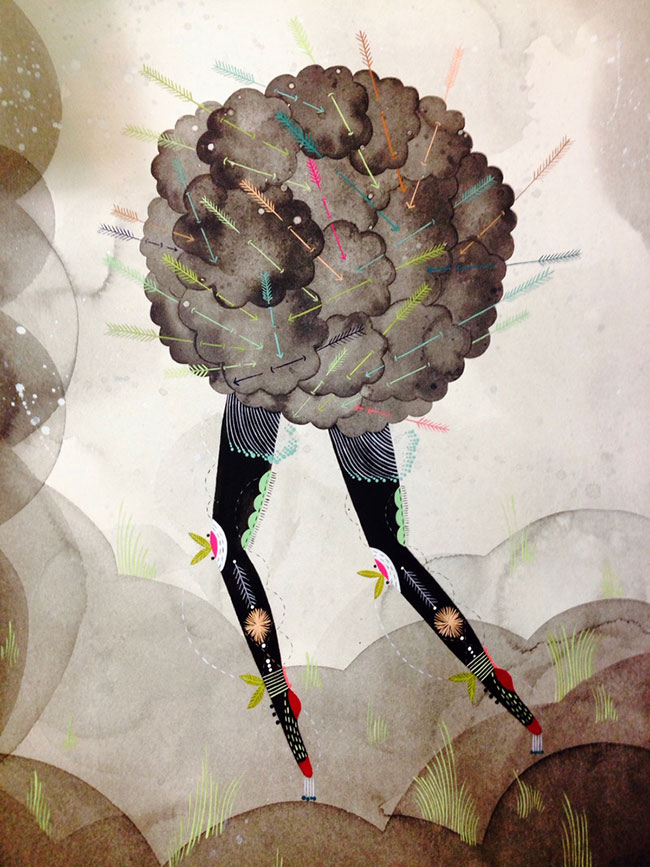 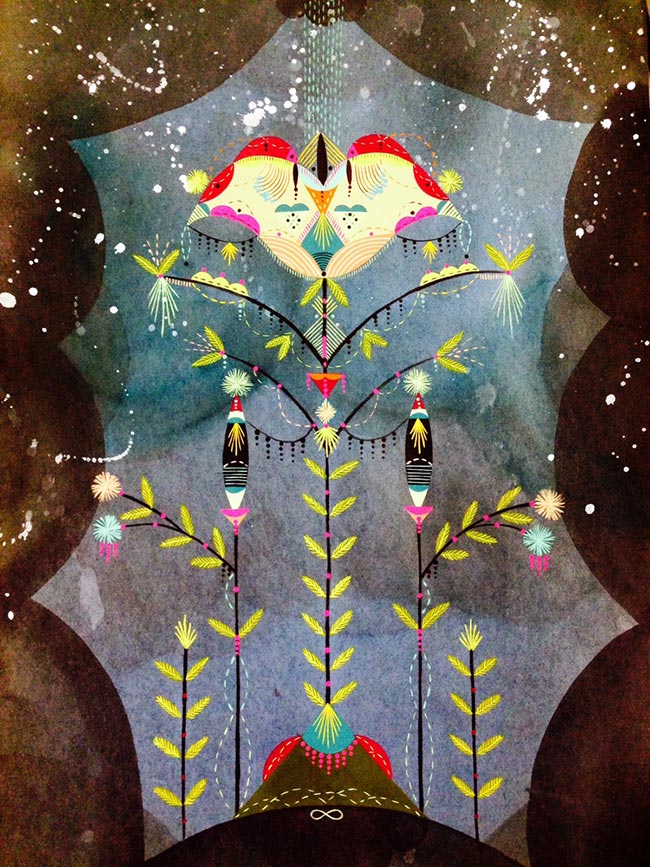 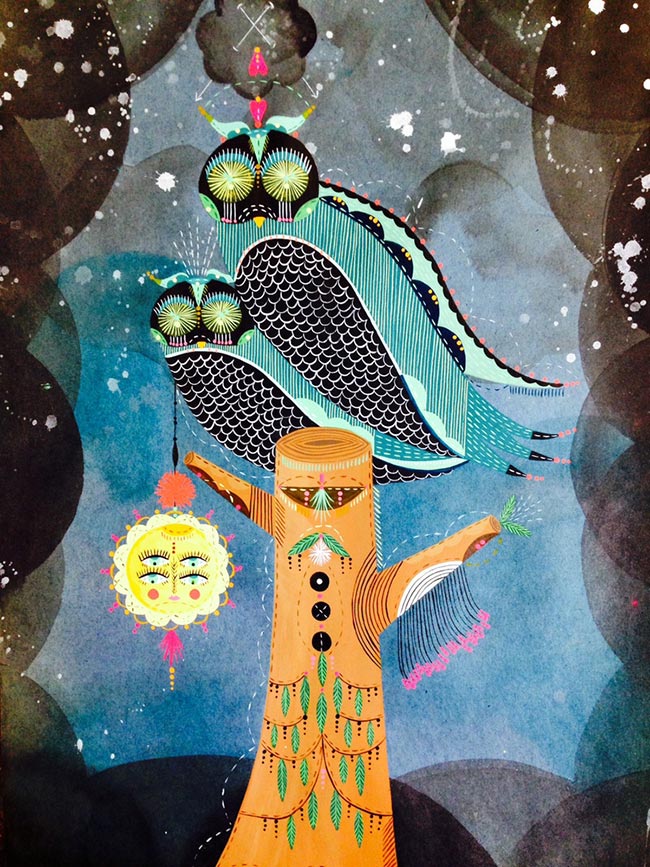