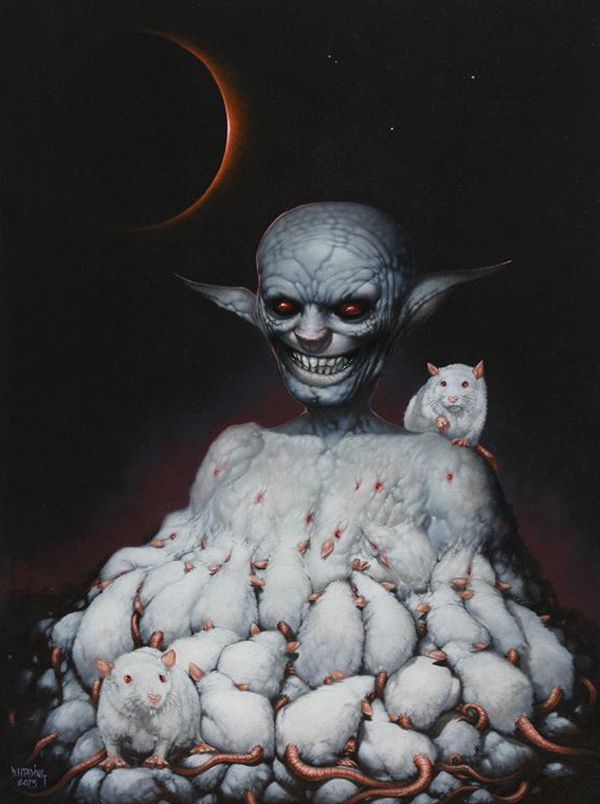 Dan Harding was born and raised in central New Jersey where he grew up with a passion for anything to do with horror. As a young boy he whiled away the hours reading old horror zines, comics and books, as well as watching an unhealthy amount of television. This sparked his interest in art, wanting to create his own monsters. He spent his teenage years doing art for friends and bands, until he moved to Pennsylvania, during which time his art ended up taking a back seat to life. In the late 90’s he began to feel the urge to get back into art, so he decided to start teaching himself the rudiments of oil painting.

Never having any formal training it was a long drawn out process, but he loved every minute of it. He eventually began to get jobs doing CCG art and magazine and book covers, here in the US, as well as in Europe and Canada. He eventually moved back to New Jersey where he still resides, continuing to paint and work in fine art restoration.

“I definitely try to blend other emotions in there besides just horror. I like to give them the feeling that as horrible or scary as they are, you’d still want to approach them. Plus, I think it makes them more interesting and I love to hear what people think some of the creatures I paint might be feeling, or how they interpret their expressions. Sometimes they see things that are really cool that I didn’t intend and that is definitely inspiring too.” – Dan Harding (Cvlt Nation) 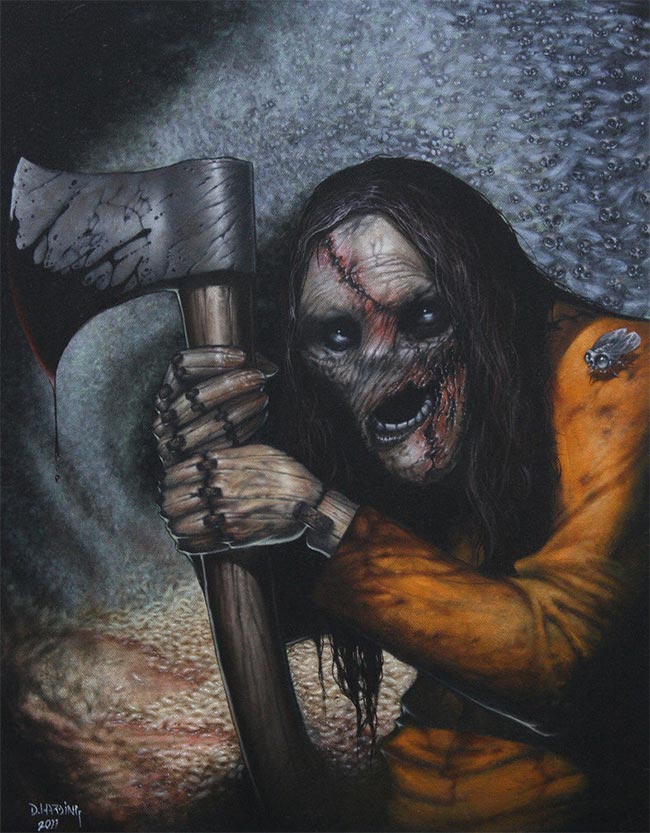 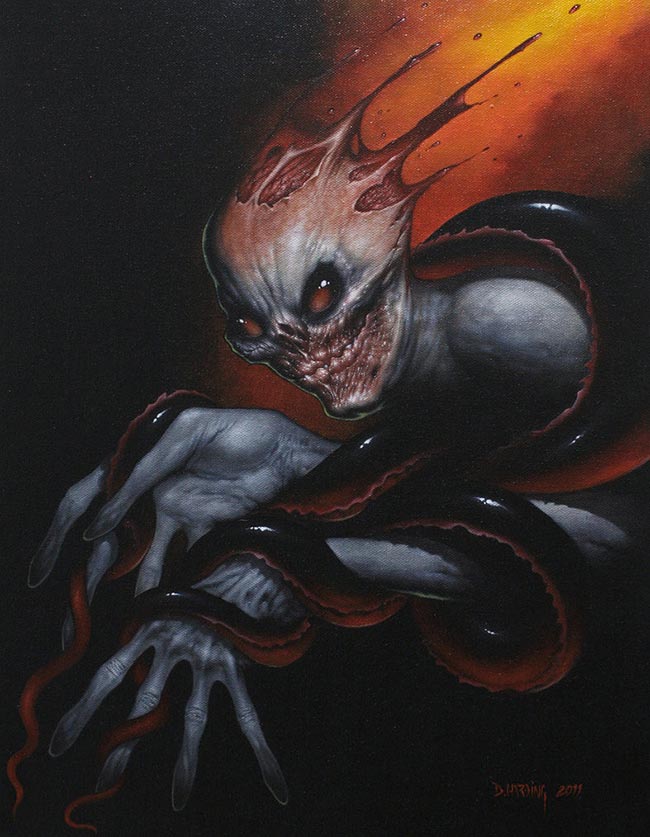 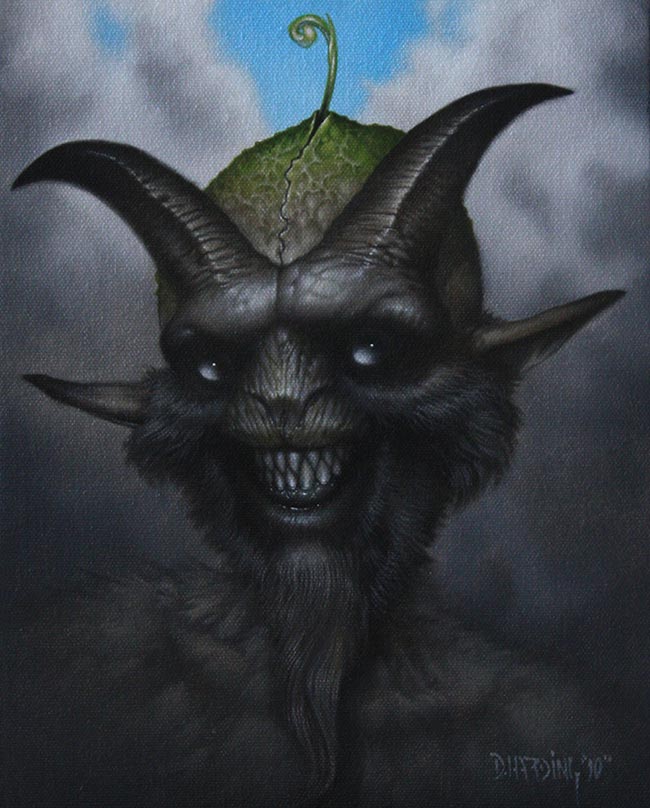 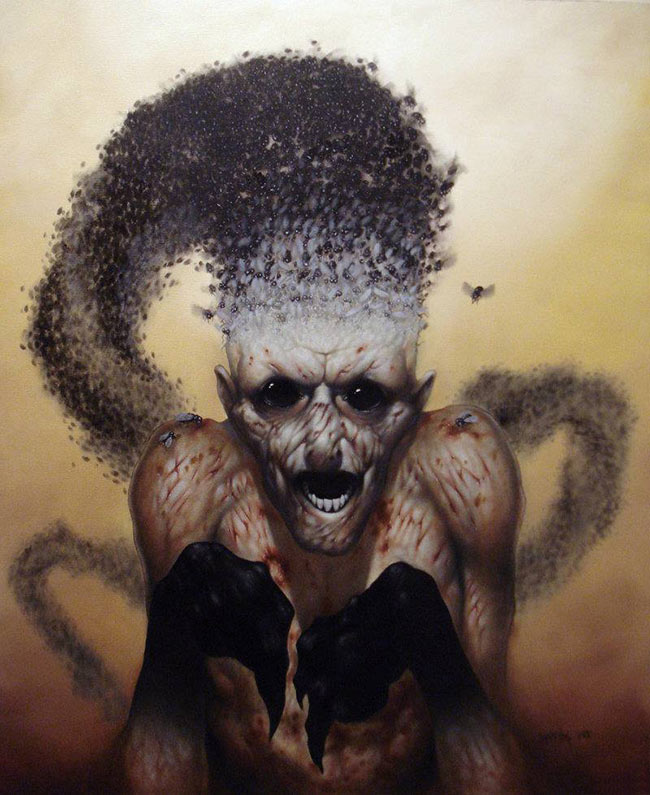 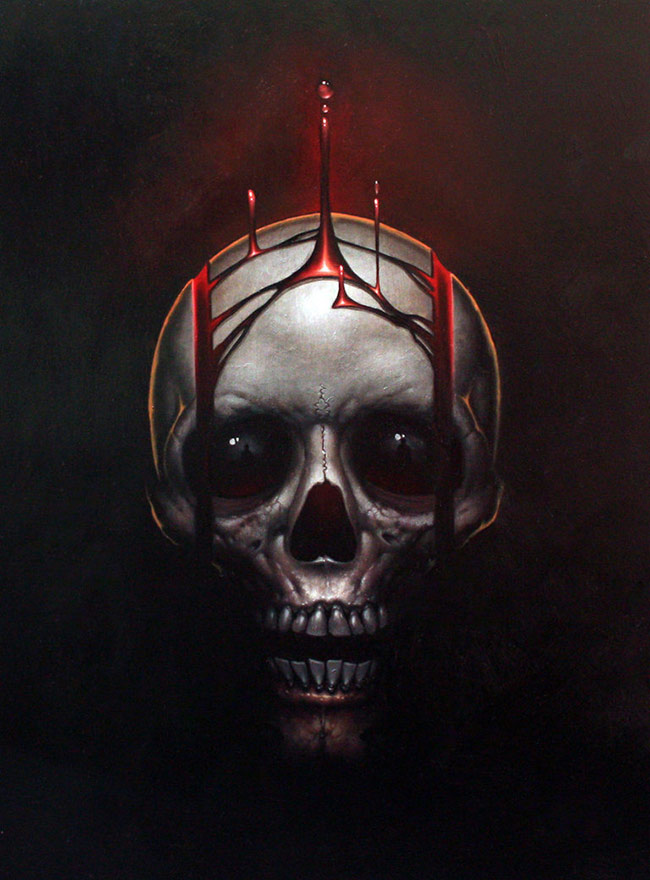 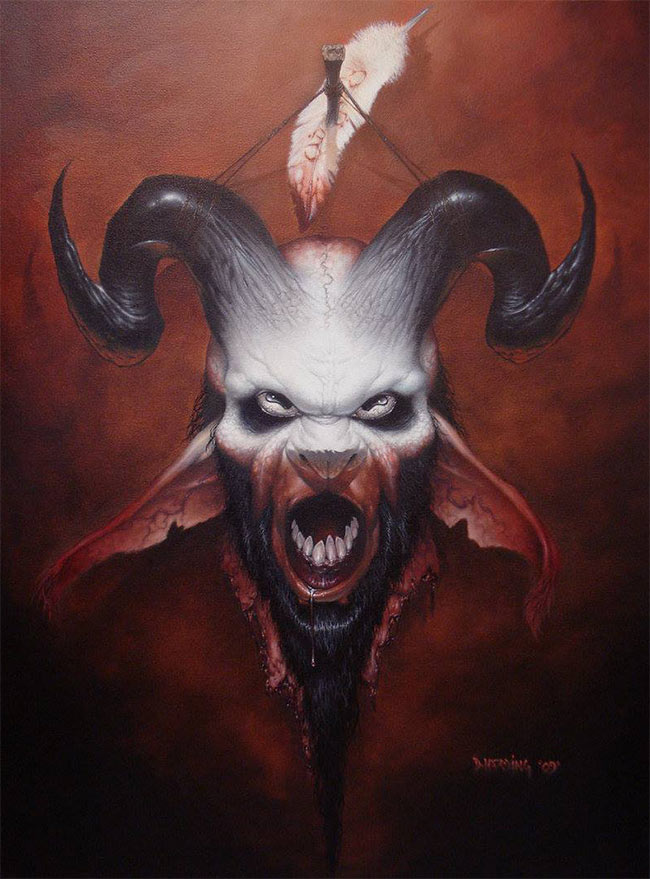 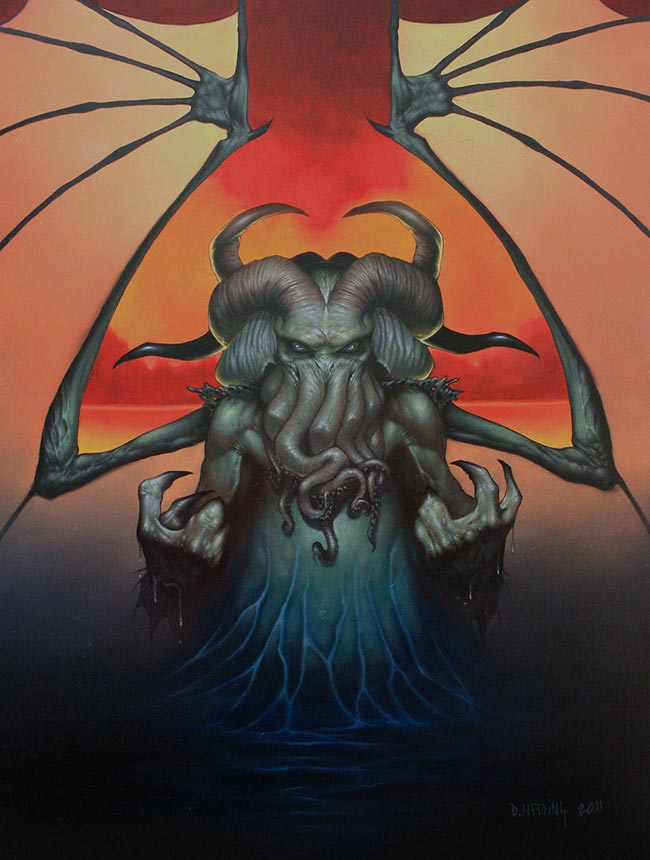 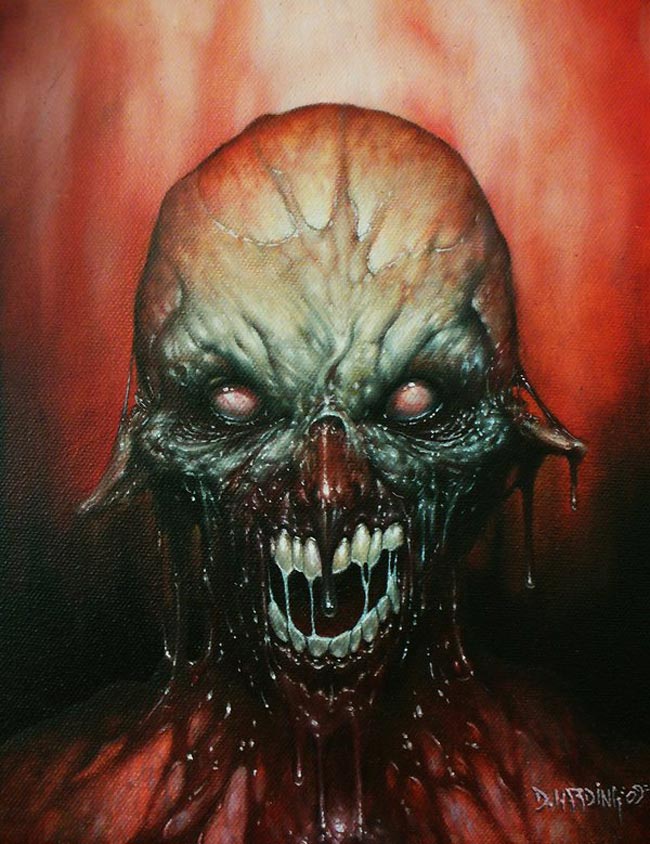 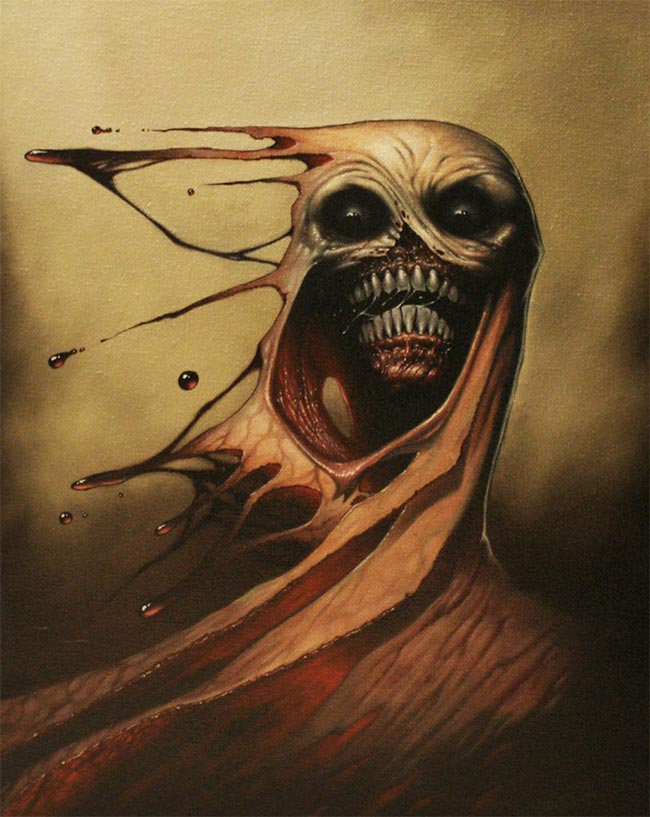 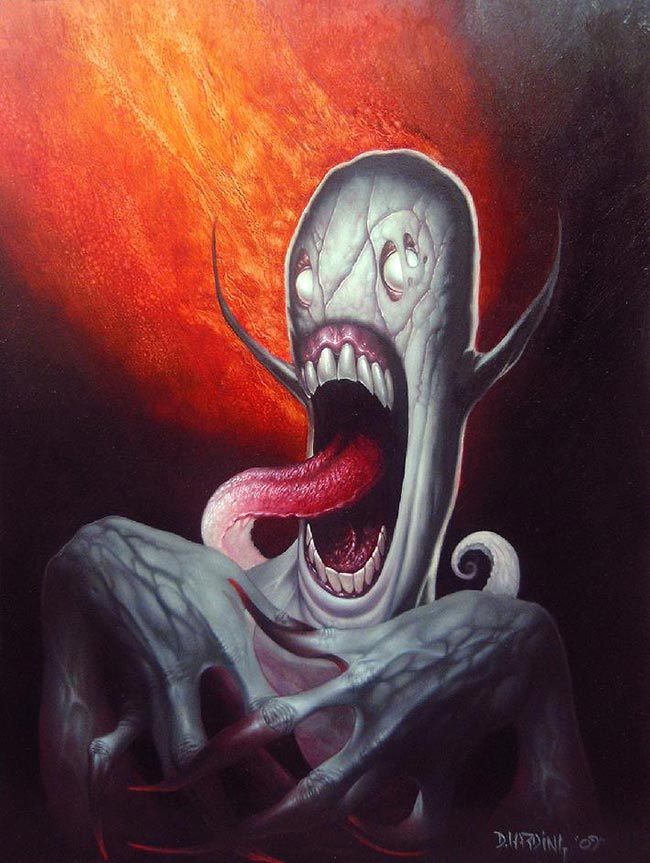