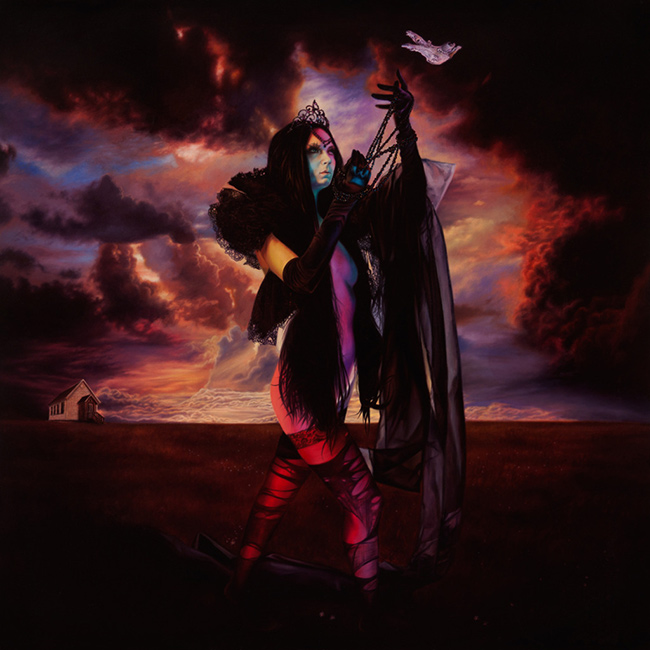 David Stoupakis was born in Newton, Massachusetts, in 1974. He currently lives and works in New York. His work, inspired by fables, fairy tales and nostalgic allusions to the places and situations of his childhood, has always been focused on the evocation of dreamlike landscapes and psychologically complex characters often caught in the gloomy atmosphere of dramatic, apocalyptic scenarios. From the first works of the series God is Dead, The Hours and Murder of us, characterized by a more essential compositional structure and imbued by manifold references to the religious symbolism of Medieval art, to the exquisitely intricate narrative of his other works, David’s artistic production, broadly influenced by Renaissance art, has recently evolved towards a more sophisticated synthesis of both content and form. David’s characters and their interactions with their own microcosm can be instrumental to understanding his creative process and his ability to turn certain memories and anxieties into well-rendered depictions of his interpretation of reality, whereas his palette is and remains an extension of his emotional and intellectual response to the world.

“I can’t be sure about why I started painting, many years ago, however it might have something to do with my attempt to resolve the issues related to my past. When I was younger I got fascinated by my favorite artists and their aesthetic, and I began to delve into art history and literature with the curiosity of an enthusiastic child looking for inspiration. After a while, driven by the urge to take up a spiritual path and intrigued by the mechanism of the human mind and behavior, I started devoting most of my time to drawing, painting and trying to figure out a way to catch and visualize my own perceptions – until one day I realized that my dreams, feelings and esthetic experiences had turned into some sort of cathartic experiment: it felt like a relief, it felt like therapy, like punching something and reducing it into pieces, although rather than destroying the object of my obsessions, I then opted for a more ‘alchemic’ manipulation of the sources I used to draw from to create my surrealistic paintings. We have the power to transform our worst concerns and nightmares into concepts and images permeated by the aura of a universally comprehensible meaning: the ability to identify and ultimately share certain ideas with my audience is, indeed, one of the main reasons why I decided to become a painter, although I’ve also been using my art as means of self-reflection, self-exploration and self-expression to analyze and process my personal vicissitudes. Now my work is less theatrical and more focused on the human mind and condition.” – David Stoupakis 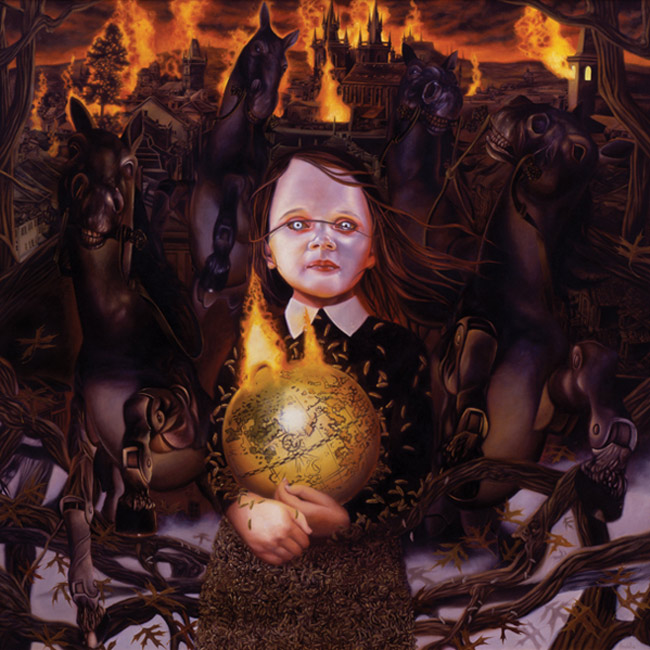 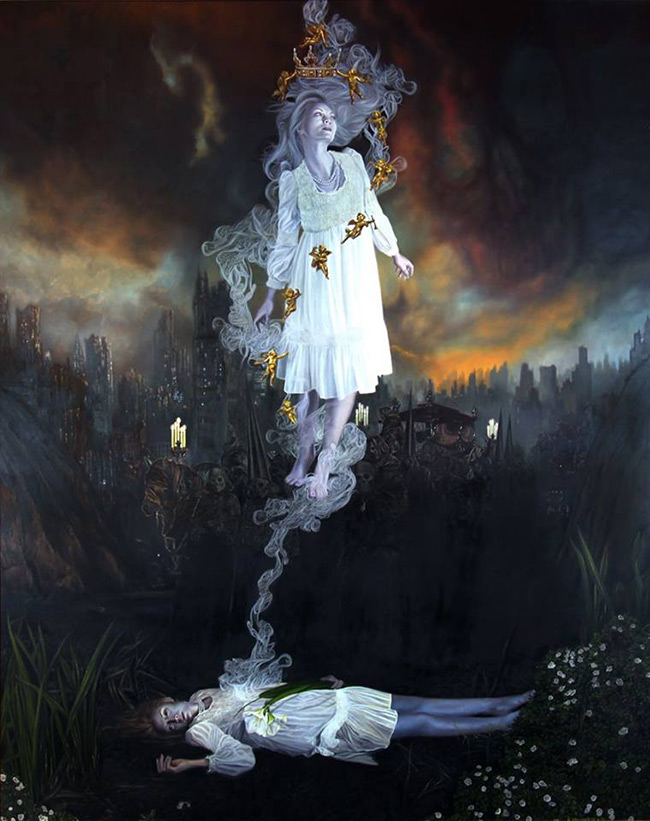 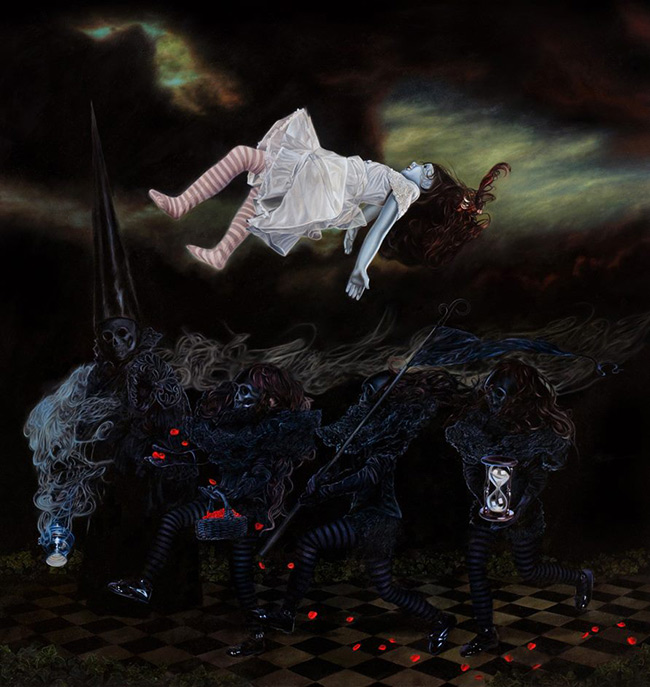 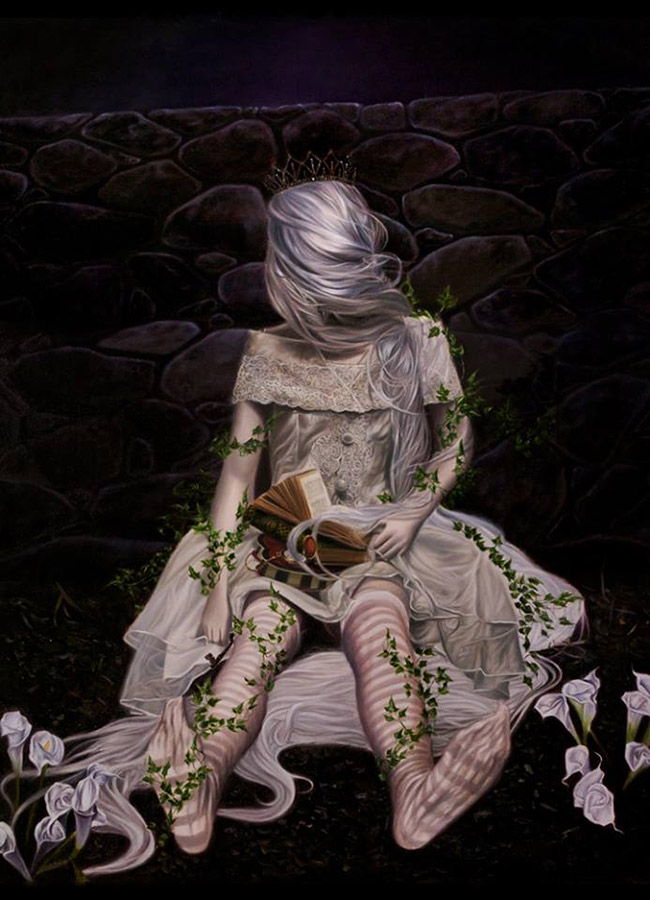 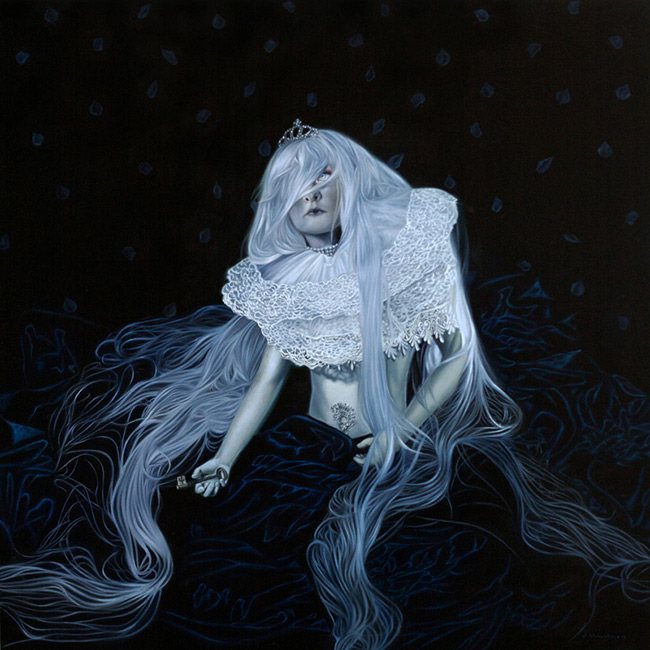 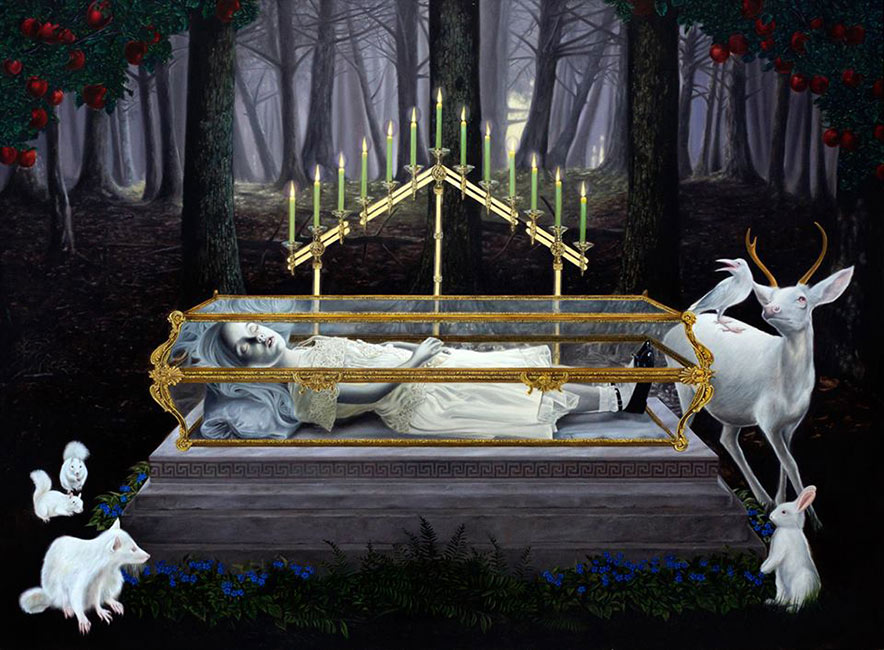 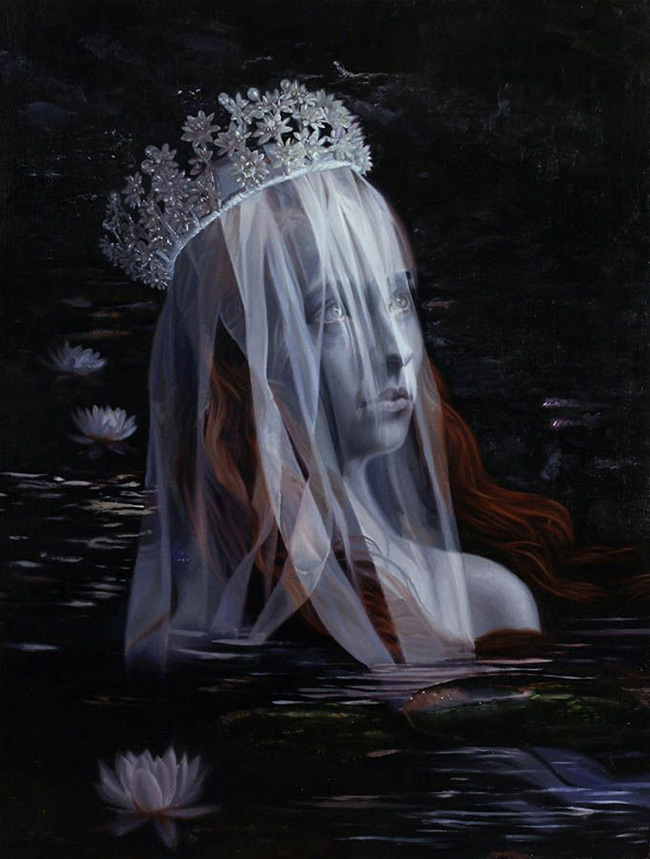 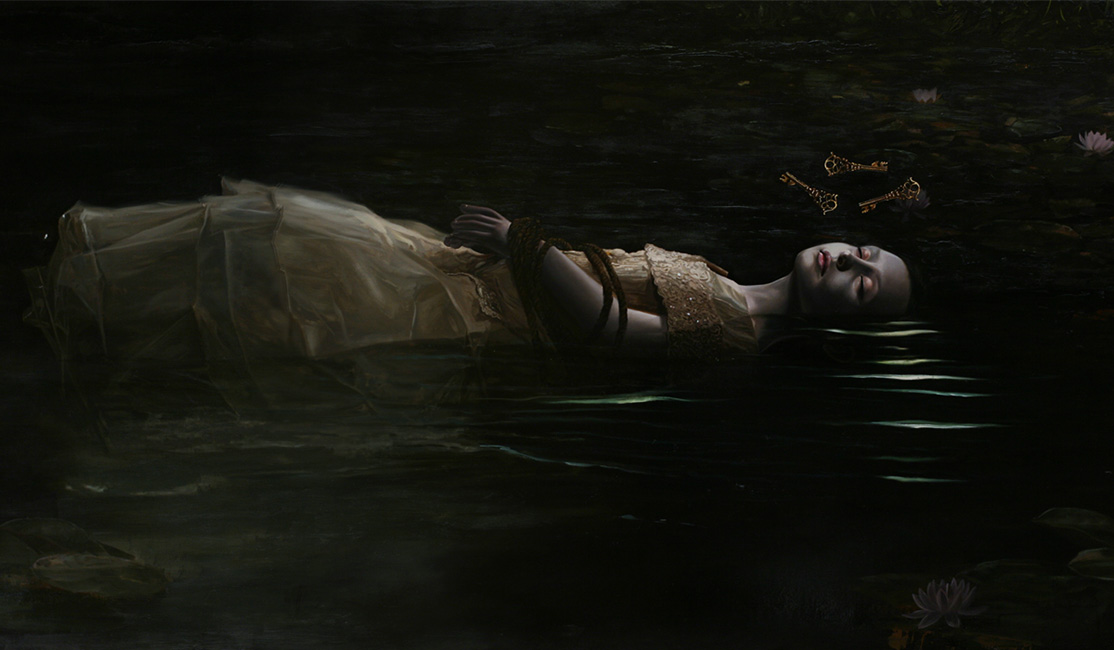 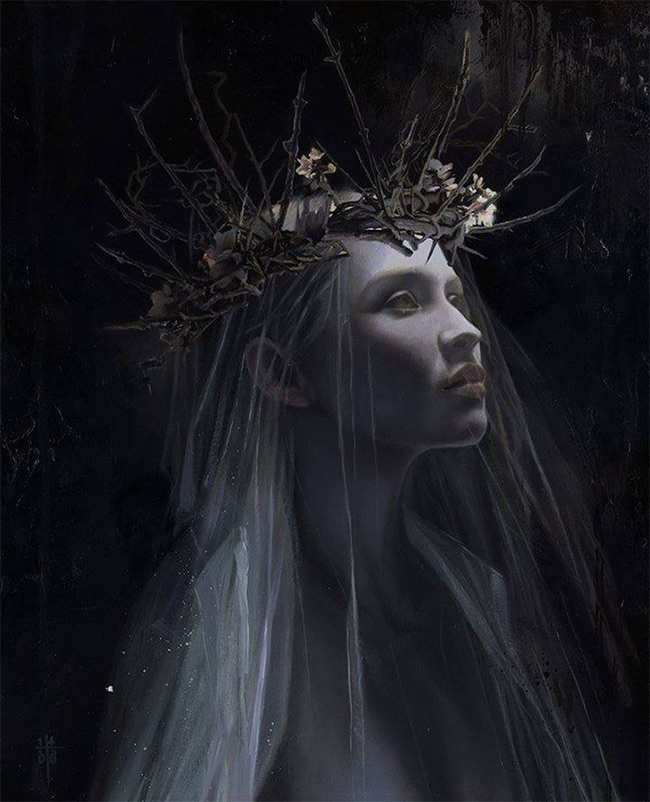