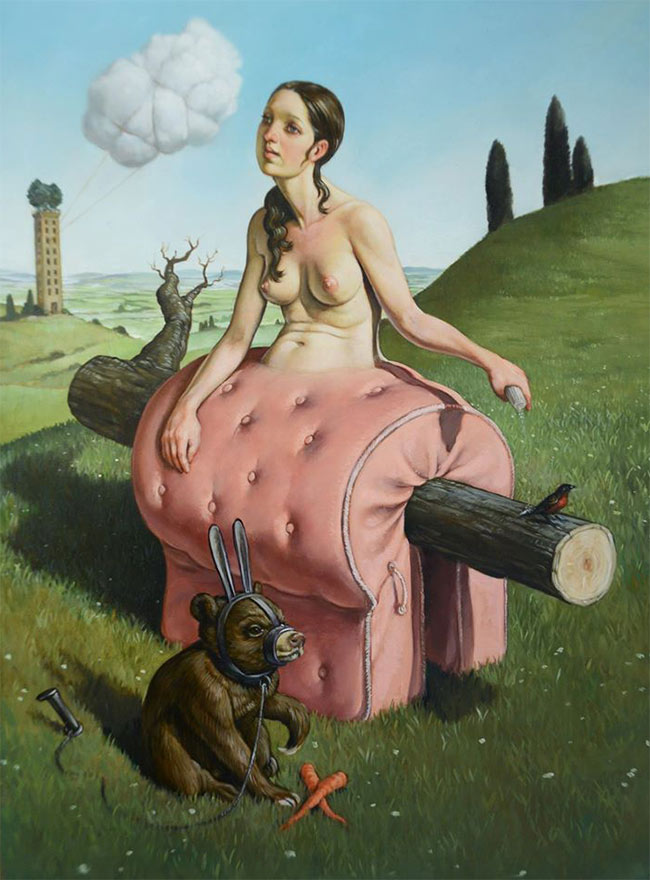 Erik Thor Sandberg approaches each composition as if it were a conversation between the artist and the viewer. The dialogue thus generated by his work always questions and attempts to define human identity (and scraps thereof). Using symbolism both established and personal, Sandberg creates narratives without definitive beginnings or ends; he captures pivotal moments and isolates them from time. Upon these suspended moments, the artist abstains from casting judgment and rather, empathizes with the figures that are often transfixed by self-wrought disaster. Traditionally, Sandberg’s work has depicted secular scenes of vice and virtue from a standpoint that human nature is inherently flawed. More recently, these fundamental flaws in life have continued to draw Sandberg to dissect and expose pieces of human nature. His skillfully crafted images, both miniature and larger than life, reveal the unexpected way in which imperfection makes life interesting. How often the disturbing and the grotesque capture the viewer’s gaze before the beautiful! Yet, beauty, eternally appreciated, remains an essential component of Sandberg’s work as it contrasts the unsettling and unsightly elements of these imaginary worlds that hinge, unsettlingly, on the verge of our own.

“I use the human form as a metaphor to help convey whatever the message for a particular work might be. If a figure is broken or misshapen then the idea or notion that they represent is somehow flawed as well. I draw a lot from old allegorical imagery and iconology that made use of the same structure for its narratives. It is also why a good deal of the figures in my paintings are female. When I started the Vice series, I looked at very early representations of vice and virtue all the way back to Prudentius. All of the vices and virtues in his poems were female because the Latin words that represented all of these abstract notions were feminine. I kind of liked sticking to that translation of the text to physical incarnations. The figures I tended to stray from that gender assignation were the vices that I felt connected to the most. Those I made males.” – Erik Thor Sandberg (Don’t Panic) 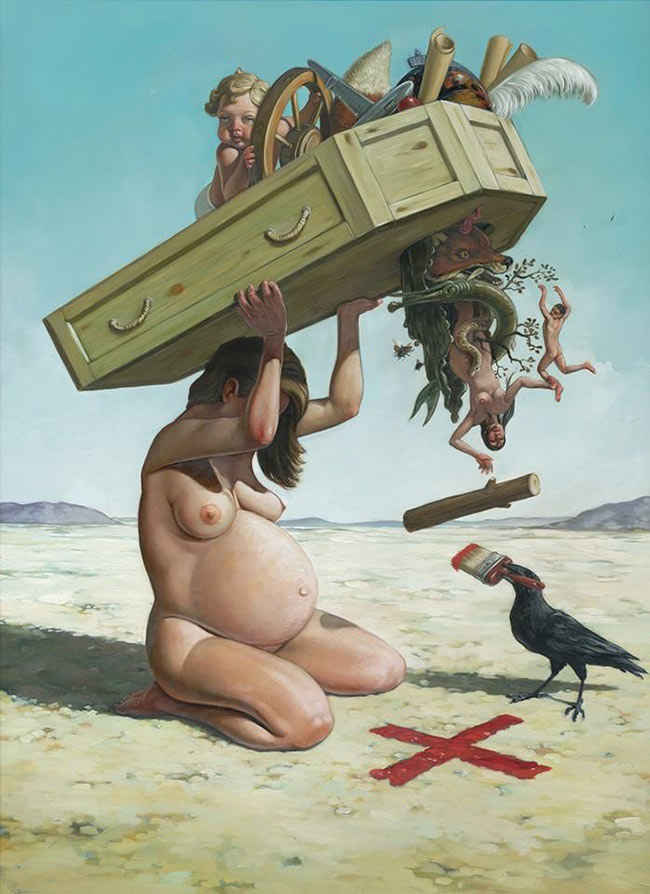 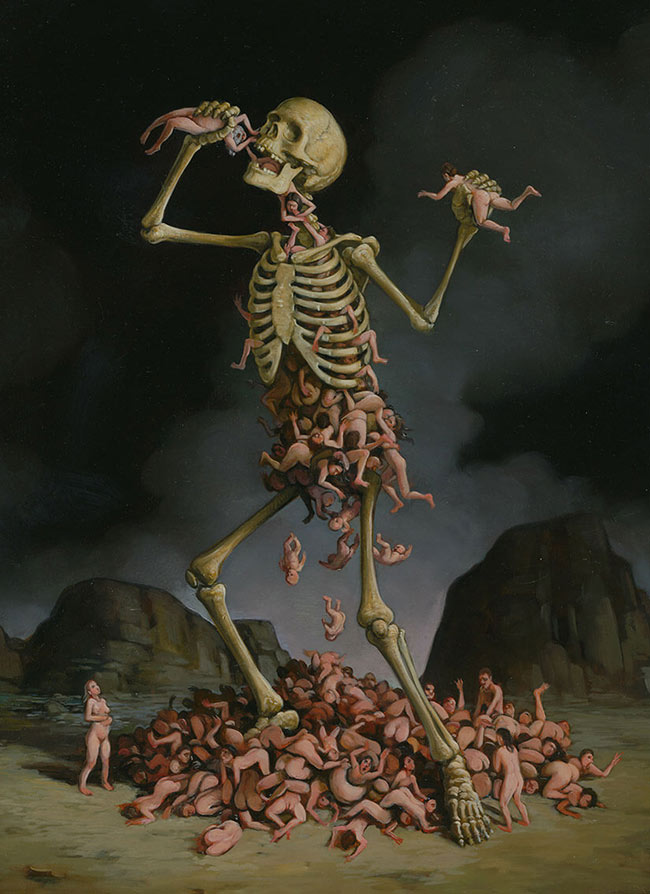 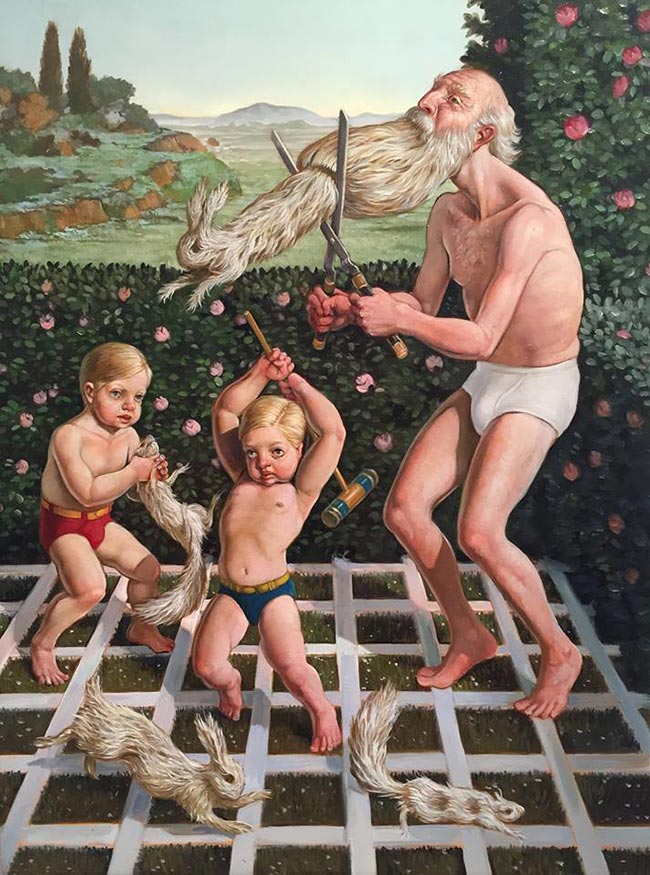 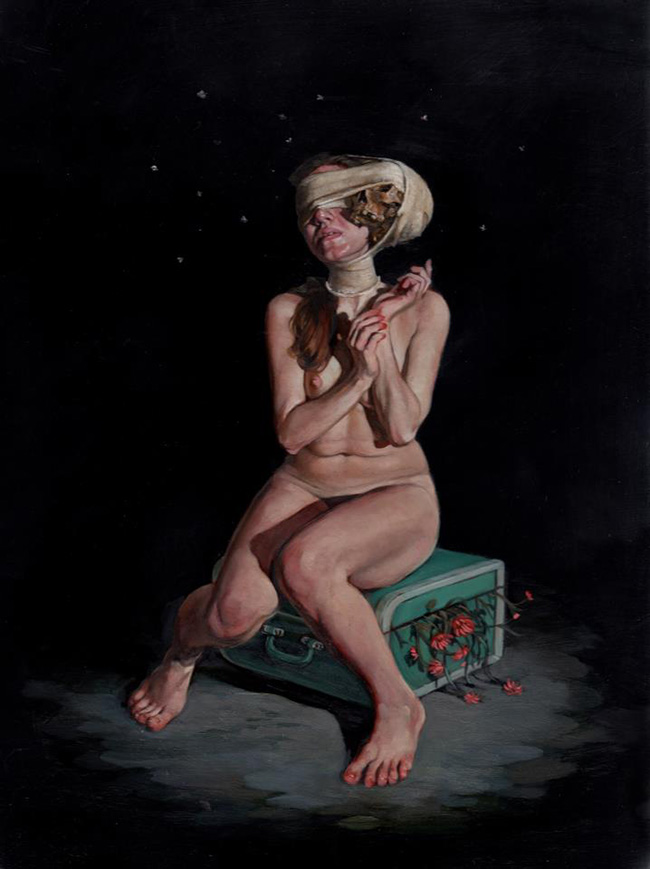 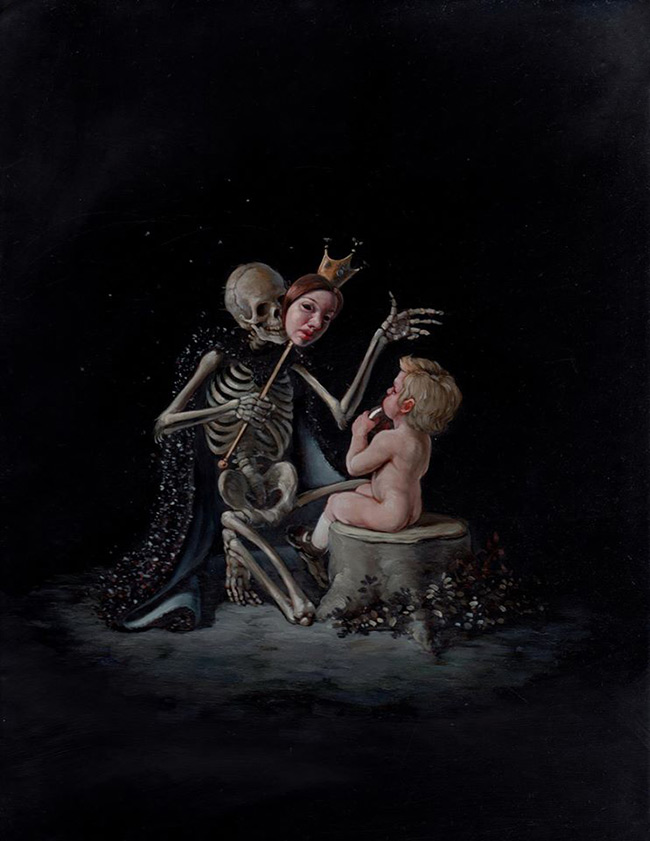 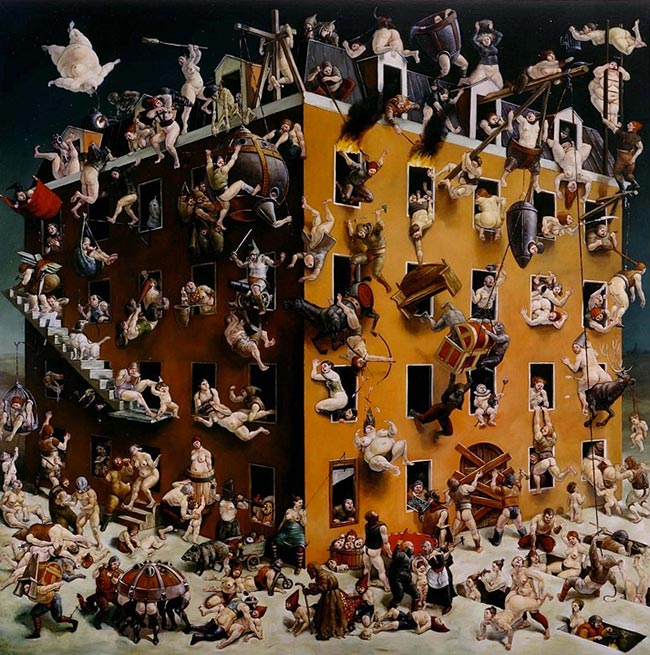 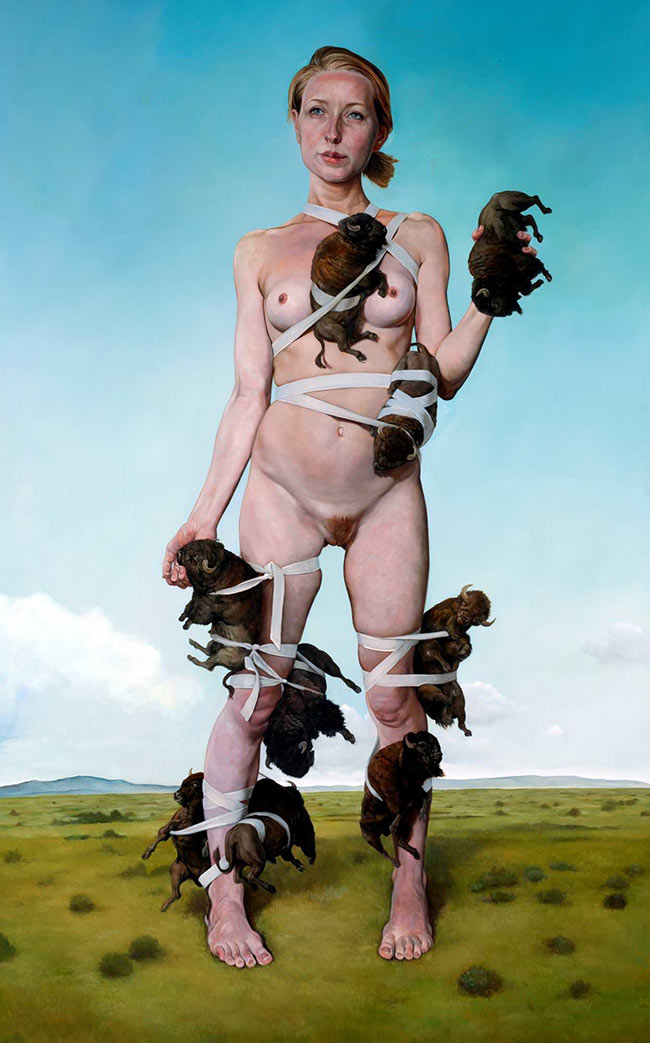 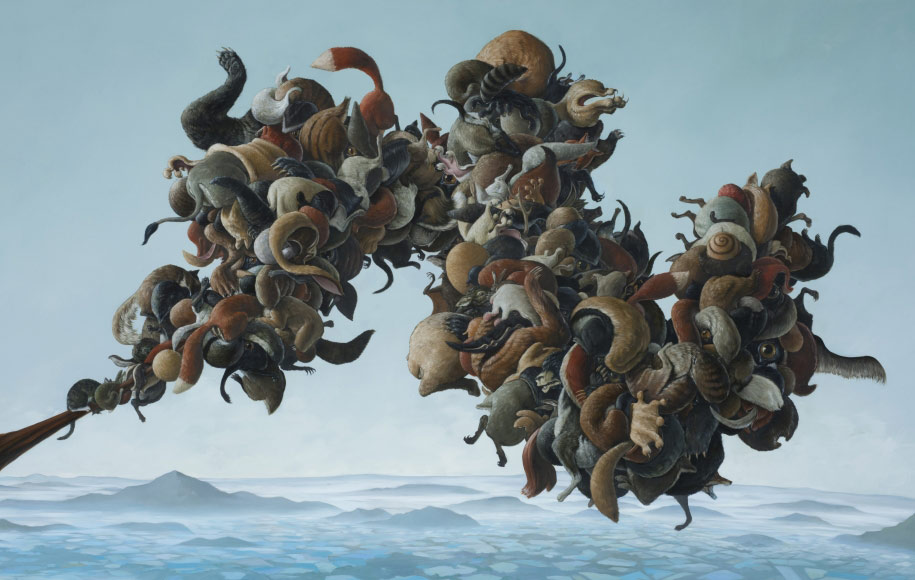 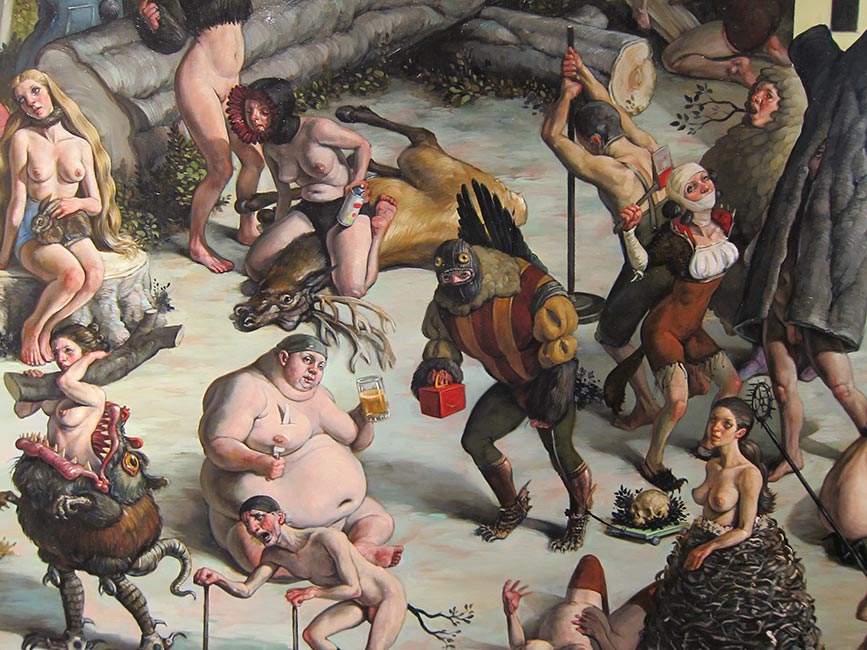 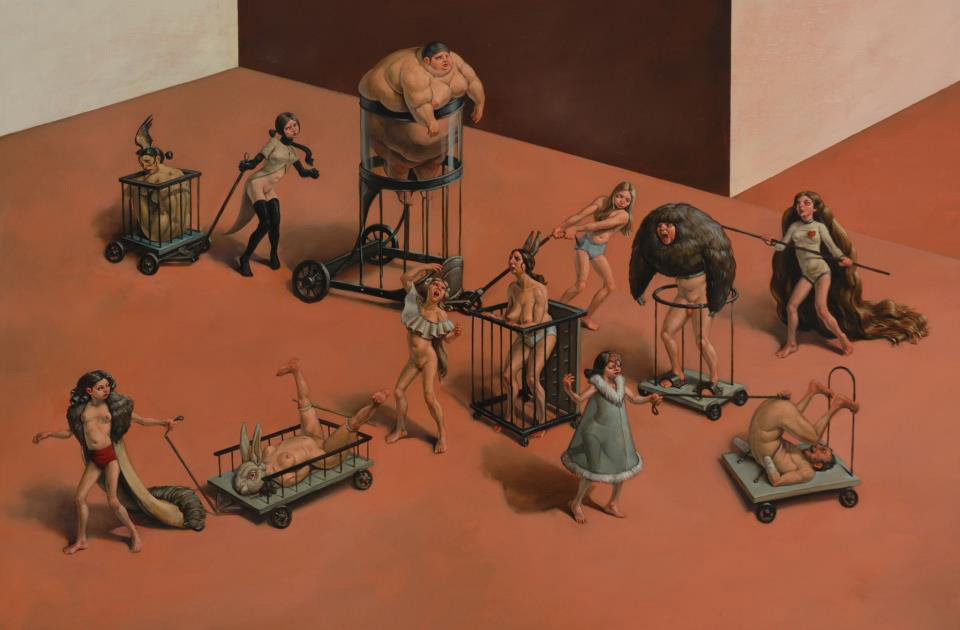 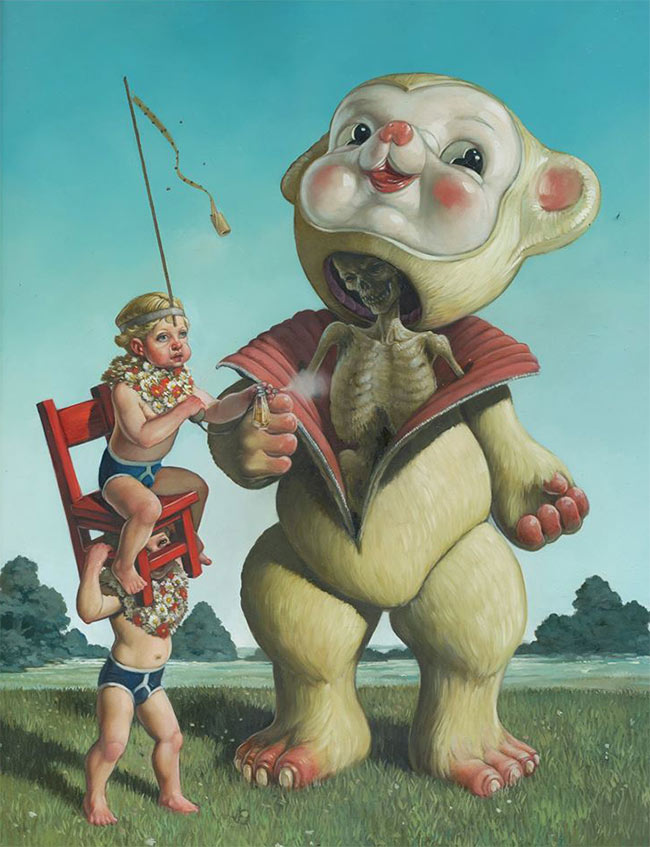 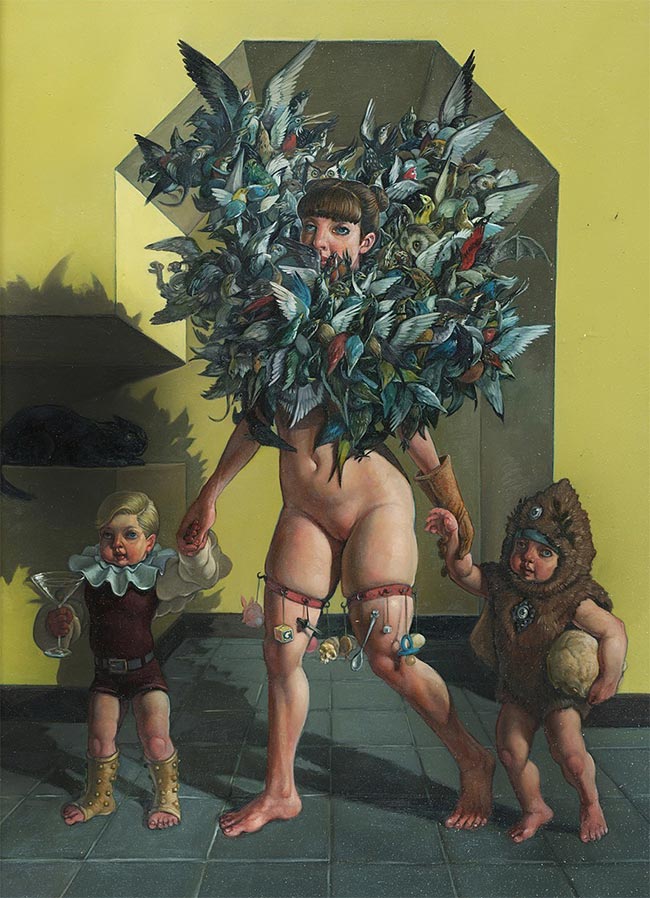 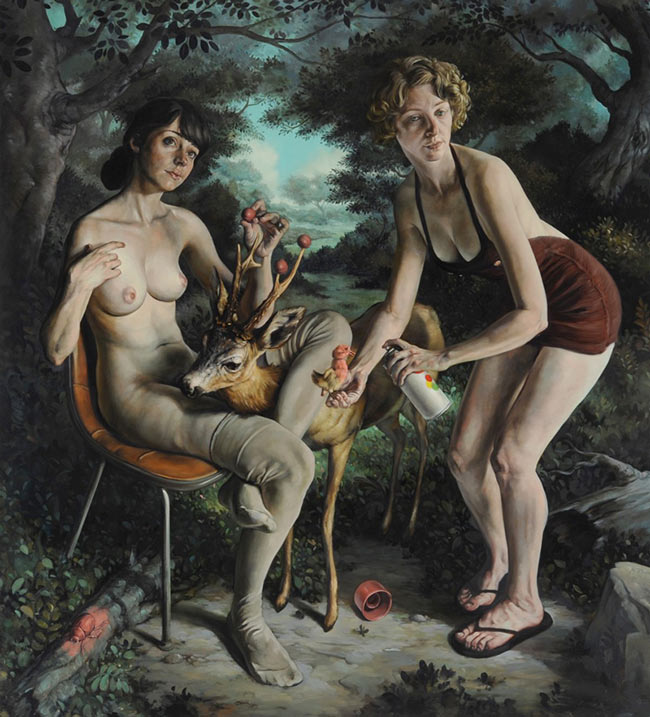