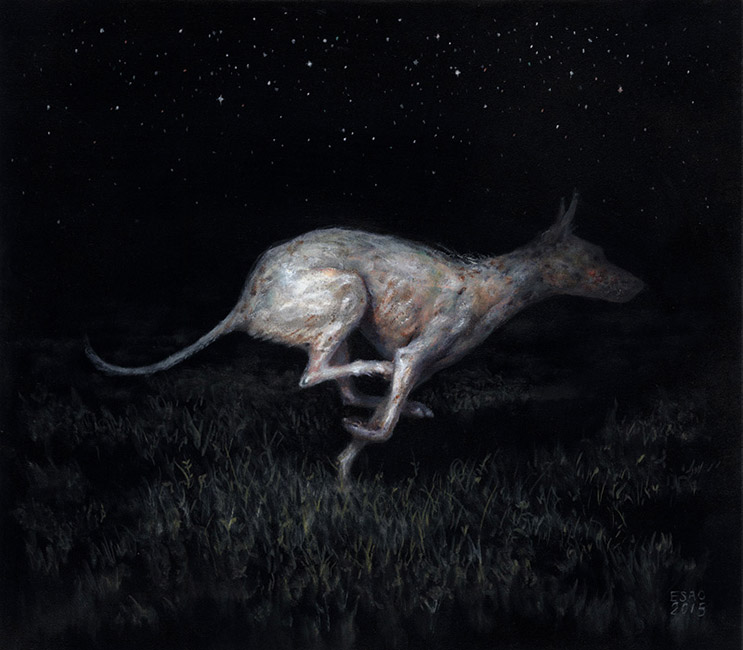 Esao Andrews grew up in the Arizona desert, and moved to New York in 1996 to complete his BFA in Illustration at the School of Visual Arts. After graduating in 2000, he spent the next few years working as a flash animator while painting in his free time. Andrews exhibited his oil paintings in coffee shops and group shows before landing his first major two-person show at Fuse Gallery in New York alongside John John Jesse in 2003. He has since collaborated with Tara McPherson for a DC Comics project, and has created album artwork for several bands, as well. Esao Andrews has developed a signature cast of dark and surreal characters, blending erotic and sometimes frightening surrealistic images, in a manner that is often compared with other American artists like Mark Ryden and John Currin.

“Everyone needs to be challenged in some form as a way to feel purpose and grow. Creating art is just a form of challenging yourself and as everyone you’ve admired gets older and better and new inspirations emerge, the personal challenge gets renewed. Like anybody, I feel satisfaction to successfully interest someone with an image, to get a message across. Creating more work is an attempt to keep that audience. I’ll create art in my sketchbook that I spend a lot of time on but necessarily don’t want people to see, so the reason I do it is not as clear. Maybe all of it is just practicing.” – Esao Andrews (Sour Harvest) 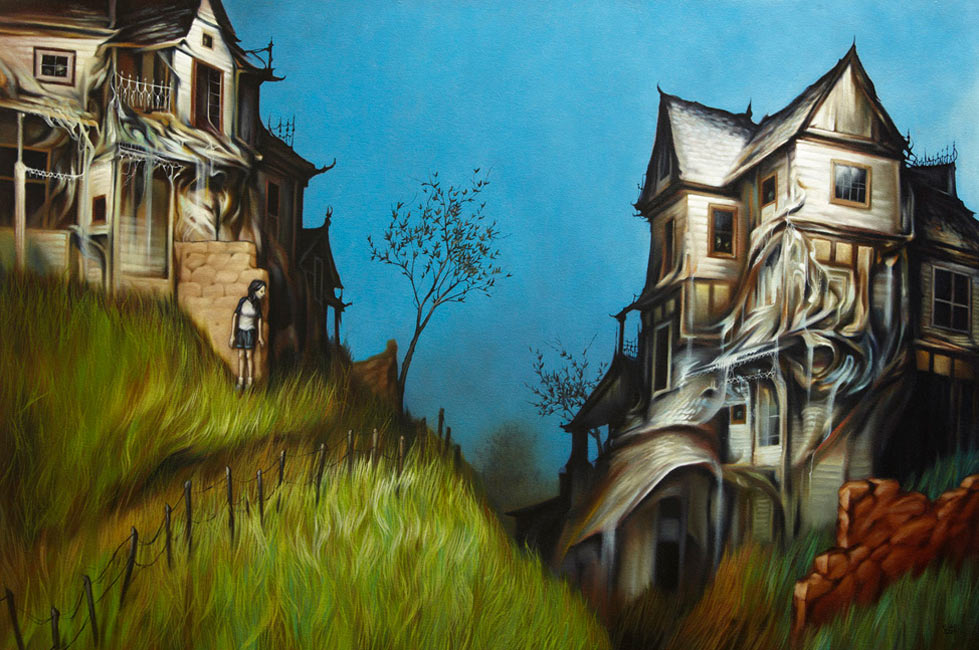 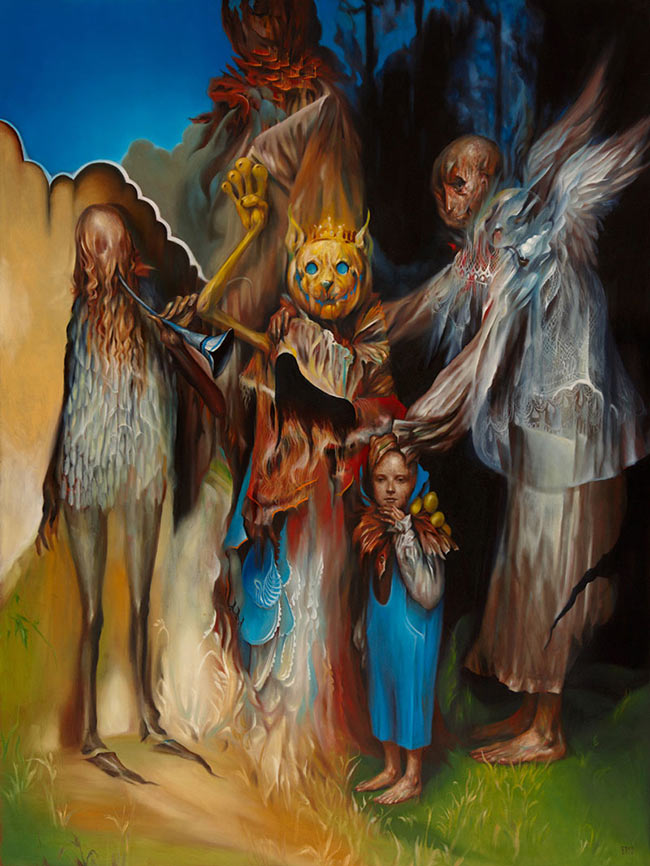 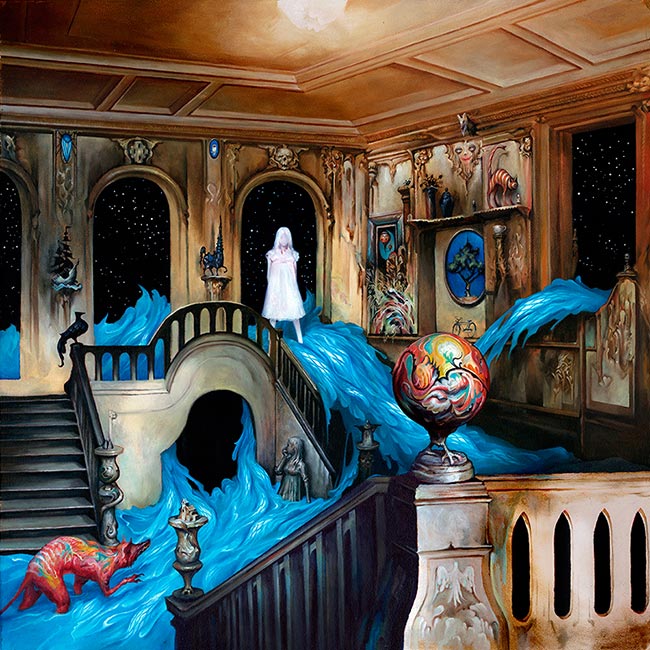 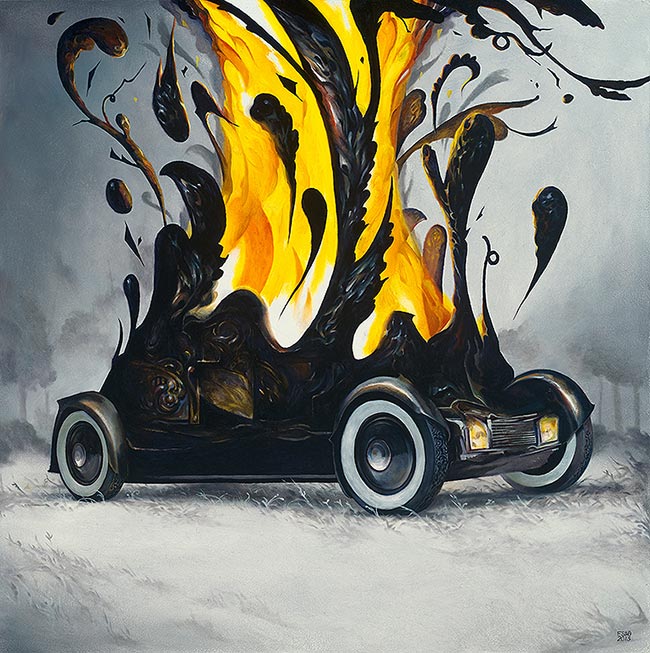 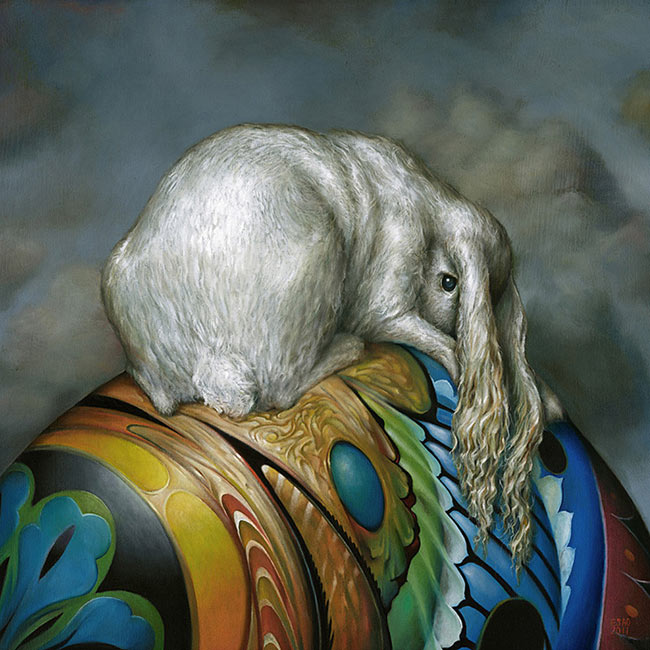 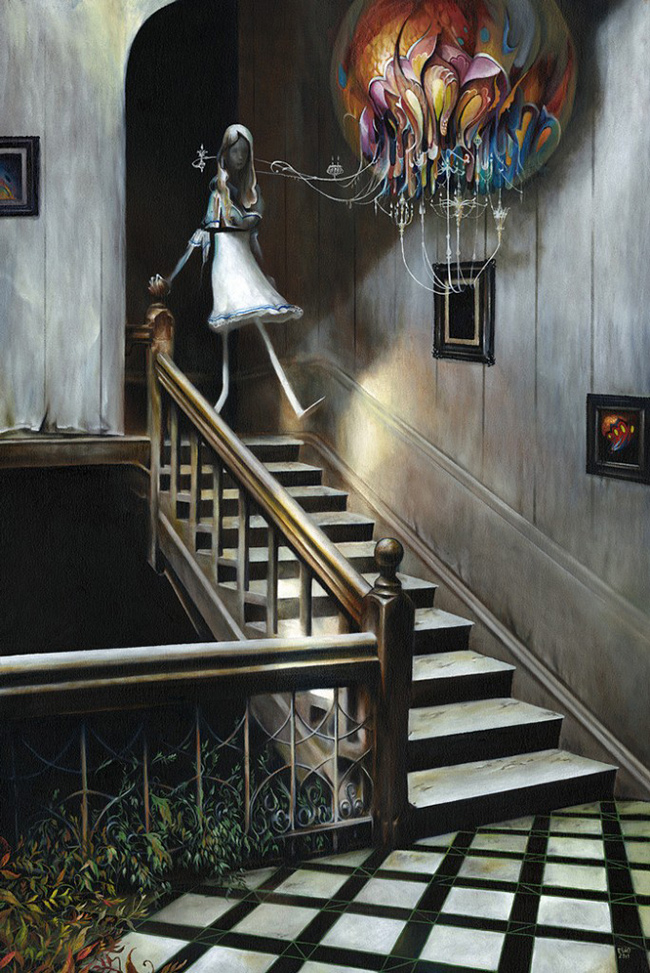 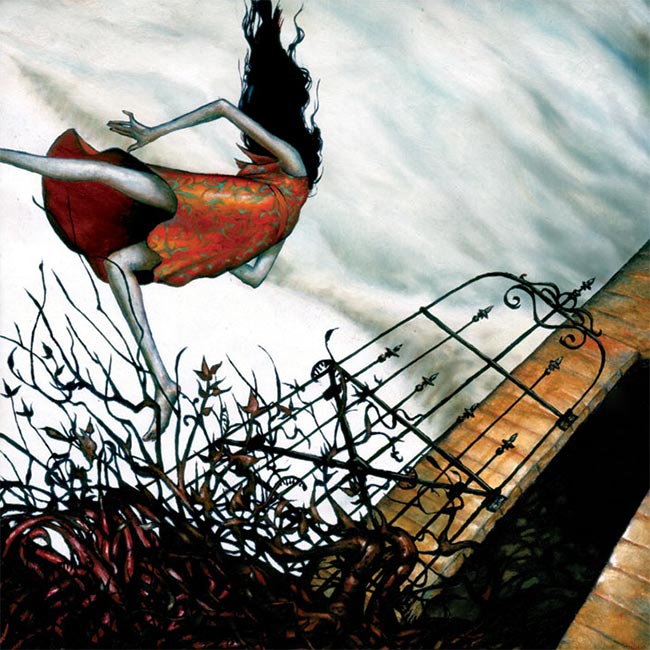 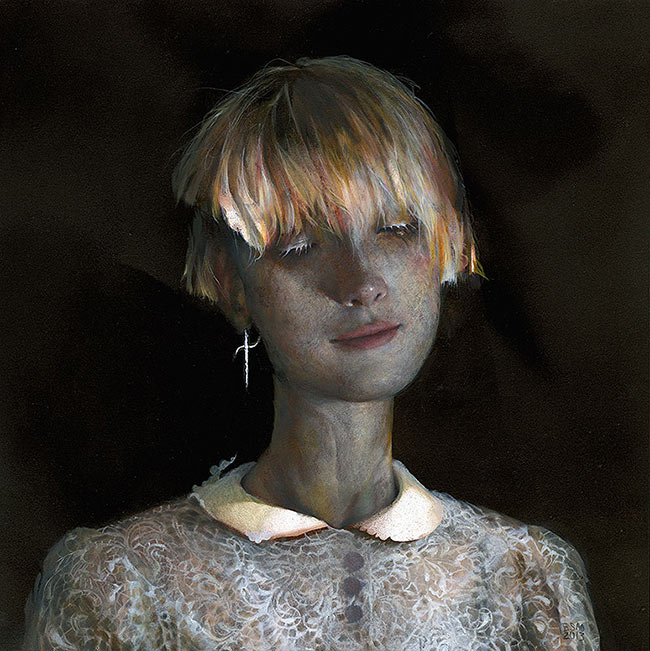 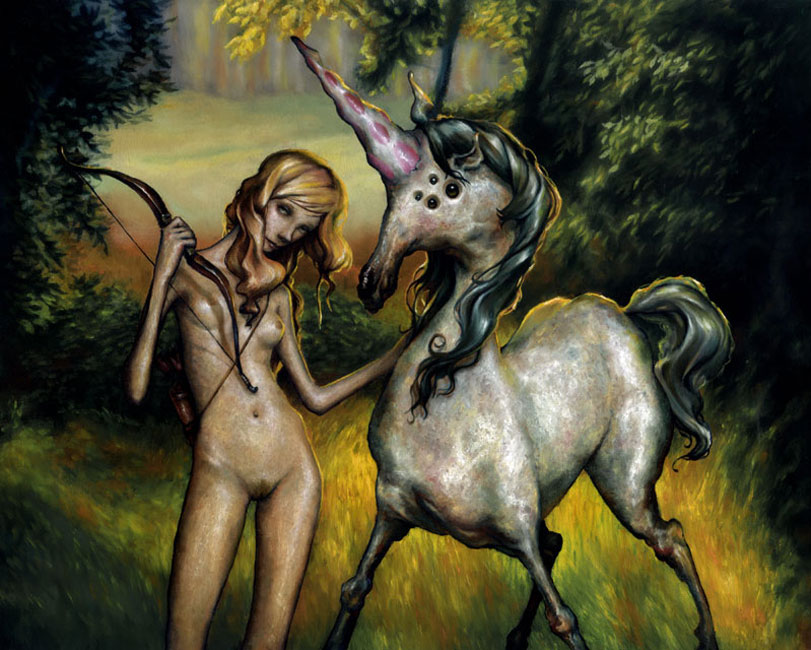 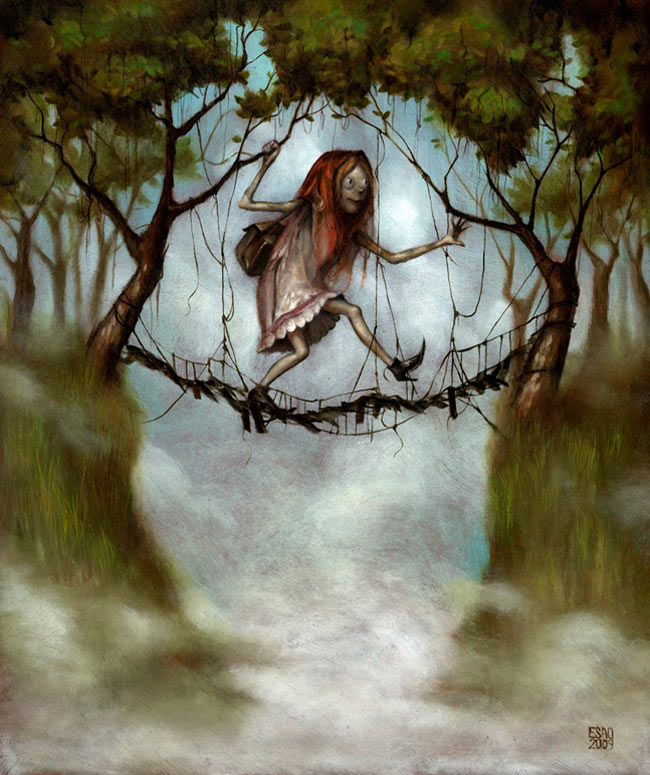