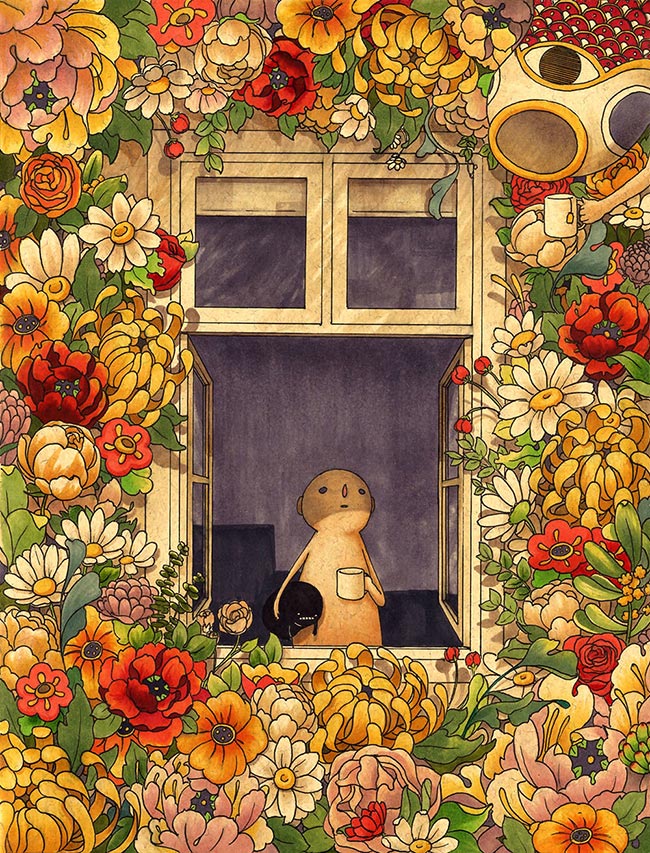 Felicia Chiao is an industrial designer, illustrator, and toy maker who is now also designing for the food industry. Originally from Sugar Land, TX, Chiao is a recent graduate of the Rhode Island School of Design and has a background in toy design. She is currently on mission to finish a sketchbook a year and to eat ice cream as often as possible.

“I like to draw simple lines and shapes, and for each composition, I typically just wing it. I’m sure there’s a meaning to whatever I’m drawing, but when I’m working on it, I’m actually not thinking too hard about it. It’s all stream of consciousness. I draw to de-stress and because it’s fun.

I ended up creating this bald, baby-like thing to represent a person or a feeling I was having. A lot of people have told me they can relate to my work, and I think it’s because of that character. It has no real defining features other than looking vaguely human, so a lot of people can put themselves in its shoes. I often get asked if it’s a boy or a girl or this or that, but it really doesn’t matter what it is.

As for the others, the only character that has a specific role is the little angry-looking black blob I draw from time to time. Originally, it showed up inside other character’s bodies as a stomach. I had a lot of stress-related stomach issues, and whenever I was feeling particularly bad, I’d draw it into a piece. I’m not great at telling people I don’t feel well, or that something is wrong, so my sketchbook is a good outlet. Recently I’ve just been hiding it around in parts of drawings for no particular reason.” – Felicia Chiao (IDEO) 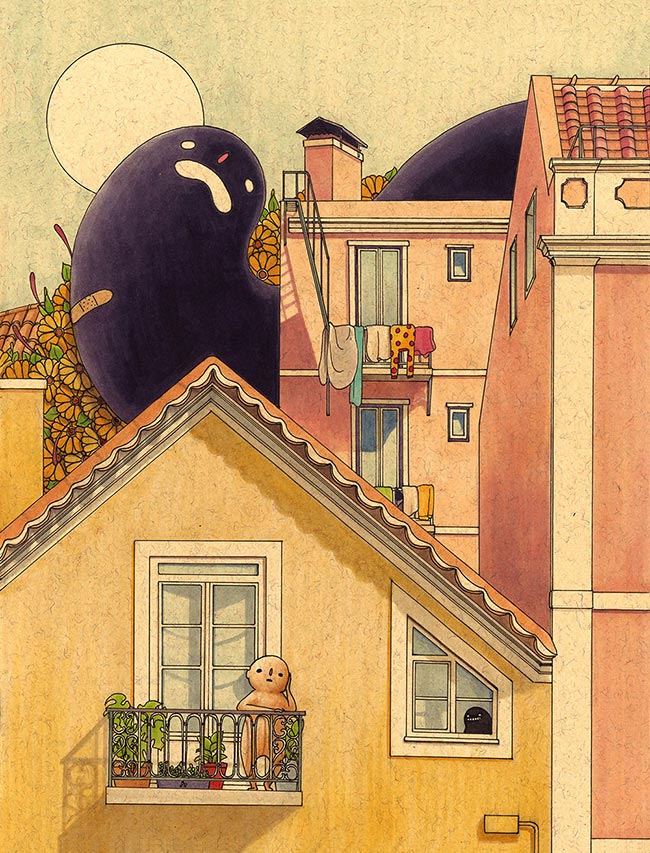 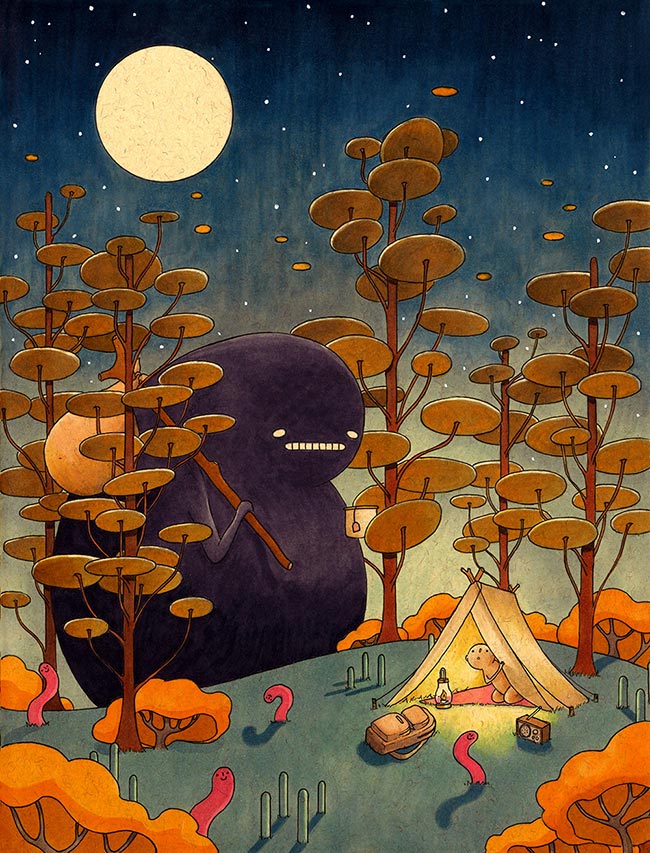 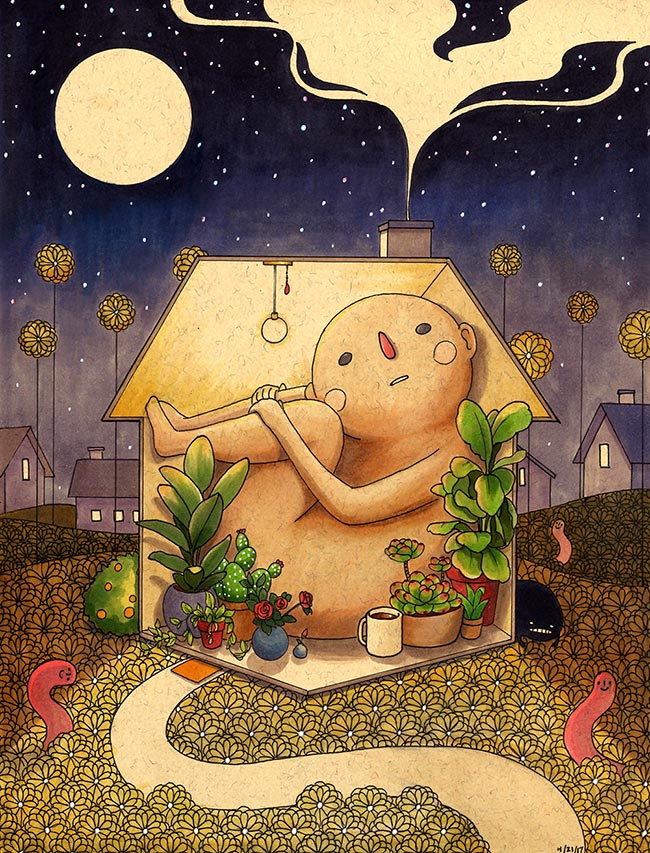 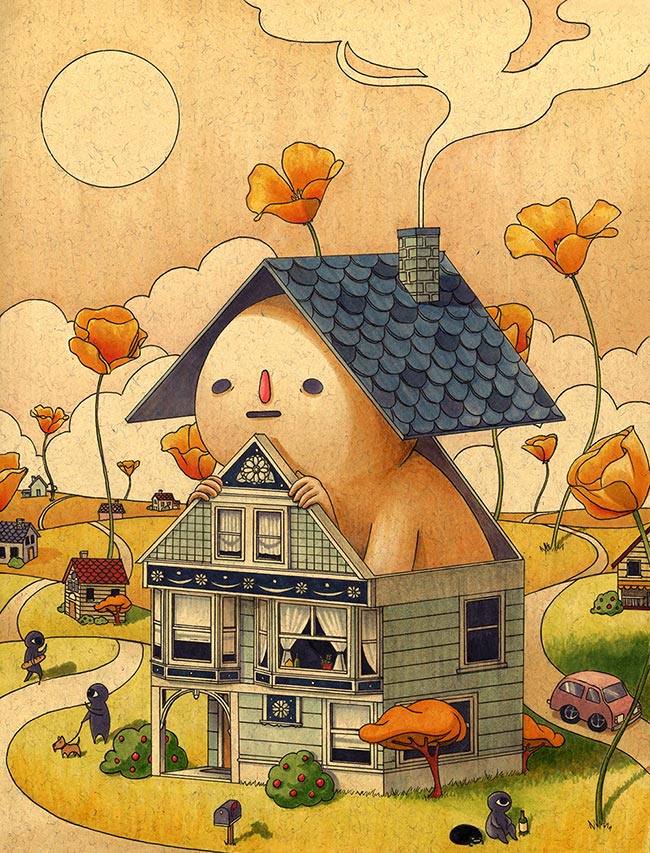 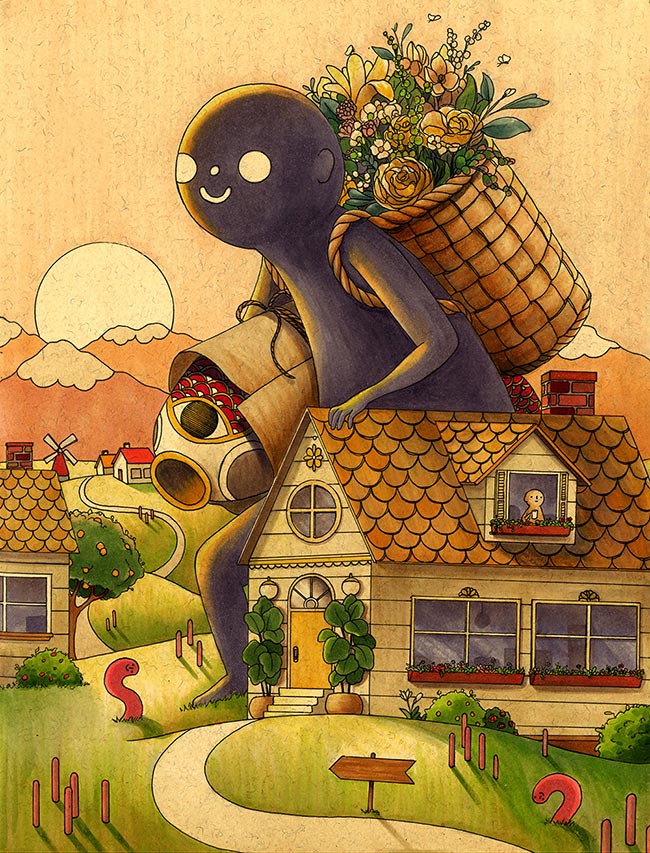 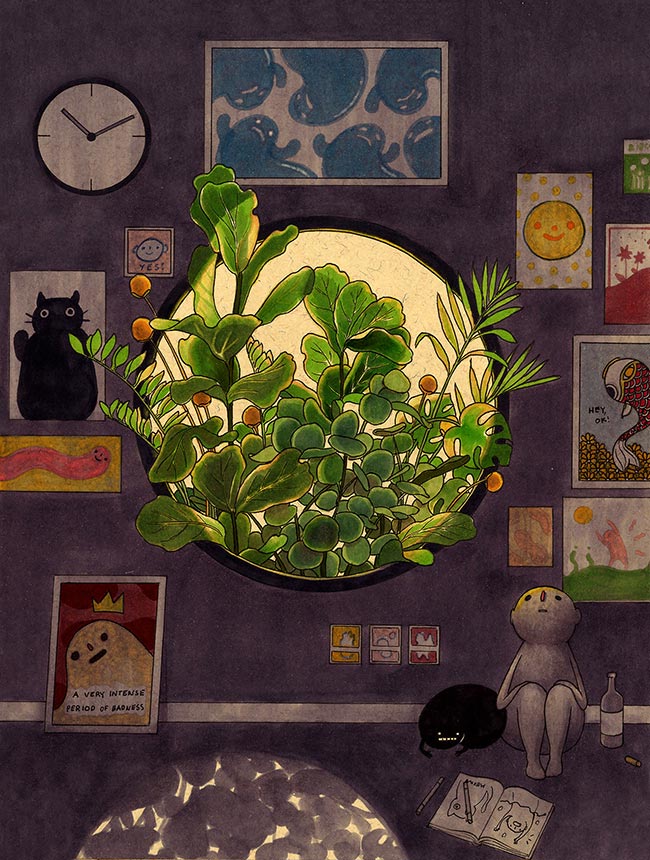 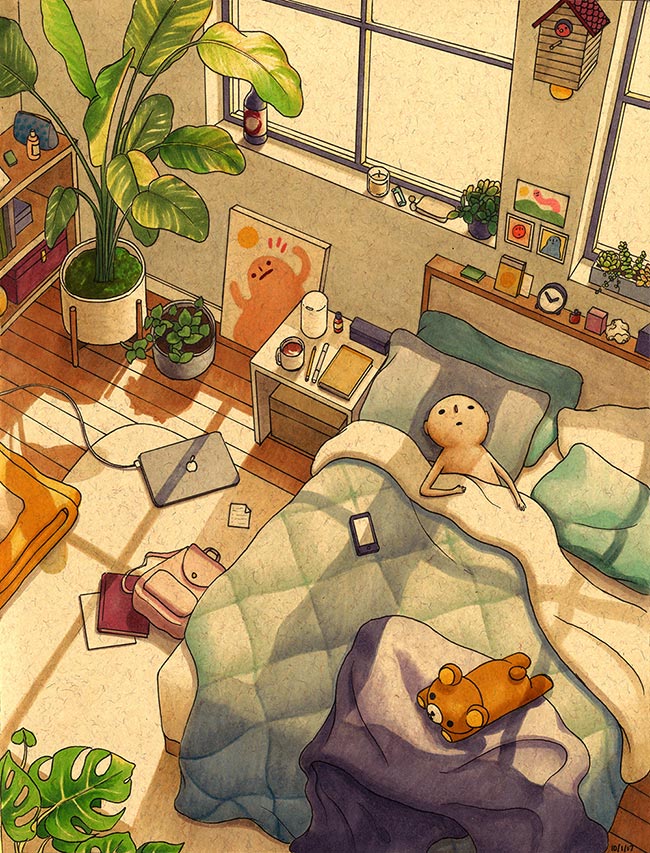 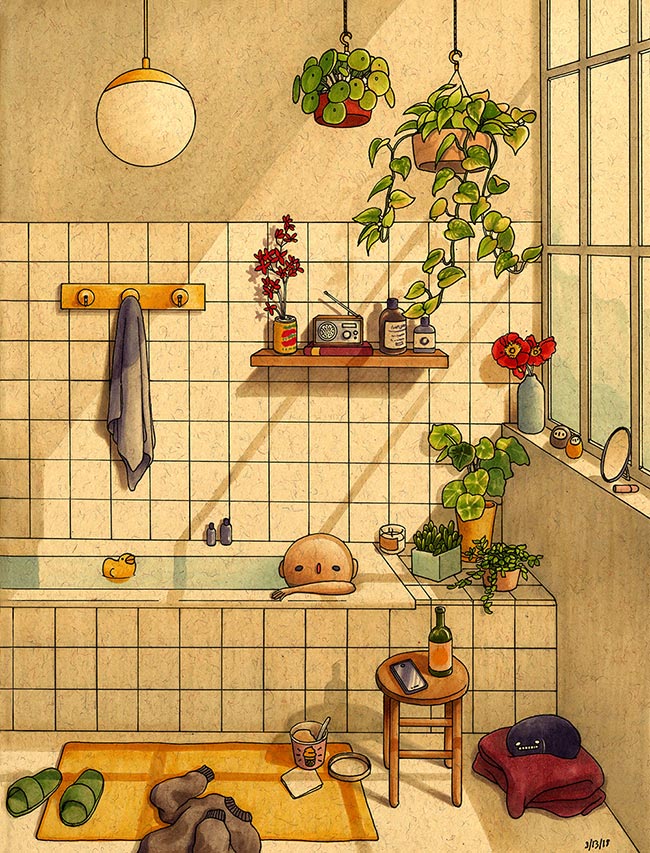 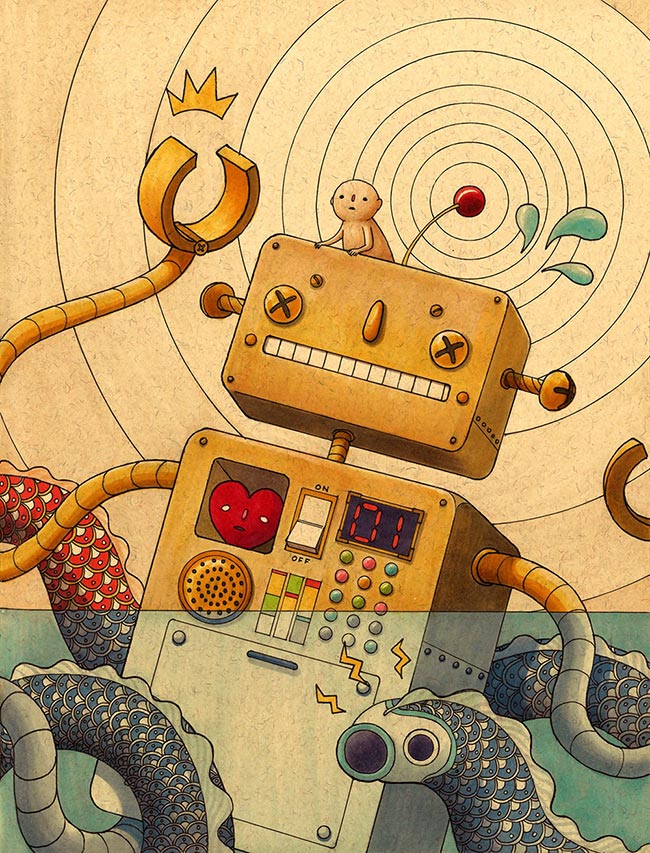 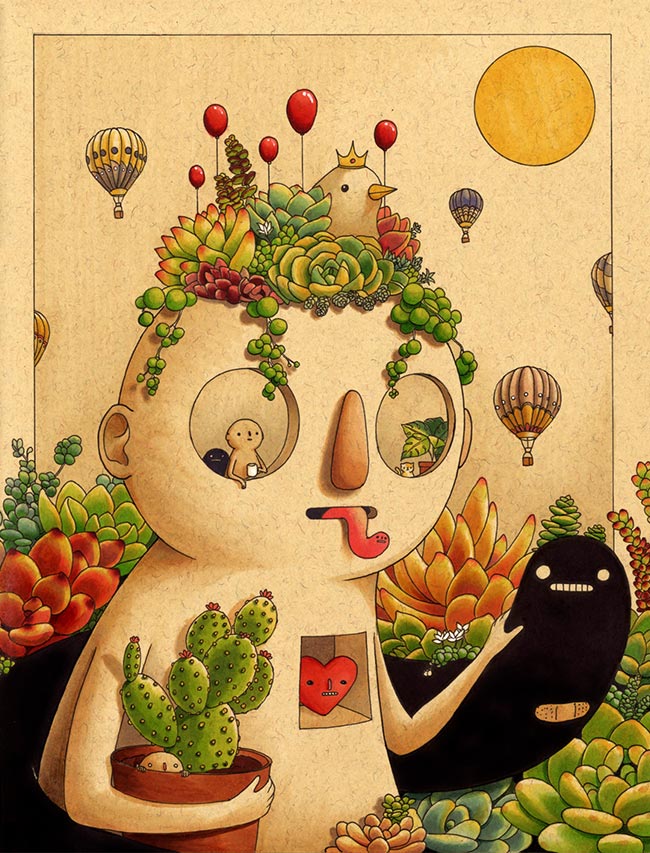 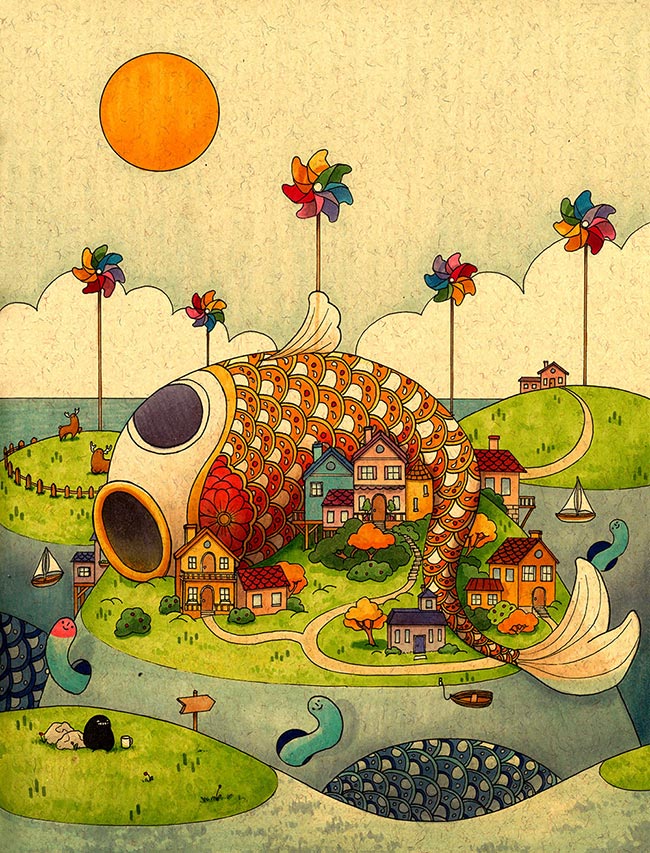 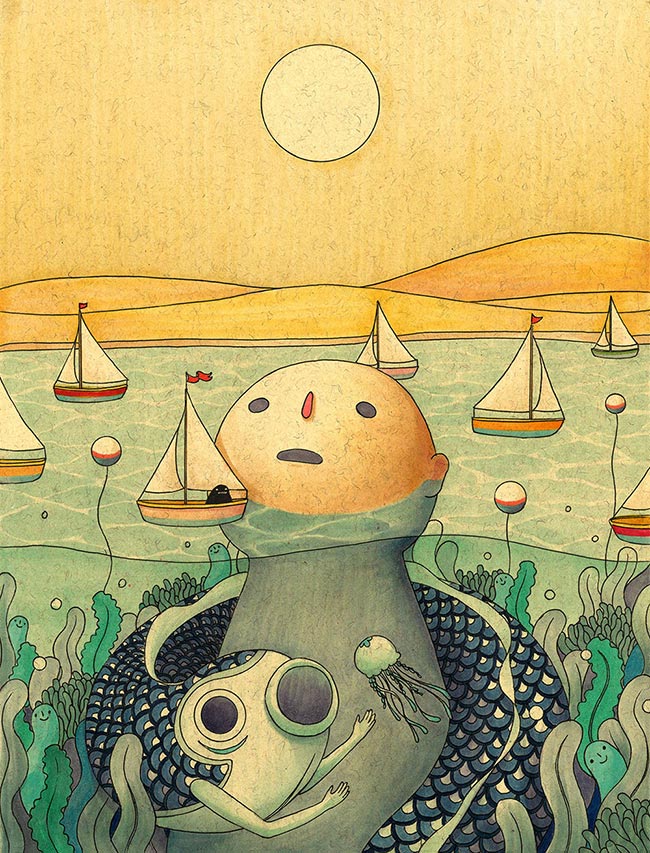 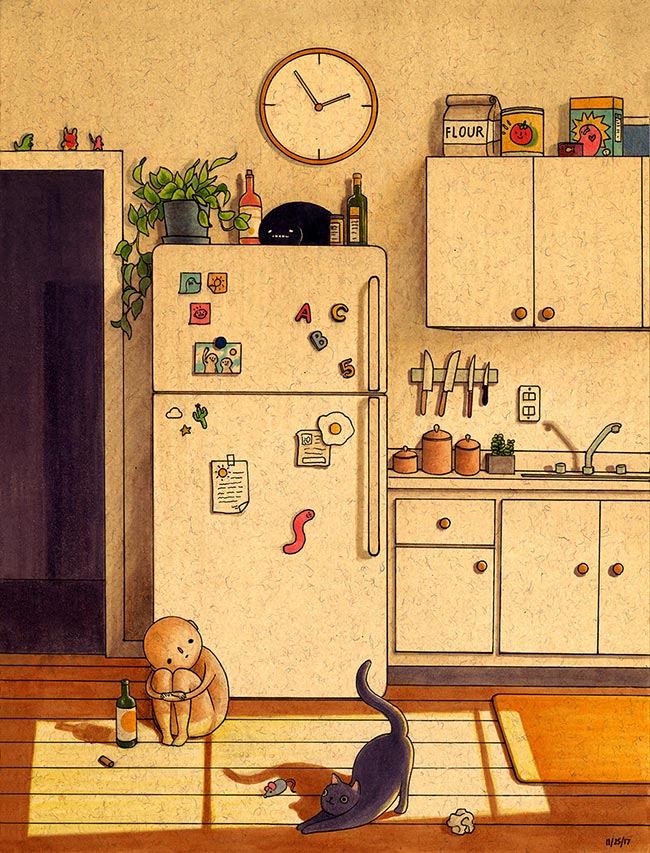