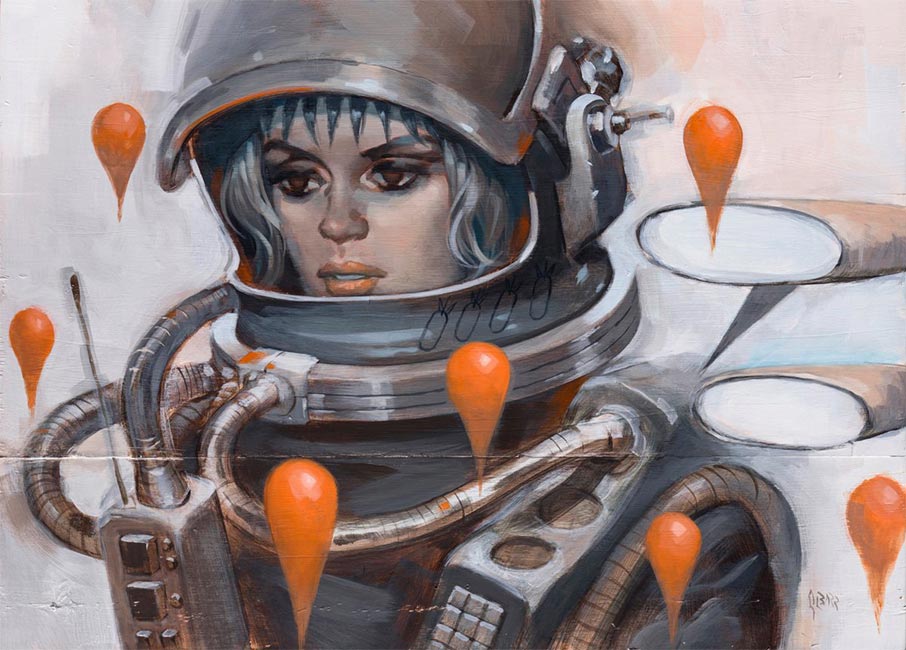 Glenn Barr’s surreal creatures, specters and tragic characters live in a seedy universe, drenched in the grit and haze of a post-apocalyptic urban dreamscape. His Detroit work has been labeled Pop Surrealism, Pop Pluralism, Lowbrow, Underground, Regional, Outsider, Ashcan or as he coins the phrase ‘B Culturalism’. Barr finds inspiration in the city streets as well as from pop and counter cultures that infuse a familiarity in his many parallel realities. With a nod to old master painting, pulp art, comics and animation, Barr’s paintings are mesmerizing in their narrative complexities and technical depth.

Glenn Barr was raised in the Midwest, USA. This working class environment ingrained in him a strong work ethic and an affection for B movies, local music and trash culture. Born in Detroit, Michigan, and living throughout its metropolitan area, he graduated from the College for Creative Studies and went on to establish himself firmly in the art world.

Exhibiting from Los Angeles to New York to Rome, London and Australia, Barr’s work is embraced by art enthusiasts worldwide. Collections of his work include Lowlife Paradise, Haunted Paradise and FACES published by La Luz De Jesus and Last Gasp. Self published work include Technocracy Blues 1, 2 & 3, Little Book of Devil Drawings and Heep 1, 2, 3 & 4.

“I started out doing t-shirts for my friends when I was in junior high. I would draw their favorite bands on a shirt or jacket in marker. I would take that money and buy art books and records. Then there was college where I earned a BFA in illustration. At the same time I worked on underground mags and illustrations for local bands, like albums, CD, posters, etc. And I did ads for local resale stores and comic shops. Then I did a stint in advertising, then comics, then animation, then I quit all that and began to paint for myself and started exhibiting my work in galleries. I had to pay a lot of dues to get to where I am today.” – Glenn Barr (Frank 151) 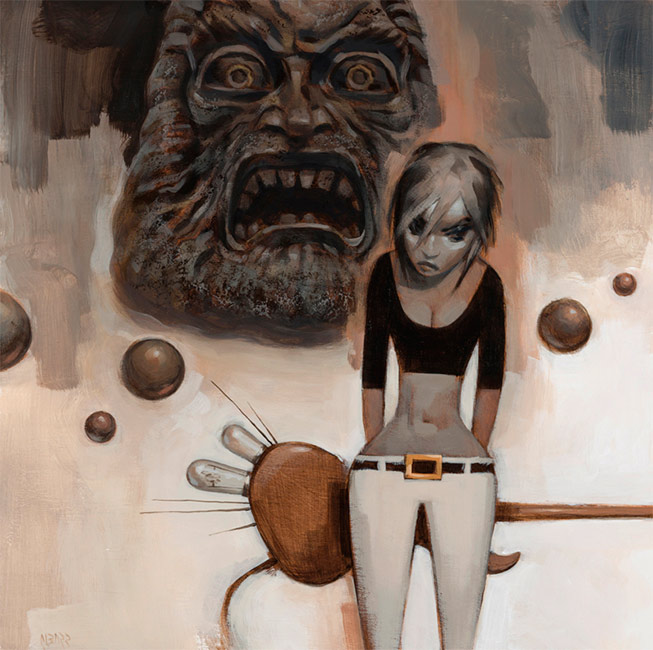 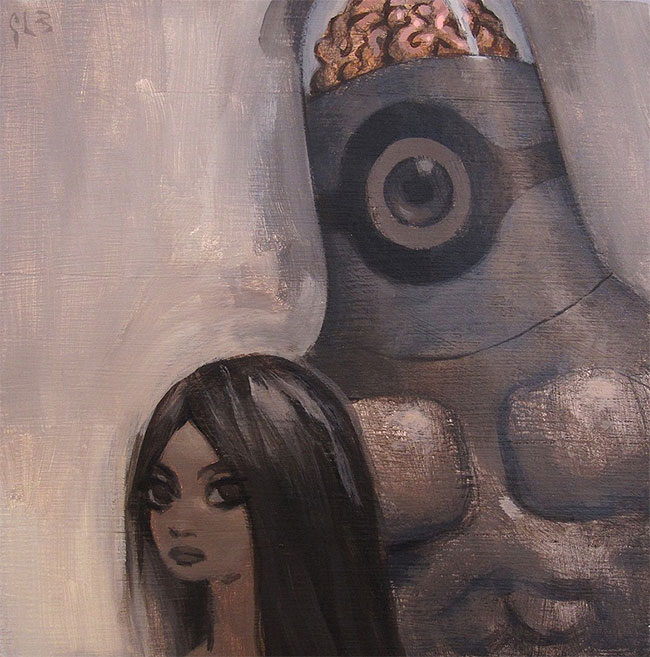 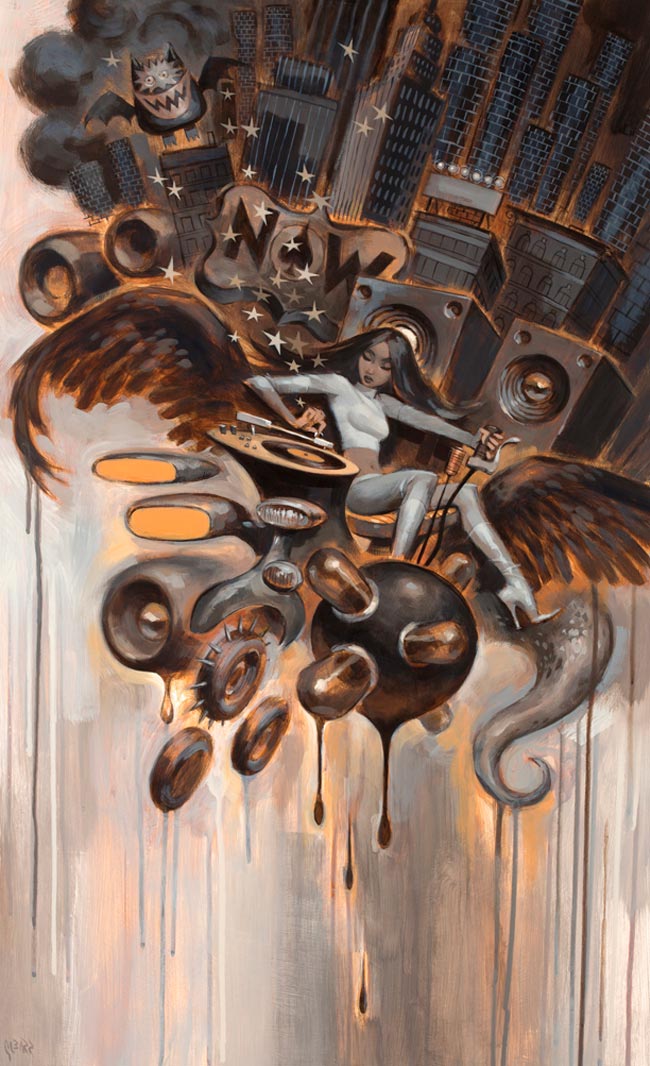 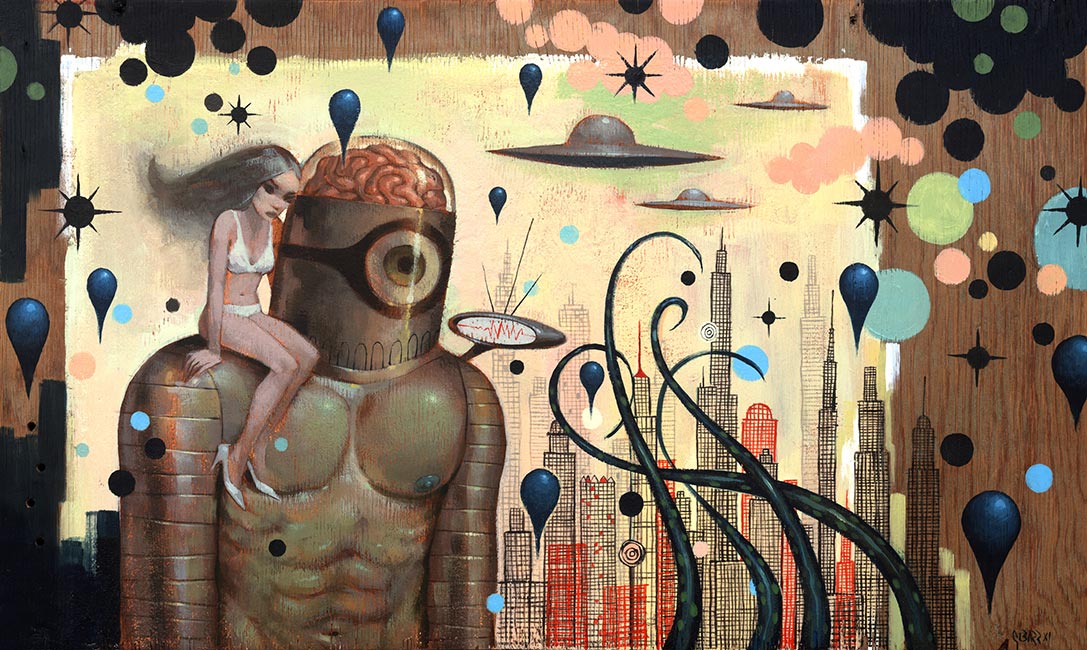 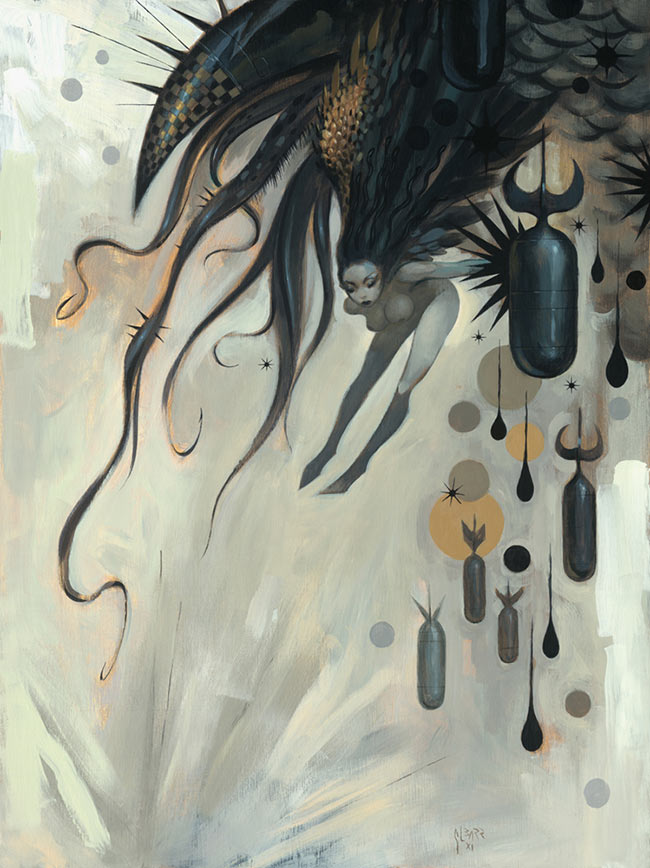 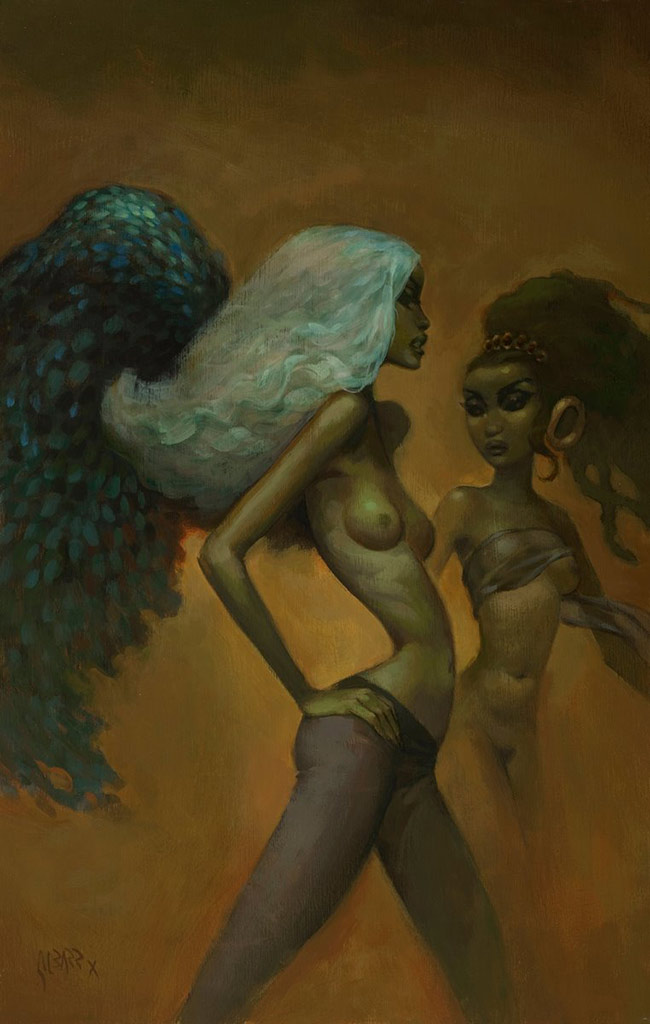 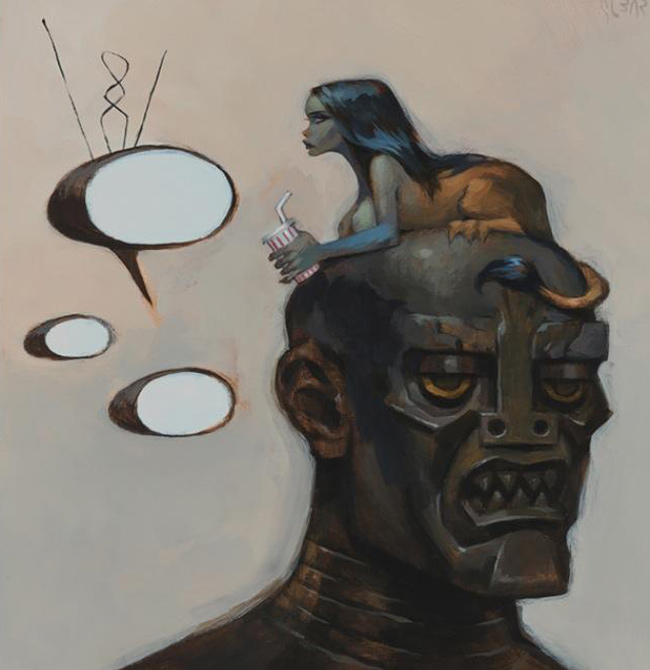 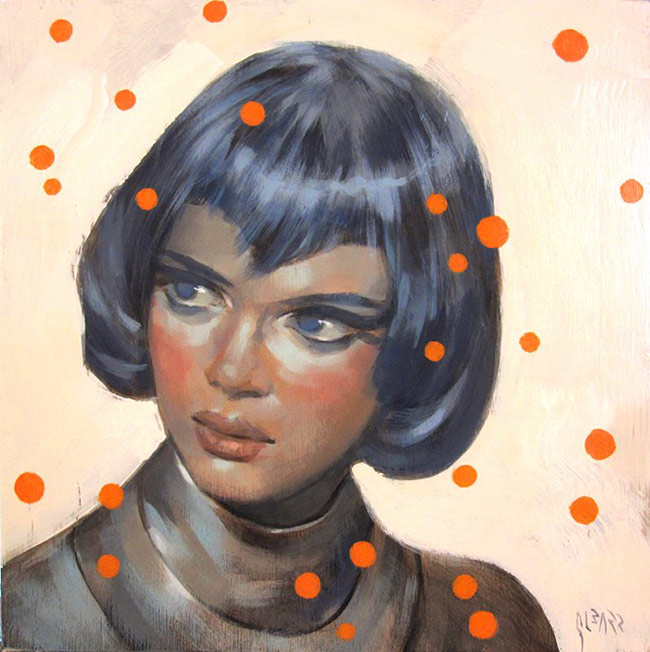 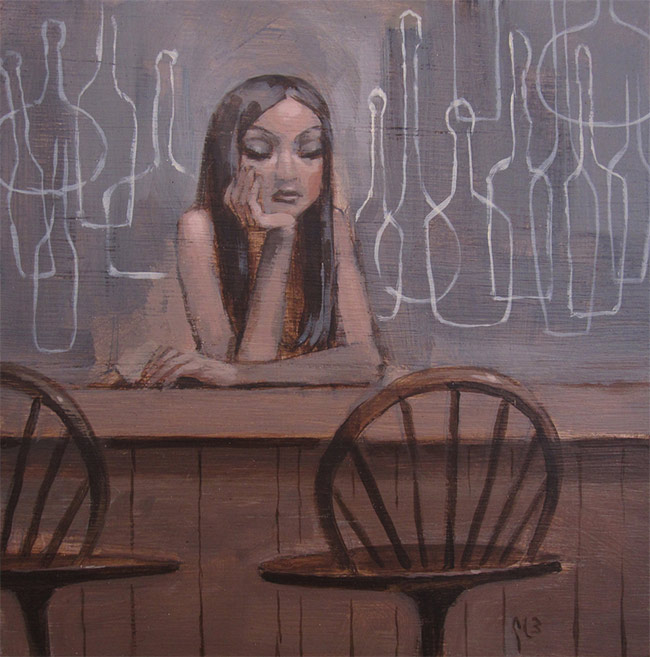 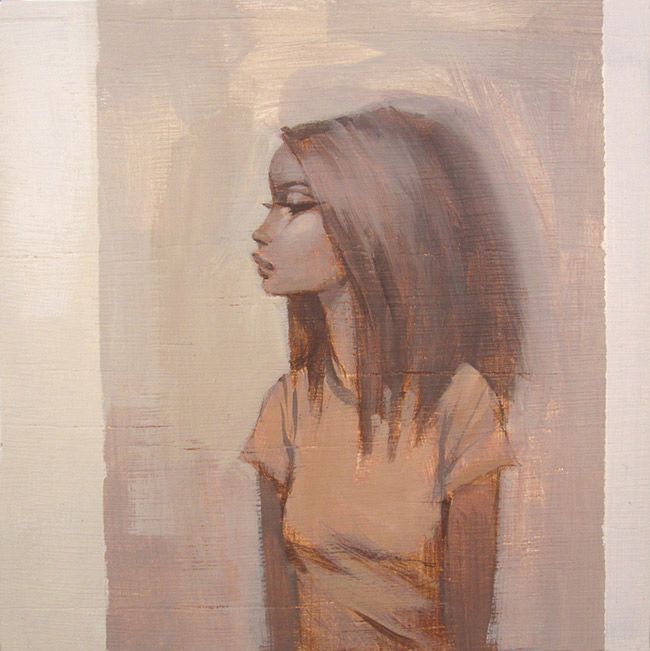 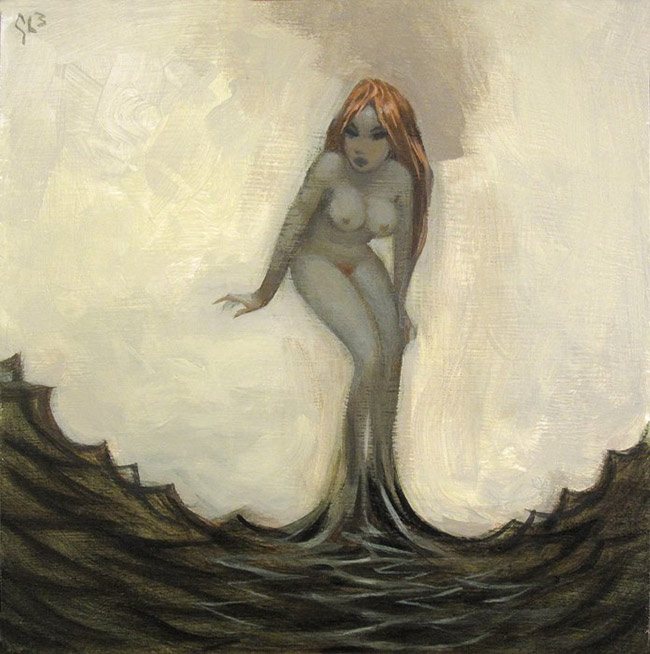 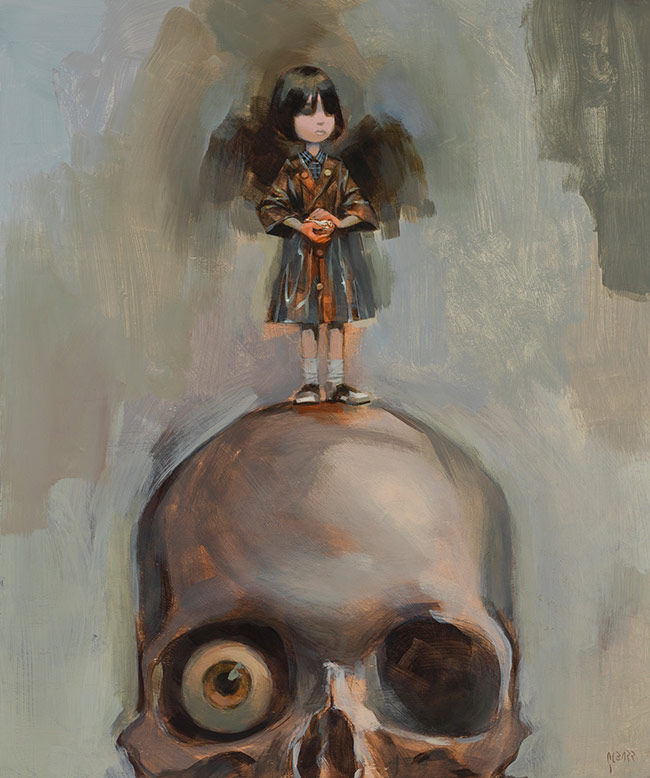