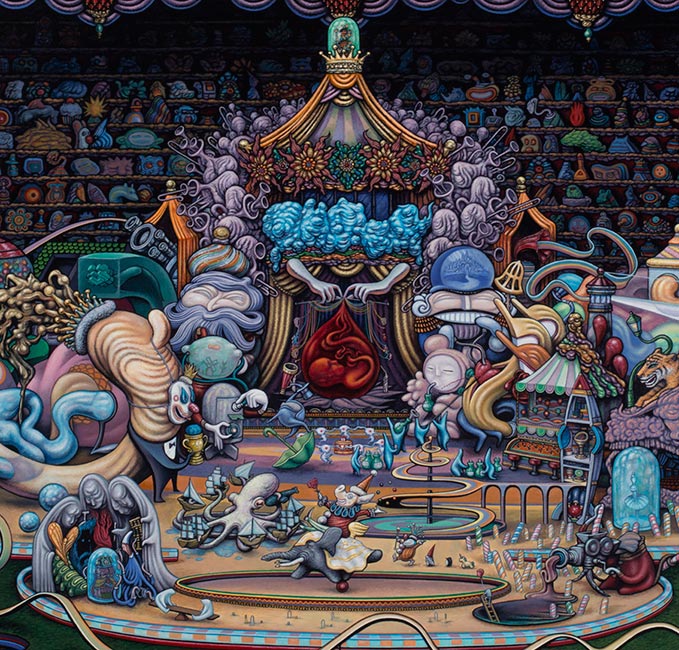 The Inbetween (Part I):
Confessions of a Mental Treasure Hunter
Thoughts on Harvesting Optic Revelry

When Tim asked me to write something about my thoughts on The Inbetween I was equally thrilled and terrified. How do I really explain where my ideas come from? Can I even put into words what my non-scientific thoughts are on something so strange and elusive as a sub-dimension of consciousness; or the possibility of my own ability to resolve questions that have become creative blocks by simply taking time out of the day and resting? Well let’s start with what we know… 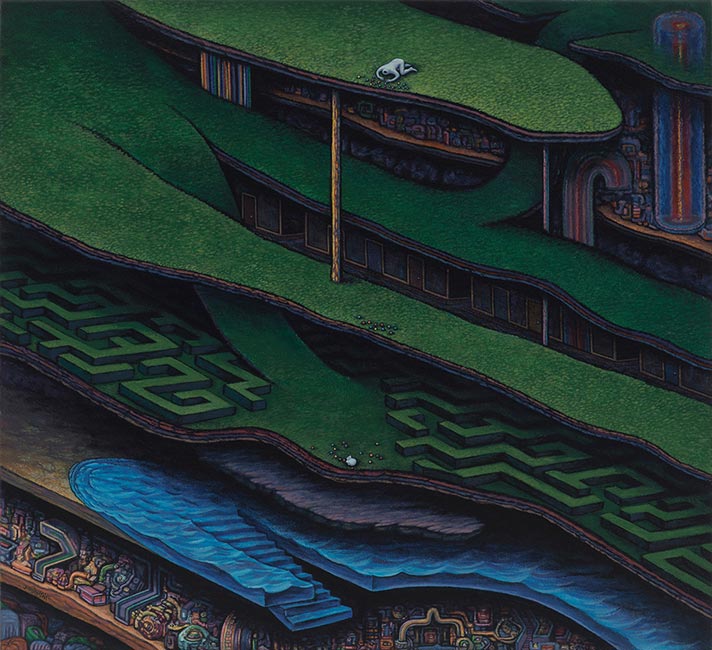 This “in-between” state is often referred to as “hypnogogia” or the “hypnogogic state”. And for lack of a better way of describing it, there is a vivid world that lies just beyond this plane of existence or physical awareness. The Inbetween, as I’ve referred to it for many years, is most often a quick glimpse into an extremely curious place that is positioned a level or two below a resting conscious state and a fully sleeping state. The impression that I get from seeing this, most often as I’m falling to sleep at night or resting flat on a bed waking (perhaps mid-day during a rare nap), is quick and fleeting. I won’t kid you, the most training that I’ve concentrated on with farming this dimension of strangeness is in taking mental snapshots or emotional impressions—as if I’m trying to let the scene that I witness transfer onto a blank page in my mind. That immediately leads to the moment where I have to decide whether to wake up and sketch or write out the idea, or trust that I’ll remember it when I wake up (note: not a great way to go about it if you really think the idea is good). 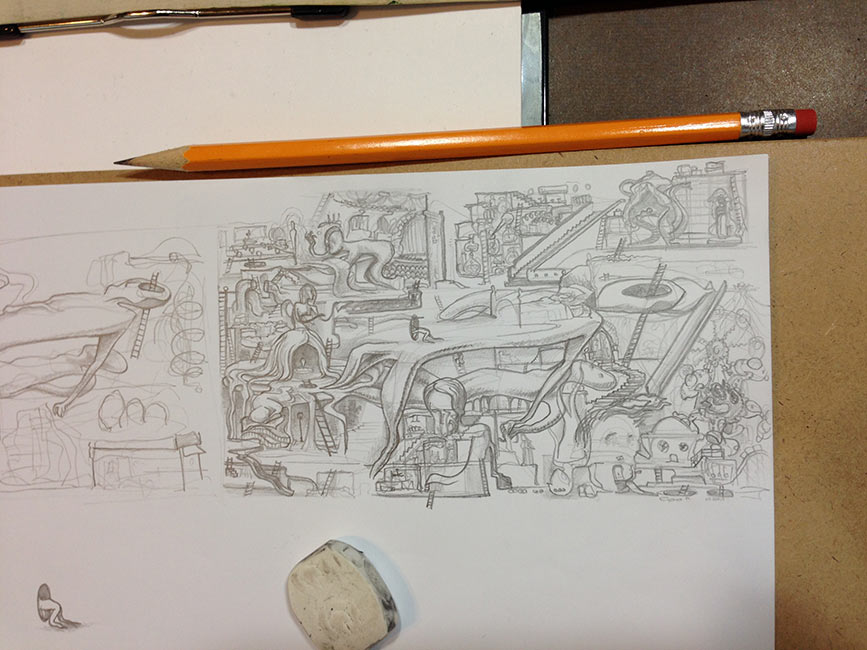 Clinically speaking, this transitional state is the moment of consciousness in which you find yourself sinking into a sleep state from your resting period. This is typically a moment of passing from one place to another, which is why I’ve always spoken about it as “the in-between”. I won’t begin to bore those of us not trying to find a science page or read someone’s dissertation by attempting to gather other people’s findings or thoughts. But I will give you my own take on it, how this in-between world has helped me and perhaps how to arrive there yourself. 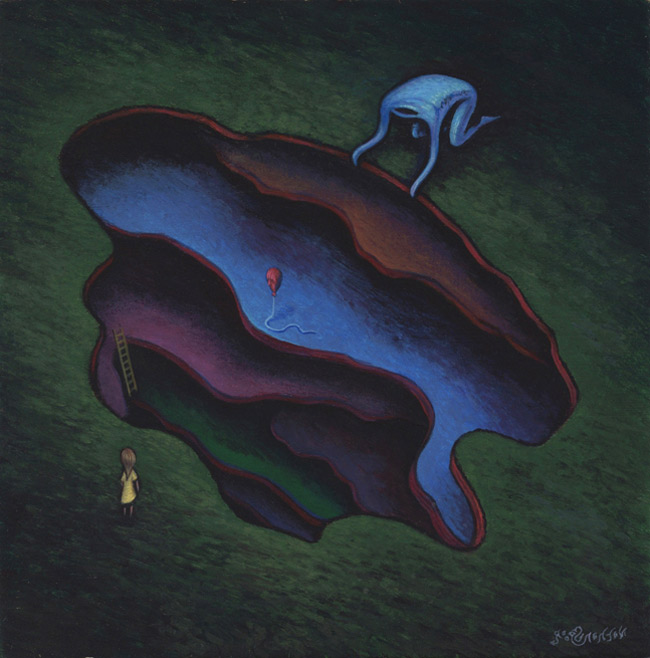 Firstly, I need to clear my mind and it is most helpful to lie down flat on my back and close my eyes. After a short time, all the thoughts or worries of the day seem to separate from my inner self. I feel as though I am descending into sleep or the dream world in an elevator. The elevator is glass on all sides, but the Inbetween is only available on one level as we descend, and on only one side of the elevator. To put it another way, imagine being in this open-format elevator and descending from the top of a large parking garage on the outer perimeter. You can see into each level of the structure, but most of the levels are dark or empty—save for one. This one level is incisive and alive, and there is always something different going on in there. To make things more interesting, you only get a glimpse of what is going on in this world while the elevator is passing that level. You can’t stop the elevator without waking up and stopping the journey. The other catch is that the expressive scene is not always there on the descent. It’s a bit hit or miss, just so you know. I’m not in charge of the descent, and honestly I’m not always trying to find the layer where the crazy cartoon world is either. Sometimes, you just have to relax and let it happen. That may sound like the formula for frustration for some of us, but it’s simpler than it appears. We have to take into account that I’m a layman trying to explain something very strange and ephemeral as well, but follow along and I’ll try to present my thoughts on the subject as we go.

Join us next week for part two of Nathan’s six part series. 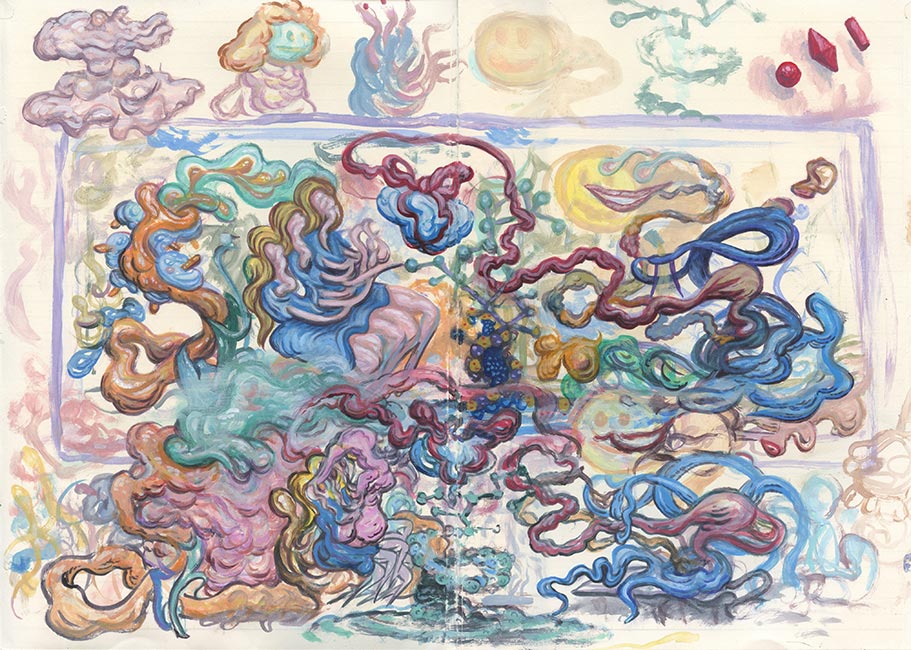 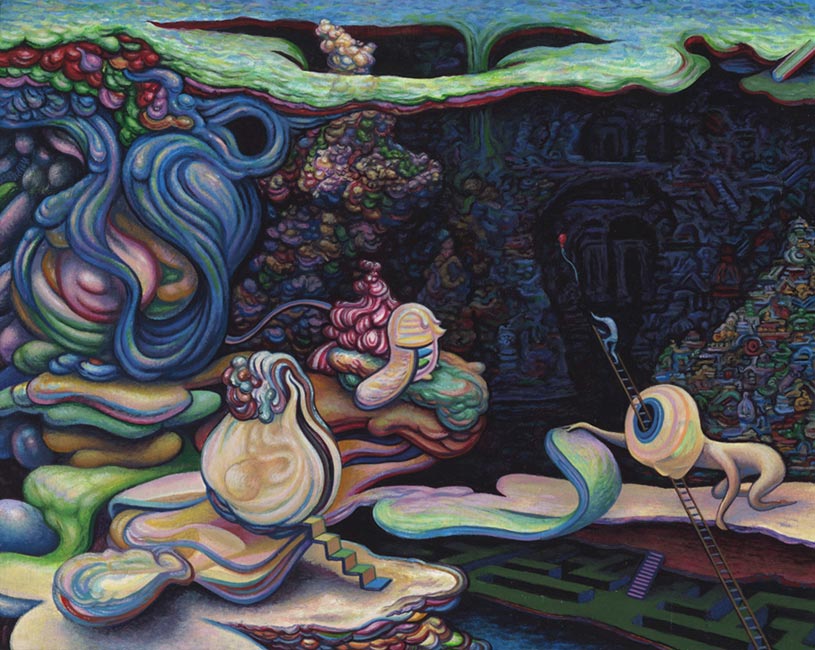