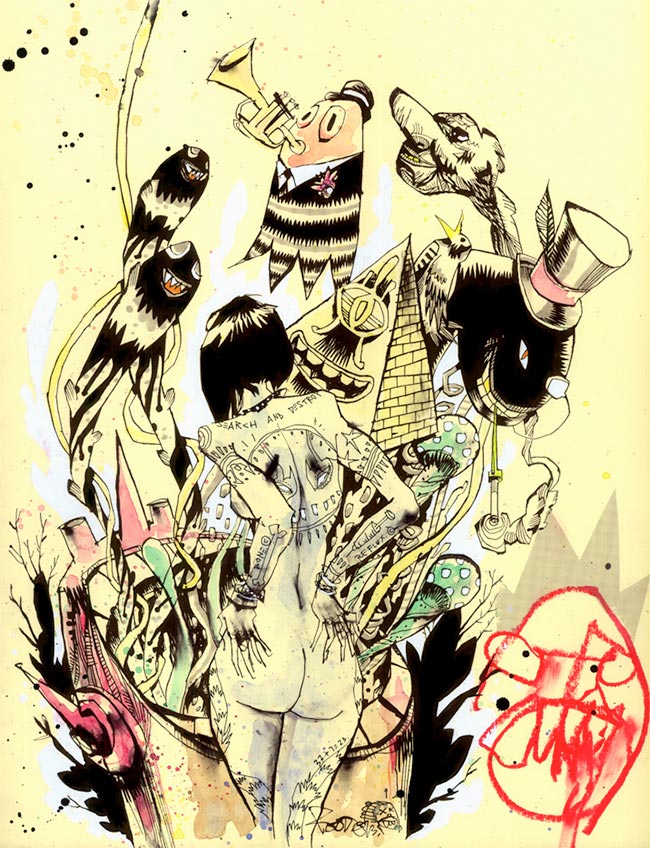 Jim Mahfood aka Food One was born on March 29, 1975 in St. Louis, MO. He was raised on a steady diet of classic cartoons, comic books, Star Wars, and his mom’s eclectic vinyl record collection. He began his professional art career at age 15, working for Artline Studios under the tutelage of artist Lorenzo Lizana. At age 18, he left home and moved to Kansas City to attend the Kansas City Art Institute. There he met Mike Huddleston and formed the studio: 40 Oz. Comics. A sacred bond was created, with Mike penciling and Jim inking, and the two produced hundreds of comic book pages together. Most of this material would never see the light of day. Frustrated with rejection, Jim started self-publishing his own work in 1995 with the first issue of Girl Scouts. This would eventually lead to him scoring his first big break in 1997 with Marvel Comics, writing and drawing the bizarre X-Men related Generation X Underground Special. And from there, Mahfood’s career has branched off into the fields of illustration, advertising, murals, fine art, animation, live art in nightclubs, and custom body-painting. He has worked for every major comic book company, and his freelance clients include: Disney, MTV, Sony and Cartoon Network.

“I grew up just being a huge fan of punk rock and hip hop. When I was a kid, in ’86 and ’87 we were all riding skateboards and listening to Public Enemy. I was always really moved by all that culture. When I went to art school, I started going to underground hip hop parties, where there were DJs, and graffiti artists, and that’s when I really first saw live art. Then we had the idea of hanging art at the shows, doing hip hop-art shows. And my whole art style, I wanted it to look like the whole vibe of the hip hop culture. I wanted the characters to really give the vibe of that culture, the attitude of hip hop.” – Jim Mahfood (Hunt & Gather) 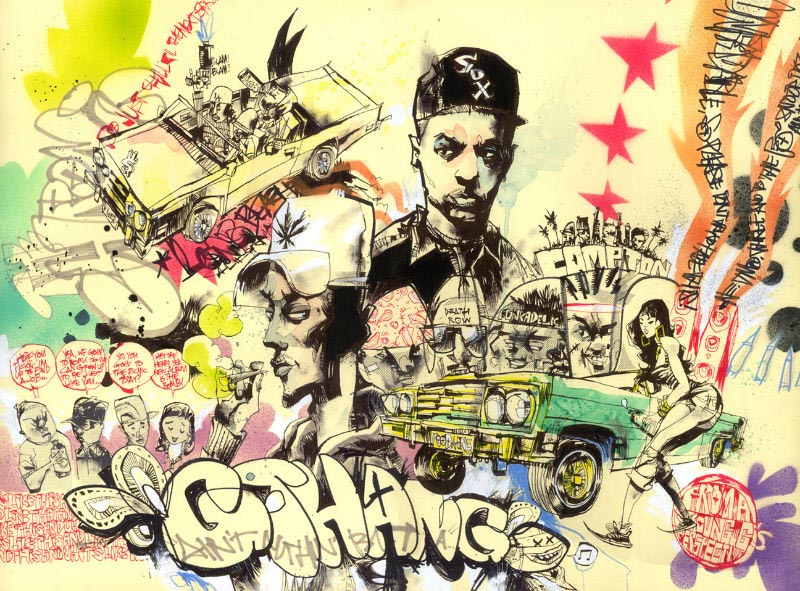 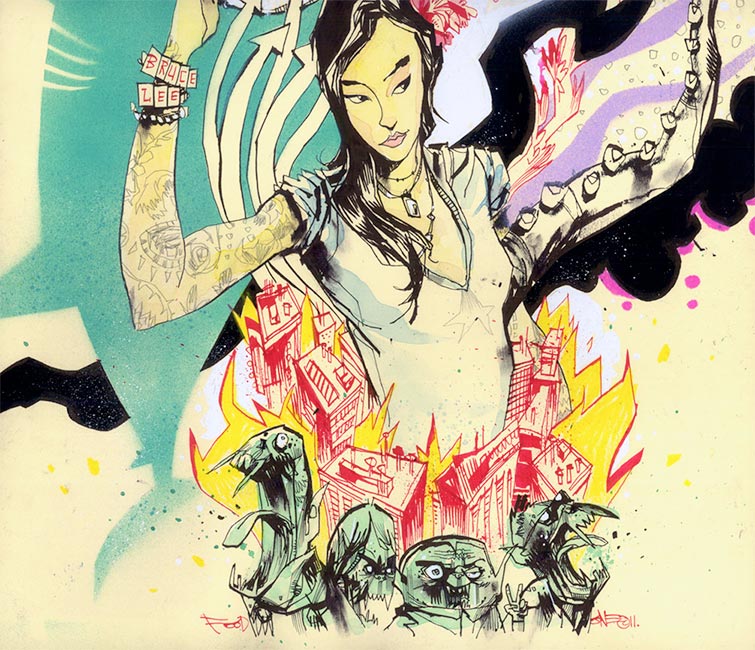 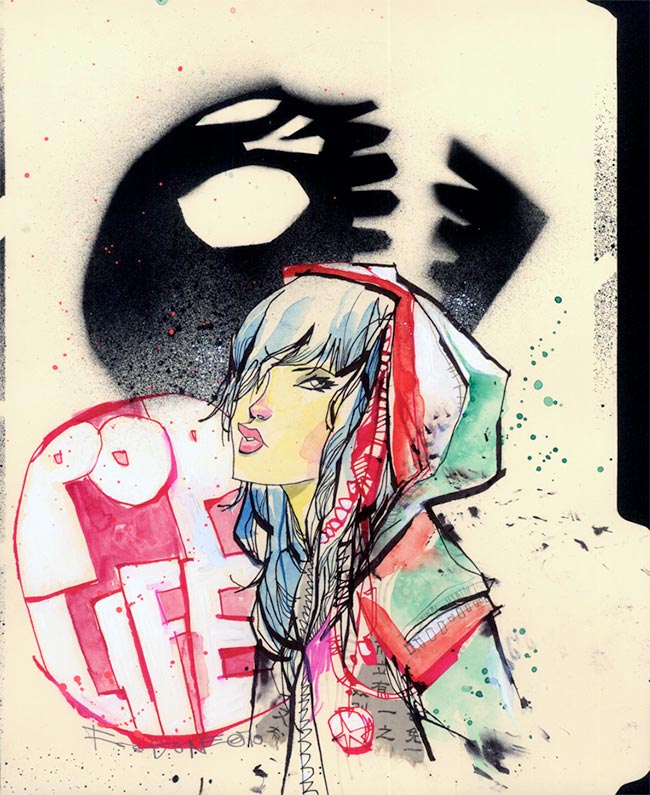 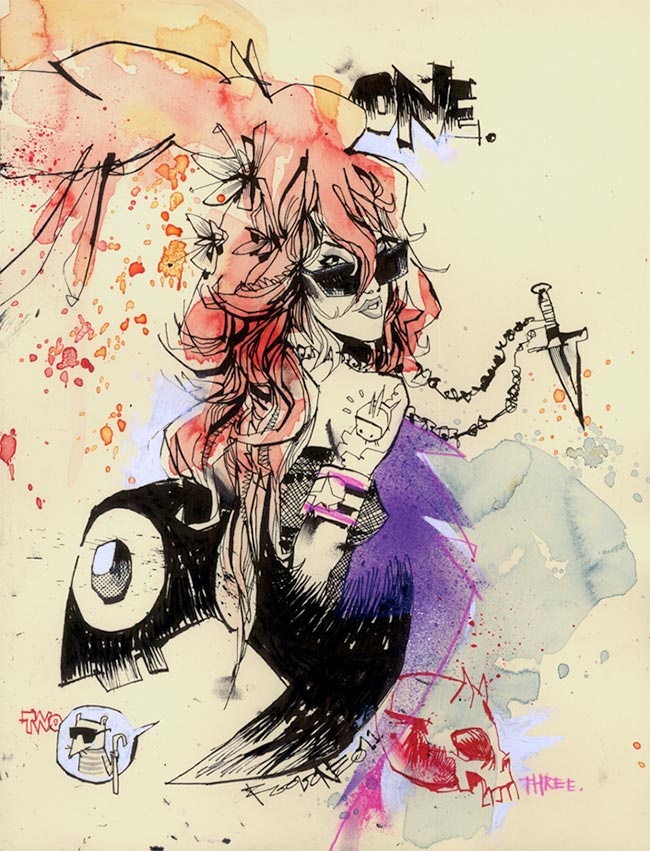 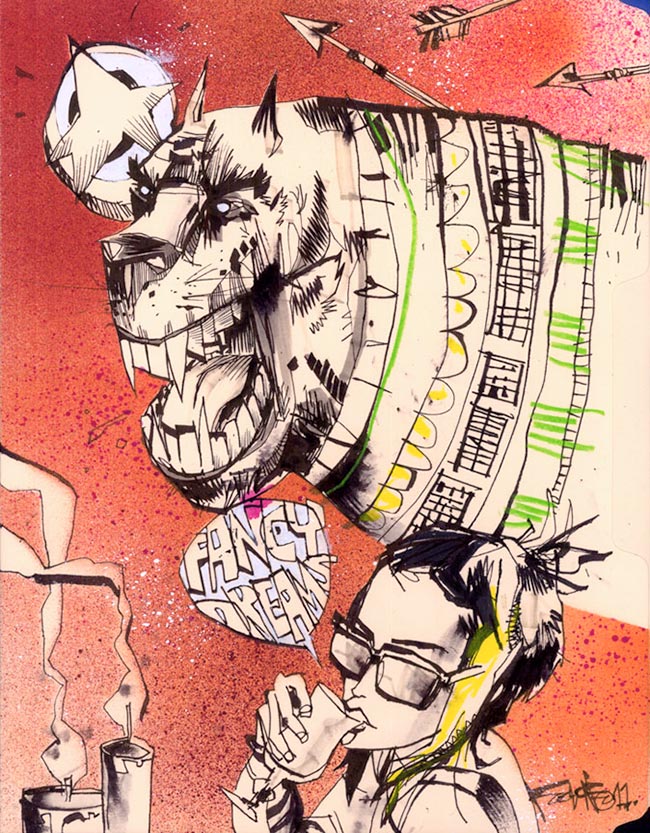 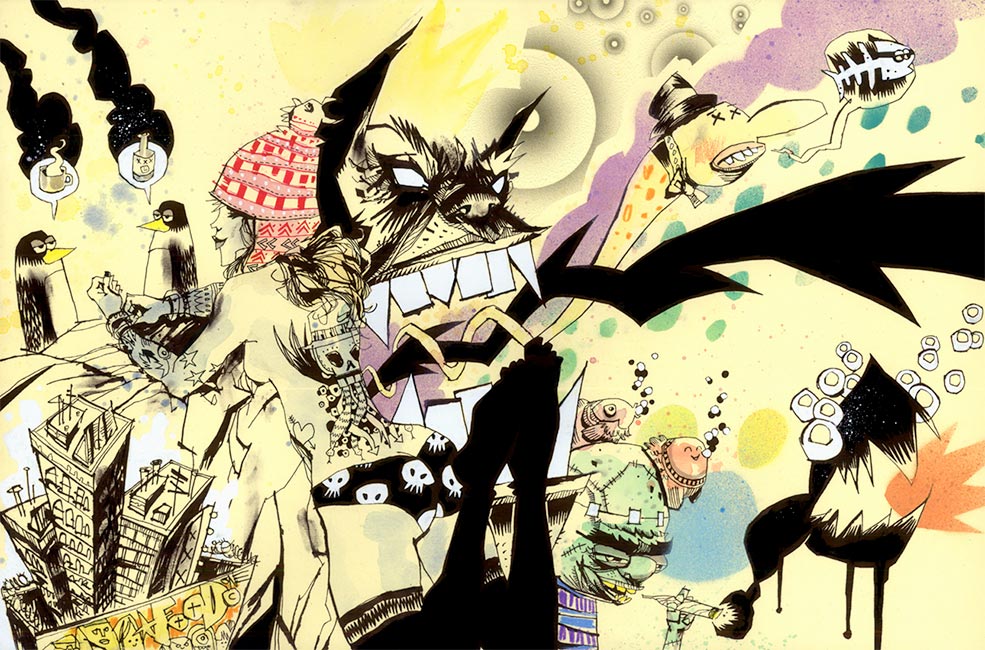 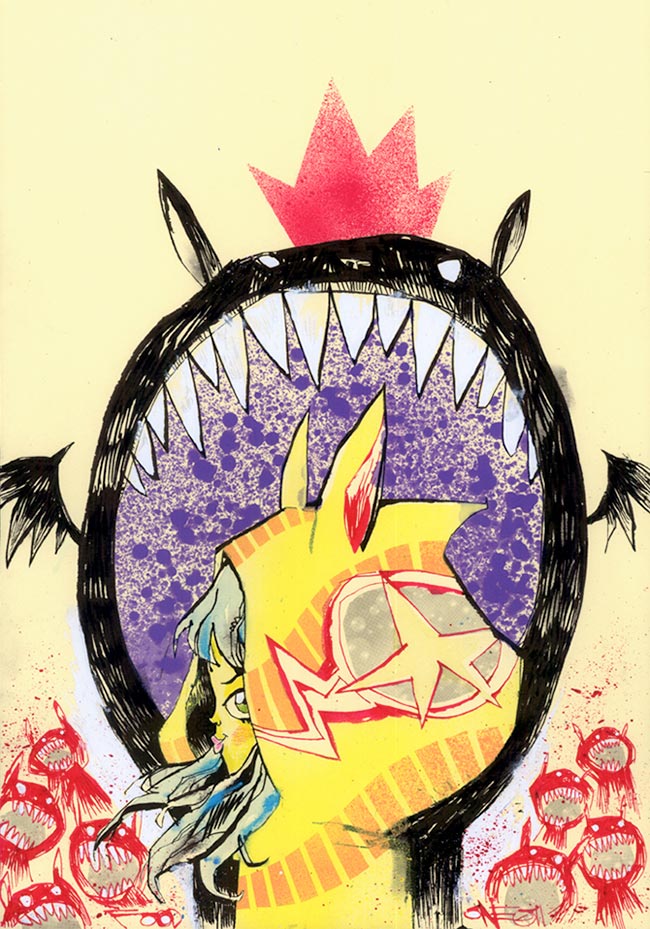 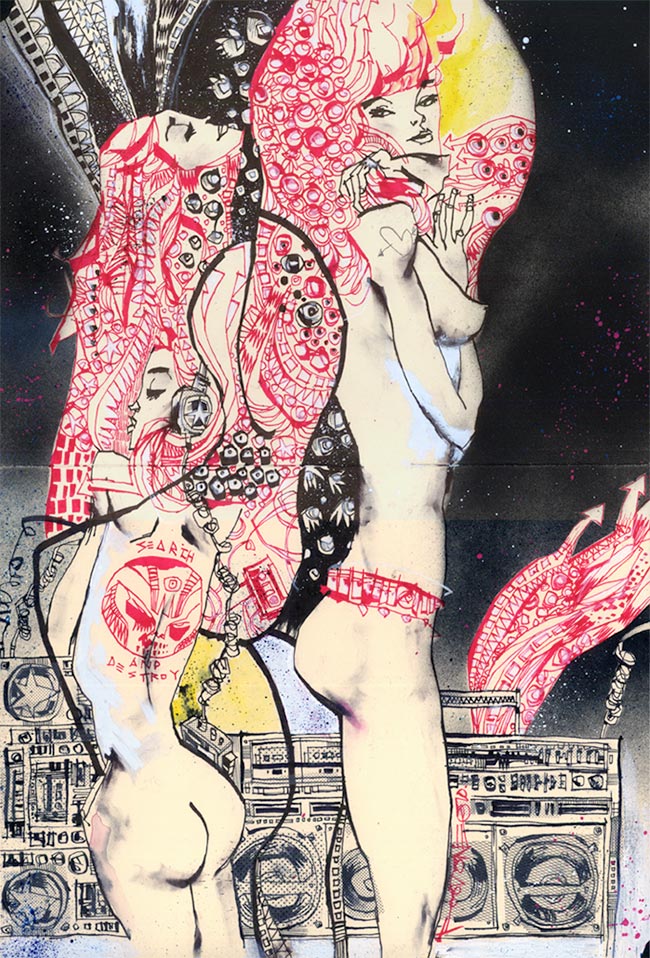 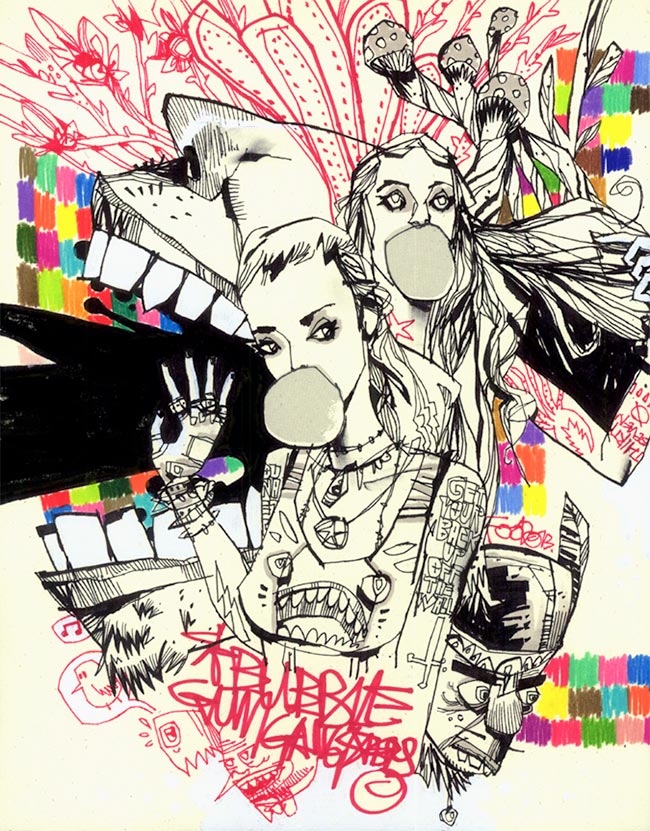 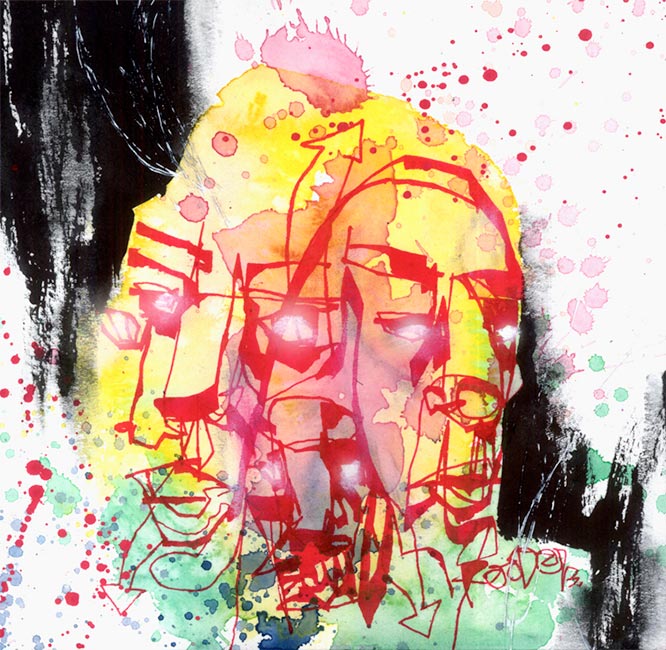 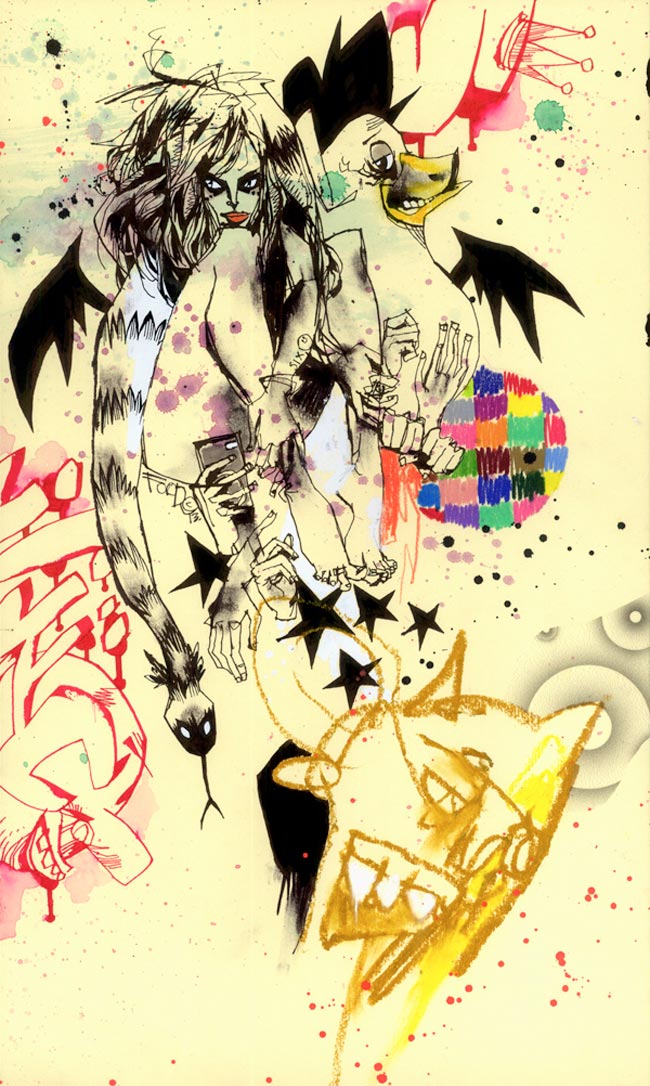 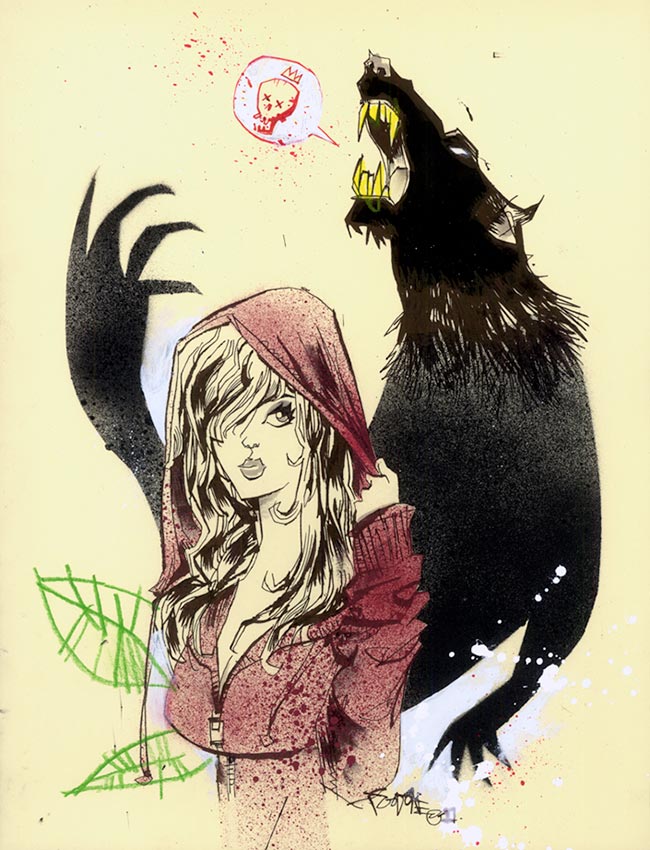