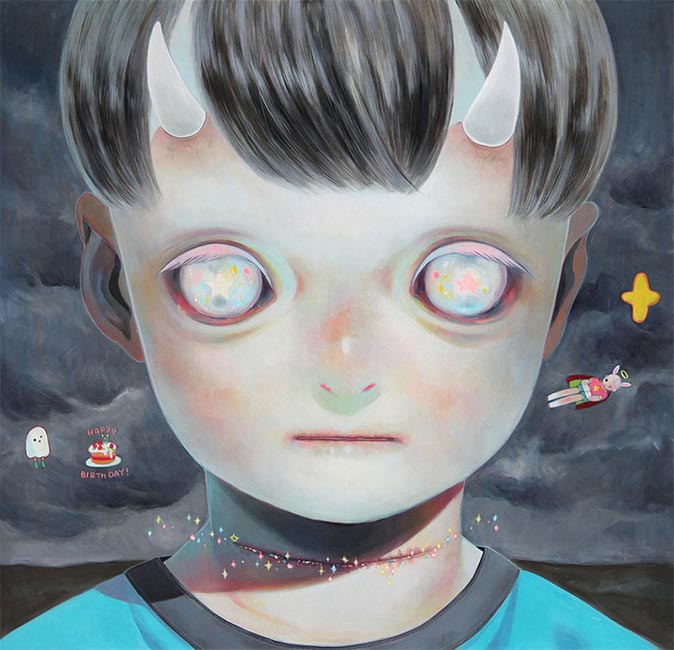 Based in Nagano, Japan, Hikari Shimoda first studied illustration at the prestigious Kyoto Saga University of Art and Aoyama Juku School before beginning her career as a contemporary artist in 2008. Soon afterward, Shimoda was selected for her first solo exhibition at Motto Gallery in Tokyo, and since then has held exhibitions annually in galleries worldwide, spanning Japan, the United States, Canada, and Milano, Italy.

Shimoda’s artwork paints a world where cuteness and horror coexist, and fantasy meets reality. She credits the Japanese pop culture she grew up with as the main source of inspiration of her Lowbrow ‘Irasuto’ style, which means artwork made by people inspired by anime and manga. There are often children putting on heroic costumes such as Superman and ‘shojo’ or magical girls, an anime sub-genre of young girls who use magic. Through depicting children especially, Shimoda reveals the problems people in today’s society struggle with from within. Children possess a simple existence because their identity is ambiguous which provides her with an original point of view.

In her ‘Whereabouts of God’ portrait series of other-worldly horned children, she also comments on Christianity’s anointment of Jesus Christ as savior of humanity and mirror of our fantasy heroes. These characters not only represent heroism but an adult desire to watch our children grow and defend the world we have constructed. With each new piece, Shimoda advances her search for salvation and her deeper understanding of this chaotic world.

“The cute and pop subjects you can see in my pieces first are important key items to understand the themes of my art. There are various aspects in this world today, and it’s difficult to reveal the essential qualities of things just by depicting those serious aspects as they are. Therefore I need manga-like characters and cute colors or subjects as a ‘common language’ to represent serious aspects of this world. The definition of ‘Irasuto’ today is manga-like artwork that artists paint freely as they please, so it’s different from ‘illustration’ that has specific orders of client. In other words Irasuto is articulate, so Irasuto has a strong influence on young people who face various problems in the world, and also have great potential for the future.” – Hikari Shimoda (Cotton Candy Machine) 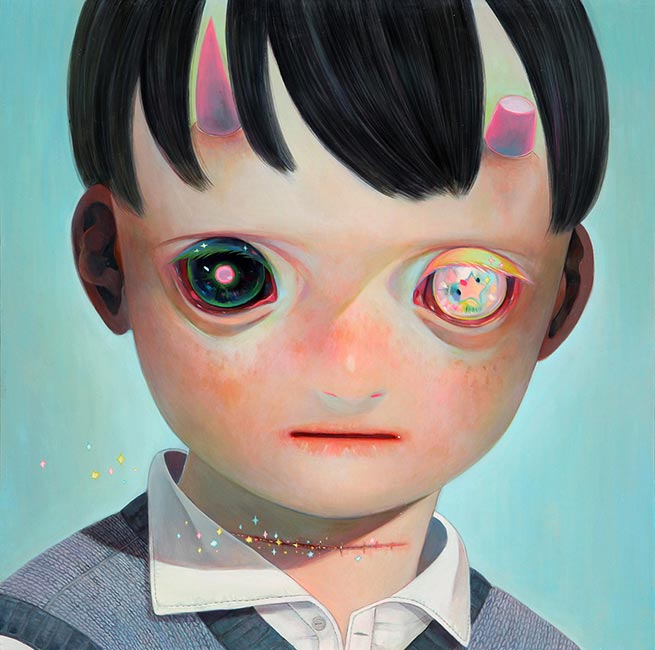 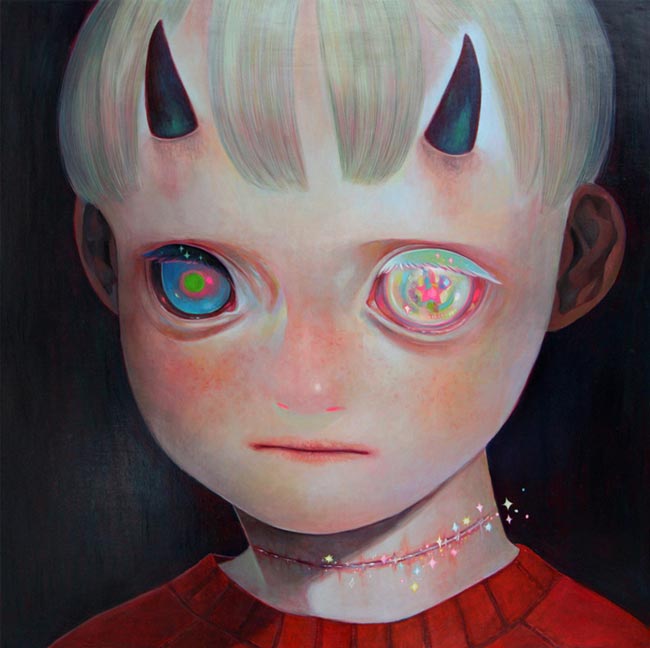 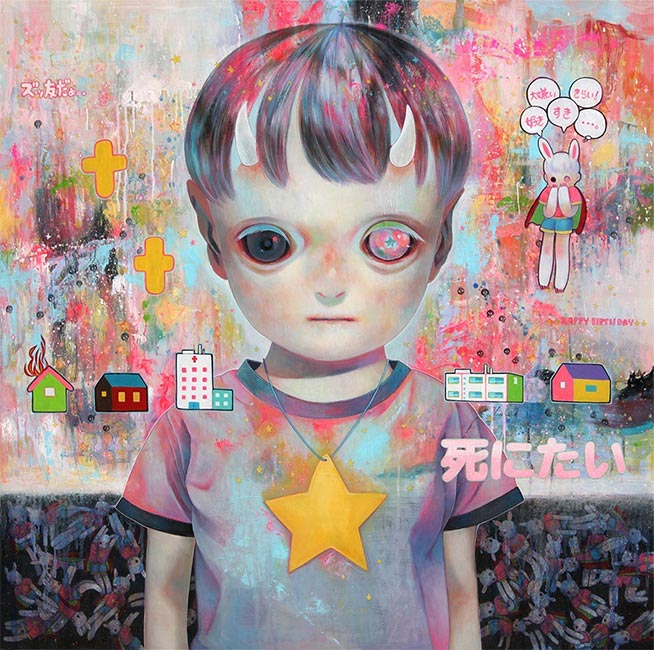 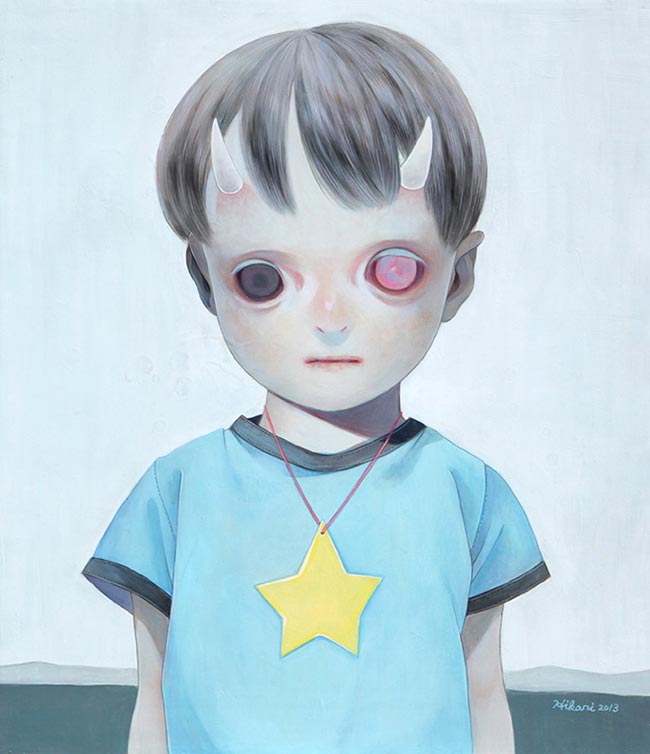 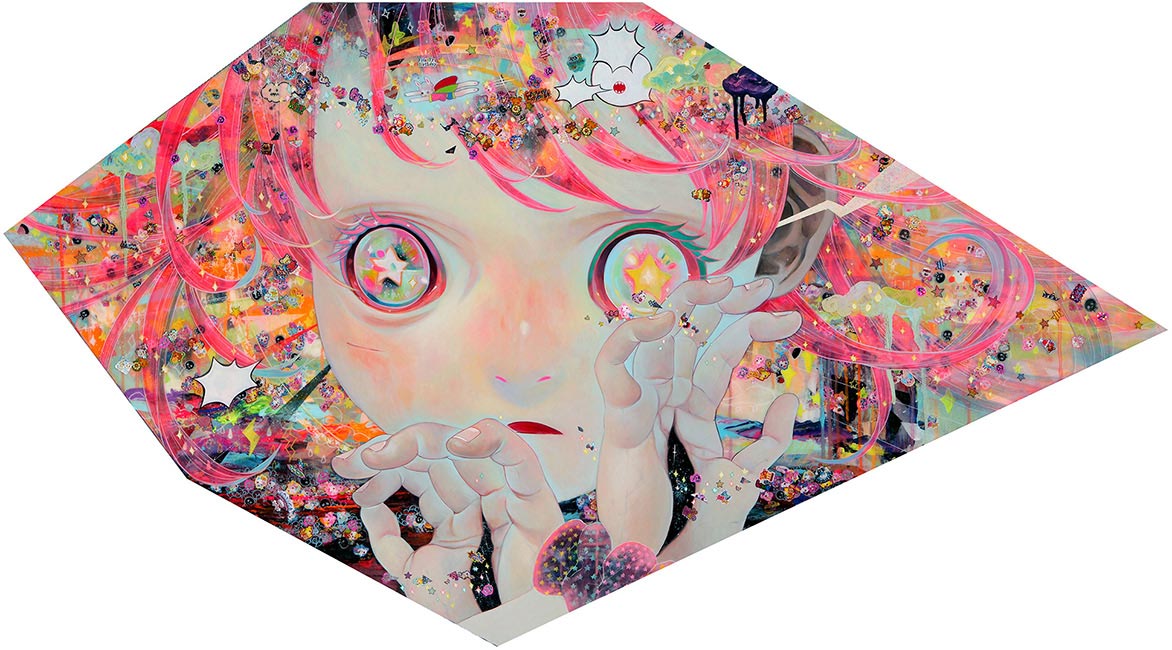 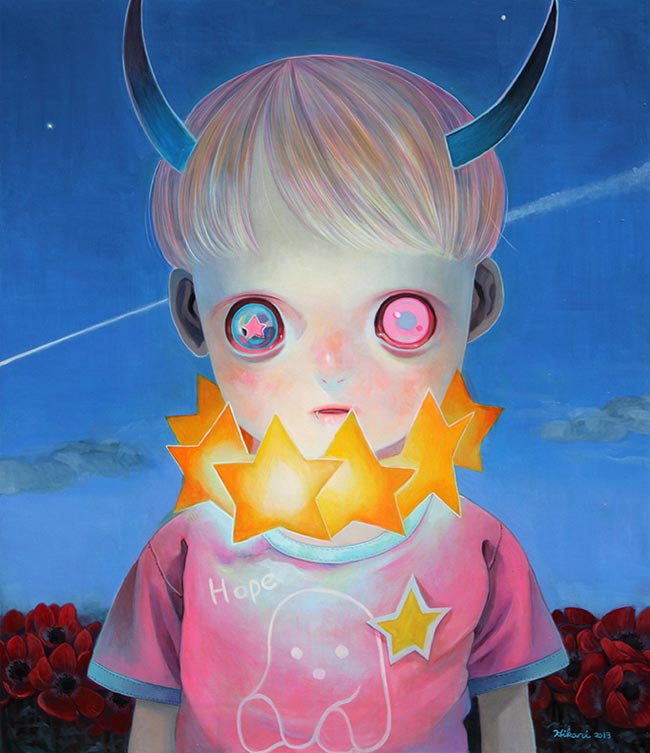 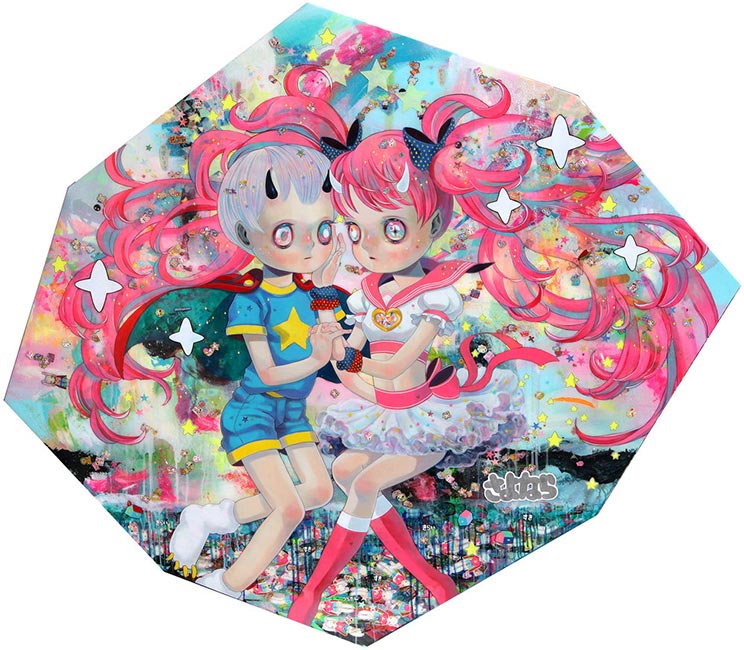 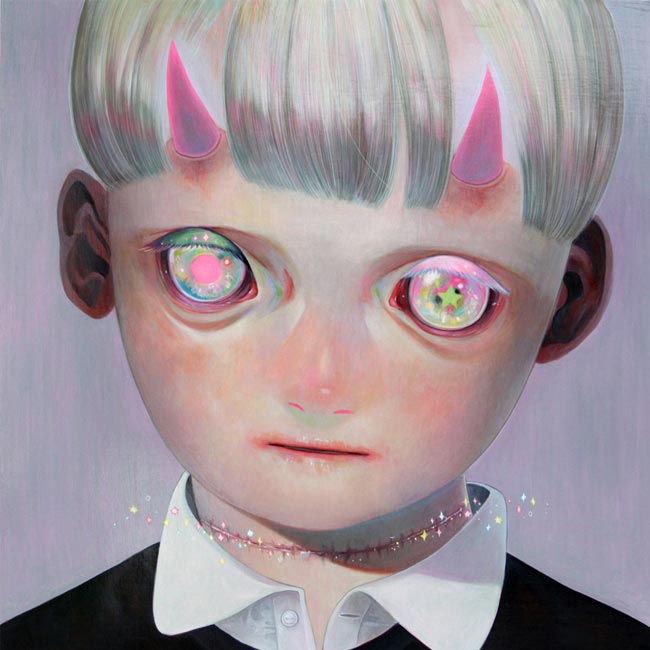 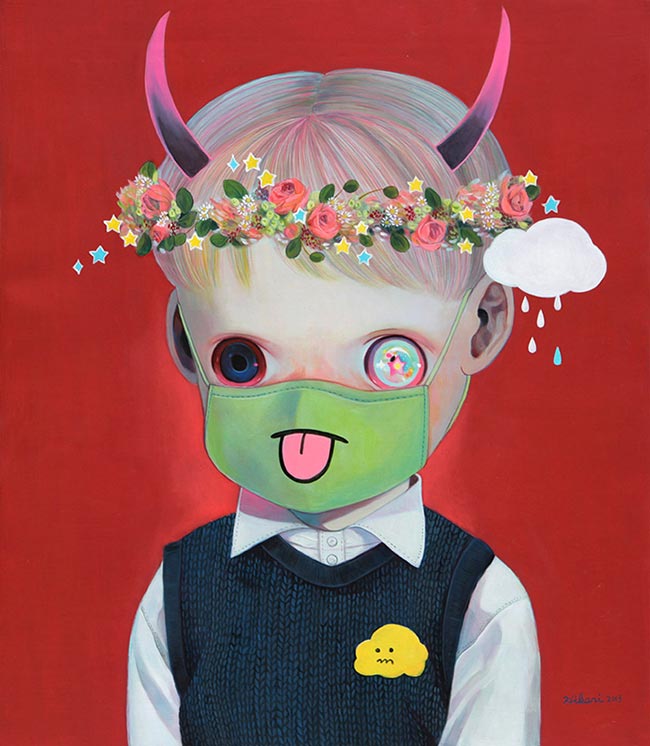 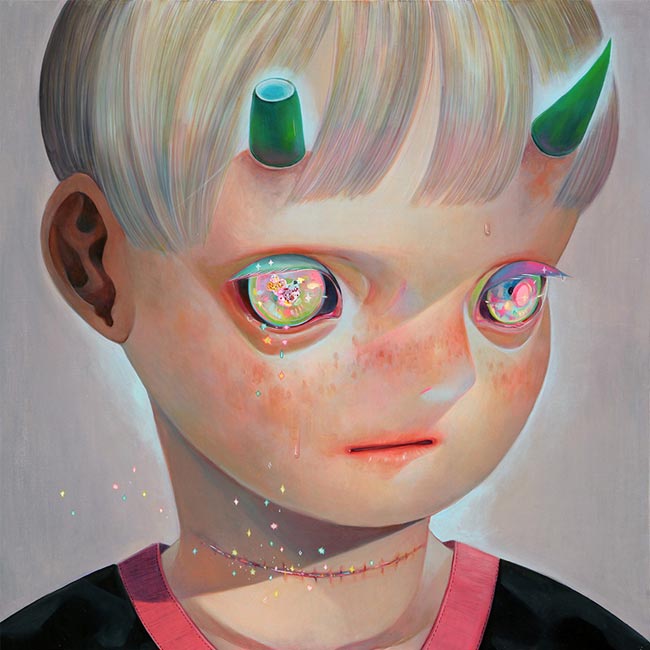