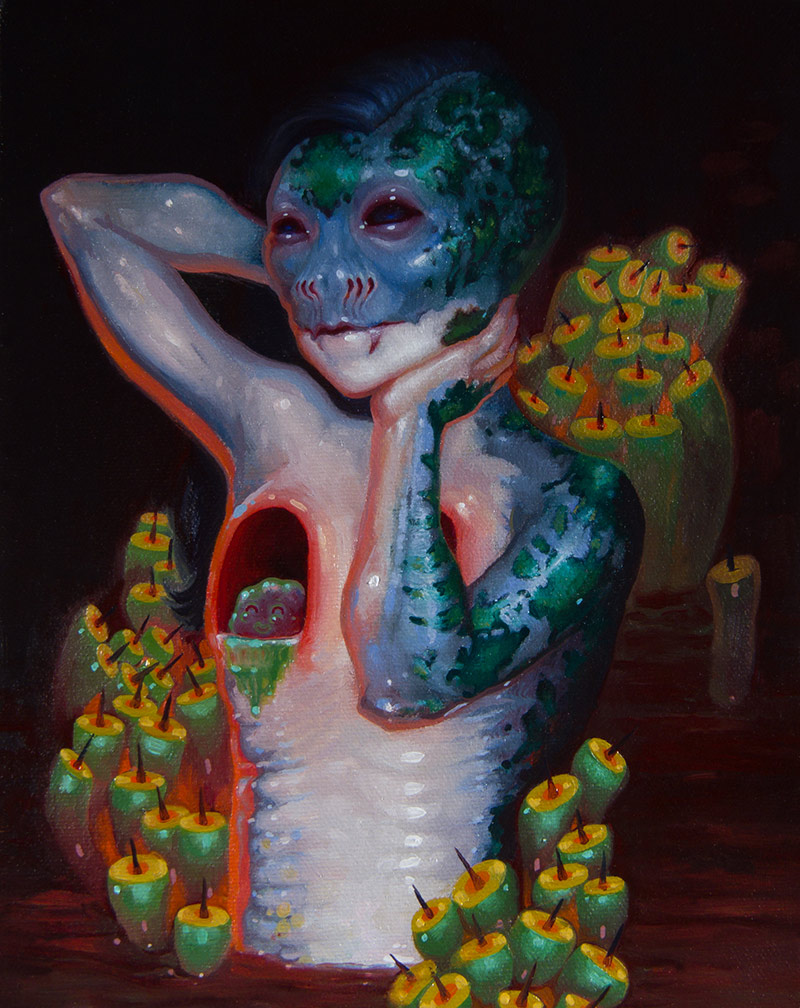 Born in 1984 and raised on the island of Oahu, Hawaii, Jacqueline Gallagher received her Bachelor of Fine Arts from the University of Hawaii at Manoa in 2009. Since then, she’s exhibited nationally numerous times with 3 solo and many more group shows. In 2015 Gallagher relocated to her new home in Portland, Oregon, where she is currently exploring strange themes of sexual augmentation and female identity in a chaotic and alien landscape.

“Years ago, I created a lot of zombies, especially portraits. I guess I kind of felt like that going to school and where I was in my life at the time. Then, the focus became more about aliens and brain slugs—outside controlling forces, which was also where I was during that time.” – Jacqueline Gallagher (The Manifold) 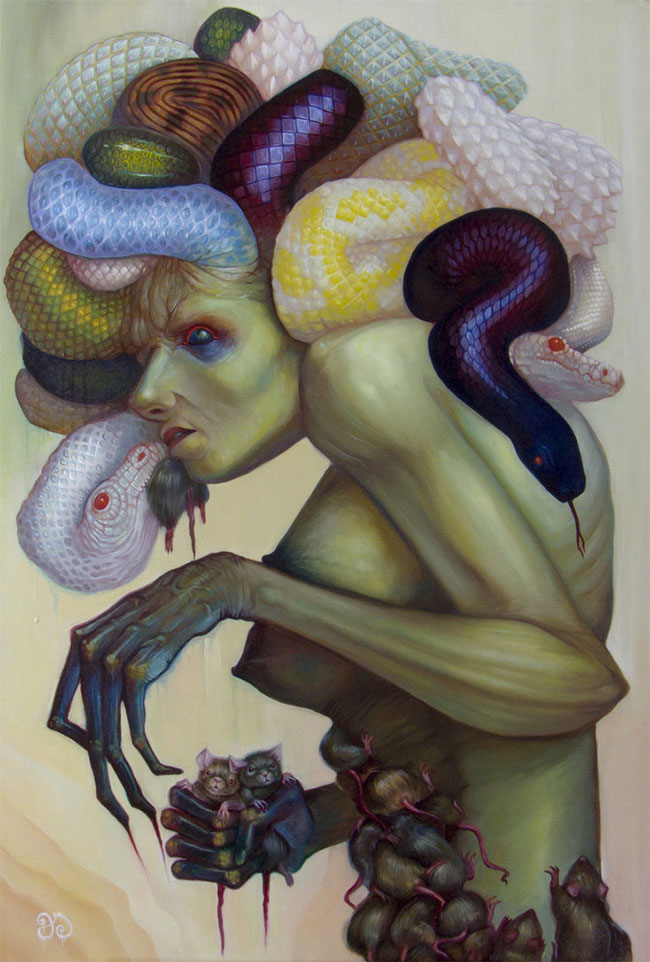 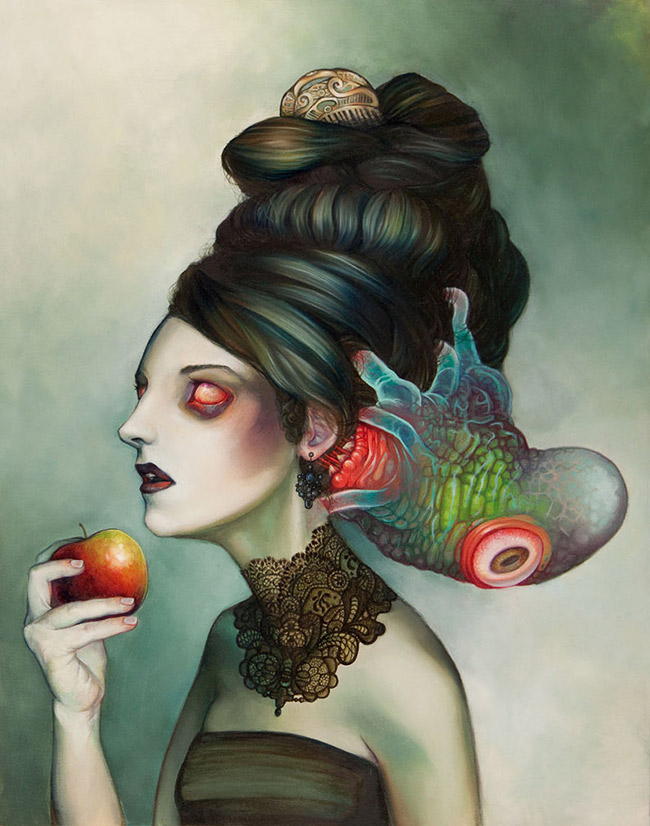 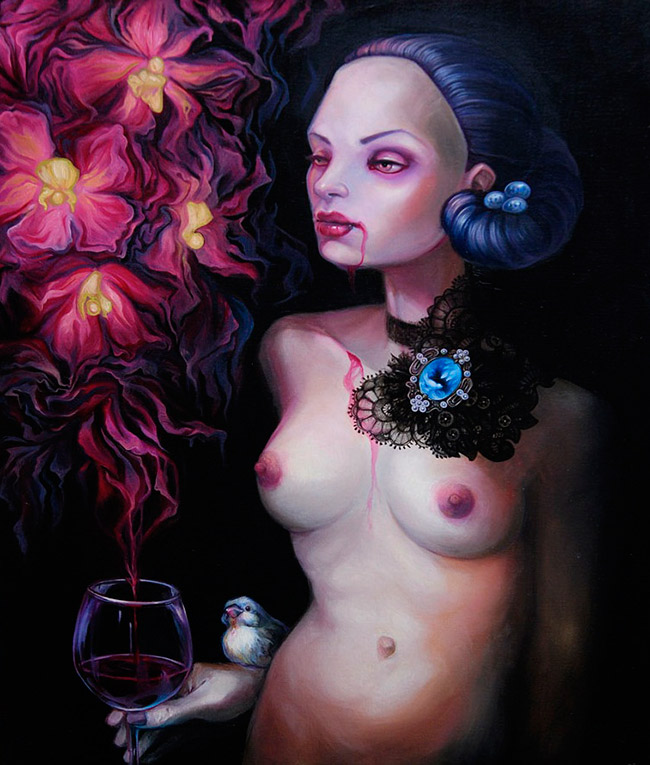 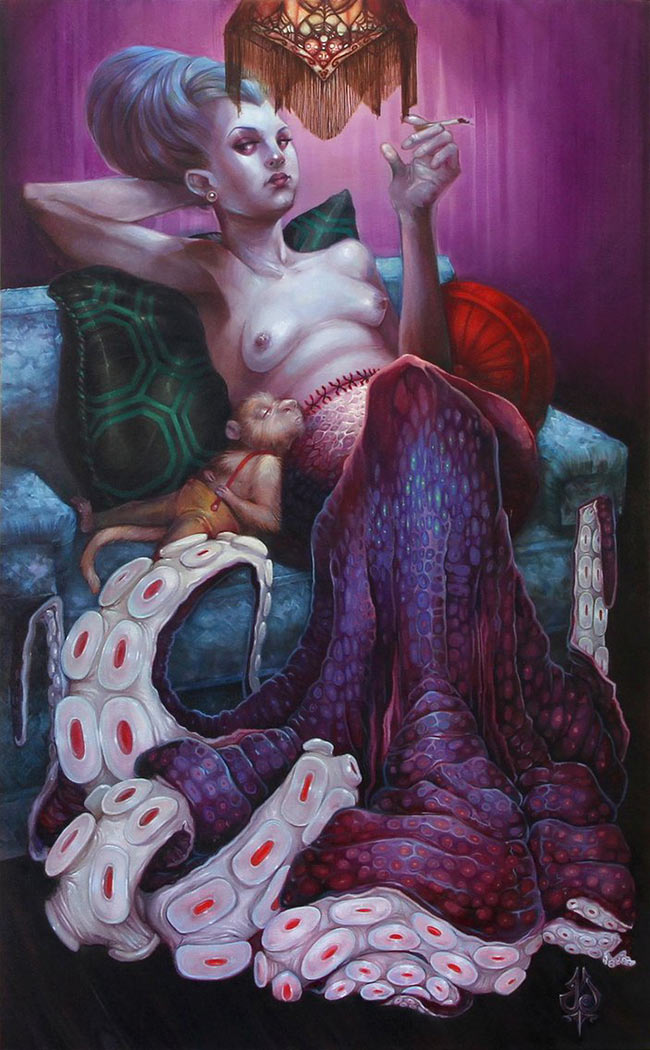 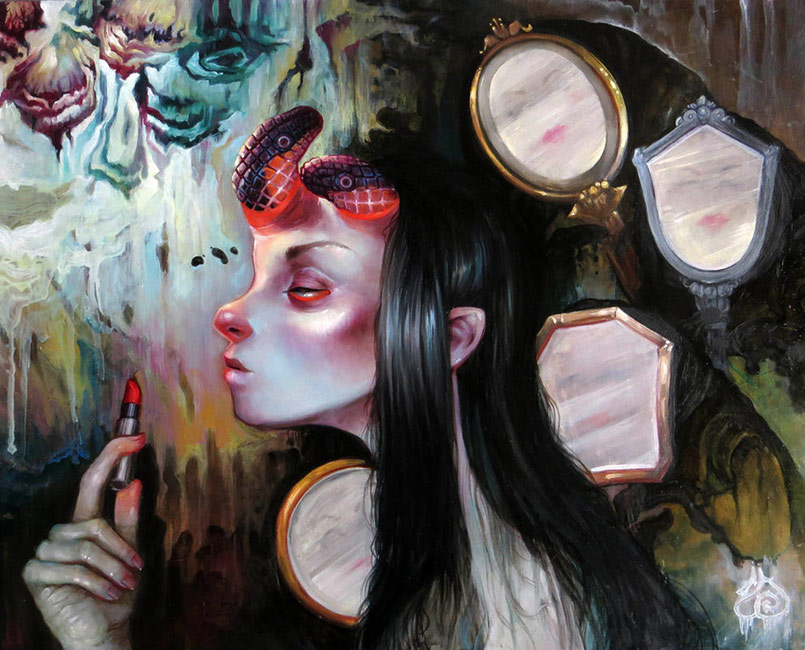 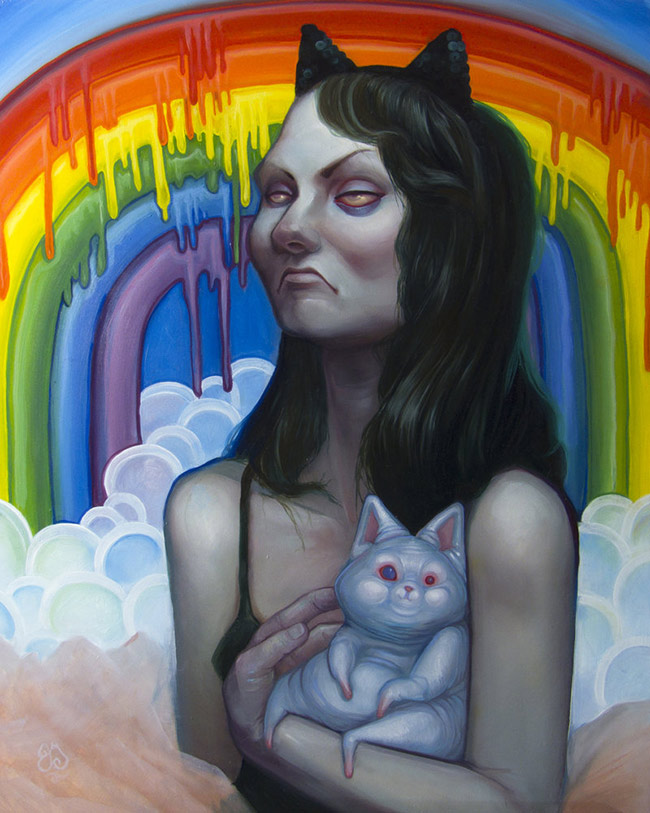 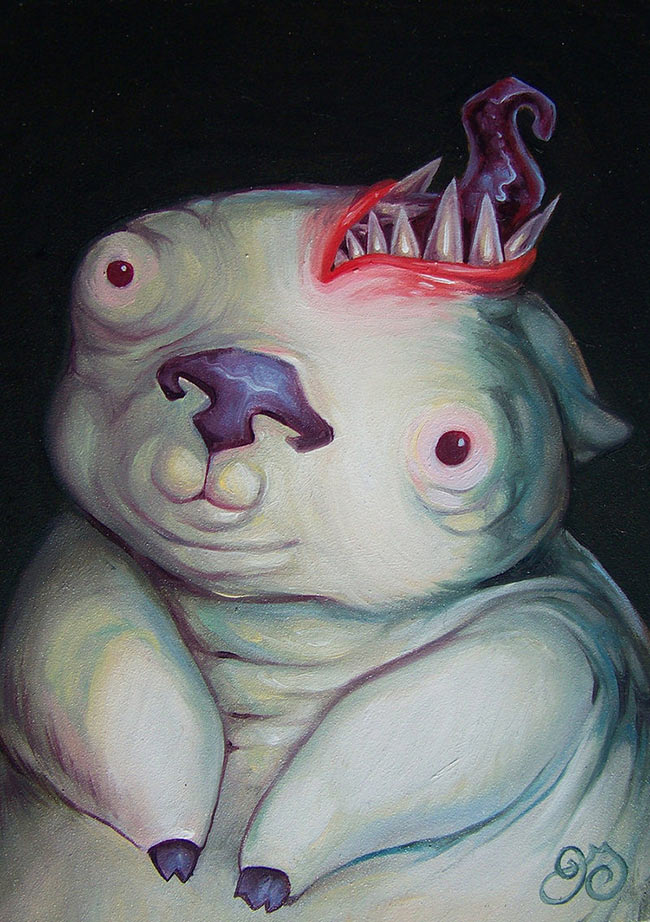 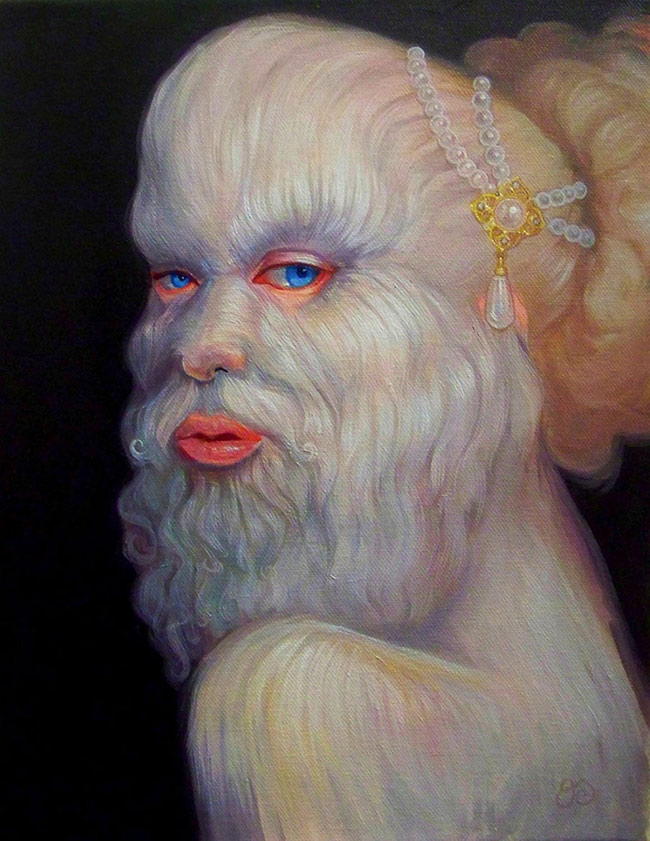