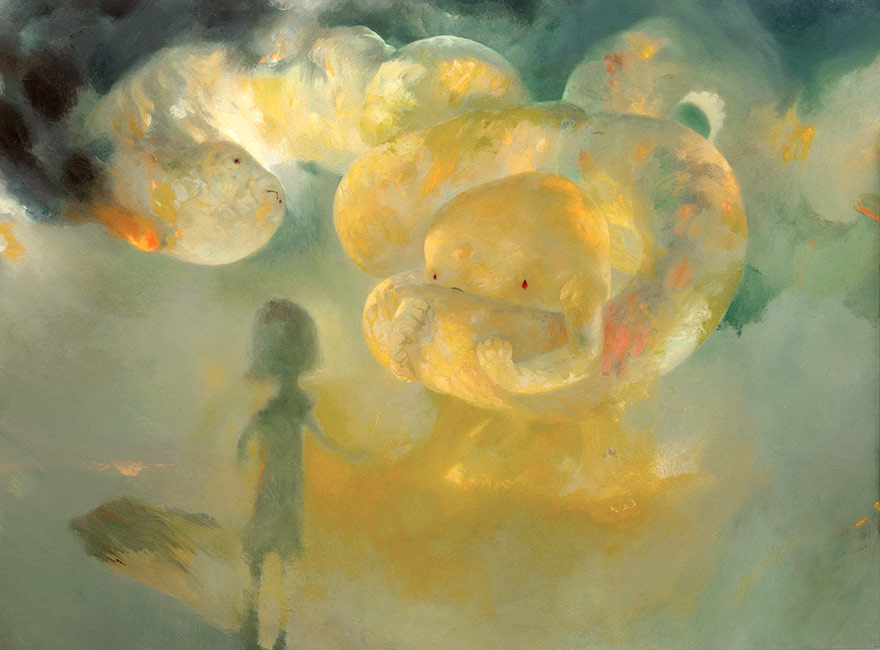 Joe Sorren was born in 1970 in Chicago, IL. He was raised in Arizona and spent his childhood drawing on anything and everything that didn’t move. After he earned a BFA from Northern Arizona University in 1993, he worked as the creative director for Transworld Snowboarding Magazine while raising his two children Martha Elaine and Henry Vincent.

His first solo exhibition took place shortly afterwards in 1995 in Los Angeles. For the past 15 years since, he has shown his artwork in solo exhibitions in galleries and museums in the United States and abroad. His artwork has appeared in publications such as The New Yorker, TIME and Rolling Stone, in addition to numerous cover stories in art publications, such as Juxtapoz.

Current developments in Mr. Sorren’s painting style evince a new manner of gravitas not seen in his earlier compositions. Recent works explore new ground as the artist plays with new forms and palette, highlighting the tender faces and gestures of his signature figures.

Currently working from his studio in New York City, Joe relies on a skateboard to get around town and has a serious love for telling duck jokes.

“It’s funny, it’s a balancing act, because, for me, so much of painting is setting up questions for the viewer. Questions that the viewer may not even know they are being asked until six months into living with the piece, or however long it takes for that sort of connection to happen. I guess what I am getting at is, I feel discussing those individual thematic elements of a piece is, ironically, depersonalizing to the work in the long run.” – Joe Sorren (Hi-Fructose) 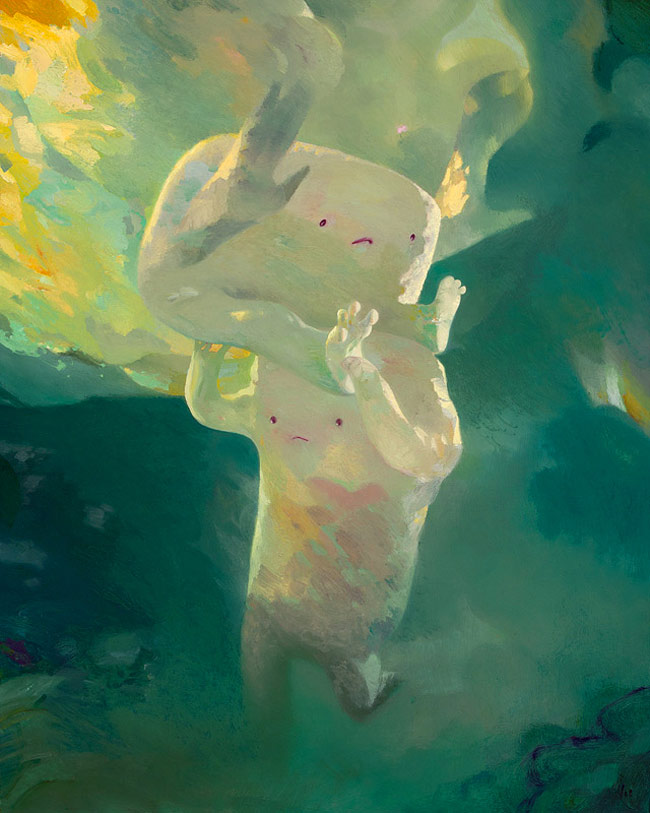 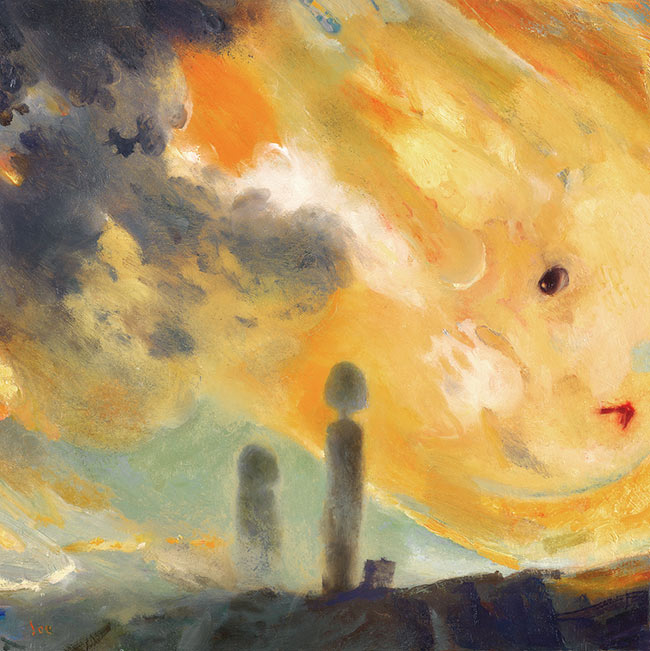 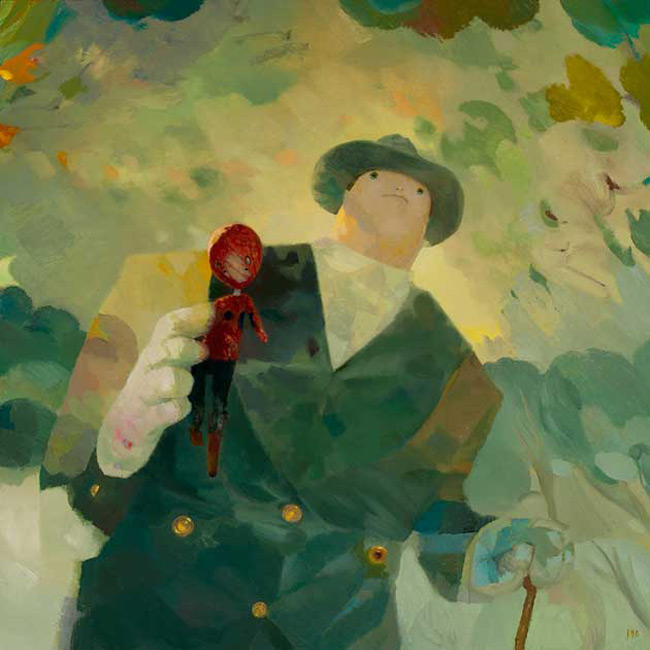 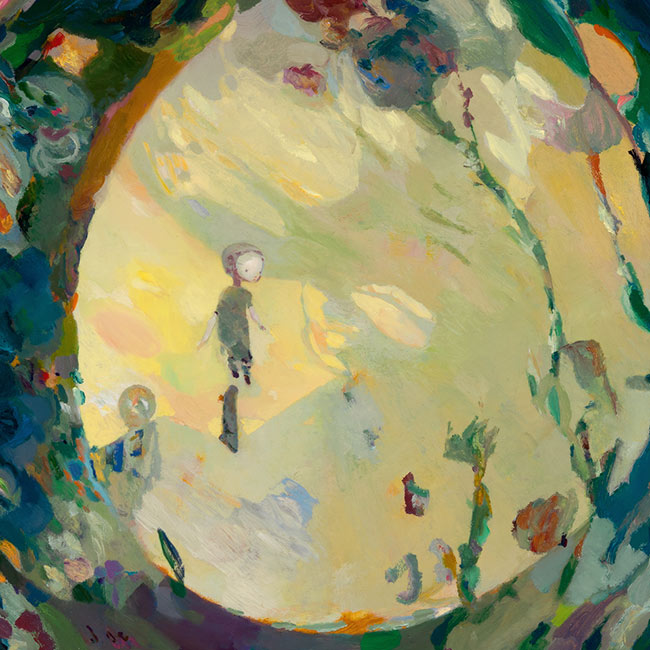 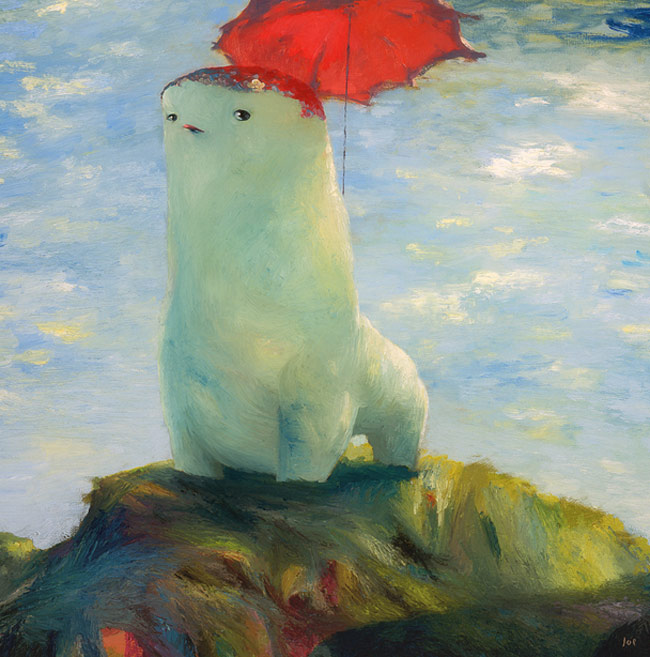 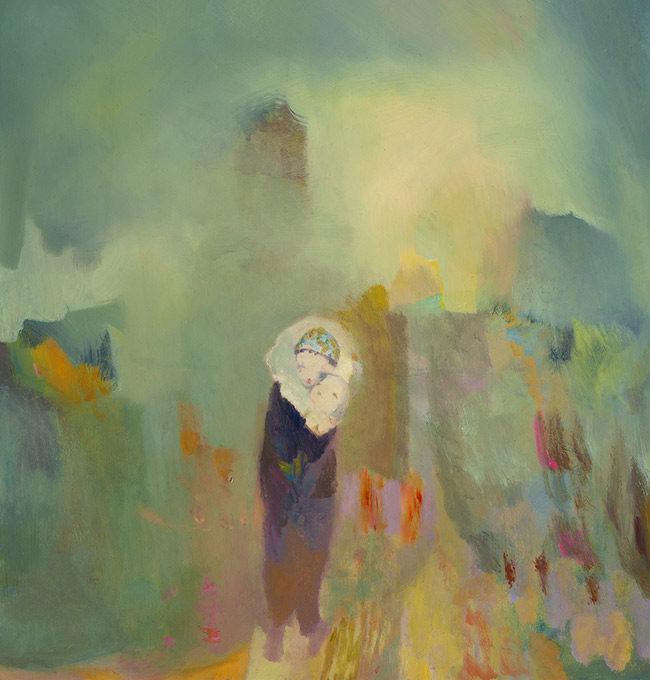 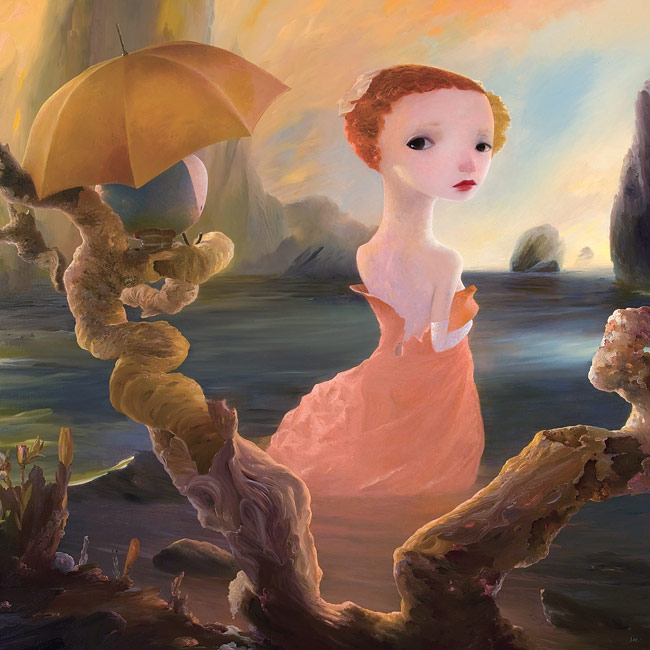 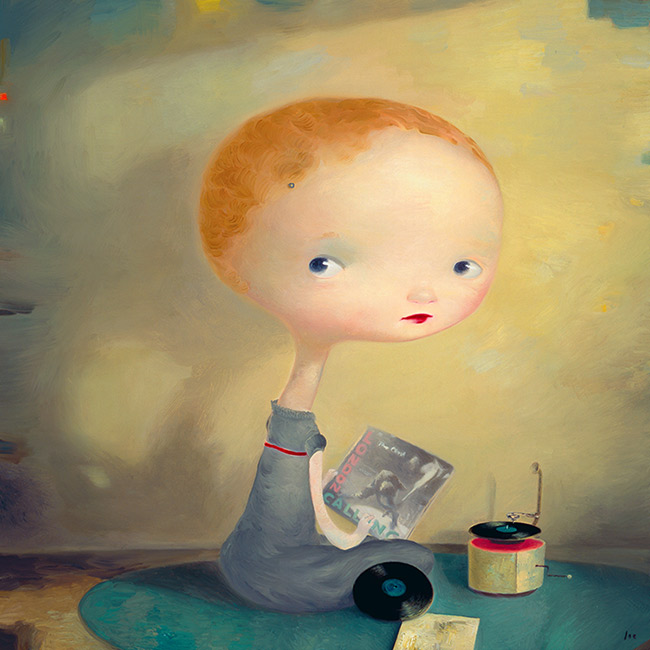 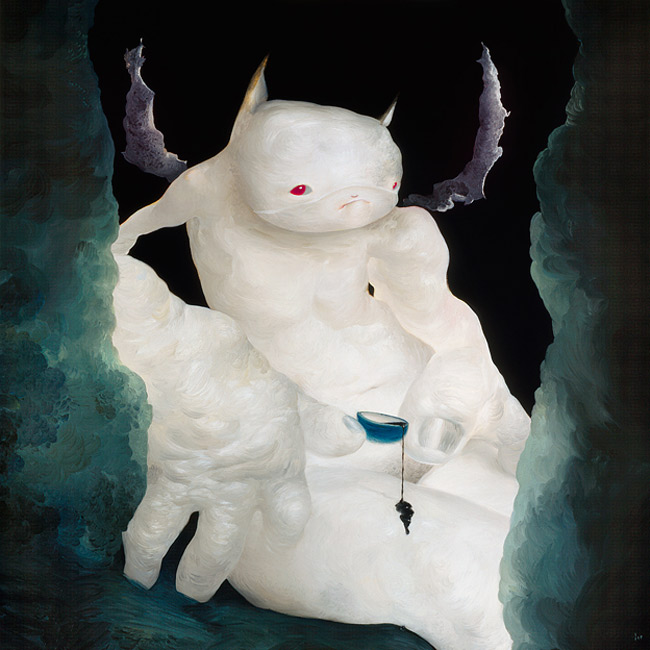 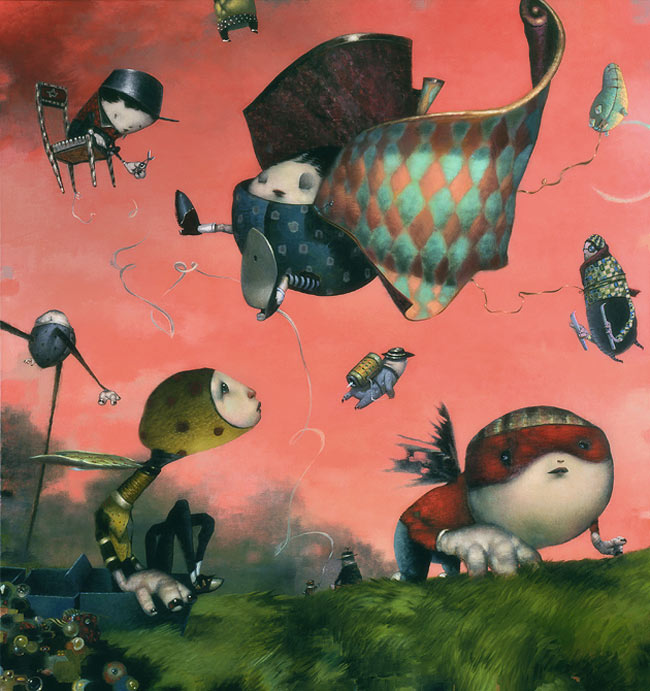 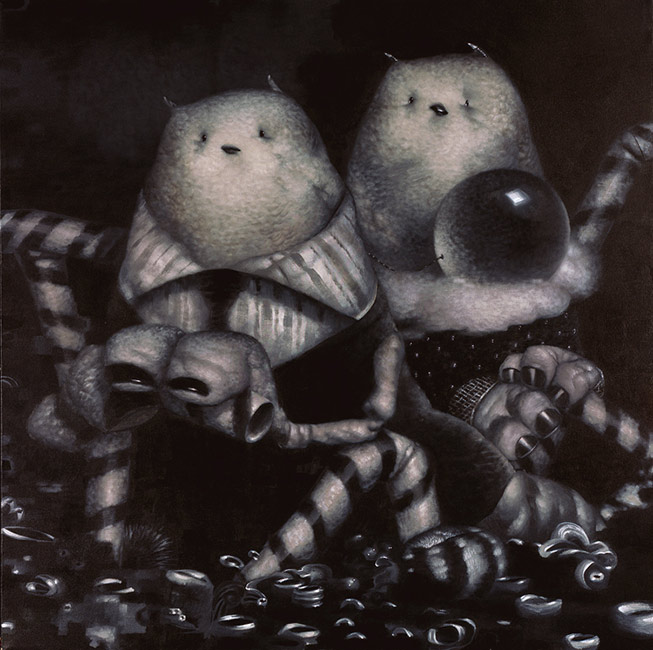 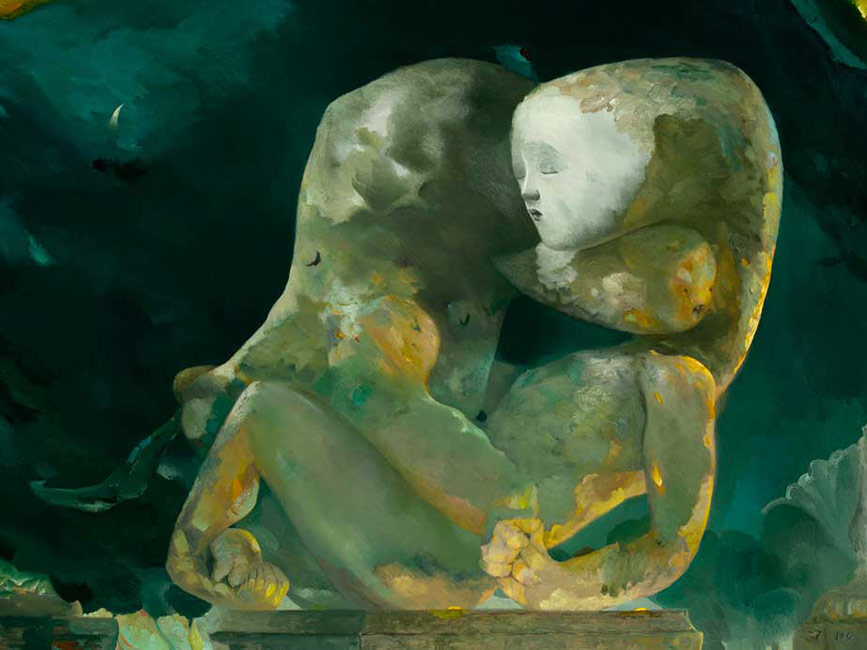 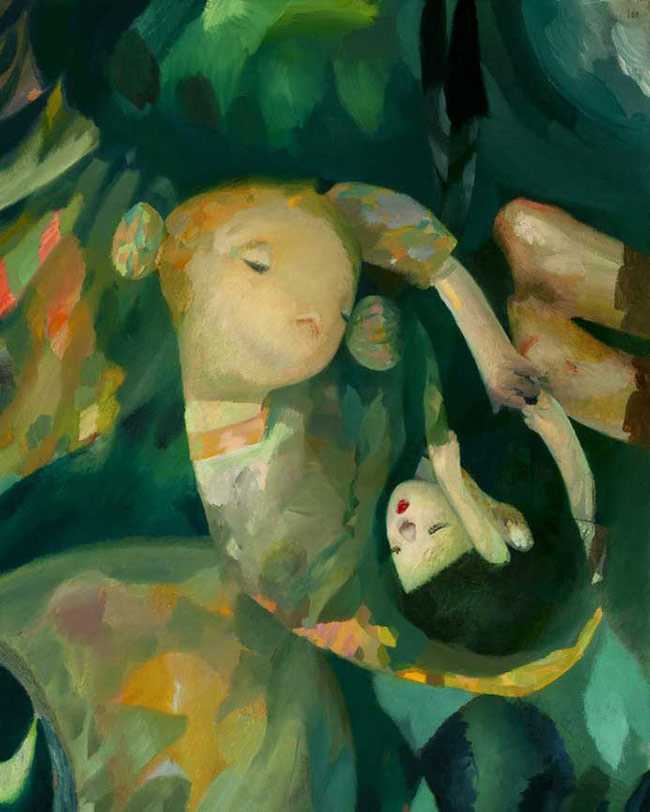