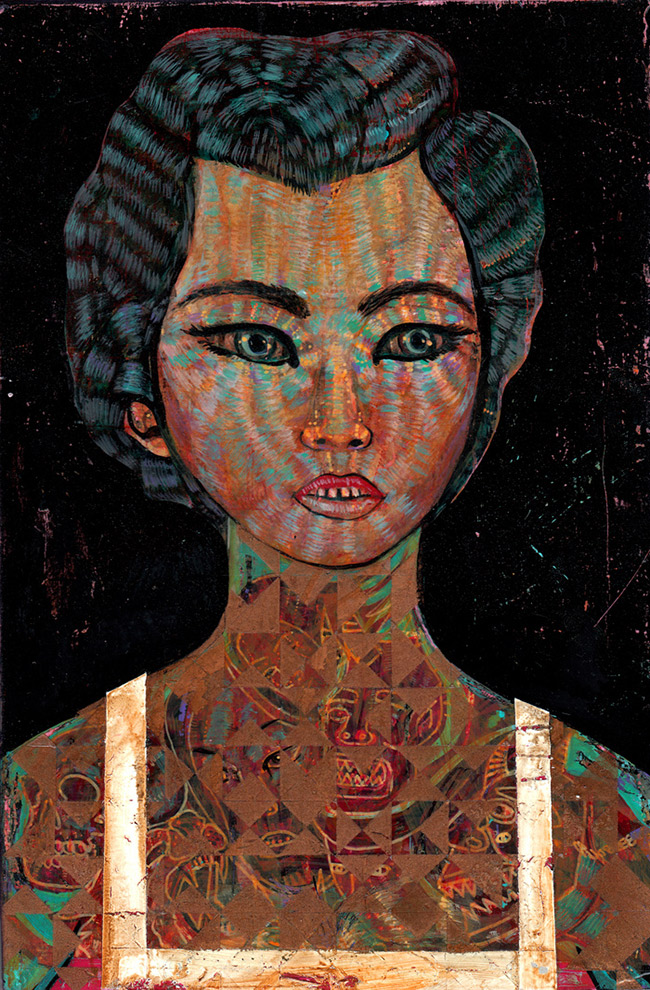 Jon Todd has developed a unique style based on a process of layering in his artwork. His many influences include tattoo graphics, street art, Asian, Northern European and Mexican cultures. By absorbing each of these influences into his art, Todd works with a number of different themes, processes and stylizations in each piece. His work represents timeless depictions of social issues and pop culture iconography, both past and present. While exploring themes of war, corruption, and internal struggle, Todd uses as many mediums as possible as a part of his creative process. These include painting on found objects, collaging various patterned paper using the technique of alcohol transfers, wood block cuts and screen printing. Todd regularly distresses his works using various chemicals, scratching tools and belt sanders. mixed media paintings resemble kaleidoscopic mosaics charged with iconography. These highly personal reflections, despite their vivacity, primarily deal with issues about misguided stigmas, psychosis and miscommunication.

“I start with a naïve sketch so I can change things constantly. I love making ‘happy mistakes’. I am not afraid to kick the crap out of a painting, if it makes the end result unique and pleasing to the viewer. For example, I’ve spent hours painting detailed tattoos – realizing it was too clean – and then ran it through the belt sander, which made an awesome smearing effect. I’ve also poured rubbing alcohol, scraped, gouged, and even lit my painting on fire with a blowtorch.” – Jon Todd (Erratic Phenomena) 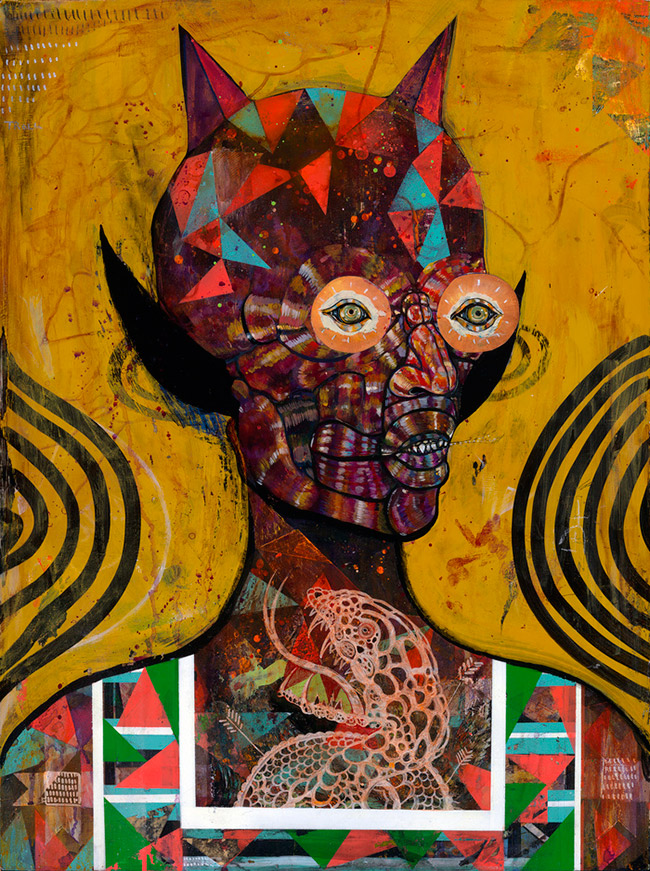 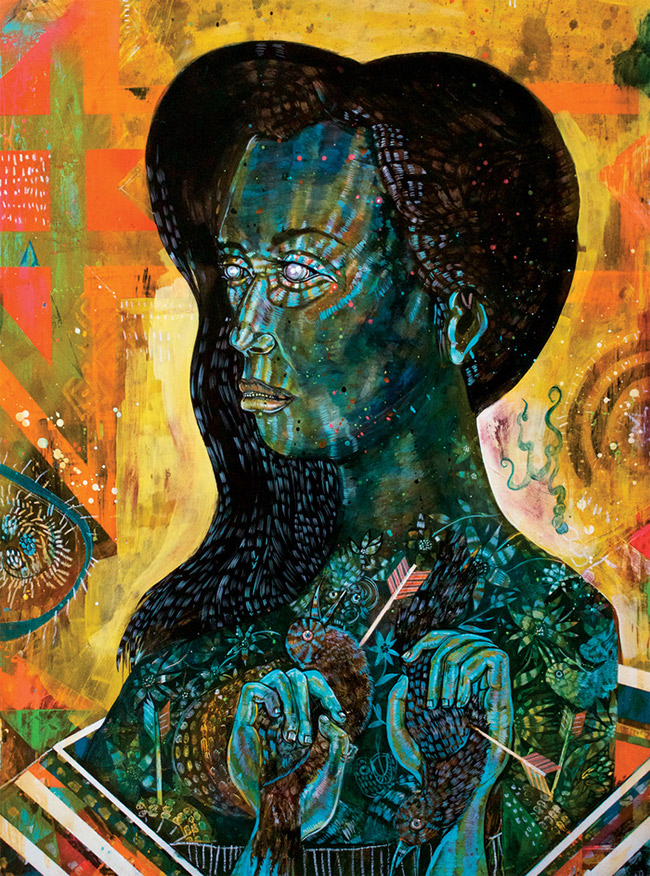 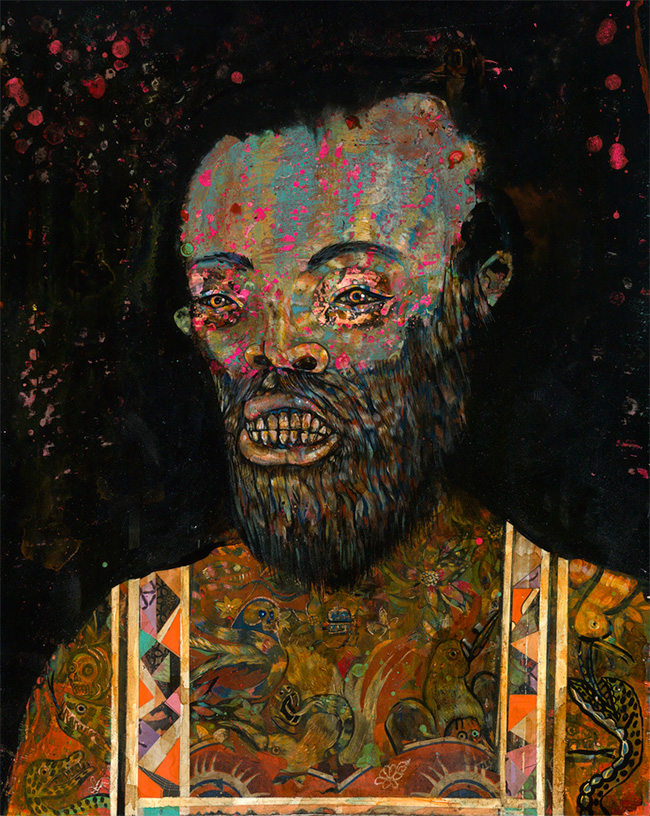 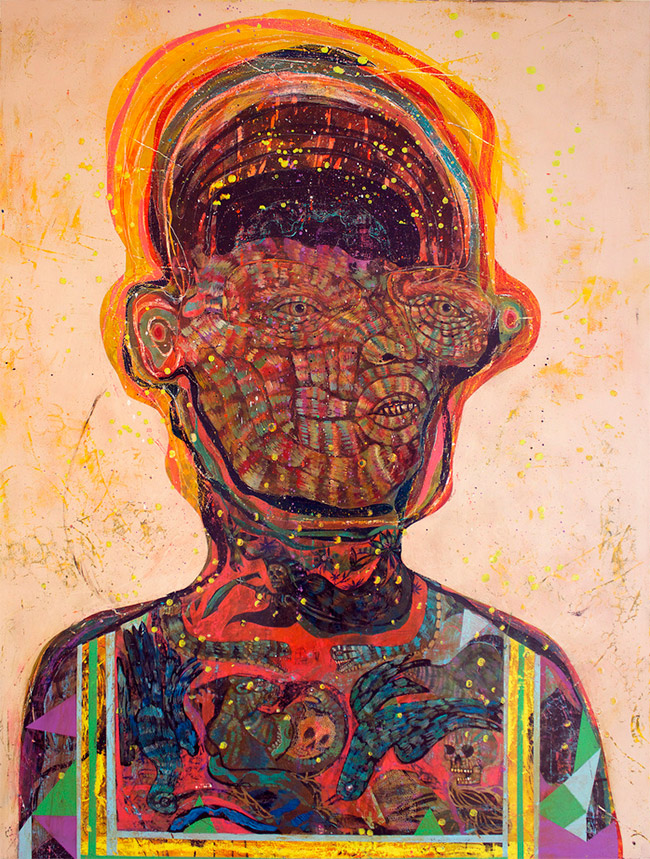 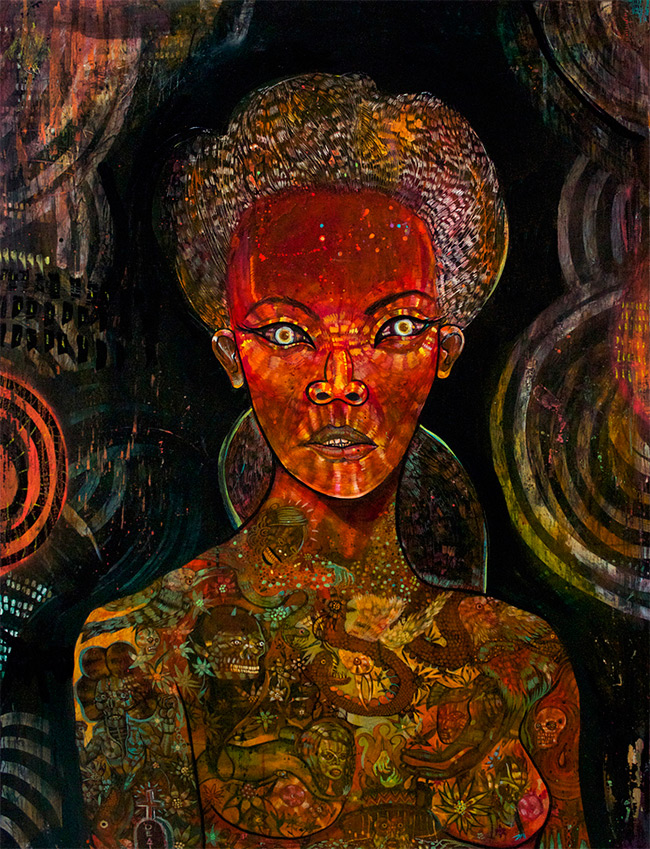 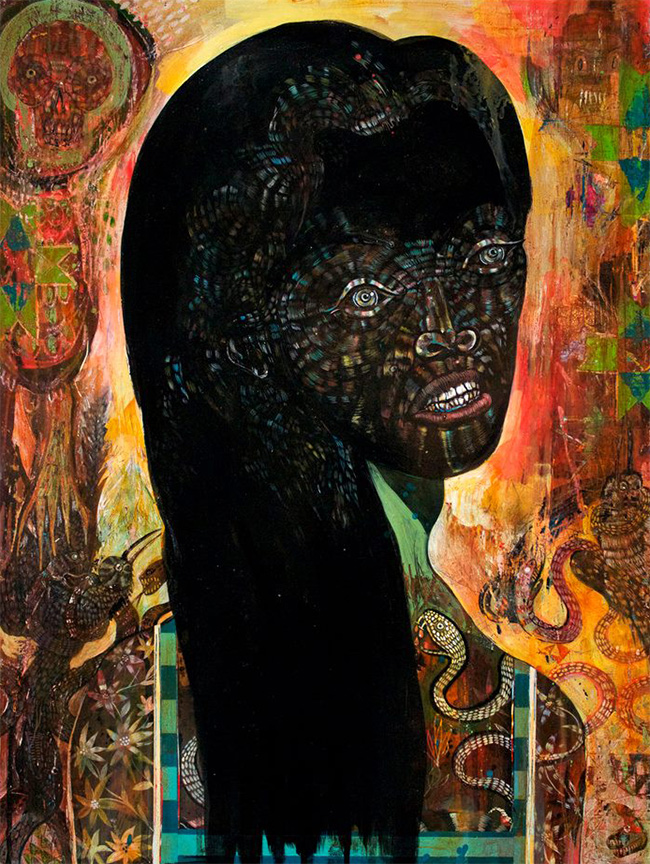 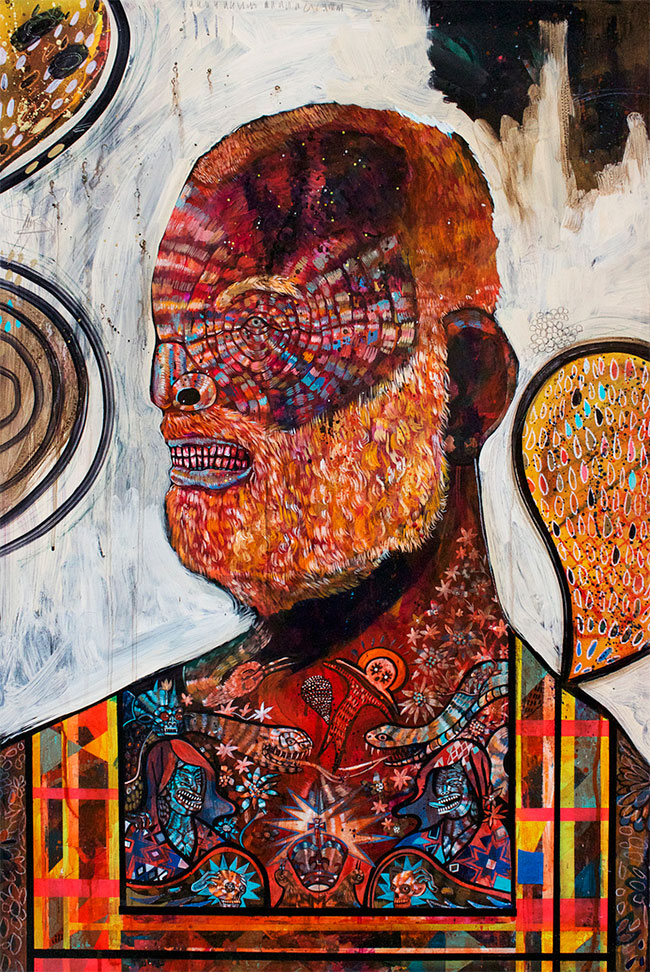 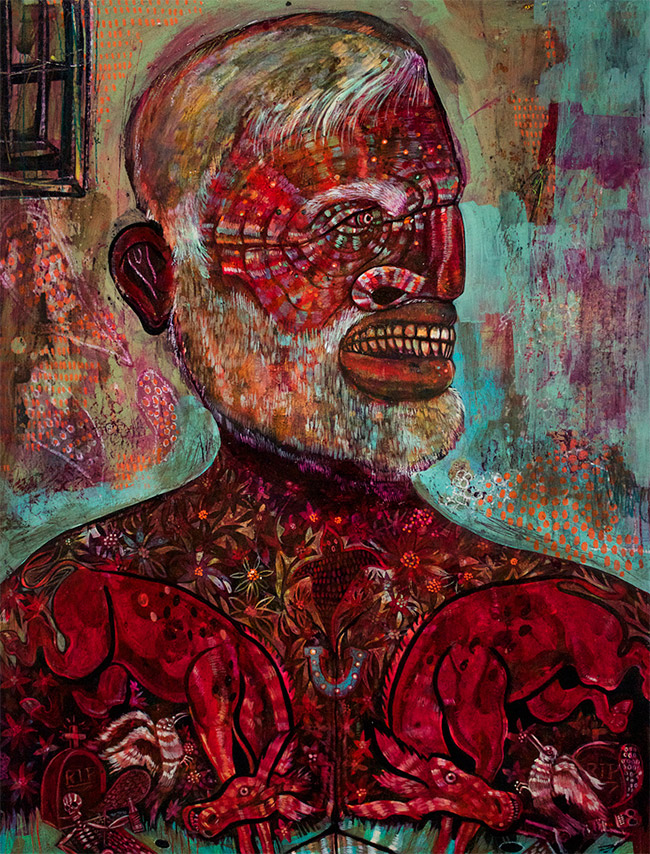 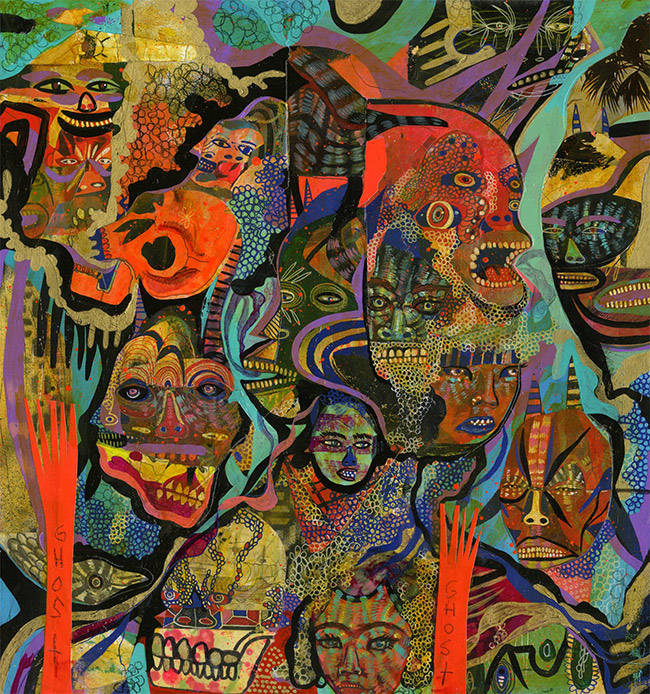 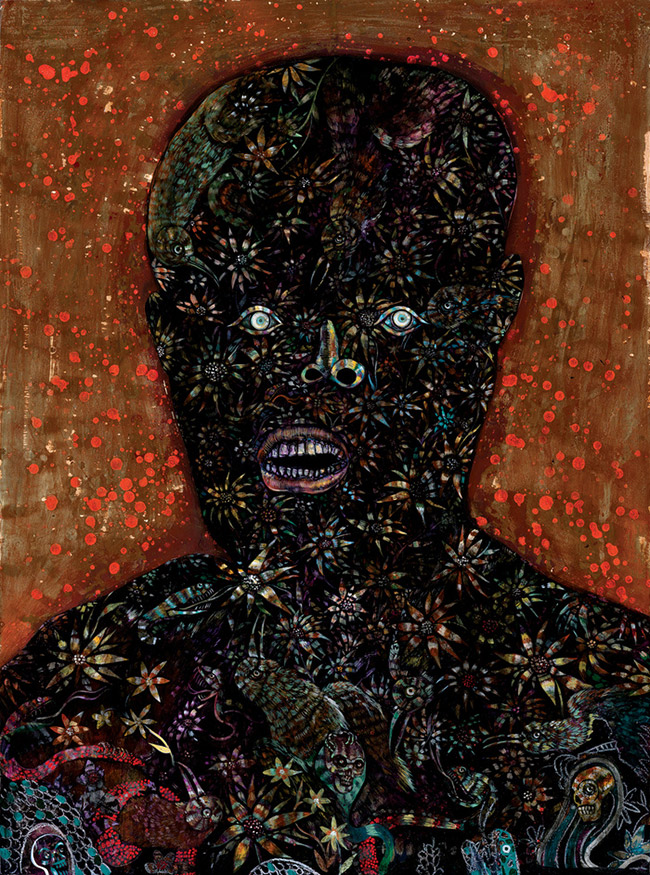