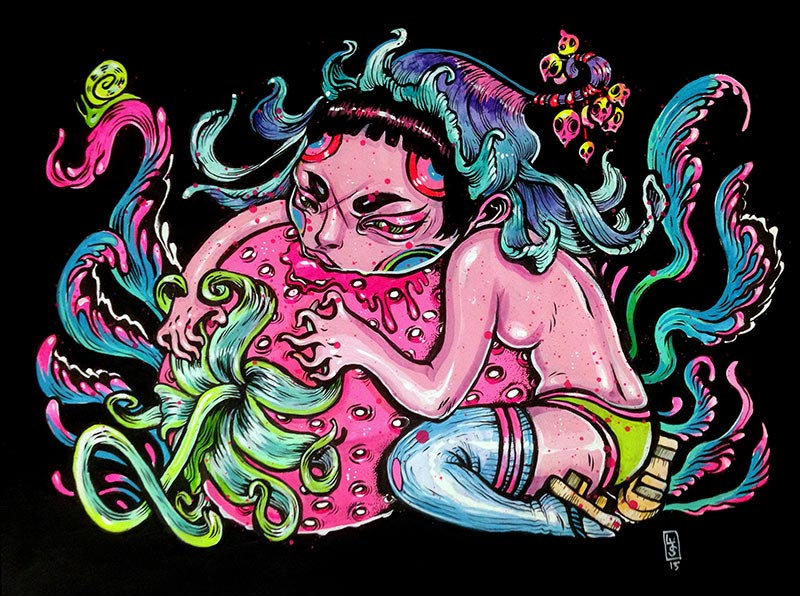 Lauren YS is a Bay Area artist whose work is influenced by multiple stages of focus, both geographically and in practice. With dynamic bouts in academics, literature and writing, teaching, illustration, and animation leading up to her arrival in the urban art sphere, the influences of these phases of her own career add up to a robust style of murals and fine art. Since graduating in 2013, Lauren has dedicated herself to creating large-scale works of public art that aim to bring a sense of vibrancy, wonder and positive uplift to every community she approaches.

Lauren’s work aims to create and populate a misfit wonderland in which imaginary heroines can address the absurdities of reality in the confines of a page or a wall. Influenced by dreams, mythology, death, comics, love, sex, psychedelia, animation, nostalgia, and her Asian-American heritage, Lauren’s work is often geared towards pushing a narrative undertone and always has a fantastical aesthetic.

Lauren has completed a residency and solo show at Nychos’ Rabbit Eye Movement studio in Vienna, and has since shown work and live-painted at various international art festivals and institutions. Festivals include Art Basel Miami, Pow!Wow! Hawaii, PangeaSeed Sea Walls (New Zealand), Wander and Wayfare SF, Colorado Crush. Outdoor and indoor mural locations include the World Trade Center in New York. She has shown work in galleries nationwide and in International cities including Vienna, London, Auckland, Melbourne and Sydney.

Lauren is also a contributing writer for Juxtapoz Magazine.

“I love women. Who doesn’t? Everyone likes to draw women; they are made of all these lines that for eons artist have relentlessly tried untangling, and they’re never gonna get it undone. And I hear all this ire about how artist only draw “pretty girls” but there’s a reason – what do you want to look at and think about at the end of the day? Women are strong and wild and infinitely interesting in every iteration. Sometimes I draw them super hot like Marvel characters, sometimes they are chubby and lumpy lizard witches, and I love them all. I must have brought a thousand women into the world by now – a huge crowd of weird chicks, I hope they are all hanging out somewhere, I hope they get along, can go moshing together. By exploring the myriad ways to portray women, I’m exploring all the shit inside myself too.” – Lauren YS (Athen B. Gallery) 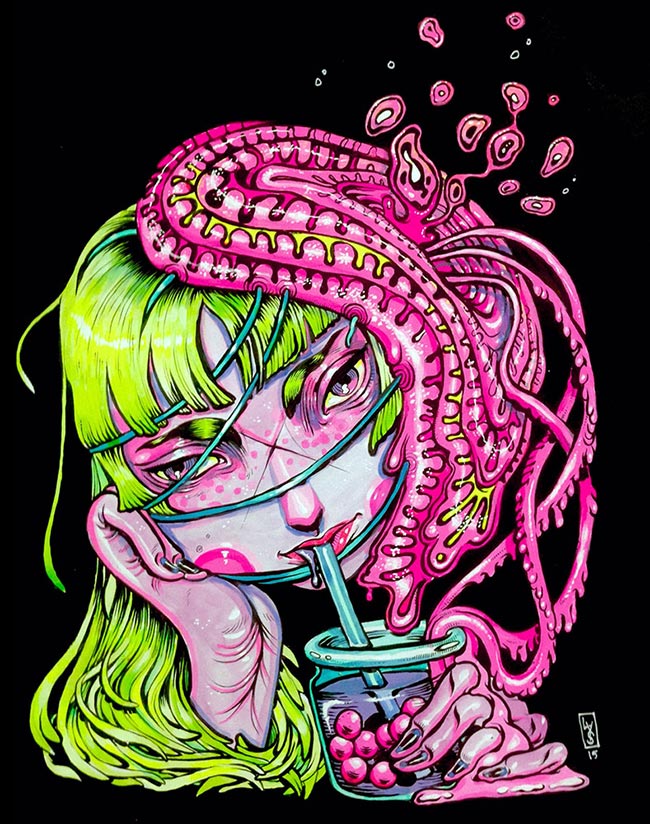 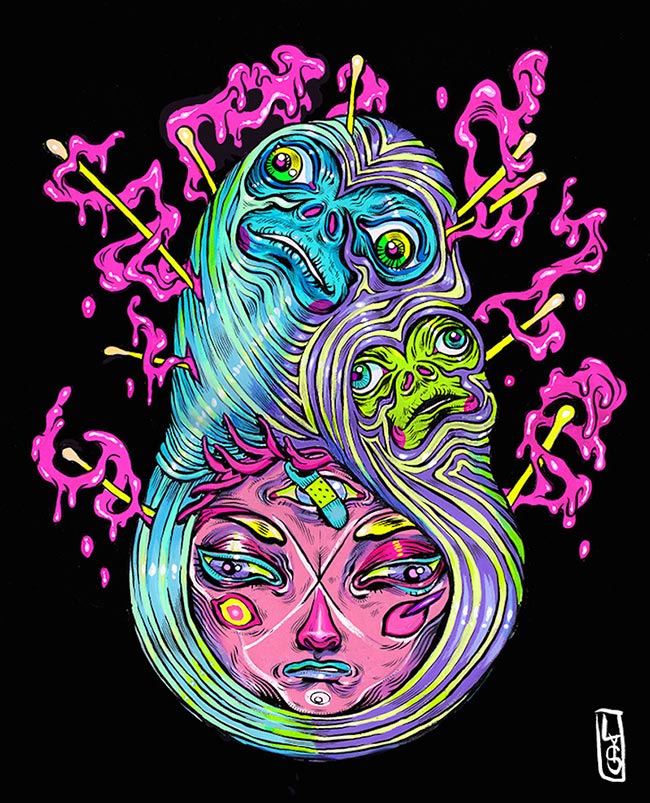 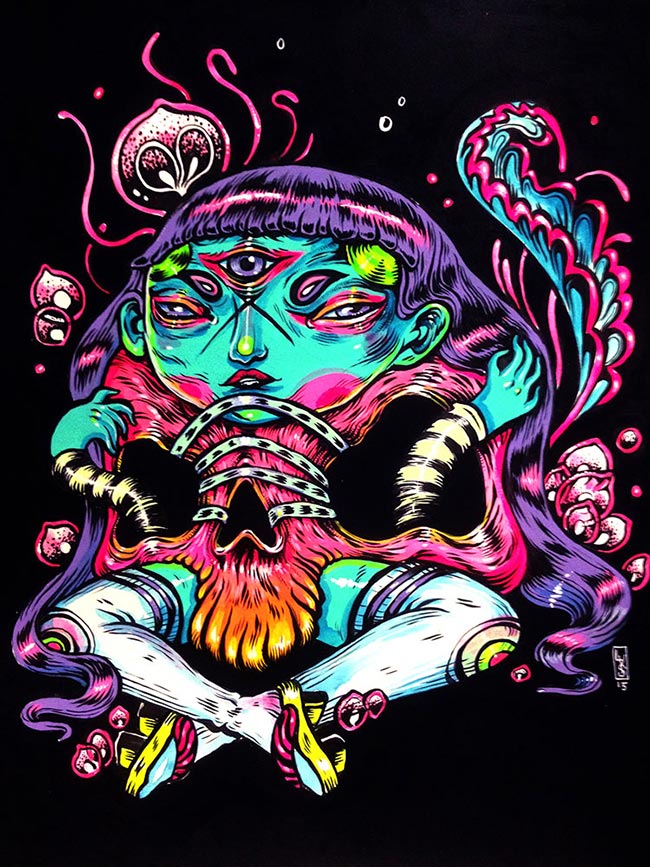 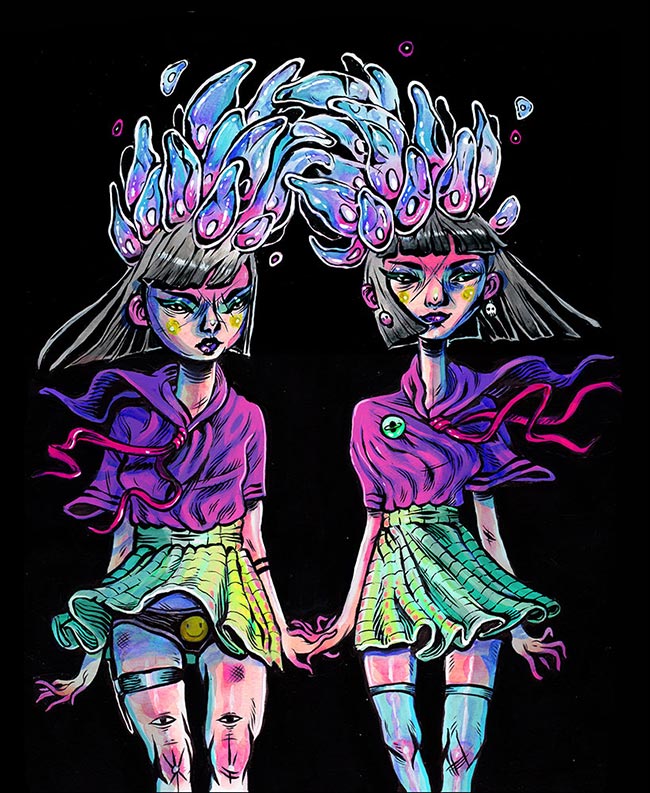 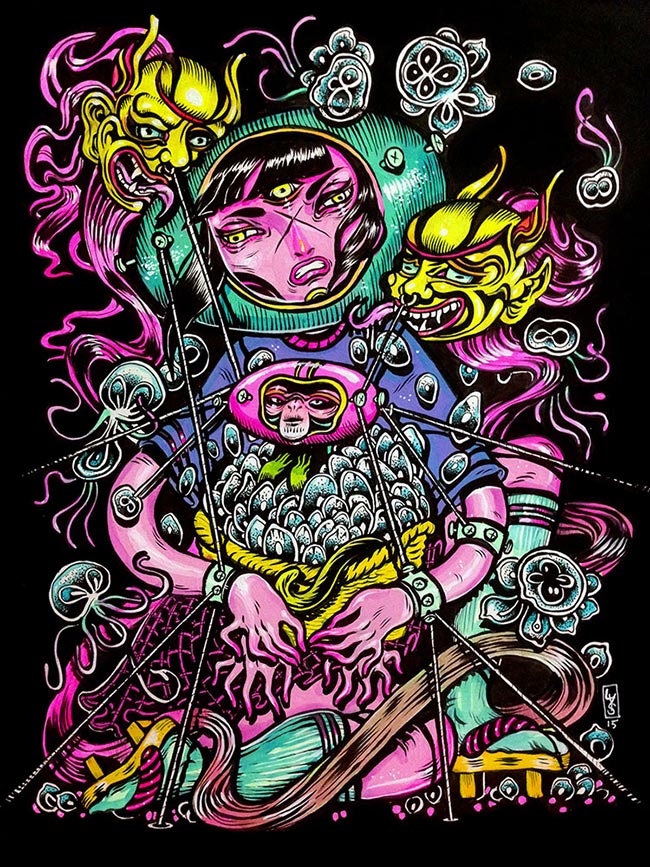 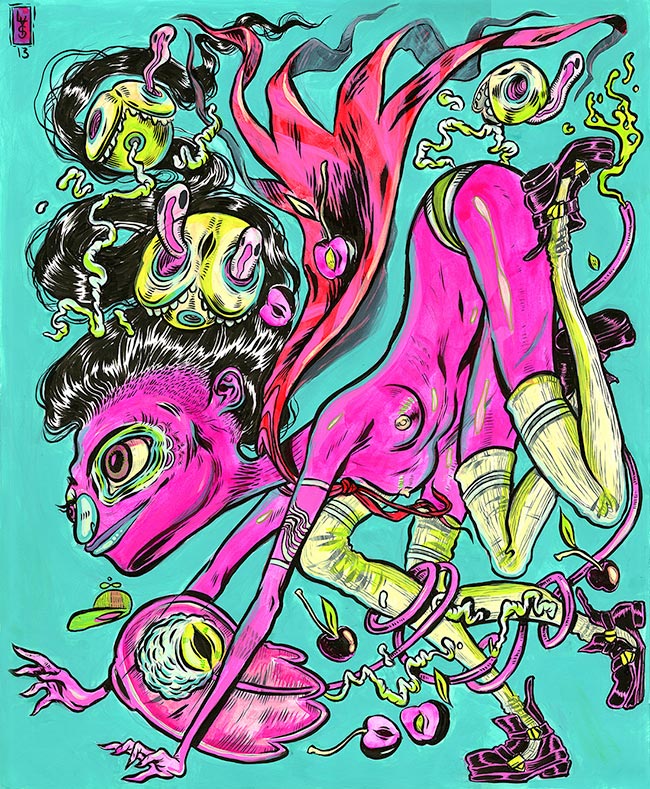 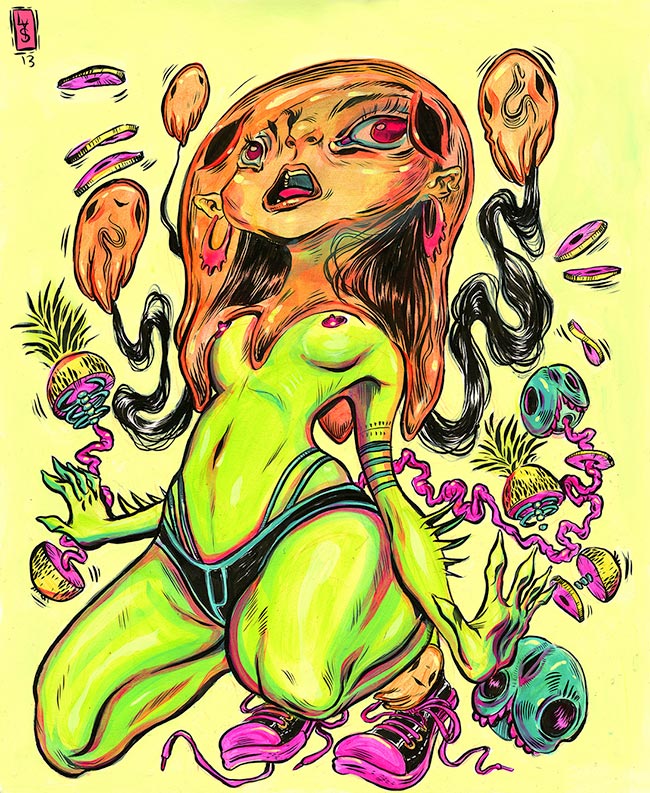 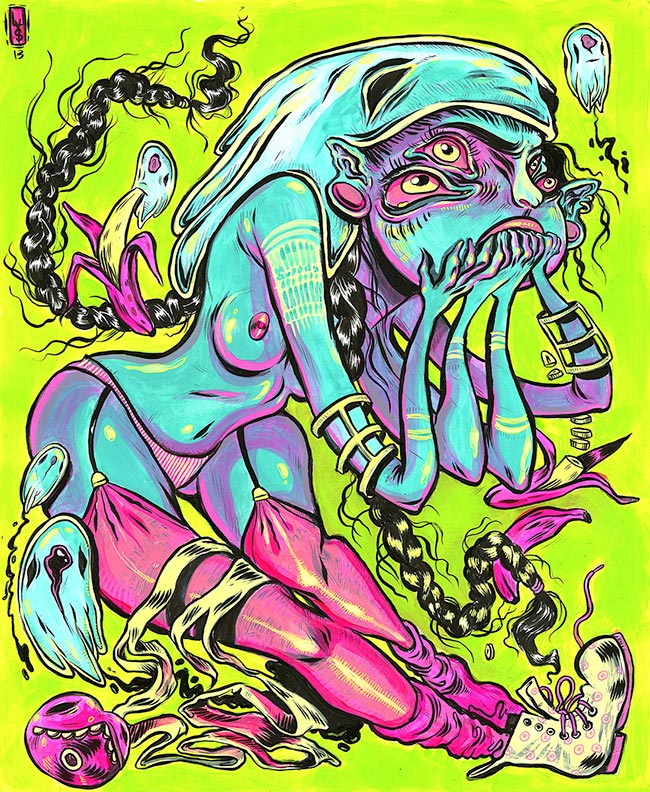 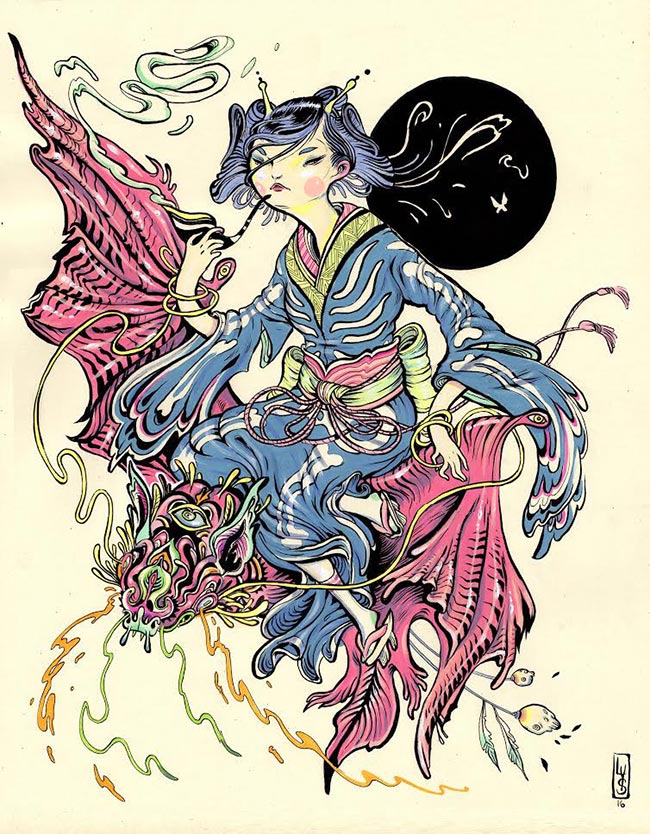 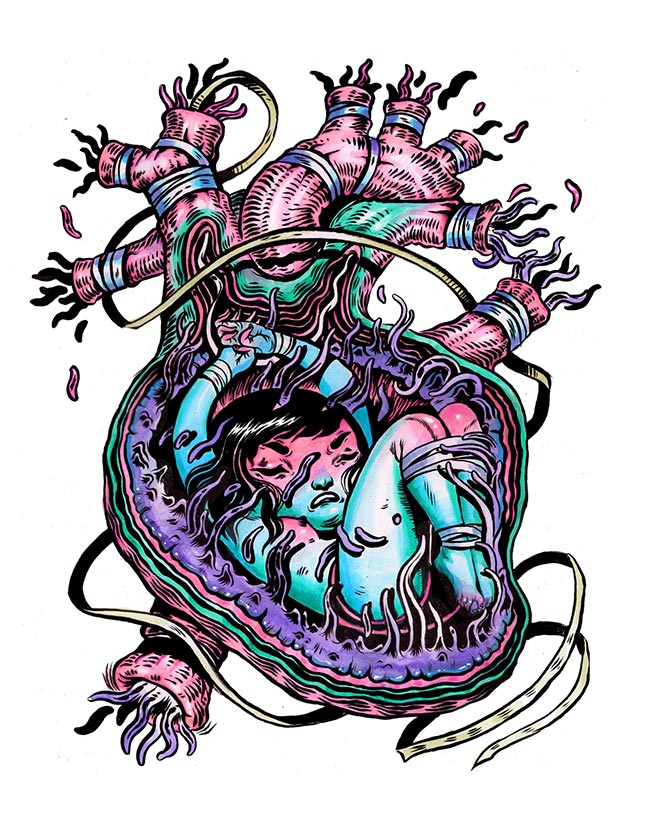 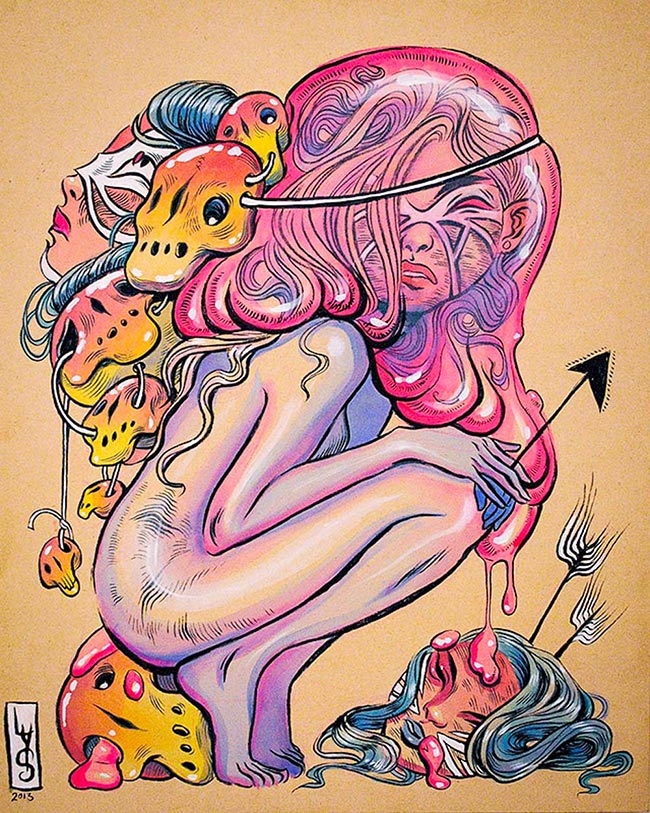 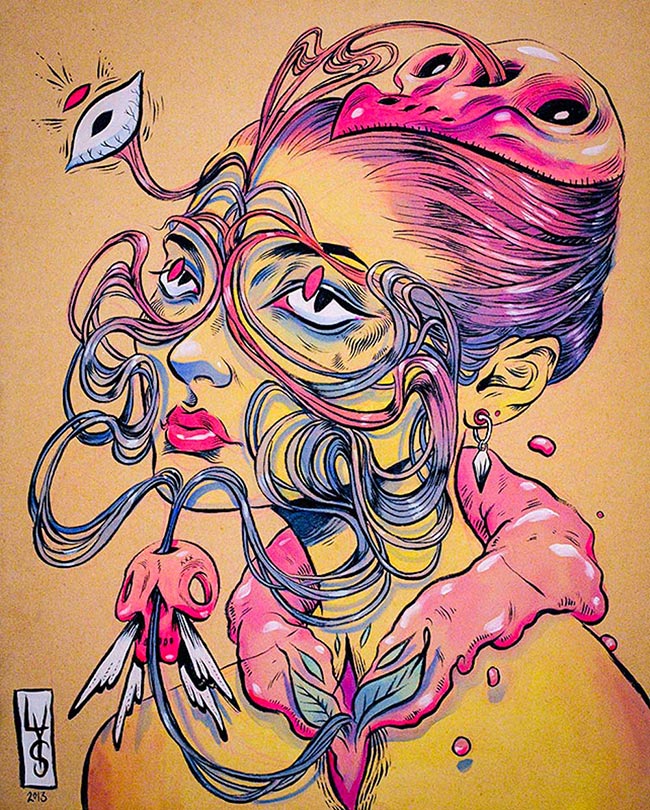 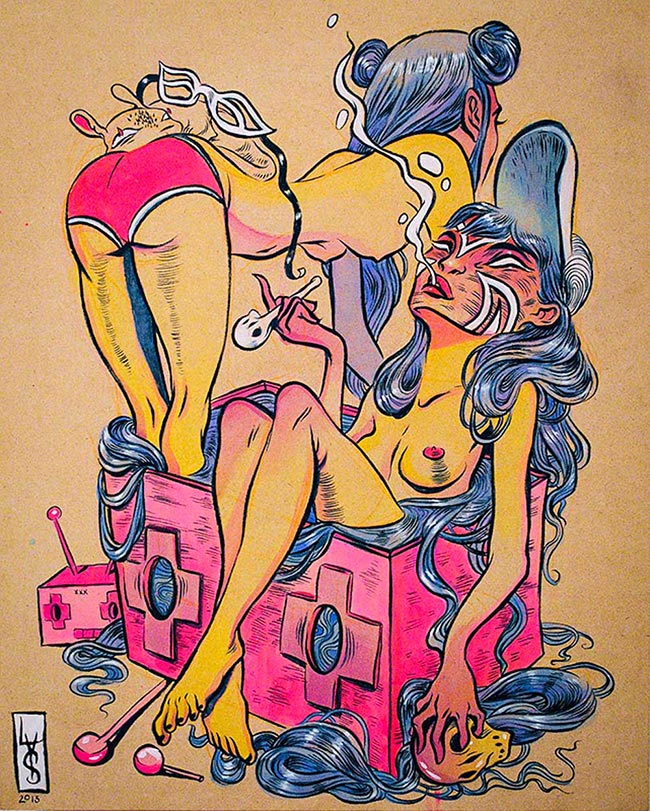 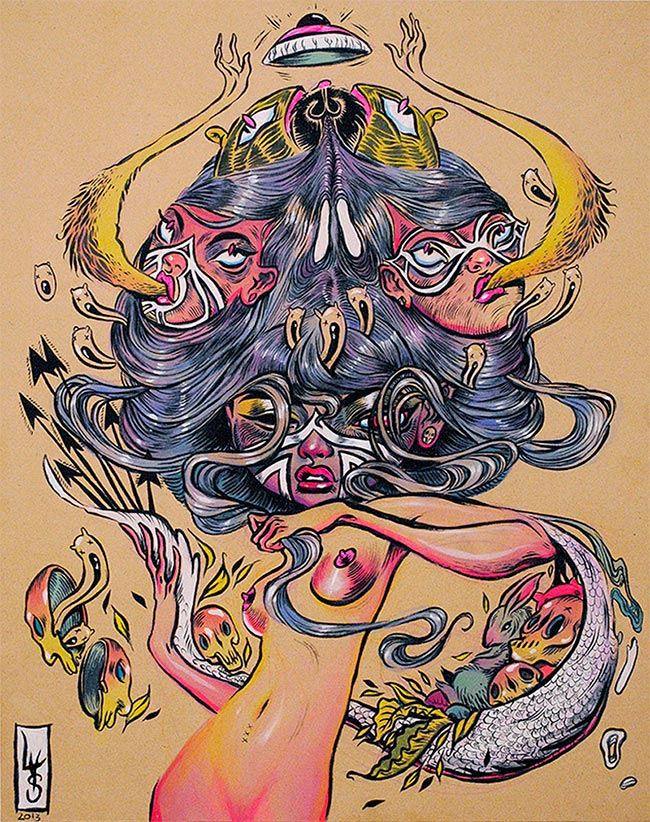 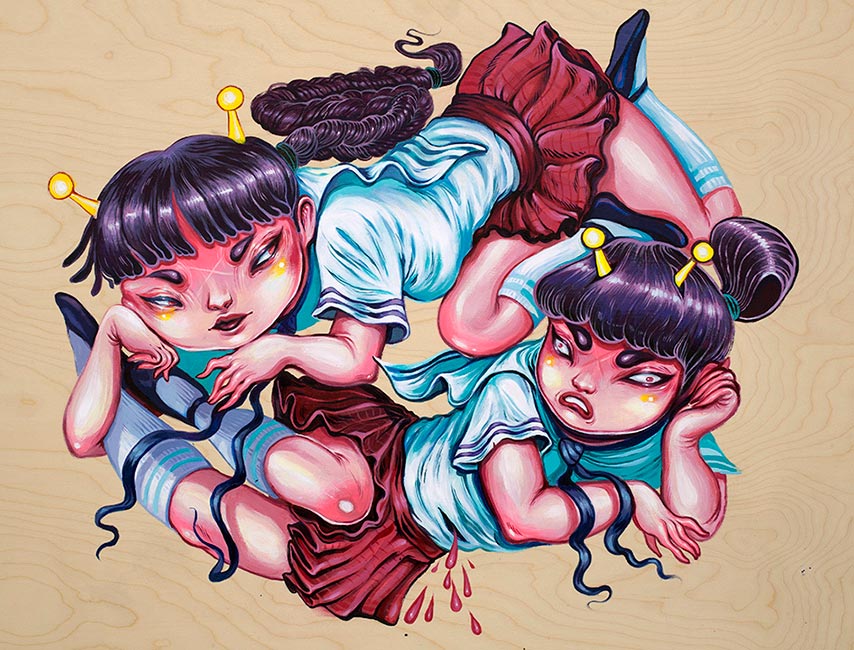