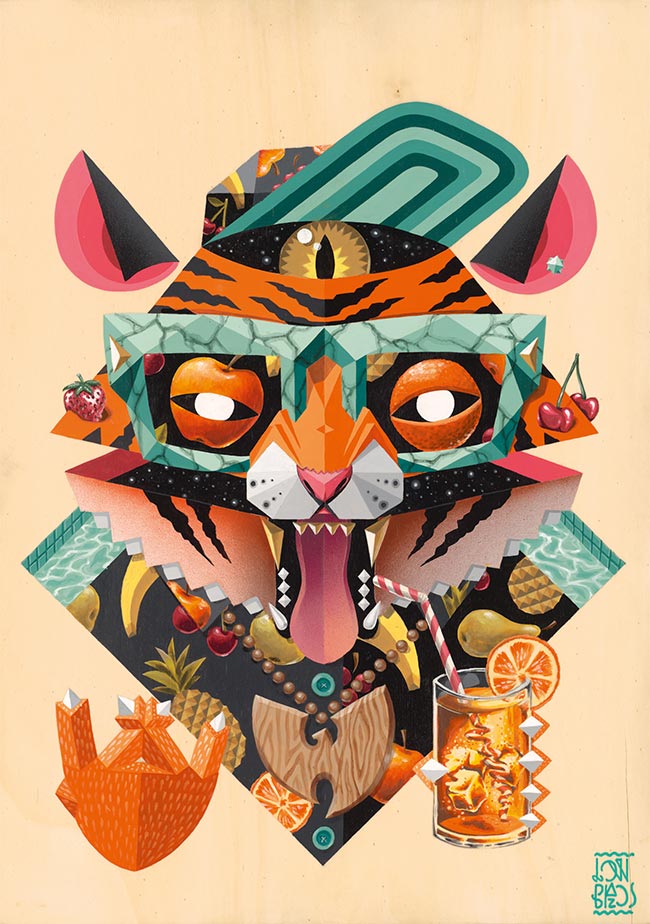 The Low Bros is an artist duo, which is made up of brothers Christoph and Florin Schmidt – formerly active as graffiti writers Qbrk and Nerd. Their work most often centers around stylized animal characters with human features, and addresses graffiti, hip hop, skateboarding and other elements which influenced and shaped the artists’ youth in the 1980s and 1990s. While the poses of the characters in the painted scenes come off as macho and overly masculine, a closer look quickly reveals that this is not taken too seriously. The Low Bros also address current topics in their work, which hint to future developments. Their documentation of the youth culture of the 80s and 90s is intended to conserve a former way of life. The use of contemporary methods, however, gives thematic glimpses into the future. The protagonists of their work embody codes and attitudes of city life, which are in contrast to the natural purity of the animal and nature motifs, also integral to their work. This tension drawn from the ambivalence between urbanity and nature gives rise to a whole Low Bros universe.

The work of the artist duo is fueled by the complex interaction between two-dimensionality and three-dimensionality: It is the synergy of geometric and flowing organic shapes, cubic effects, expressive color grids and multifaceted patterns that brings their work to life. Influences from design and illustration can be seen, as well as the cool and abstract video game aesthetics from the 80s and 90s, and the psychedelic shapes and colors of ancient cultures. Great attention is also given to technical precision and detail. The accentuated play of light and shadow intensifies the contrast and unites the seemingly un-unitable, such as street life and subtle natural mystique. This is done, however, in a rather light-hearted way, thanks to many humorous details, which become apparent upon closer examination. Ambivalence with a wink – this is how the world of the Low Bros could be described; a world where painted scenes are transformed into surreal places of wonder.

The artist duo Low Bros formed in 2011 and has since created numerous thematic series featuring their characters. Their mural, canvas and multimedia projects, as well as their installations have been featured in group shows and solo exhibitions around the world. The Low Bros live and work in Berlin.

“Our animal characters often represent certain stereotypes and groups of people we have met or observed. A character can also become representative of a whole subculture. But sometimes they may also be representative of a place. In some cases, we have portrayed people in a very reduced way to offer a projected surface where the viewer can interpret what they want to see in it.” – Low Bros (The Hundreds) 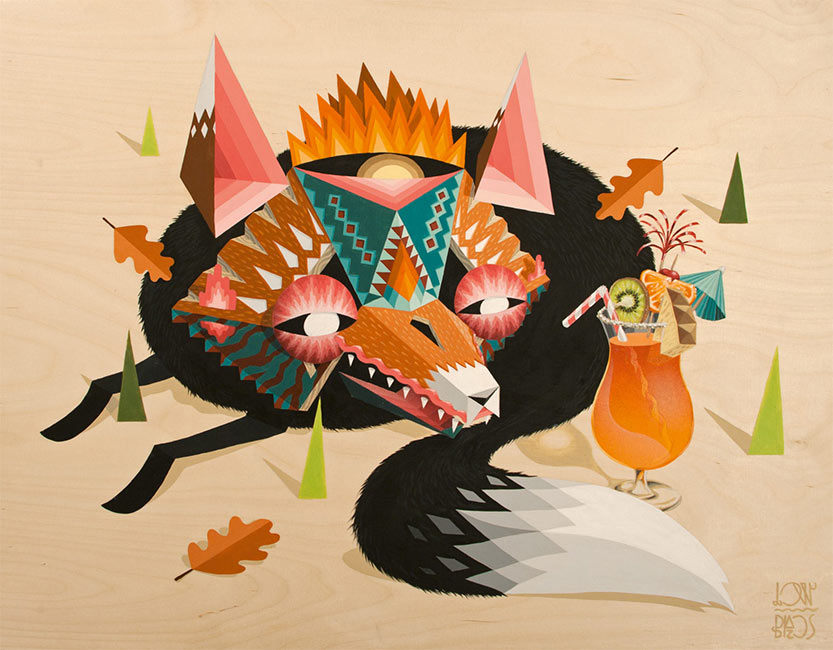 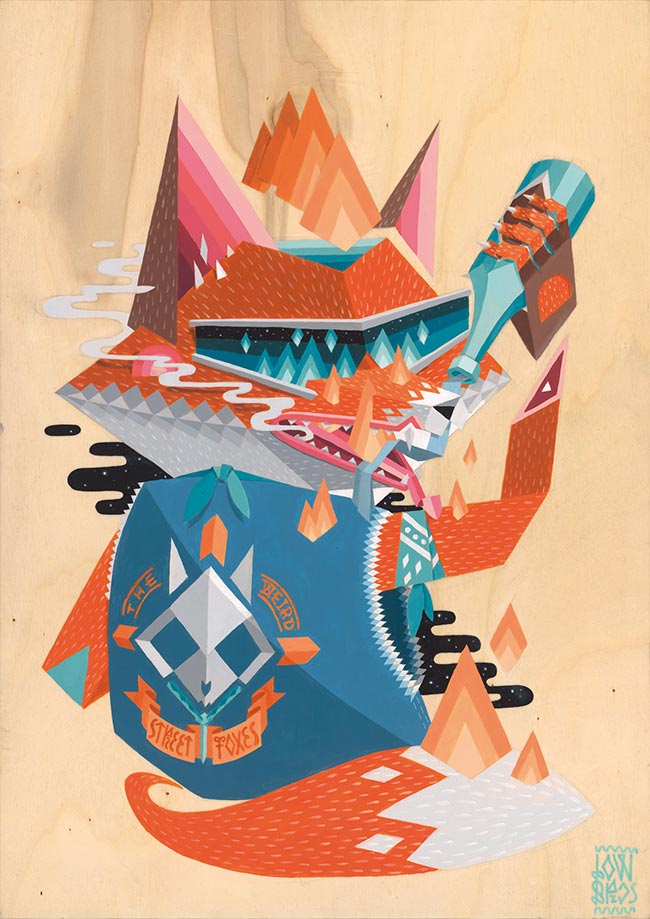 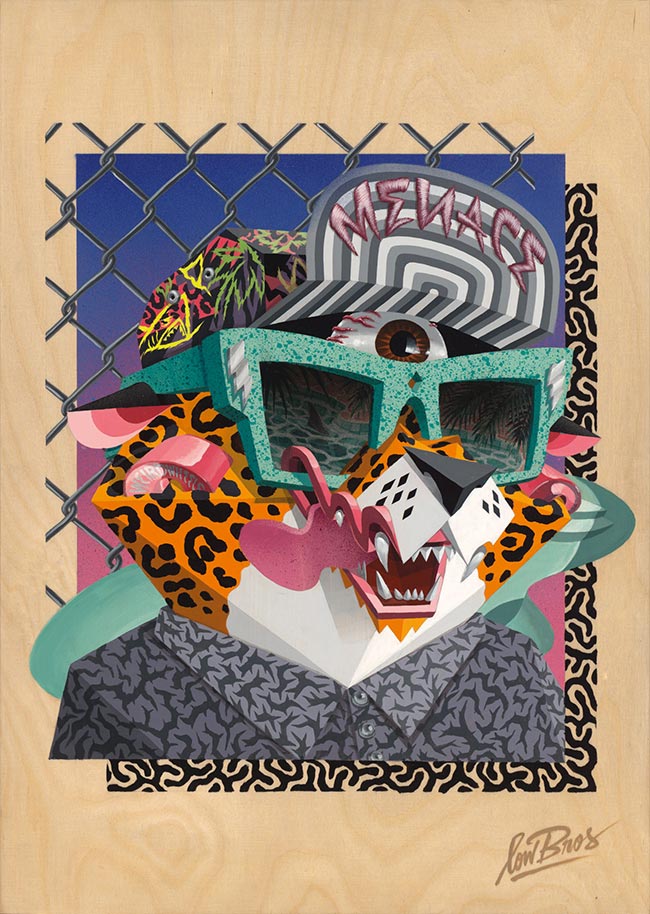 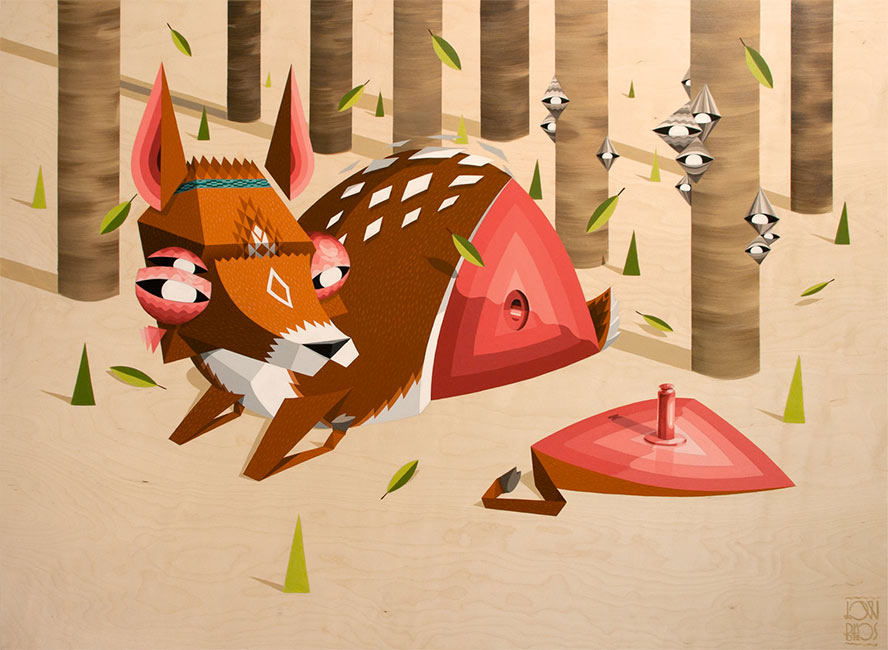 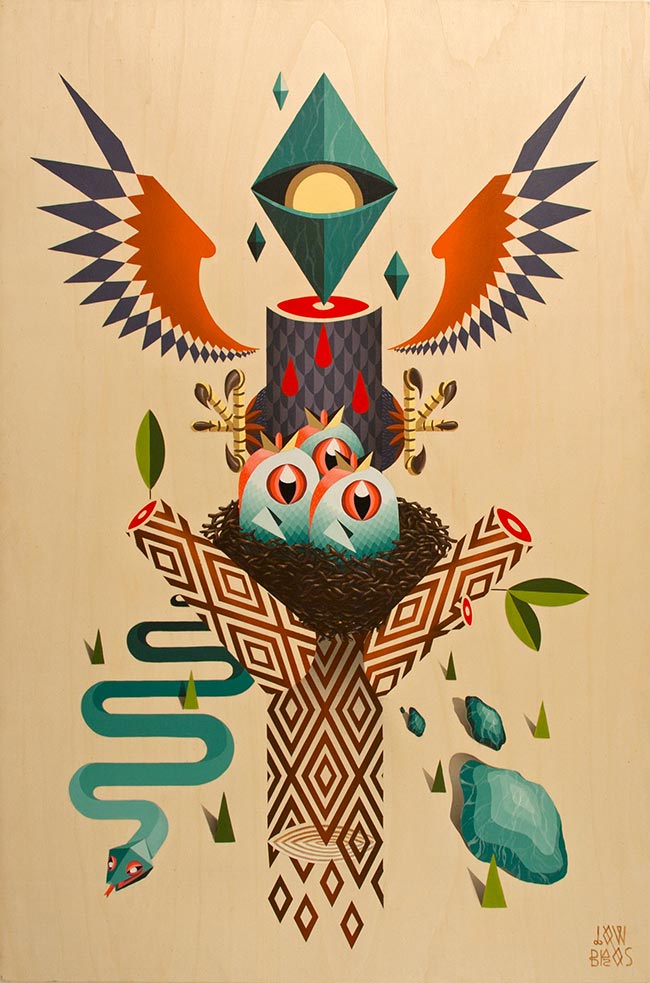 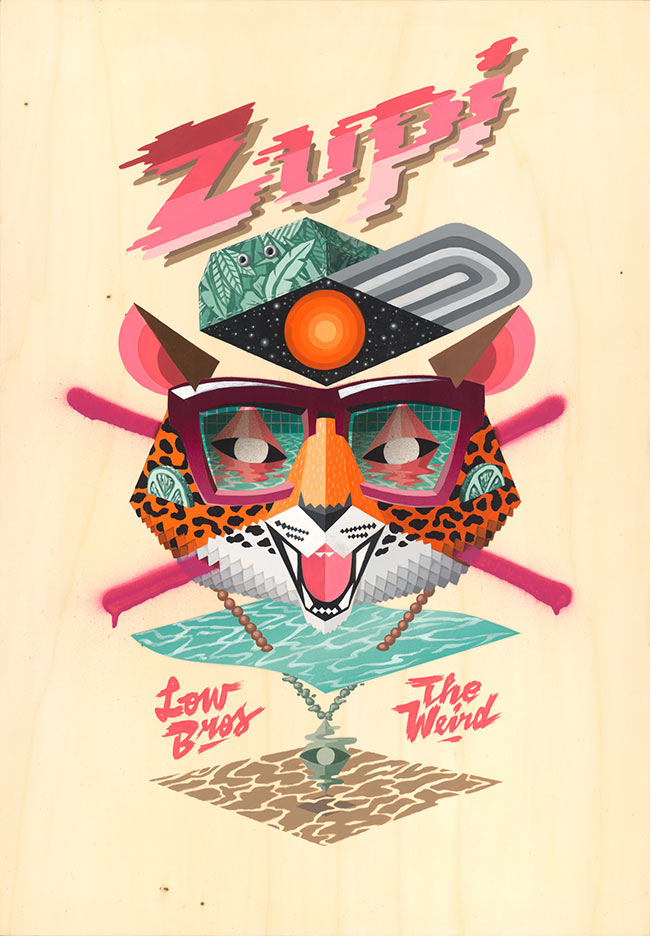 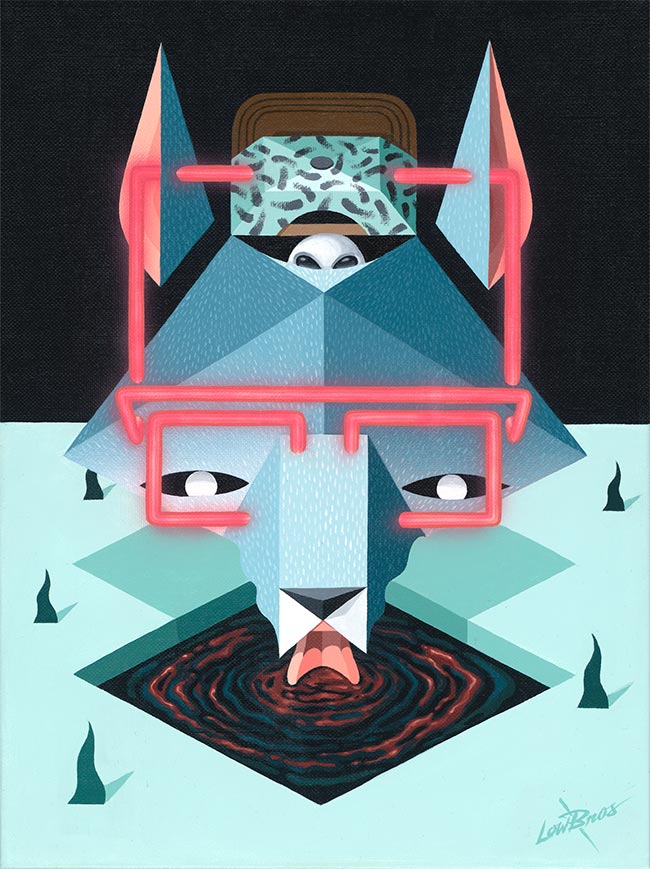 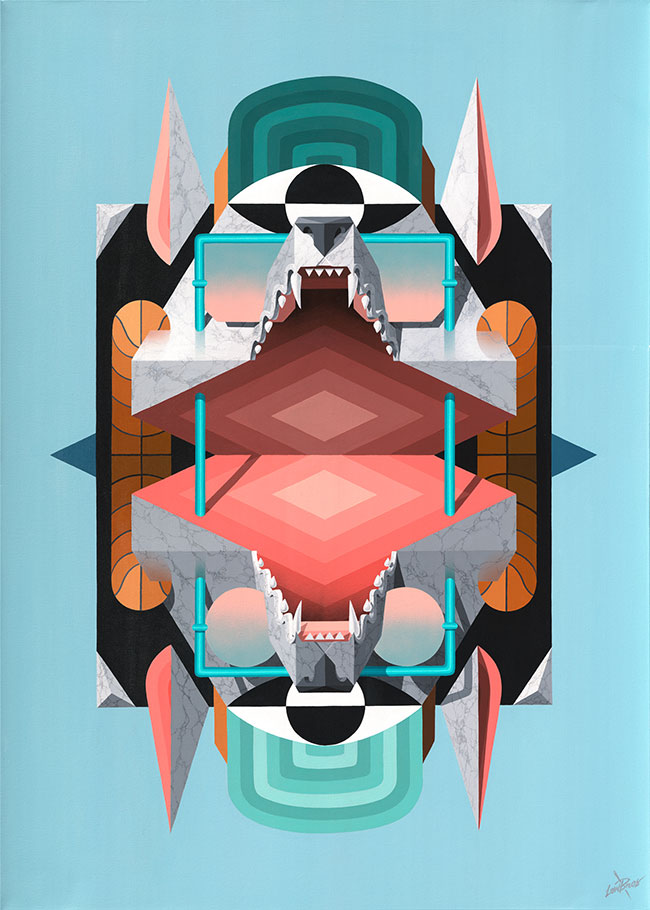 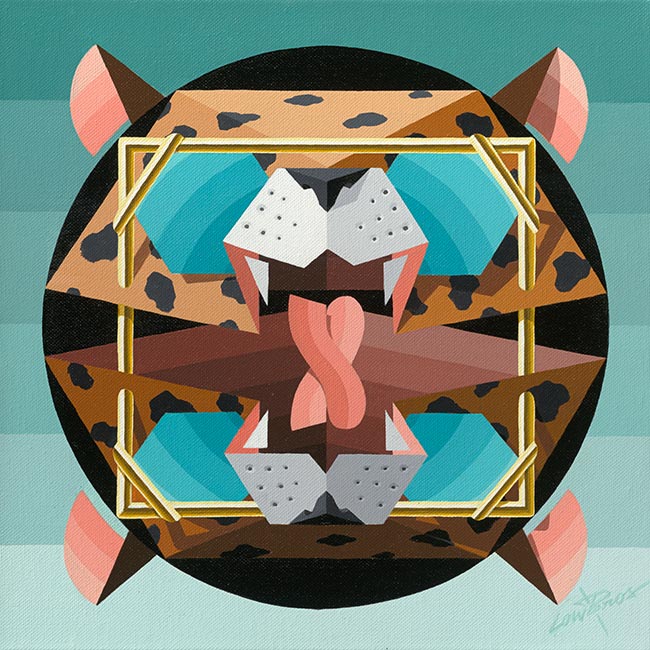 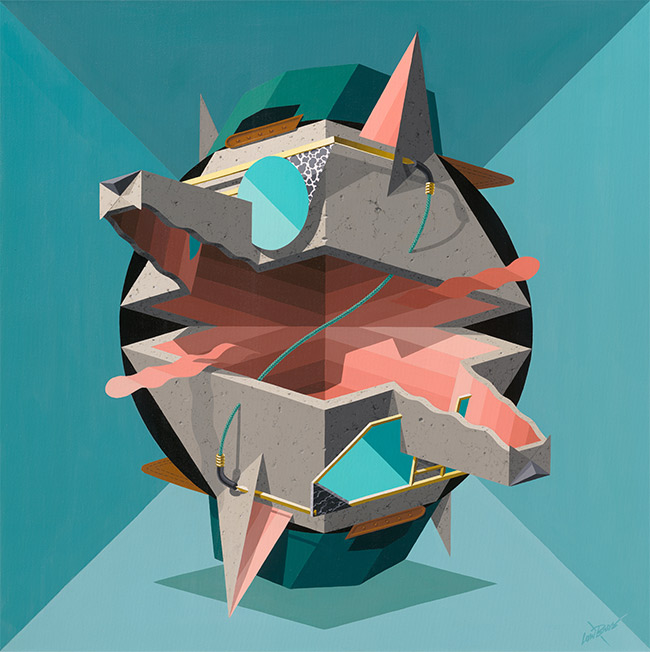 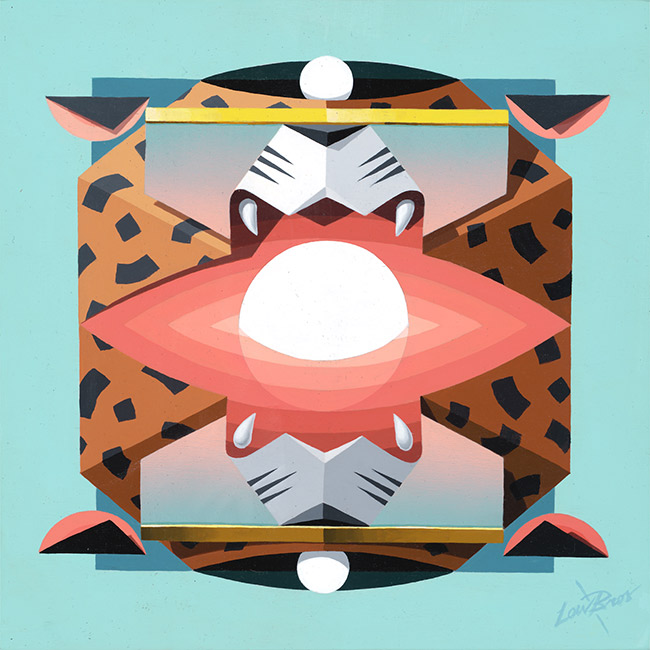