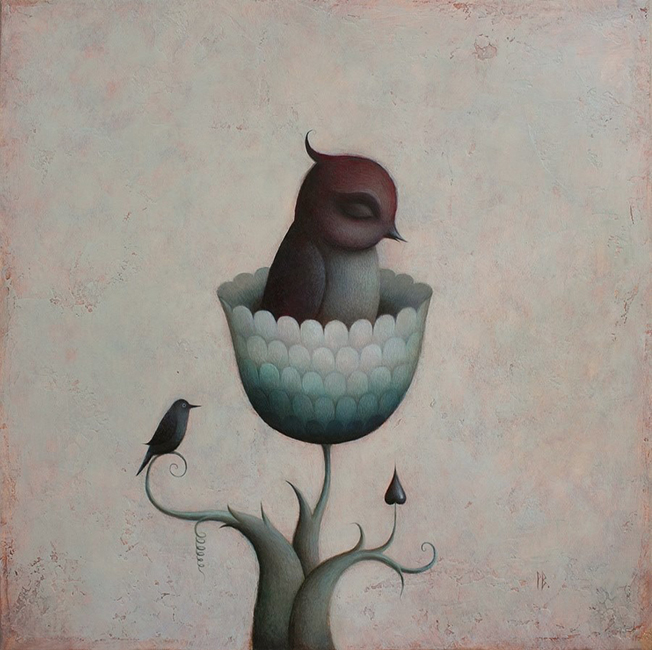 Paul Barnes lives and works in the north of Scotland. His paintings are shown in notable galleries in the UK, Europe and USA and have gained him international recognition within the ever expanding New Contemporary Art and Pop Surrealism movements. Paul’s mythical characters are allegories of human emotion. Against a landscape inspired by the natural surroundings of his native north of Scotland, narrative threads are woven around the interactions between his anthropomorphised figures, often greatly inspired by his three children, the purity, innocence and curiosity of their being and the infinity of their imagination. His paintings are characterised by a warm, muted palette with a textured and aged appearance, reminiscent of Italian fresco painting, in a space free from the boundaries of time or culture.

“I guess my closeness to nature and the slight isolation of growing up in the rural north of Scotland, along with my fascination of its ancient traditions rich in folklore and legend no doubt forms the basis of my work. It’s this inspiration, from a very early age, that fuels a big part of my imagination today. Resurrecting the creatures from my childhood memories, conscious of the innocence and naivety in the forms, I enjoy playing with them like I did as a child. I try hard to make my paintings look old with a sense of timelessness and space, kind of like a dream or distant memory that has become all blurry and faded. I feel very lucky to have had some interest in my paintings in the USA lately and am honored to have shown in galleries such as Thinkspace Gallery, La Luz de Jesus, Billy Shire Fine Arts, DvA Gallery, Carmichael Gallery, and Gallery1988, alongside so many incredible artists of the New Contemporary Art movement.” – Paul Barnes 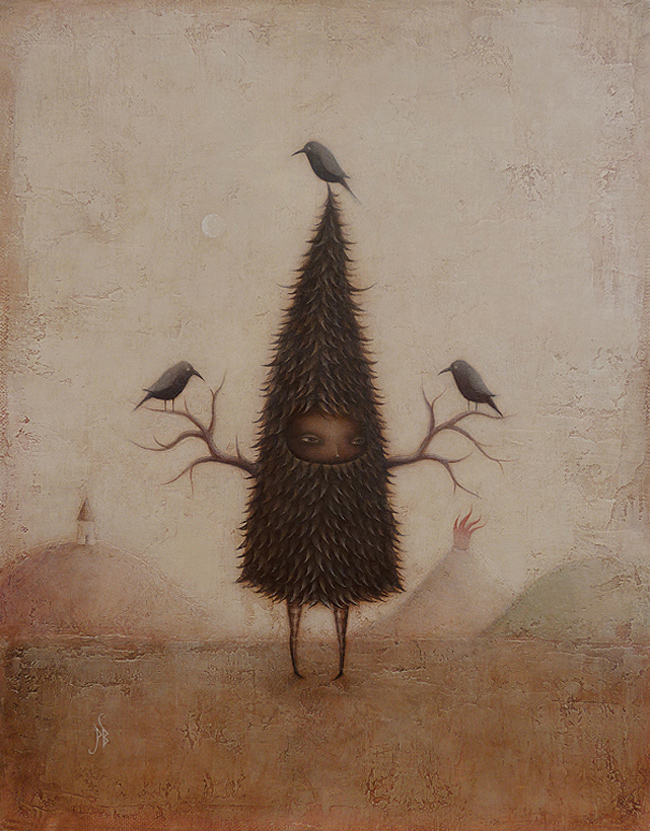 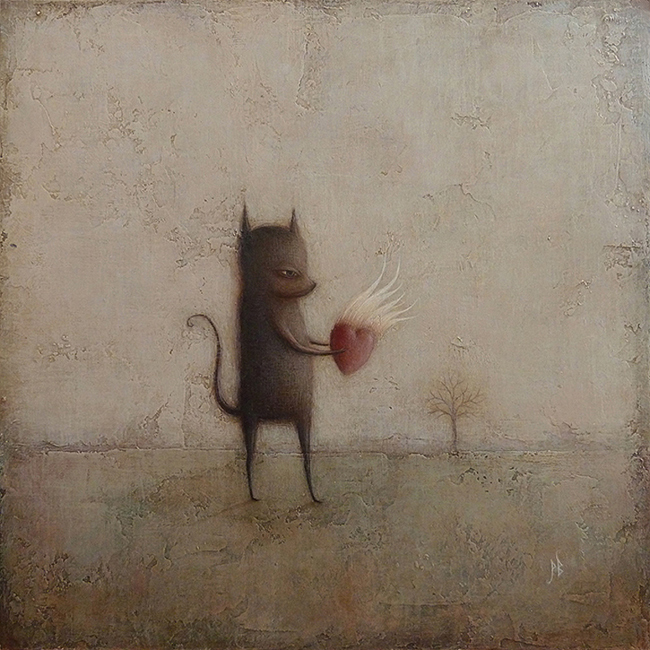 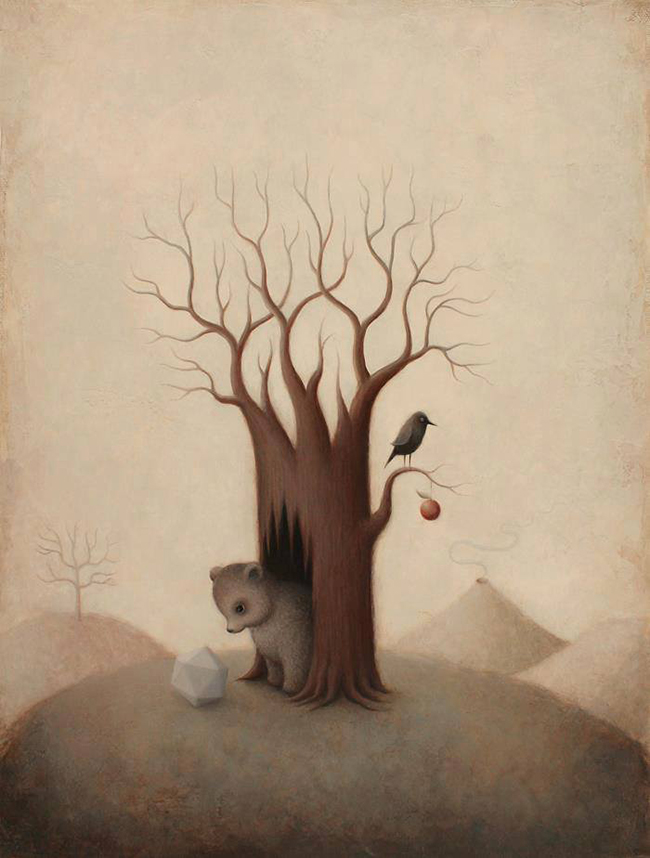 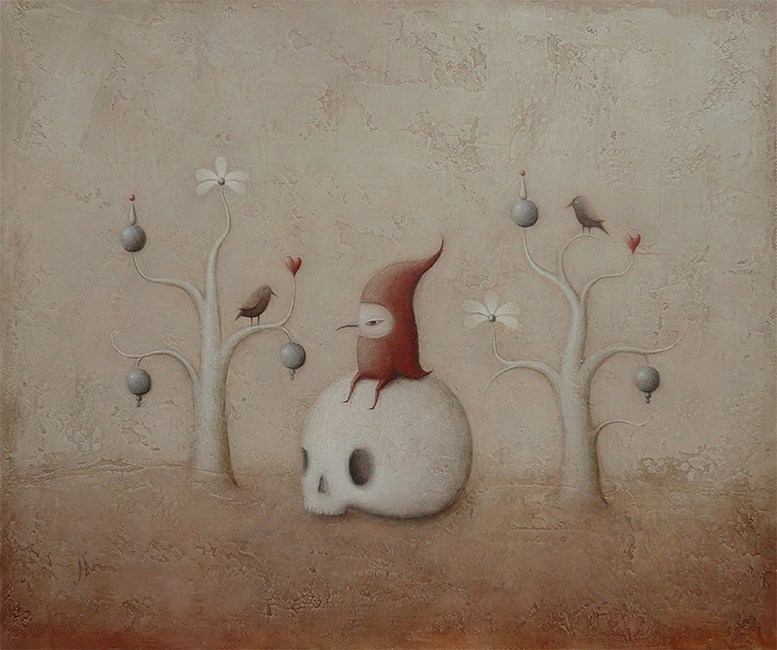 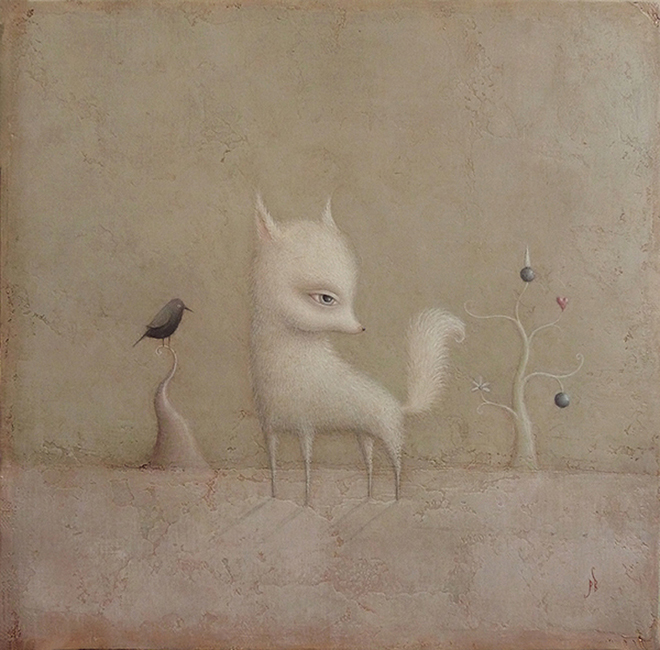 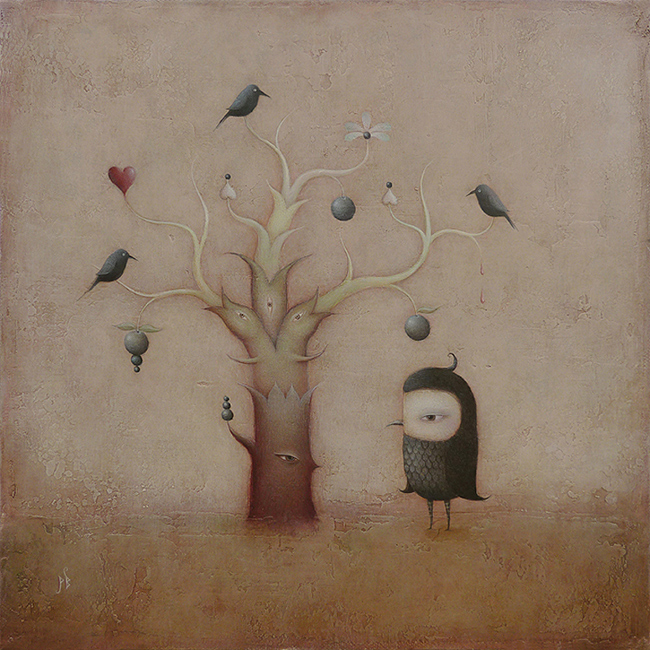 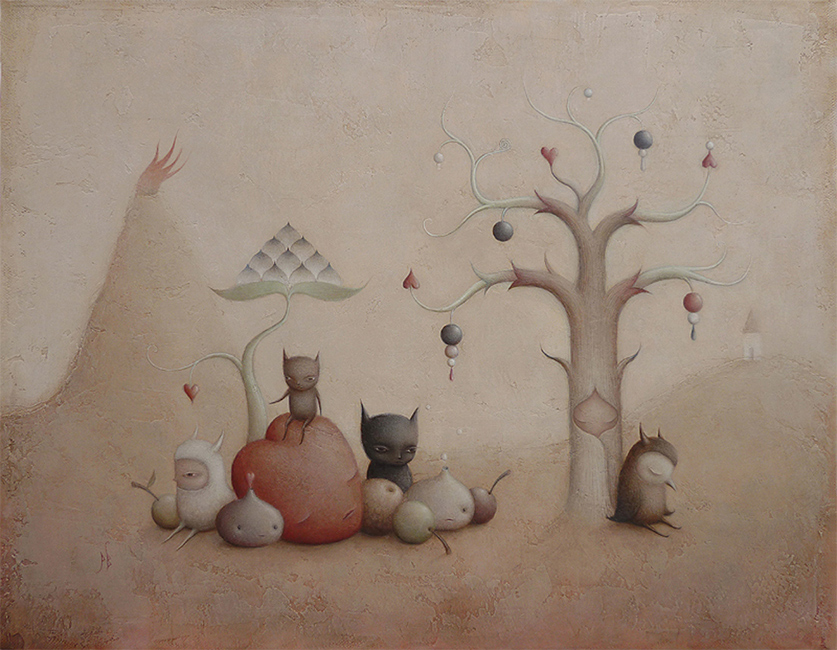 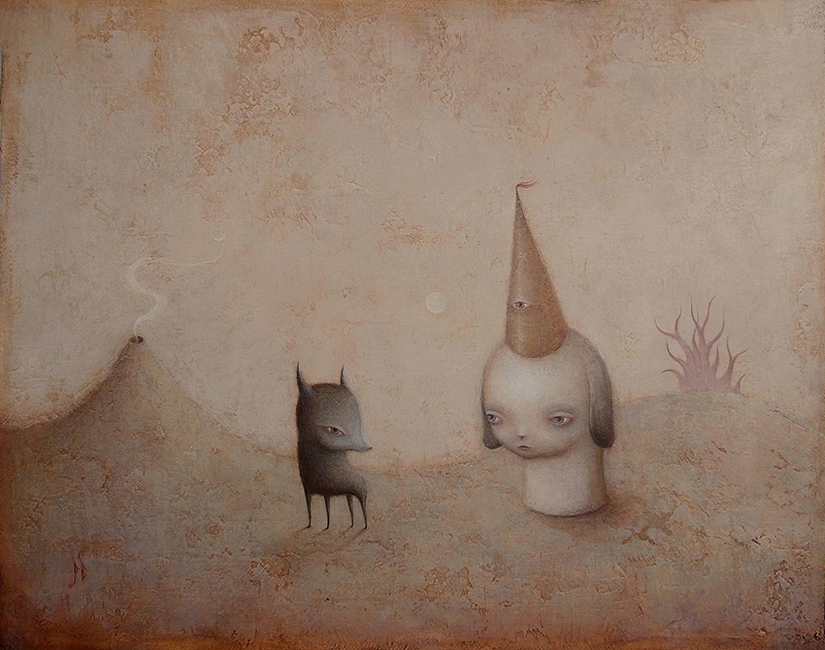 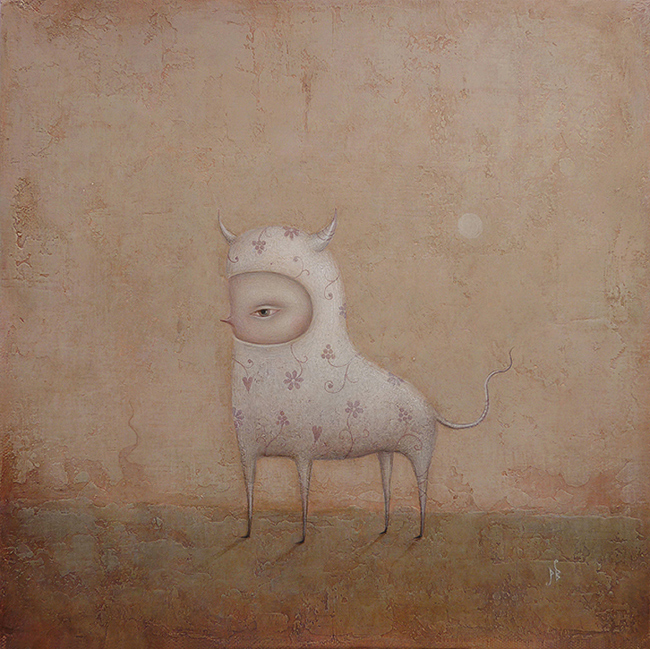 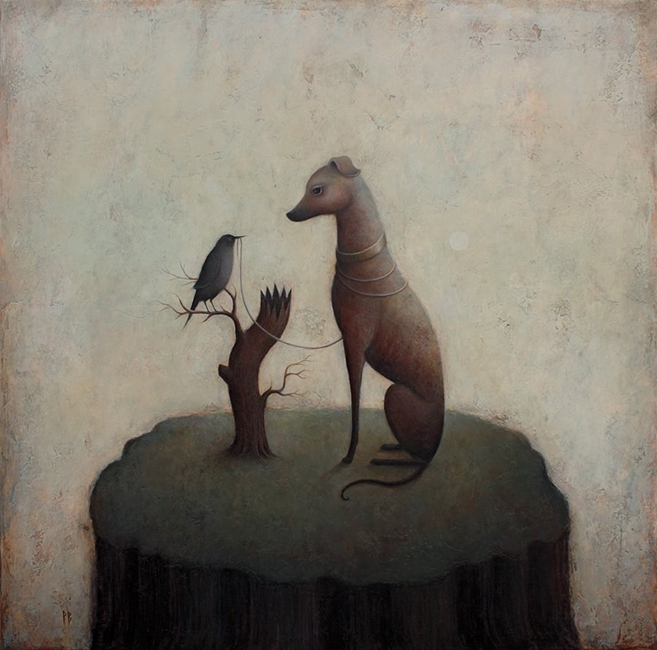 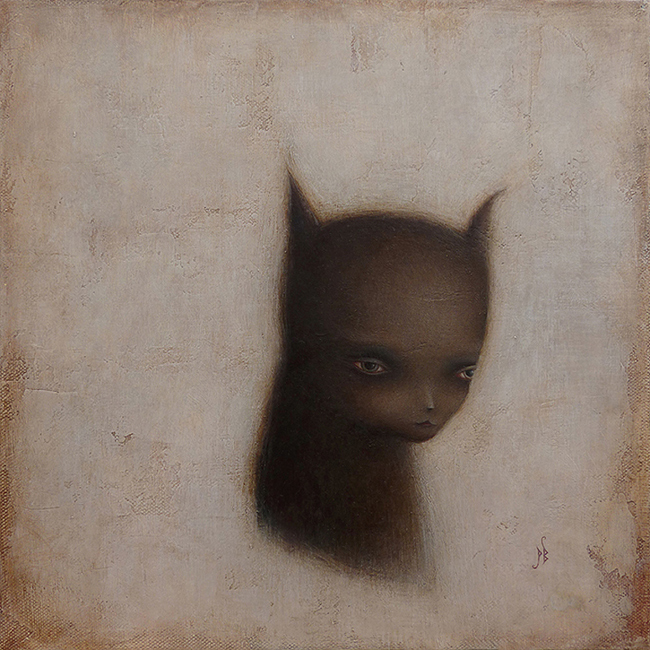